Located in the heart of Florence, on one of its most elegant streets, the “Obicà Mozzarella Bar” is a restaurant that focuses its menu on the Mozzarella di Bufala Campana Dop, in its many forms. Because it is set back from the street front, you have to look for it, like a hidden treasure. And in fact, located in the cloister of Palazzo Larderel, it looks just like a jewel box open to anyone in search of a relaxing place to stop, something intimate sheltered from the commotion of the city. What is most striking is the extraordinary coexistence between the memory of the historic building and the contemporary language that the bar has chosen to express itself. Here food and design constantly interact, offering a gratifying atmosphere for both the palate and the eye.

The story of “Obicà” dates back to the early 2000s, when its founder Silvio Ursini (executive vice-president of the Bulgari Group), travelled to Japan and attended a ritual for preparing sushi in an open kitchen: a culinary culture so different from Italy’s, which shares with it however the careful selection of raw materials and attention to the way the dishes are presented. Since then, the idea of preparing food under the eyes of consumers has become central to “Obicà”. In 2004, he founded his first venue in Rome: it was so successful that he has opened many others over the years, in Italy and around the world (there are 24 of them today, between Rome, Florence, Milan, Palermo, Serravalle, London, Los Angeles, New York, Tokyo). 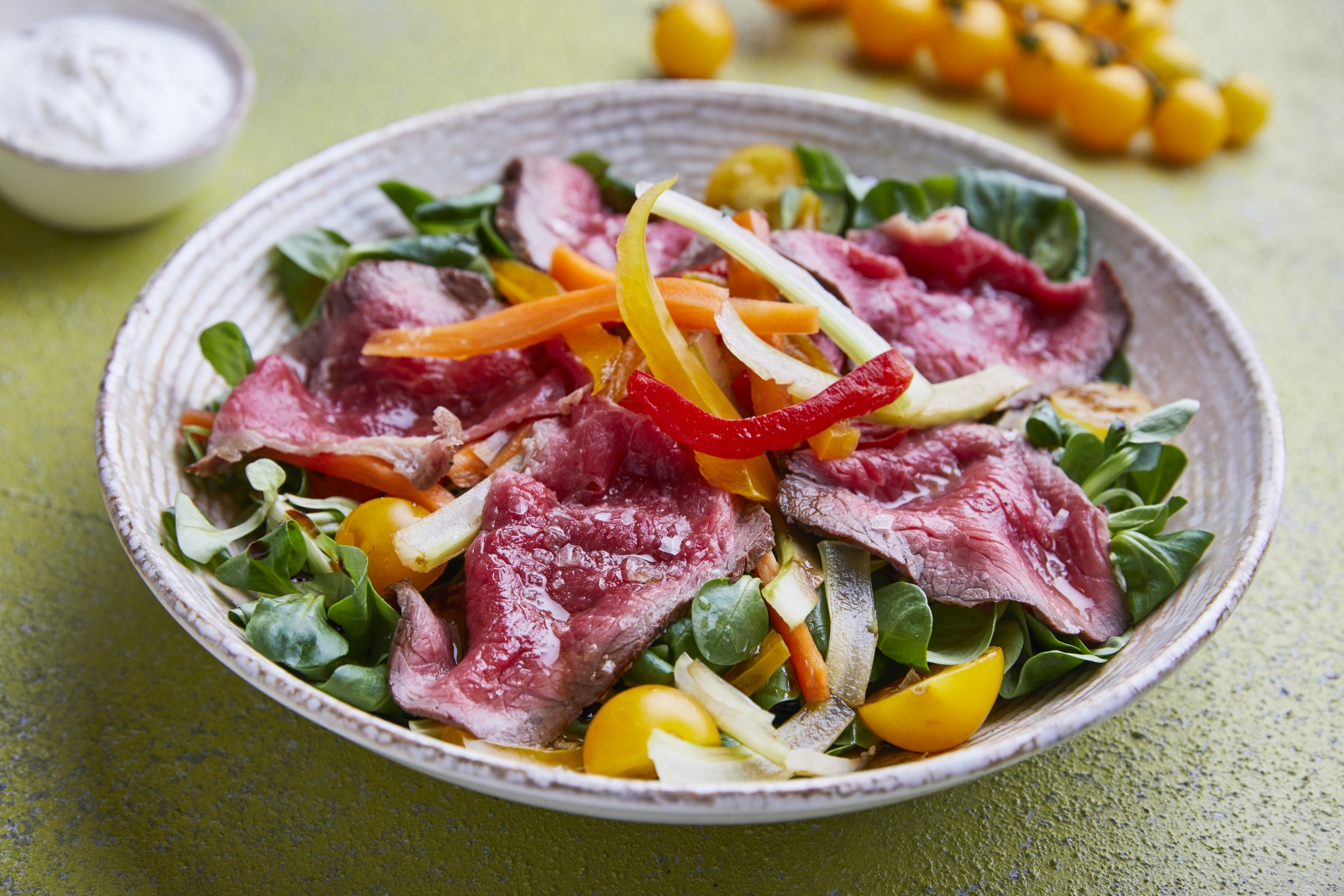 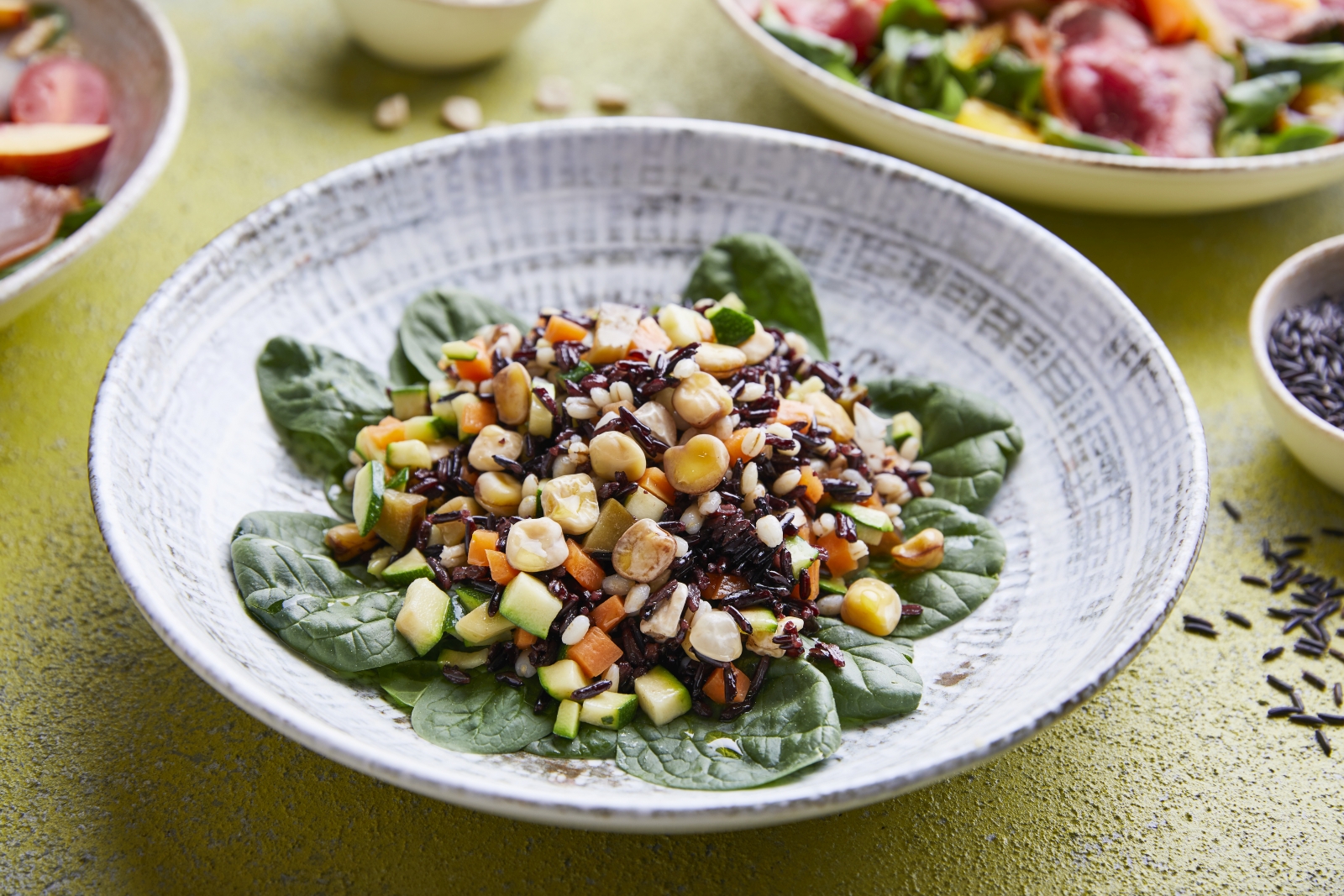 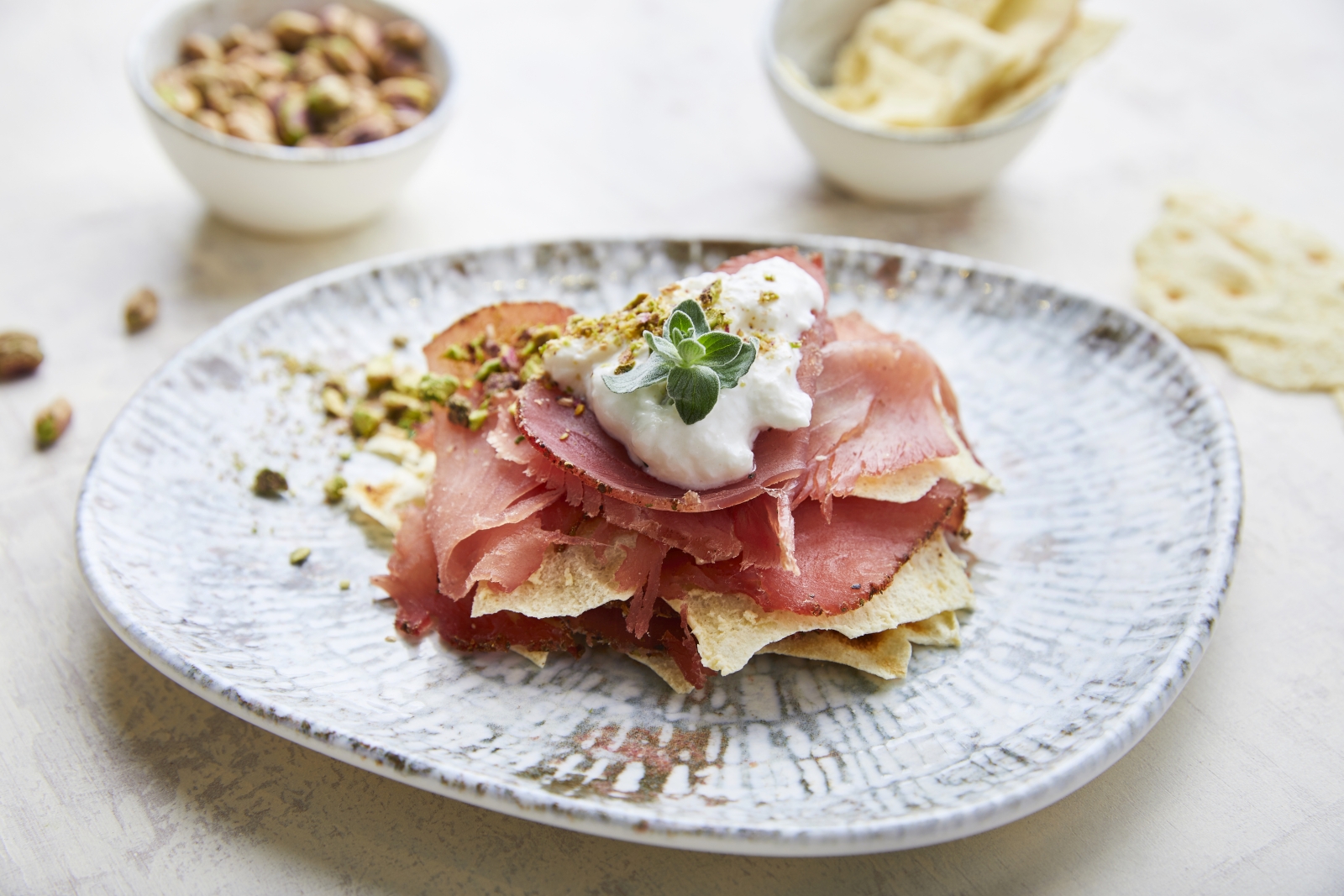 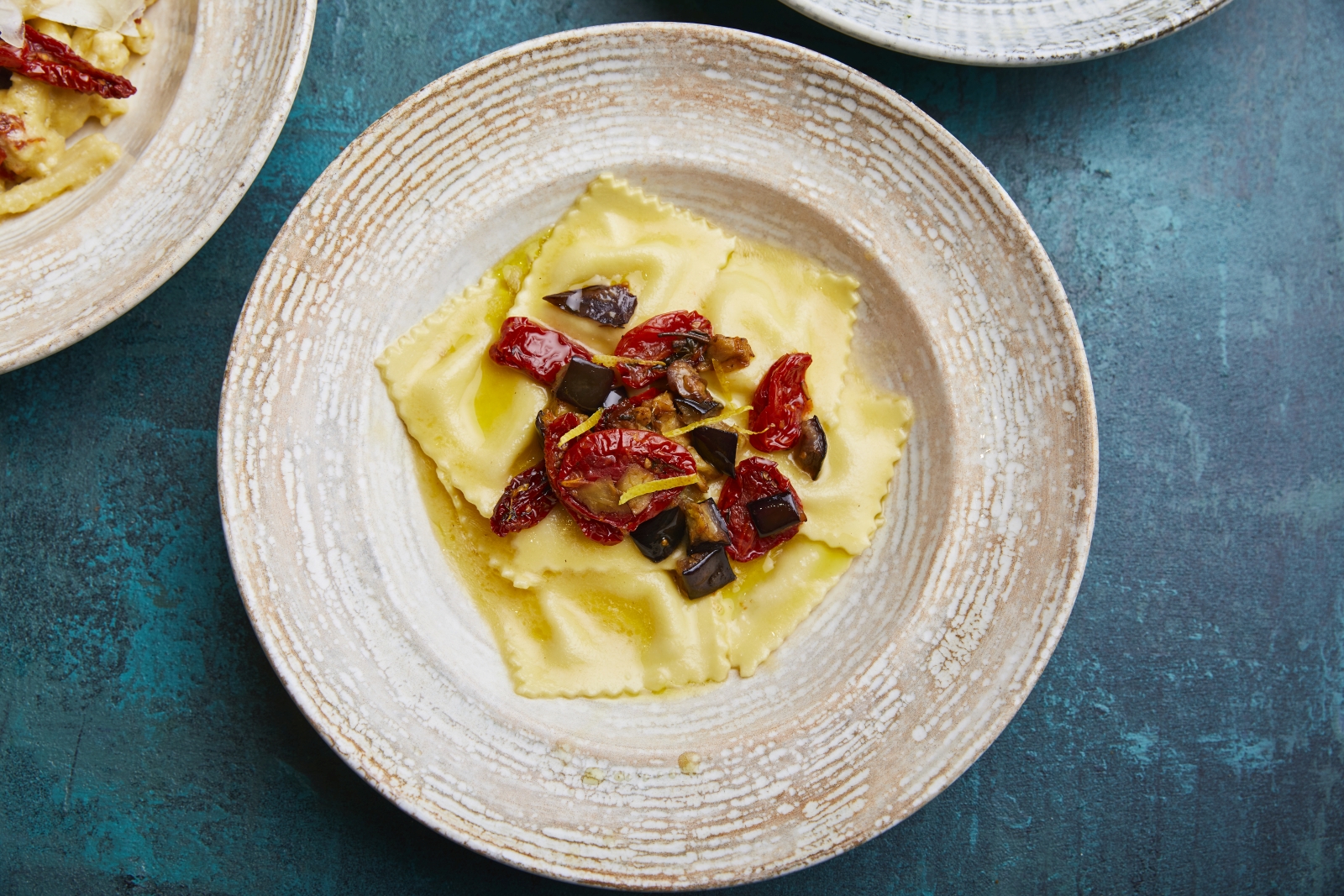 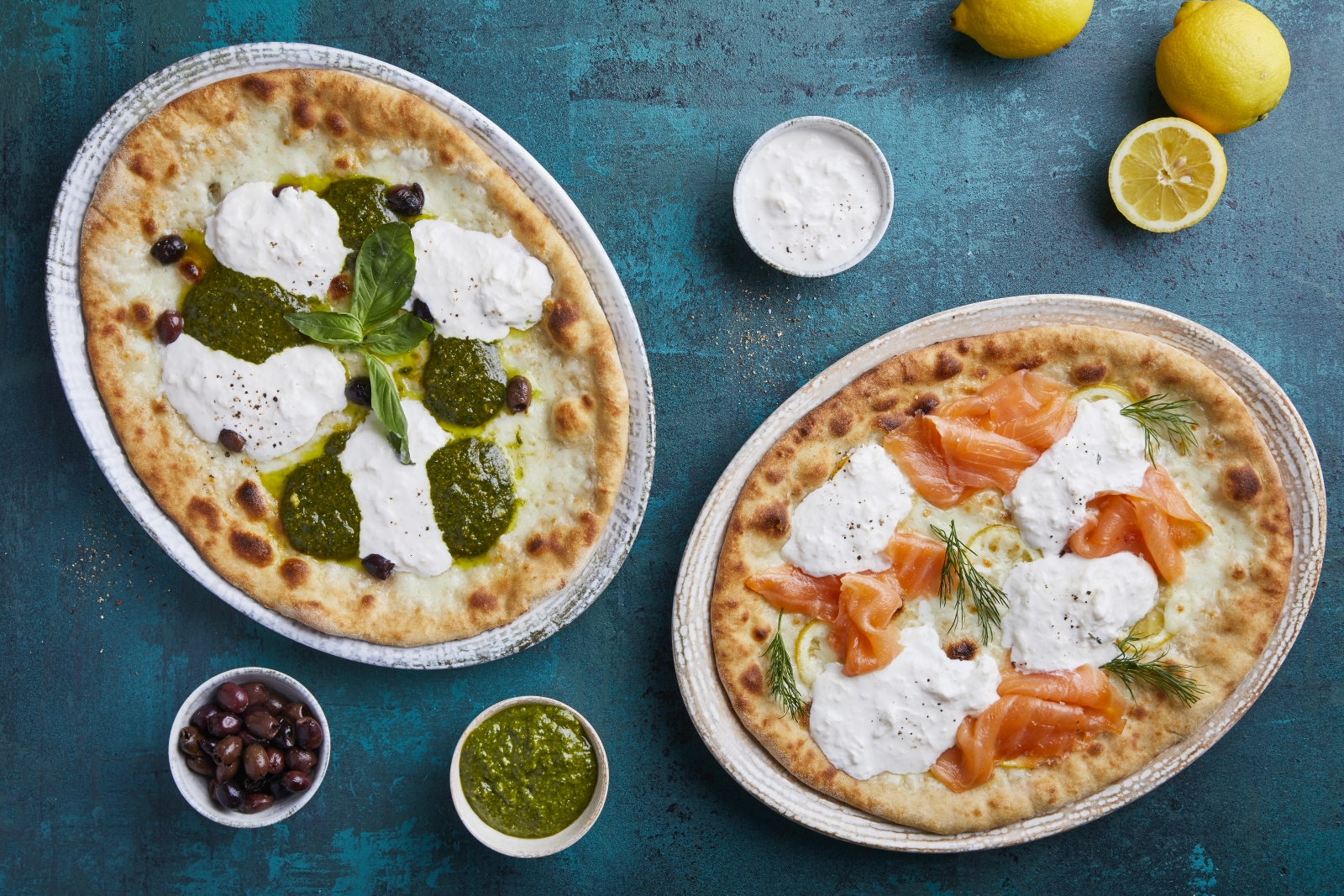 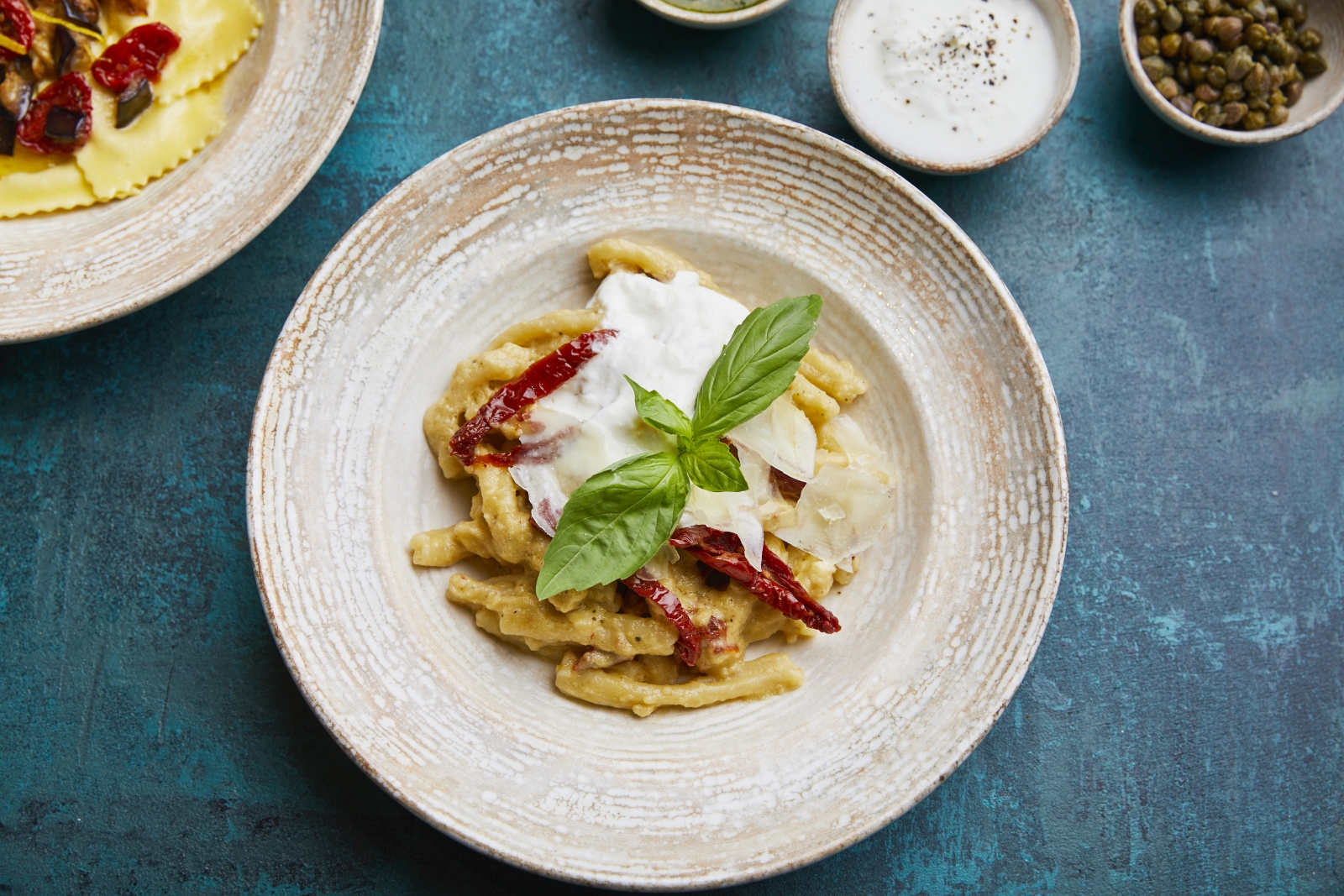 The dishes are conceived to respect the seasonal nature of the ingredients and with great attention to the quality of the raw materials. The menu, which varies from season to season, for the summer will feature important dishes such as Ventricina del Vastese and Tuna Bresaola and Buffalo Roastbeef. The choices also include Food to Share Plates, that let you discover and share all the new proposals. And the Small Pear Stuffed with Vegetables and Tuna, the Vegetable Millefoglie with Buffalo Casatica, the Millefoglie with Tuna Bresaola, the Mozzarelle Breaded in Couscous and the Tuna and Ricotta Croquettes. Even the pizzas observe the summer season with the Pesto and stracciatella and Smoked Salmon with Lemon and Fennel Seed.

«The Obicà model is based on the search for premium ingredients to savour in exclusive locations with a sophisticated design» explains Davide Di Lorenzo, the CEO of the Group.

The secret of our success is simplicity, fresh raw materials, our cosmopolitan spirit and our determination to take risks through constant renewal while remaining faithful to our brand philosophy.

For the venue in Florence, and many others, Ursini turned to the architectural firm Labics (Maria Claudia Clemente, Francesco Isidori) who conceived a project with a clean, essential and contemporary design, a perfect balance with the Late Renaissance language of the historic palace in which it is to be introduced. And a rare balance in the city of Brunelleschi, where the signs of innovation are too often mortified by a misunderstood sense of respect for the preservation of the historic architectural heritage. The project suggests particular attention to calibrating the lights and the chromatic components (never too excessive, on the contrary matched to the shades of the pietra serena stone), to the organization of the spaces, from the livelier ones to the more intimate and reserved ones, to the choice of furniture, much of which is custom-made. 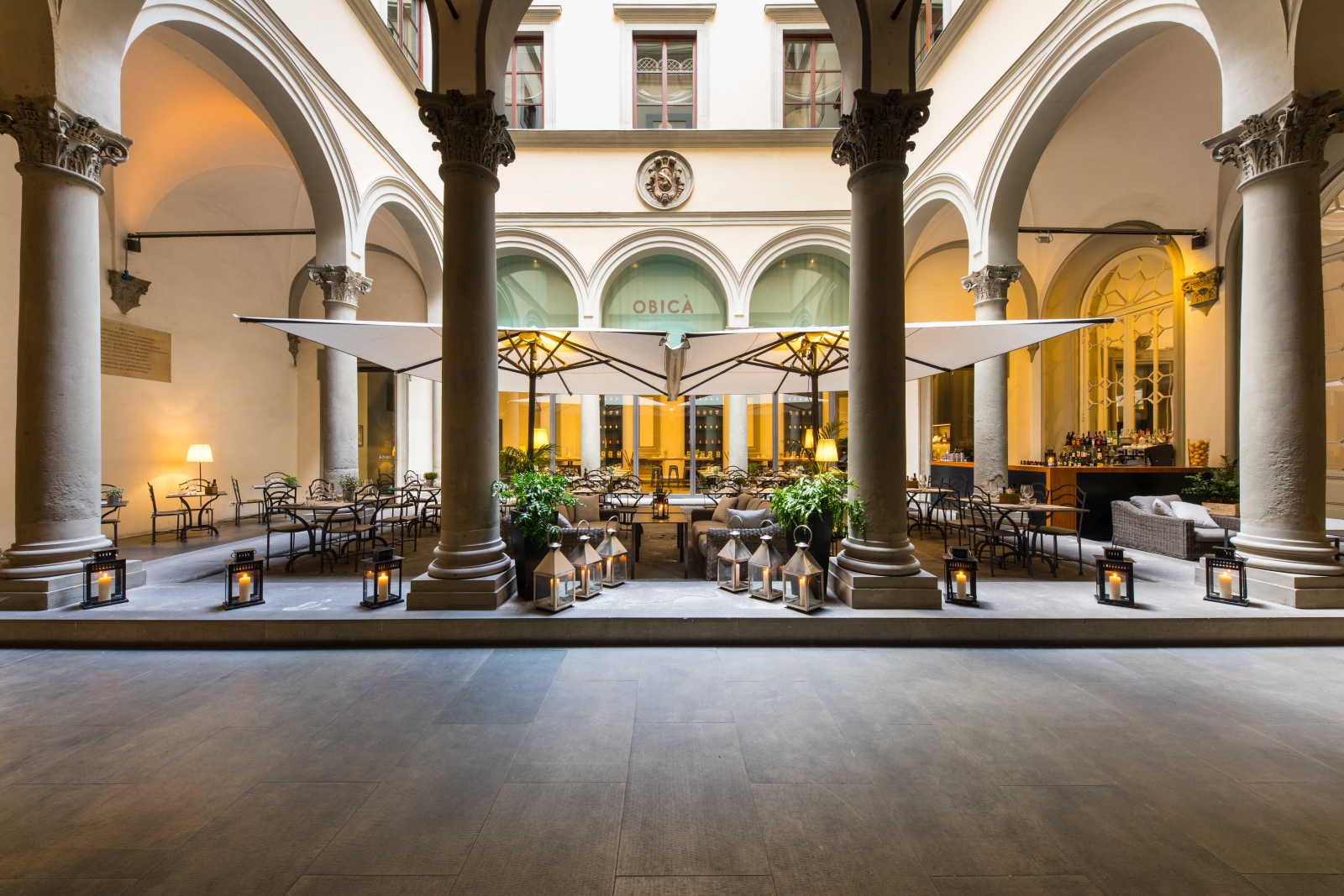 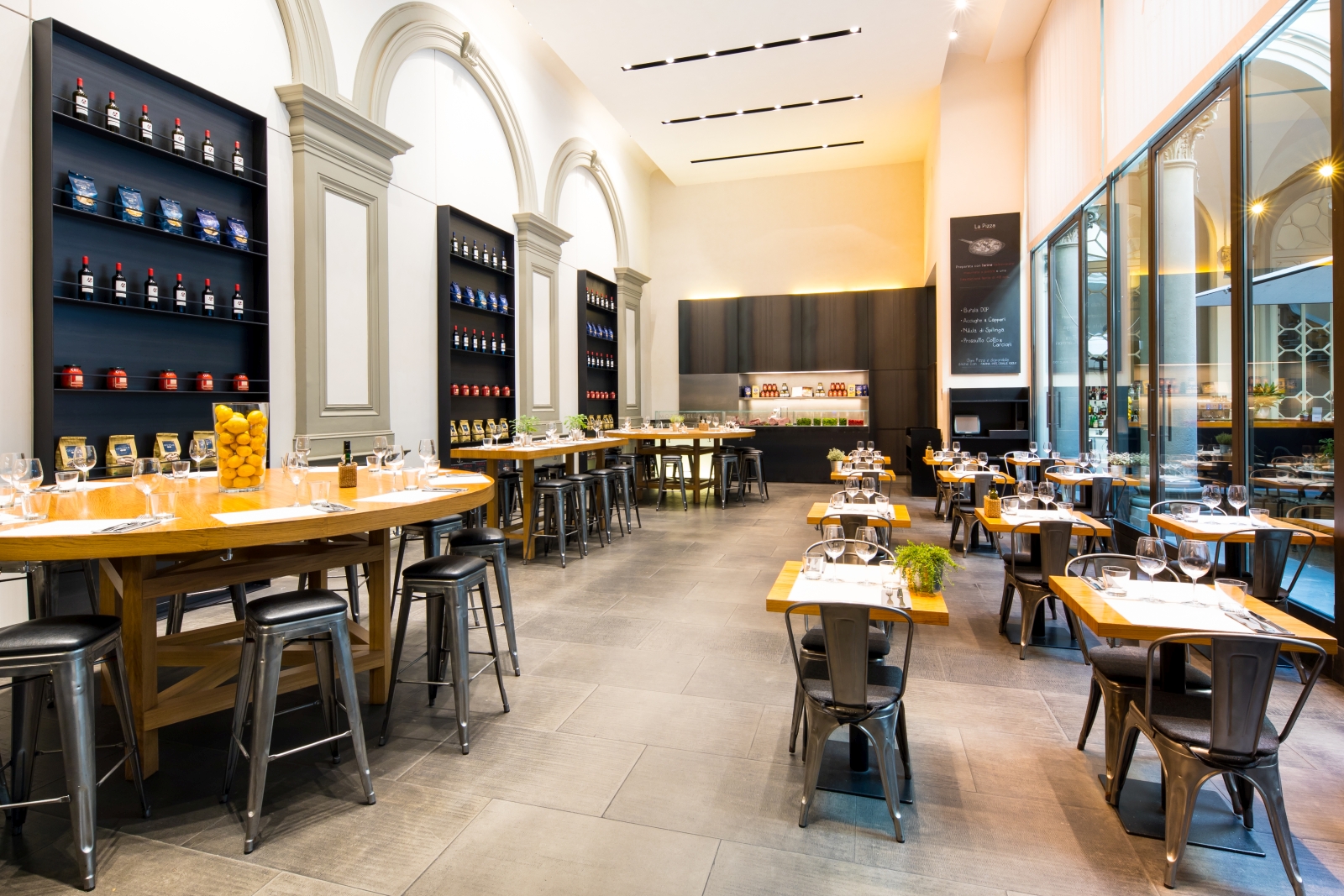 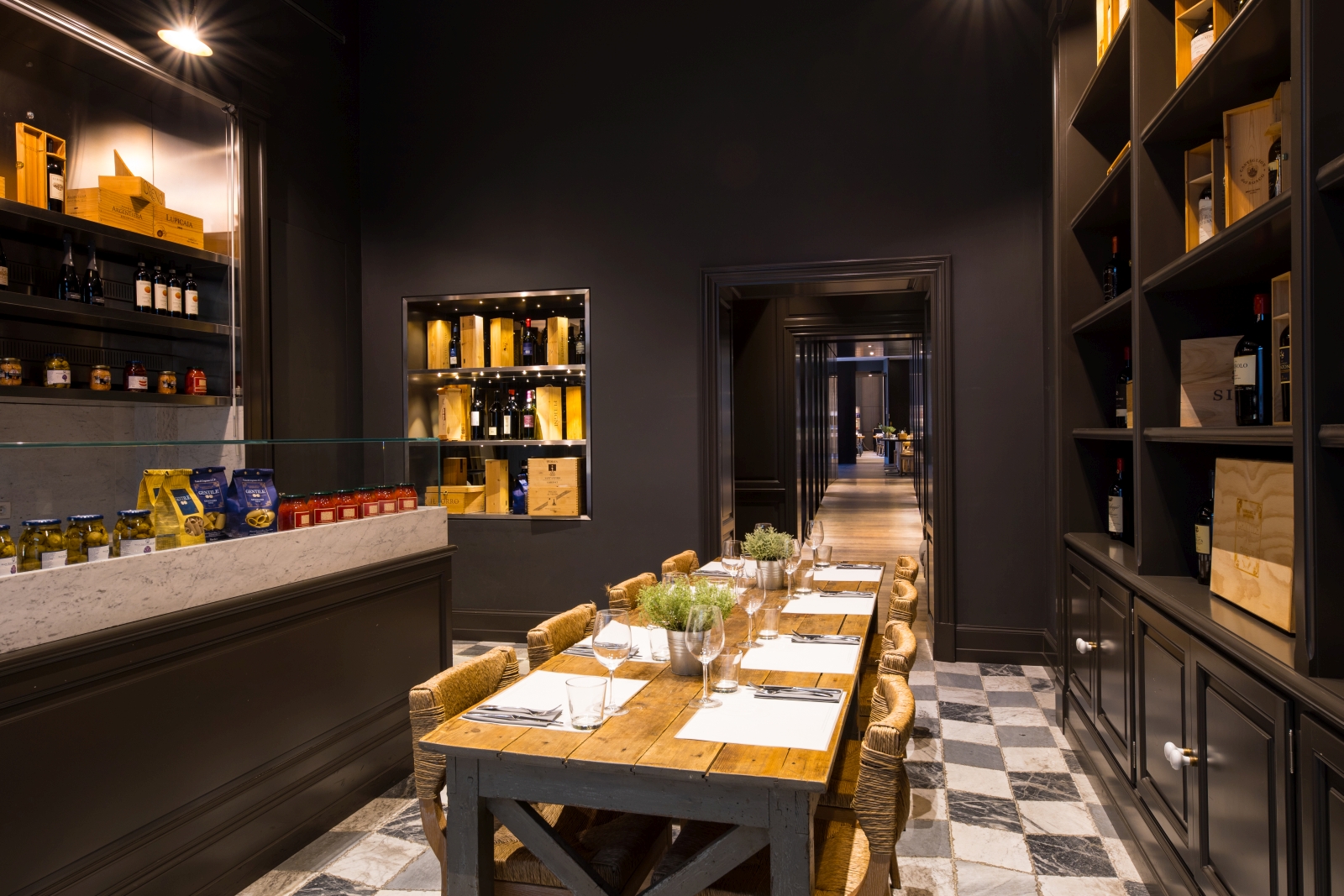 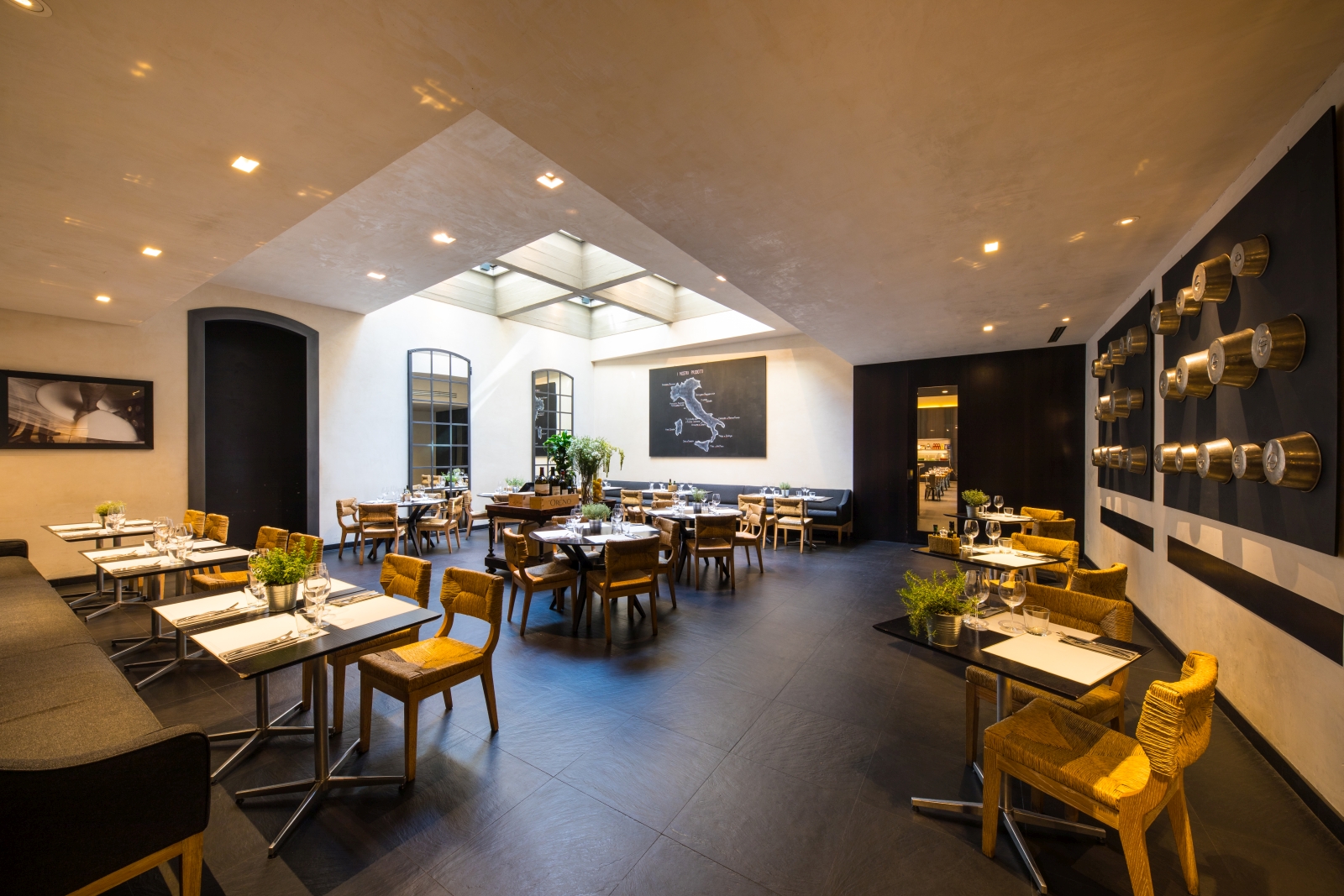 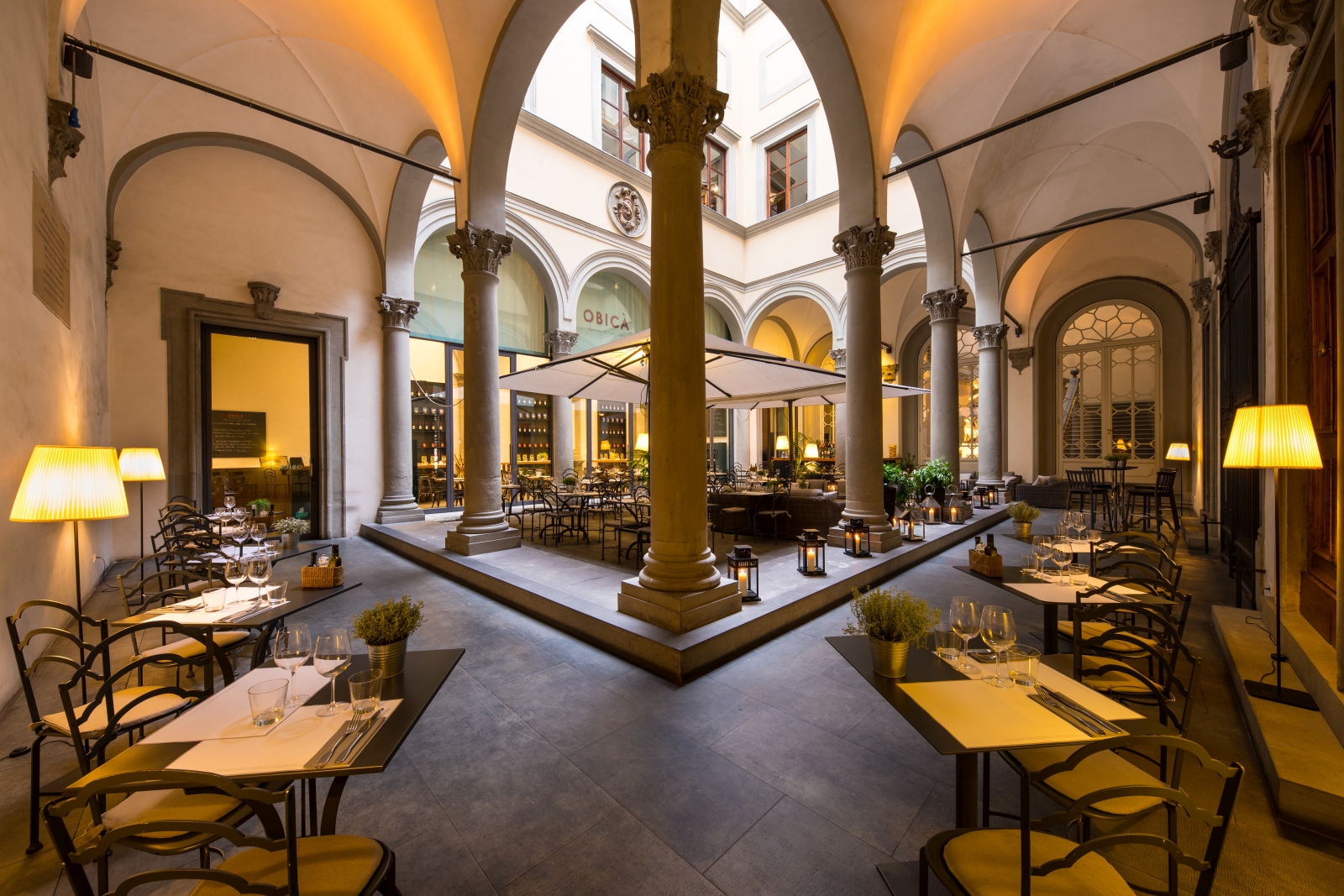 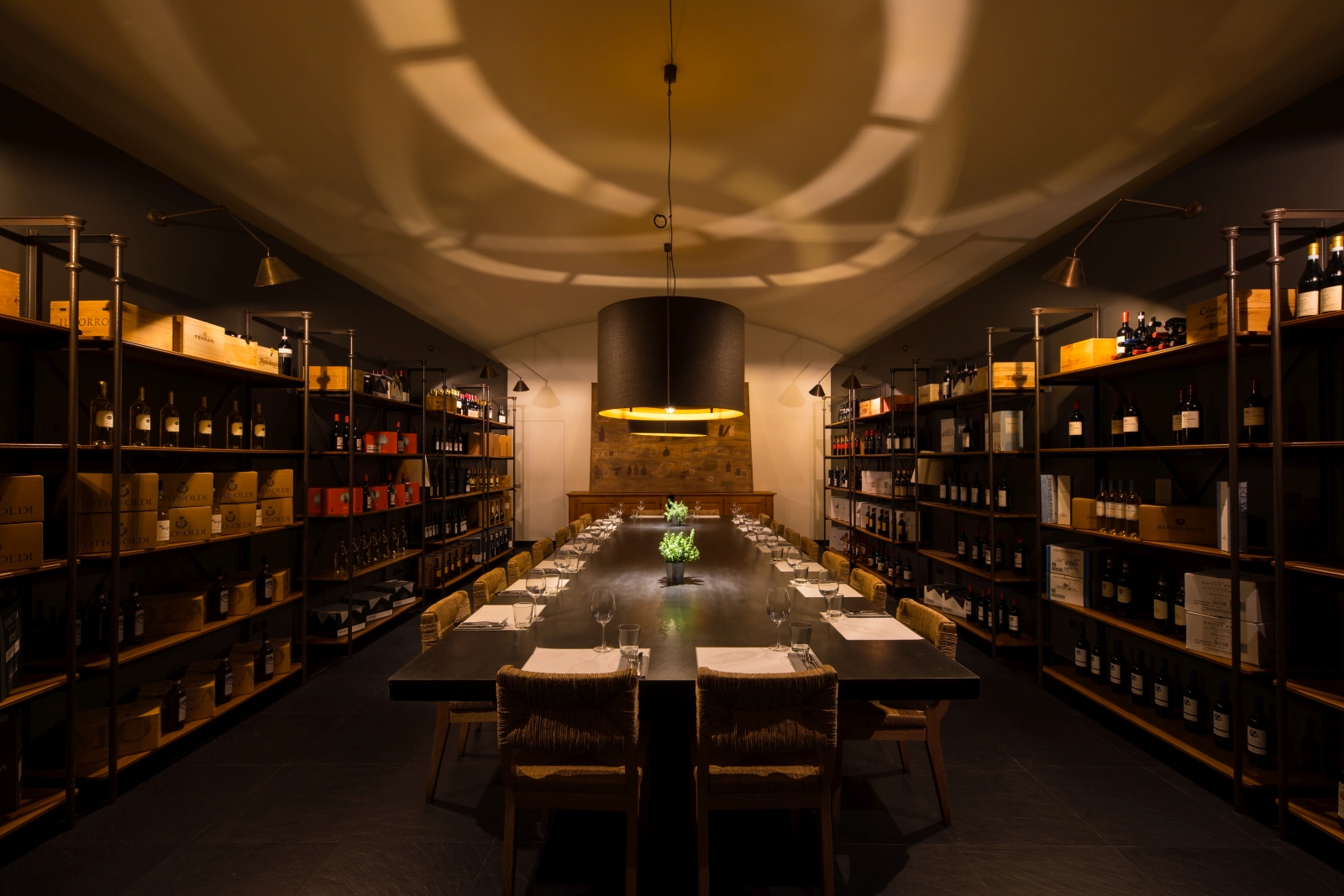 «The project leaves the space and its perception unchanged: a glazed façade guarantees a visual and spatial continuity between the Renaissance cloister and the loggia; two bars are placed parallel to the short ends so that they do not cover the existing architectural features, explain the architects. Coherently with the Obicà concept, the project fits over its Renaissance shell declaring itself to be reversible and contemporary (…)».

From Obicà in Florence with its fifteenth-century cloister to Obicà Campo dei Fiori in Rome or Obicà Brera in Milan, and the terraces of Obicà Palermo or Obicà Duomo in Milan, the balance between tradition and innovation makes each restaurant an ideal choice for a contemporary journey between food and architecture.

«These two elements complete one another, says Di Lorenzo. Today people are looking for a lot more in restaurants than simply satisfying the palate. These are complete experiences that involve food, the space, the design, but also the cordiality and hospitality of the team».

Sensitive to social issues, since 2010 Obicà supports the Fondazione Francesca Rava – NPH Italia Onlus – which helps deprived children in Italy and around the world, with a project for the children of Haiti. 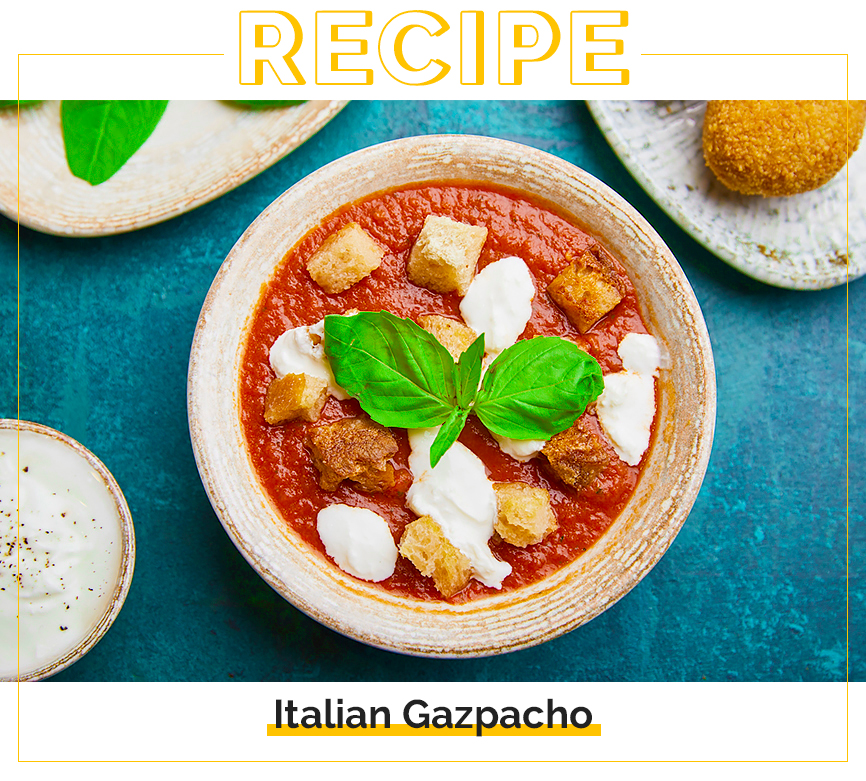 TO DECORATE THE PLATE

Blanch the tomatoes in boiling water for about 30 seconds, then let them cool and remove the skin. Remove the seeds from the tomatoes and purèe them with the cucumbers and bell peppers, adding oil and salt. Serve in a soup tureen, finishing the dish with the stracciatella from Apulia and the bread croutons. Garnish with a bit of oil and basil leaves. The ideal serving temperature for the dish is about 12/15 degrees.

Icaro, the resort in the Dolomites with zero climate impact