The exhibition is open on the island of San Giorgio, and has been extended through November 1st to allow schools to visit, given its great success with children 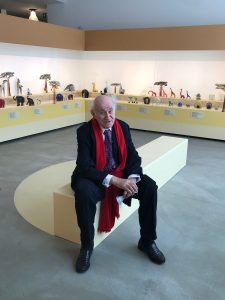 This is the story of a collector and his glass menagerie. His first pieces were a little fish and a dachshund, which he picked up almost by chance. But it was love at first sight, a love that since that day has led him to collect over a thousand pieces, 750 of which have been selected for the exhibition “The Glass Ark” curated by Giordana Naccari and Cristina Beltrami. The show may be visited at the Fondazione Cini on the island of San Giorgio Maggiore, and has been extended through November 1st to allow for visits by schools during the months of September and October. The exhibition design is by Denise Carnini and Francesca Pedrotti, set designers who agreed to tell the story of this glass menagerie, designed to the measure of children.

A pageant of delights, elephants, dogs, hippopotamuses, cats, giraffes, mammoths, bears, parrots, fish, turtles, foxes and even tiny insects made by lamp-work in true size by Bruno Amadi, which Pierre Rosenberg, honorary president and director of the Louvre in Paris, put together over thirty years of assiduous visits to Venice.

At a time when this type of glass production was still confined to the category of souvenir or considered as a sort of divertissement for the glassmasters, Rosenberg revealed a passion independent of trends, creating a collection as original as it was vast, which this exhibition displays in part.

«Then I began to pay attention to the various furnaces and the different techniques: for example I discovered the enormous gap between lampworking and blowing glass», explains the eminent art historian, a cultured intellectual who opened up his home to show his Murano glass pieces publicly. «But I never got into the specifics of technique. I chose the pieces instinctively without ever looking a priori into any sort of series. Let’s say that I am impeccable and professional when it comes to working for other collectors, whereas I am far more instinctive when it comes to my own collection», he says in the interview published in the catalogue printed by Skira. 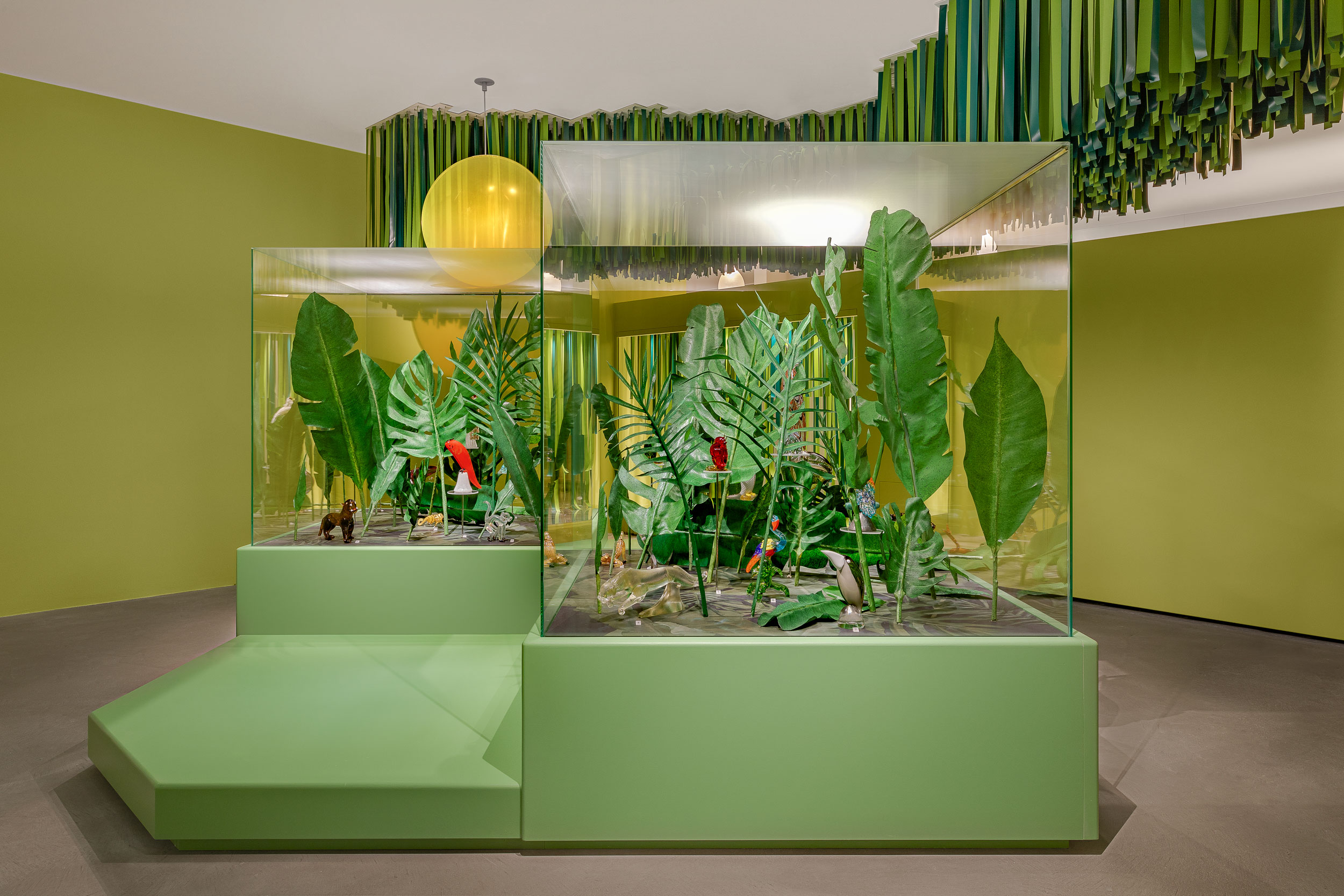 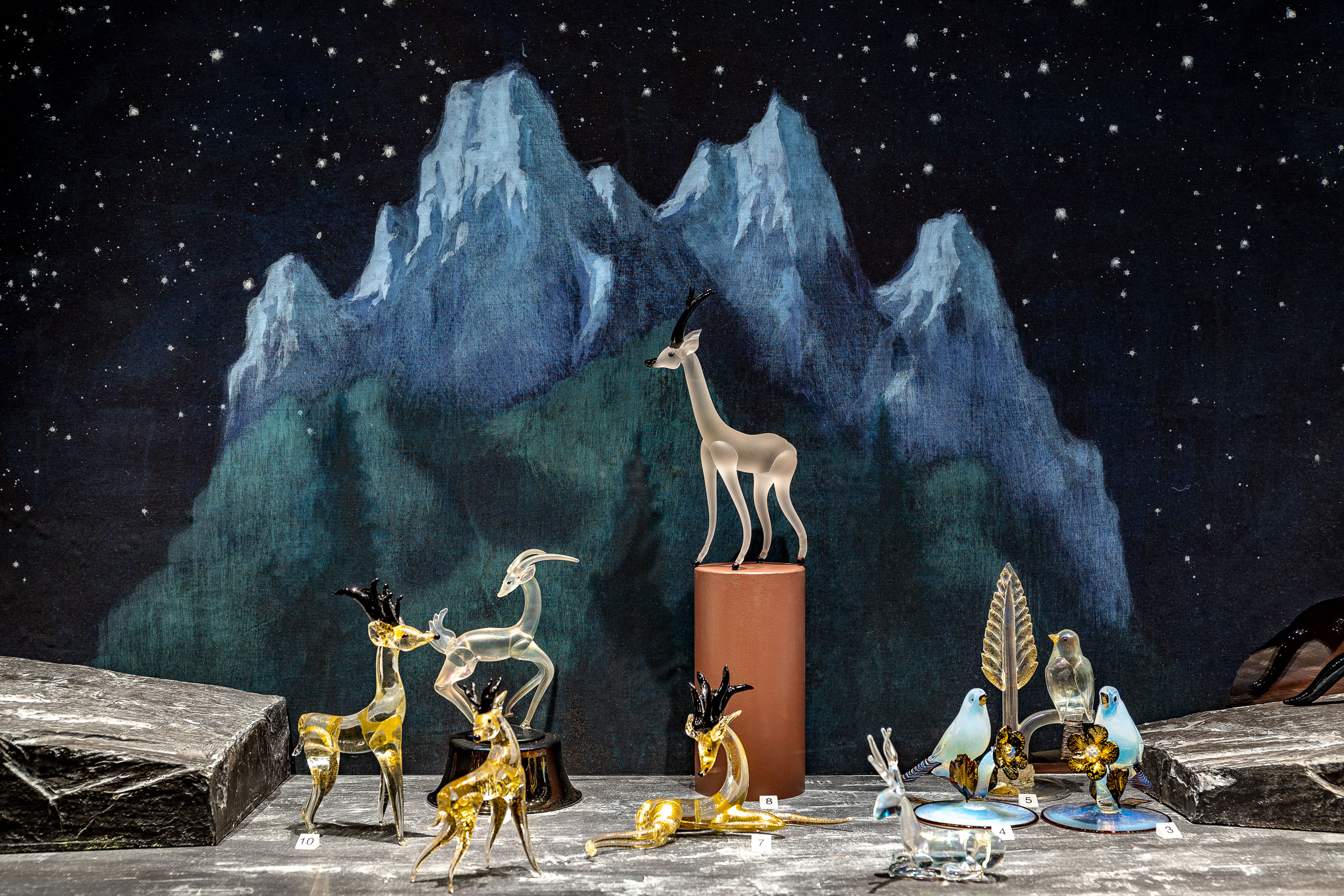 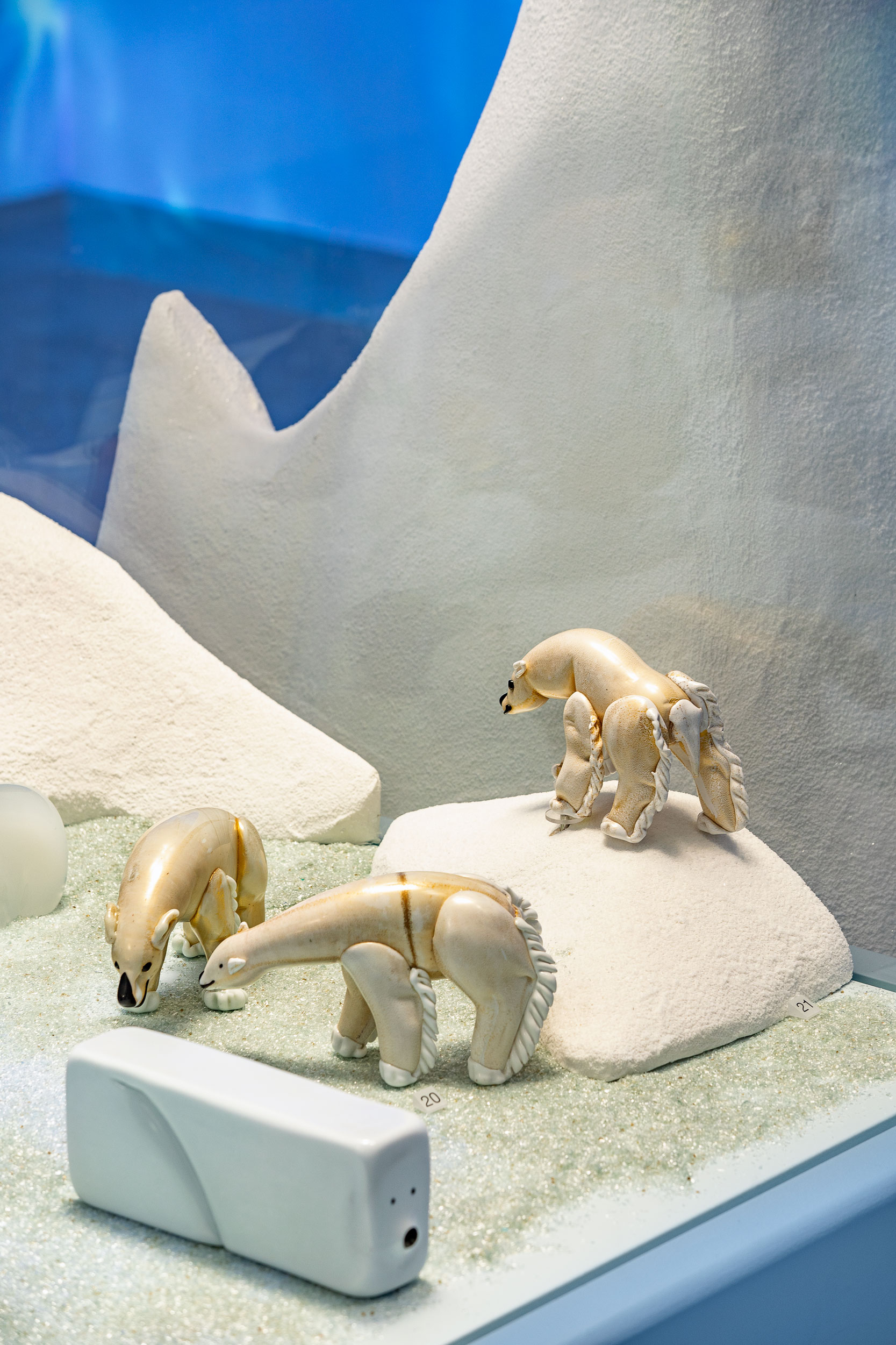 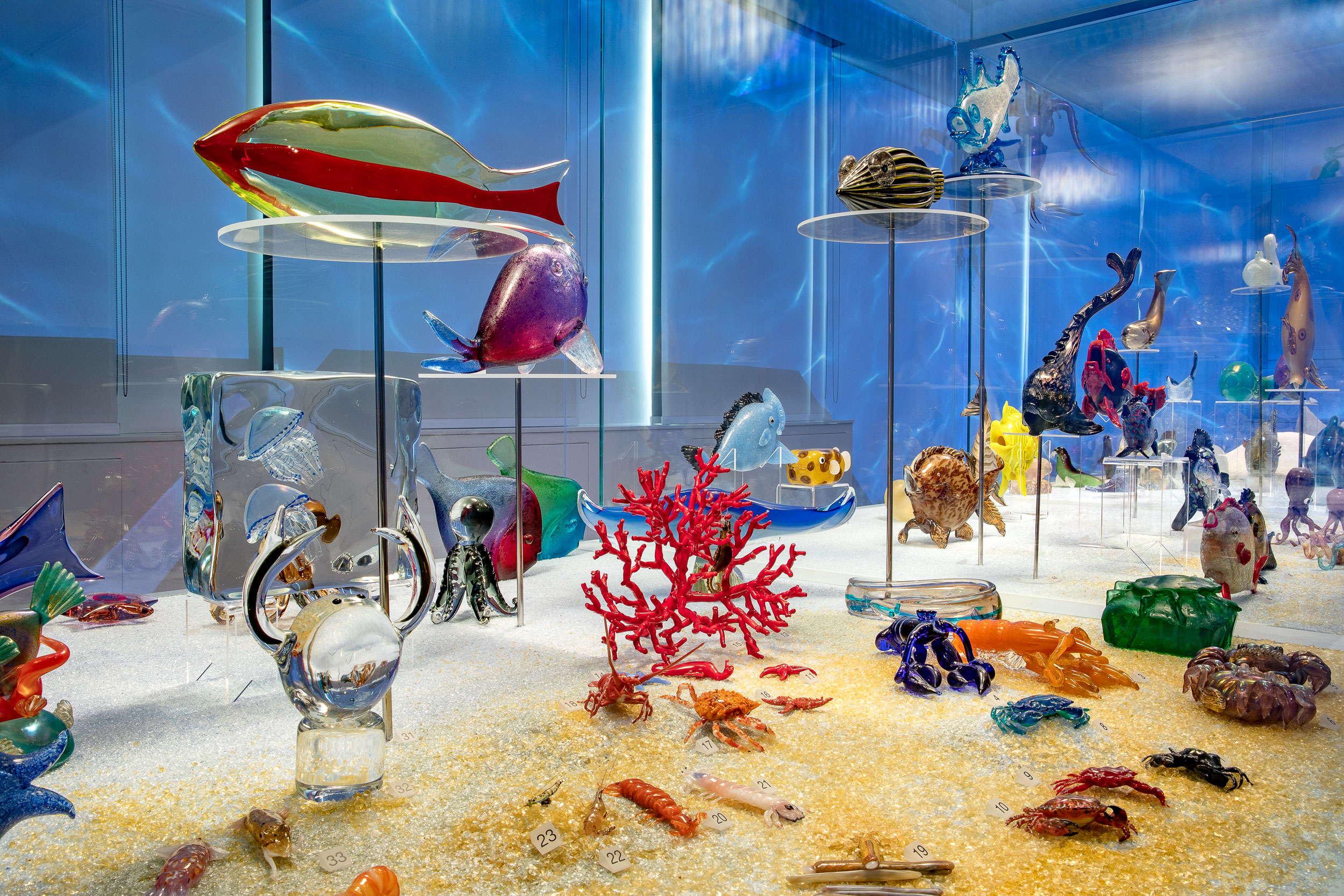 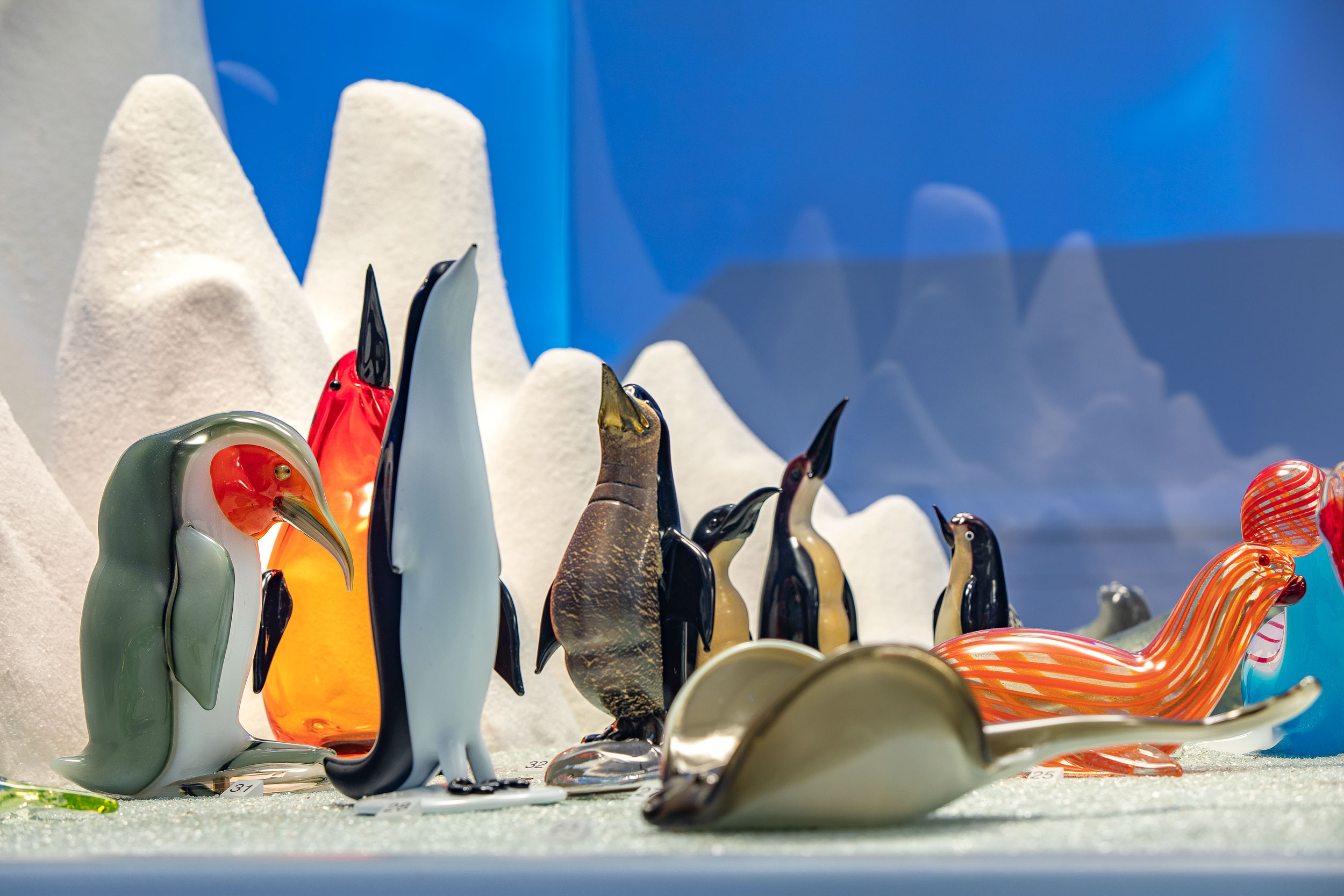 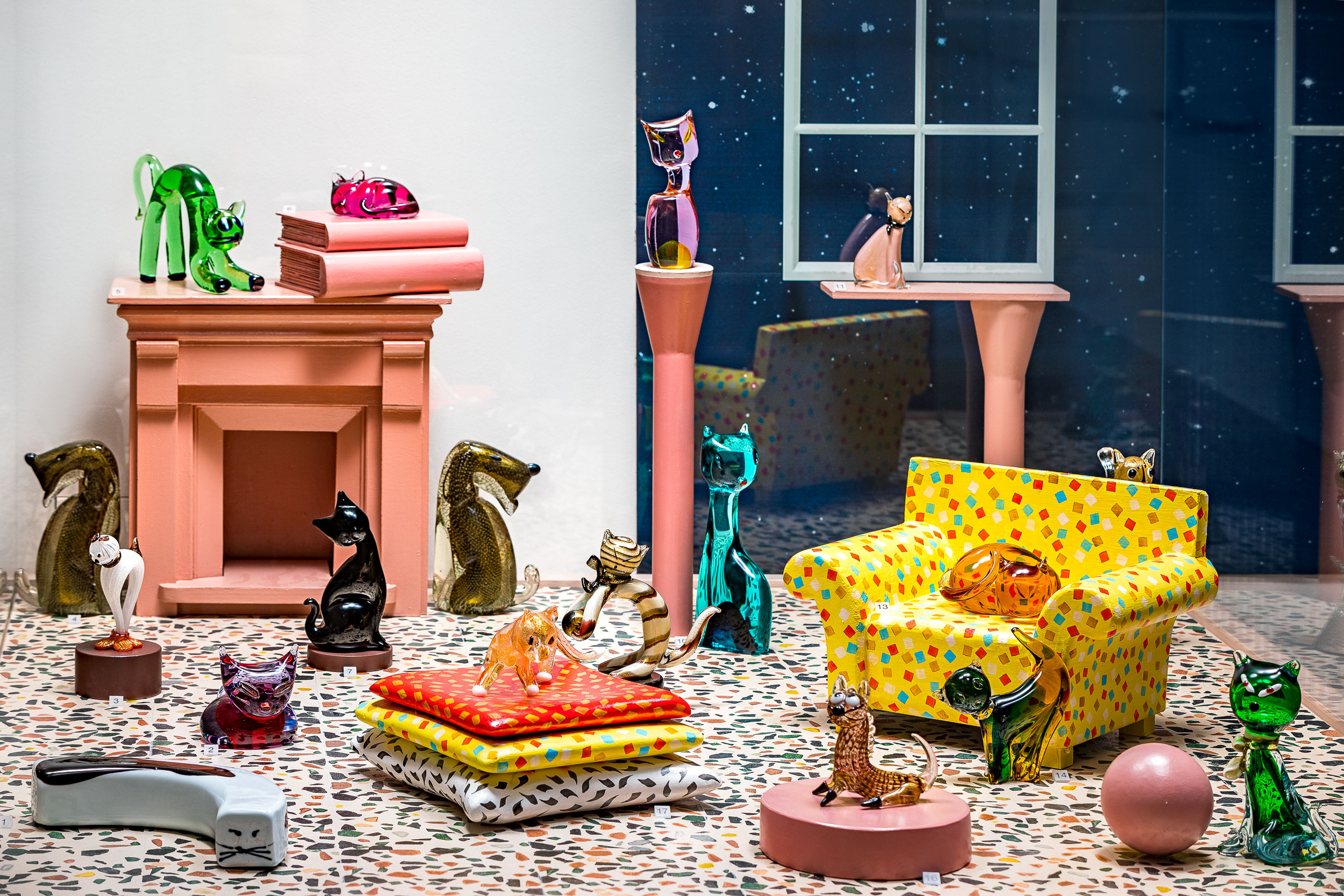 Twentieth-century Murano produced a vast repertory of glass animals, which are enchanting on the one hand for the infinite interpretations of the subject matter, and bear witness on the other to a thousand-year old technique of which this exhibition offers a rather personal and original overview. «I was fascinated by the way the artists in Murano were able to recreate these subjects, recognizing their particular poses or capturing a gesture. Like great artists do.»

Collecting is not a fault, more male than female by the way. «And I chose animals precisely because they were not trendy». And they are very special. 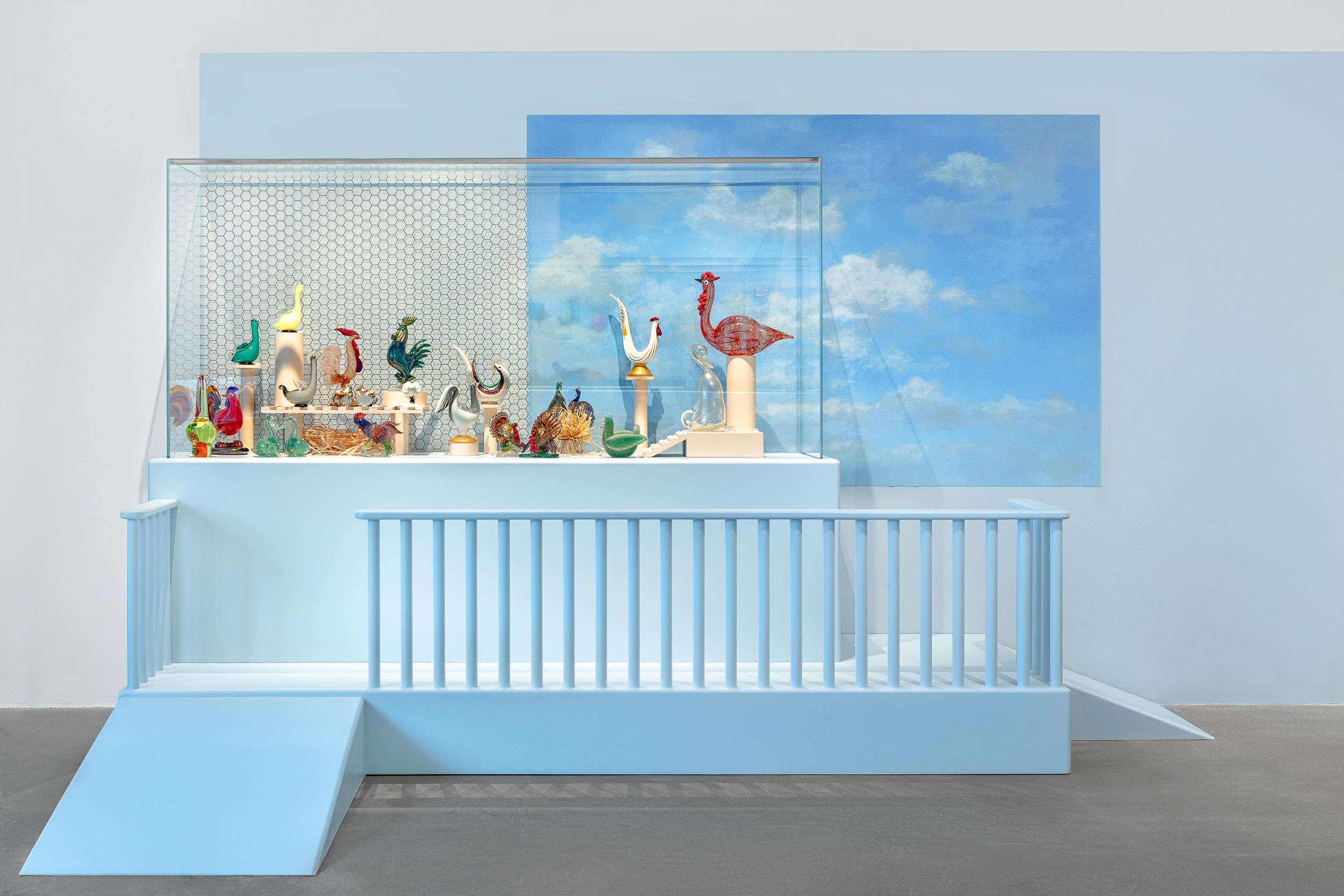 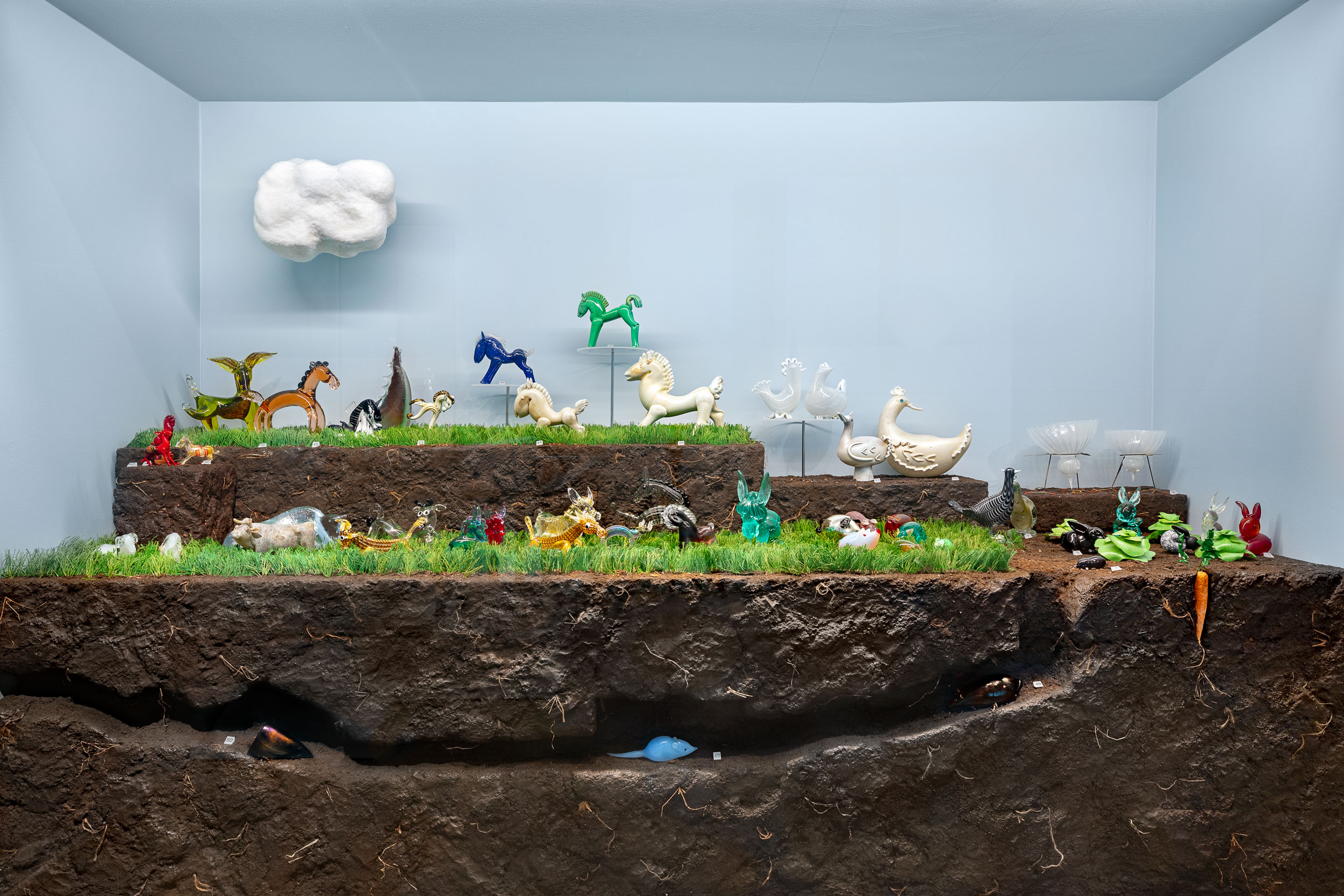 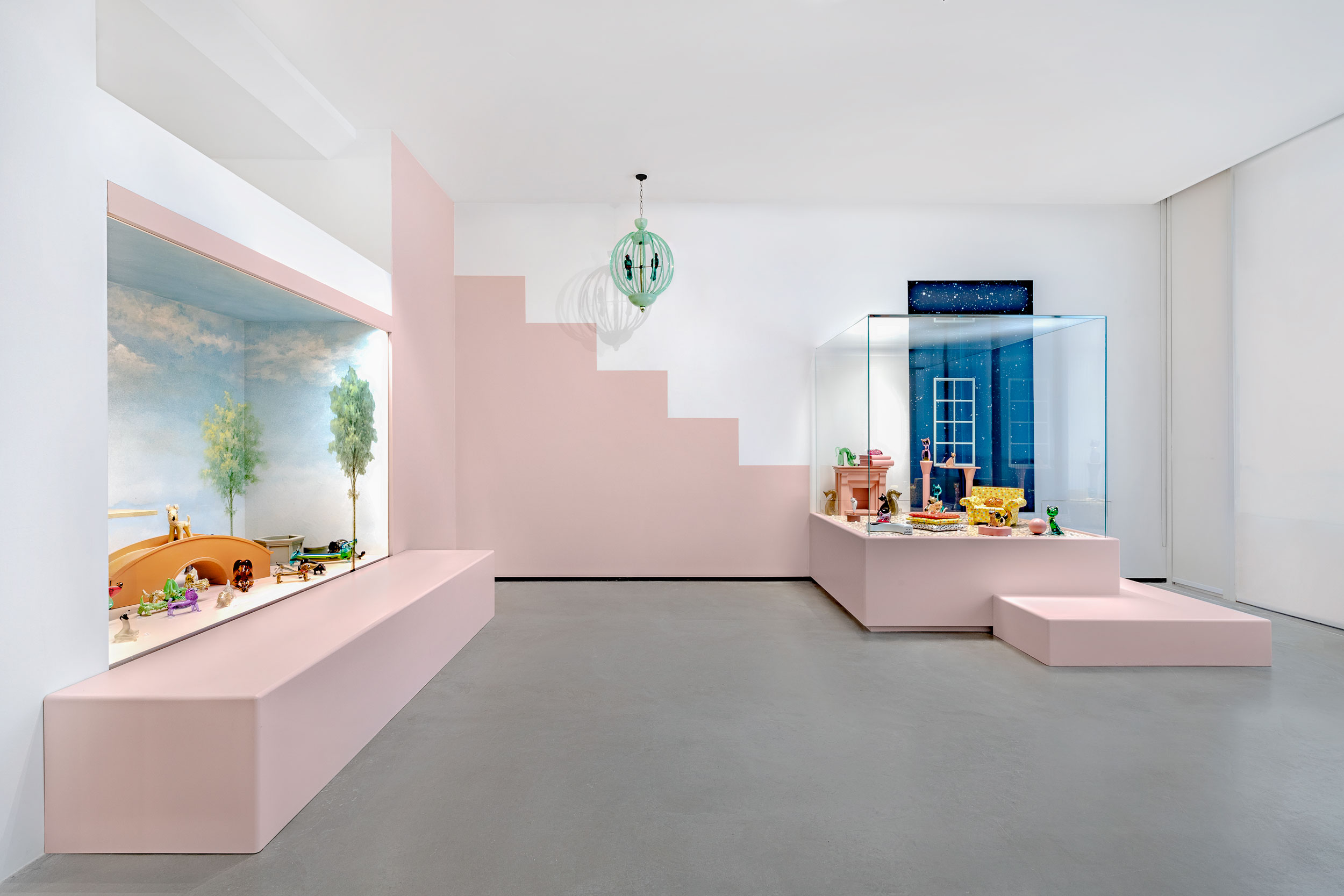 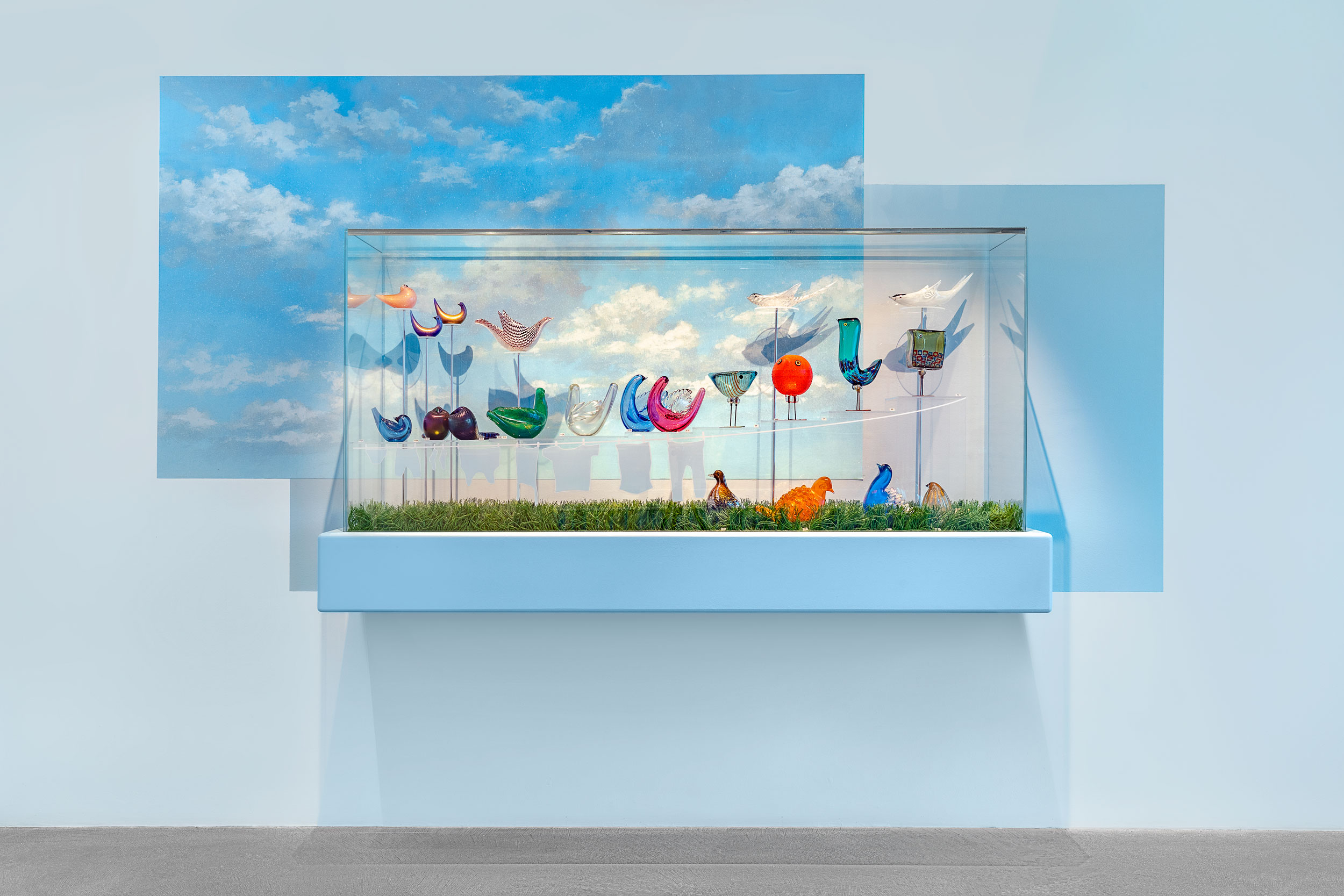 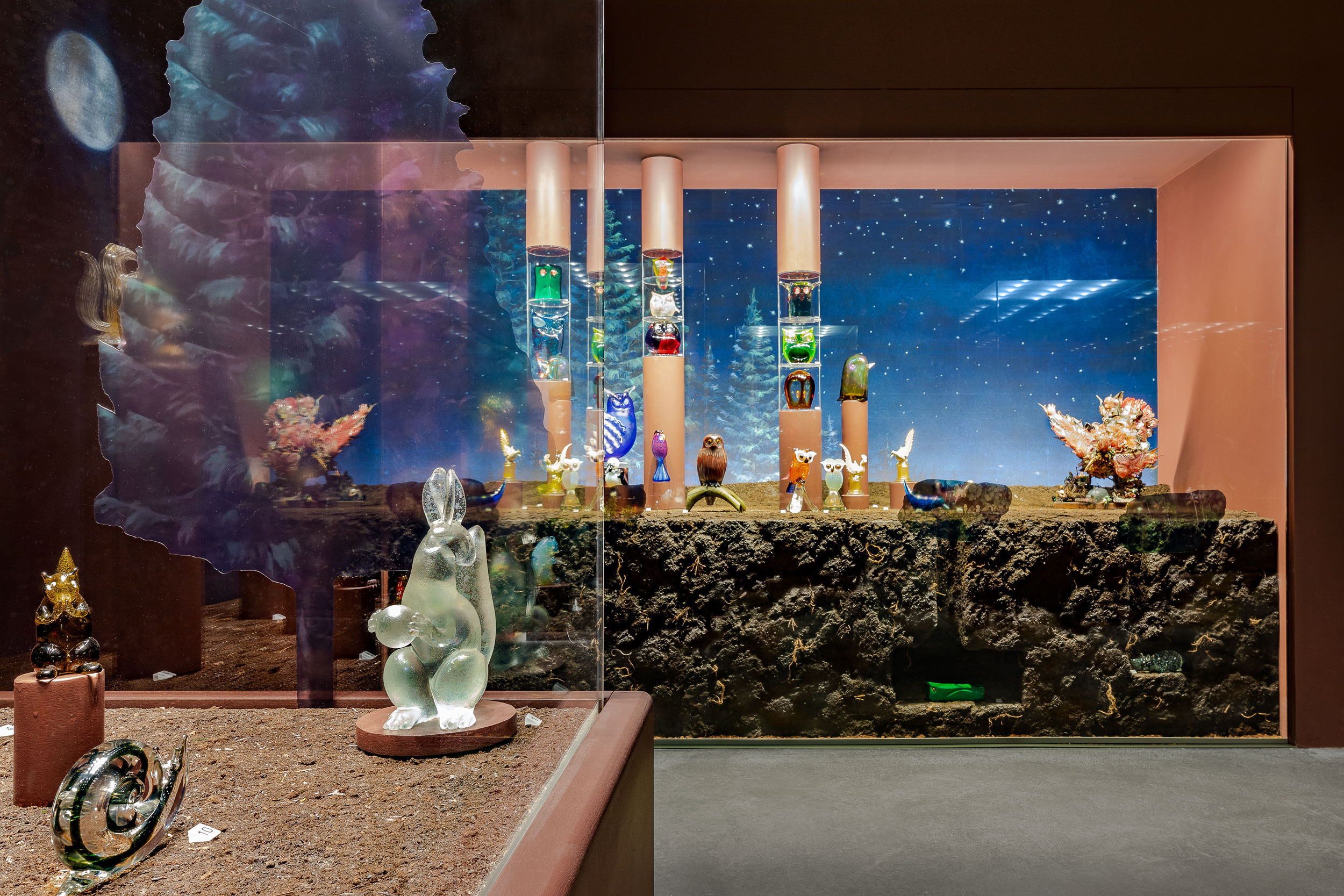 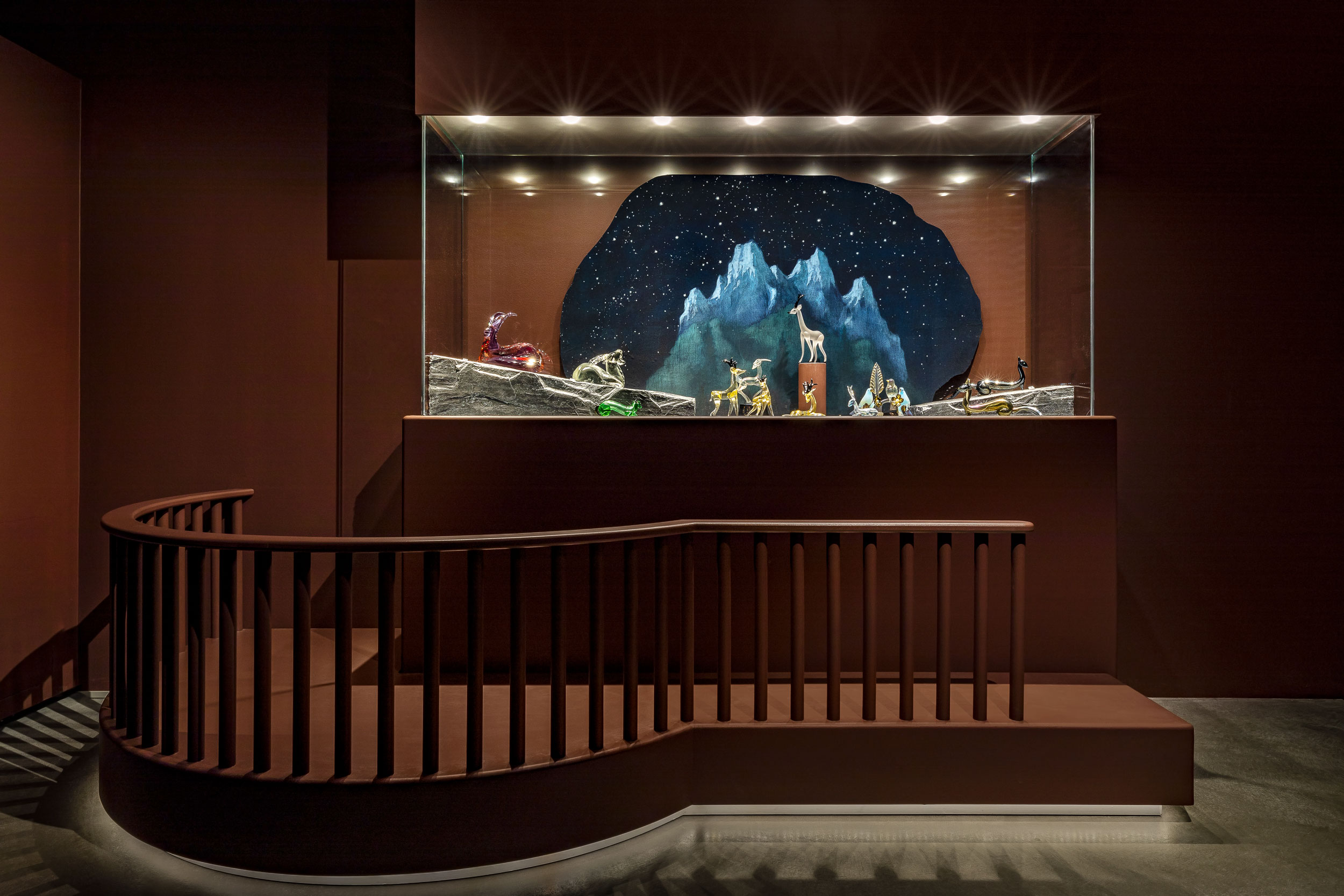 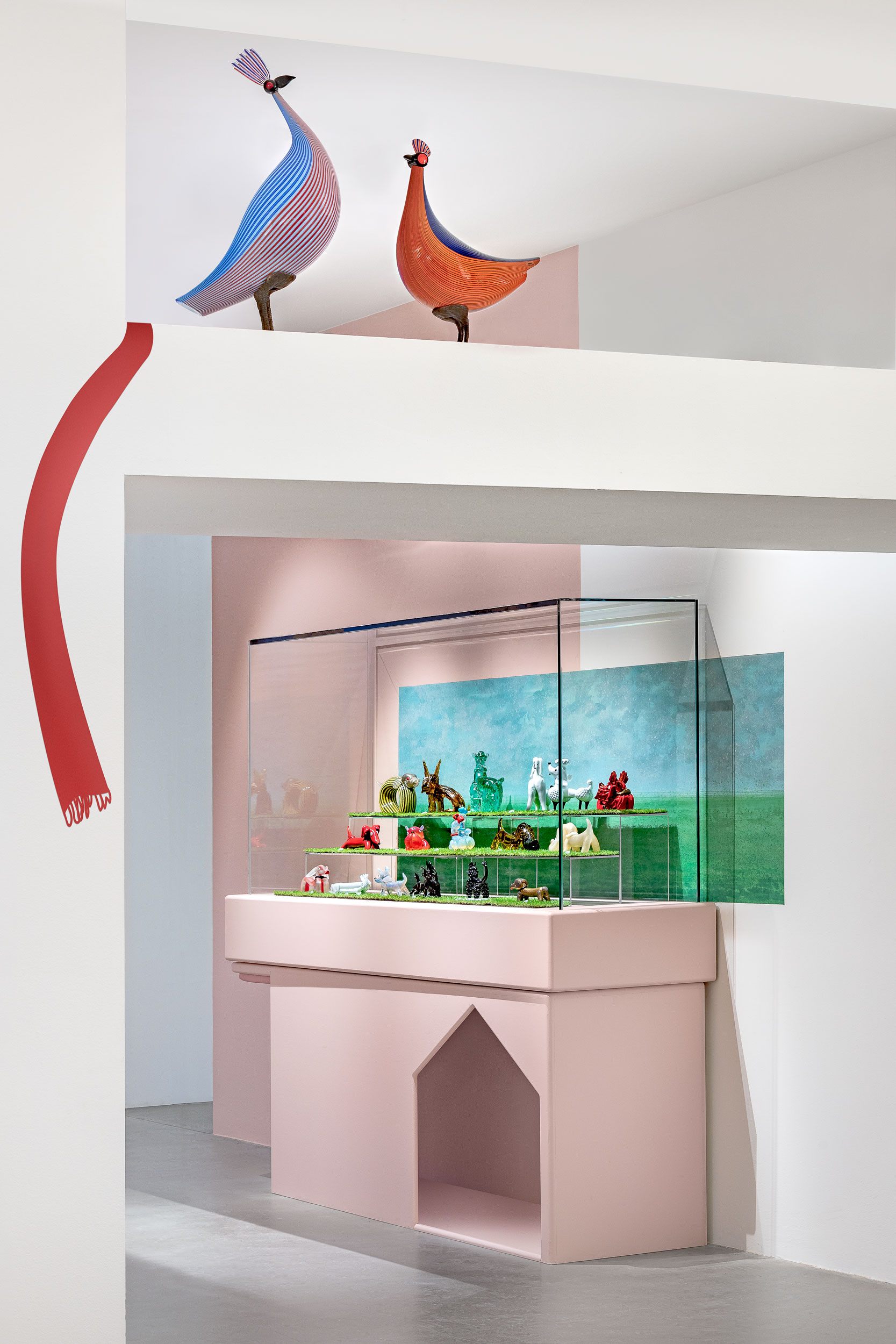 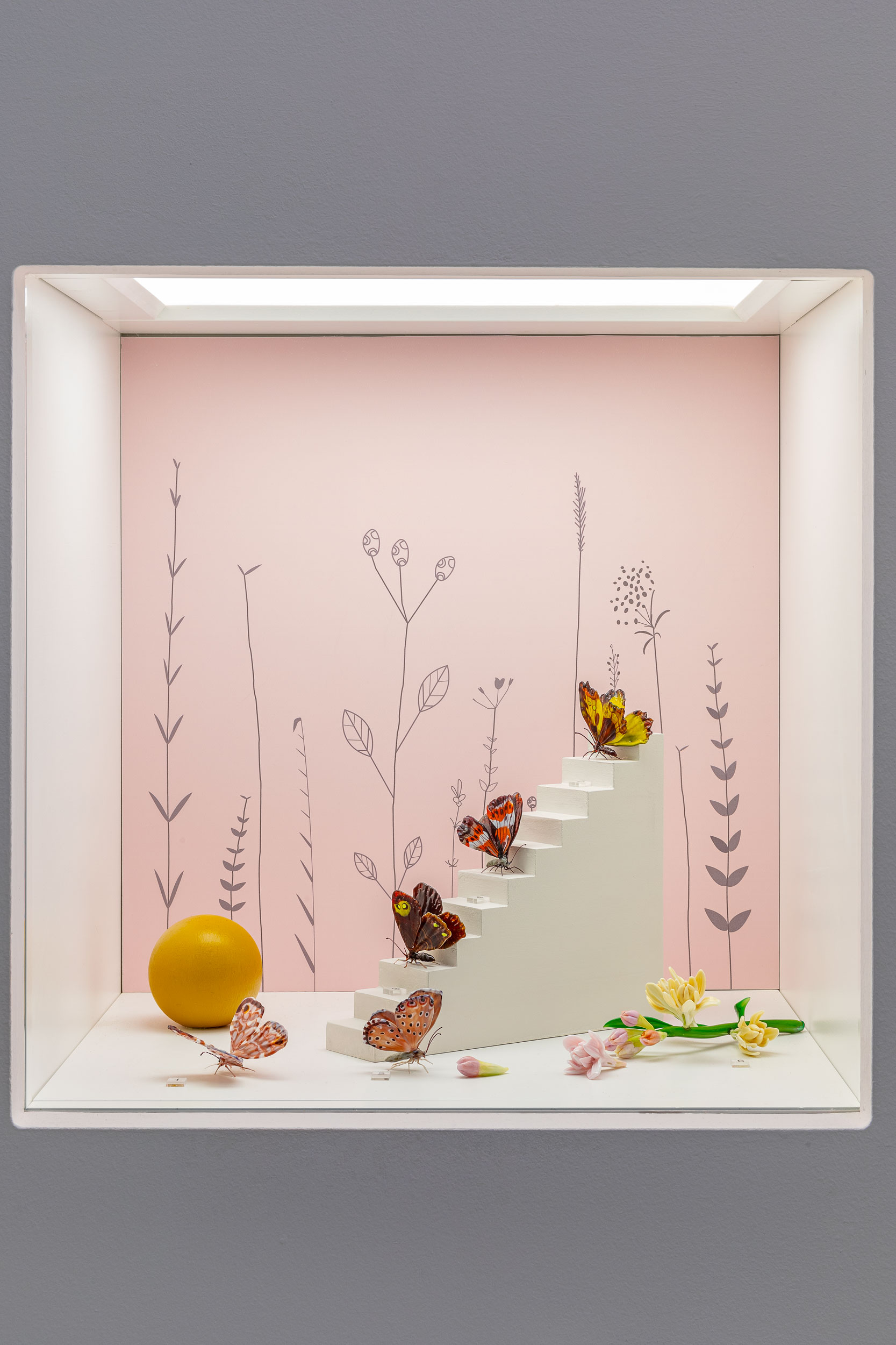 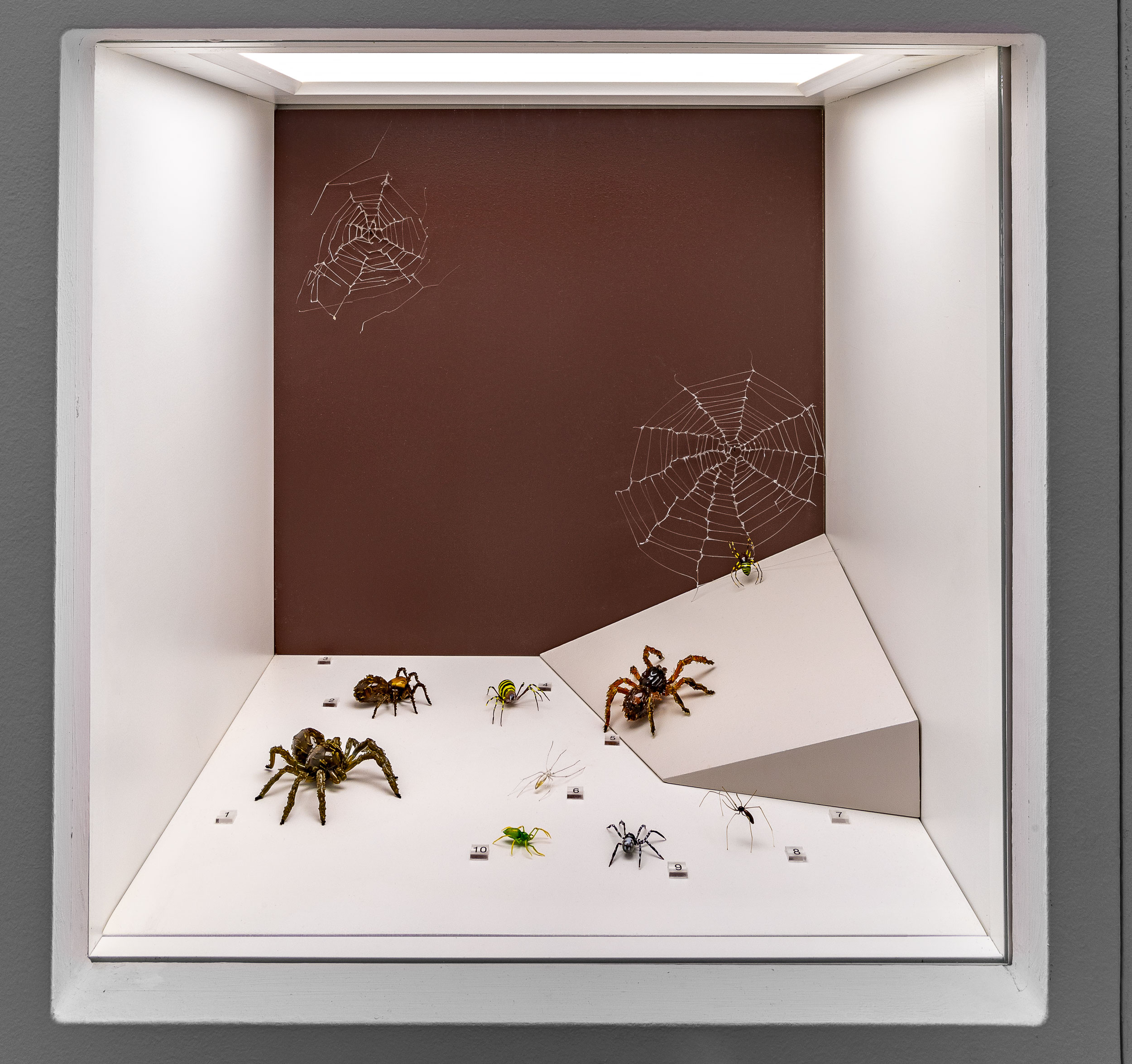 Glass animals have two characteristics that distinguish them from those made out of other materials: they never look ferocious, a trait typical of more traditional animalier sculpture, and above all they are never considered as a toy. Yet, a playful spirit sometimes animates this collection, which brings together the most famous of animals and those from lesser-known or even unfamiliar glass factories, following the thread of technical quality, of course, as well as irony and absolutely personal taste, far from standards and expectations.

There are examples from the most famous series, such as the pulegosi by Napoleone Martinuzzi, and the birds designed by Tyra Lundgren or Toni Zuccheri for Venini. Along with famous examples made by Seguso Vetri d’Arti, the zebrati by Barovier & Toso, the aquariums by Alfredo Barbini, the exhibition presents a vast selection of animals made by lesser-known but equally interesting factories in terms of twentieth-century Murano’s technical and formal experimentation. Demonstrating the boundless inspiration of the animalier theme, the exhibition also includes sculptures by living artists such as Cristiano Bianchin, Marcantonio Brandolini d’Adda, Franck Ehrler, Massimo Nordio, Isabelle Poilprez, Maria Grazia Rosin and Giorgio Vigna. 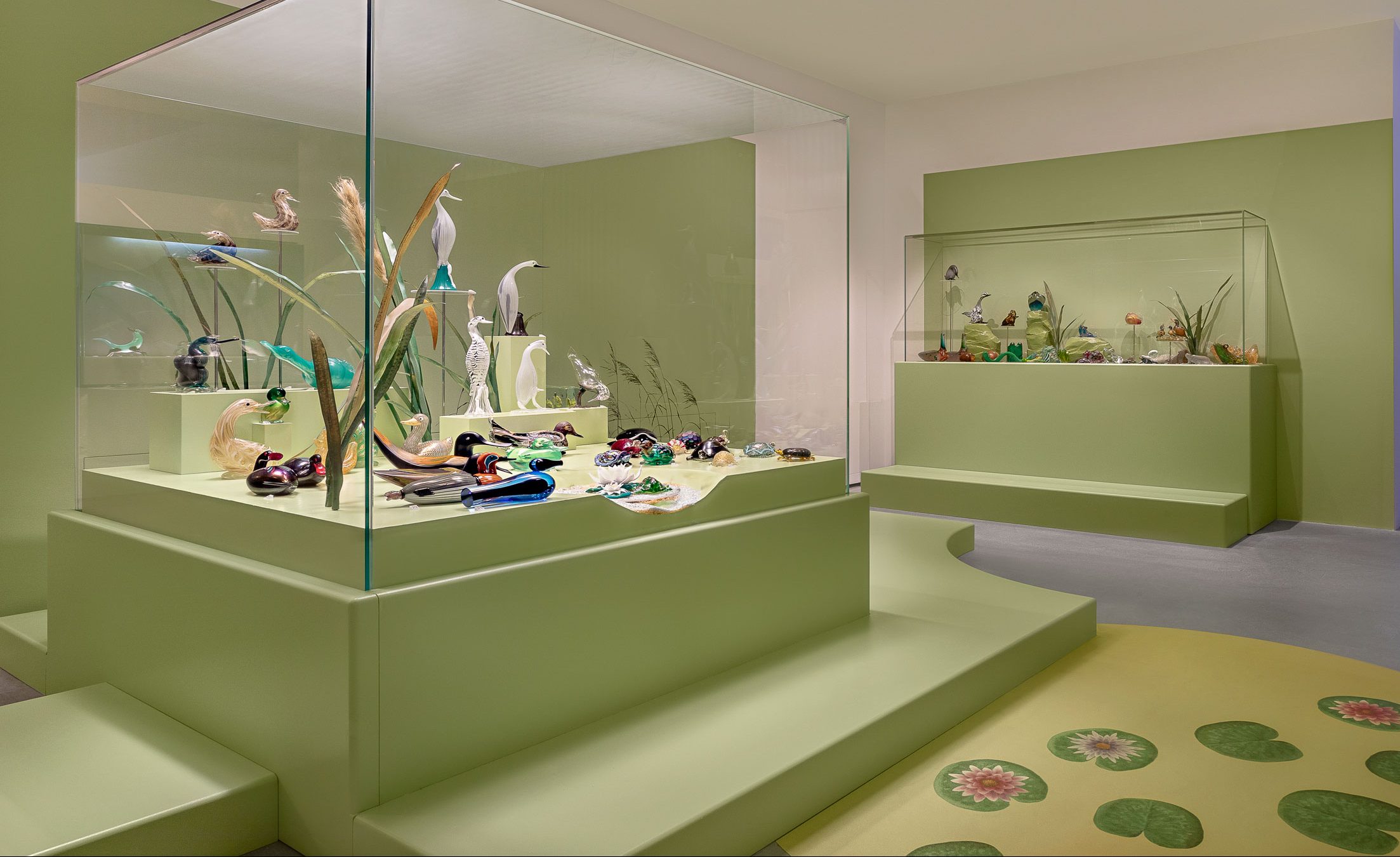 Amadi, who works in his studio in San Polo, is one of his favourites. «I immediately fell in love with his objects, and with him as a person. I continue to collect his tiny creations, made with the skill of the finest craftsmen. An artisan with an artist’s approach, meaning that Amadi suffers from the doubt and uncertainty typical of an artist’s temperament when it comes to his work. This is the attitude that leads him to reach beyond the boundaries of technical virtuosity to capture the intelligence of the object». 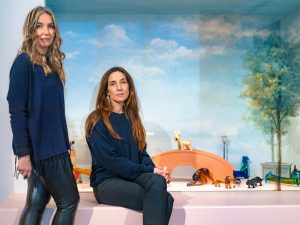 Eclecticism is one of the aspects that makes this exhibition truly special, as it expands our perspectie on glass and is dedicated to audiences of all ages. The project however took into careful consideration (and this is clear) little girls and boys, because animals are the subjects they love and respect the most, with which they can have a direct relationship. This can leave a lasting mark, something that can be cultivated over time, creating new awareness in the younger generations towards an appreciation of art and tradition.

In support of the exhibition there is an animated video made by Giulia Savorani, a visual artist and director who chose to work drawings on glass to create a fairy tile conceived for this occasion by Giordana Naccari. 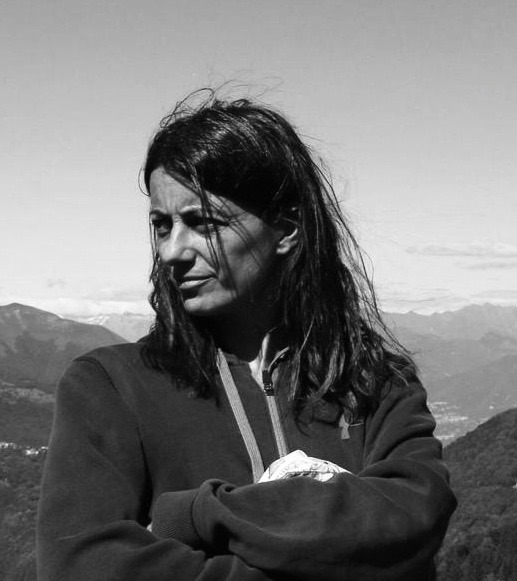