From Turin to Rome, Vicenza and Padua, various exhibitions celebrate Tutankhamen and his treasures

These are going to be a very intense two years for Egyptian culture in Italy, from now to 2024, when the Museum in Turin celebrates its first bicentennial. For this purpose, the Fondazione Compagnia di San Paolo launched an international competition last July to expand and renovate the inner courtyard of the Palazzo del Collegio dei Nobili and consequently to reorganize the spaces; furthermore the project will allow the city to enjoy an agora, conceived as a covered piazza, accessible to citizens and tourists compatibly with the Museum’s opening hours.

Before the winner of the competition is announced on January 31st 2023 – the submissions include famous international architects such as Snøhetta, Oma and Kengo Kuma, along with Italian firms Carlo Ratti Associati and Pininfarina Architecture – and construction begins, all across Italy, Egyptian culture is in the spotlight to celebrate the one hundredth anniversary of the discovery of Tutankhamen’s tomb, discovered on November 4th 1922 by British archaeologist Howard Carter in the Valley of Kings of Luxor.

Turin could not but celebrate the “Child Pharaoh” and does so with a video installation that transports us through time to the moment the tomb was discovered, but completely reversing the perspective, and seeking to convey Tutankhamen’s point of view. The work, I prayed for the resin not to melt by Sara Sallam – an emerging Egyptian artist – may be viewed through January 2023 and intends to be, explains the director of the Egyptian Museum Christian Greco, «a critical essay on archaeology, Egyptology, museum collections. It makes us think about the fact that this is a tomb, Tutankhamen’s eternal resting place. We have brought it back into the light, the body has been unwrapped, and undergone analysis. We have interrupted his eternal rest».

On October 29th in Venice, the exhibition “Tutankhamen 100 Years of Mystery” opened in Palazza Zaguri, which with its 5 stories and 36 rooms offered over 3000 square meters of exhibition space. Here antiquities and innovation merge to catapult and immerse the visitor in Ancient Egypt, using a virtual headset produced by Web’ngo – OneVR of Treviso. It used real-time graphic technology and photogrammetry to reconstruct the tomb and the experience of the “journey of the dead”, under the strict supervision of a team of Egyptologists. 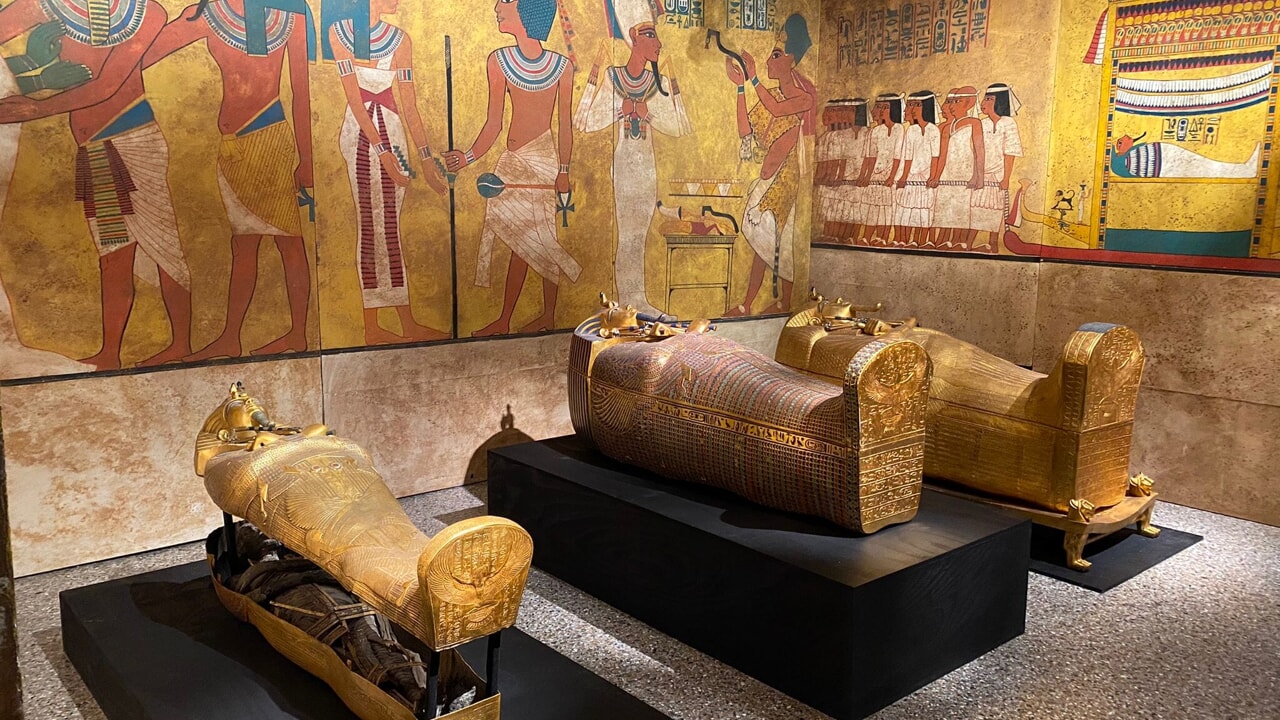 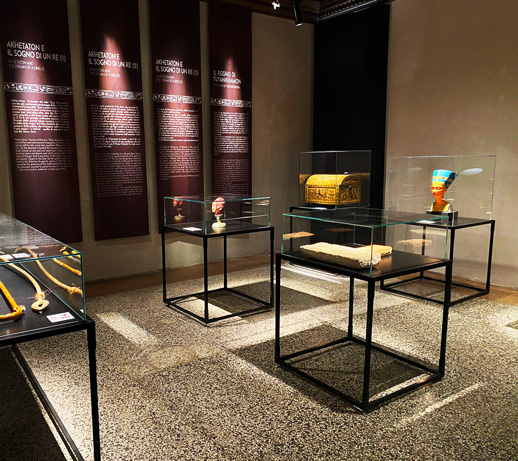 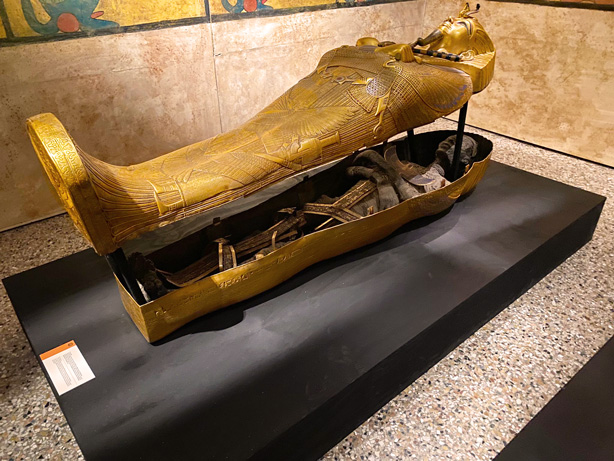 Also in the Veneto, in Padua, through March 12th, the exhibition “Tutankhamen – The Tomb, the Treasure, the Curse” presents 120 reproductions of the most important artefacts found in the tomb, an exhibition made in Cairo with the collaboration of the Egyptian Ministry of Antiquities.

The exhibition, curated by the Egyptologist Clarissa Decembri, is sited in the spaces of the ex-Macello; this exhibition also offers an experience of virtual reality with Unsquare Life, where one can visit the section dedicated to mummification, observe and understand the various phases of embalming, and listen to the story of how the tomb was discovered in the words of Carter himself, recited by Bruno Santini. The exhibition, touring through Italy, has already been shown in Naples, at the Castel dell’Ovo. 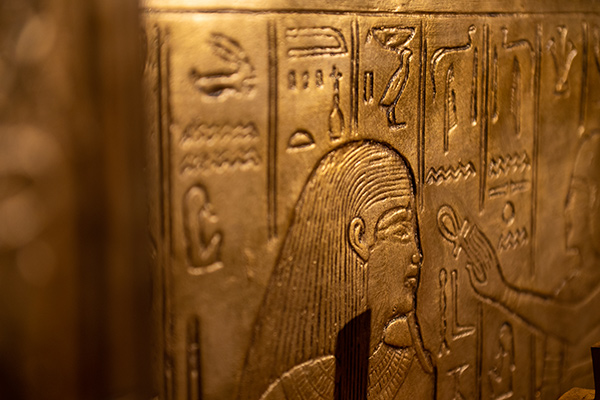 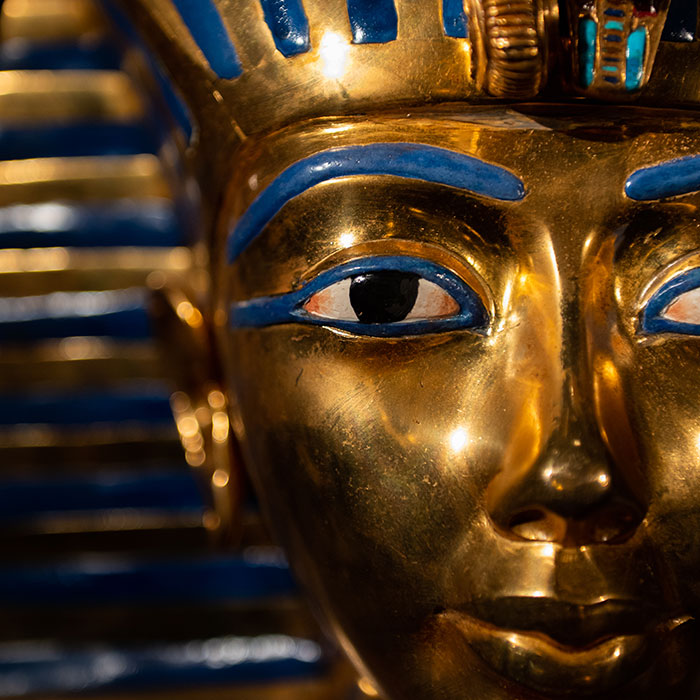 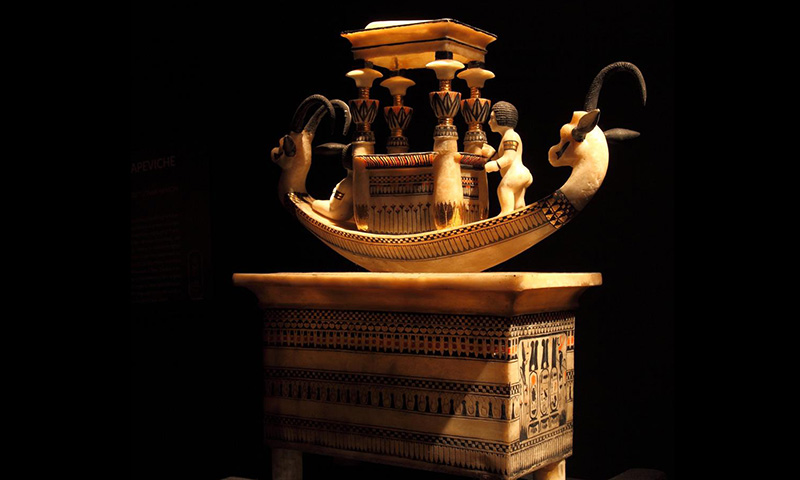 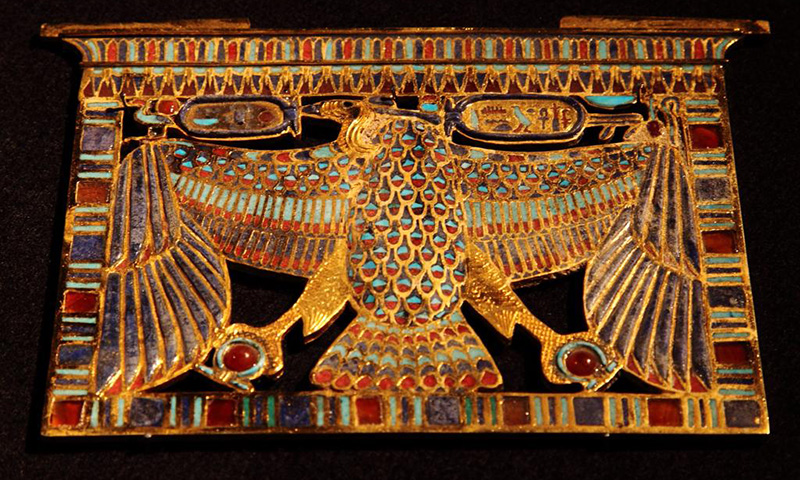 In Rome, the Egyptian Academy hosts the permanent exhibition “The Mysterious Discovery of Tutankhamen’s Tomb”. The building near Villa Borghese displays replicas of the most important treasures, including the head of the Pharaoh as it emerges from a lotus and represents birth after death; the canopic coffin, sculpted out of a single block of calcite and decorated with elements painted in an intense blue; the outer sarcophagus made out of wood covered in gold sheeting with decorative hardstone gems. 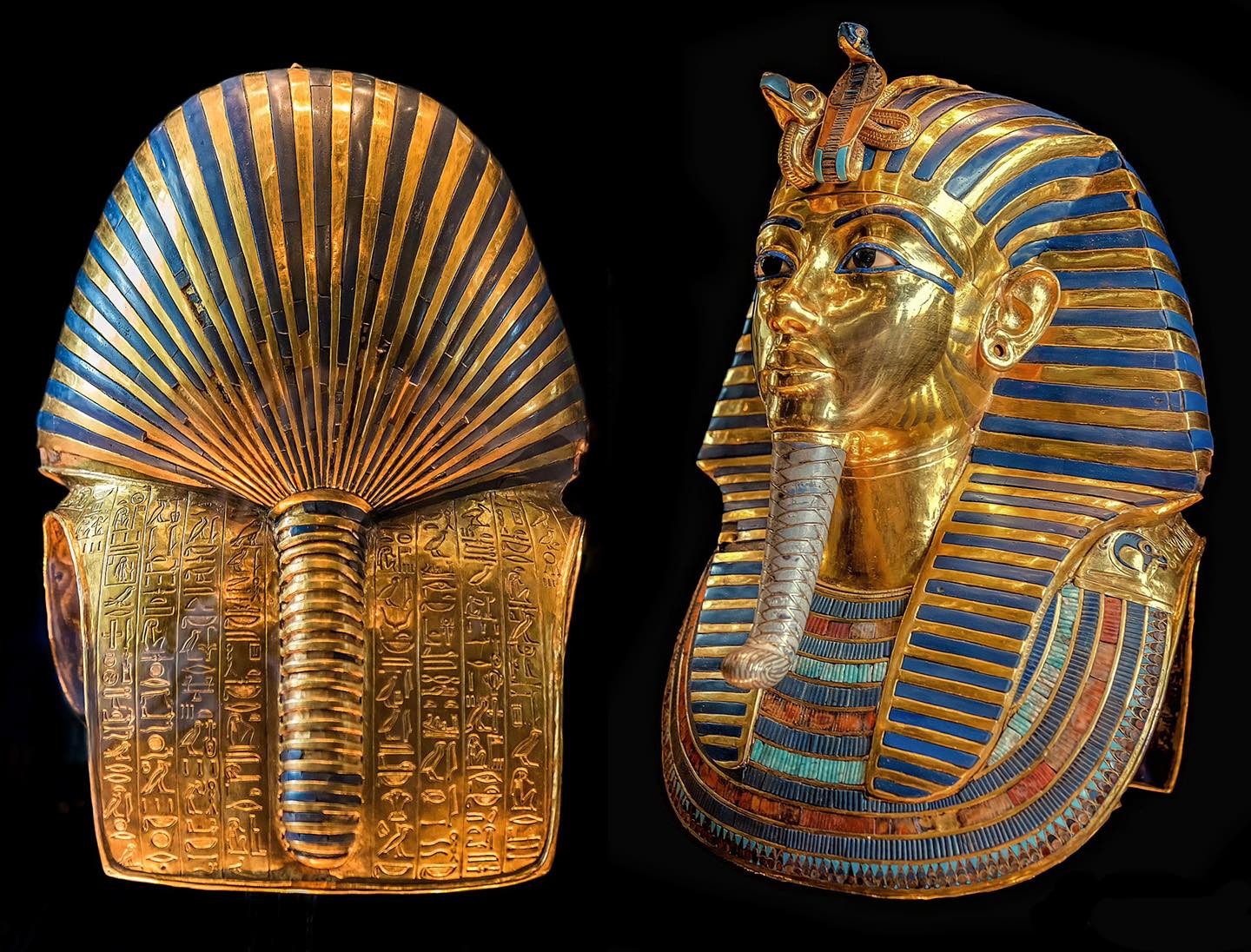 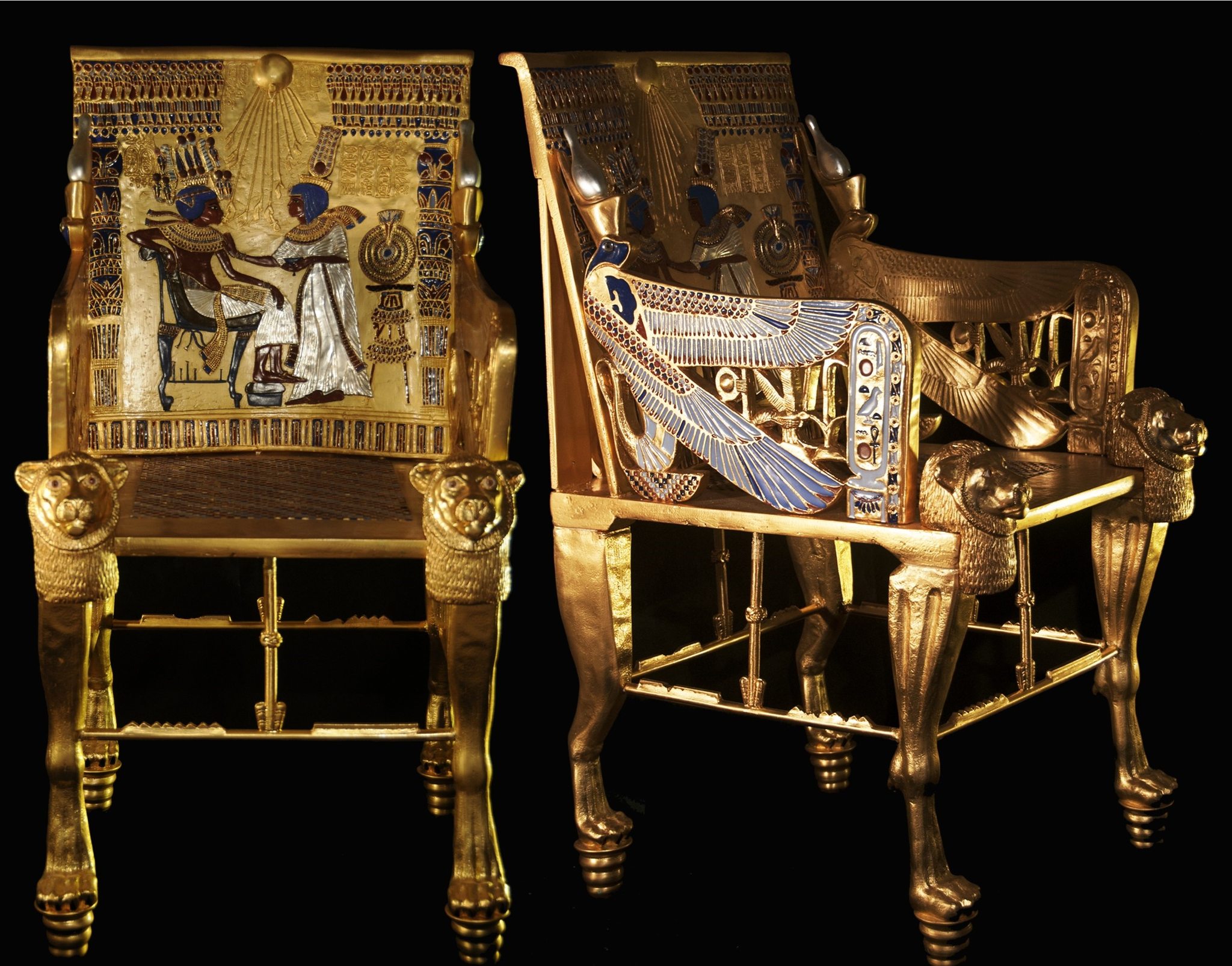 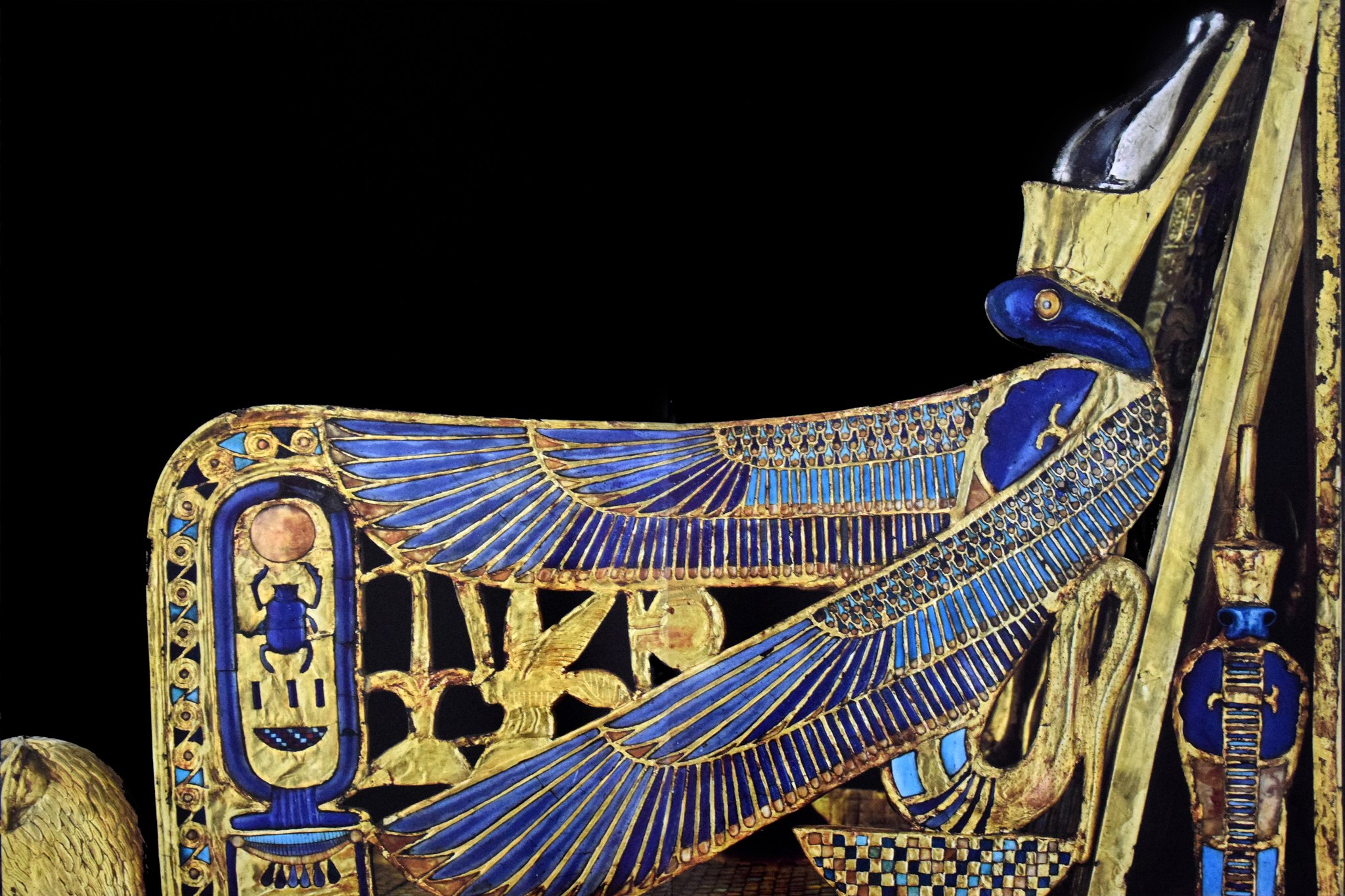 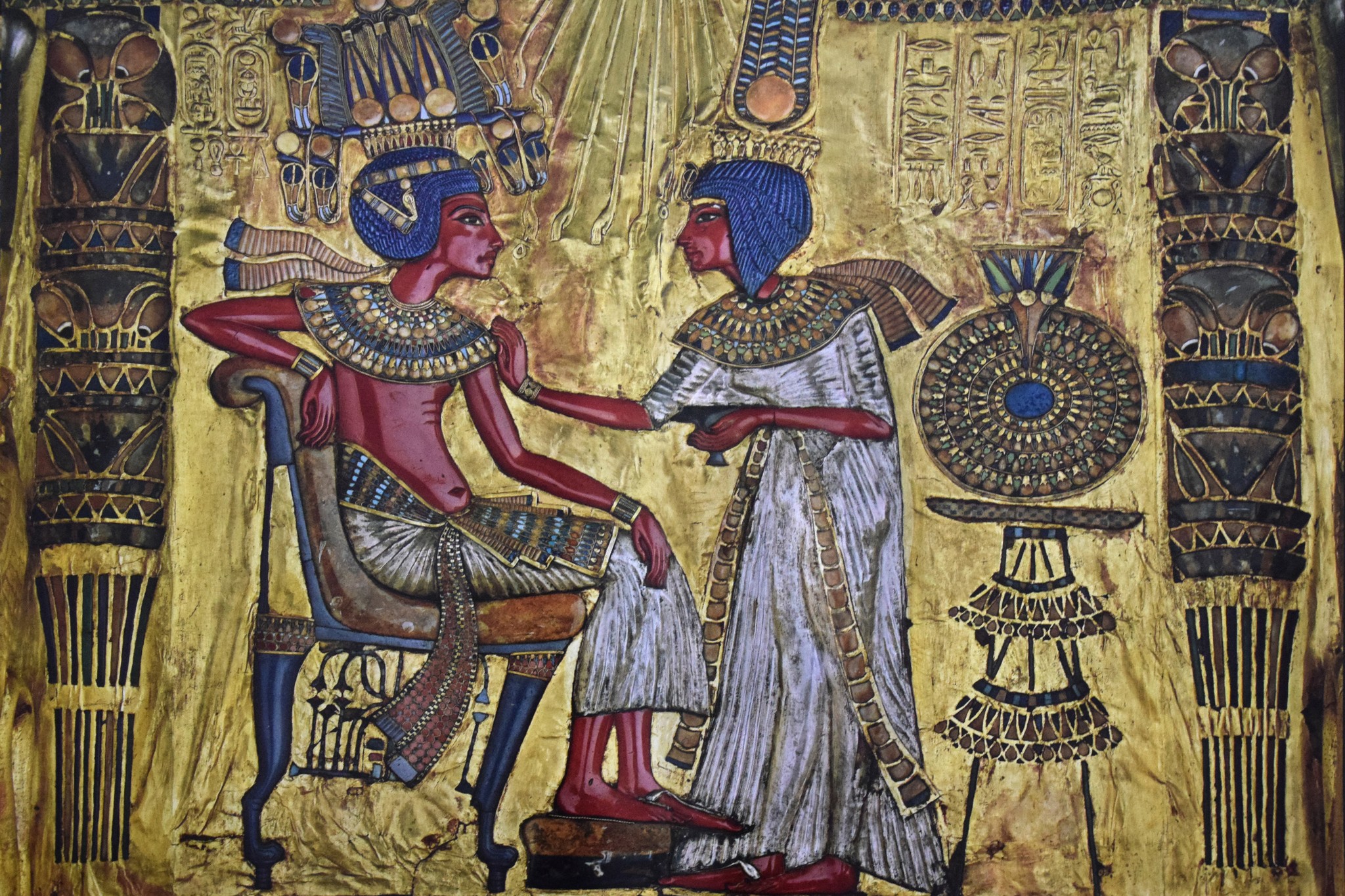 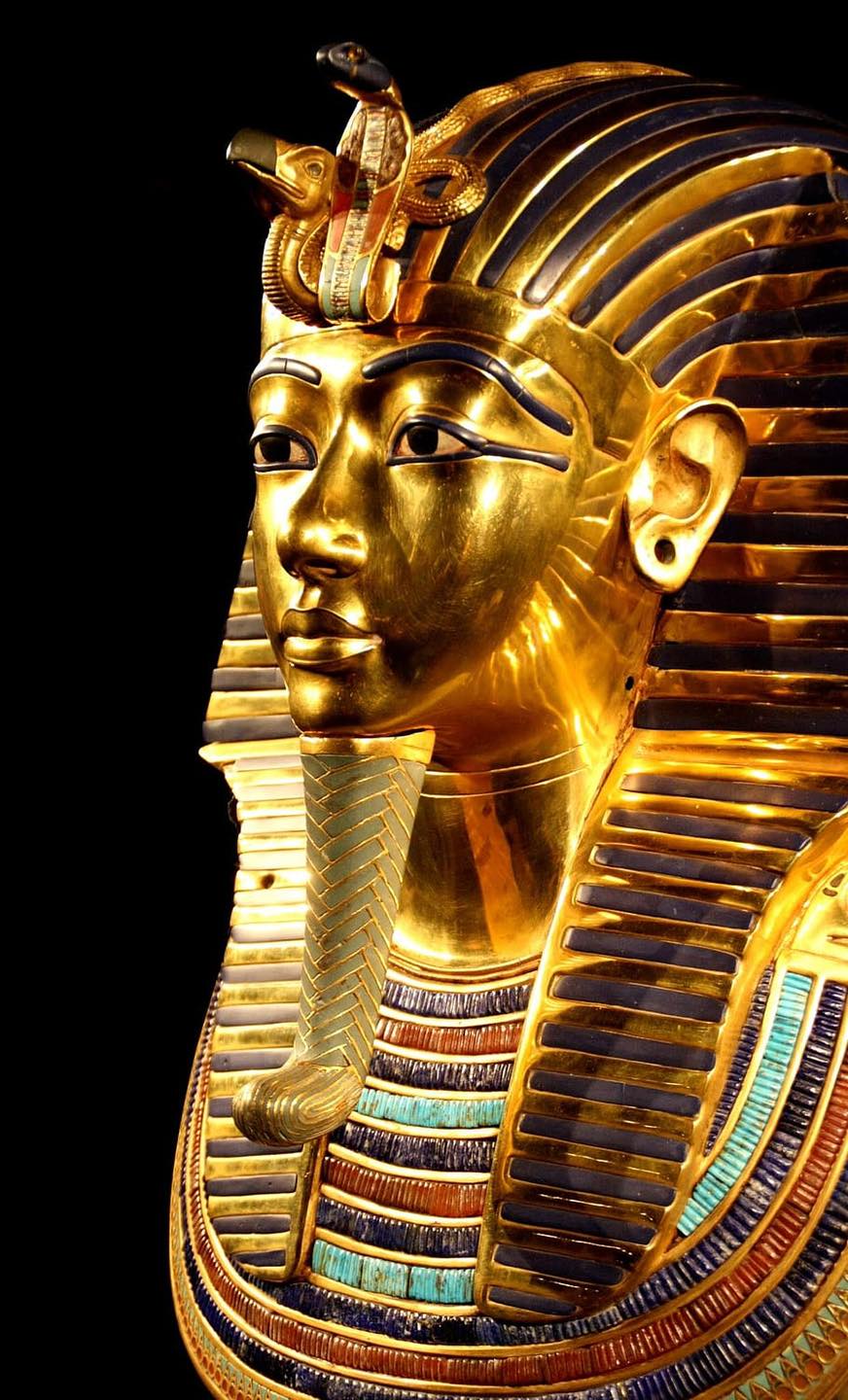 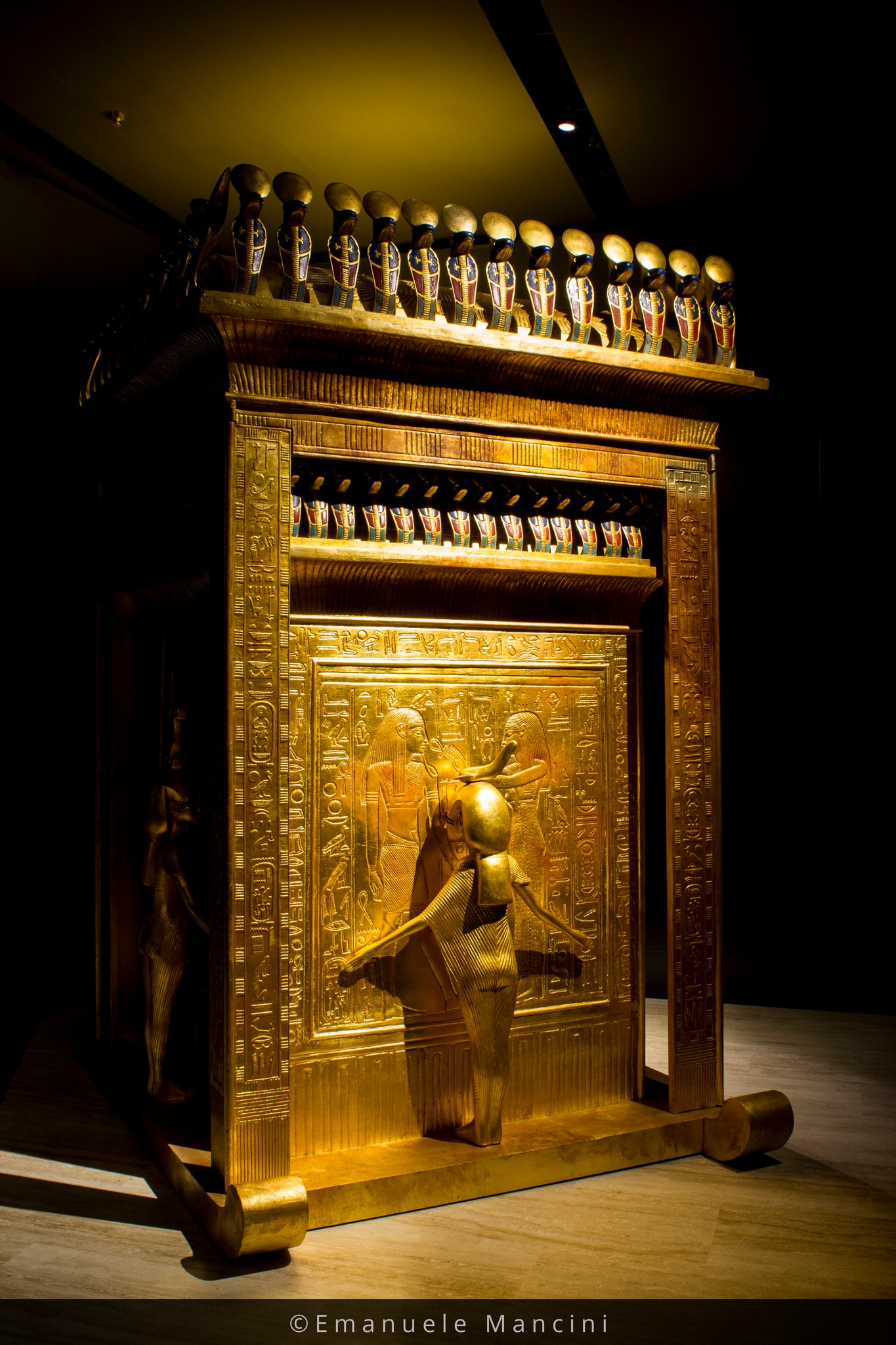 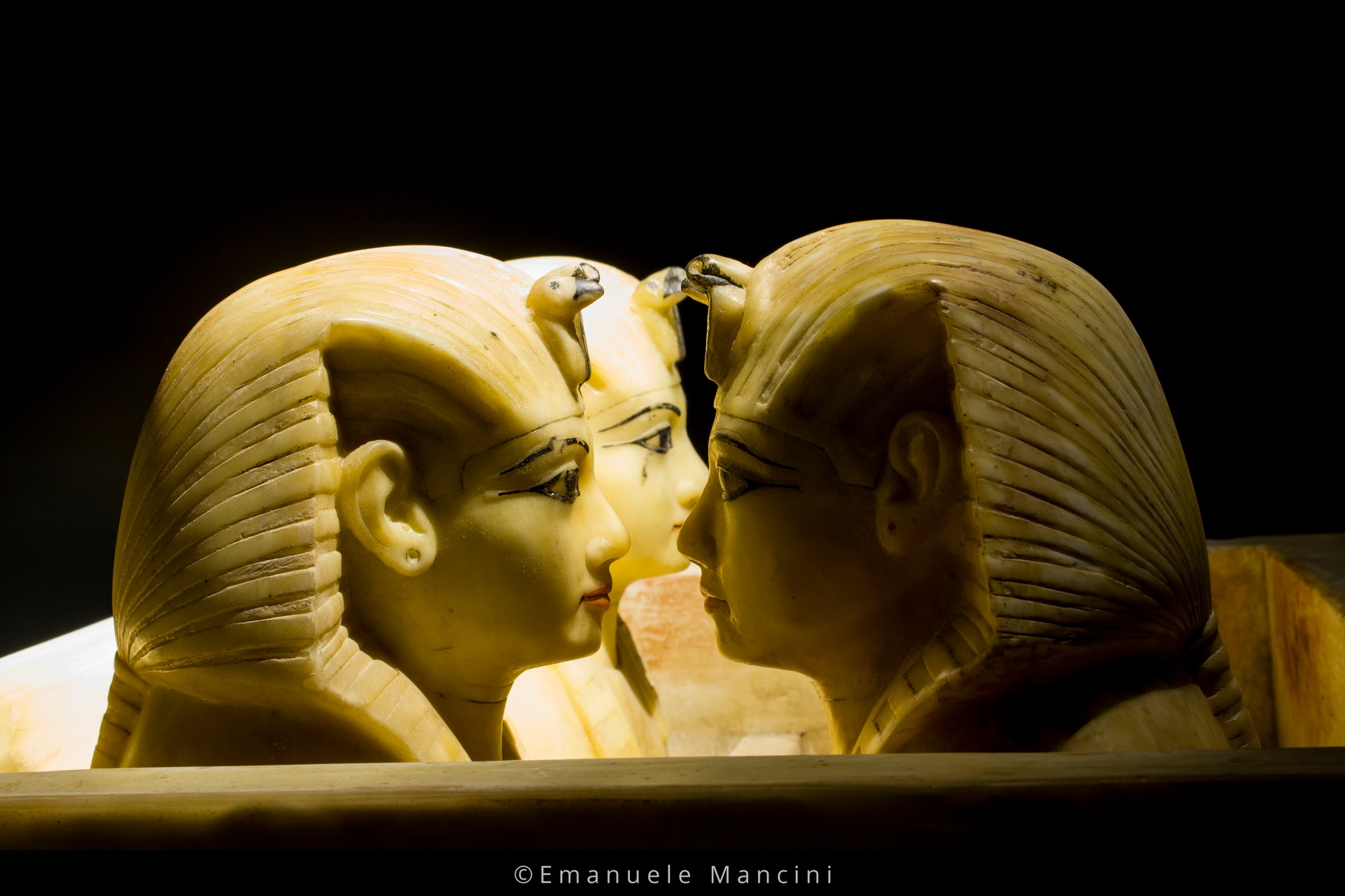 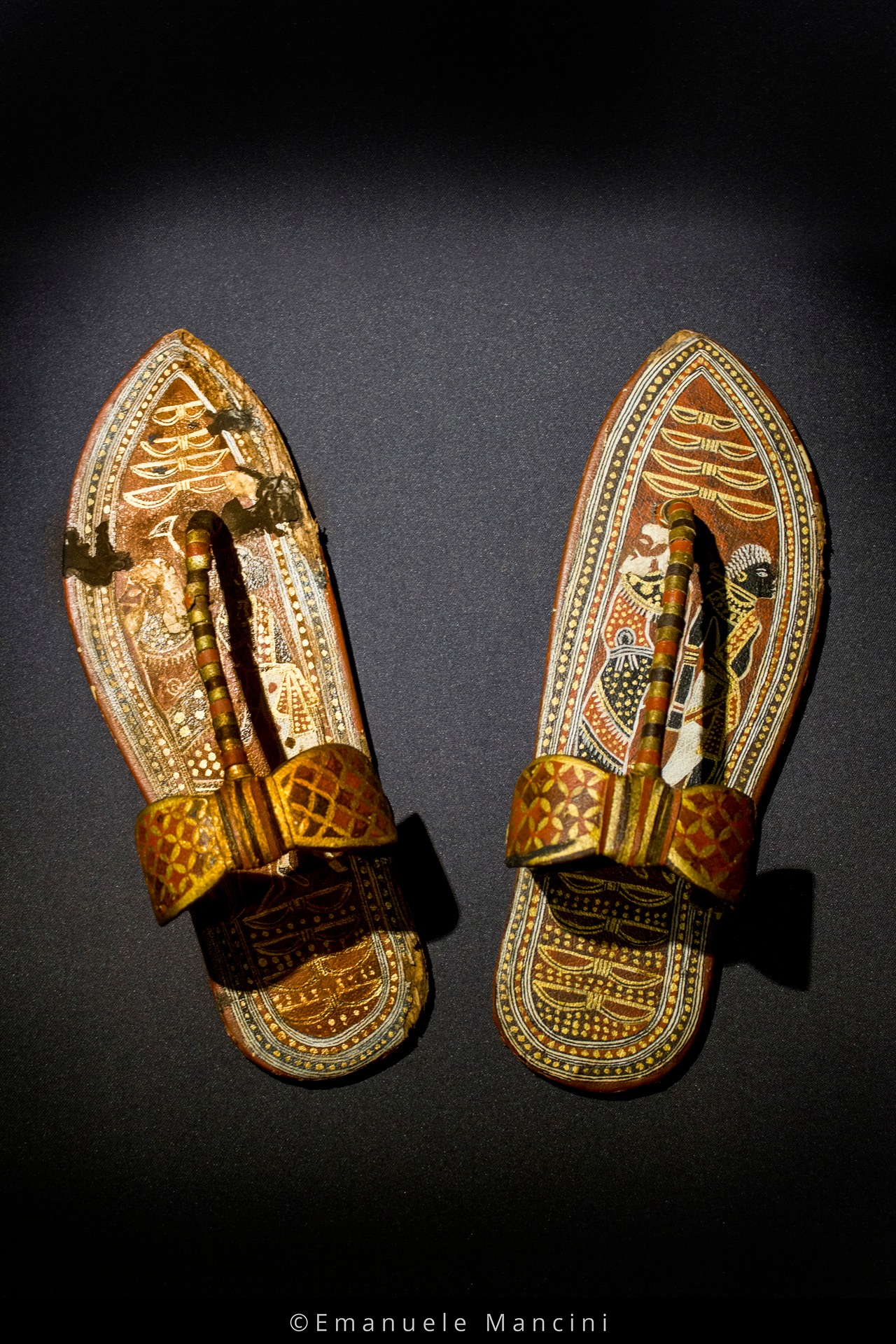 From December 22nd to May 7th 2023, Vicenza will be the site of the exhibition “The Creators of Eternal Egypt. Scribes, Artisans and Labourers at the Service of the Pharaoh”, in the spaces of the Basilica Palladiana. The exhibition, curated by the Egyptian Museum in Turin, by Cedric Gobeil, Paolo Marini and Corinna Rossi, coordinated by Christian Greco, features sculptural masterpieces, decorated tombs and sarcophagi, papyrus rolls, bas-reliefs and painted stelae of remarkable beauty that will make it possible to reconstruct life in Ancient Egypt, creating an ideal journey from the city in the Veneto to Thebes 3300 years ago.

Cover photo: “Tutankhamen – The Tomb, the Treasure, the Curse”, Padua 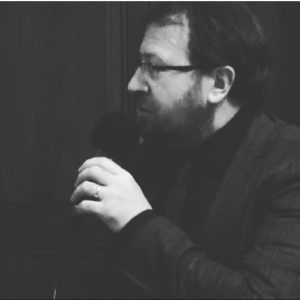 “Vado al massimo”, the story of the 1980s as told by the contemporary arts