From France to the Mediterranean, stopping along the way in Northern Europe, the Americas, Asia, Oceania, the Middle East and North Africa. Over the course of 6 years, the “Energy Observer”, a former racing boat, will sail tens of thousands of miles, stopping in 101 ports located in 50 different nations. The news is spreading on Italian media following its stop on the island of La Certosa in Venice,. The boat, renovated and modernized for the occasion, was launched on June 26th 2017, when it left the port of Saint-Malo headed for Paris. But what makes this endeavour so special? The fact that to sail from one side of the planet to another, the boat won’t need a single drop of fossil fuel. 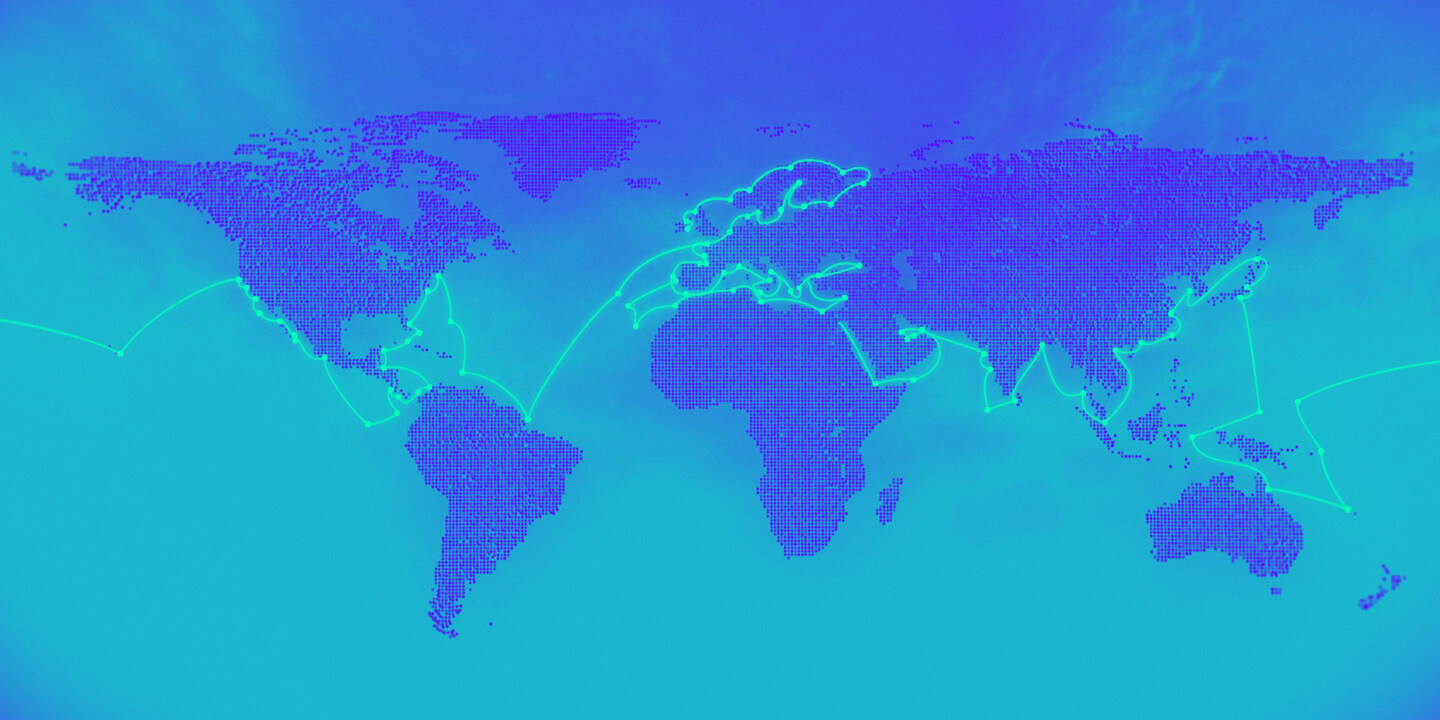 The Energy Observer as it departs © energy-observer.org

“One day, explained Victorien Erussard, who conceived the project and captains the Energy Observer, I was left with no energy during an Atlantic crossing, but as I looked around me, I realized that I was actually surrounded by energy. So I decided to dedicate my efforts to this futuristic boat which I believe can open up many new opportunities and offer alternative solutions for the future. This is a technological challenge that will demonstrate to the world that a different future is possible”. The are many important names and institutions supporting this initiative. They include the European Union, UNESCO, IRENA (the International Renewable Energy Agency) and Emmanuel Macron, the President of the Republic of France, a nation that ratified the Paris Climate Agreement (COP 21) to become a champion of the environmental cause.

The purpose of the expedition is to give the thousands of people who come into contact with the Energy Observer, a direct experience of the enormous possibilities that innovation can bring even now. 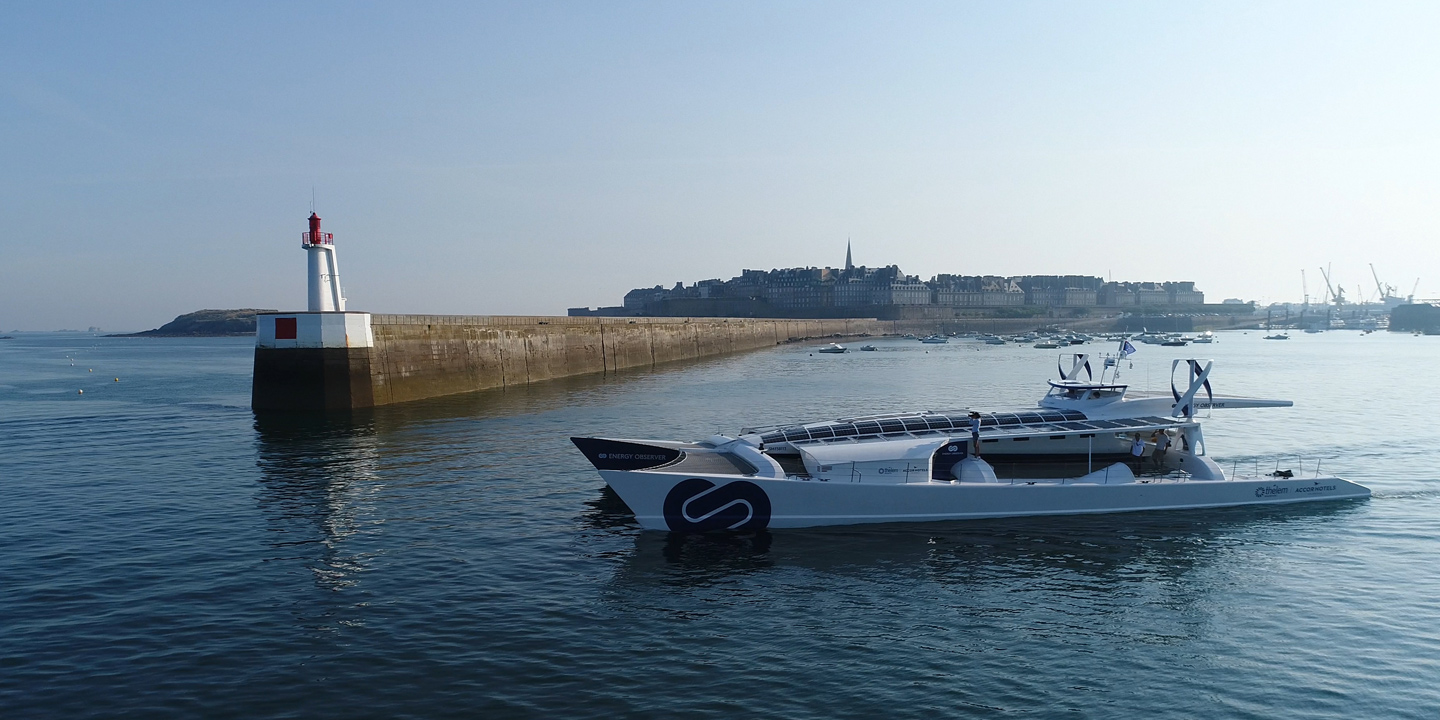 The project is the outcome of an eco-friendly approach to the transition towards a sustainable existence, to the enhancement of biodiversity and a recognition of the value of virtuous processes of a circular economy. It is no coincidence that the first stop in Italy took place in the lagoon of Venice, a place where the effects of rising tides and pollution (45% deriving from the toxic emissions of boats with diesel engines) are considered to be an immediate risk.

For this very reason, when it docks, the crew meets with exponents of the local communities who have adopted sustainable solutions in their work. In Venice, for example, the crew visited the island of Sant’Erasmo and in particular a small family-run company specialized in growing fruits and vegetables, that has adopted natural methods over the past ten years to replace the use of pesticides. These encounters will be recorded to produce a docu-series in eight episodes, the first of which will be broadcast during the year 2018. 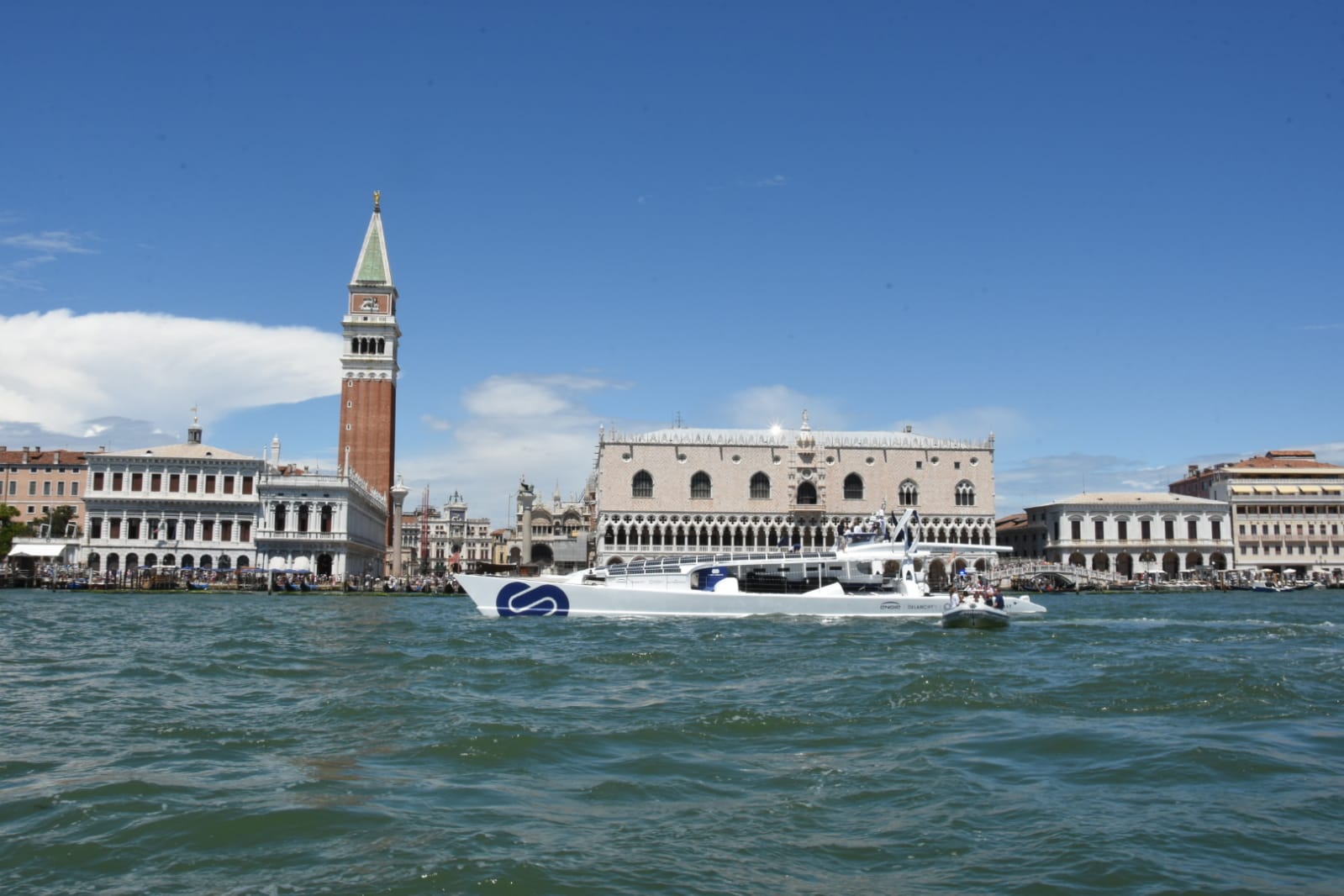 The Energy Observer in Venice © energy-observer.org

After Venice, the boat will continue its tour of the Mediterranean with further stops in Italy, including Bari, Messina, Stromboli, Salerno and Montecristo. The boat will thus be available to admire and visit along our coasts through the first week of August. The structure of the catamaran, built in 1983, has been modified several times to bring it to a length of 30.5 meters by 12.8 meters wide. Thanks to its high-tech equipment, the Energy Observer eliminates the salt and ions from the ocean water and separates it into its two basic elements: oxygen and hydrogen. The latter is stored to be used as “fuel”, with solar panels and wind turbines that help maintain an optimal power level. This is in fact a floating laboratory in which to experiment with new technologies in order to drastically reduce the emissions deriving from human activities, and could also be useful on the mainland. 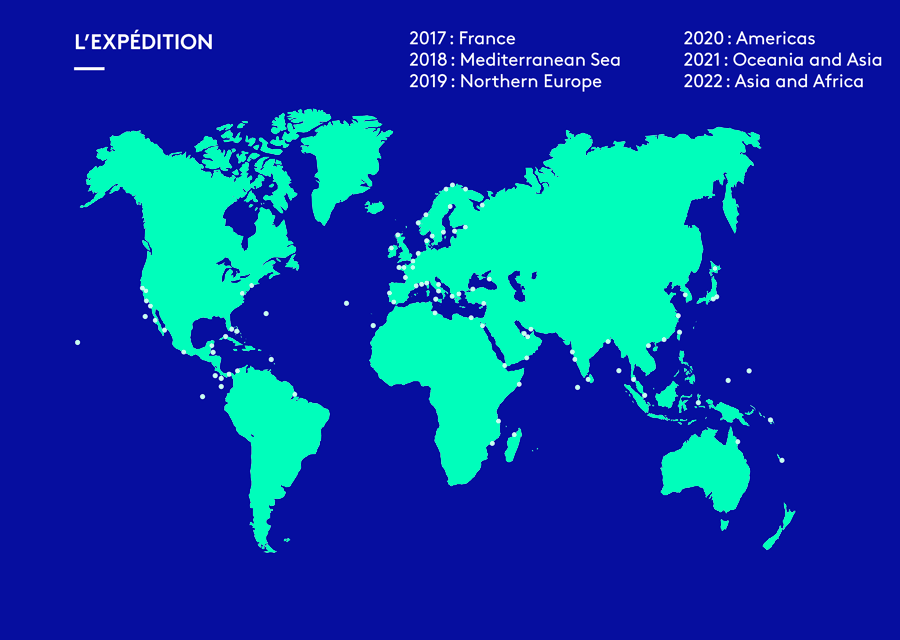