Public spaces and their transformative role: the themes of the Conference on the Future of Urban Spaces

About ten hours before getting into the car to head for the airport on our way to Teheran, there was a terrorist attack in southern Iran during a military parade. Armed men fired into the crowd killing 25 people – soldiers, members of the Revolutionary Guard and civilians. I began to imagine roadblocks, surveillance areas, and constant identity checkpoints by authorities as I arrived there; instead, entering the country was easy as pie: no problem at customs, no waiting for transportation to the hotel. And the area surrounding the hotel was quite peaceful, perfect for night-time walks to shake off jet-lag.

The sleeping city sprawled before my eyes was distinguished by its wide avenues, friendly little streets and illuminated skyscrapers that framed the back façades of ancient palaces. The structure of the city seemed made to the measure of man and everything was so comfortable, pleasant and reassuring. My first day in Iran was spent exchanging dollars into Iranian Rials, the local currency, and trying to understand how things worked on the street. Though the Toman is no longer the official unit, Iranians commonly express sums of money and prices of goods in Tomans.

There is an active black market for foreign currency and the difference between official and unofficial exchange rates varied exponentially during my stay. This is a situation that can make it easy to make a real profit in no time. Even though I was sorry in a way that I didn’t exchange my money at the airport, I was glad to have had the opportunity to interact with people on the street, and so to gain first-hand experience in a matter that for them is very urgent indeed.

As I visited the inner streets of the Grand Bazaar, I was overwhelmed by the quantity of merchandise for sale. Everything is regulated and one can only imagine the complexity of organizing such a large event, as rich in people as it was in products.

The bazaar is not just trade: in a place steeped in tradition, change was coming to this corner of the country. 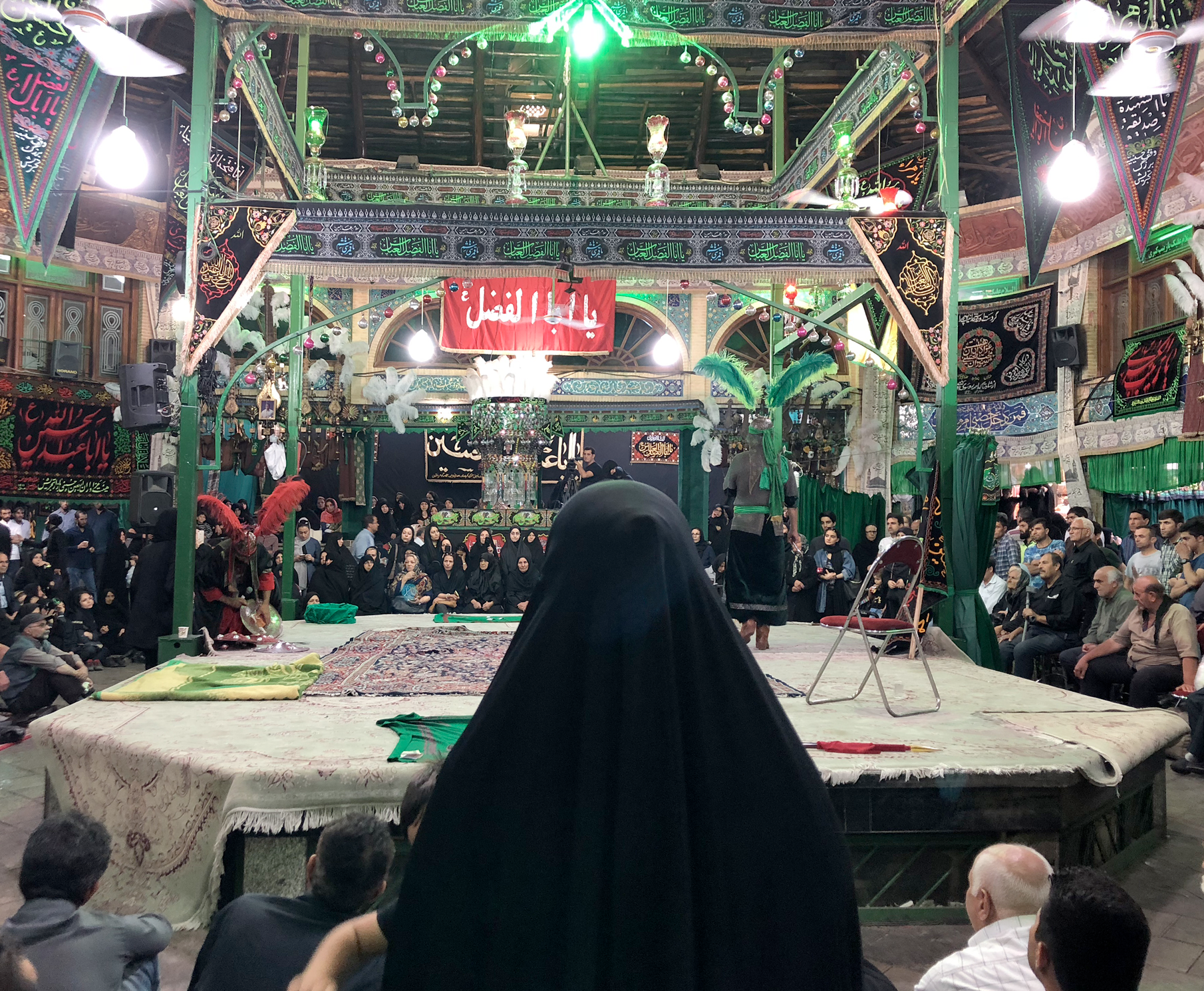 This labyrinth conceals areas of relaxation within where local residents sip hot sugary teas and nooks where religious ceremonies are held. The new generations however are pressing for modernization and transformation; some of them even define themselves as Persians rather than Iranians, and attempt to speak at conferences such as the one I was invited to, where they can exchange opinions with an international audience, which offers different points of view on many different themes.

Cordiality is the element that made the greatest impression on me during my stay. Wherever I went, I was warmly welcomed and constantly received invitations to share a meal at someone’s home. People showed respect and sincere interest in who I was and what I represent. I tried to say yes every time I could and, through this direct experience of an ancient and sophisticated culture, my journey will resonate long in my memory.

What can I say about the Conference on public spaces and my research into their role in transforming cities? Will these academic concepts be successful in tangibly transforming the places that people live in and inhabit? It’s hard to say. During the sessions, I caught only a glimpse of the role of women on public sites. Most of the presentations were incomplete and did not address the mandatory use of the hijab or the restrictions on people’s behaviour in the streets. No presentation focused on traffic or the way that vehicles rule the streets, leaving little room for pedestrians. During the day, the problem is so widespread that the sidewalks are filled with street signs that seek to limit the access of motor vehicles to areas that have been, but only symbolically, assigned to pedestrians. No reference was made to the difficulties encountered by mothers and fathers with prams, by the elderly or the disabled. Also missing were reports on the use of public spaces for leisure where men and women are restricted to separate areas. The same is true inside institutional spaces, where the different genders are forbidden to greet one another or even just wave at each other. 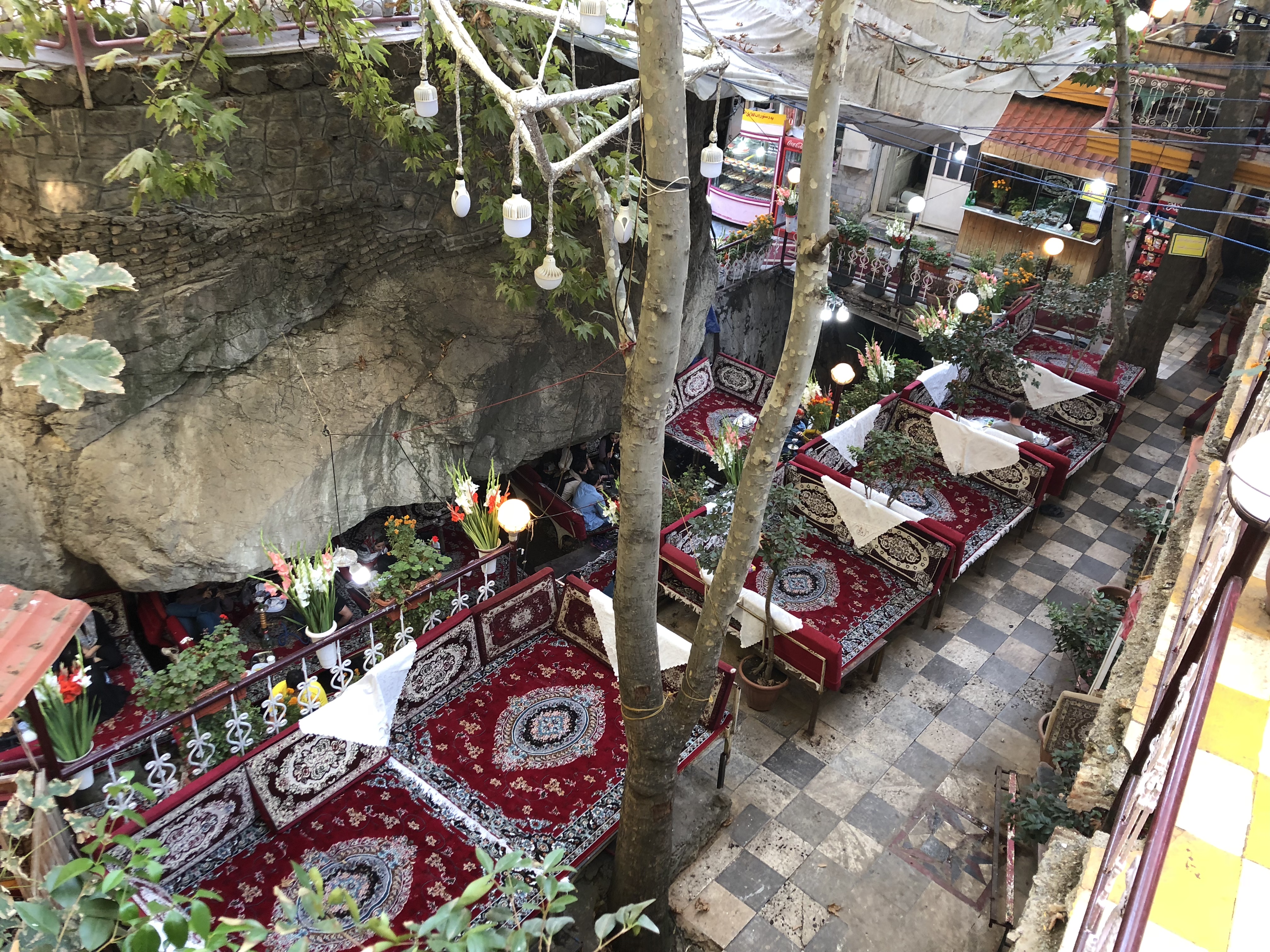 Typical restaurants in the old village of Darband

Even more surprising, in my opinion, is that the most successful public spaces in Teheran were never mentioned. While acknowledging the failures from a city planning point of view, as well as the challenges that still remain (partially because of the lack of planning and partially due to cultural issues), during my stay in Teheran I observed a city that offers not only noisy traffic, but fascinating pockets of public space for its citizens (from Ab-o-Atash, Ports and Taleghani Parks to City Park and Darband).

These places all have trees for shade, complex water systems for irrigation and fountains, benches, pedestrian and bicycle paths, play areas organized for the young and the elderly, fitness equipment, food stands and restaurants. These zones also serve as buffers from the traffic, making it possible for people to rest, play and converse. These are the concepts that become spaces. Places that we designers call successful public urban experiences, in which the Citizen is the centre of attention and is given the opportunity to find balance within himself, with others and with nature, despite economic hardship and the rigid dress codes. 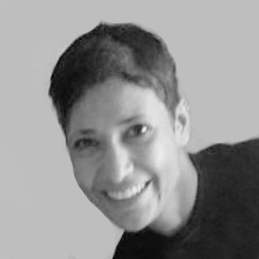