Merging Taste is a restaurant project that brings together three different identities in the same space: delivery, take-out and on-site dining

How would you like to leaf through the menus of different restaurants and create your own dinner with dishes prepared by different chefs? And maybe feel free to decide whether to eat this delicious meal in the intimacy of your own home, outdoors or even in a fine restaurant? You can do this in Milan, thanks to META (an acronym for Merging Taste), the restaurant project that brings together three different identities in one single space: delivery, take-out and on-site dining. META counts five kitchens and a retail space framed by eight store windows on Via Bonvesin De La Riva 3, where Gualtiero Marchesi once opened his first restaurant.

The idea was conceived by two entrepreneurs under the age of 30, Ludovico Leopardi and Leo Schieppati, driven by the will to create a new format that could satisfy everyone’s needs and taste but keeping the quality high and aiming at sustainability.

Their studies and their experiences did not directly concern the world of food service, but they soon worked together to conceive a business project that required skills in the matter of new technologies and investments. Ludovico, born and raised in Rome, graduated in History from the University of Durham and worked at global banks specialising in financial markets and Mergers and Acquisitions. Subsequently, an experience in the field of innovation consulting led him to explore the world of innovation and new technologies, where he developed project management skills. Leo, from Milan, graduated in Economics and Finance from the Università Bocconi and worked for alternative investment funds in London in equity research and investment analysis of start-ups.

At a certain point they understood that they could combine their skills to explore the food sector: «(…) The world of food is changing rapidly, the consumer has growing demands and the offer must respond to the customer’s needs – explain Ludovico and Leo to Pantografo. It is an extremely challenging field that is growing rapidly, and that is precisely why we chose it». And that was the genesis for this innovative project: META, the result of a «careful analysis of the ghost kitchen model developed in the United States and in the United Kingdom, how it can apply to the Italian market, and its weaknesses», they continue. 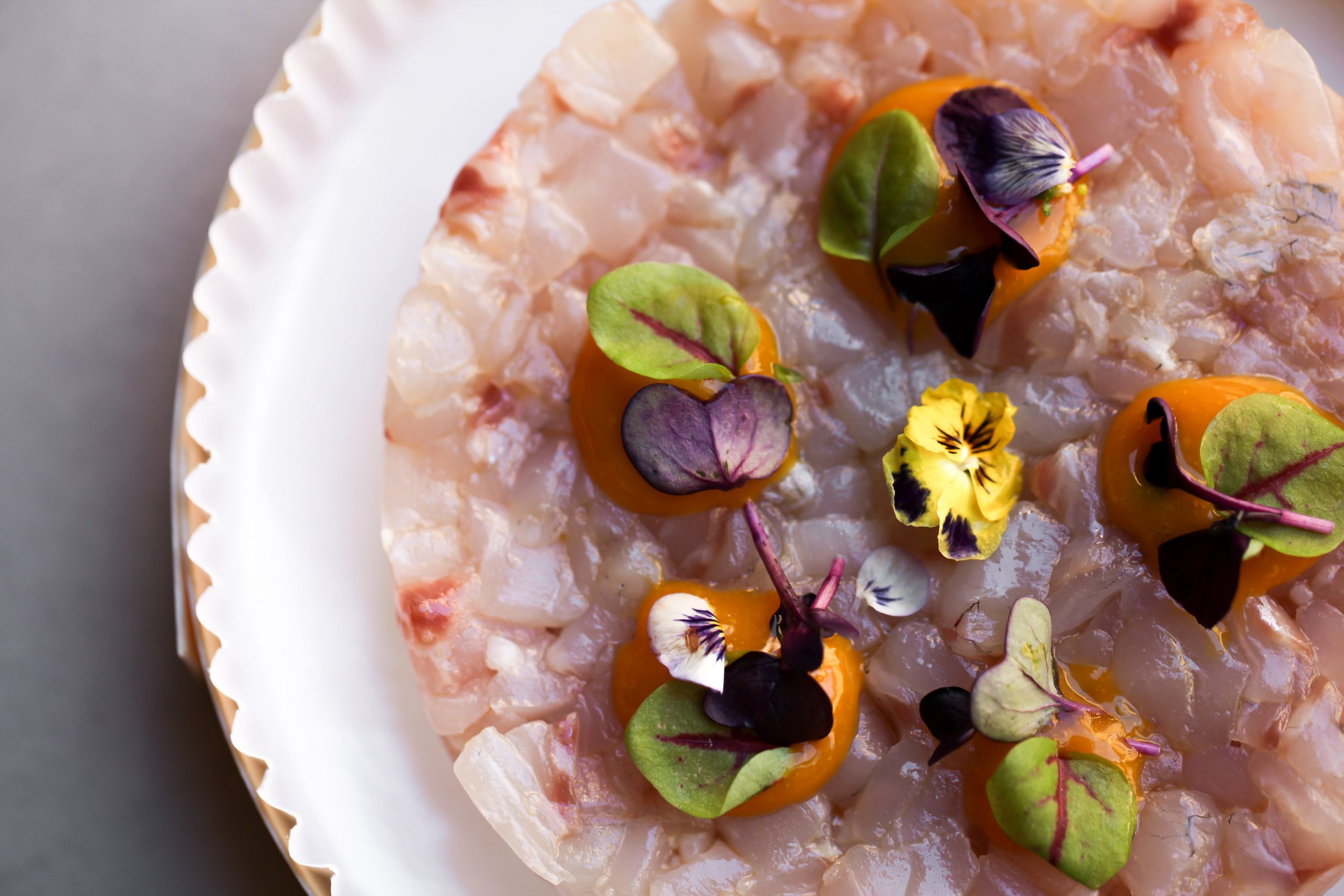 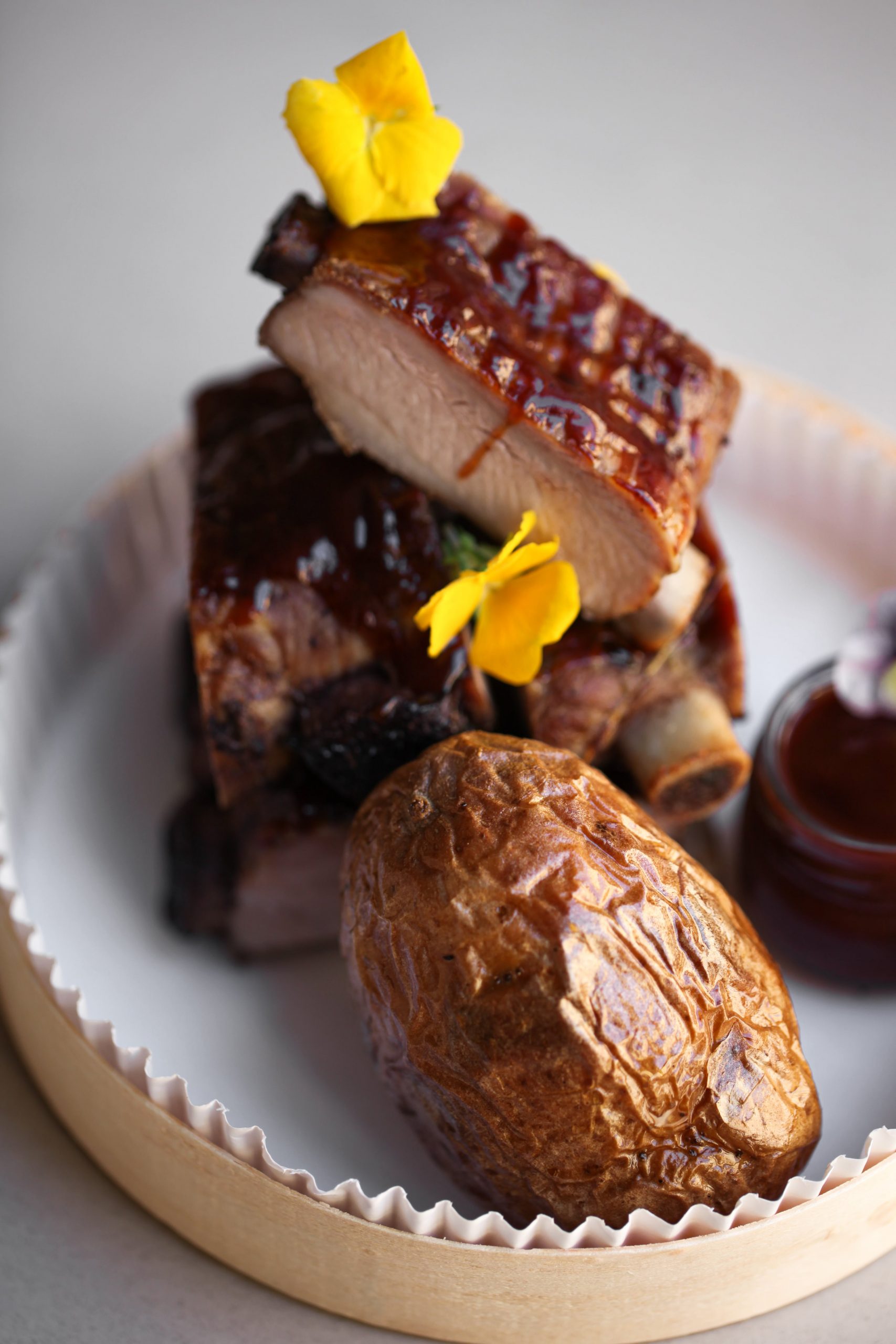 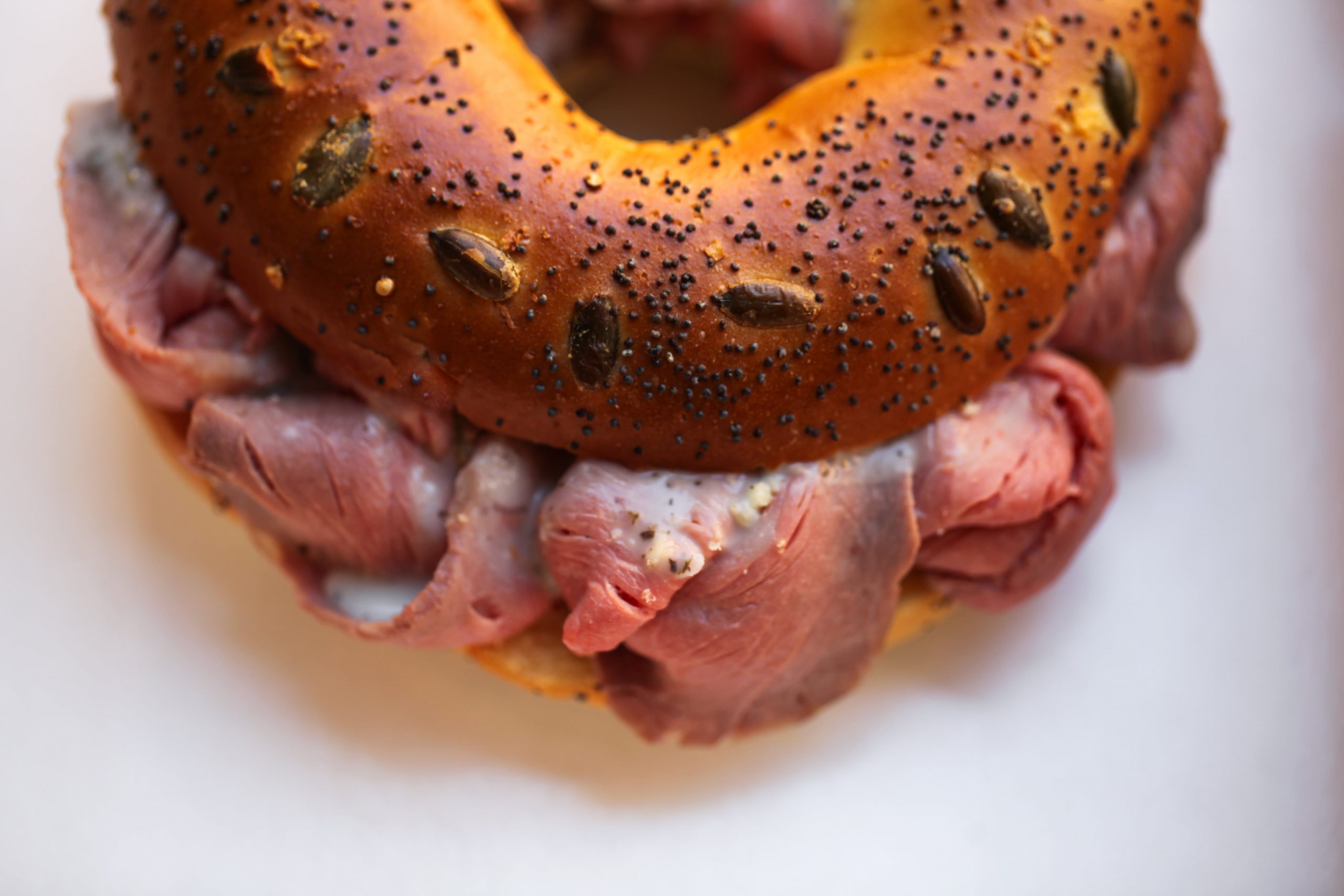 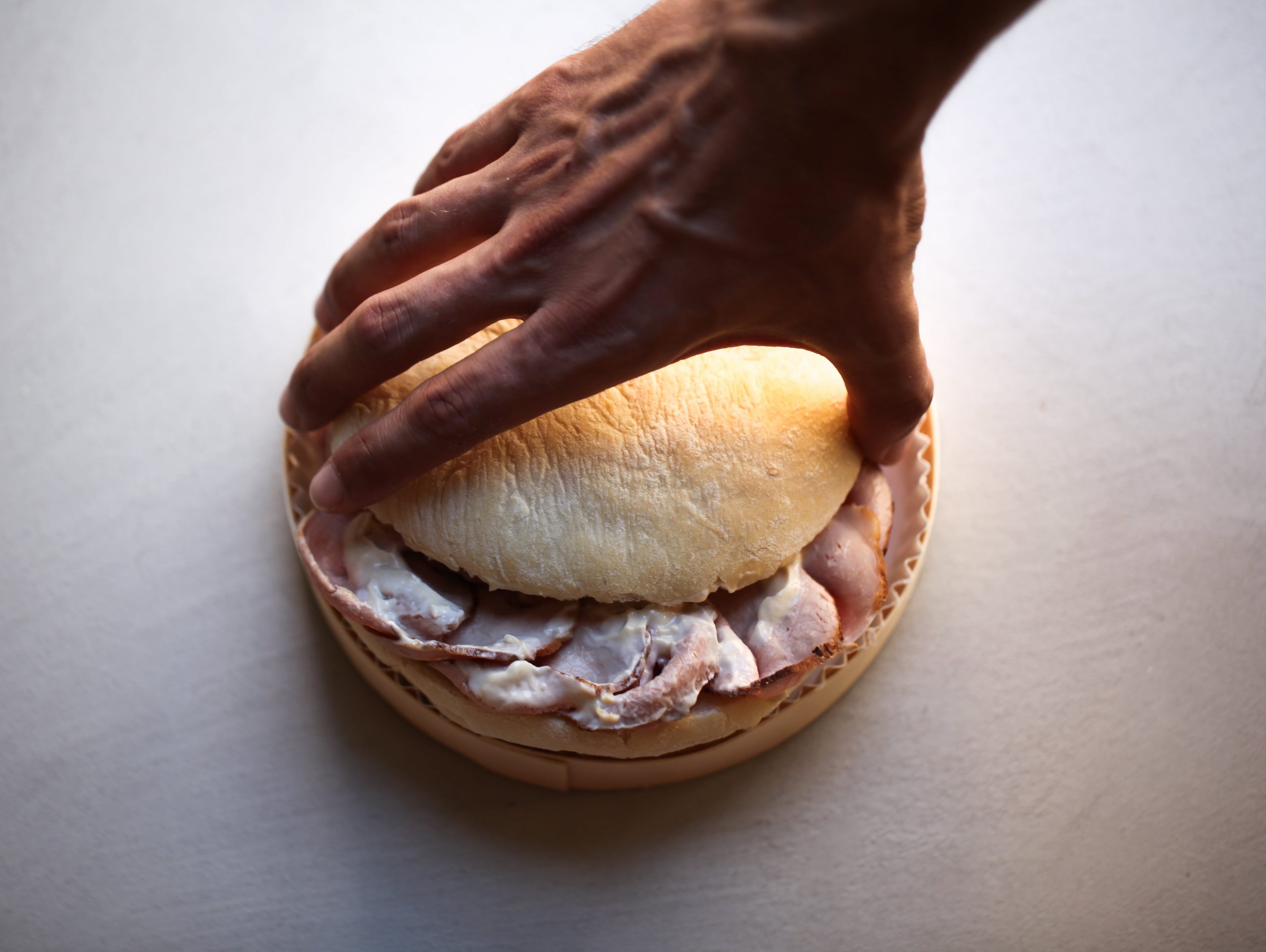 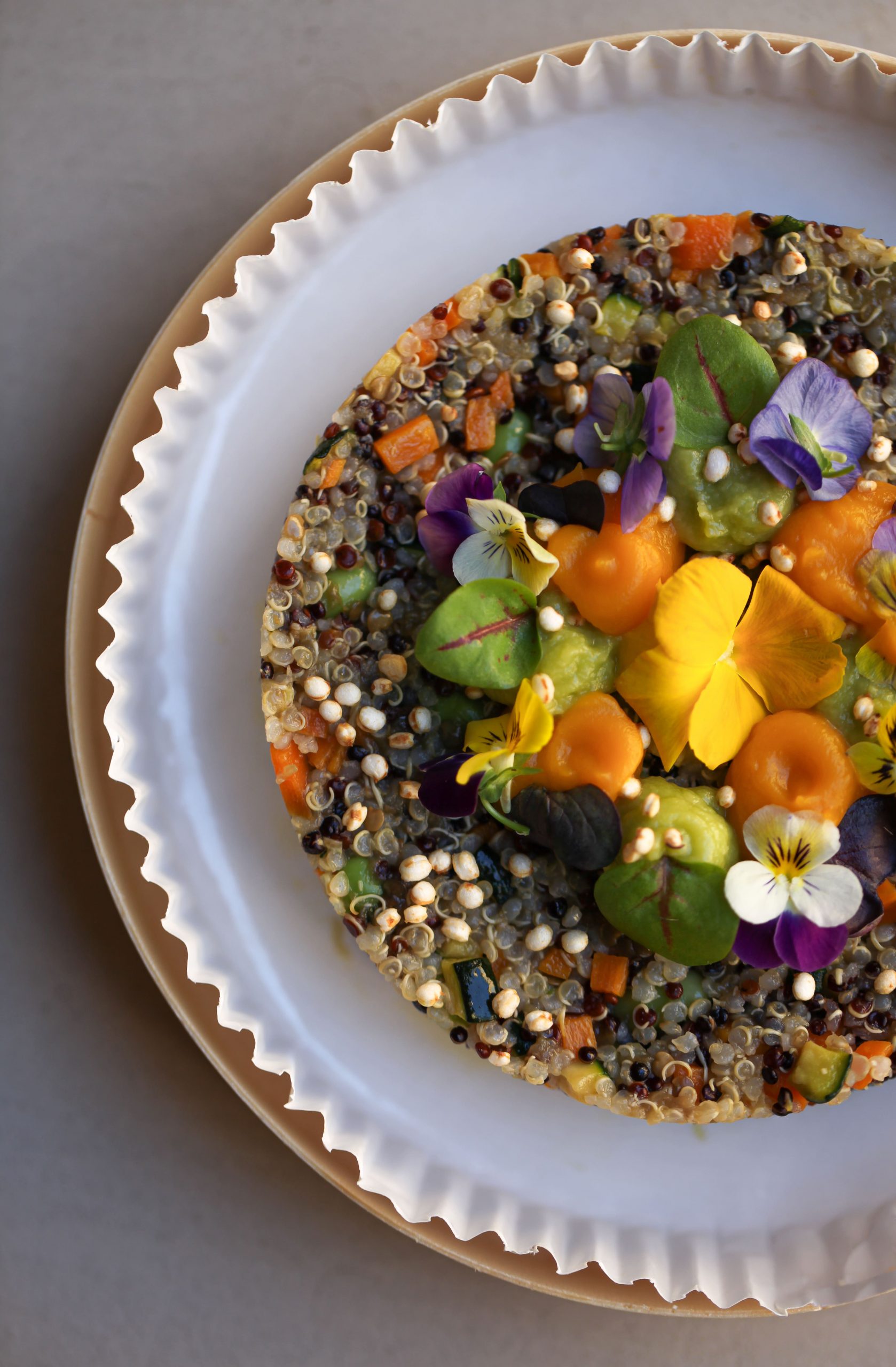 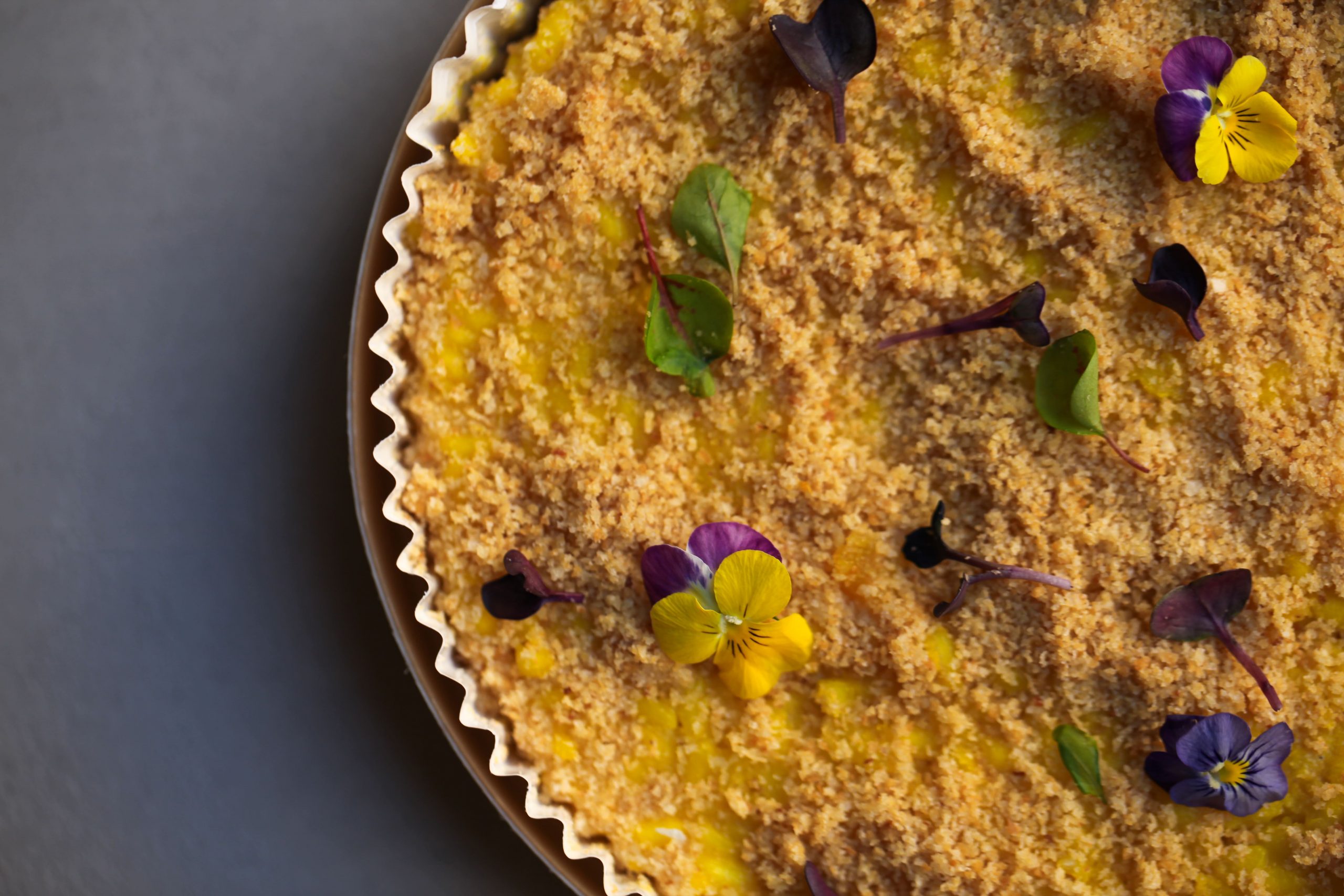 Compared to the models they observed, and considering the effects of the pandemic on social relations, they had to study a solution that could adapt to the context of Milan. In the United States, for example, the warehouses are far from the centre of the city, whereas the «demand for food delivery in Milan is concentrated prevalently in the centre of the city and this led us to bring a suburban model into the city centre – say the two young entrepreneurs – to facilitate logistics and delivery by bicycle. Second, while Covid undoubtedly helped to increase the demand for food delivery, it also increased people’s need to share, to go out and be together, that is why our food court is not only virtual, but physical as well». What emerged is an original retail concept: on the one hand a native delivery space and on the other a social and convivial space, like a small version of a London food market. And there is more: «The third weakness of the American ghost kitchen derives from the loss of restaurant customisation in the model. The menus and formats are gathered in a single container that risks depriving restaurants of their personality and their specific character. In that sense, META is committed to enhancing the uniqueness of each partner within the project». The innovative concept includes a food collective that seeks to involve a wider public thanks to a superior quality food and wine selection and a level of service that responds to the highest standards of environmental and social sustainability.

META has chosen electric means of transport to try and reduce CO2 emissions, for example. The packaging is made of recyclable organic material. 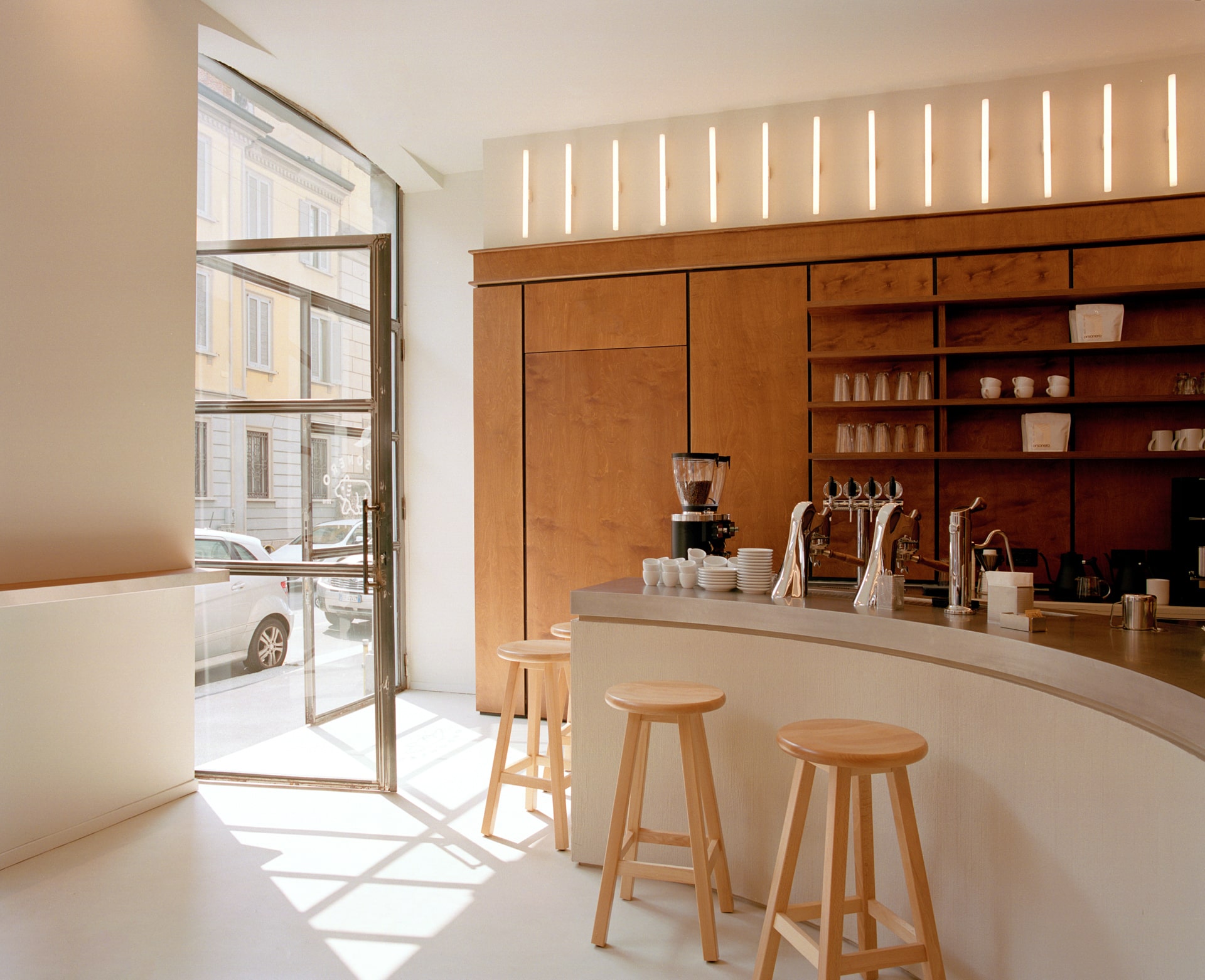 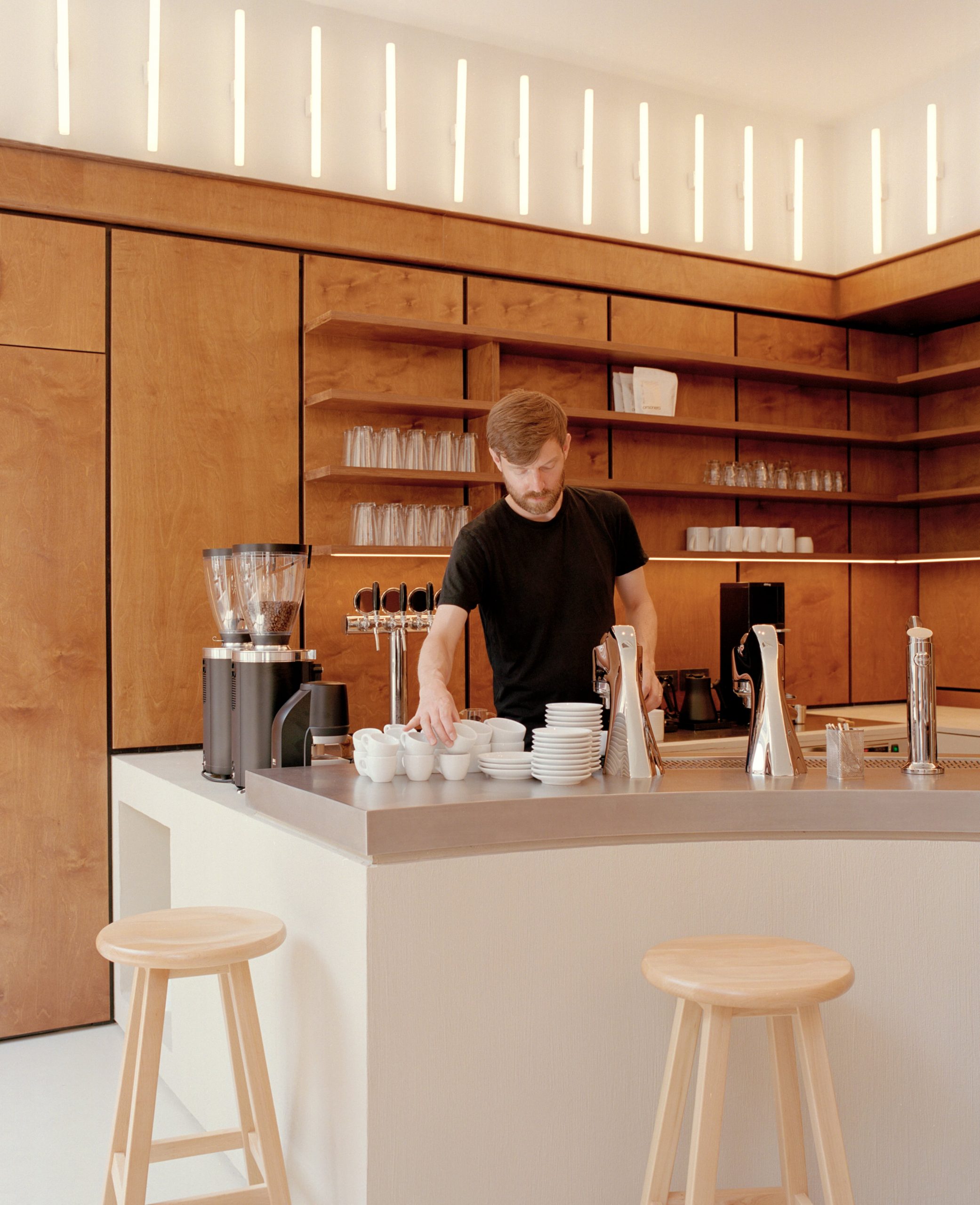 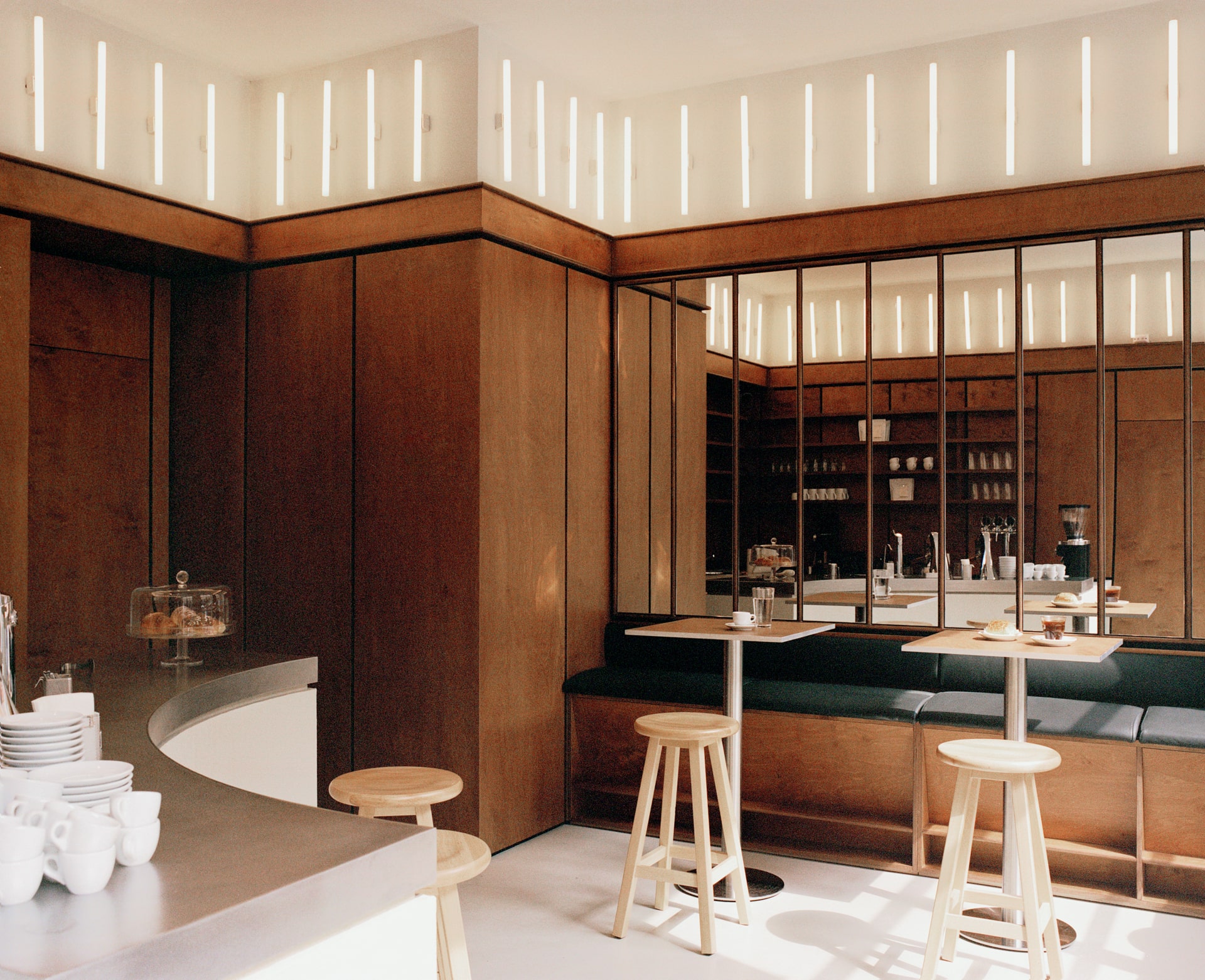 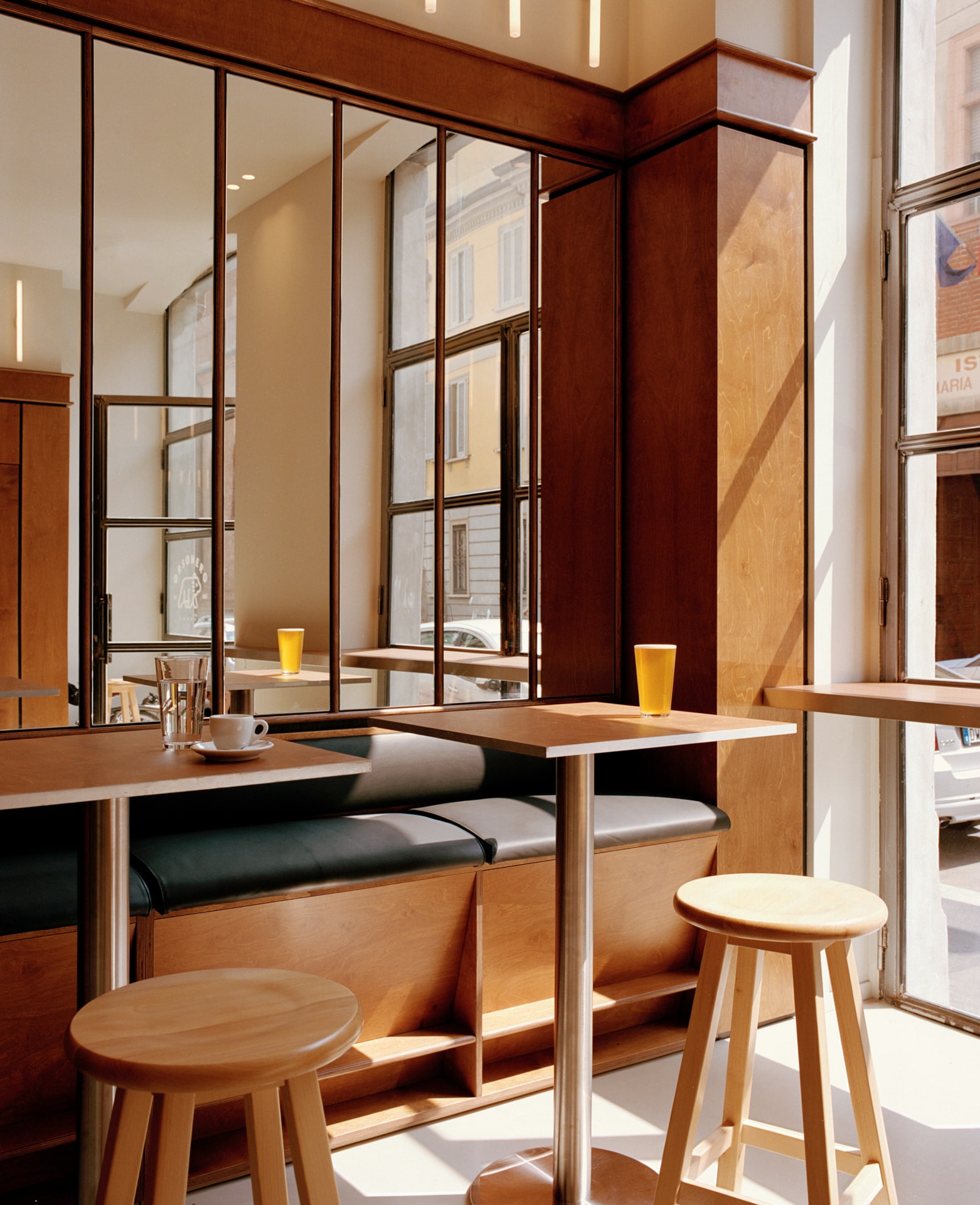 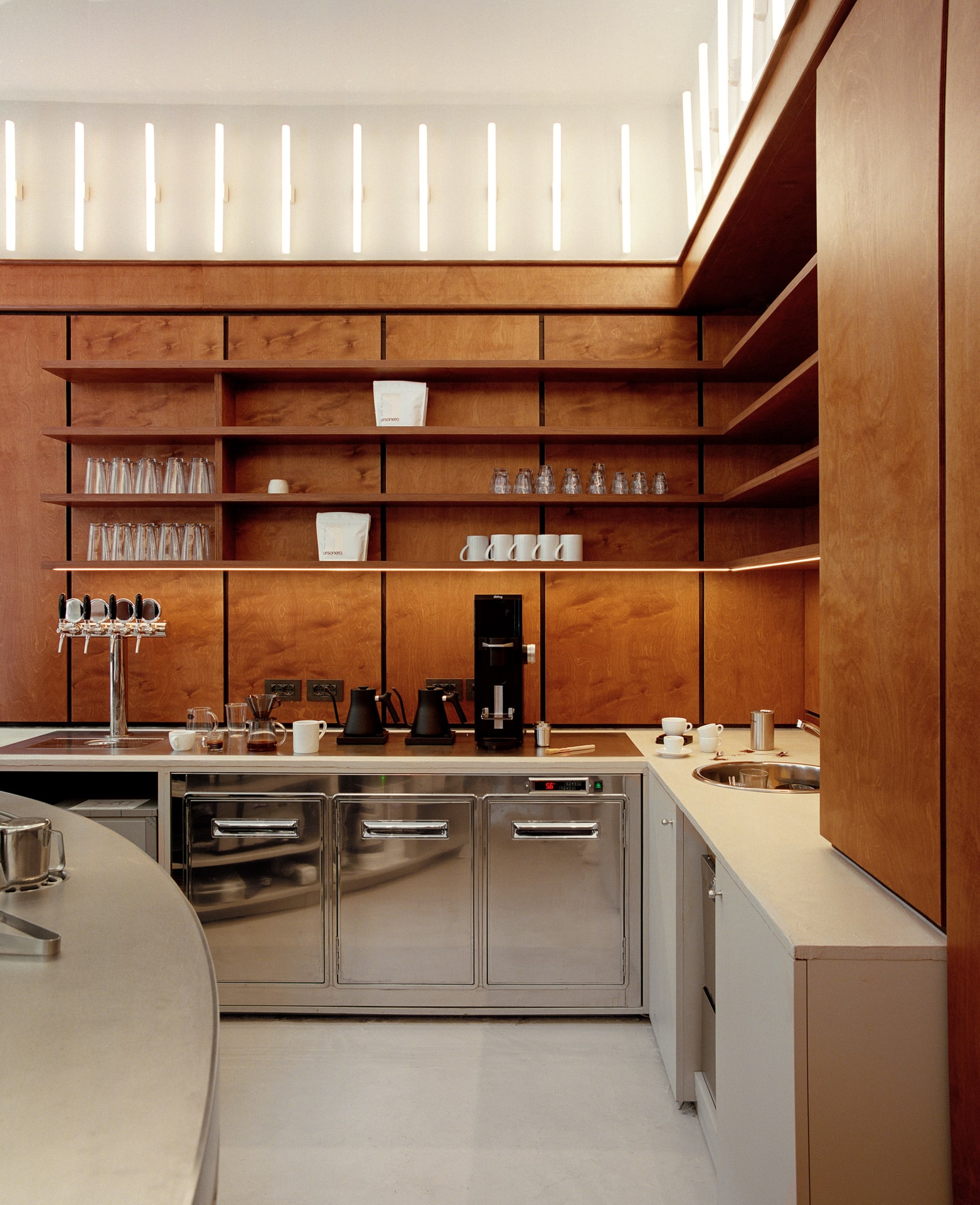 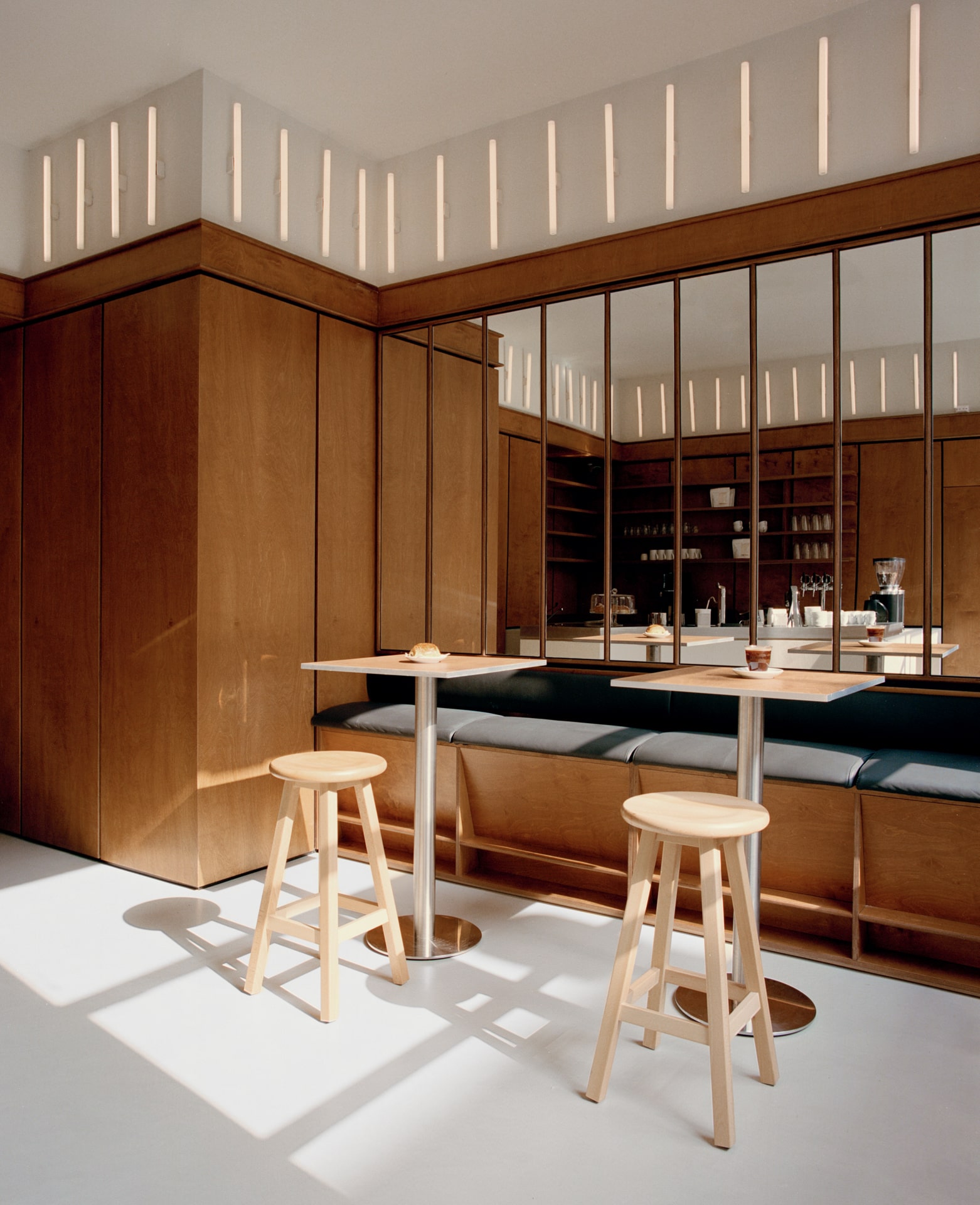 For people who prefer to eat on the premises, in the same space you can also try dishes from the other kitchens. Such as the Arancini, the Swordfish rolls, the Crunchy vegetable caponata by Pino Cuttaia, as well as the Risotto alla Milanese with glazed veal cheek or the Risotto base with oil, branzino tartare, tropical fruit purée by Young Rice, the new brand conceived by META with the purpose of reinterpreting rice from an innovative point of view, embracing a variety of international cuisines and cooking methods, from risotto alla Milanese to the Asian-inspired rice box to the Spanish paella. The food assortment also includes Bagels with toasted seeds, roast beef, tzatziki sauce and Cervia sea salt, Pita with ginger-flavoured veal tonné, Mediterranean octopus with valerian salad, fresh fennel and Sicilian oranges, to name just a few selections from the menu at Rare, conceived by the META team with the aim of experimenting with innovative cooking methods. Sweeter flavours are available at Gusto 17, which offers 16 flavours of ice cream, plus one that changes weekly in response to the requests sent in by customers on social media, or suggested on the premises. An intriguing element of META is the diversification of the foods that makes it possible to put together a customised meal, borrowing from the menus of the five different components of the food collective.

«We like the term collective, understood as a group of people working independently towards a common goal».

Independence is the key to this model that allows established chefs to experiment with a new format that is different from the one they offer in their own restaurant.

« We want to give these chefs the opportunity to maintain their level of quality, based on long preparation times, creativity and innovative techniques, but untethered from a static restaurant model to experiment with something more agile and casual».

The orders, for home delivery, take-away or eating on the premises, are fully digitised thanks to the “Meta Merging Taste” app that may be downloaded on all Apple and Android phone devices, and is accessible via web. Customers can put in aggregated orders by mixing and matching from the different kitchens in the digital marketplace. No problem for anyone who wants to take the meal outdoors, to a park or city square, because the app does not require a street address.

«We give our partners kitchen space, a shared food court with staff managed by META, a dedicated delivery app and everything about communicating the project. META’s compensation is almost all in the form of revenue sharing, creating further cohesion between META’s success and that of its partners», say the two entrepreneurs about their business model.

Renaissance, Baroque and modern skylines: the pleasure of eating on designer plates

Chefs’ recipes and contemporary design in Bressanone, teamwork at the Decantei inn