Let’s change the way we shop: an immediate and engaging message that runs along the storied façades of the Selfridges department store in London’s West End, illuminated by the intense yellow shade of the letters. Not a random colour, but the symbol that identifies the packaging and bags of the renowned British chain, founded in 1908 and since then an energetic advocate for reinventing the shopping experience.

These are years of great change for the shopping world along high street: spaces that were once almost exclusively dedicated to retail, which following the pandemic and the growing interest in online shopping, seem to be abandoning their identity. Urban spaces in which a growing number of businesses have shut down, and which are now preparing for new challenges by choosing alternative uses to fill the gaps created by the lost functions.

In the overview of our times, even the iconic Oxford Street is the object of design projects that seek to include new uses for leisure, tertiary and residential areas along its perimeter and inside the ample department stores, currently abandoned or only partially occupied. Unusual types of stores now line this great street in the centre of the capital, where the many boutiques of the past have been replaced with transient pop-up stores that sell sweets or souvenirs, following the American model.

But how can our shopping habits change? A positive invitation emerges from the extensive strategy proposed by Selfridges. An initiative in which sustainable shopping, based on the principles of the circular economy, becomes a means to move towards a zero-emission future within the year 2040. A mindful process, rooted in the premises of Project Earth, the title of the ambitious strategy launched by the brand in August 2020 to reinvent the retail world. 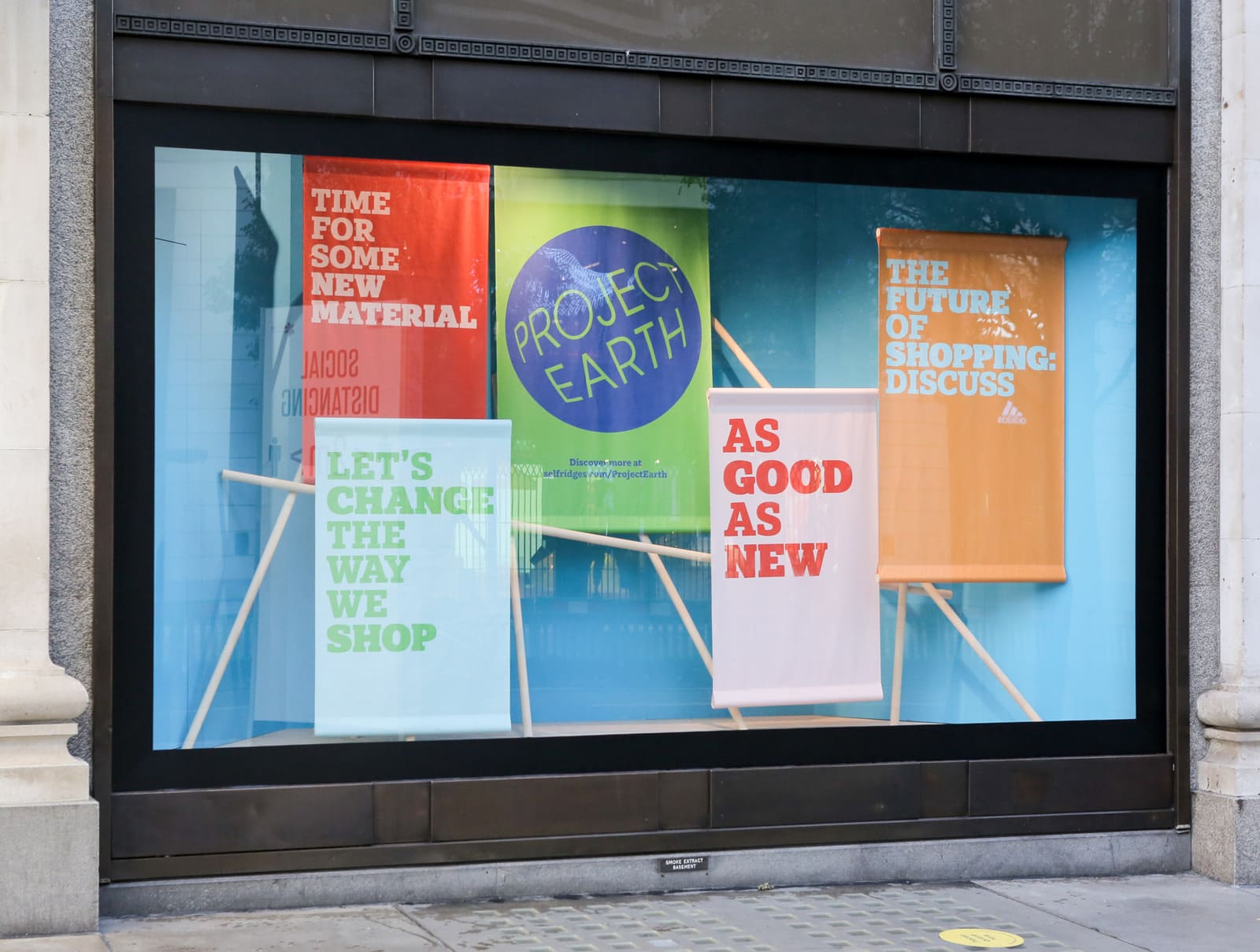 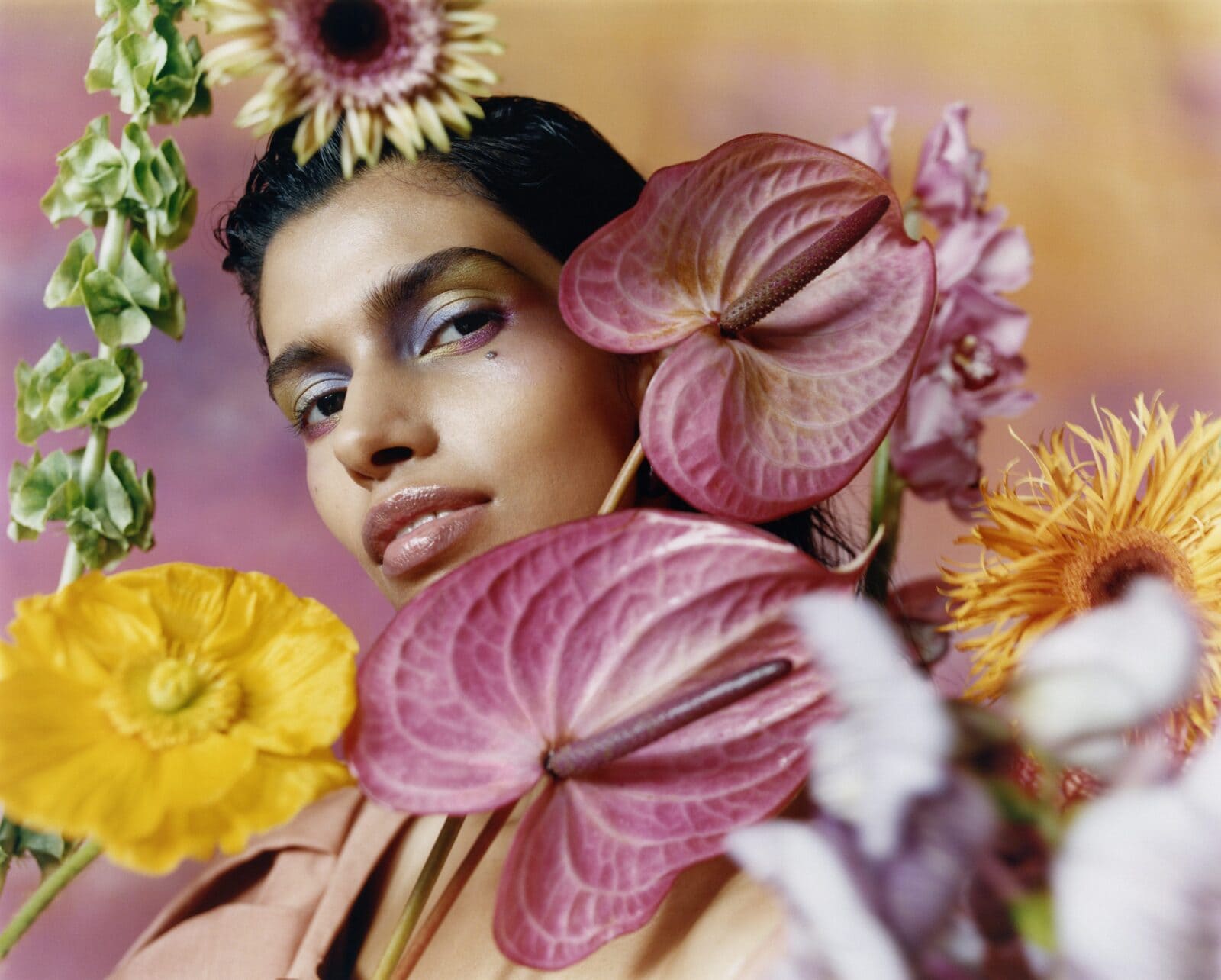 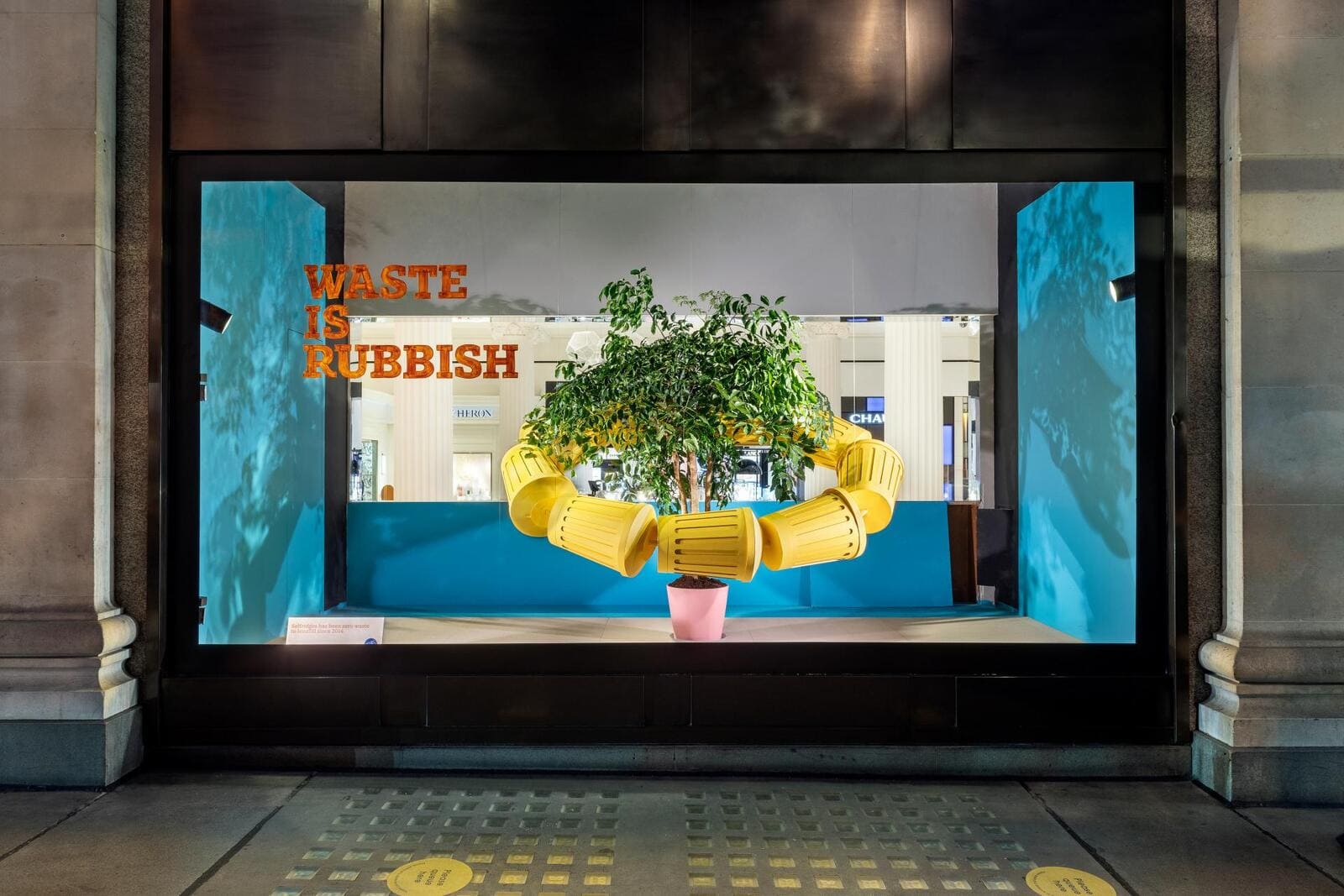 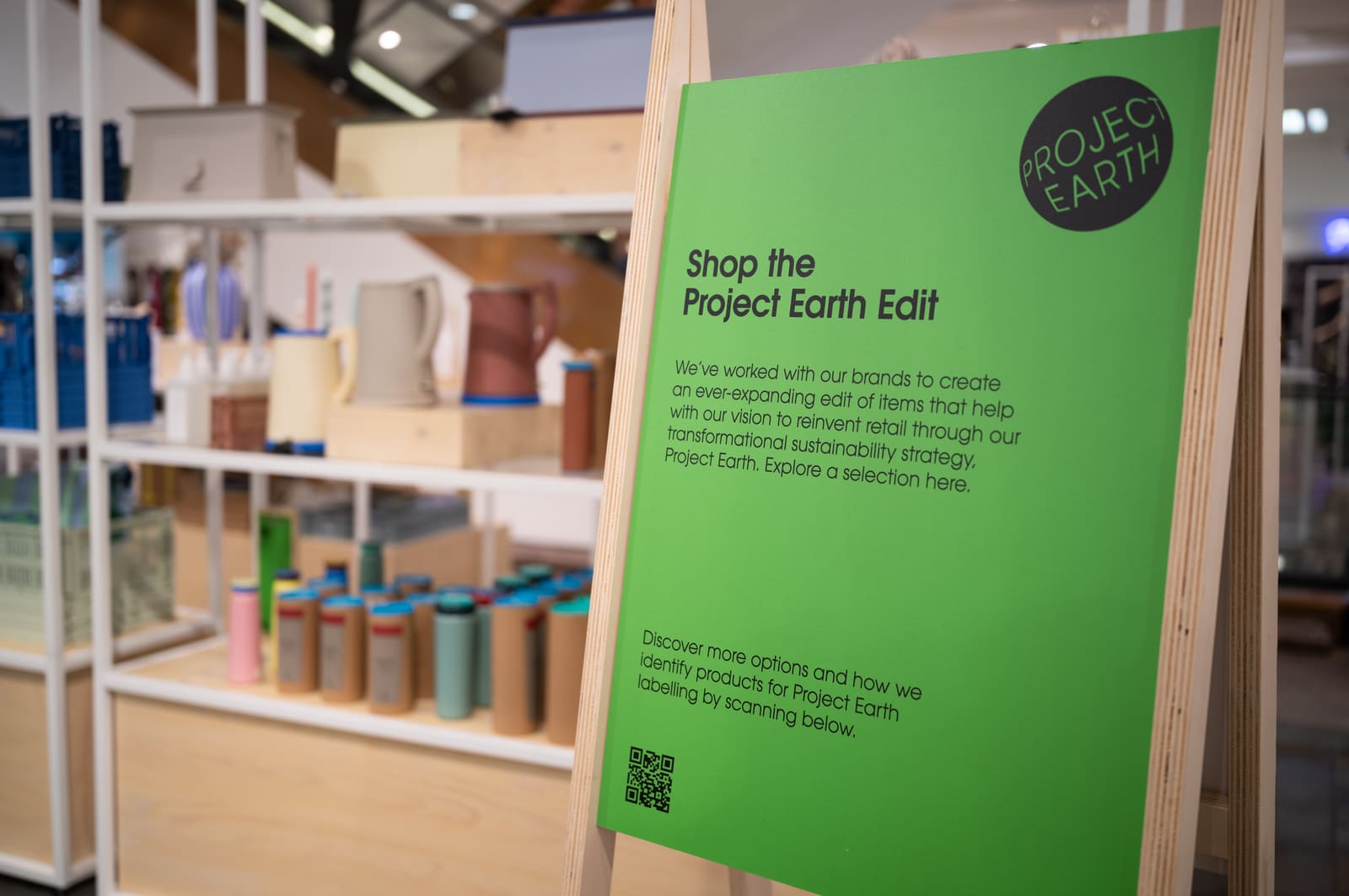 Two years later, we have the first reports on the success relative to the principles of Project Earth to which the plan’s new targets are tethered. Materials, models and mentality are the key points of the system’s structure, which by the year 2030 expects to sell only products that respect rigorous ethical and environmental standards.

These requisites will also be used to select the objects purchased or sold in the stores of the chain, and will also be used to select future building materials and furnishings, One of the examples is the Pizza Pilgrims restaurant, in the London store, where the choice of components for the interiors as well as those for the ingredients in the food were taken as an opportunity to innovate following the principles of sustainability. The table surfaces are made of recycled plastic while the upholstering of the seating is made of Pinatex, a vegan alternative to leather, which is manufactured reusing pineapple.

Again looking towards the horizon of the year 2030, the commitment that 45% of the transactions involve circular services and products. Exchanges that go beyond the usual purchases to include the reuse, recycling, leasing, refurbishing and “re-filling”, to use another Anglo-Saxon term, of existing objects. Re-selfridges is the term that is a prologue to the shopping of the future built on the circular economy: a world with alternative shopping models, focused on extending the life of objects and their packaging, reduce waste and promote better habits for the sector. 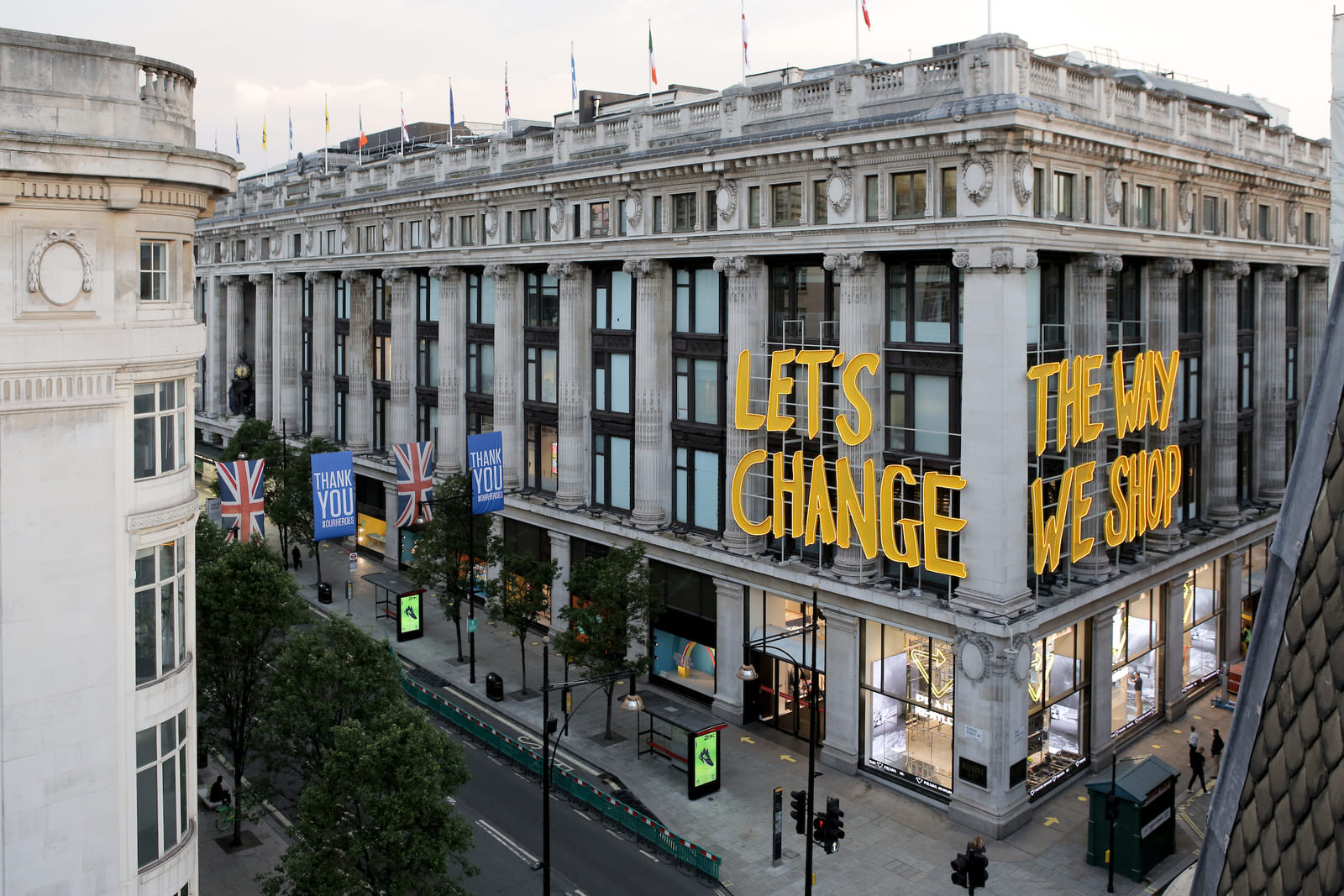 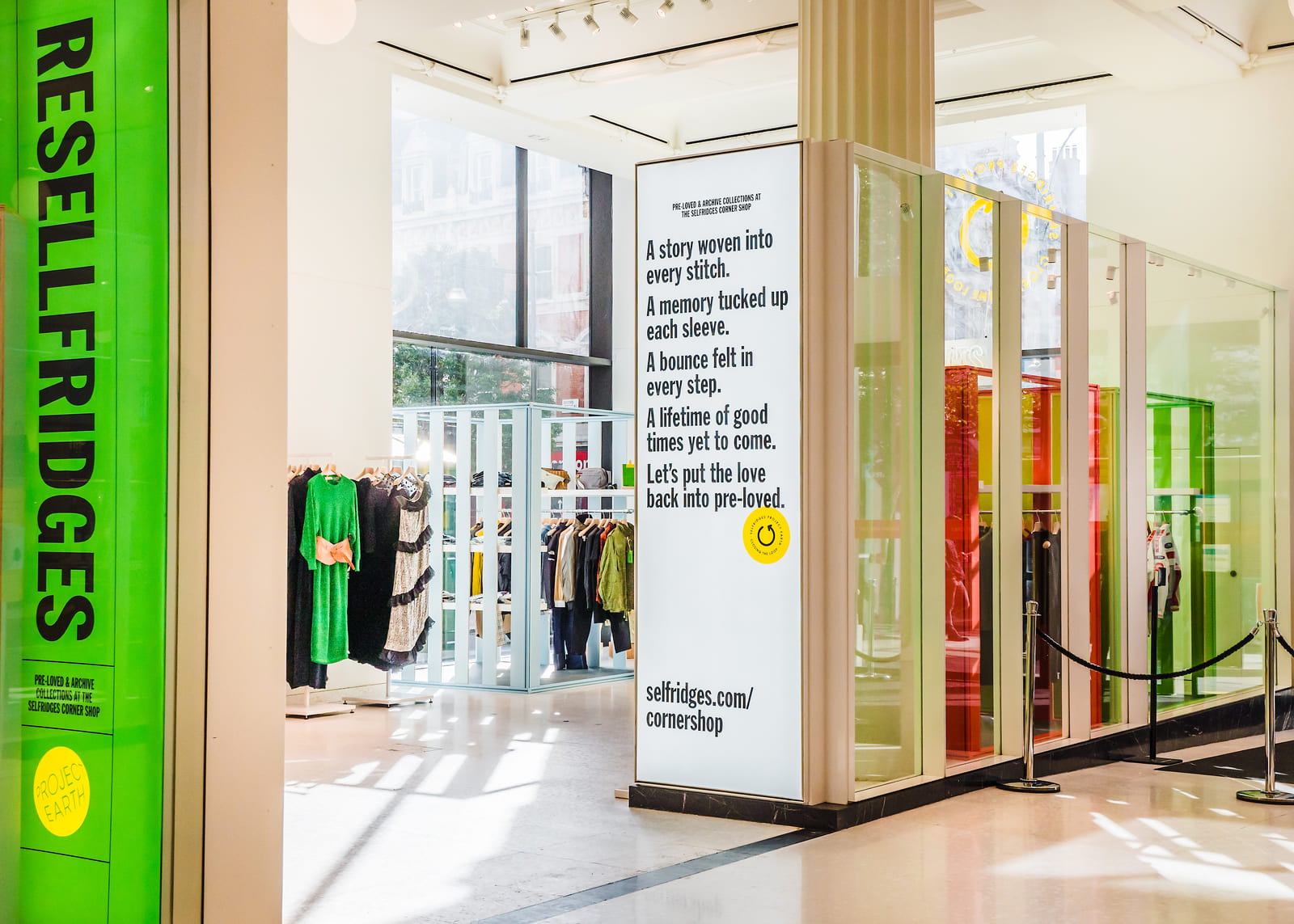 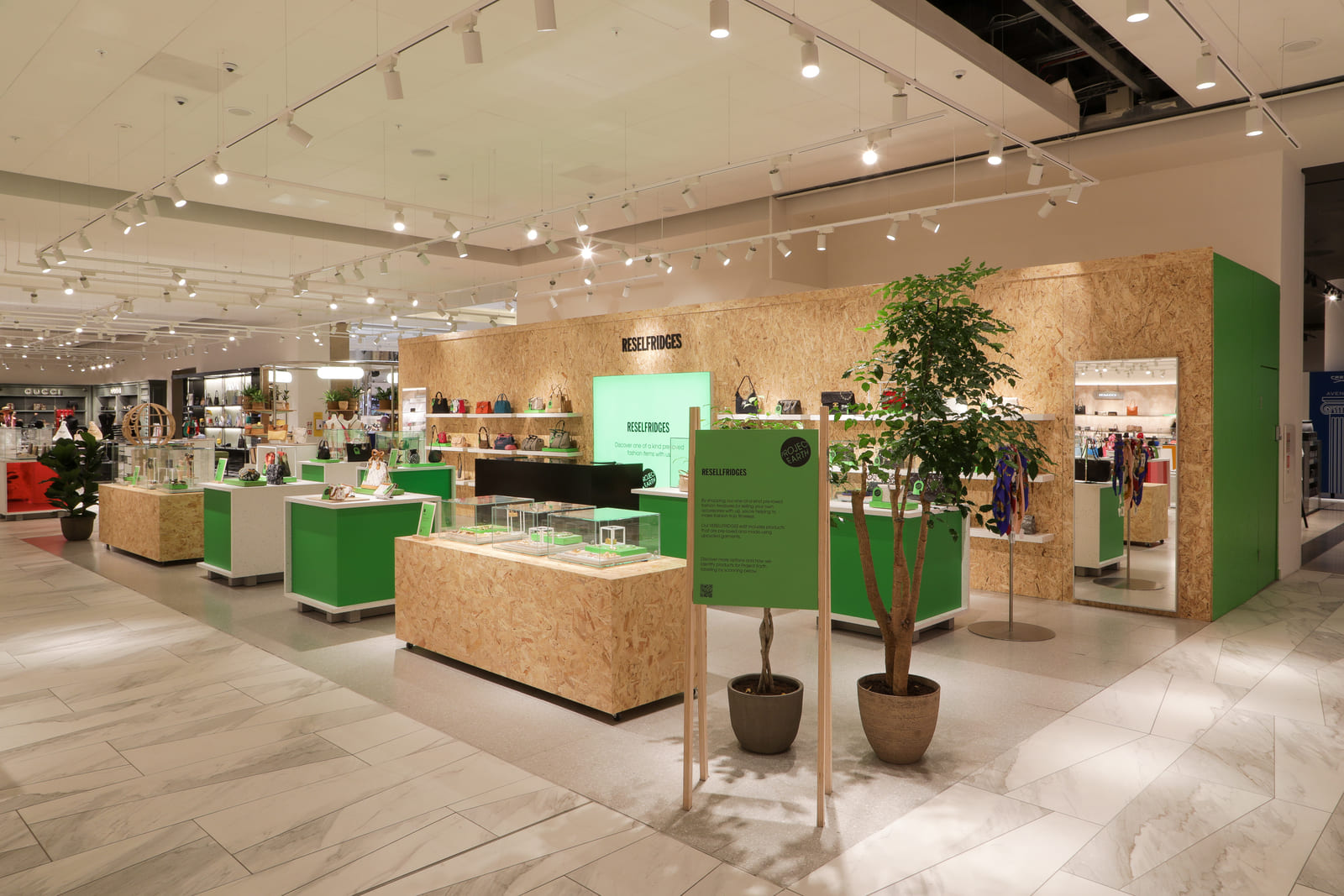 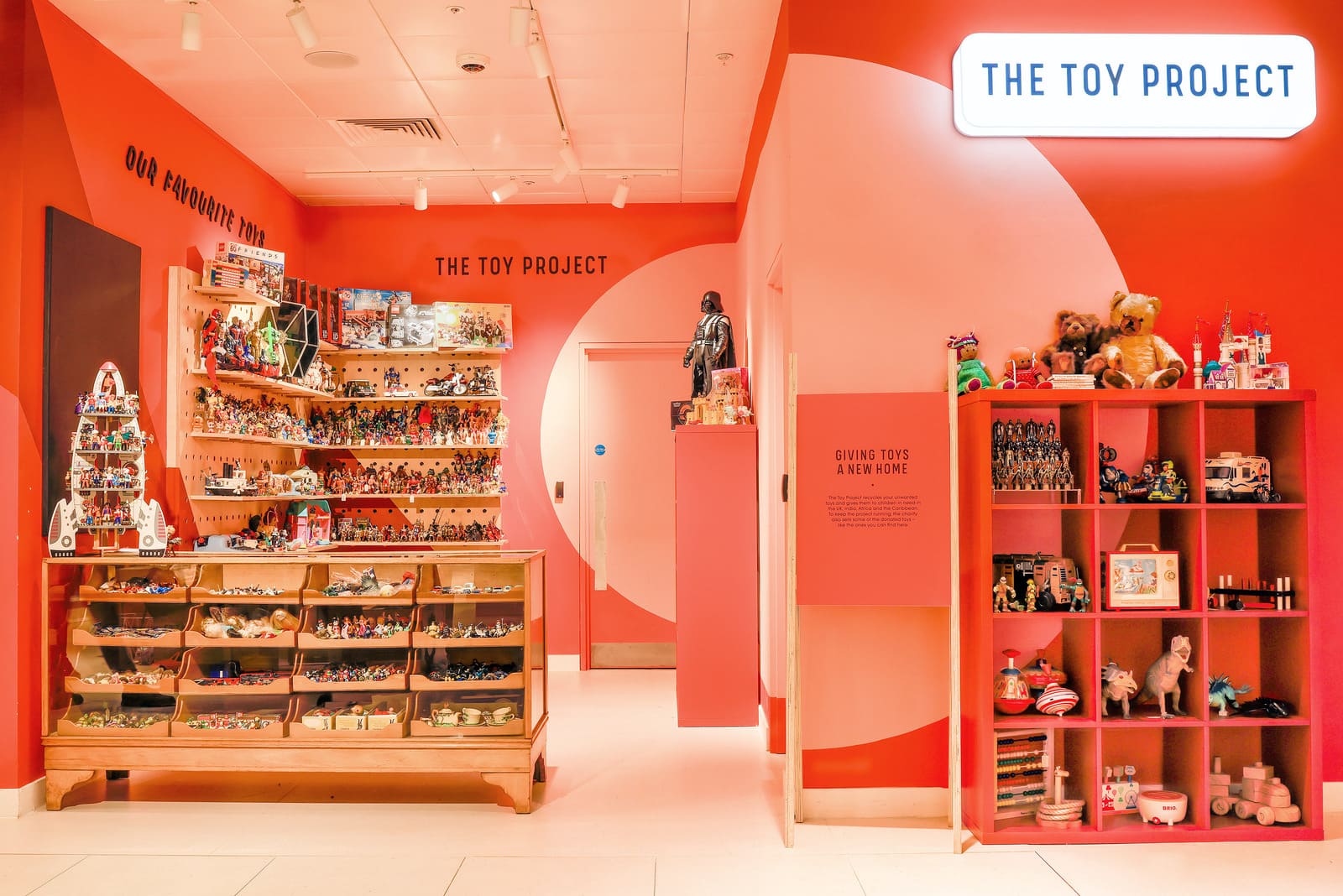 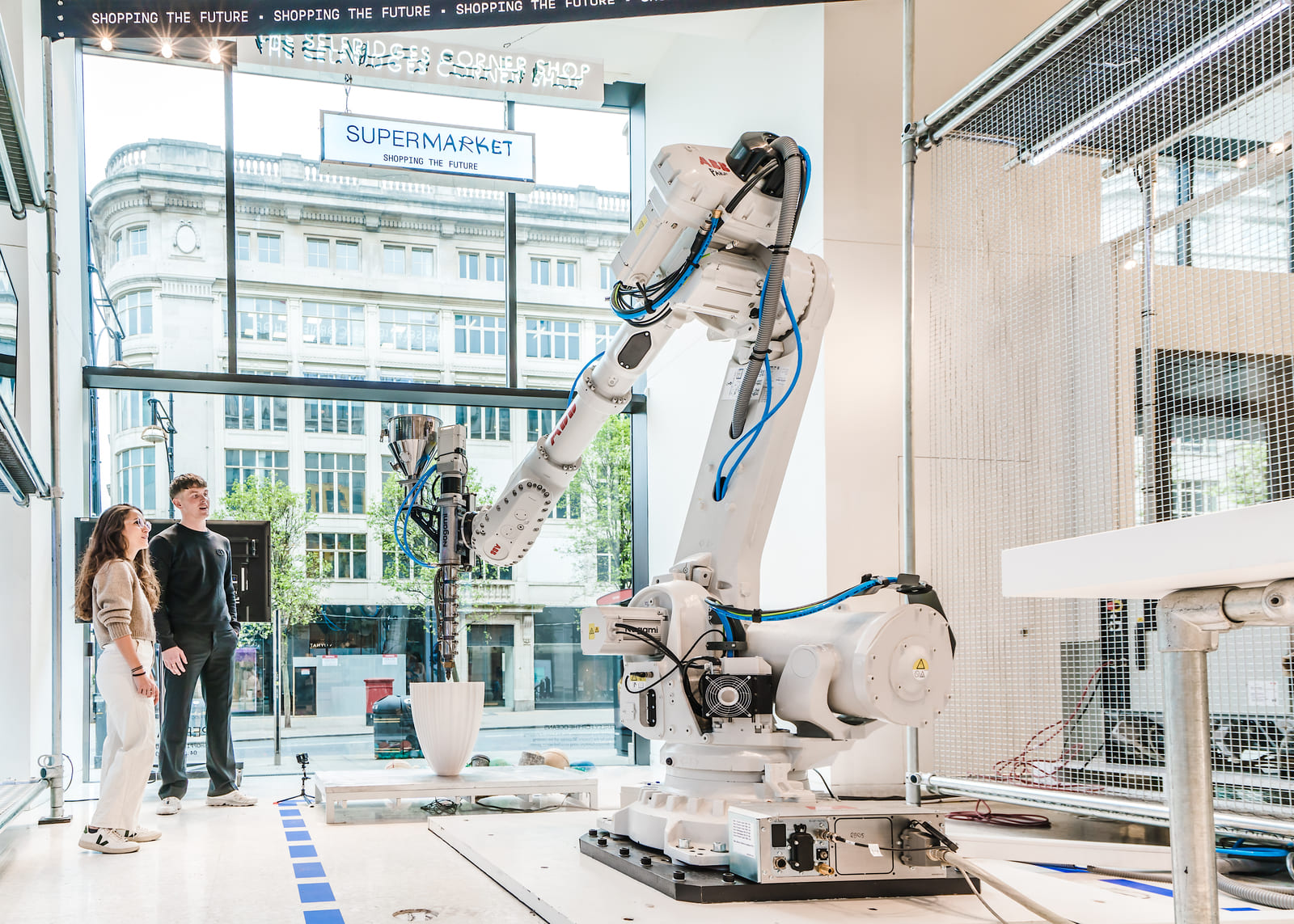 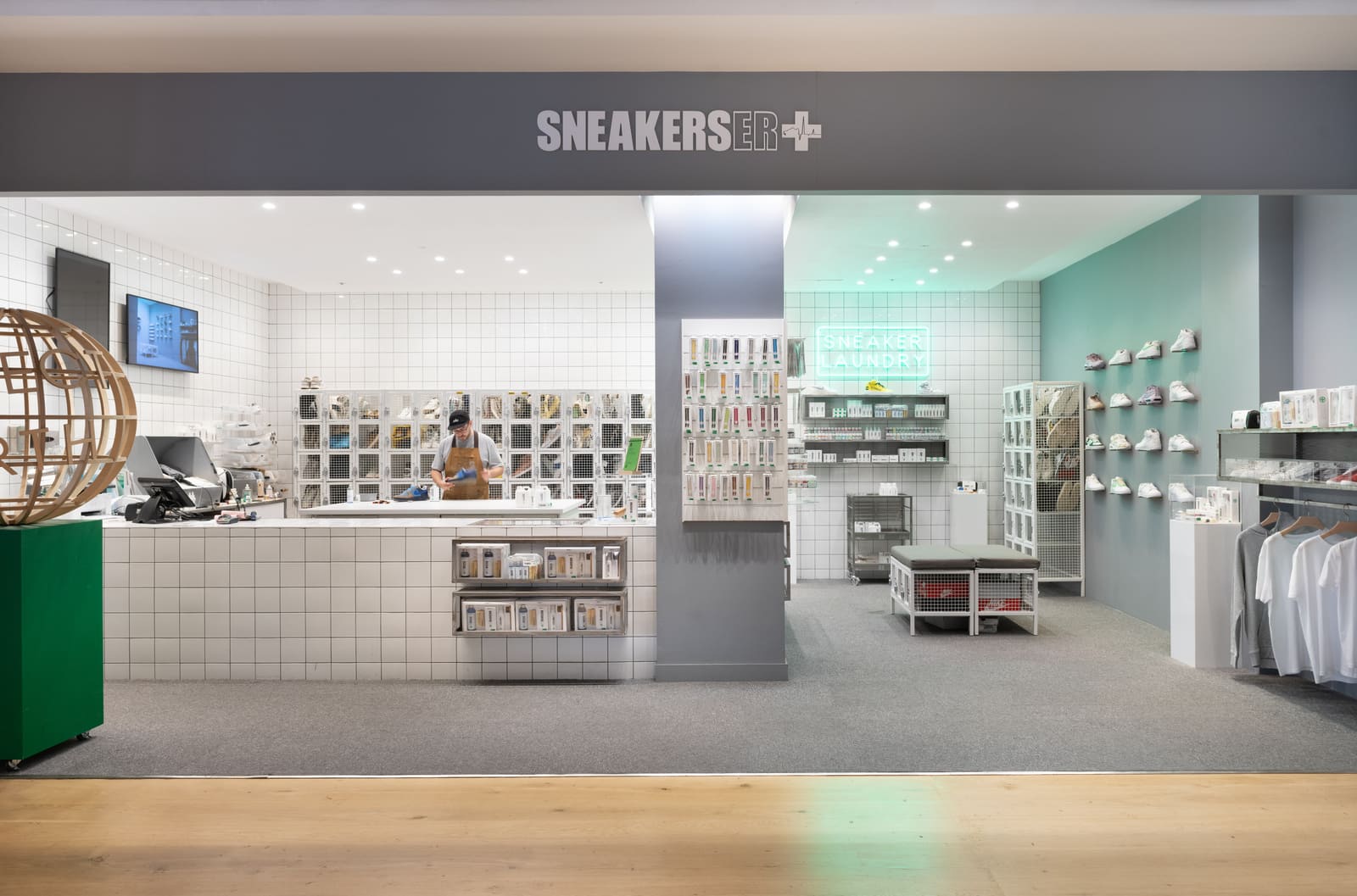 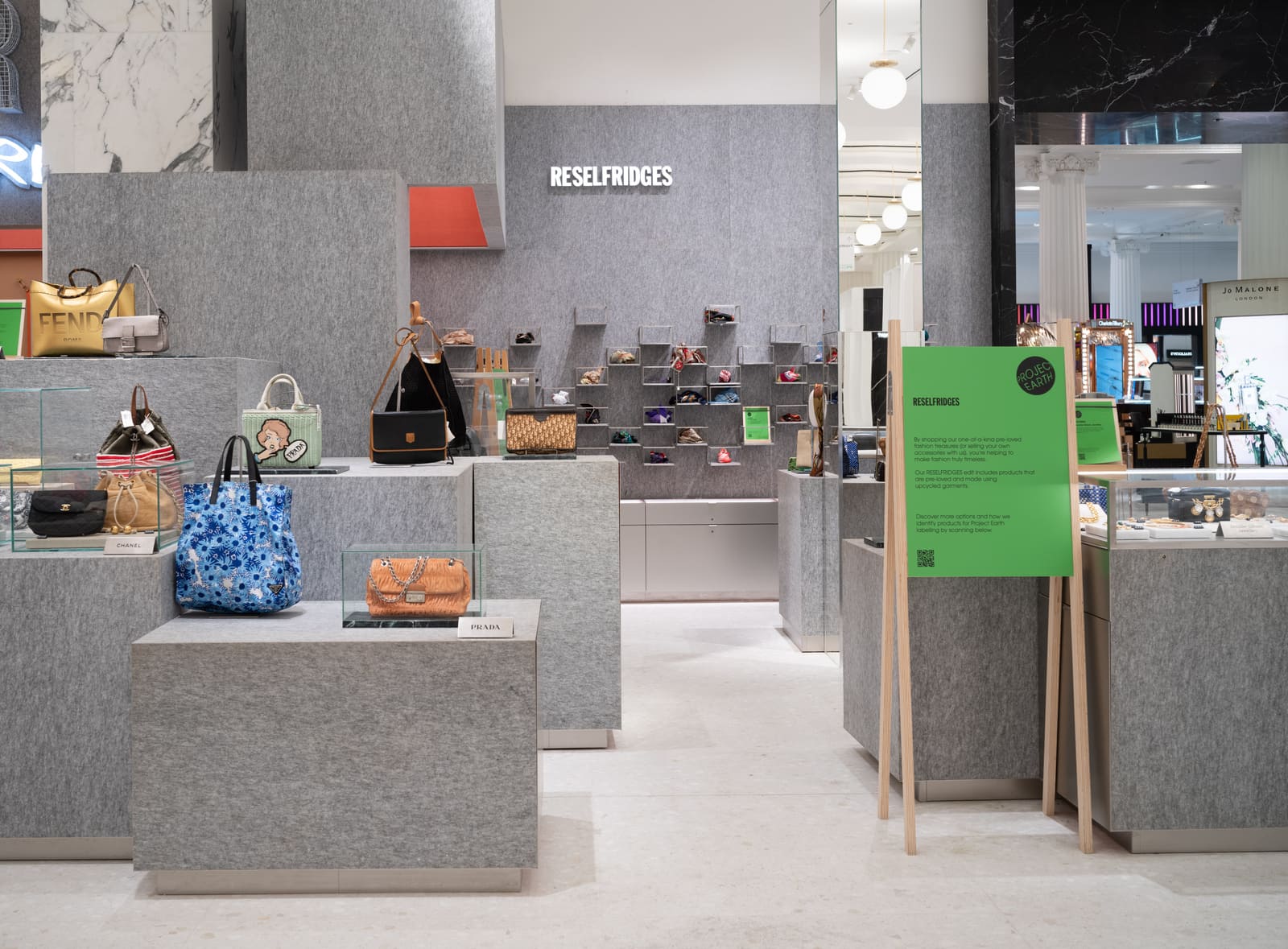 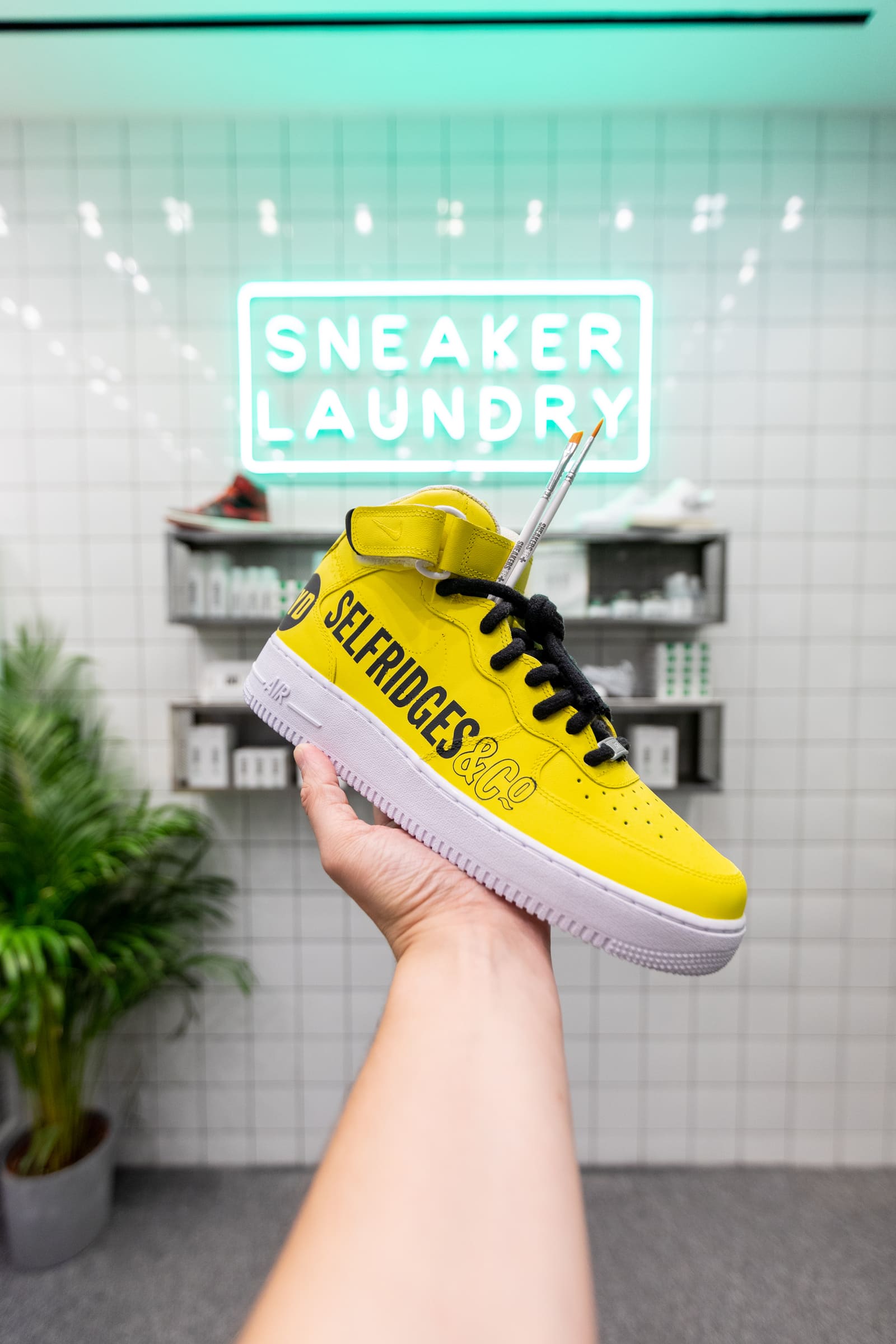 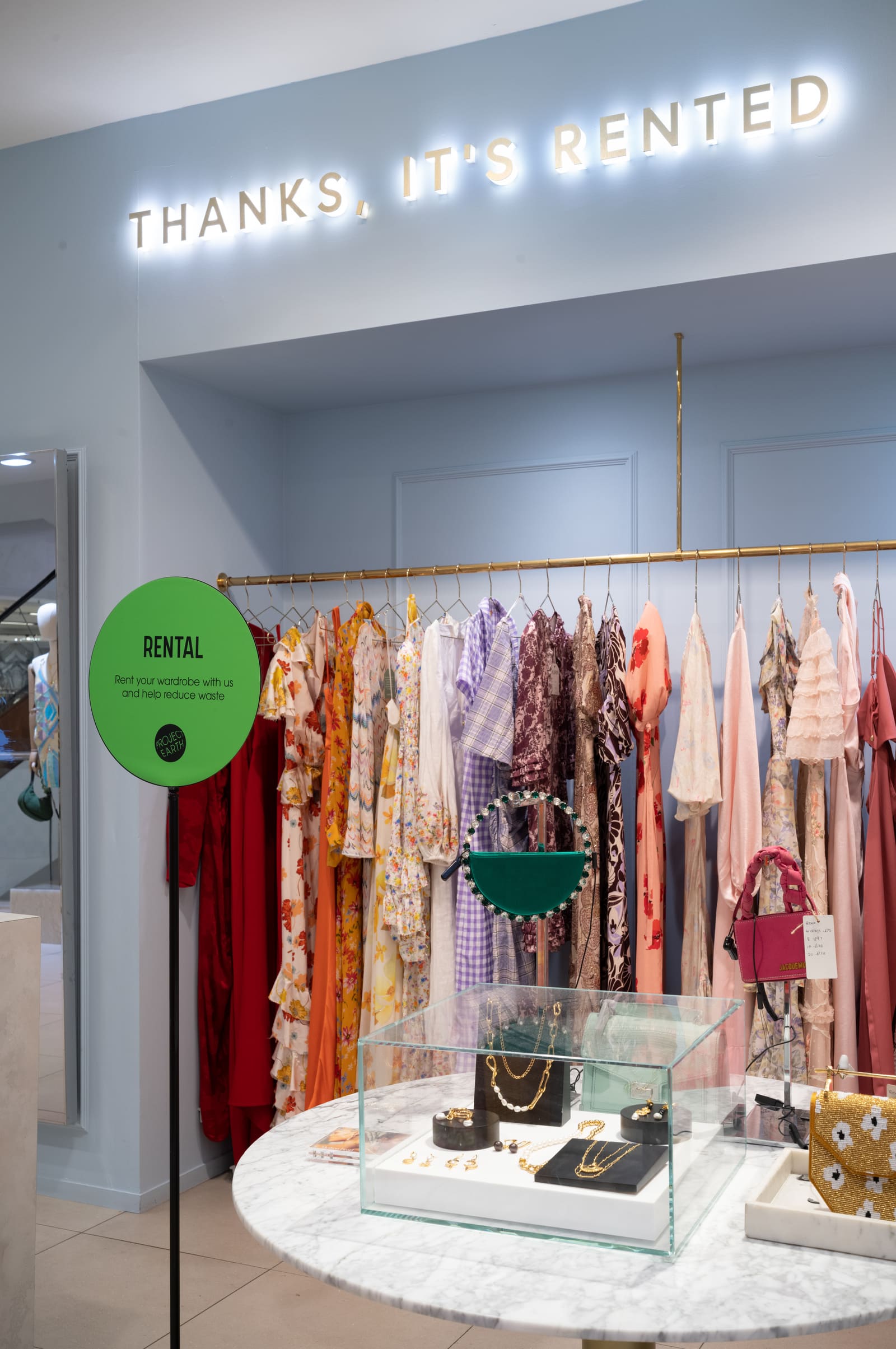 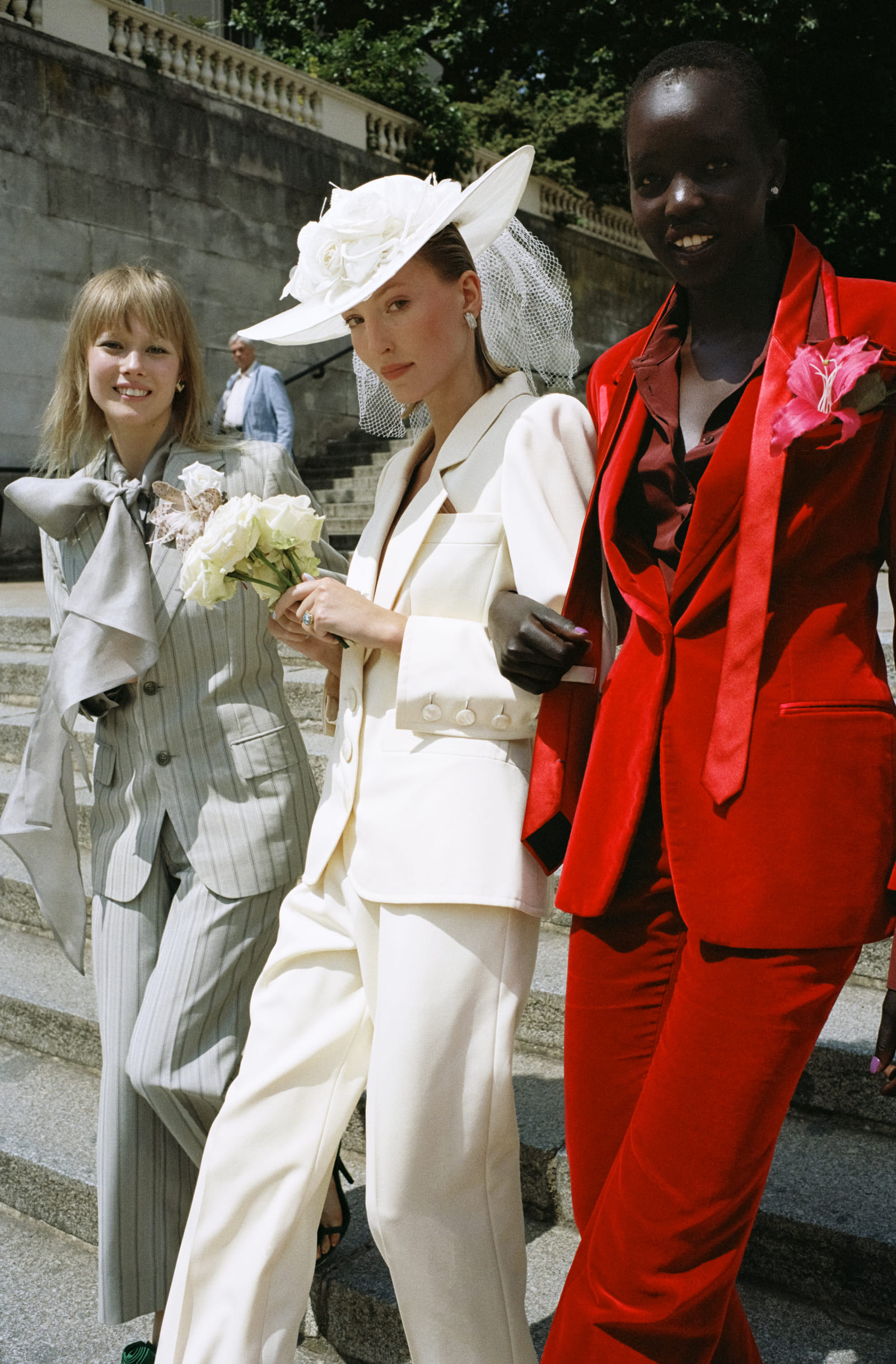 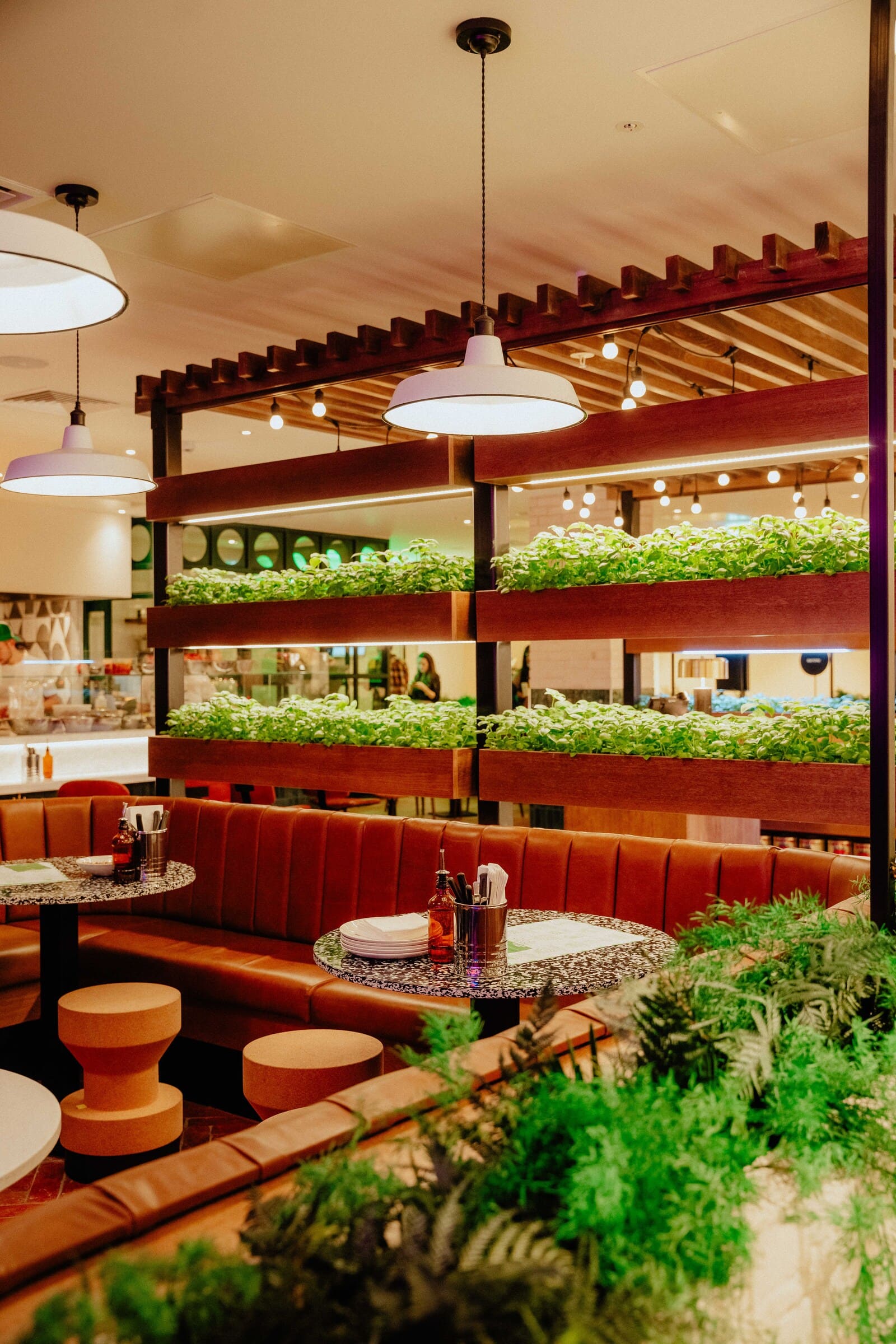 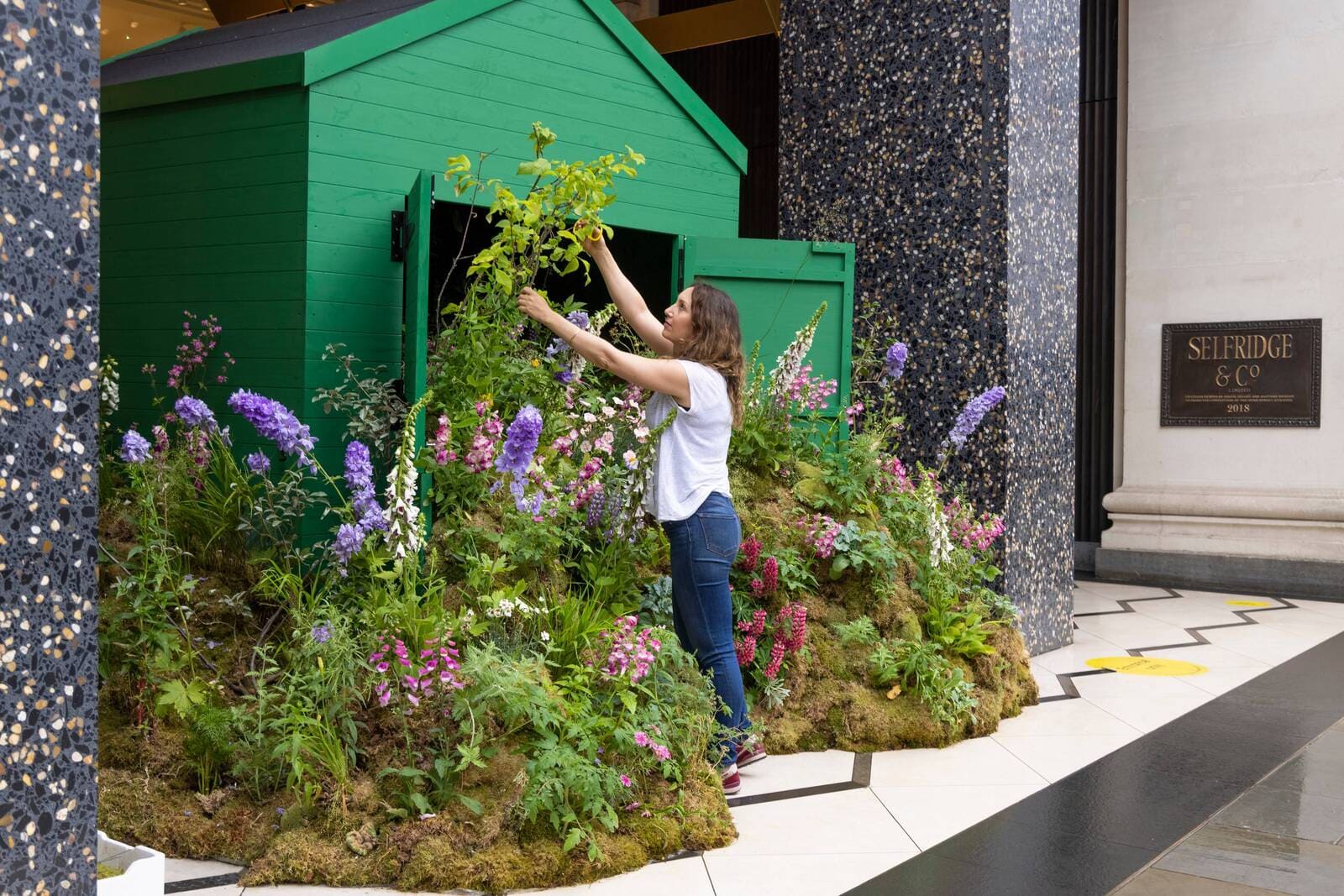 An ecosystem open to experimenting with new models to reach established goals, sustained by the data from the past two years that counted 8000 refills, facilitated 28,000 repairs, rented more than 2000 objects and registered a 240% increase in the sale of used clothing.

With online platforms and four shopping centres in Manchester, Birmingham and London, Selfridges is considered a luxury brand from across the English Channel. The flagship store on Oxford Street in London was founded in 1909, and is known as the second largest store in the United Kingdom after Harrods. Two years ago, the creation of the resale platform Re-selfridges, followed in 2021 by the Selfridges website for rentals. “Rent”, a growing business, characterized by the demand for garments for special occasions such as weddings or special sports such as skiing, which in the near future will develop lines dedicated to children or subscriptions to rent accessories. Whereas “Resale” is a model for the exchange of “previously loved” objects, on the market with about thirty brands, and developing rapidly since the first days of its creation.

«Our vision is to reinvent retail and create a more sustainable future, and Project Earth and our new targets underpin this. We recognise that we need to challenge ourselves to accelerate change and our ambitious circular and materials targets do just that. We don’t have all the answers, but we are committed to finding solutions, through a continued imaginative approach to retail innovation. The scale of our ambitions cannot be underestimated but we are inspired by what lies ahead and how we bring this to life for our customers.» 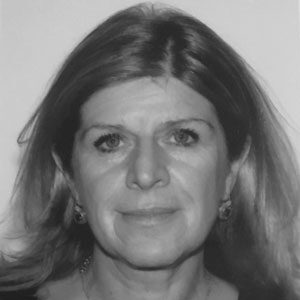