Inclusion and regeneration, Albergo Etico, the ethical hotel, opens on the Cesenatico seaside

Social infrastructure, attention to fragility and creativity. The initiative is promoted by the Fondazione illimity

A hotel, but also a place of inclusivity open to the territory: “Albergo Etico” is the name of the new hospitality structure that will open officially for the new 2023 summer season in Cesenatico. In Viale Cavour 20, just steps away from the Ponente beach, the renovation has been in progress for months with the purpose of bringing life back into this building, which will be distinguished by the way it will bring people with disabilities back into the job market with dedicated programmes, with the stated goal of increasing their personal autonomy. The project will also include a multipurpose space open to the entire city, for activities that foster inclusion, cohesion and shared well-being.

The new project was inaugurated by Corrado Passera, founder and CEO of illimity, and Alex Toselli, president of the Cooperativa Download – Albergo Etico. With them, bearing witness to the bond that was already established with the city, Jacopo Agostino, the councillor of the City of Cesenatico, and Massimo Dellavalle, the administrator of the school Istituto superiore Leonardo Da Vinci in Cesenatico. 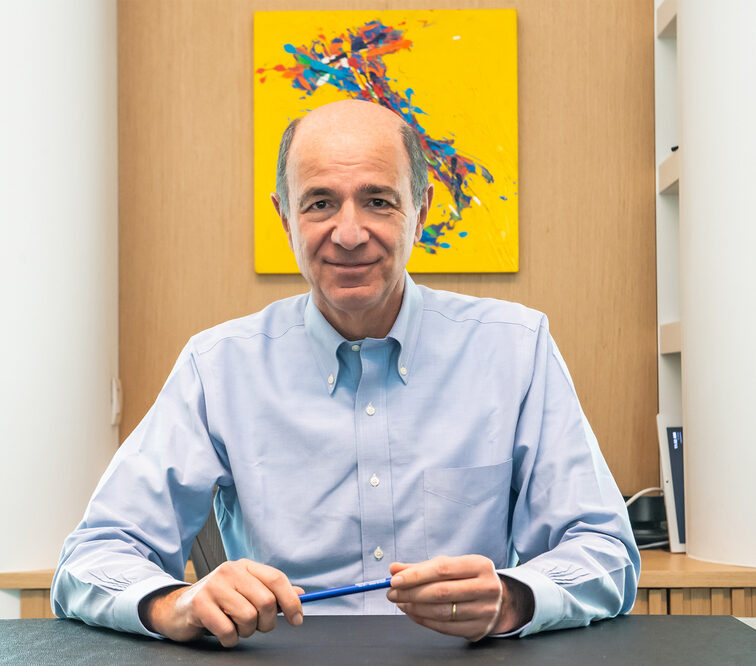 «Fondazione illimity was founded to regenerate real estate assets to be used for projects based on social utility and sustainability. By developing a partnership ecosystem – commented Corrado Passera – we wish to create a virtuous circle of projects and initiatives that have social impact. That was the idea behind this hotel in Cesenatico. Thanks to the renovation of the building and the collaboration with Albergo Etico, the hotel will now bring new value to the city of Cesenatico. To generate value does not mean simply to make a profit, but to be useful, a mission confirmed by the Fondazione illimity that will be in a position to recognize the potential of real estate assets that can be transformed into new spaces for the benefit of society».

Councillor Jacopo Agostini also addressed the same theme. «Hotels have always been part of the social fabric of Cesenatico because they represent one of the most important calling cards for the tourist hospitality business: they are how we introduce ourselves and welcome the visitors who choose us. This project has the merit of enhancing reception by taking it to the next level. We are talking about inclusion, solidarity, introduction into a social context for people who would otherwise have problems in the job market.» Alex Toselli, president of the Cooperativa Download – Albergo Etico, commented: «Albergo Etico Cesenatico is a project that will walk on its own legs, creating the conditions for full financial sustainability. In addition to offering training, job placement and professional growth for people with disabilities, the hotel will promote the right for the more fragile to travel, along with their integration and social inclusion, even in the relationship with suppliers, in addition to a lower environmental impact».

Under the lens of the trainers and in the words of Massimo Dellavalle, the administrator for the Istituto superior Leonardo Da Vinci in Cesenatico, «the peculiarity of the project, the aim of which was to build real processes of inclusion and reception, must necessarily interest the educational goals of schools, leading not only to a reflection about best practices in social entrepreneurship, but also to bring the personality and creativity of young people into the picture».

Albergo Etico is a social enterprise that is a pioneer in processes of independence, professional autonomy and life for people with Down’s syndrome and disabilities.

The project was founded in 2006 thanks to the clever intuition of friends and professionals in the restaurant business, with the subsequent support of journalists, marketing directors and bankers, who wish to give their contribution to improving the society they live in. The model chosen for the training and the process leading towards autonomy was a participated process between the professionals, the young people who will receive the training, and their families. The Association intends to enhance people’s potential and talent, creating the premises that will allow them to begin a process of personal growth, and promote the integration of persons with disabilities, in a journey towards self-determination that will lead to a life of autonomy. 65% of the young men and women with disabilities from the Albergo Etico have been employed. Albergo Etico today is an important player in the development of actions to promote the tourism and agri-food sectors which are strongly founded on the principles of sustainability and inclusion. Its network is constantly expanding in Italy and abroad, thanks to its involvement in projects for integrated promotion aimed at enhancing the values and opportunities inherent in this innovative business model. In addition to the hotel in Asti, where the project was initiated, there are other currently active hotels in Fènis, in Valle d’Aosta, Rome, Argentina, Albania, Australia and the Blue Mountains. The next hotels to open, in addition to Cesenatico, will be Sondrio and Pistoia in Italy, Norway, the United States and the rest of the world.

Porsche Experience Center Franciacorta, the value of driving on the circuit