At Trezzo sull’Adda, 5 avatars explain everything about energy.
Sustainability and innovation to enhance the heritage. Interaction design by DotDotDot, storytelling by Storyfactory

Tourist development, art, culture and enhancement of the environment. A perfect mix at Trezzo sull’Adda, one hour from Milan, where on June 29ththe gates of the first interactive power plant will open to the public. Enel Green Powerstages an exhibition designed by DotDotDotwith Storyfactory, to talk about energy by creating five avatars to explore major themes in the area of energy production and sustainability, for an original journey consisting in a series of games and interactive experiences, custom-tailored to each different type of visitor. The enhancement of the Centrale Taccani power plant kicks off a communication and educational project focused on engaging a wider public, especially the younger segment, developing a multimedia presentation to discover the five sources of clean renewable energy: hydro-electric, geothermal, thermal, wind, sea and sun. “We have tried to bring transparency to power-generating plants, explaining their technical aspects and environmental and economic impact, in an attempt – says Michele Bologna, director of communication for Enel Green Power – to speak about the complexity of energy in accessible terms”. 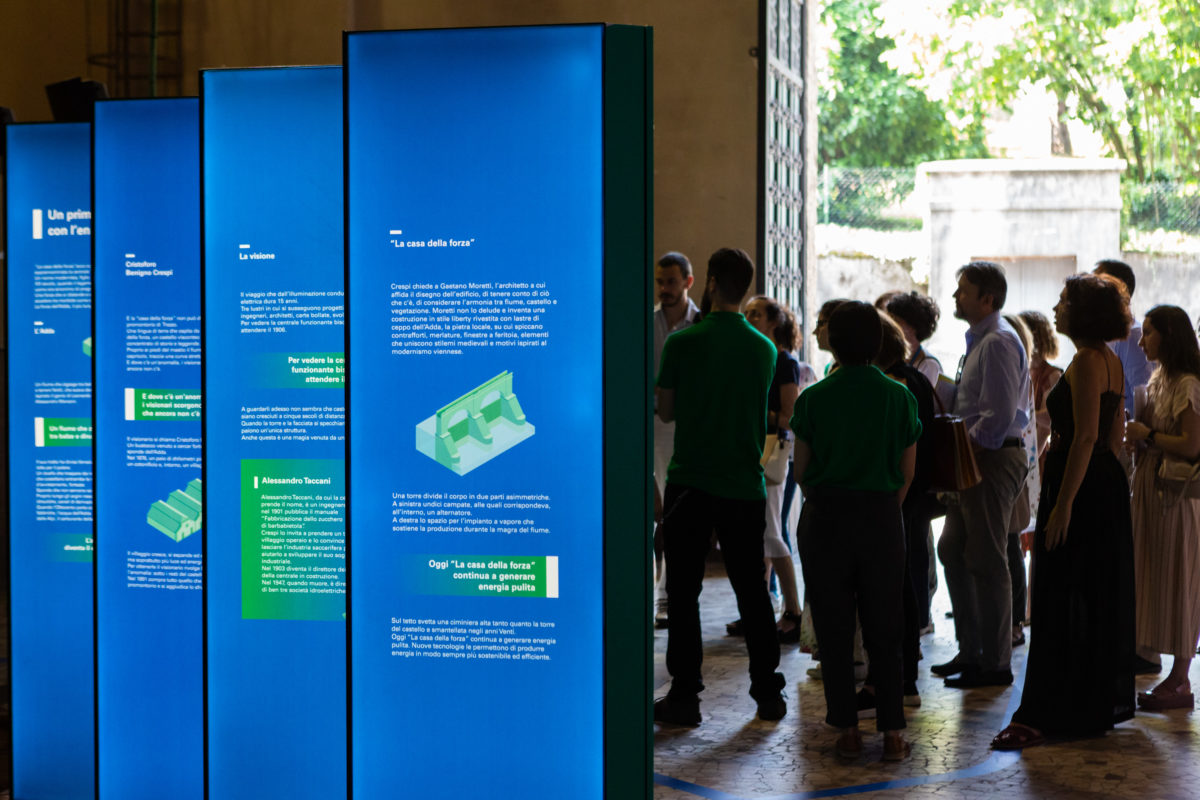 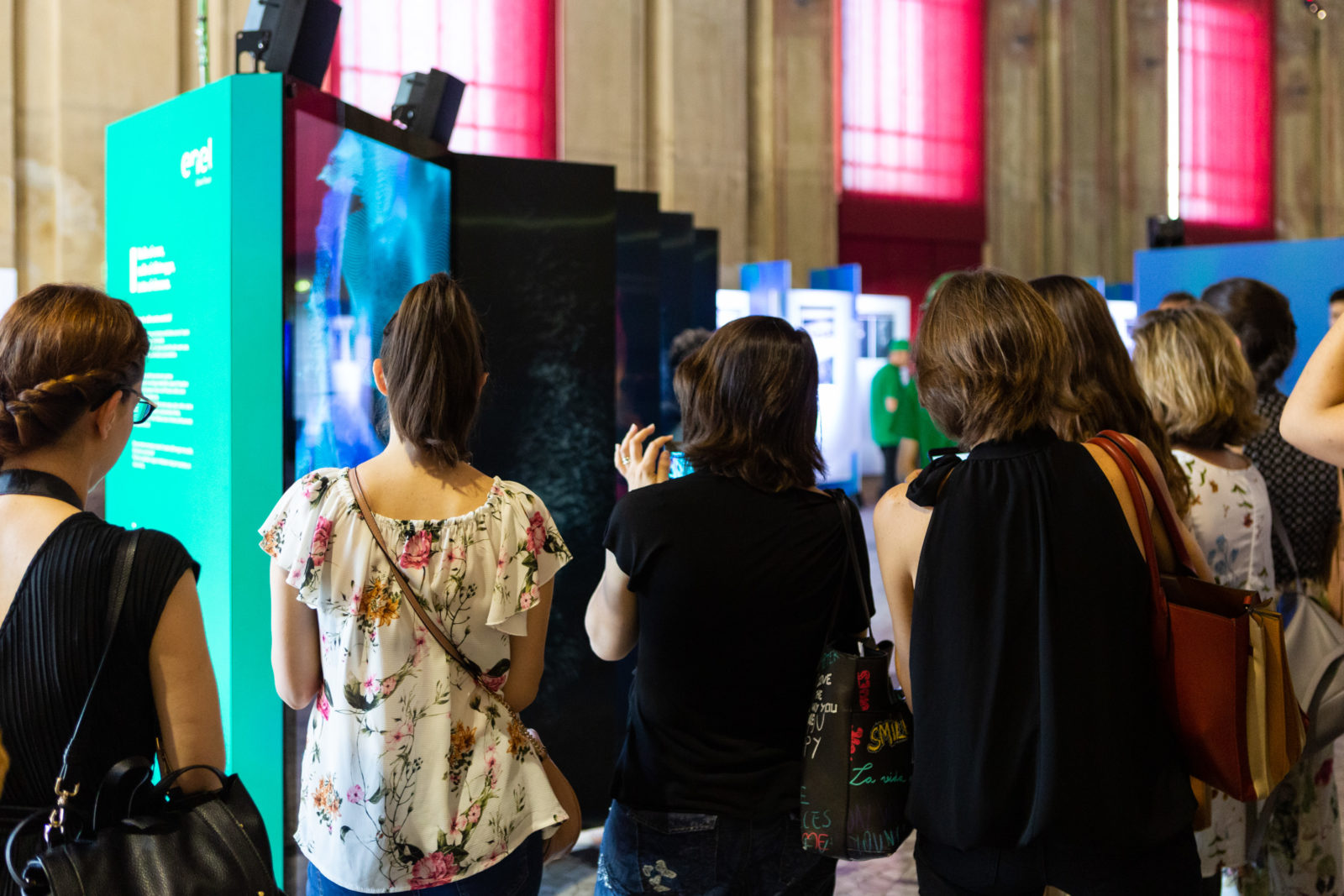 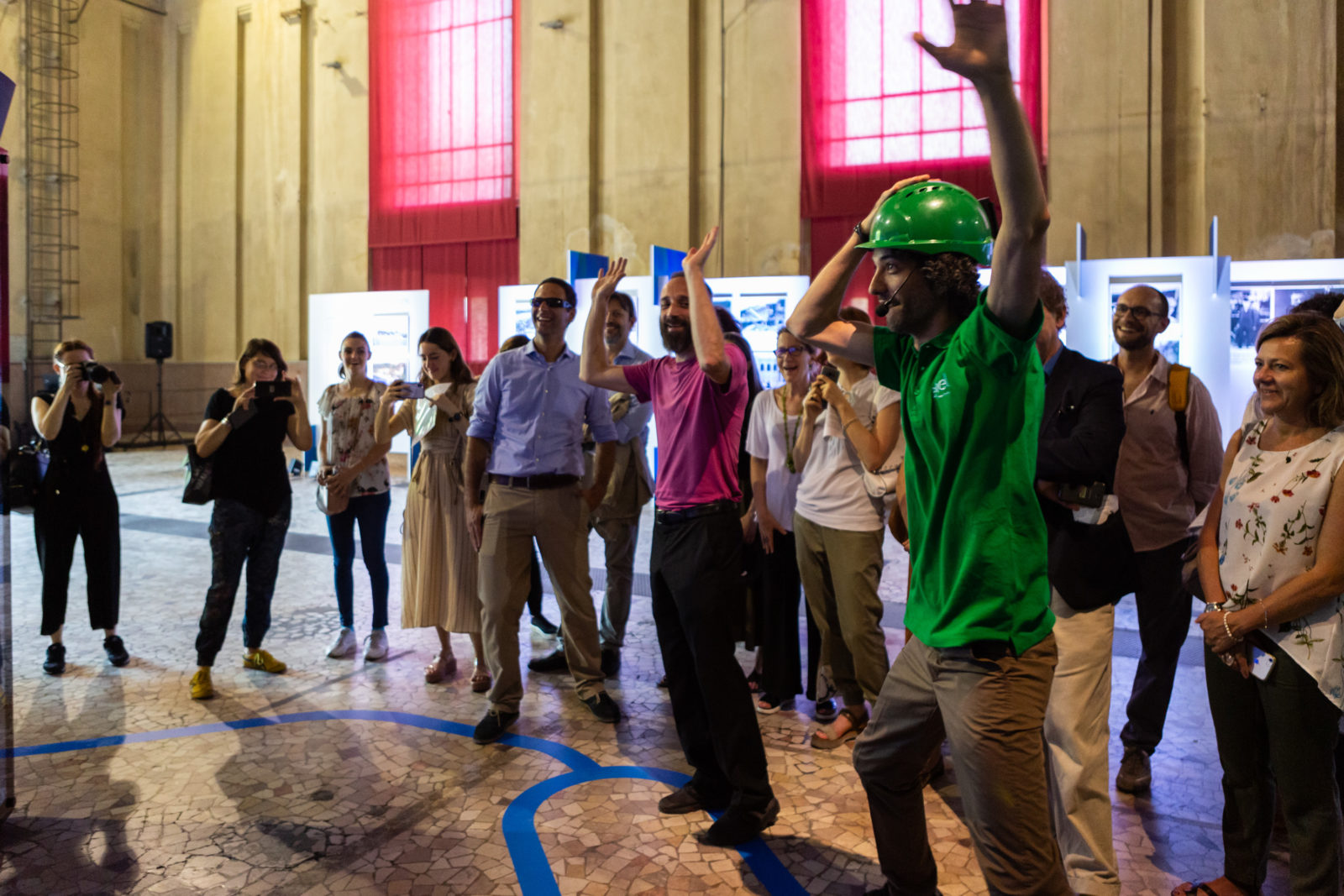 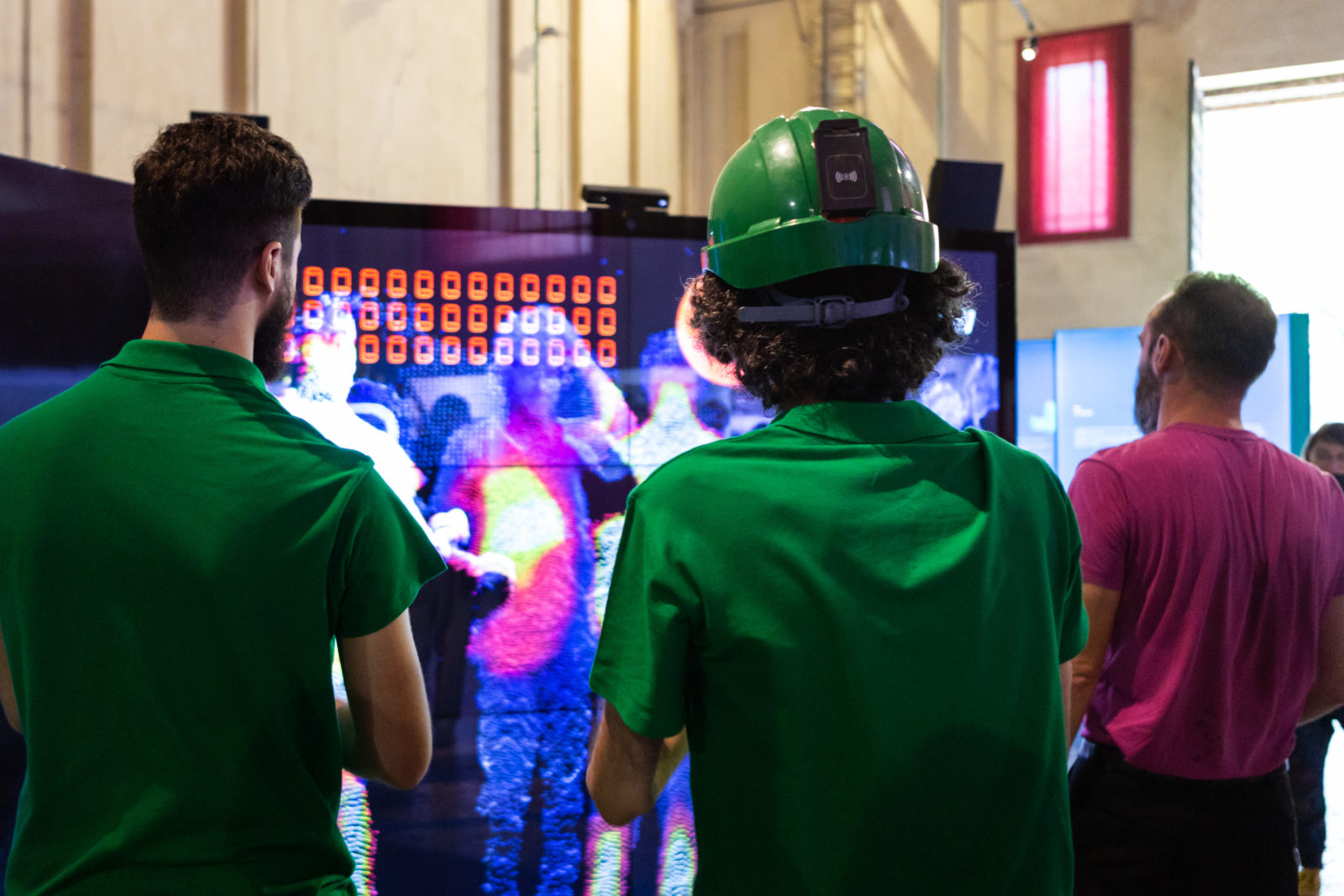 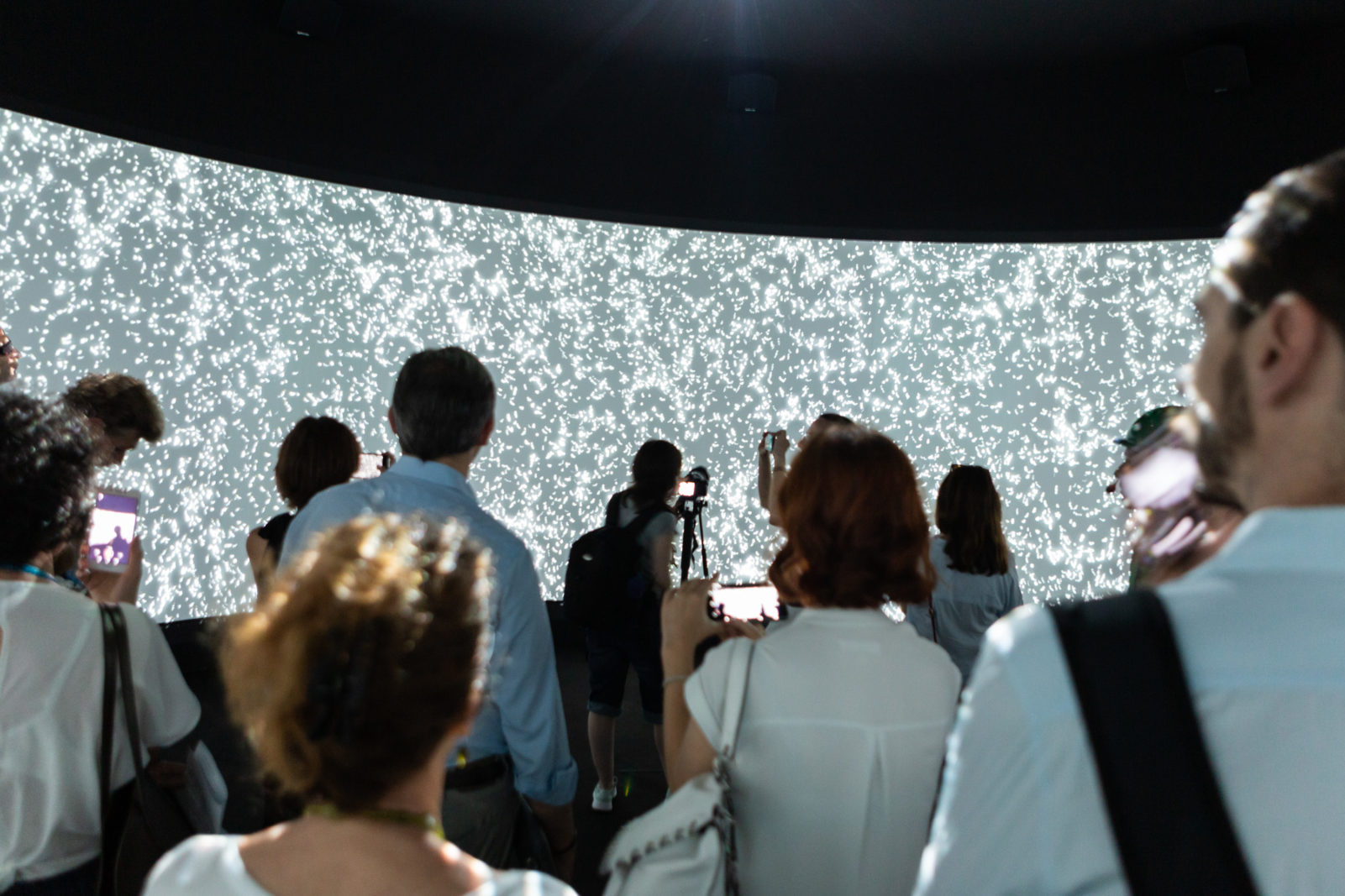 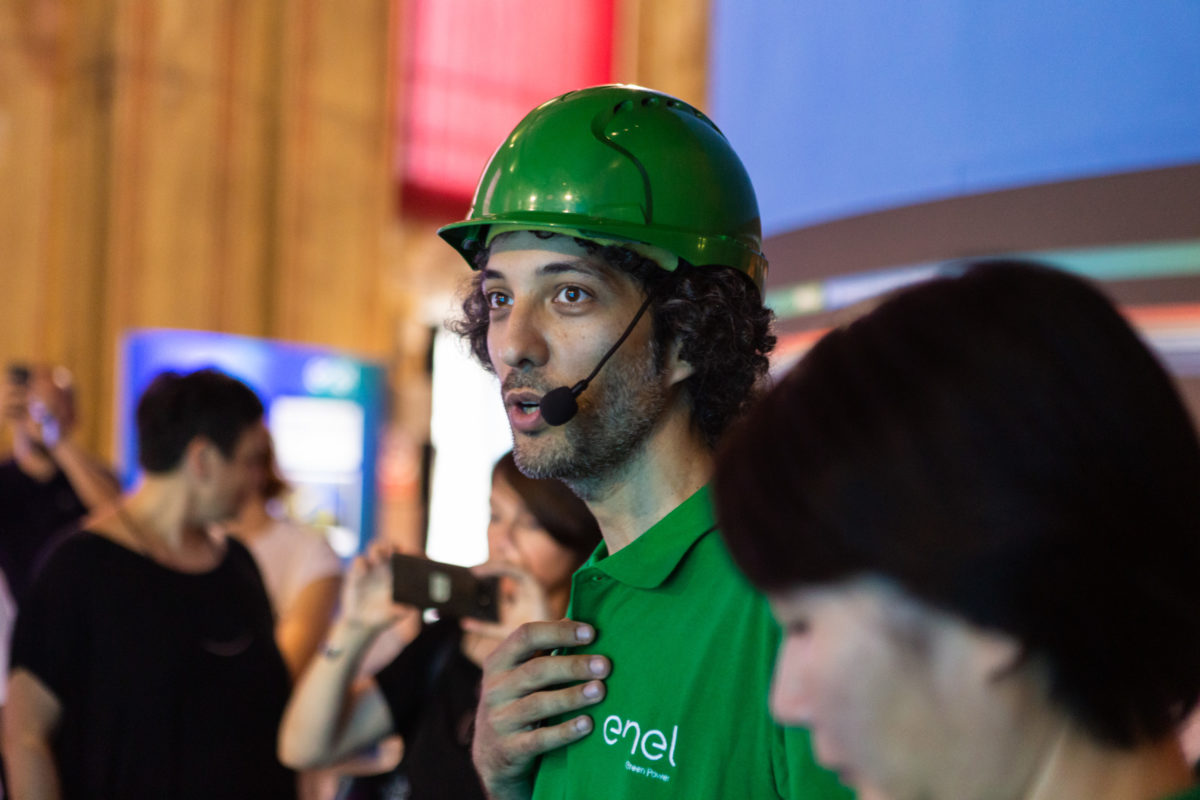 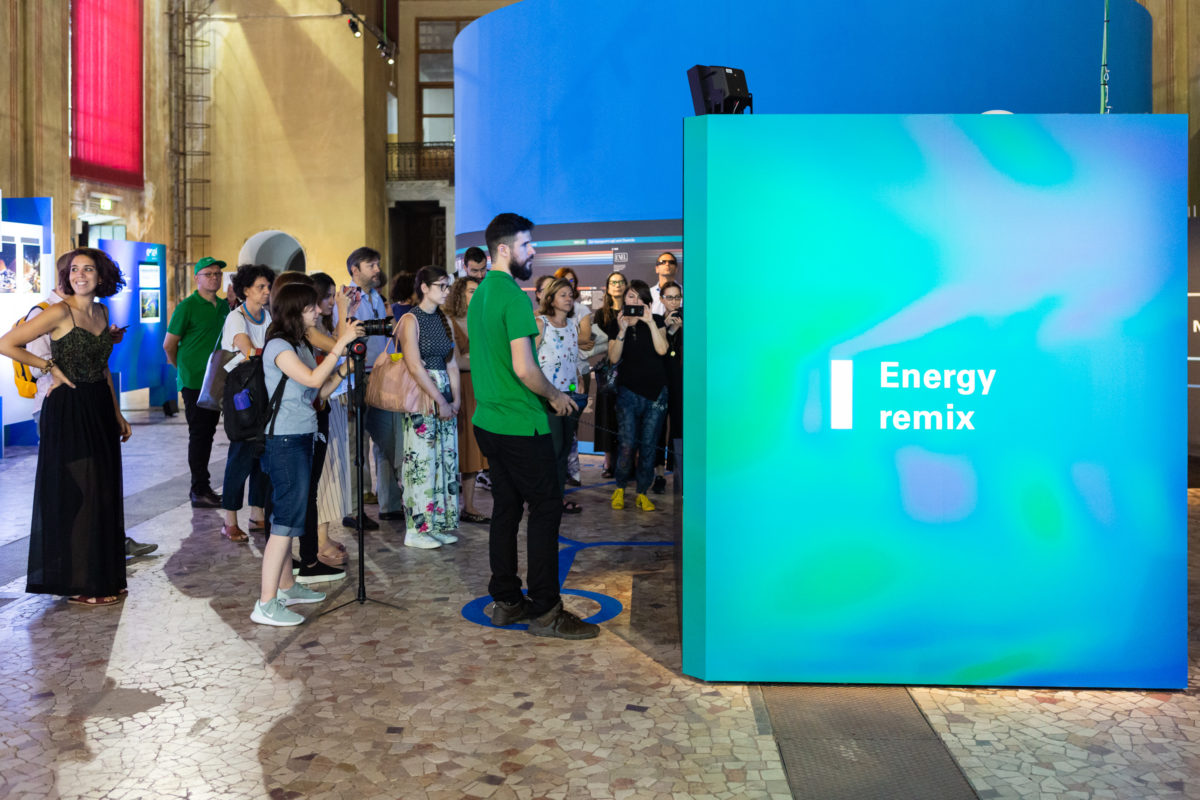 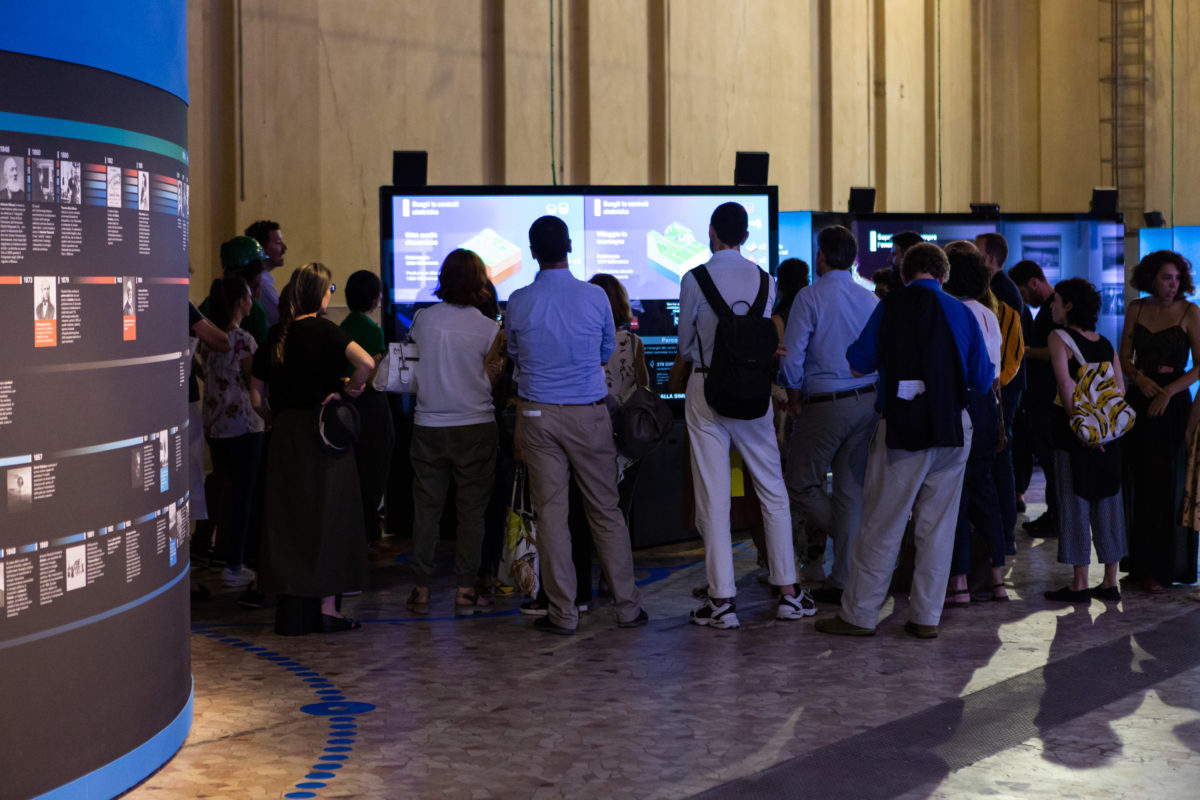 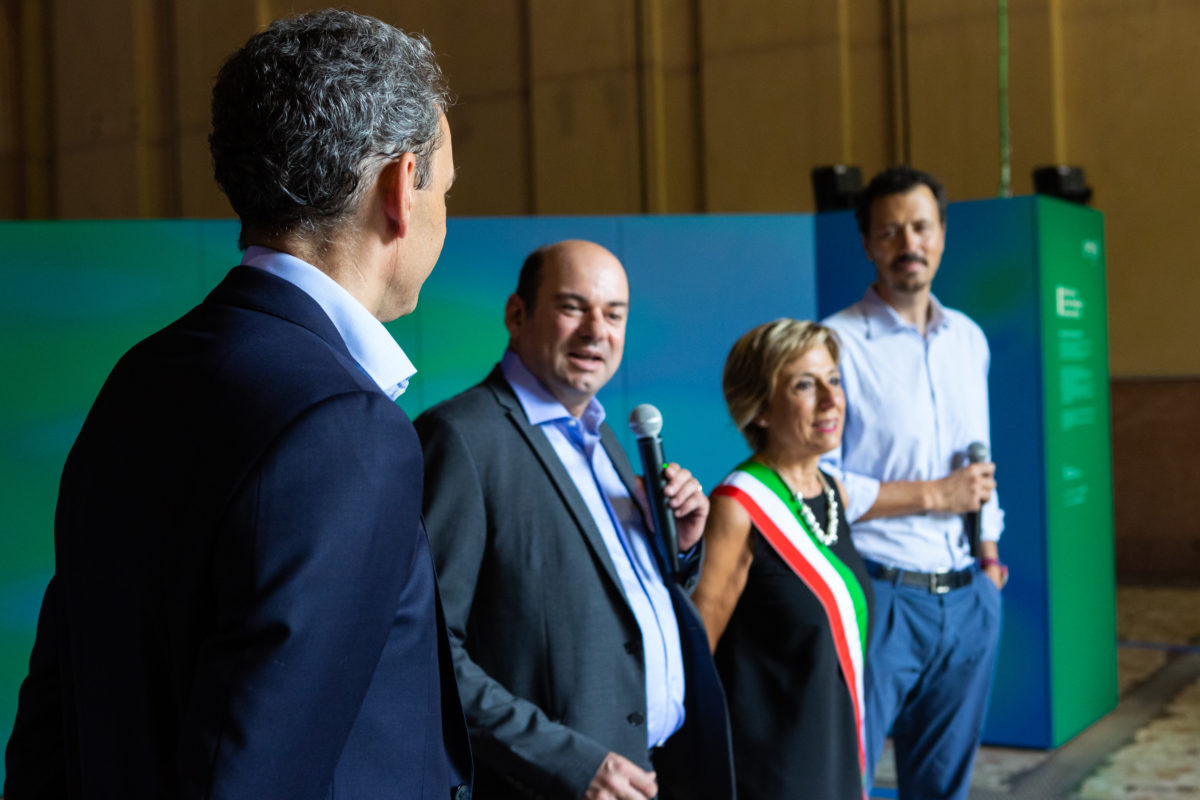 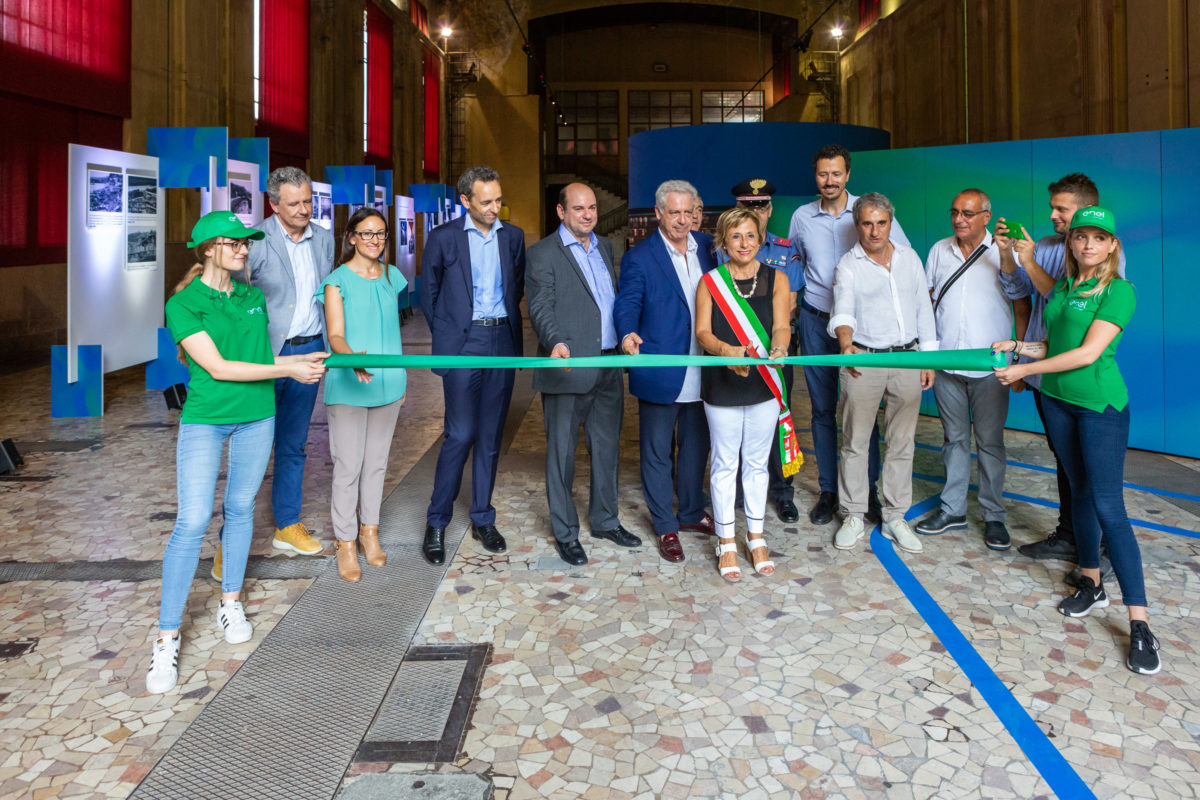 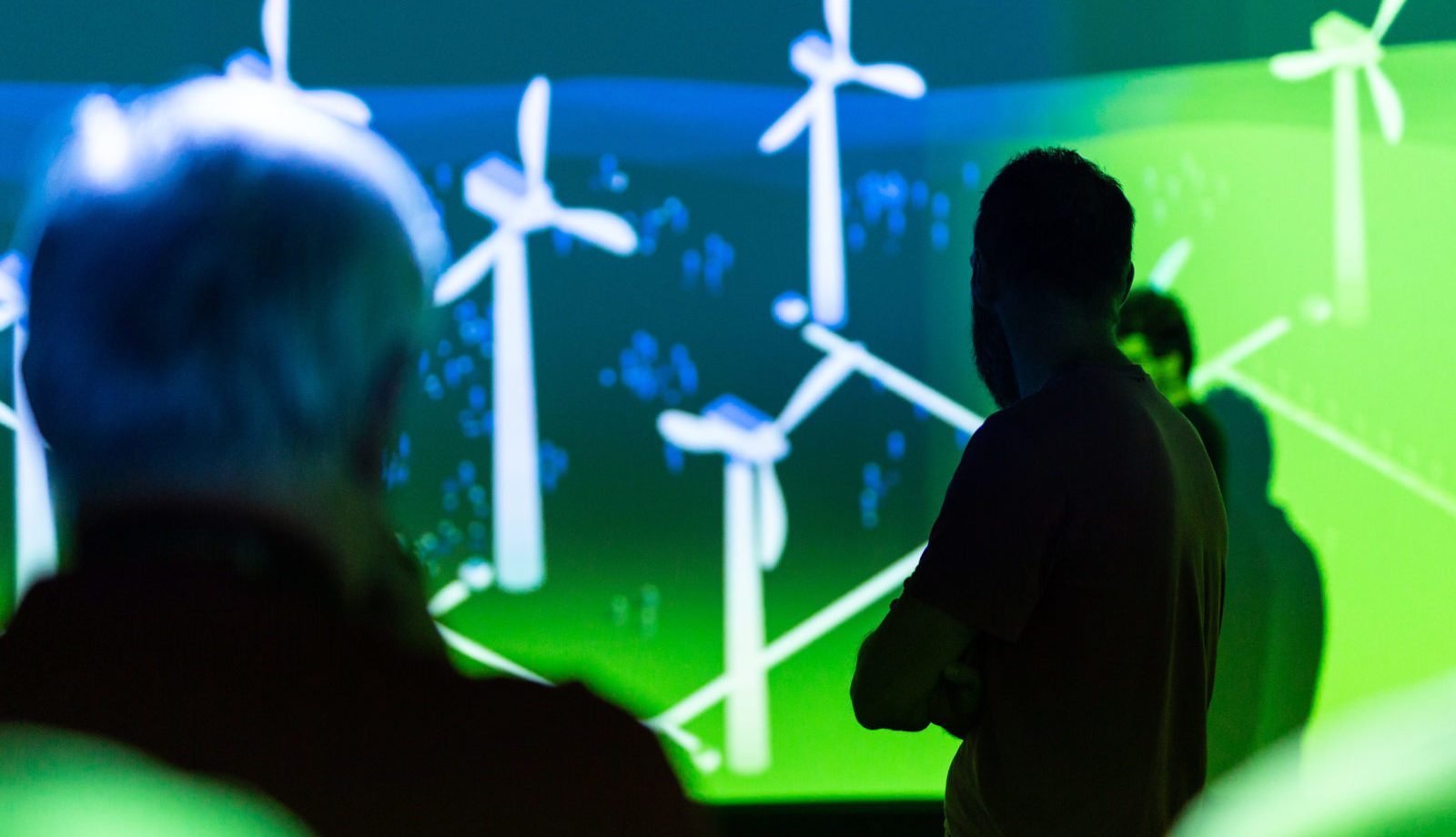 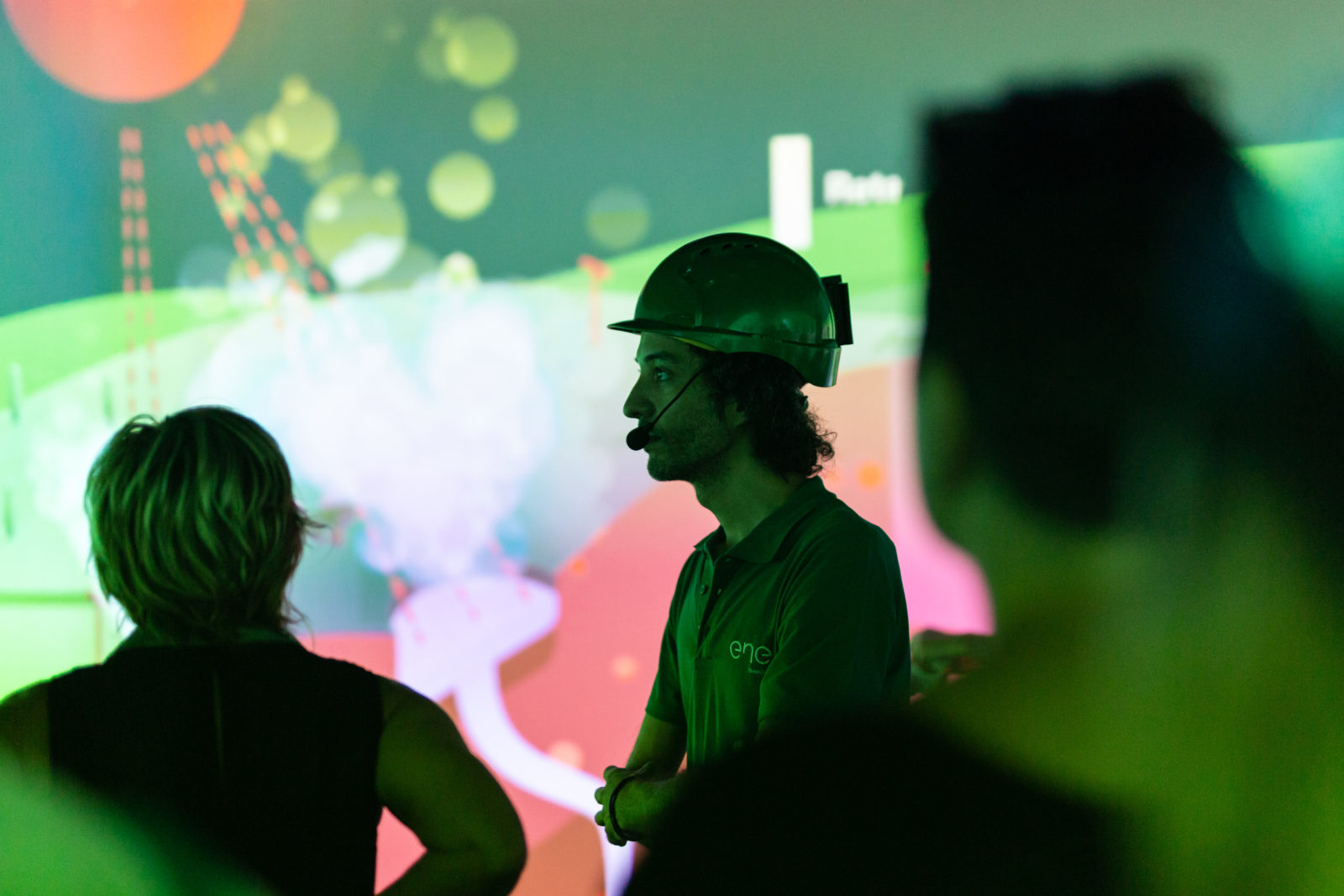 The Trezzo power plant is located in a natural context on the right bank of the Adda river, not far from the ruins of the Visconti castle. It is a rare example of industrial architecture from the early twentieth century which now comes back to life, thanks to a project that seeks to bring the public-at-large closer for a fun-filled and exciting experience, thanks to the study of interaction and exhibit design by DotDotDot with storytelling by Storyfactory: “the visitor is at the centre of a system of positive emotions – state the designers – and the power plant becomes a centre for education and entertainment”. Trezzo is the first experiment, the second project will become reality in the province of Rome, in the city of Acquoria (Tivoli). Idro, Gaia, Levante, Marina and Mariasole are the names of the characters who talk about energy through animation and games.

The five avatars come to life along the course of the exhibition, they follow the visitors and are activated by vocal recognition.

The journey begins with a Kinect that tracks the movement of the visitors and translates their motion into a visual feedback that quantifies the energy they produce. The heart of the exhibition is a circular immersive environment, in which a 360-degree projection uses video and graphic animation to tell the story of the five types of energy and how they are produced, using clean energy sources. The journey ends with the installation titled “Energy remix”, that relies on games to involve visitors with questions rewarded by points, to demonstrate how energy efficiency is also a source with respect to a certain context of the landscape. There is great innovation behind the images and interactive experiences. “To create greater empathy between the characters and the visitors, DotDotDot chose to highlight the quality of the dialogue with vocal recognition technology – explain the designers – triggered by key words spoken through the microphone in the guide’s helmet. The answers are given by a musical human voice, very different from the depersonalized speech of common digital vocal assistants”. The sounds of water, wind and fire are realistic and vary on the basis of the sounds and the people present in the room.