Willy Zelger and his daughter Petra talk about how they startedtheir restaurant, a space they entrusted to the design of Pedevilla Architects

The month is June, when the days are longest. Imagine eating delicacies from the Alto Adige region, accompanied by excellent beer inside a medieval courtyard. This dream comes true at Decantei, the inn opened by Willy Zelger and his daughter Petra in the city centre of Bressanone that, only a few months after it opened, was forced to close temporarily because of the health emergency caused by the Covid19 epidemic. Father and daughter decided not to do take-away, but as soon as it became legally possible the inn reopened, following social distancing rules. «We have quite a few guests, it’s going much better than I would ever have imagined», says the young Petra, just turned 21, a graduate from a hospitality training high school and experience in many establishments around Bressanone. She tells us that the inn – which until recently was part of her mother’s butcher shop – is very large (240 seats as a rule, 80-100 seats with the current 2-meter social distancing requirements) and can welcome a large number of diners. «For people who wish to go out, sit down and have a beer – she explains – even two metres apart. And should the government decide to lower the distance to one or one-and-a-half meters, it will be even better».

In the kitchen is chef Fabian Eccli, who has worked for several hotels, wine bars and inns in the area, in addition to Michelin-star restaurants in France, Germany, the Netherlands and Lake Garda, before coming to Decantei. He thinks it is important to underscore the work of the team, in which his sous-chefs Niklas Mantinger and Philipp Kritzinger play a fundamental role. Fabian, Niklas and Philipp work closely in synergy, serving up dishes such as Goat cheese, strawberries and rhubarb, Smoked brook trout, melon, cucumber and quinoa, Pork belly, edamame, cream of peas and mint/em>, to name just a few. Willy confesses that he is fascinated by the variety and quality of Italian regional cooking, and has fashioned the menu to include dishes made both with local raw materials and delicacies from the rest of the country. Decantei therefore offers traditional cuisine from Alto Adige as well as Mediterranean cuisine, so that in addition to the local raw materials, ingredients include buffalo mozzarella from the Campania region, salt from Mozia and sheep cheese from Sardinia, for example.

Italy is the best place to eat. I don’t believe there is anywhere else in the world where the cuisine cuisine is as good and as varied from region to region. 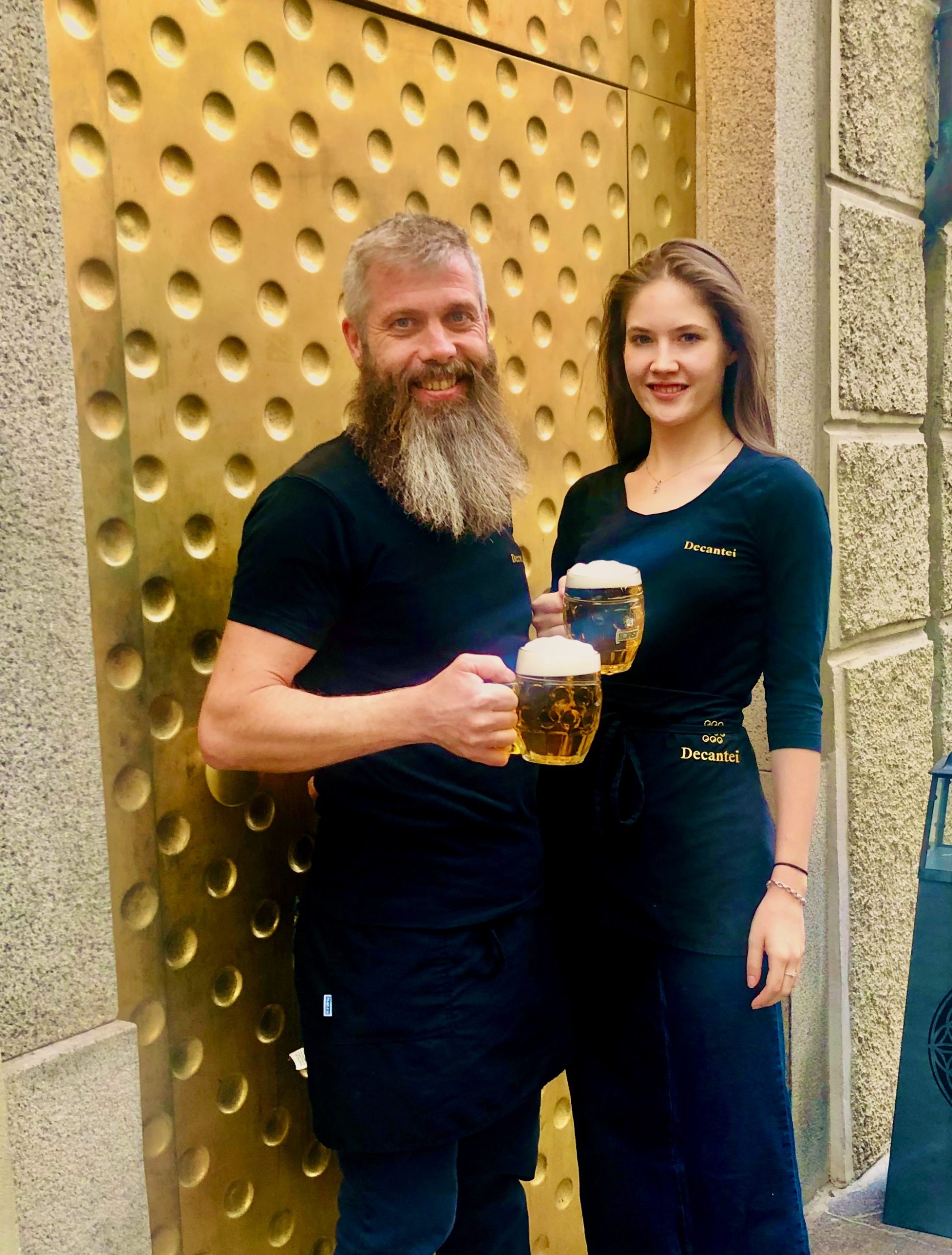 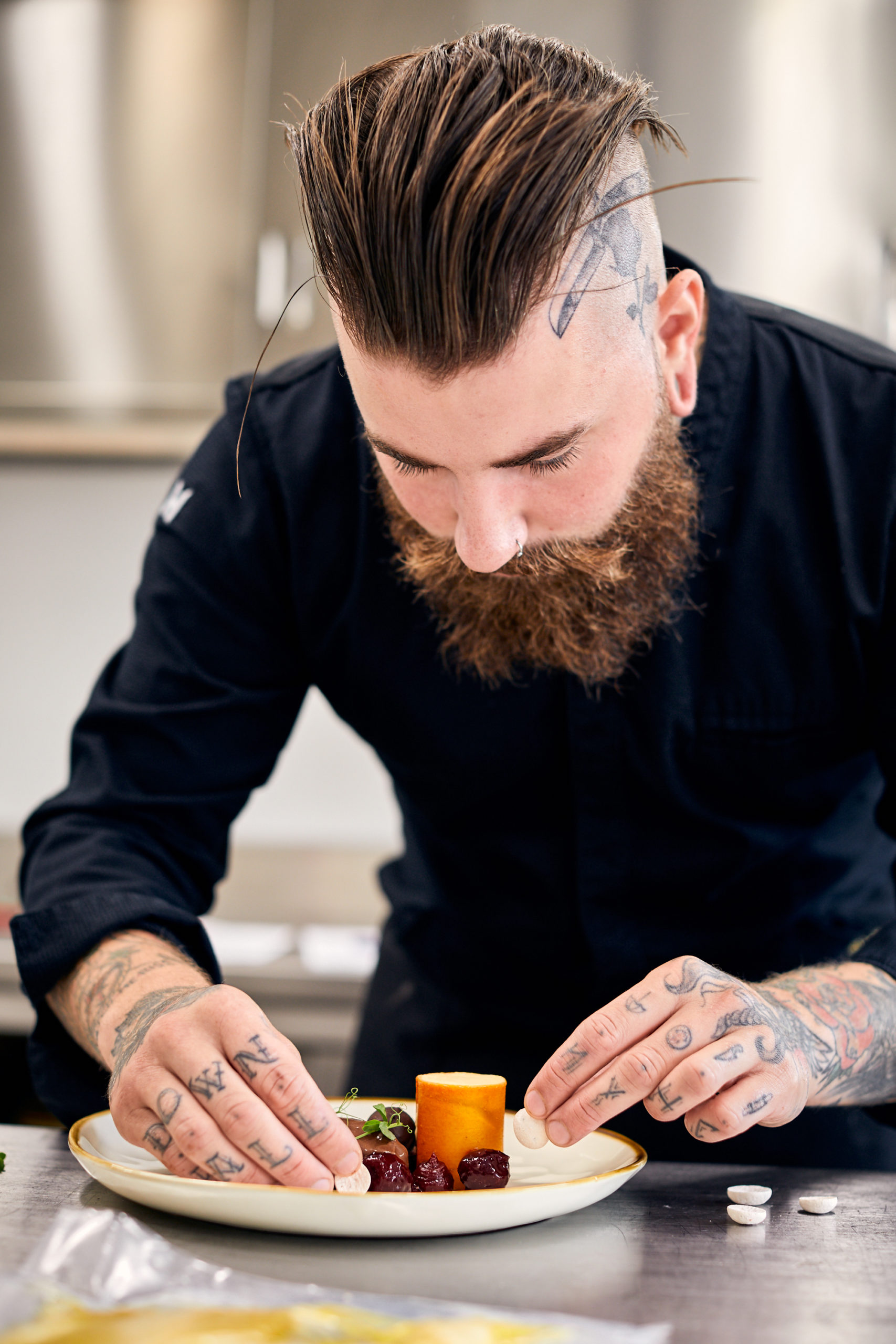 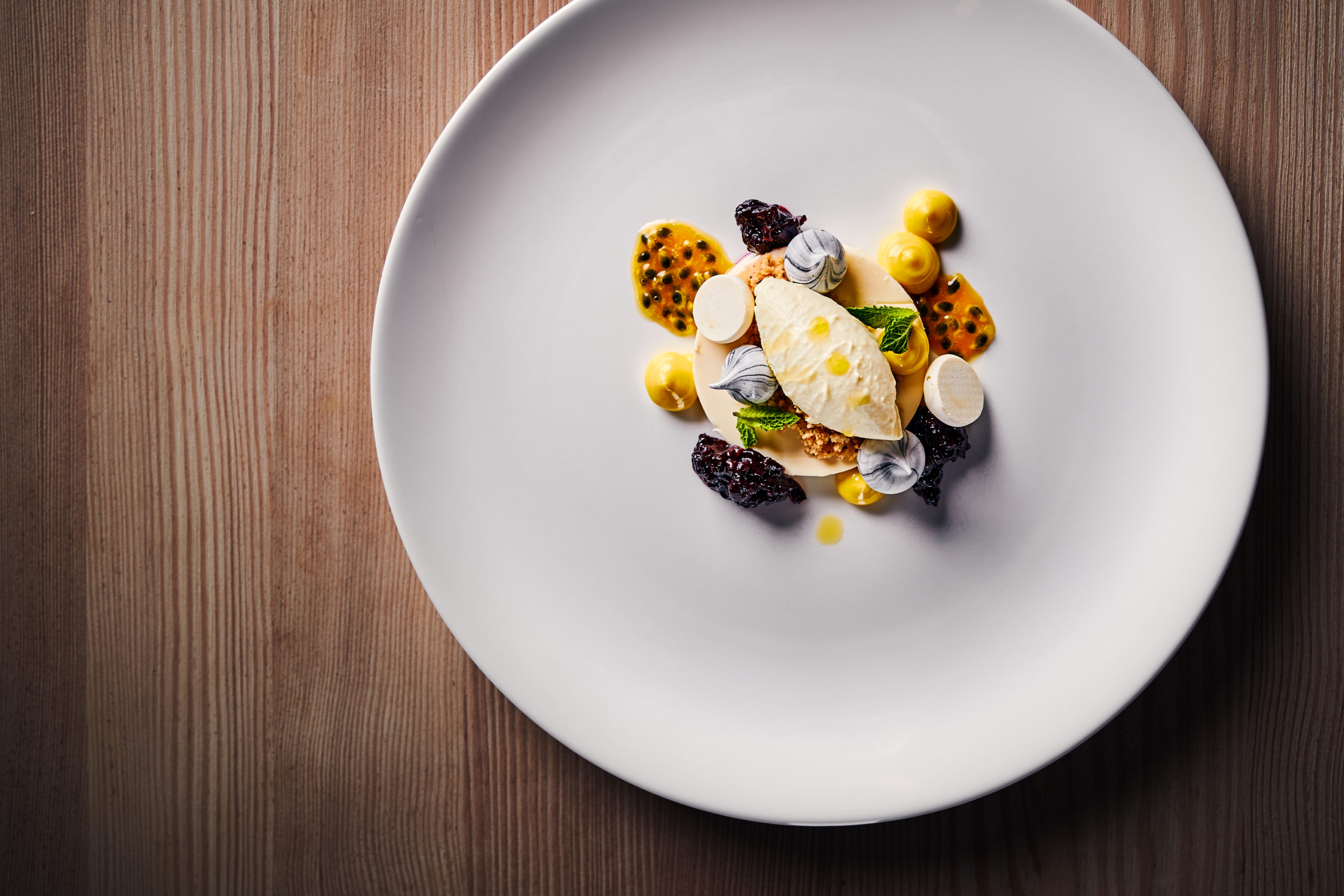 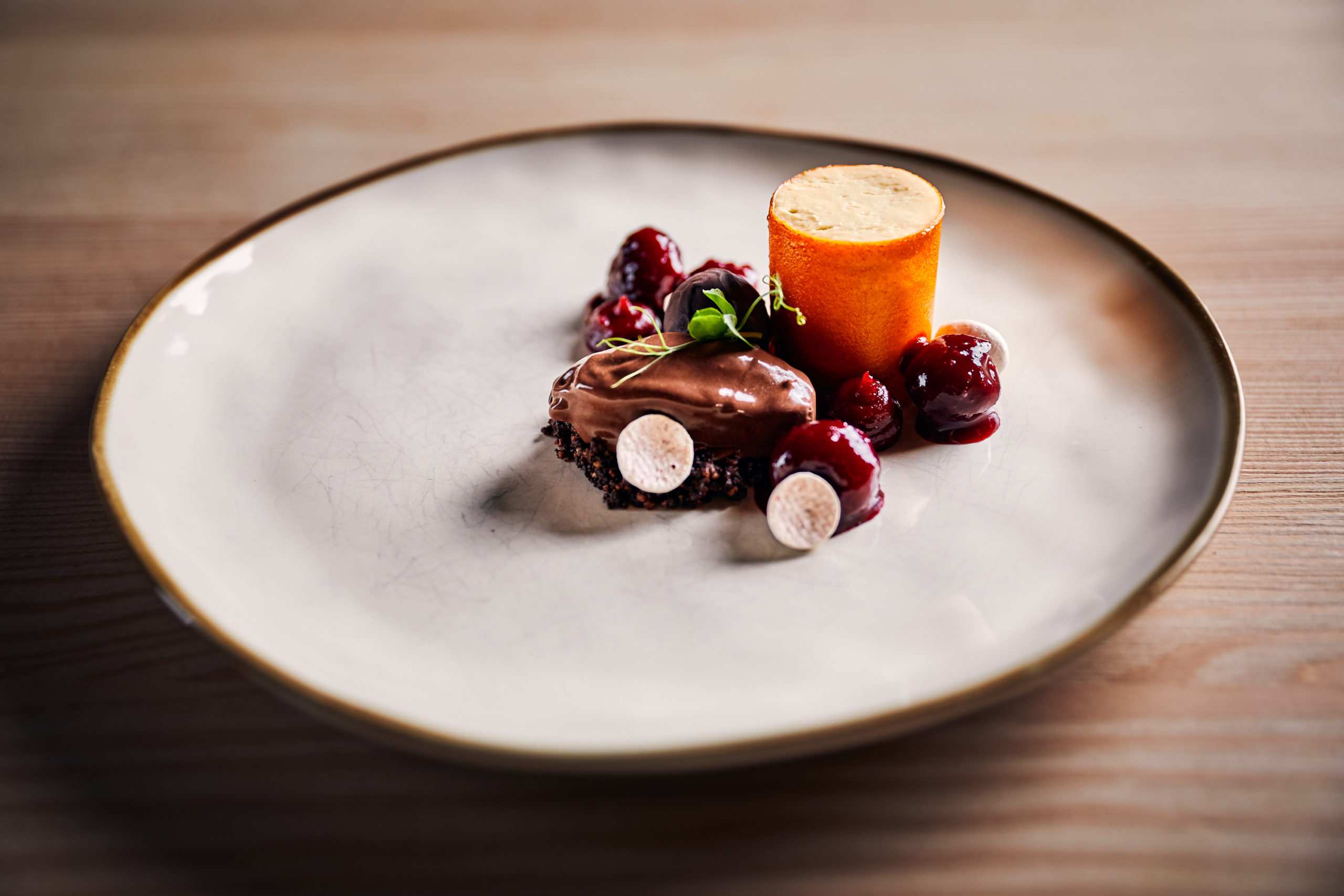 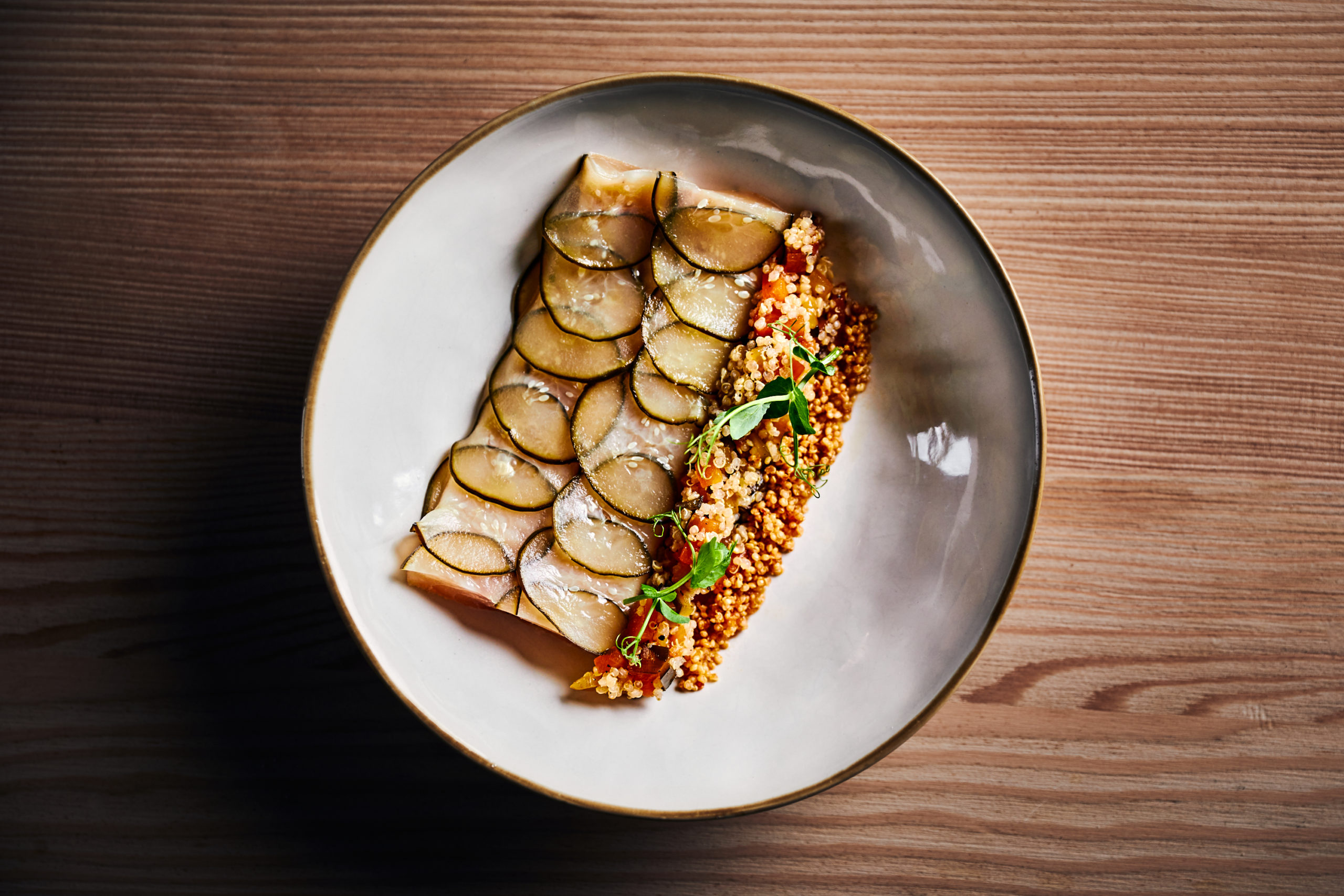 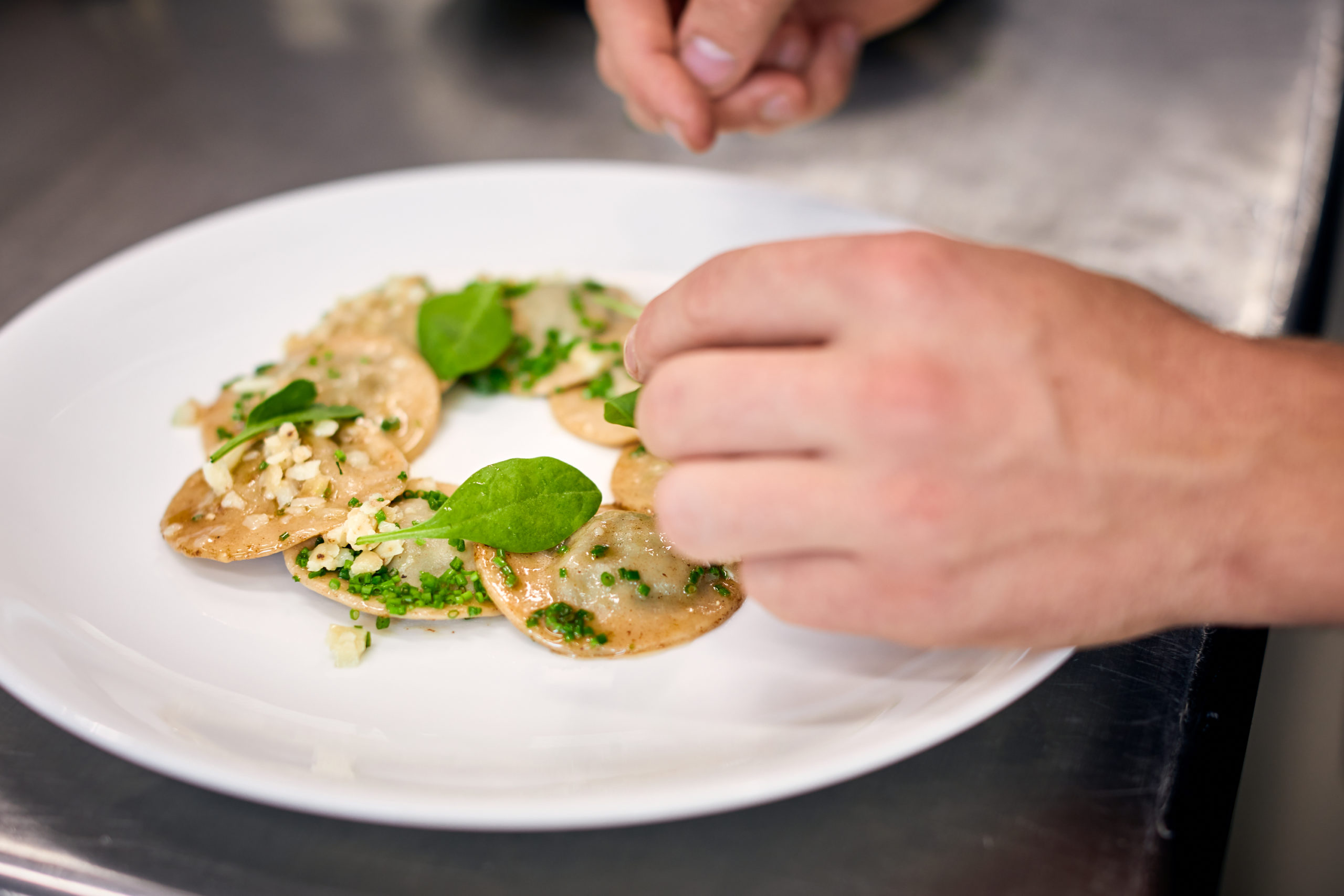 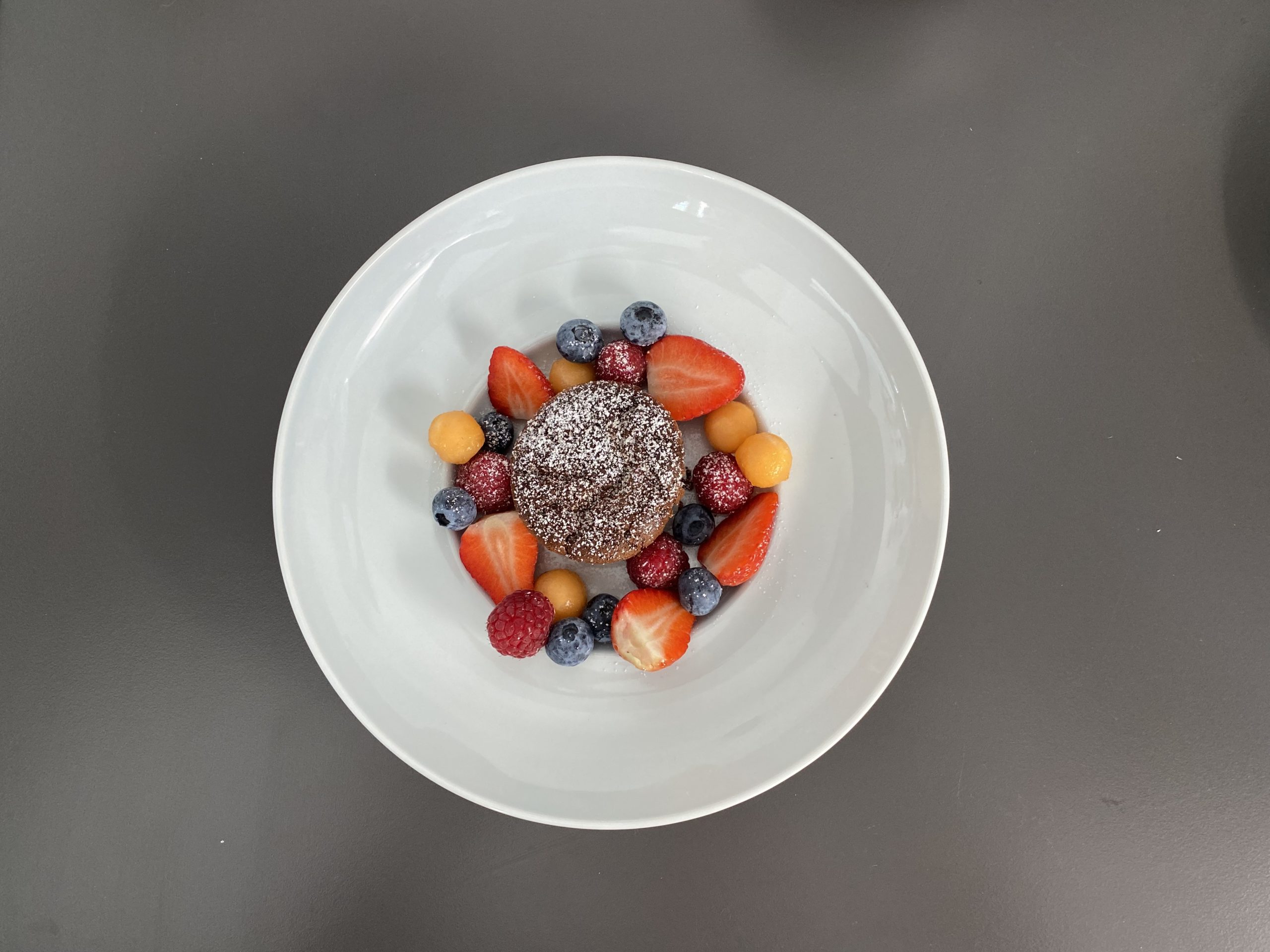 Just as fascinating is the architecture of the restaurant. It is no coincidence that the owners chose to work with Armin and Alexander Pedevilla from Brunico, who for years have designed projects of the highest quality in Alto Adige. Willy met them by chance (and good fortune!) and is enthusiastic about their work. «I asked for a warm and friendly space, he says, with a prevalence of natural materials, like wood, that would give you the sense of walking into your grandmother’s stube. Little by little, as I got to know them, I understood that I could give them carte blanche. The result was excellent. They gave the inn a contemporary look, and this was a pleasant surprise for all of us». This was confirmed when the project for the restaurant was selected as a finalist for the international AIT Award | Best in Interior and Architecture. «This is what Italy is all about, he continued, together with art, architecture and the sunny disposition of its people». Pantografo asked him about what he considered his strong points: «The cordiality of the staff is the most important thing – he answered – along with the quality of the raw materials. Another fundamental aspect is the range of languages we speak, allowing us to welcome each of our customers in the warmest possible way.»

The inn is part of a complex dating back to the Middle Ages, when it was the home of the dean, the decano, of the cathedral. Hence the name Decantei. The evocative quality of the original space, with its vaulted ceilings, was not a hindrance in the creation of a contemporary scenario. On the contrary, it proved to be an inspiration to design the new with a respectful approach, conscious of the virtues that a space can express when the memory of the past coexists delicately with the present. The first thing the architects did was to restore the original character of the building. The use of brass in the inn is reminiscent of the historic centre of Bressanone, where there is much use of this material. For example, the surfaces of the hand-forged doors and the custom-made handles create a historical connection with the Cathedral area. The chandeliers are also made of brass, pressed and finished by hand. To make the complexity of the different historical layers in the building tangible to the customer, the dates in which the various dining rooms of the restaurant were originally built are also indicated, in brass. 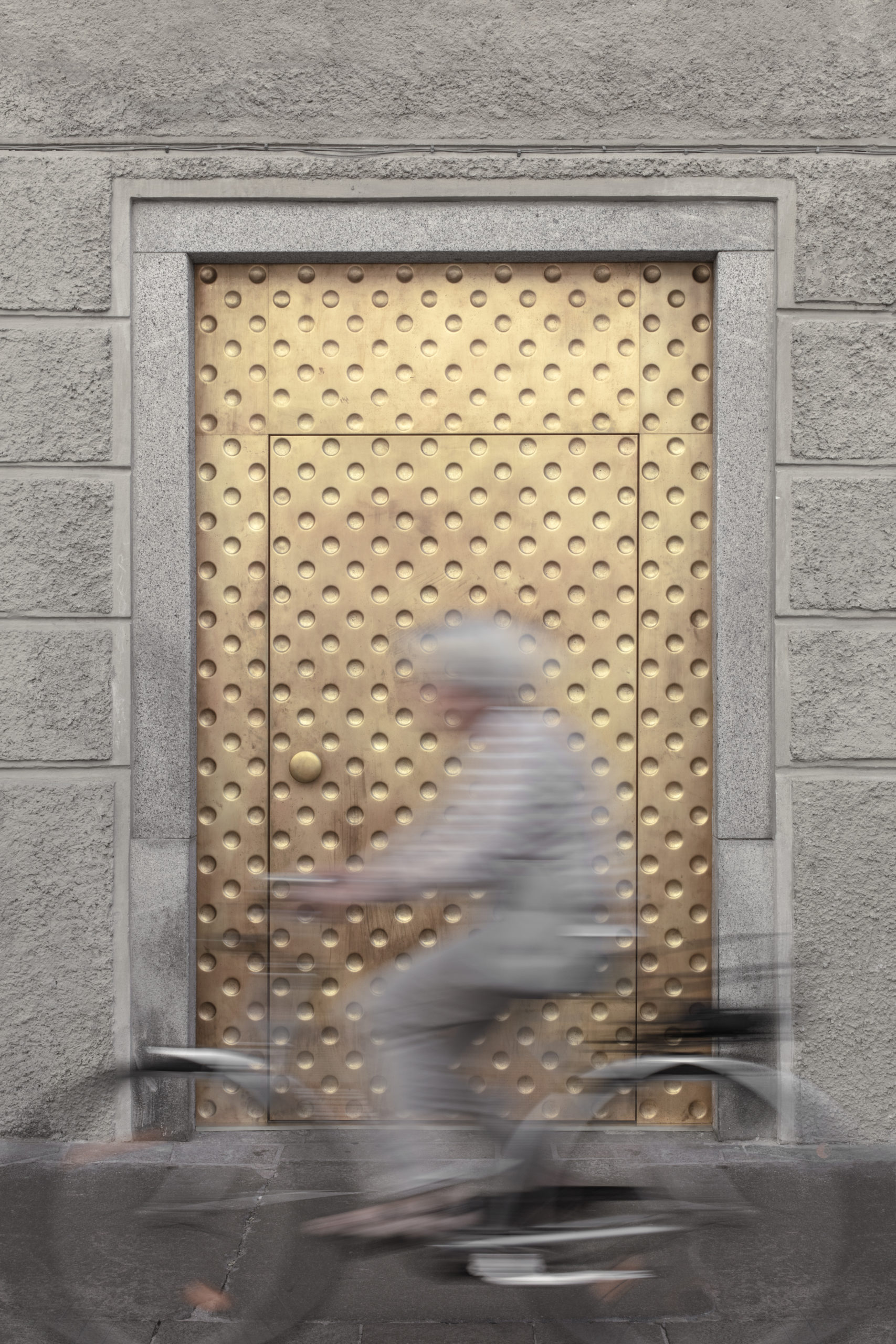 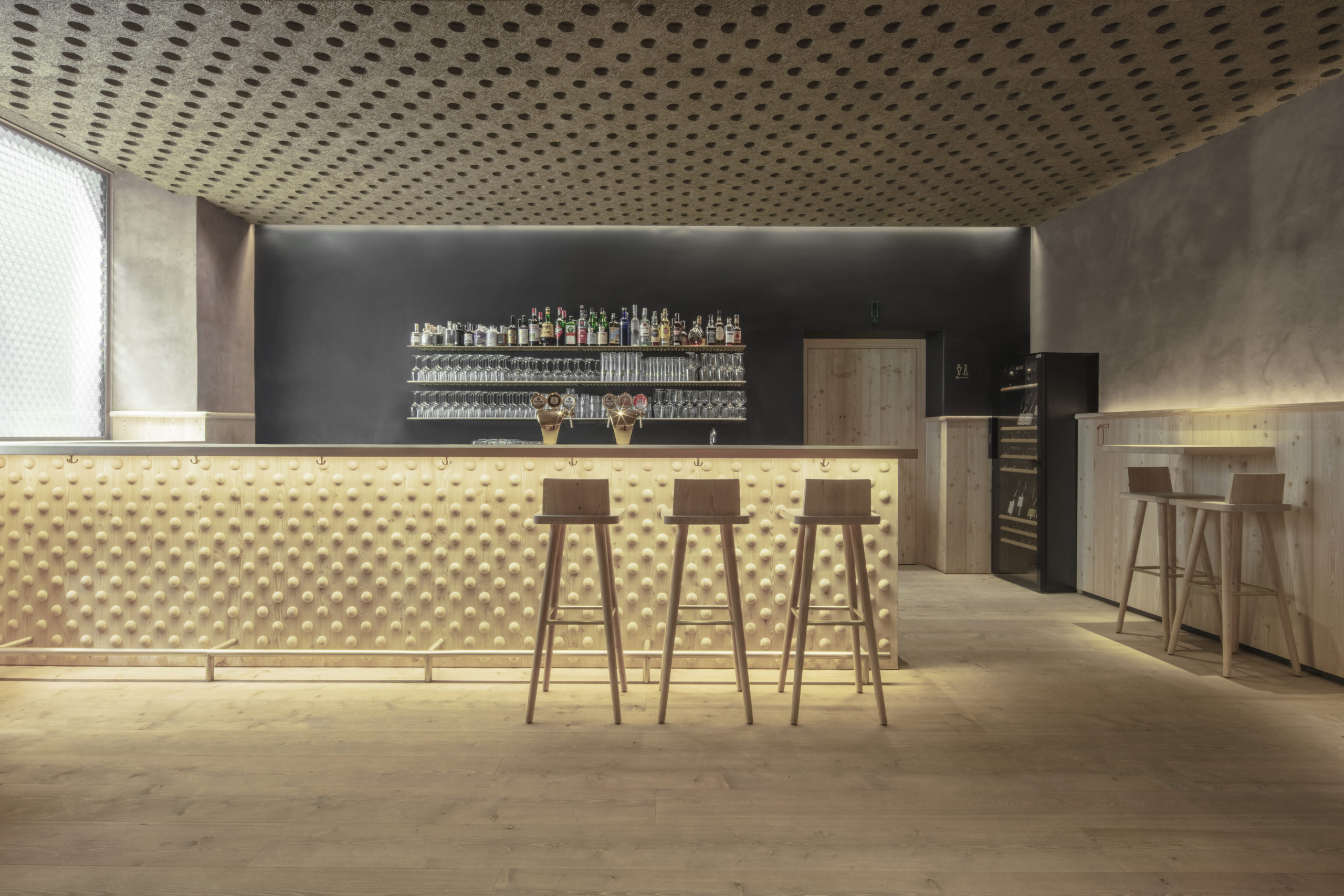 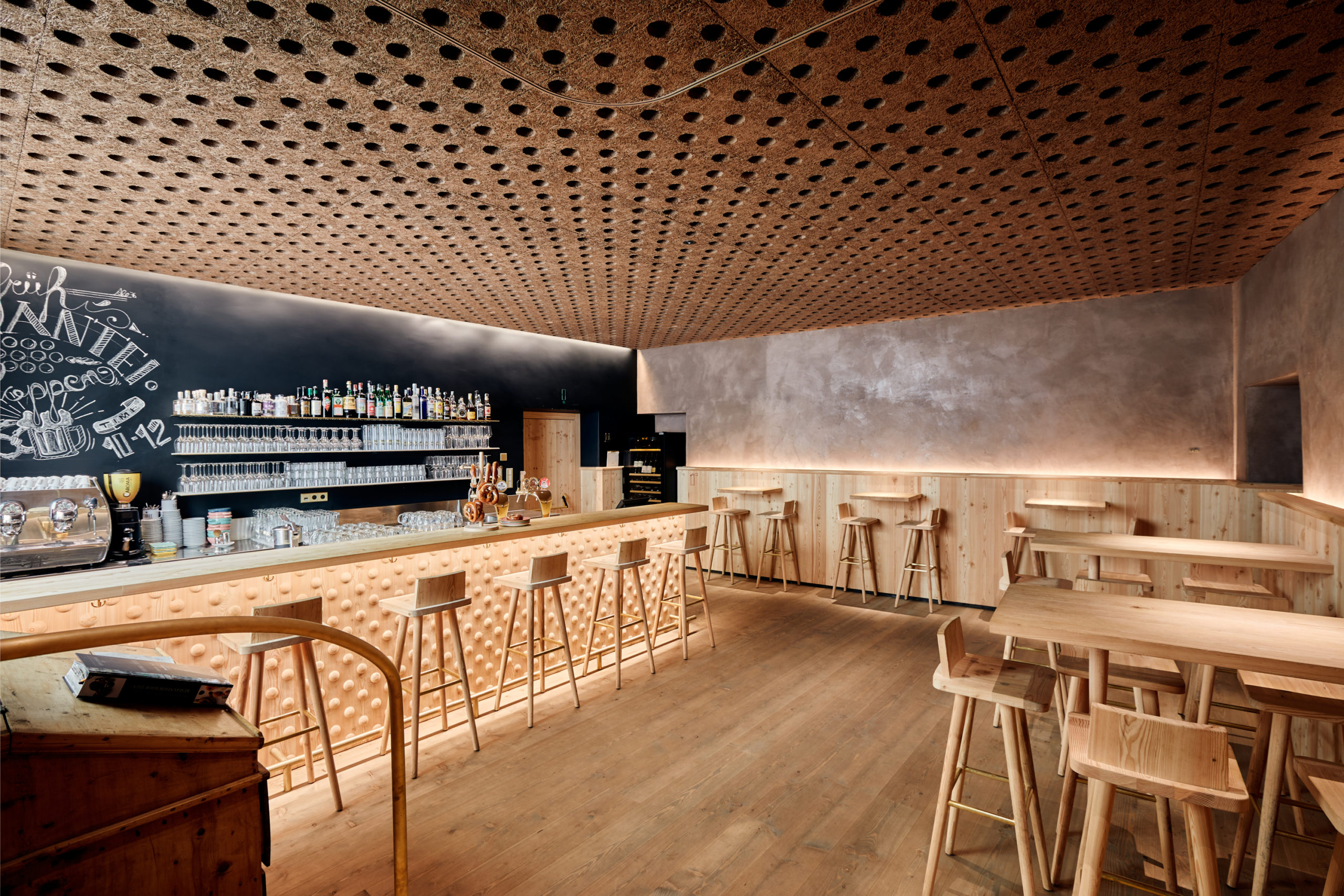 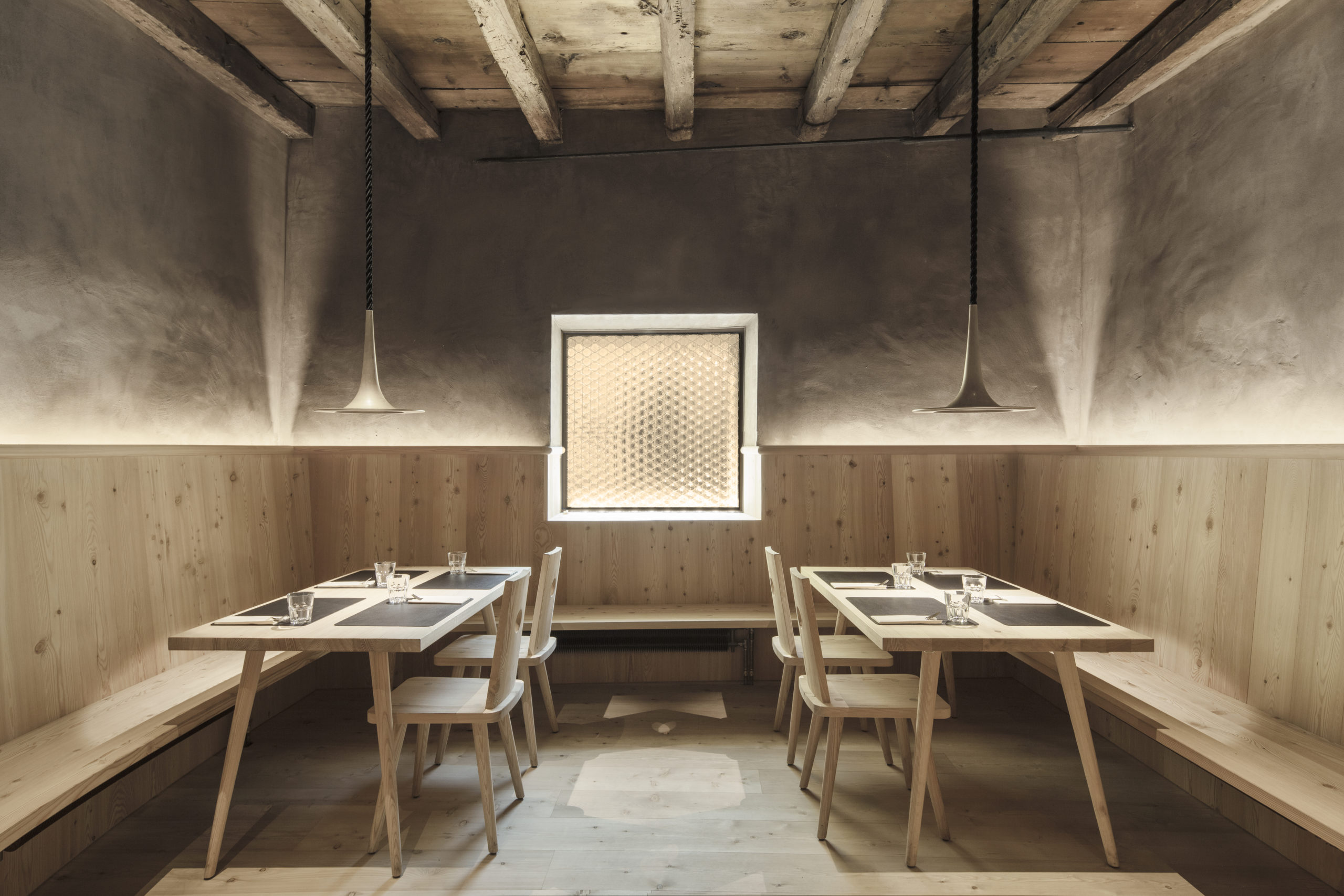 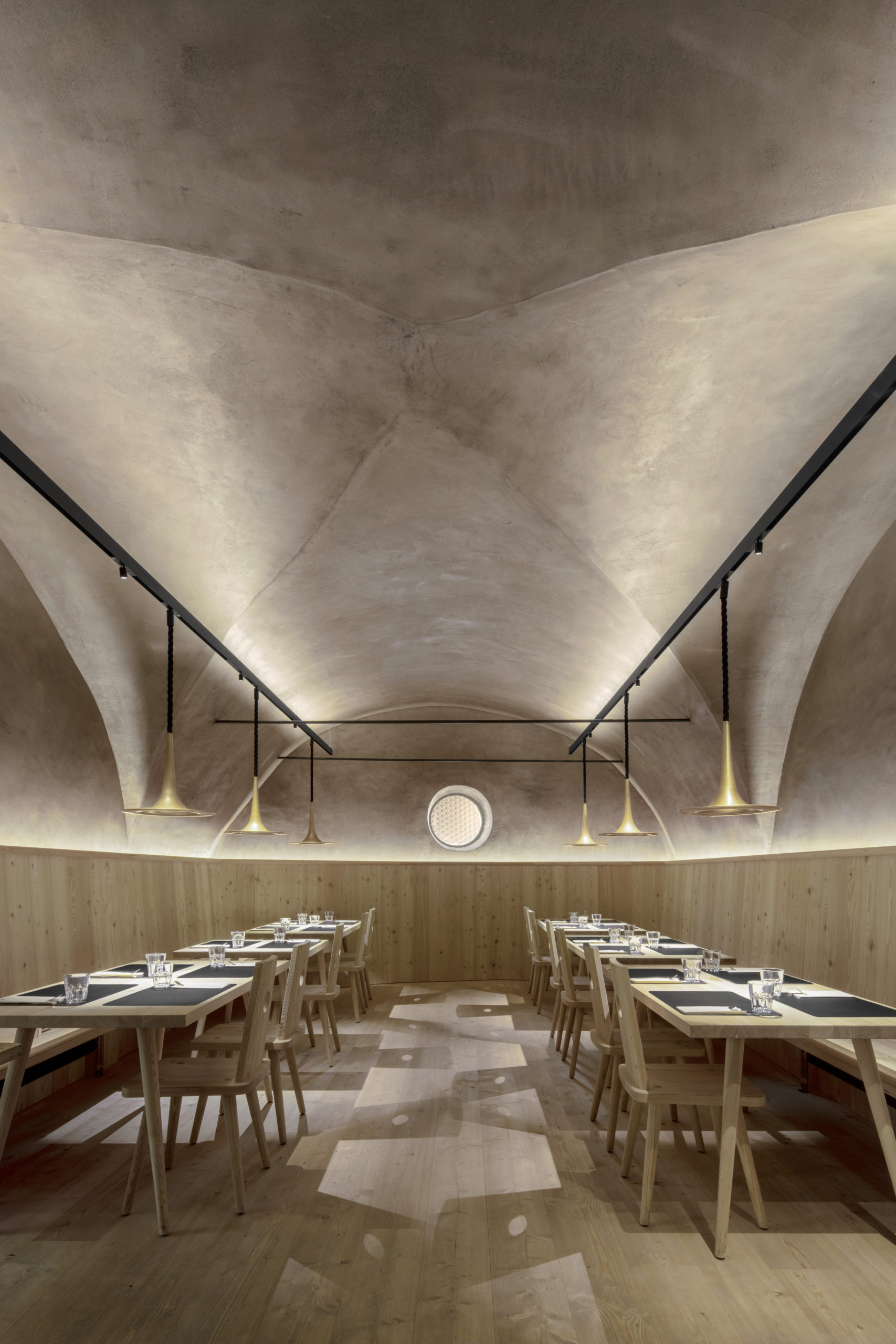 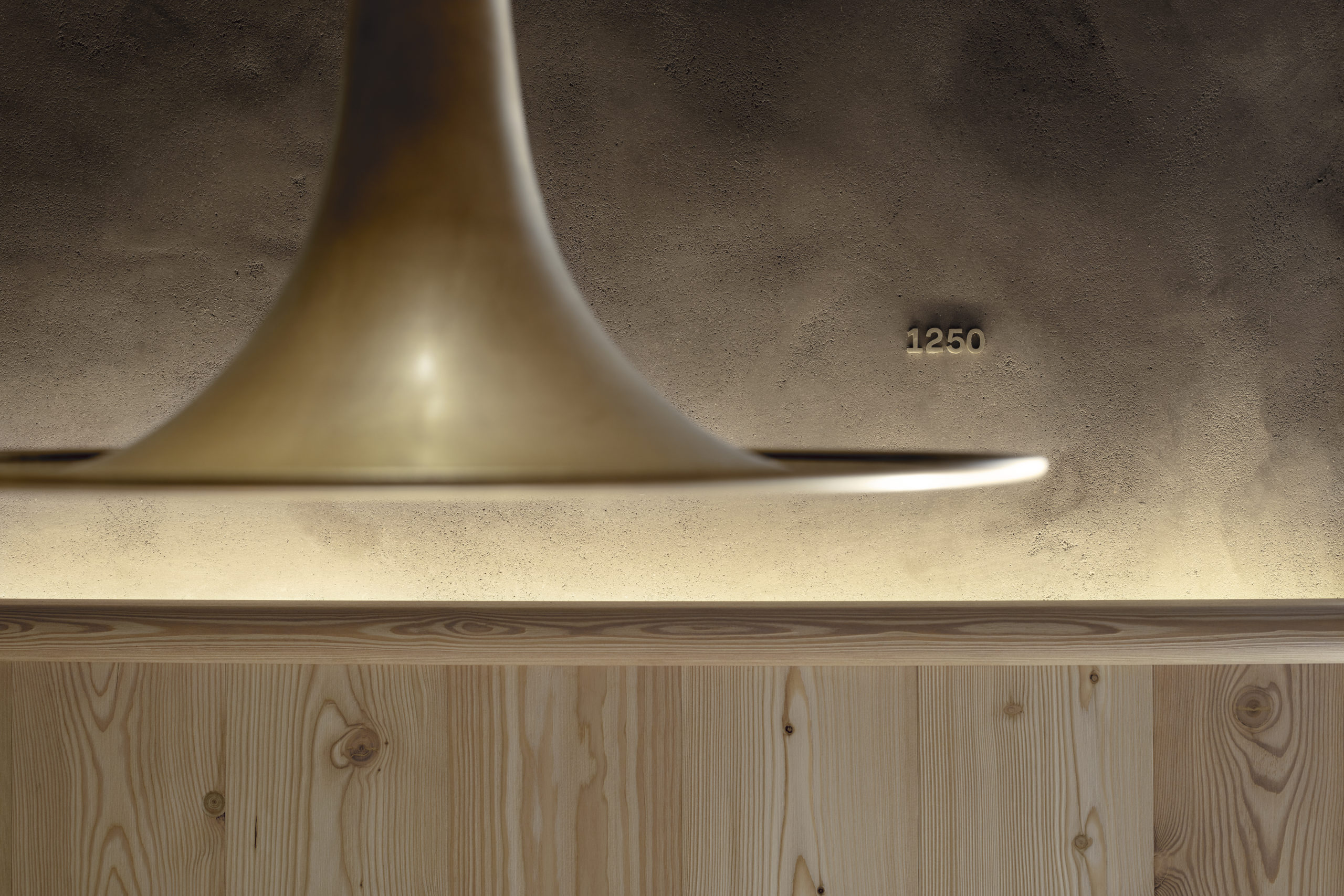 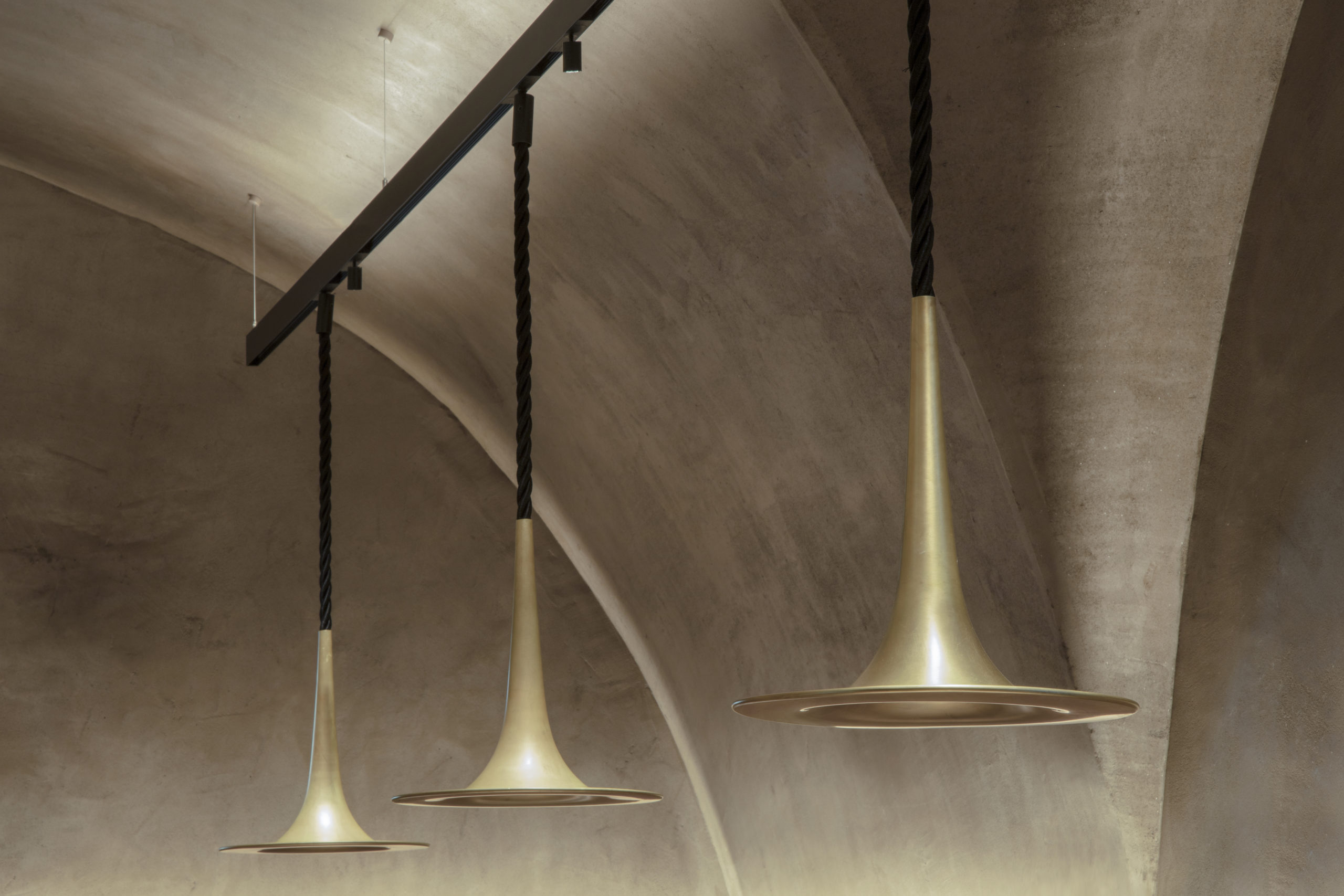 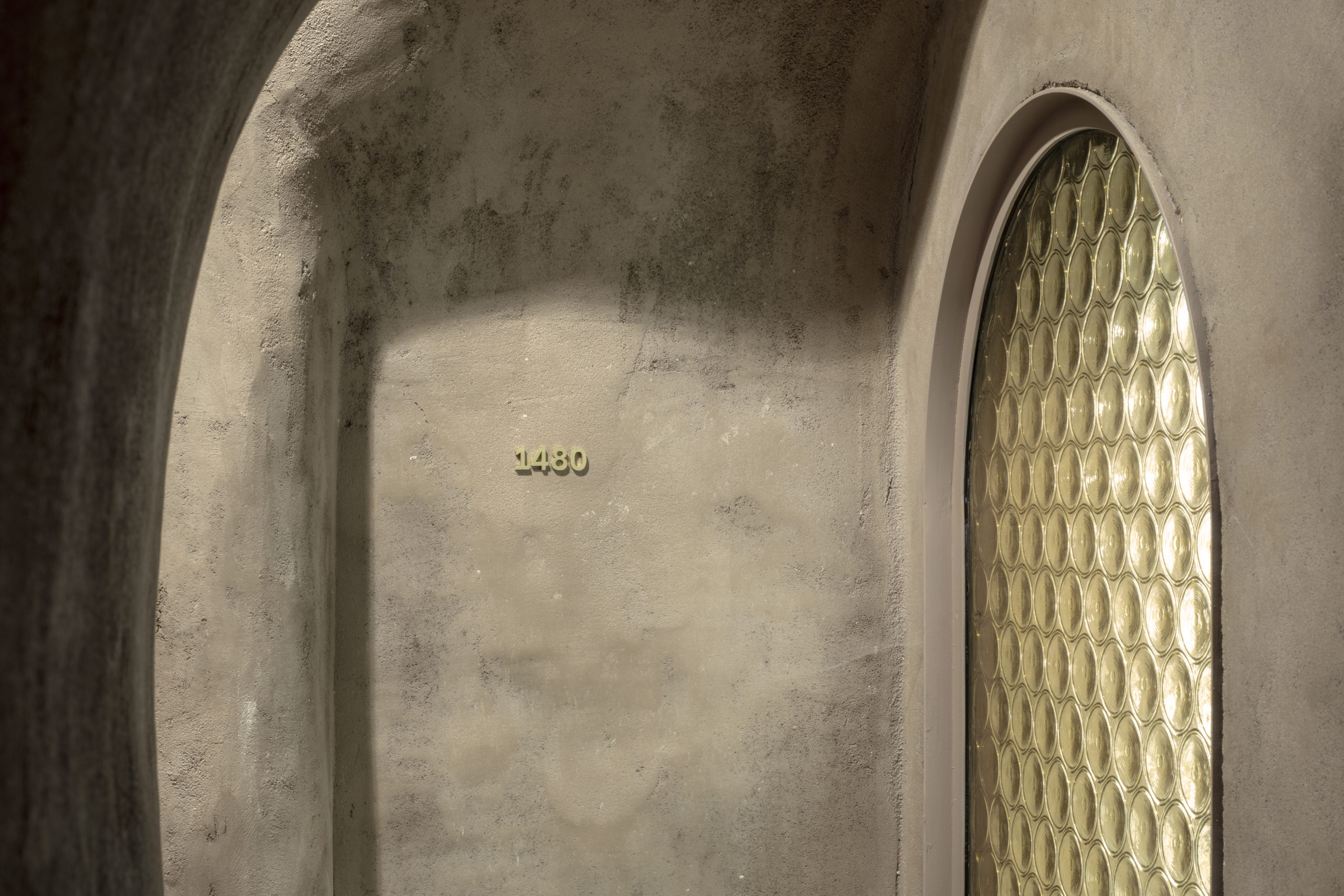 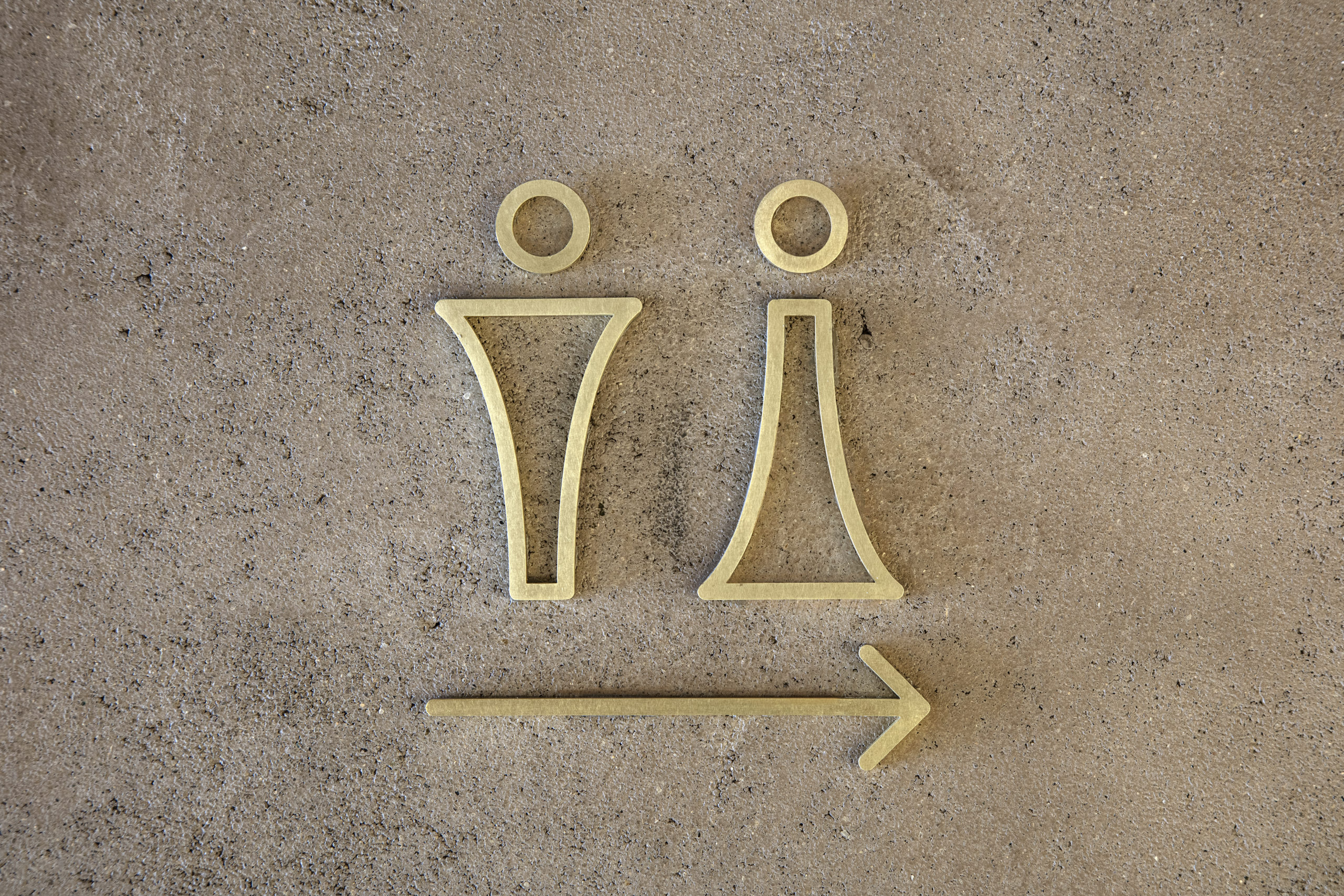 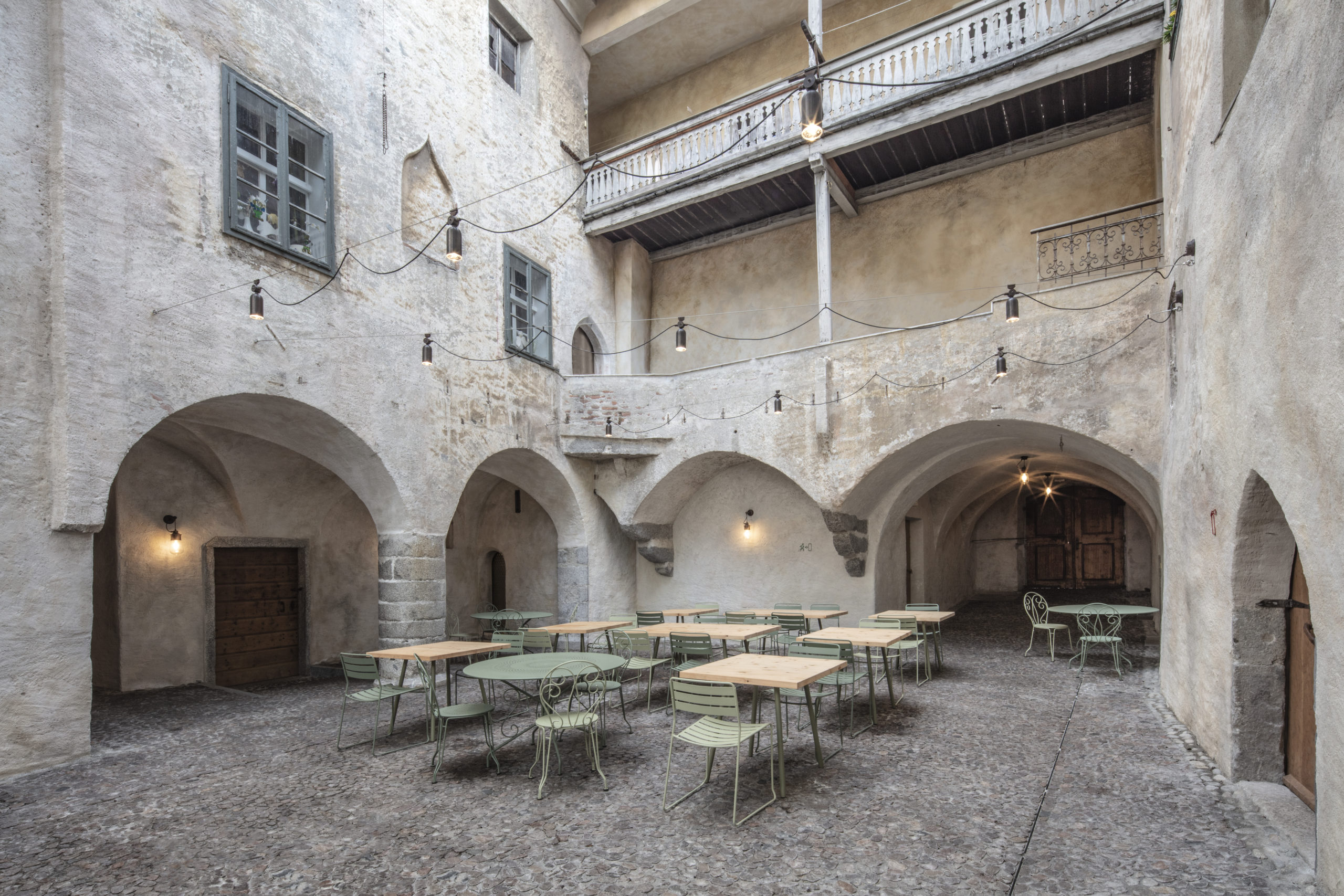 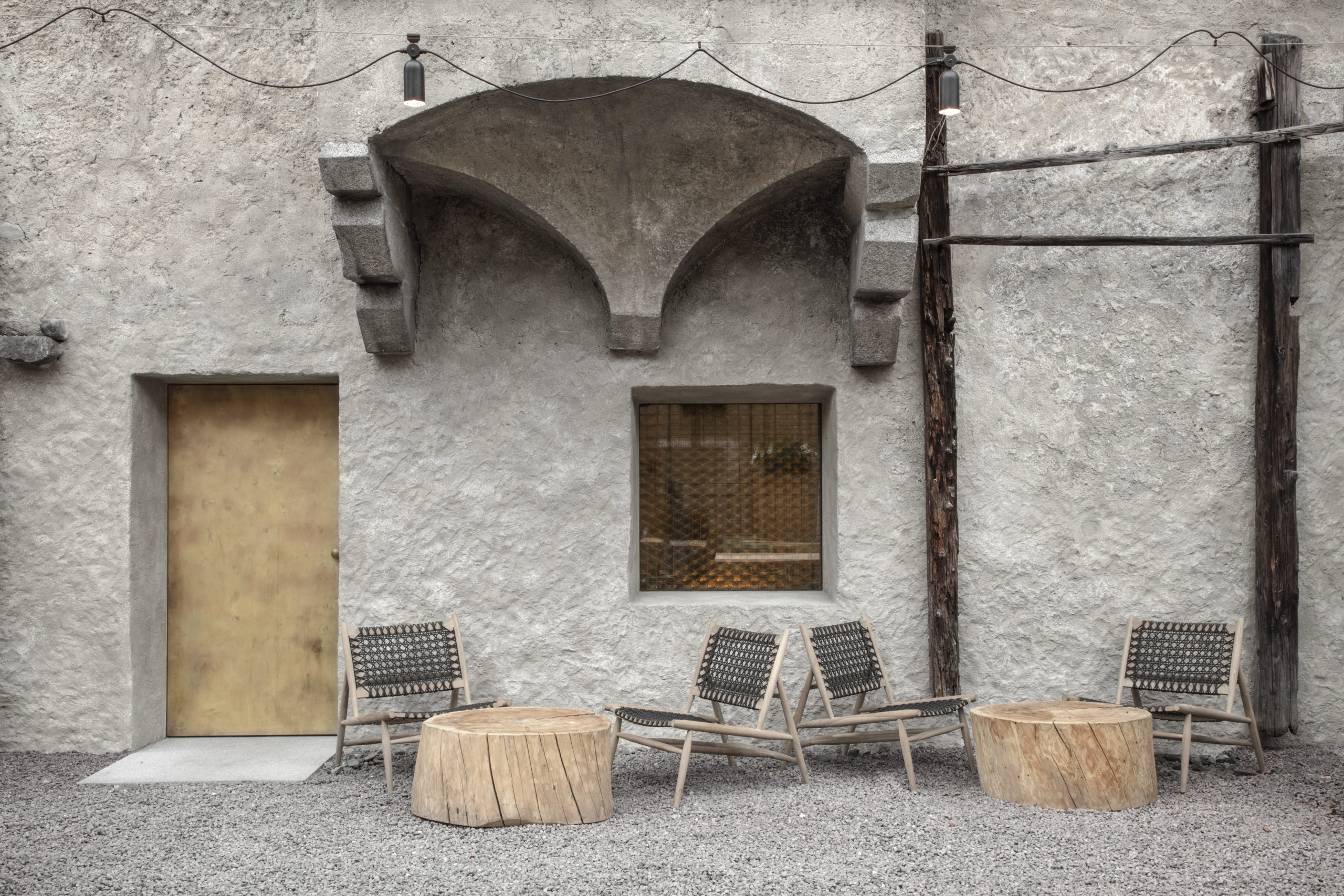 Inside, a special plaster was used on the walls in a colour tending towards a dark grey, matched with local larch wood to create a warm family atmosphere. Exactly what Willy and Petra had in mind.
The star and unifying element of the scenario is the circle, «as a perfect geometric element» we read in a report by the designers. It appears in many different elements, creating order and harmony, from the suspended acoustic ceilings made of light wood-wool panels to the shape of the bases for the lamps, from the ornamental pattern of the glass and doors to the design of the furniture. Pantografo asked Willy if he believes there is interaction between the food and the architecture: «The culinary selection is undoubtedly important, but the architecture is even more so – he states with conviction – you can always change, modify or enrich your menu, but you only build the architecture of your space once, and it has to make you feel good.»