Creative naming, logo and mise-en-place by Doppio Trat_o, Gianluca Gentili in the project for the interiors of the trattoria at Prati in Rome

In the Prati district in Rome, the restaurant “TAVOLA – Bottiglieria con cucina” just opened its doors: it’s a dream in the shape of a trattoria by Francesco e Federico Prisco, two brothers who already work in the restaurant field, and share a double passion: to ride the waves of the sea on their boards when the wind allows it and to delight the mind and the palate with fine food. The word that ties the two experiences together is “tavola” – the Italian word for both table and surfboard – which not coincidentally is the name of the restaurant. The two brothers have involved two graphic designers, an architect and a young chef who blends the flavours of Roman cuisine with those of his native region, Apulia.

The group – the graphic designers, architect, cook and owners – has espoused the philosophy of conviviality and simplicity. Naming, logo, mise en place are the product of the creativity of Francesca and Valentina Angelini and their firm Doppio Trat_o in Rome. The designer of the venue is Gianluca Gentili who was inspired for the concept by a contemporary interpretation of the trattoria, but which brings back to life the objects of memory. And so, the contemporary constantly interacts with the vintage atmosphere, creating a scenario that is sometimes reminiscent of an Italian trattoria and sometimes of a European fumoir. 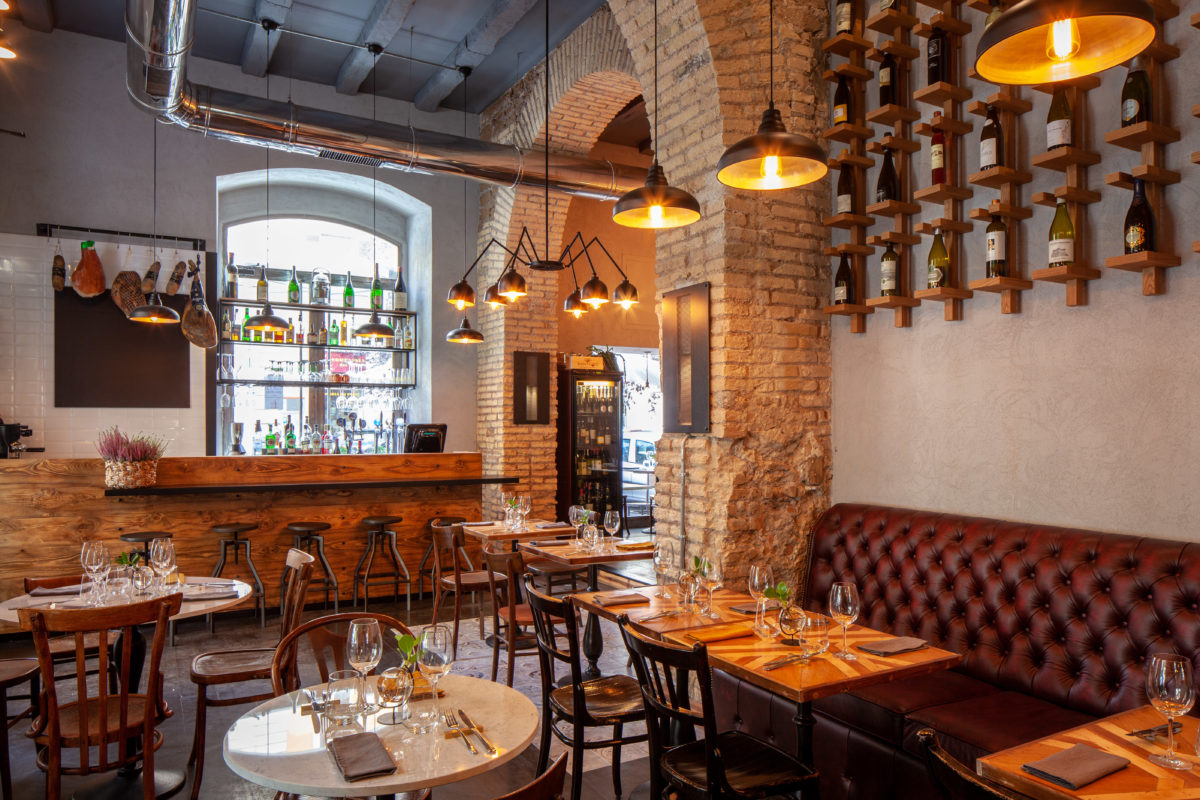 In front of the exposed brick wall stands a black steel bar that also includes rough-hewn wood; other surfaces are made of white marble while the dining tables are made with parquet floorboards salvaged from farmhouses in Ferrara.

In the kitchen is Francesco Bello, the twenty-eight year-old chef who not only proposes a cross-pollination between his native land, Apulia, and his adopted region, Lazio, but always keeps an eye on the products of many other Italian territories, from Sardinia to the Veneto, from Piemonte to Basilicata to Campania. His dishes feature capocollo from Martina Franca, stracciatella from Andria, the drunken cheese of Caldera from the Veneto, the hot crusco pepper from Senise, the fassona beef from Piemonte, to name just a few of the gourmet ingredients from the kitchen at “TAVOLA”. His most famous dishes are the breaded codfish, served with Roman gazpacho made with the addition of pork jowl, pecorino cheese and crusco pepper from Senise, the beef tagliata with smashed rustic potatoes and oil from Apulia, arugula pesto and drops of parmesan fondue, the Roma-Martina orecchiette, a reinterpreted “gricia” made with broccoli tips. 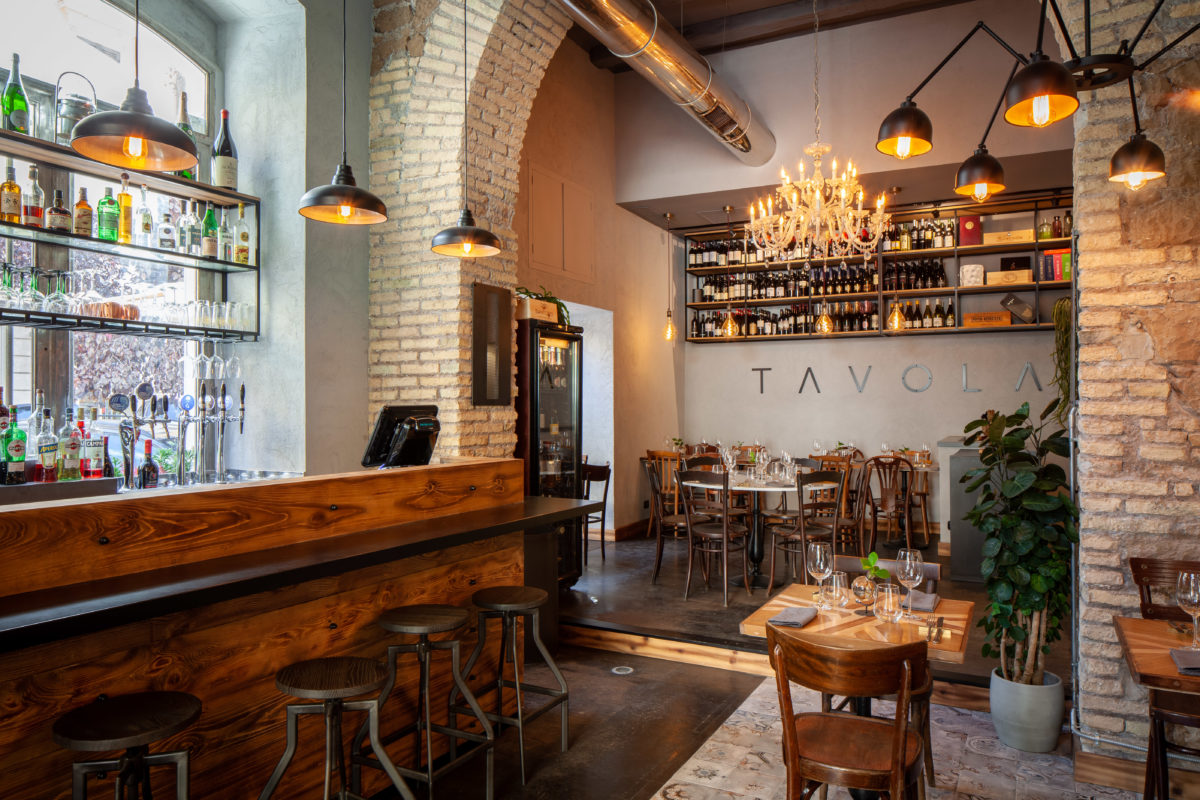 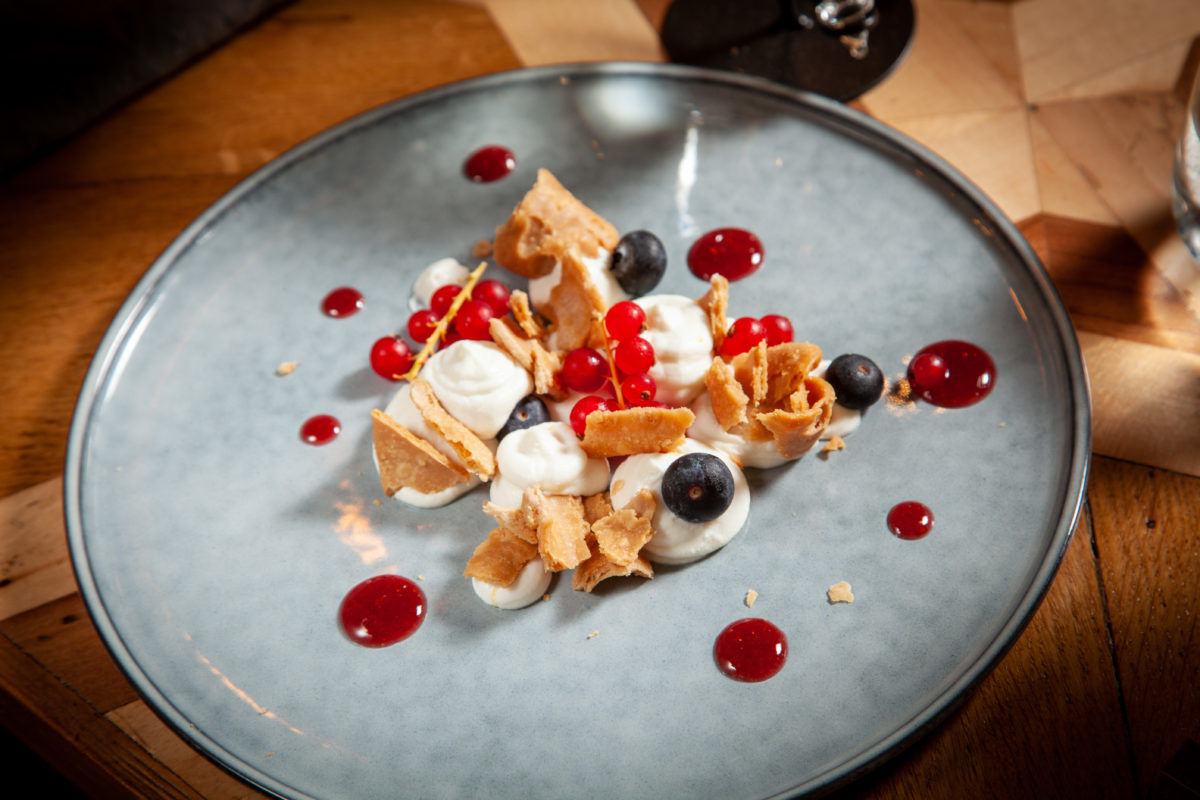 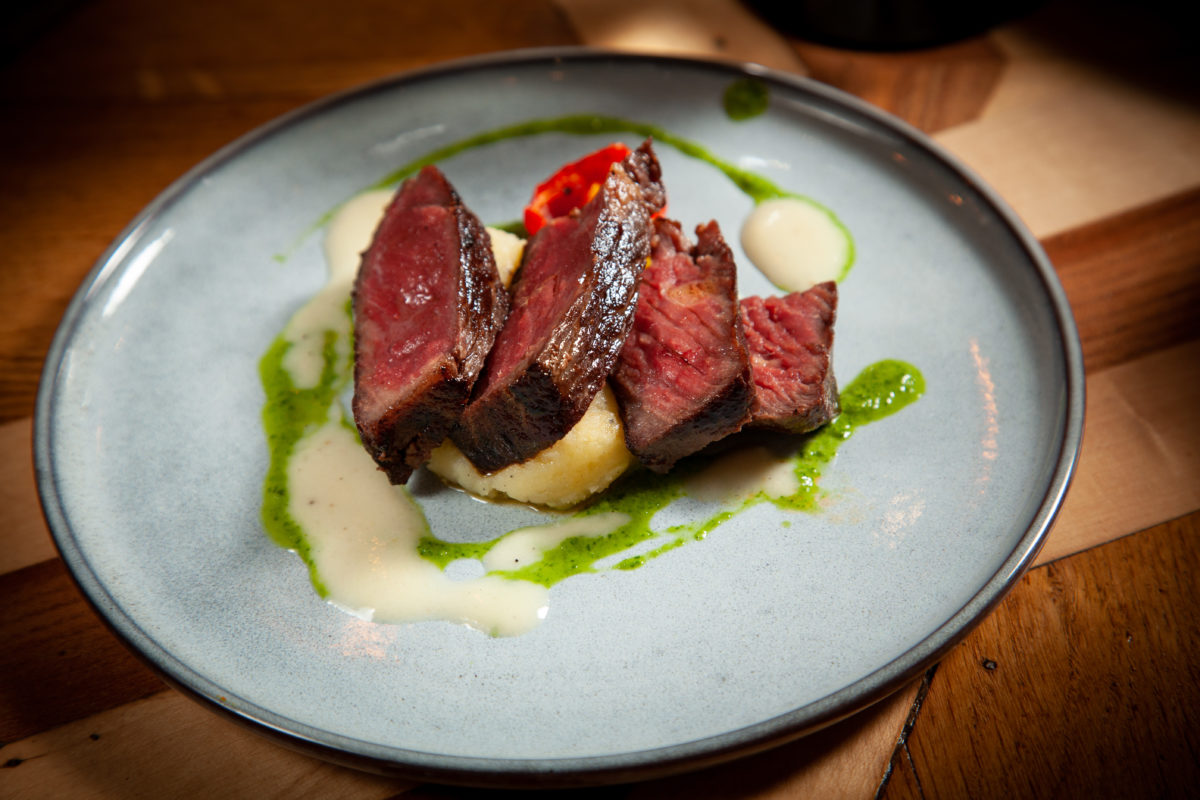 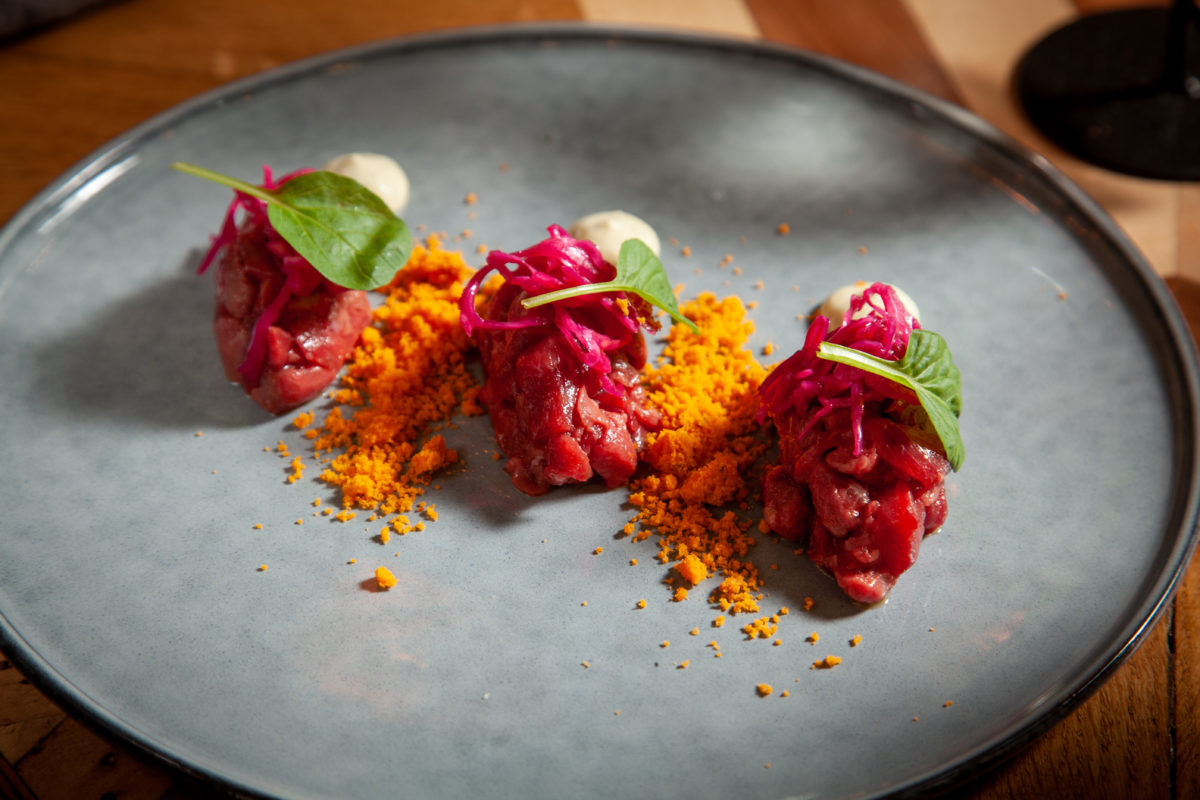 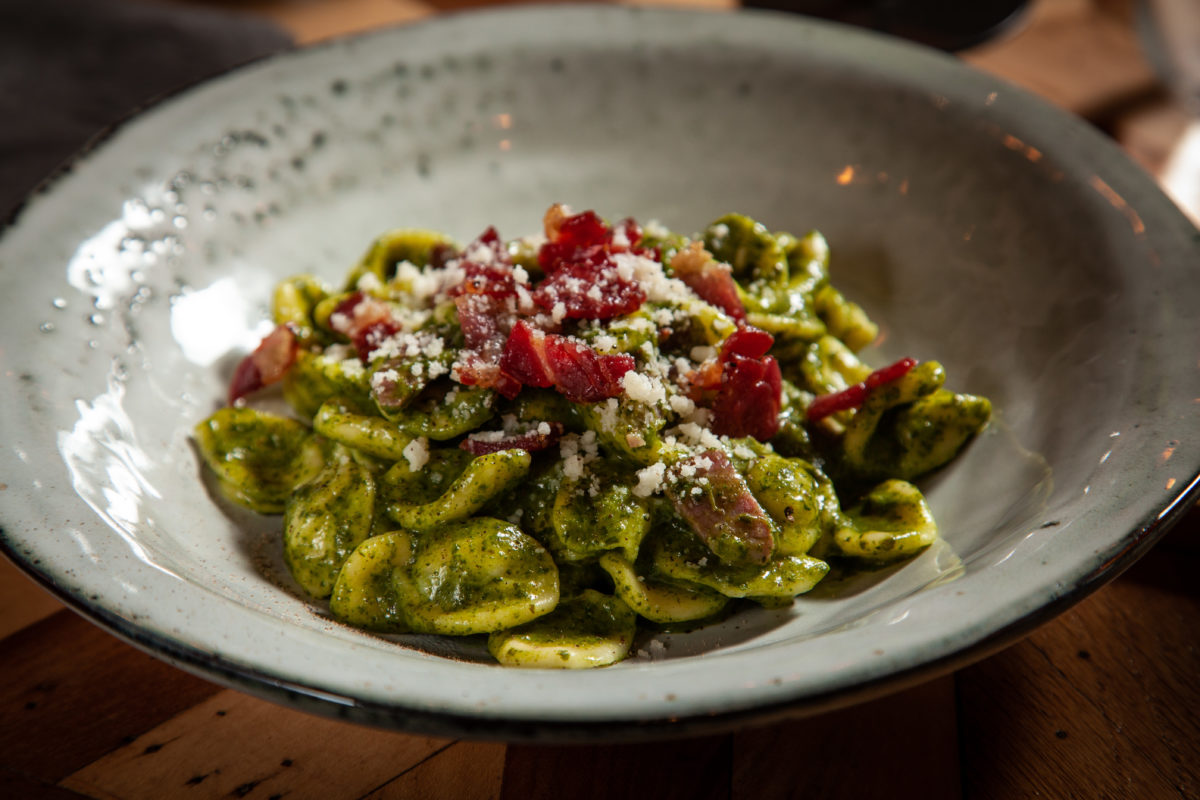 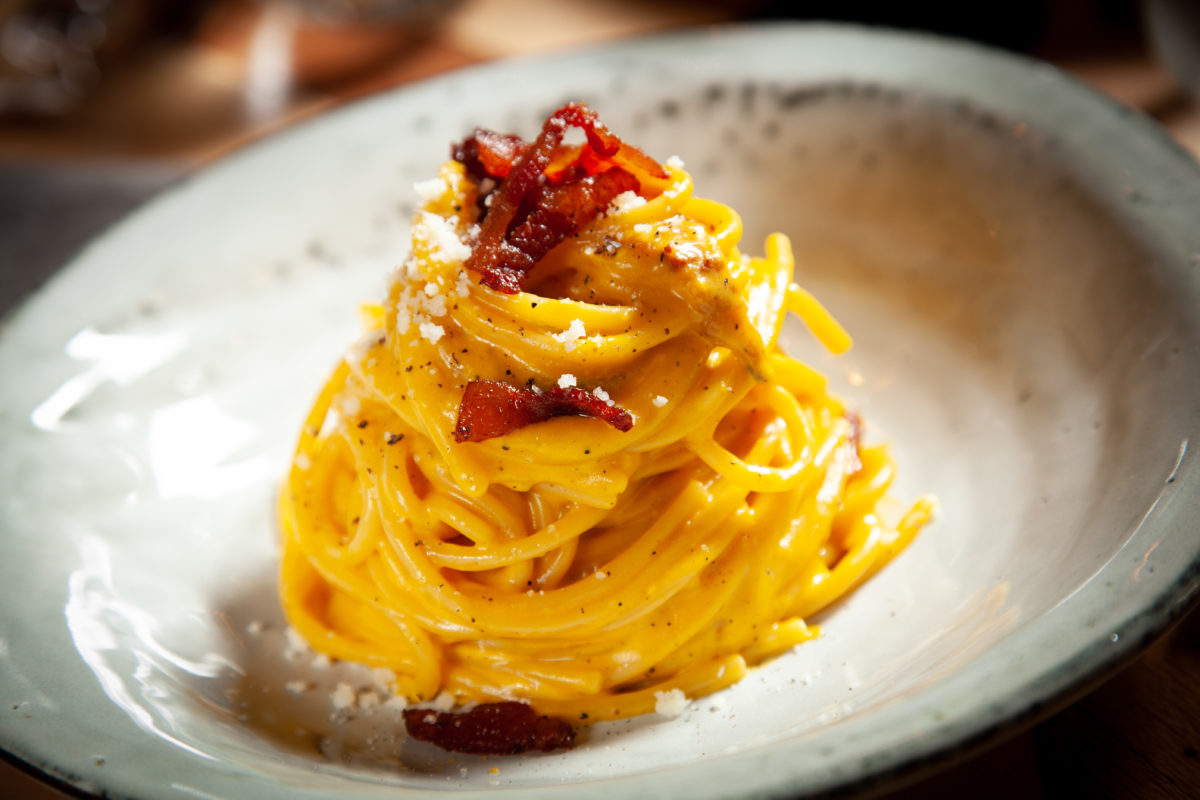 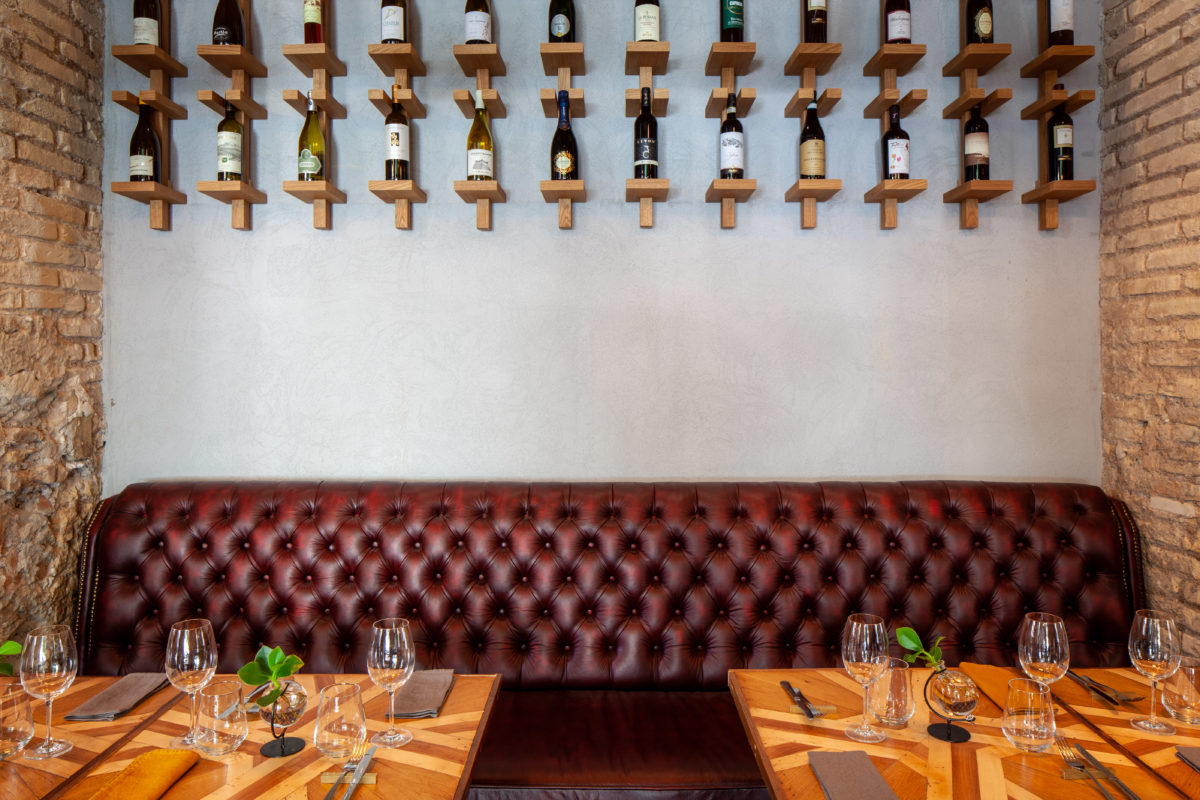 After completing his studies, Francesco Bello tied his professional experiences to the name of Andrea Berton, whom he met at the “Ristorante Trussardi alla Scala” in Milan, and Alessandro Nigro, then the chef of the “Ristorante La Lanternaia” at the Relais Histò in Taranto. Before coming to “TAVOLA”, he worked for other restaurants between Polignano a Mare and Rome.

Two recommendations when you visit “TAVOLA”: except for the pasta dishes, from the antipasto to dessert you can order a “tasting menu” (valid only from happy hour to dinner and with a range of different prices), which means you can try a bit of everything. For those who wish to have a light lunch without giving up taste, there is the “office formula”, which consists in a single dish that has a grand total of 400 calories. For a healthy and tasty meal.