In Grottaglie, artistic ceramic pieces commissioned by the great chefs. The secret: to always consider the object in relation to the surrounding landscape

Plates in the contemporary style? Don’t be surprised if behind them is the name of an architect, for more reasons than one. Most of them are often all-around creatives, who can give form not only to a house, a museum or a vineyard, but also to a variety of objects with the widest range of functions – from handbags to earrings, from brooches to clothing – creating brands that are remarkably successful. Many of them have developed a passion for cooking – it is no coincidence that cuisine is also the result of creative design – and leave their profession, or sometimes don’t even embark on it, to dedicate their careers to cooking with the aim of opening a bistro, a restaurant, or commercial ventures in which they sell the products of their creativity. It happens more frequently than one might think. 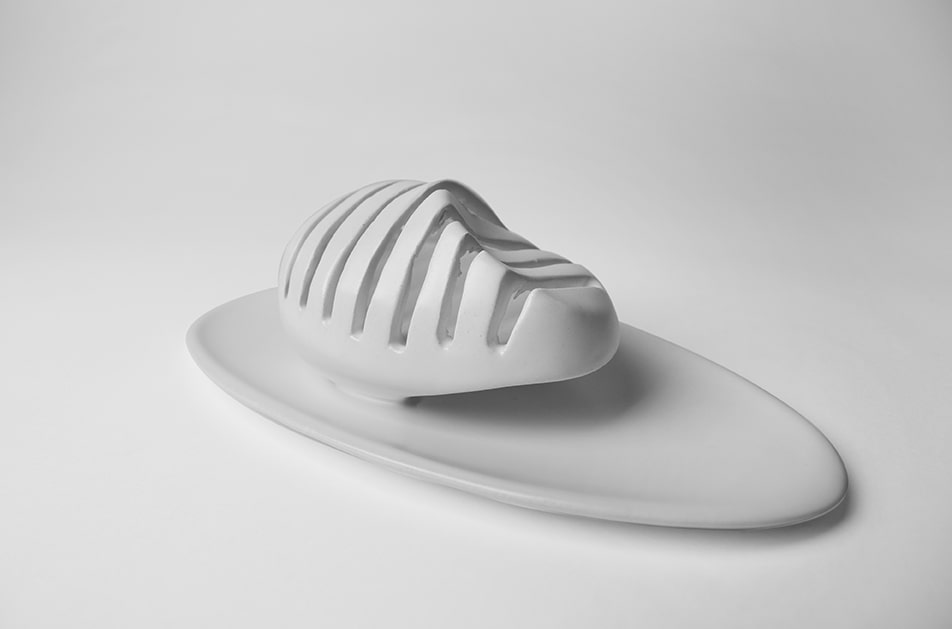 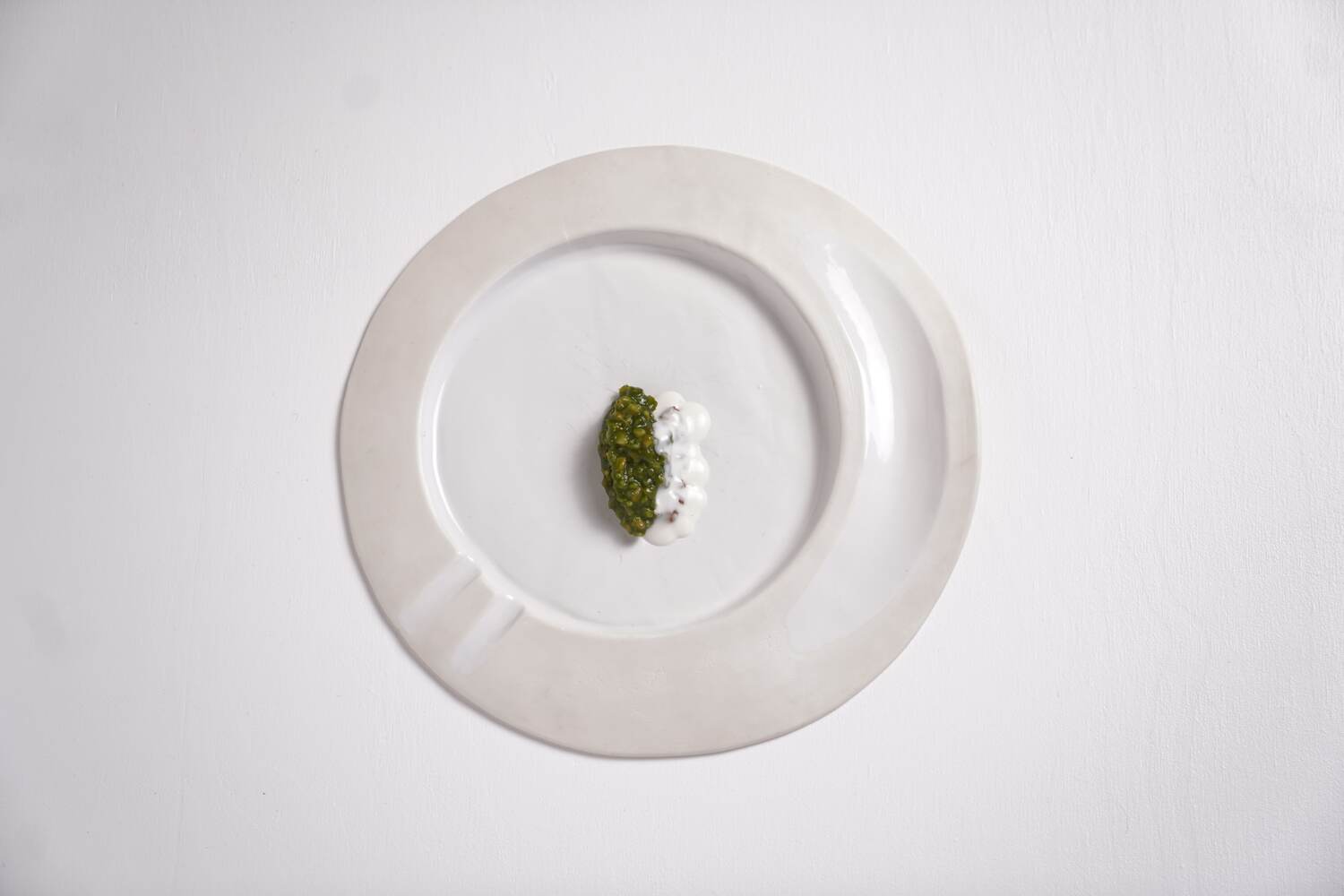 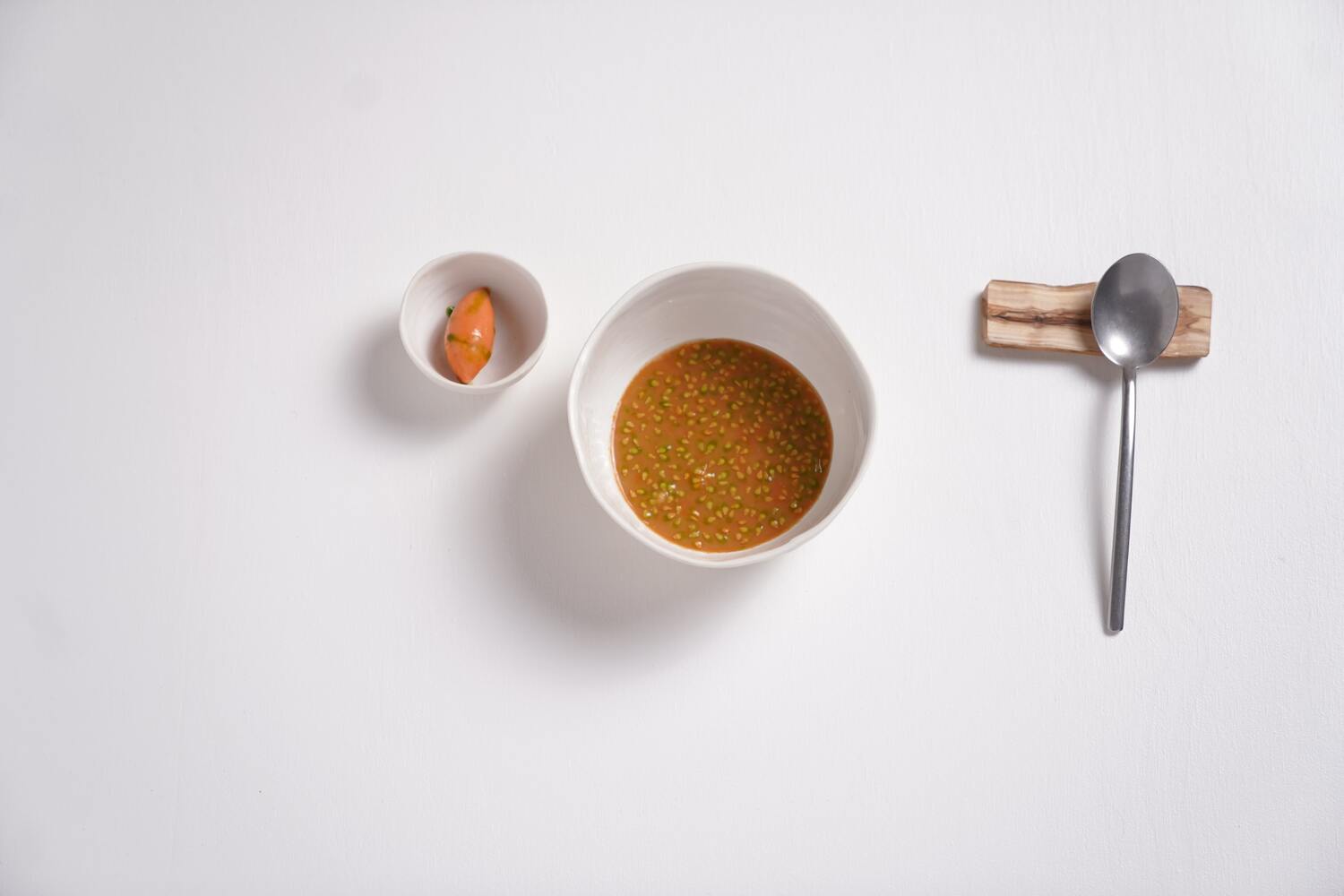 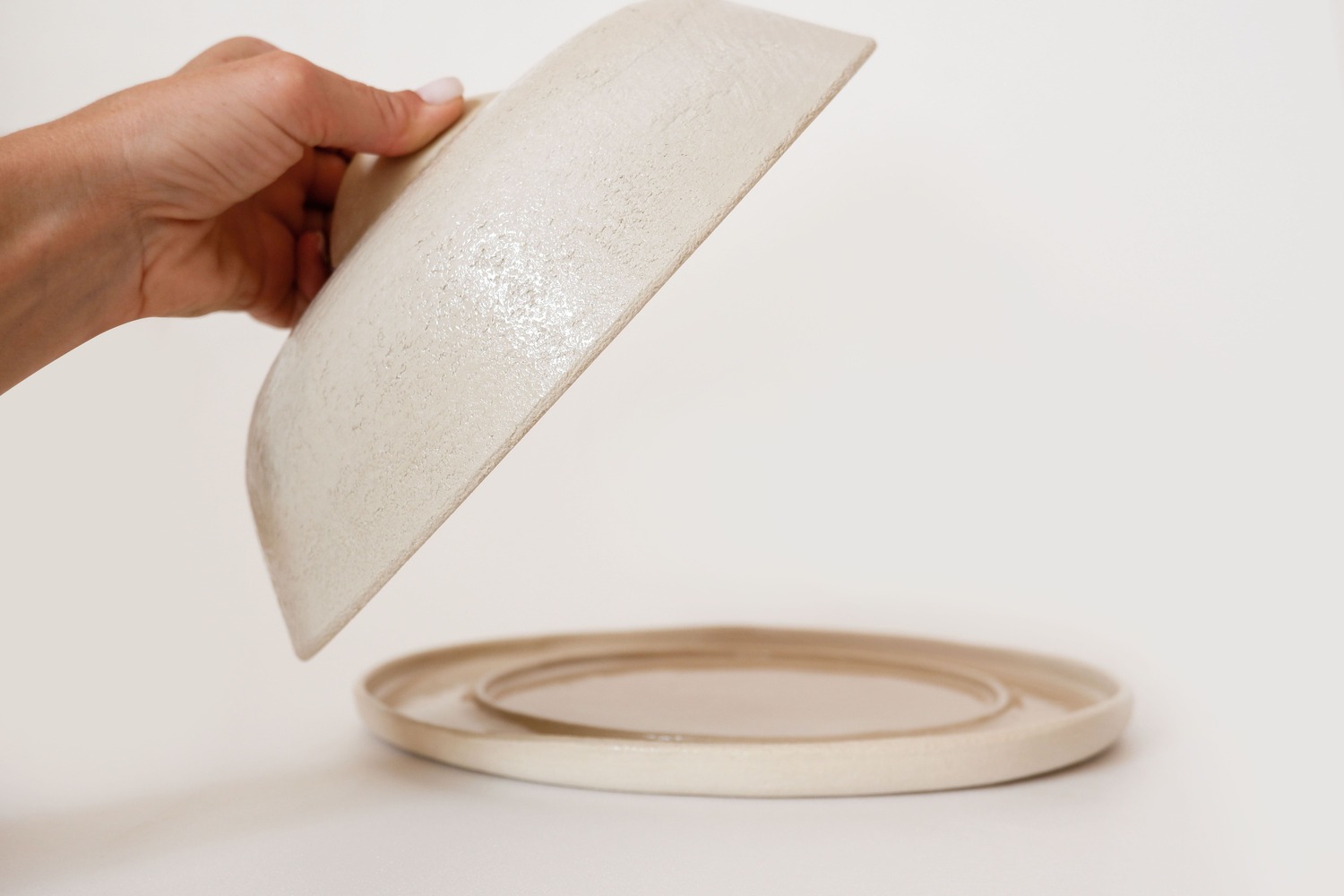 The story of Vincenzo Del Monaco and his artistic tableware is a story that well describes the versatility that is certainly not the exclusive domain of architects, though it often involves them. After graduating in architecture in 2006 from the Università La Sapienza in Rome, Del Monaco worked for important design firms nationally and internationally, for example the Fuksas studio in Rome and Coop Himmelb(l)au in Vienna. Just three years later, however, he decided to return to his hometown, Grottaglie, with the intent to experiment and develop a repertoire of works in the field of artistic ceramics, based on the tradition of this craft and its potential future development in the third millennium. Since he was a child, in fact, he was steeped in the art of ceramics and sculpture in the family atelier. That atmosphere and those memories remained in his heart and at a certain point, years later, he could not help but return to that world, bringing with him the culture and manual skills he had developed in the meantime through his studies and experiences.

A plate is like an urban space. It starts with a narrative theme then filters it in lines

«I am supported in this endeavour by my training as a designer – explains Del Monaco. Thus, when I am asked to make a plate, I open the drawers of my mind, where I keep the artistic or natural lines that have struck my imagination, and begin to develop the surfaces, just as if these were architectural processes. My experience with Fuksas also helps me when I have to consider the technical aspects of tableware, such as stacking, being dishwasher-safe, their size in relation to the table, the last dimensions that need to be satisfied. This is where the abstract concept meets the material quality of the location».

His creations are highly successful today. And so, if he once worked with famous architects, now his art brings him the appreciation and commissions of important chefs for whom he conceives plates and tableware that can dialogue with the food and philosophy of the restaurant. Prime among them is Andrea Berton, the Michelin-star chef from the Friuli region who trained in the finest restaurants in the world (Mosimann’s in London, Enoteca Pinchiorri in Florence, Louis XV in Montecarlo), before opening his own eponymous restaurant in Milan. In 2012, while traveling in Puglia, the chef noticed some of Del Monaco’s pieces and decided to visit his atelier. This meeting led to the proposal to create a selection of objects for an innovative “mise en place” that would respect the style of the chef’s cuisine. «When he inaugurated his restaurant in Milan, says Del Monaco, he pointed to the park in front of it designed by Cino Zucchi, which featured highly sinuous lines similar to the dunes in a desert, and told me: “I would like placeholders that look like that”. That was how the idea of always relating the object to the surrounding landscape was born». 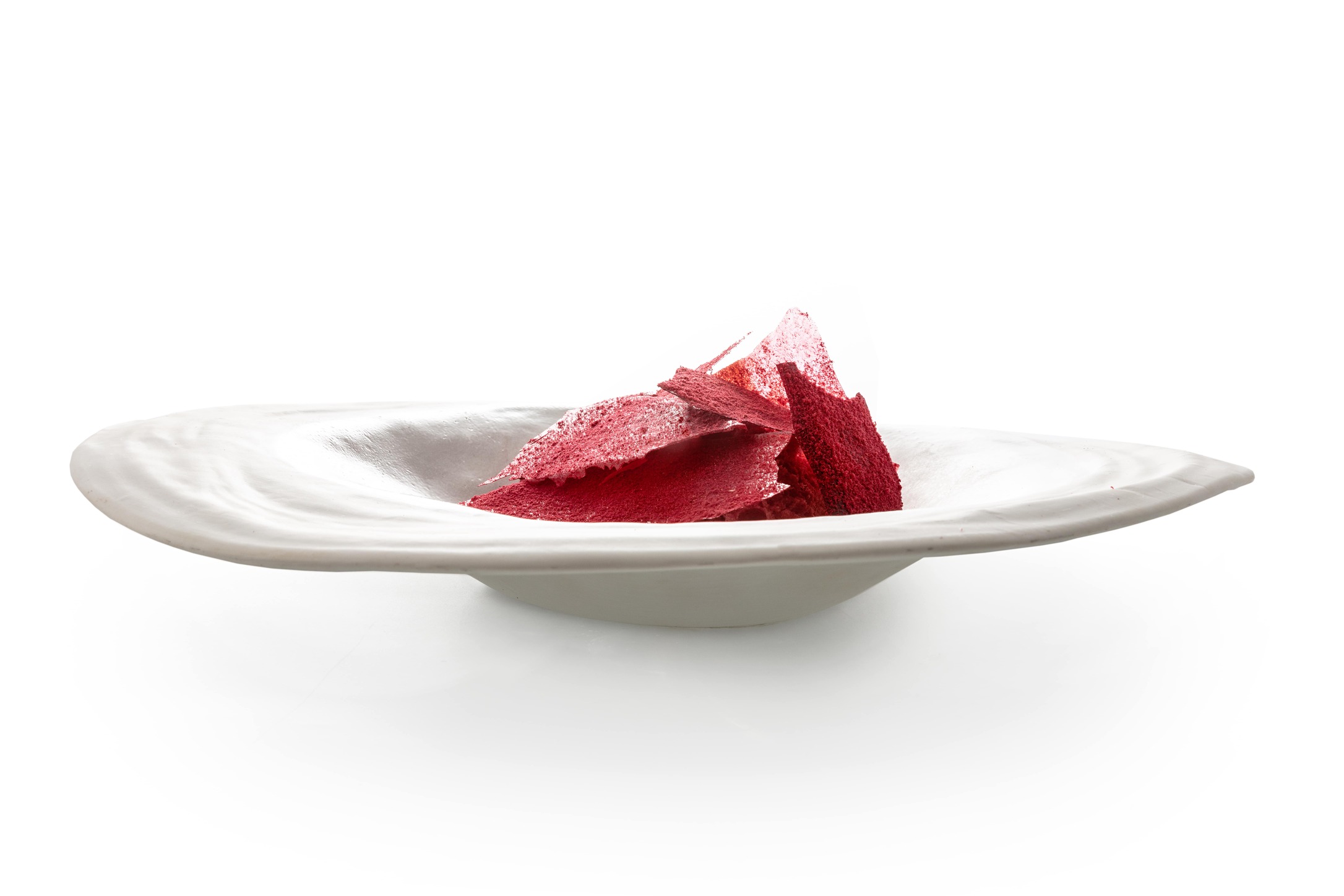 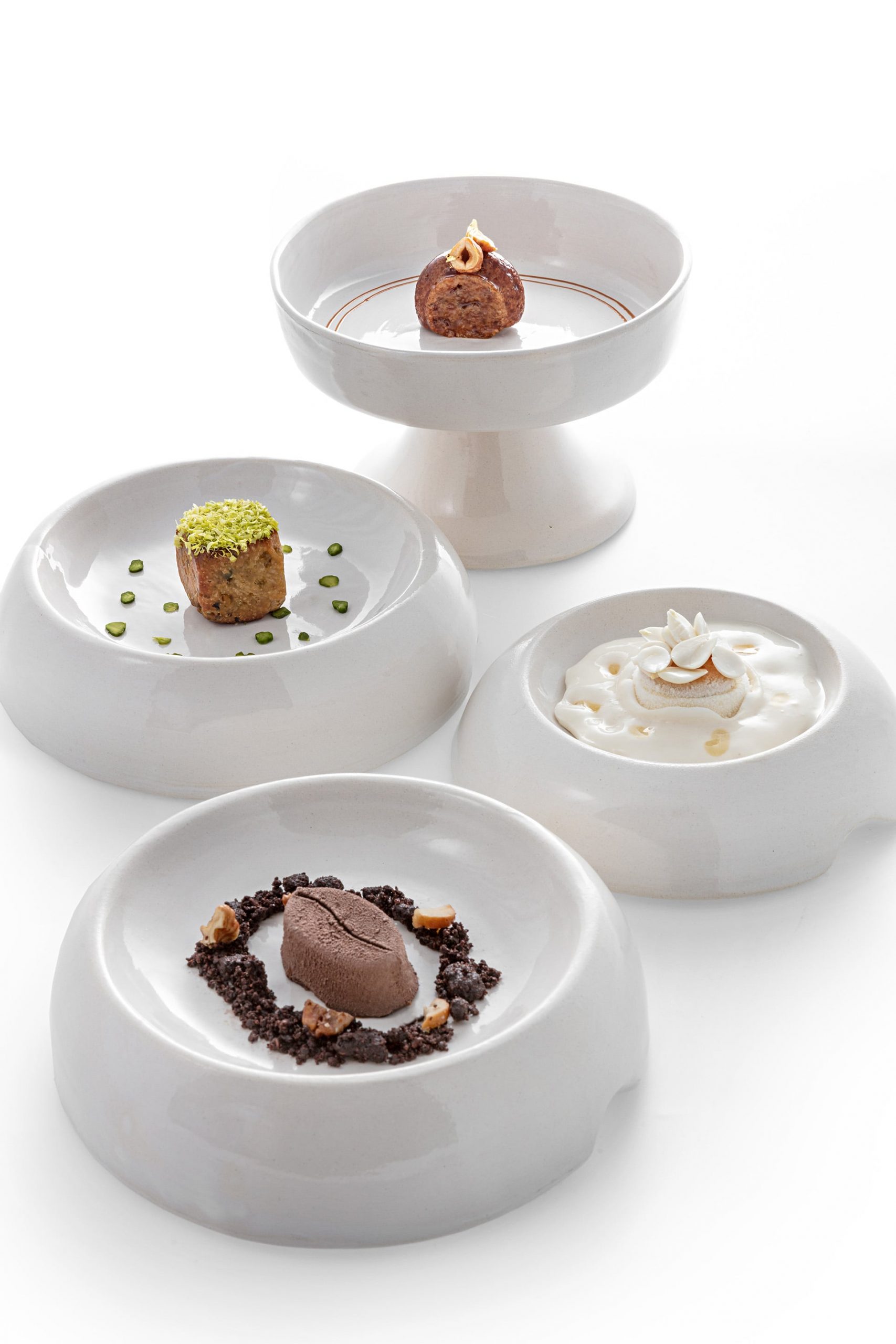 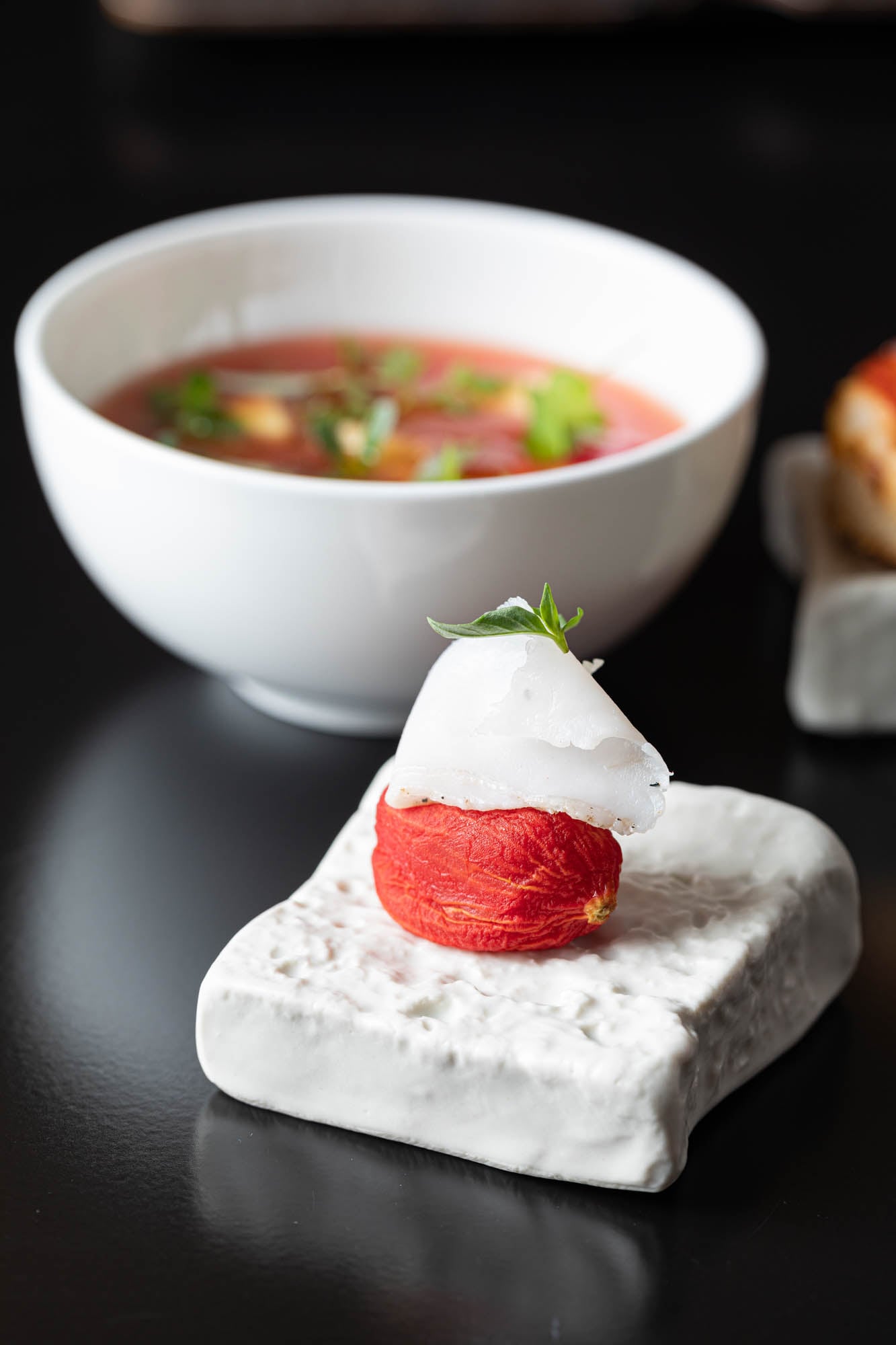 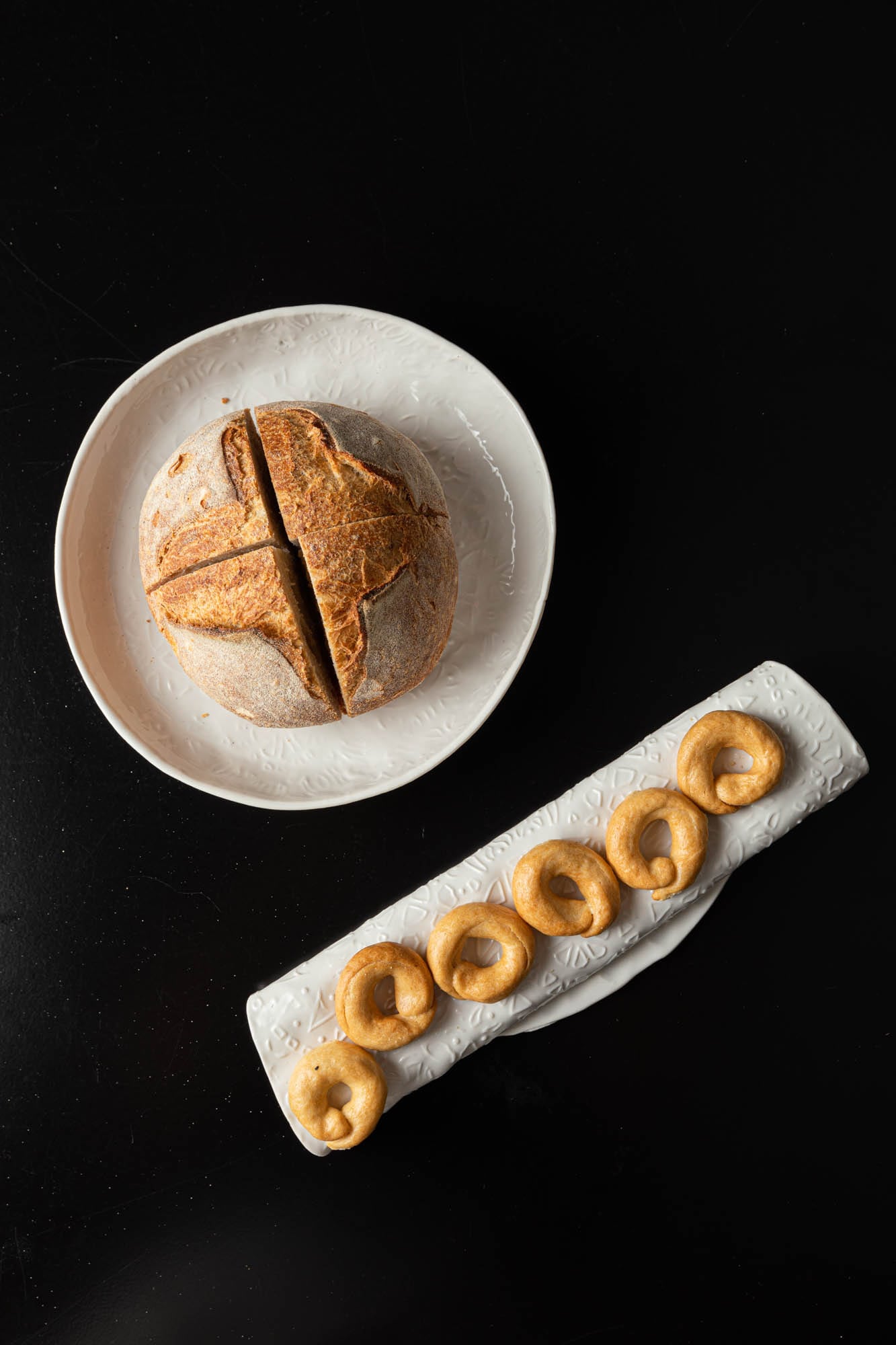 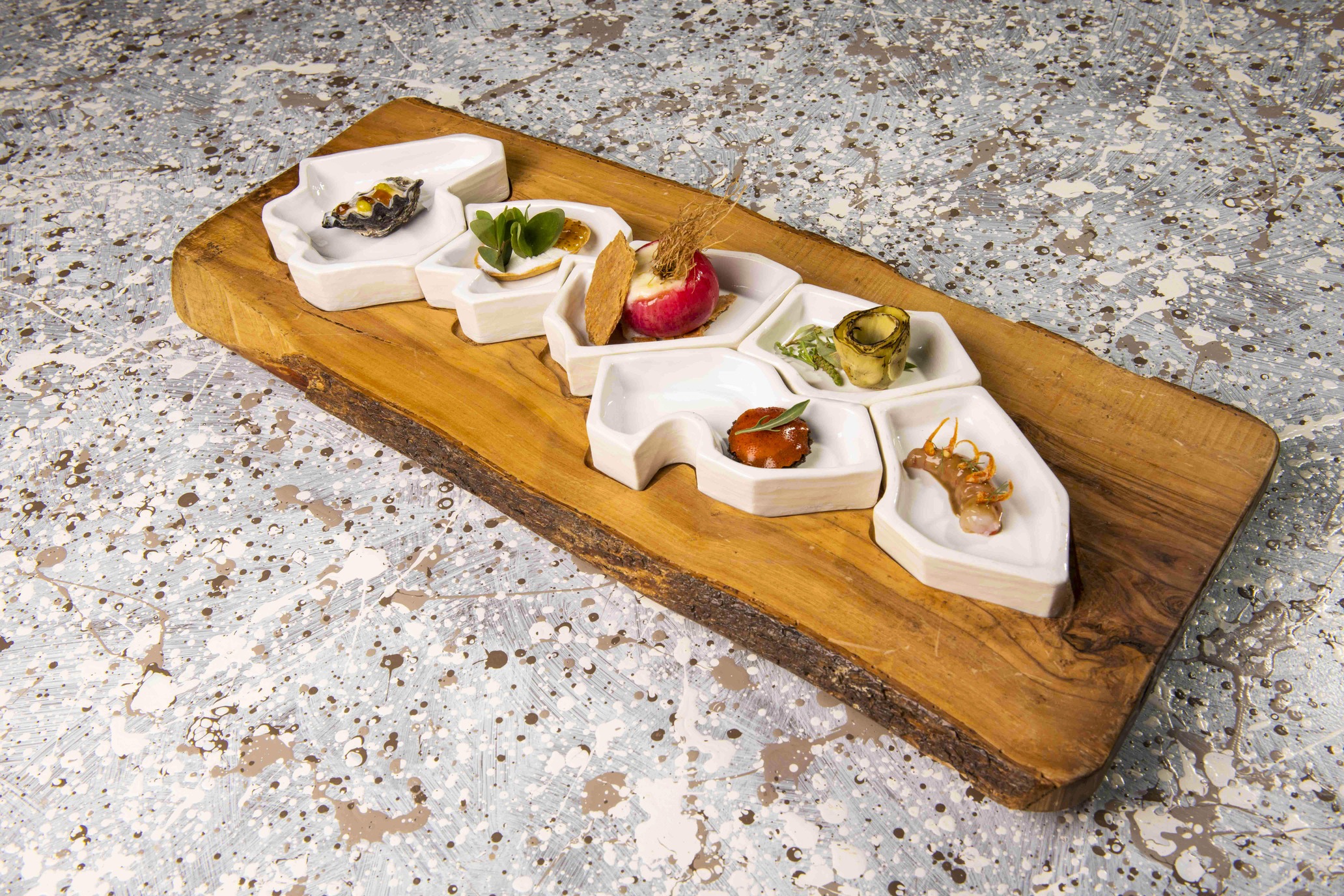 Ever since, his creations have been appreciated by many Michelin-star chefs.

For Domingo Schingaro, chef at the Due Camini in Borgo Egnazia at Savelletri di Fasano, he highlighted the themes of Apulian identity with the irregular textures of Tufo stone. On that occasion he made the first set of “stitched” plates that interpret the values of humble Apulian culture. And the “Apulian Tray”, a free-form wood tray reminiscent of the geographical shape of the Apulia region and that holds six containers (one for each province), each of which carries a speciality typical of each geographical area.

The success of the collaboration between the chefs and Vincenzo Del Monaco attracted the attention of Felice Sgarra of Casa Sgarra in Trani, of the Angelo Sabatelli Ristorante at Putignano, of Antonio Zaccardi at the Pashà restaurant in Conversano. And with Floriano Pellegrino and Isabella Potì of Bros’, in Lecce, his work lies on the edge between experimentation and provocation, making receptacles for small pastry, pasta plates, bowls and pitchers. «There is total trust between us, explains Del Monaco. They adapt to my shapes. The only condition is “the stranger, the better” to reflect the extremes they reach with their experimentation into food that goes beyond gourmet».

Vincenzo Del Monaco’s creativity is not limited to Italy and has flown across to Hong Kong, where for Michelin-star chef Antimo Maria Merone’s Estro restaurant he conceived a complete set of over six hundred pieces including dinner plates, bowls, dessert plates, oil cruets, a container for caviar, and serving bowls. But the signature pieces in the collection are the trilobe bowls: made in two sizes, they bring a Mediterranean aesthetic concept onto the tables of the Orient. This time Del Monaco’s creations are also in the service of interior design: the walls designed by André Fu Studio also feature porcelain leaves.

Vincenzo Del Monaco is currently working on a concept for “Crypta”, a plate conceived to hide the food from view. «Over the years, through various collaborations, I have learned to think like a contemporary artist, seeking meaning in opposites, or even in provocation (…). Disrupting ordinary systems is a legacy I bring with me from the Coop Himmelb(l)au studio in Vienna, which worked on the radical theme of architectural deconstruction. That led me to the idea of a plate that conceals the preparation, exactly the opposite of what it is used for».