Street art is becoming a protagonist in the contemporary art market. It attracts fans, collectors, investors; it is the choice of public administrations when intervening in urban contexts; it becomes a vehicle for narrating events when it is not the focus itself (as in the case of FestiWall, shown in these images of the completed works). 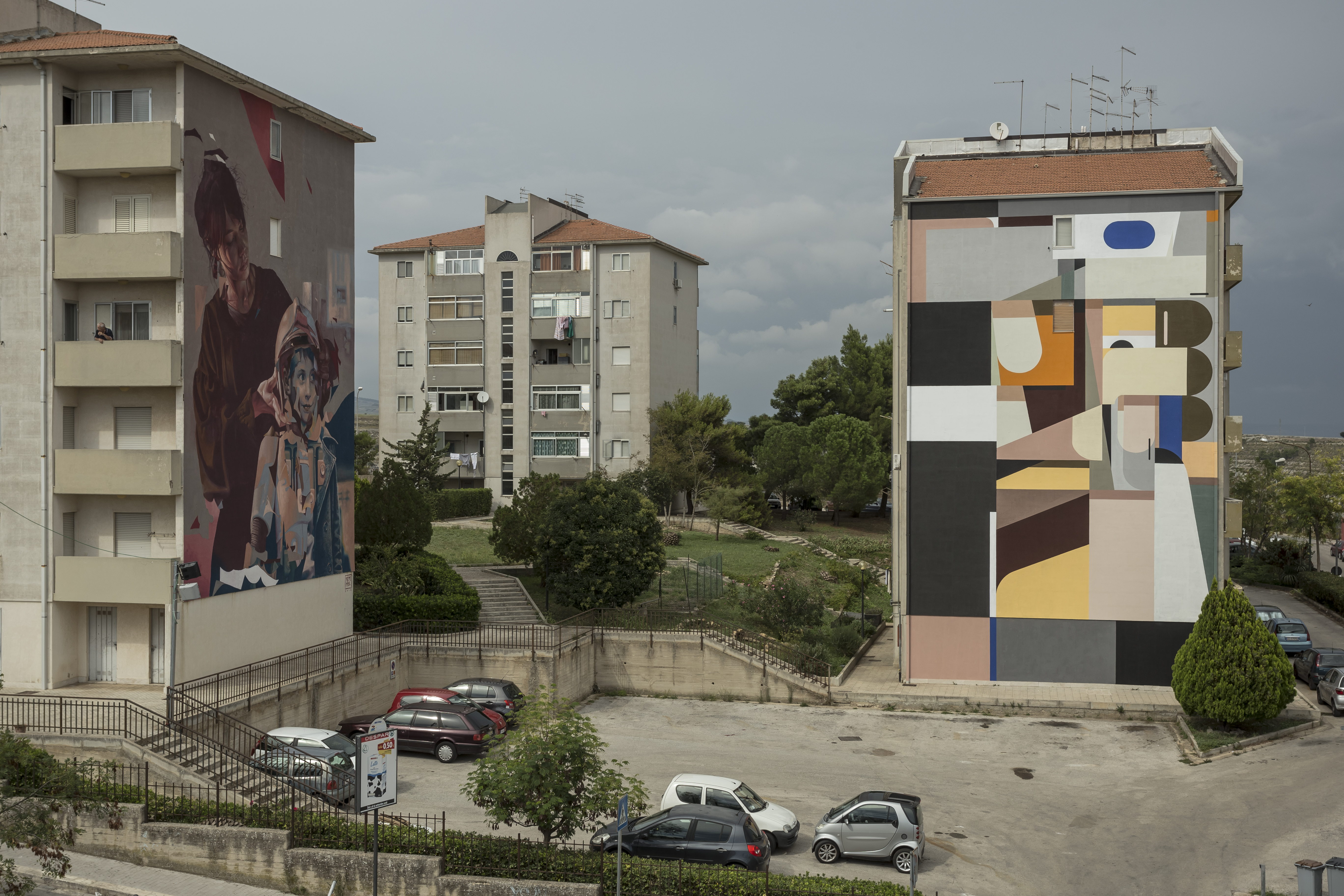 In chronological order, the latest example is the Barcolana50. For the 50th anniversary of the historic regatta in Trieste which reached a total of 1700 registered participants, a maxi-mural was painted at Rozzol Melara: a way to bring the sea into a suburban area of the city, built entirely out of reinforced concrete. The gift from the Barcolana funded the work by local artist Davide Comelli in Trieste. This city is not new to the choice of street art to revitalize urban areas: this summer it was the site of the Chromopolis project, co-funded by the European Social Fund and the Regione Friuli-Venezia Giulia – Central Direction for Employment, Training, Education and Family, a project conceived for the so-called “Neets” and developed by Edilmaster, in a partnership with UTI Giuliana and the Cooperativa Sociale Duemilauno Agenzia Sociale, with the collaboration of PAG – Progetto Area Giovani in the City of Trieste. 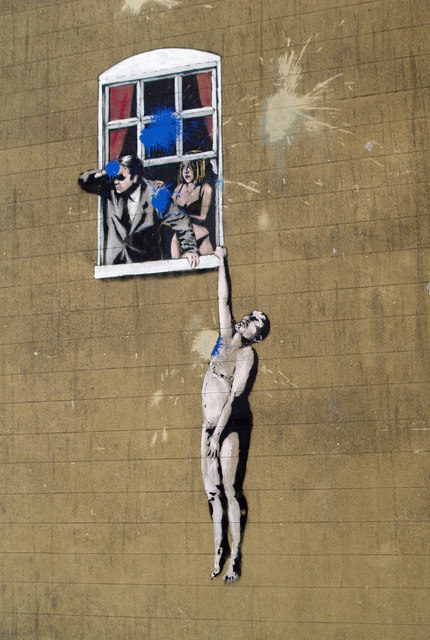 The parable of Banksy became globally relevant with the spectacular destruction of his work (the girl with the red balloon), sold at auction by Sotheby’s last October 5th for a million pounds.

«The Banksy phenomenon has certainly encouraged an entire generation of young artists, explain lawyers Annapaola Negri-Clementi and Gilberto Cavagna di Gualdana, of the Negri-Clementi law firm, on the occasion of the conference titled Street Art between Law and Market held at the end of September – which received significant support and encouragement from art galleries and auction houses which have begun to believe strongly in this “new” art form. Today other street artists have achieved and continue to register significant market appreciation, artists such as Osgemeos, Invader, Speedy Graphito, Richard Hambleton, Atlas and JR».

Among the auction houses, a pioneer and leader in the field is the French auction house Artcurial, which has dedicated sessions to Urban Art since 2006 and as of today, has 54% of buyers around the world; in Italy, the galleries include Wunderkammern Gallery and Deodato Arte.

Street art not only influences the contemporary art market, it is a protagonist, attracting fans, collectors and investors from around the world 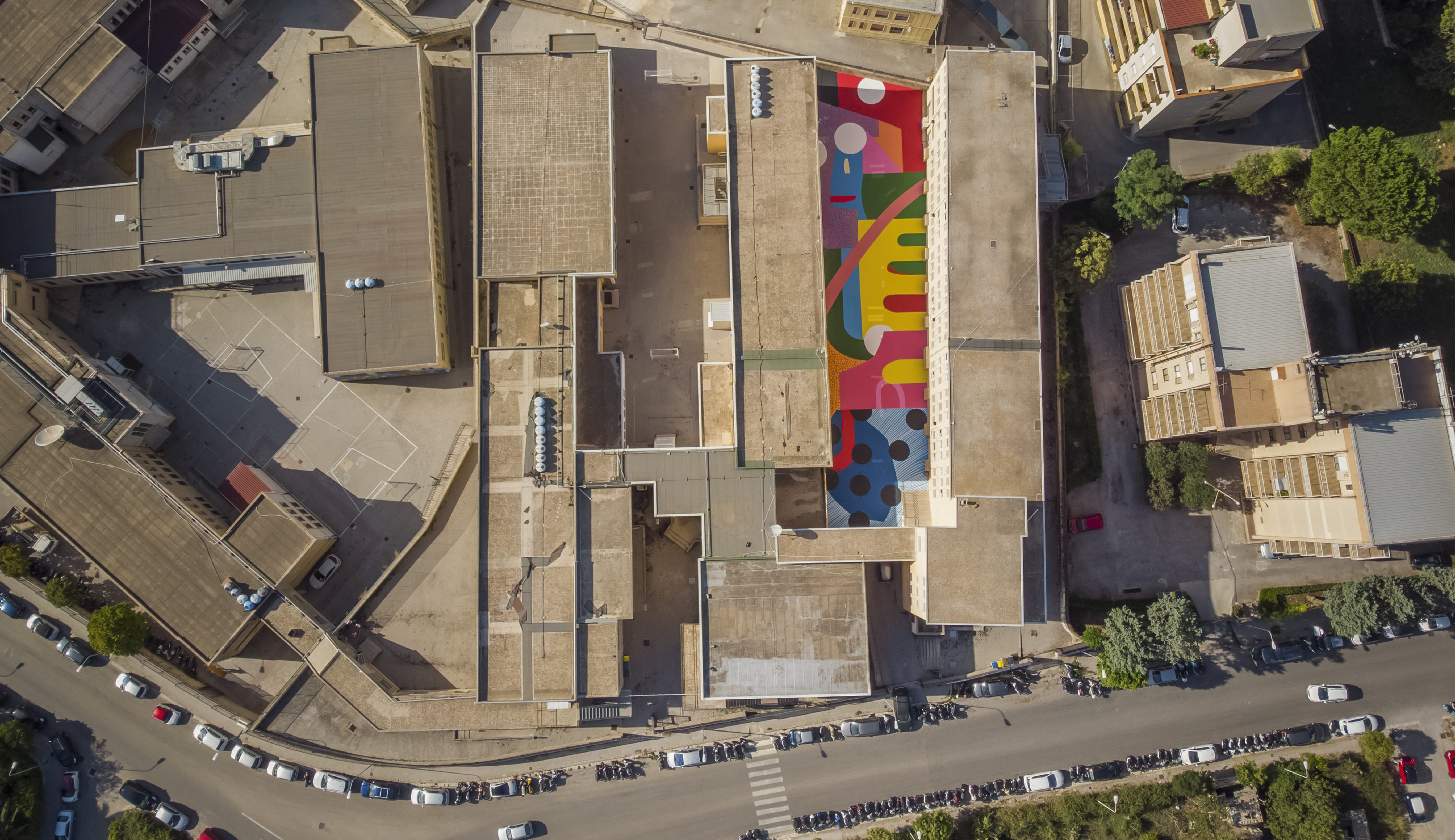 While it is not possible to establish an objective correlation between street art and fluctuations in real estate values influenced by variables such as the artist’s fame, technique or the genesis of the work (which may or may not classify it as a “legitimate” work), for the two lawyers the influence may be proved by observing concrete case studies. One emblematic case is that of the murals painted by Keith Haring in Tribeca in New York. A wall of a former warehouse and freight storage building was painted by Haring before the zone became a “luxury residential” area in the 1990s, and the warehouse was renovated into a series of luxury lofts costing 10 million euro each: the mural looked like it had “defectively defaced” the building and was obliterated. 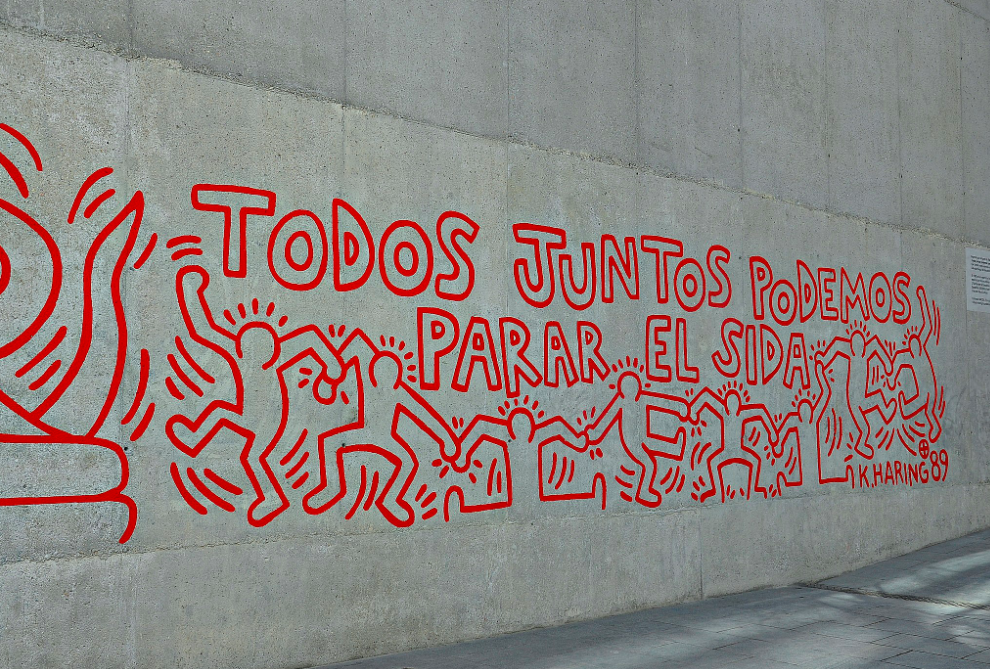 Years later, when Haring had acquired a reputation as an artist, the apartment with the mural was put back on the market and fortunately, the restoration process brought the work back to life: real estate professionals and art galleries spread the news and the building, the value of which rose significantly, is now identified in Internet as “the loft with an original work by K. Haring”.

«Private collectors have increased over the years and some of the works have attained considerable market values and – explain the lawyers from the Negri Clementi law firm – like other figurative art works, the works by street artists are investment opportunities with variable-risk (depending primarily on the artist) and high aesthetic dividend». 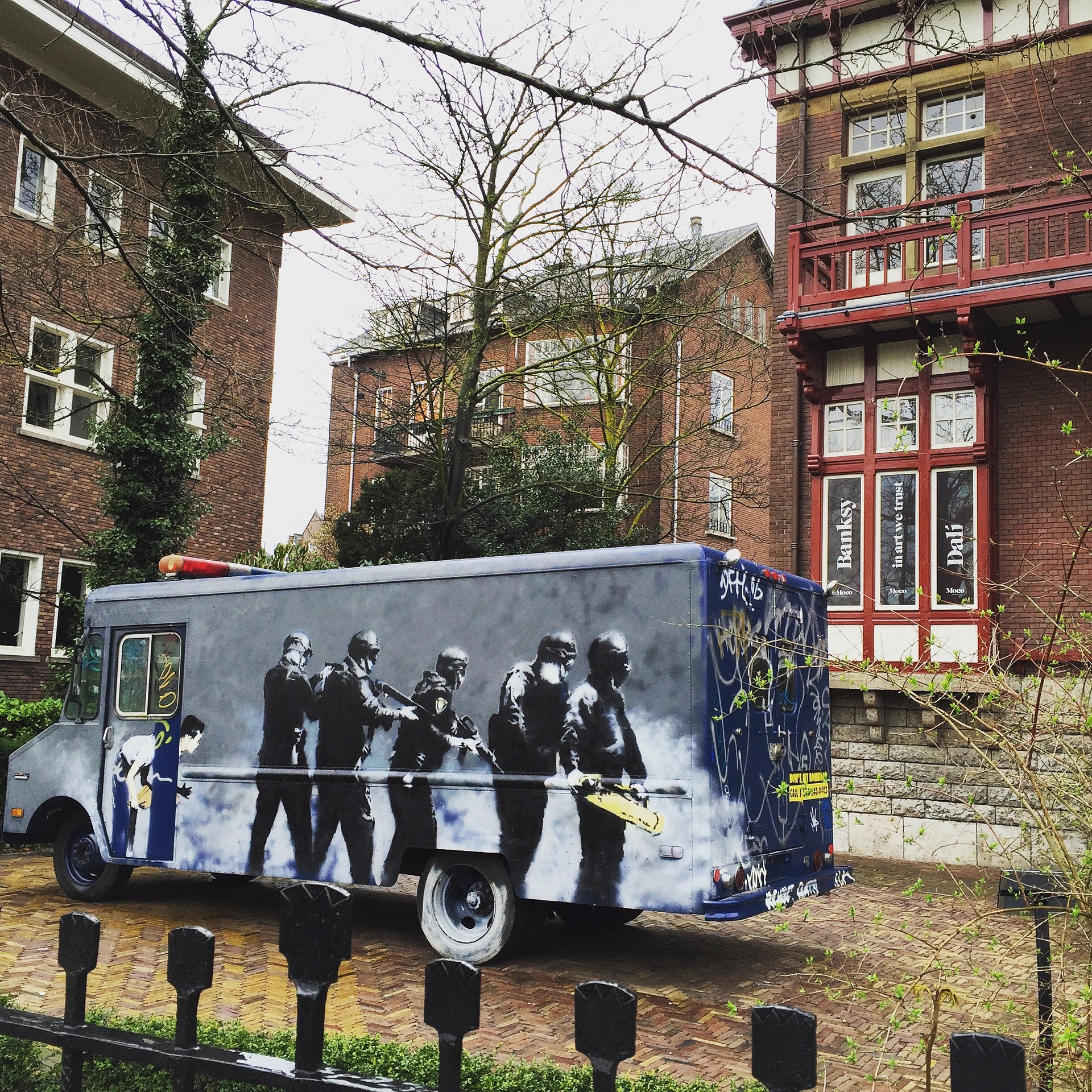 A means, the two professionals note, «of investment to enhance the city and in particular suburban areas that witness difficult social and economic situations every day. This is not just a question of aesthetics or the decoration of urban spaces: it is estimated that a mural painted by a famous street artist can increase the value of the building it was painted on up to 20% and become a factor in deciding on the purchase of a home».

East and West dialogue in the Zwilling flagship store in Shanghai