Alter Schalchthof, an enchantment venue between memory and the contemporary world

For those who appreciate the liaison between architecture, food and culture, there is a place in Bressanone that is definitely worth a visit for breakfast, lunch, happy hour or dinner. And those who fall in love with it can also stay overnight in the lovely six-room bed and breakfast on the top floor.

There are two stories behind this most special of places, closely linked to one another: on the one hand, Elisabeth Tscholl, a native of the Alto Adige region who studied education in Innsbruck, worked professionally in the tourist industry and is now a nutritional coach; n the other, the story of Claudia Unterhauser and Hendrik Liebich of the firm IMOYA Design & Architektur, winners of the competition to renovate the local former-slaughterhouse built in the mid-nineteenth century and closed in the mid-twentieth century. At a certain point, the two stories intertwine. 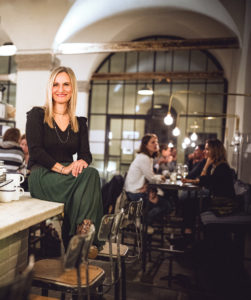 Elisabeth and her husband long dreamed of creating a special place, something the city had never seen before, which would serve the finest quality locally-produced food and wines and where the atmosphere would be enriched by cultural events. A «parlour for the community, a meeting place for mothers and farmers, office workers and artists, locals and travellers journeying through Alto Adige» says Lissi, as Elisabeth – now the managing director of the structure – is called by her friends. The two, along with another partner, found the former slaughterhouse to be the ideal venue, and “sat down at the drawing board” with Claudia and Hendrik to present a gourmet concept which won them the concession to manage the building.

This was the genesis of “Alter Schlachthof”, an enchanted place suspended between the memory of the building’s original vocation and the contemporary atmosphere of its new identity. The space maintains several traces of the former slaughterhouse – its history remains legible throughout – in the steel beams that underpin the vaulted ceiling, the stone floors, the white ceramic tile of the perimeter walls.

What is entirely new is the interior decoration, designed by the architects using a stern approach that favours bronzed steel and fabrics in shades that range from grey to steel blue. Many of the details, such as the lamps, echo the vintage atmospheres.

We wanted a project that could foster culture and curiosity. A place to enjoy that makes you feel good

It was to remain the “old Slaughterhouse” but with a new soul. «That was the only way – say the designers – that it could maintain credibility and identity. Transparency and openness were driving factors in our choices: from the open kitchen to the design of the furniture and open shelving». 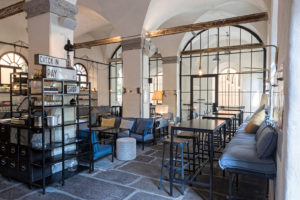 In less than two years, the “Alter Schlachthof” has already won the international award “Bar/Ristoranti/Hotel d’Autore” organized by IN/ARCH – Istituto Nazionale di Architettura, and was selected as one of the best projects built in the Alto Adige region over the past six years (in the exhibition “Recent Architecture in Alto Adige 2012 – 2018” now at Merano Arte through January 13th 2019).

The kitchen is run by a young team led by Hanspeter Pardeller, a chef from Bressanone who travelled the world before returning to his mountains and valleys. He offers not only dishes from the Alto Adige tradition, but an innovative cuisine as well, based strictly on local organic products. The menu also includes dishes for vegetarians and vegans. 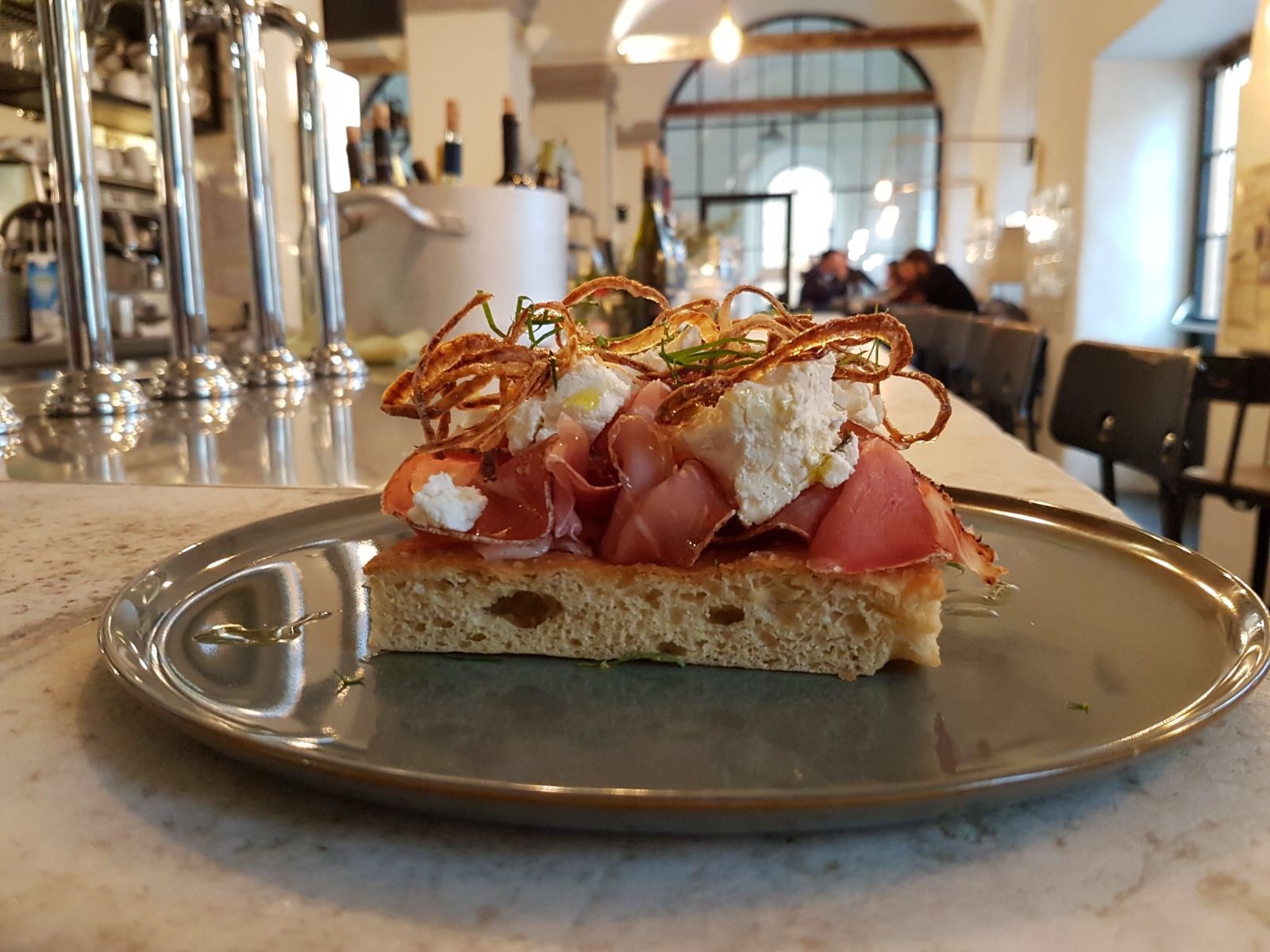 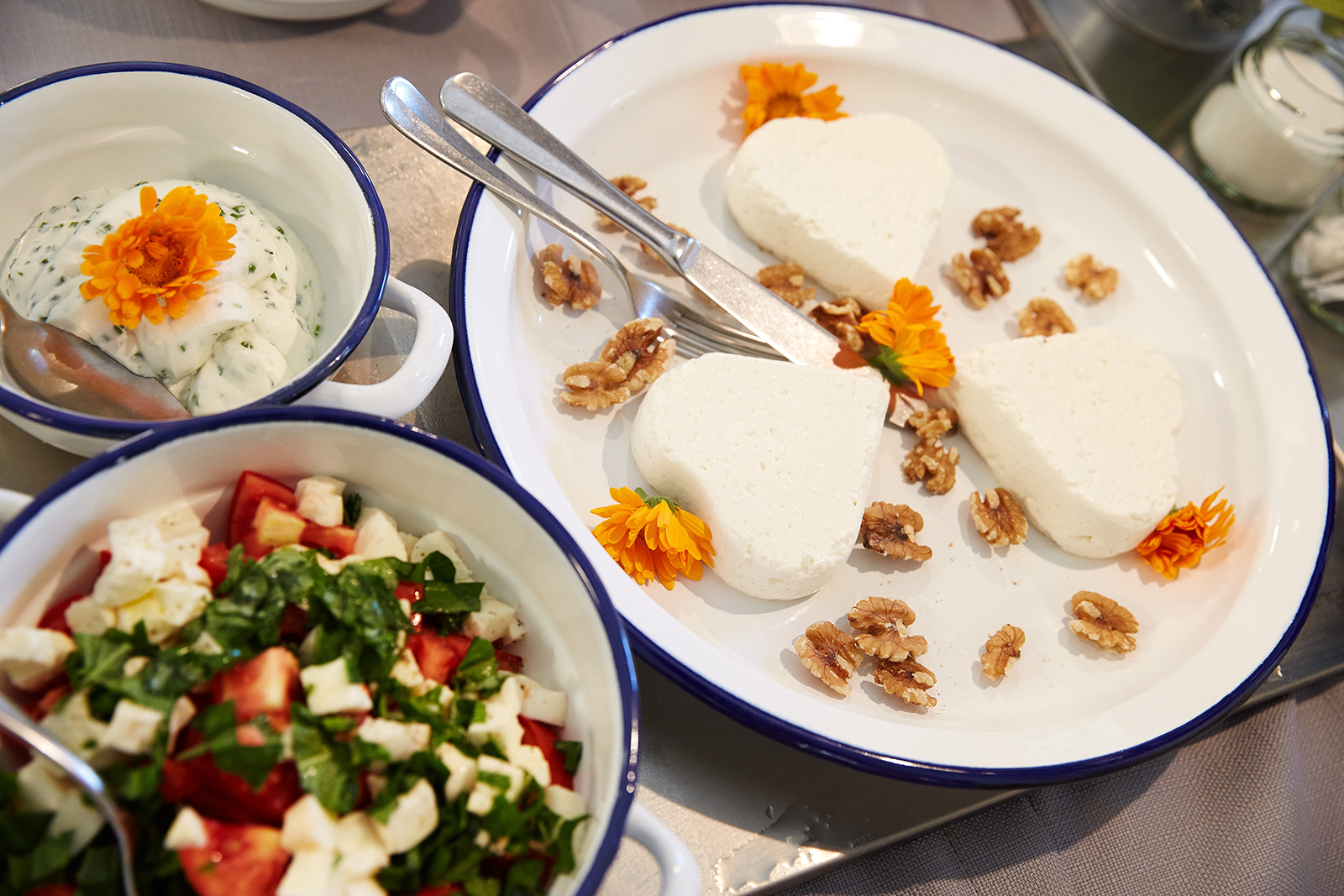 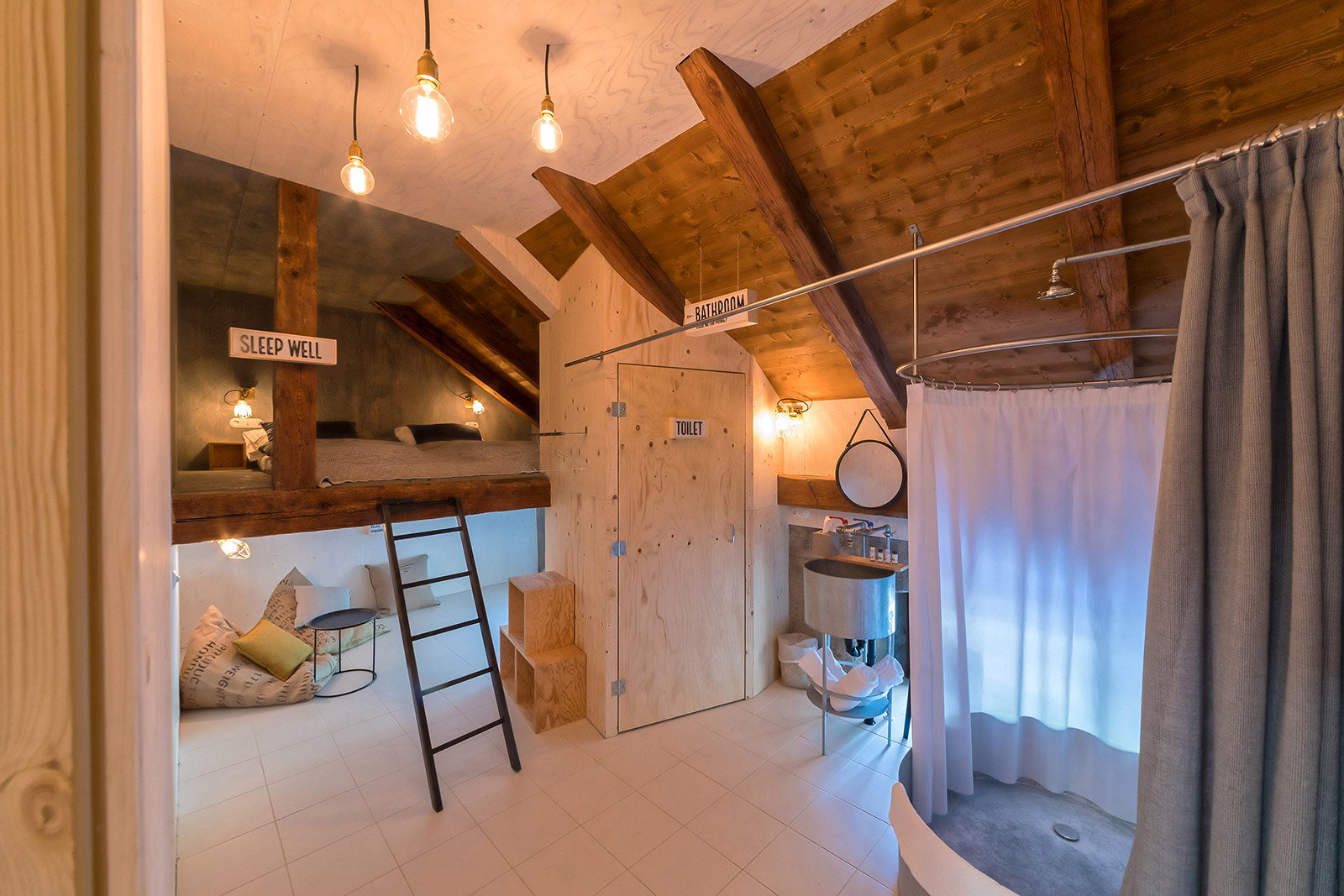 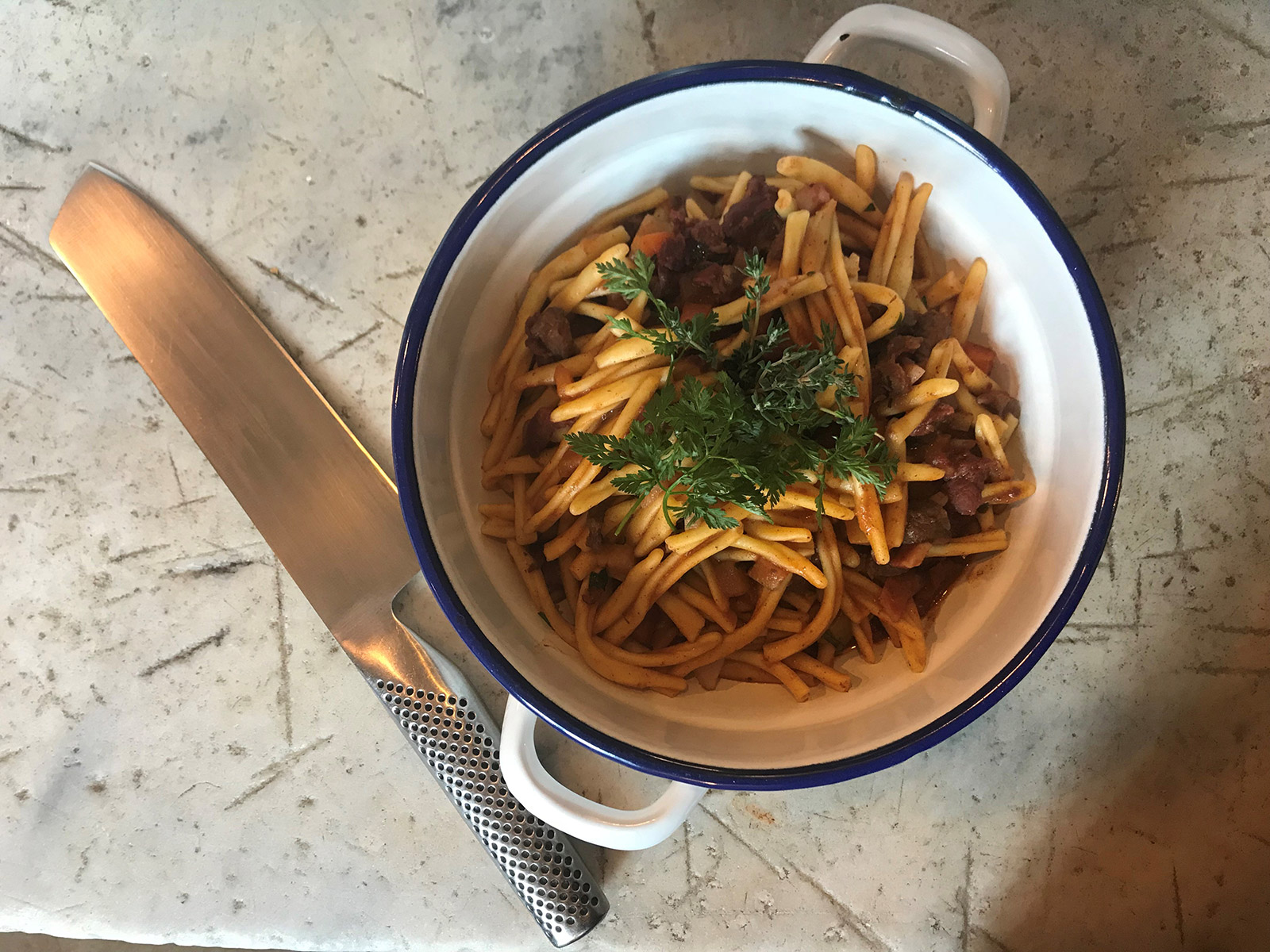 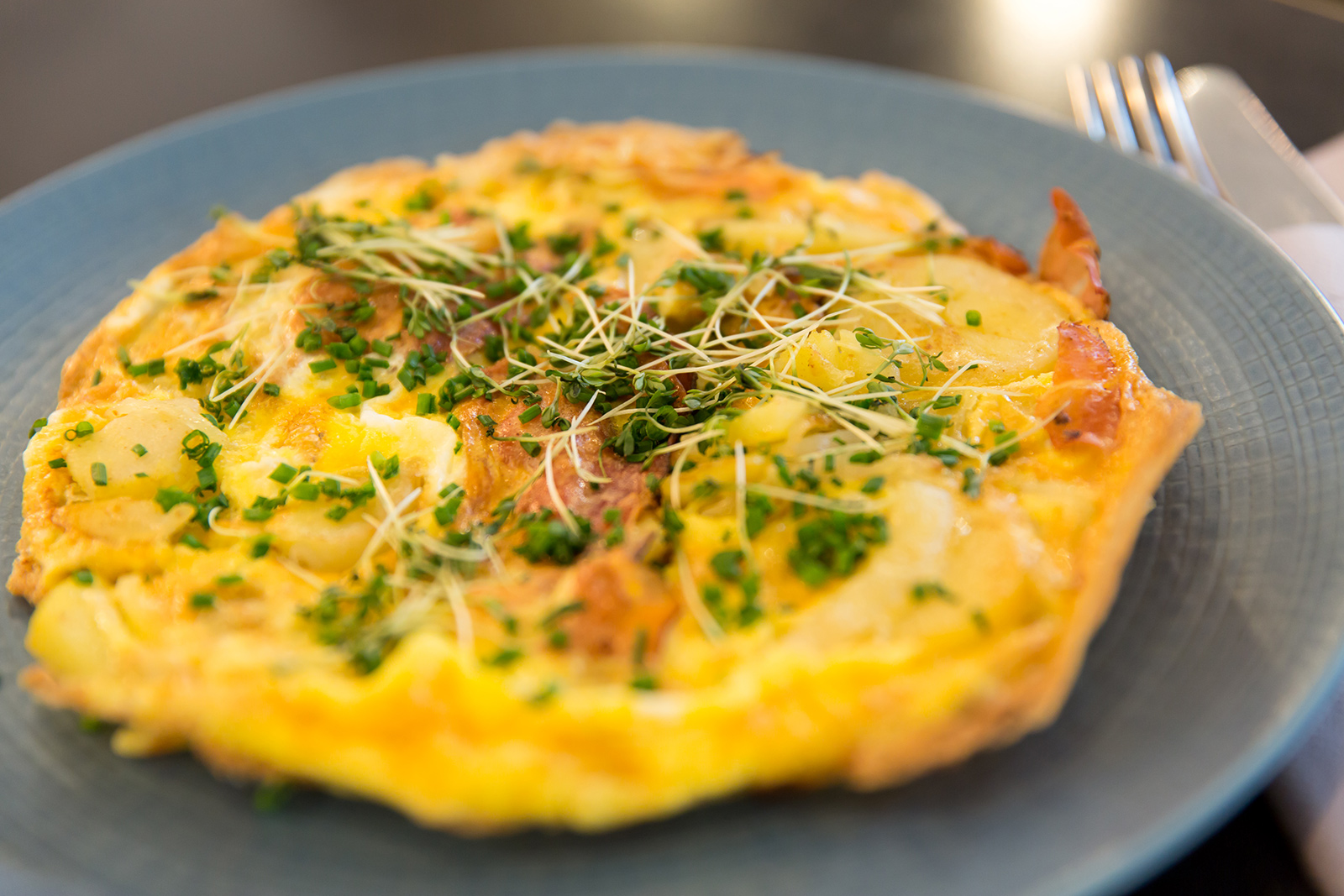 «The idea was to establish a direct relationship with the local suppliers to get fresh high quality products every day» explains Lissi as she deals skilfully and enthusiastically with a supplier from the “Bressanone Milk Central” and the farmer from a nearby chalet who brings her eggs she calls «very precious», because his chickens travel to a different field every day in a mobile home.

The dishes reflect the season, like soups or risottos prepared with the raw materials that nature makes available in that specific time of year. 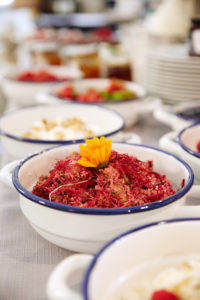 From May to September a different farmer brings salads, herbs and fresh vegetables. The menu also includes fish and meat, also organic and locally produced. The former, the Salmerino Alpino, comes from the nearby rivers and lakes; the latter from the local “Biobeef” association (a group of high-altitude farmers in Alto Adige who raise cattle according to the methods of organic architecture) or other cattle farmers in the region who call Lissi every day to tell her what they have (or don’t have) that day.

«Considering my training as a nutritional coach, I find it very important to talk to people interested in knowing where the products come from, explains Lissi. And their curiosity proves how there is greater attention now to what we eat than there was a few years ago. Fortunately times are changing.» We asked her how and if she is able to maintain a good quality/price ratio. Her reply: «We don’t intend to keep prices too high, on the contrary we try to stay in the mid-range. It’s not impossible: the finest local products are not always and necessarily the most expensive. One possibility is to diversify the supply: for example if for Sunday brunch, we offer particularly sophisticated, and therefore more expensive, dishes, during the week we maintain a rather high standard while using different raw materials for lunch that are slightly less expensive but still good, fresh and local». 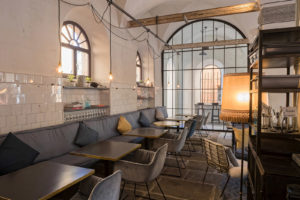 Breakfast too is also very tasty (there are seven different menus!), for the first time in the city offering a valid alternative to the usual cappuccino and croissant: the tables naturally serve up porridge, home-made apple sauce, yogurt made from cow or goat milk, or soya, nuts and dried fruit, as well as the heartier “farmer’s breakfast” featuring ham, scrambled eggs and potatoes, and everything delicious one can imagine.

In the evening, between one bite and another, visitors can enjoy the rich schedule of cultural events, with concerts, often by local musicians, and poetry readings, whenever possible in the garden.