An exhibition that surveys Skoglund’s career as an artist from the early 1970s to the new Winter (2018), shown here as a world premiere, which took the American artist more than 10 years to complete. The exhibition gathers over 100 works by this artist, including photographs, almost all of them in large formats, sculptures and installations that catapult the visitor into a perturbing and surreal daily life, on the border between dream and reality. Skoglund’s poetics aimed from the very beginning at reflecting upon the intimacy of familiar places and situations and, through her art, turning them into something unfamiliar, to shake the observer.

Through the construction of complex sets that she then photographs, and the skilful use of bright colours, unusual materials such as food, and powerful animal figures (foxes, squirrels, dogs), the American artist creates and realizes works with great evocative power. 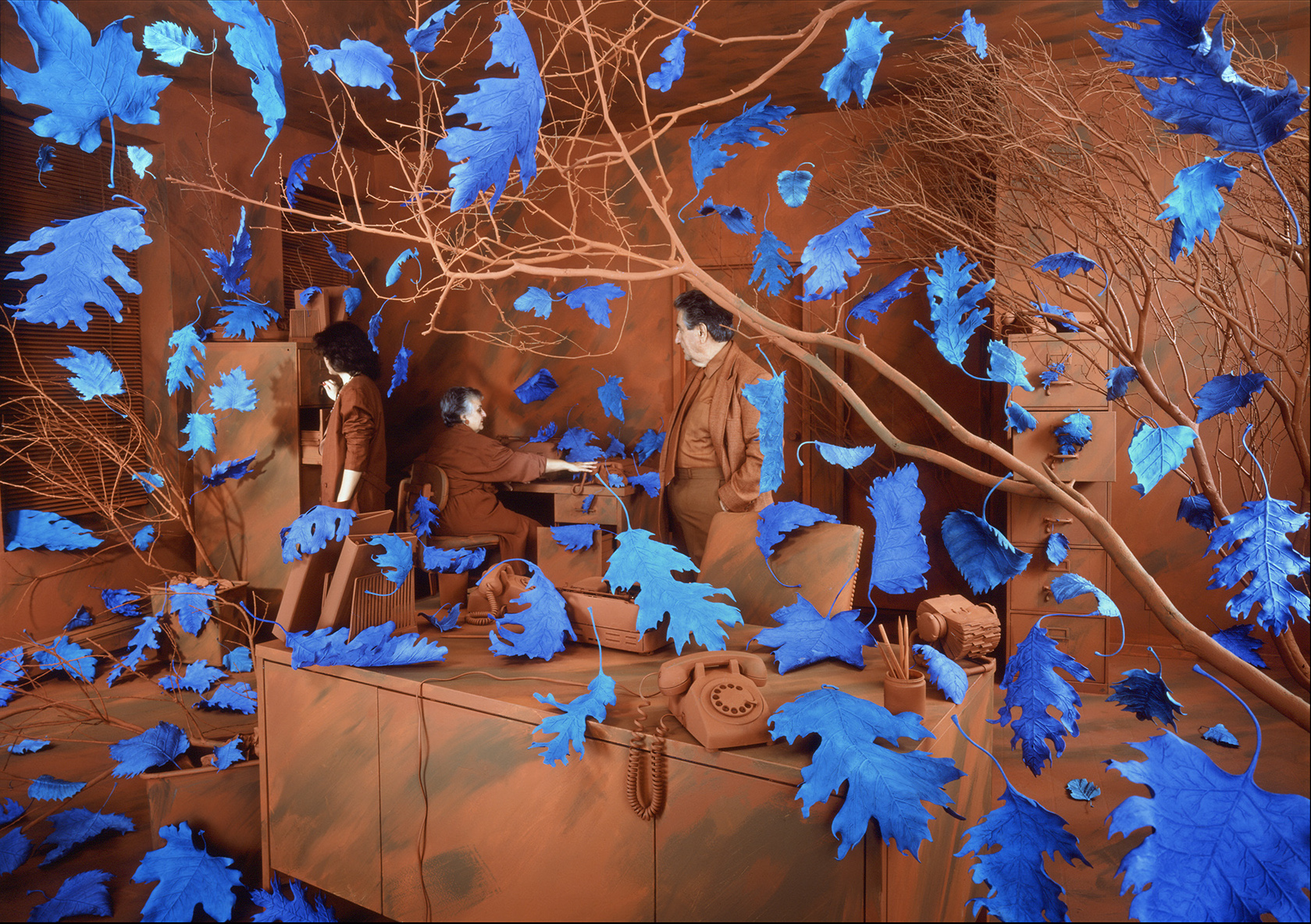 This anthological exhibit is enriched with some of the objects that Skolung conceived and made to build her sets – such as the blown glass dragonfly created for Breathing Glass (2000) or the paper-maché tiles in the background of Walking on Eggshells (1997) – that provide a more in-depth understanding of the complexity and peculiarity of this American artist’s production.

The exhibition, organized in collaboration with the Galleria Paci contemporary in Brescia, enjoys the support of the LCA Legal firm as part of the project LAW IS ART!, which since 2014 has worked to promote and enhance contemporary art through sponsorships and talent-scouting. In the case of Sandy Skoglund. Hybrid Visions, the collaboration with Camera was initiated by Vittorio Turinetti di Priero, a lawyer from Turin who has always been a friend of the Centro Italiano per la Fotografia. The LCA’s mission is an important one, working on three fronts, as explained by Maria Grazia Longoni Palmigiano, a partner in the firm and art collector: «A first section regards the firm’s work in the matter of art law. The second is our cultural mission, to support young Italian artists who unlike their foreign colleagues, receive no support from a grants system. A third part involves education for professionals, who attend conferences and seminars both at the LCA, and outside». 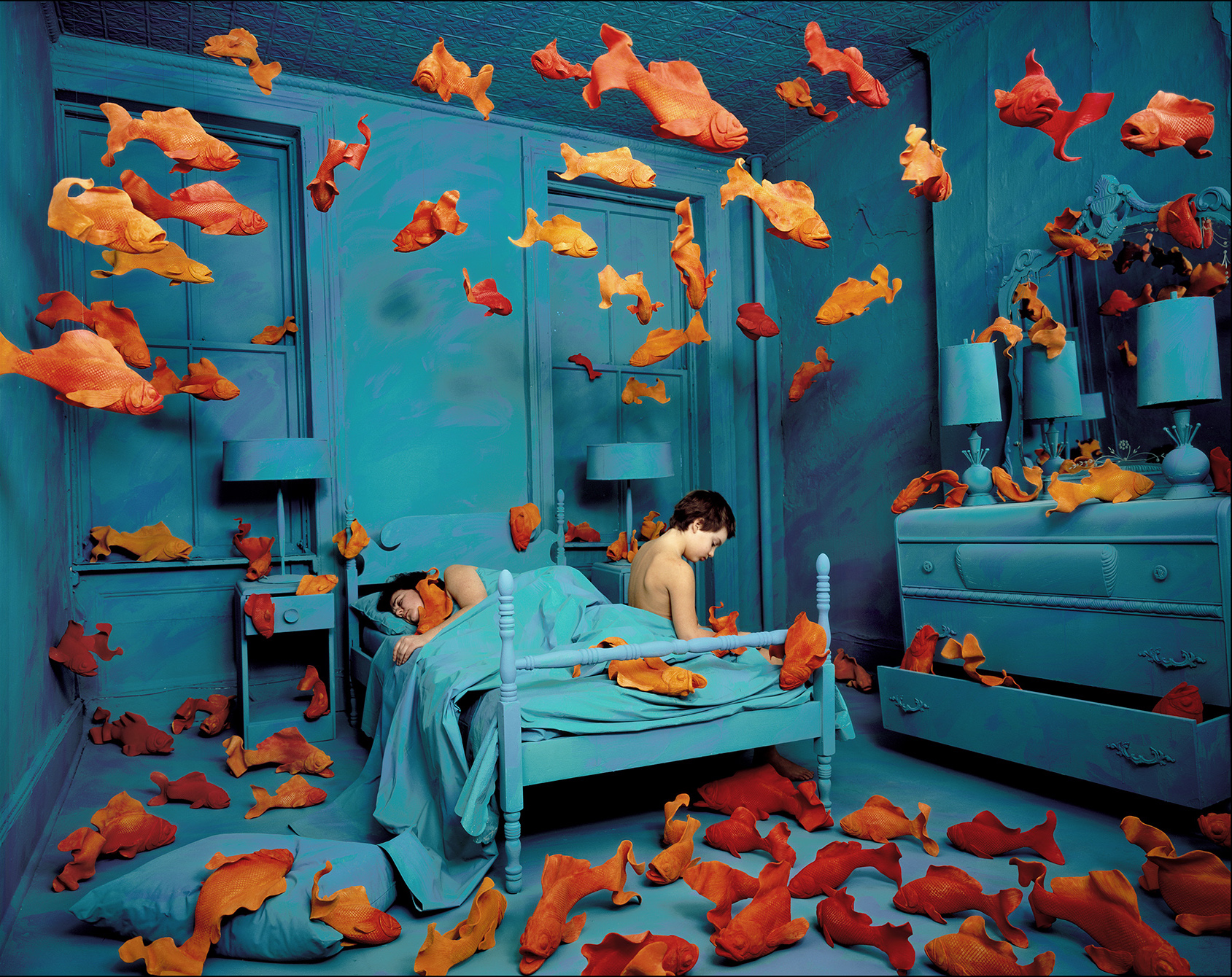 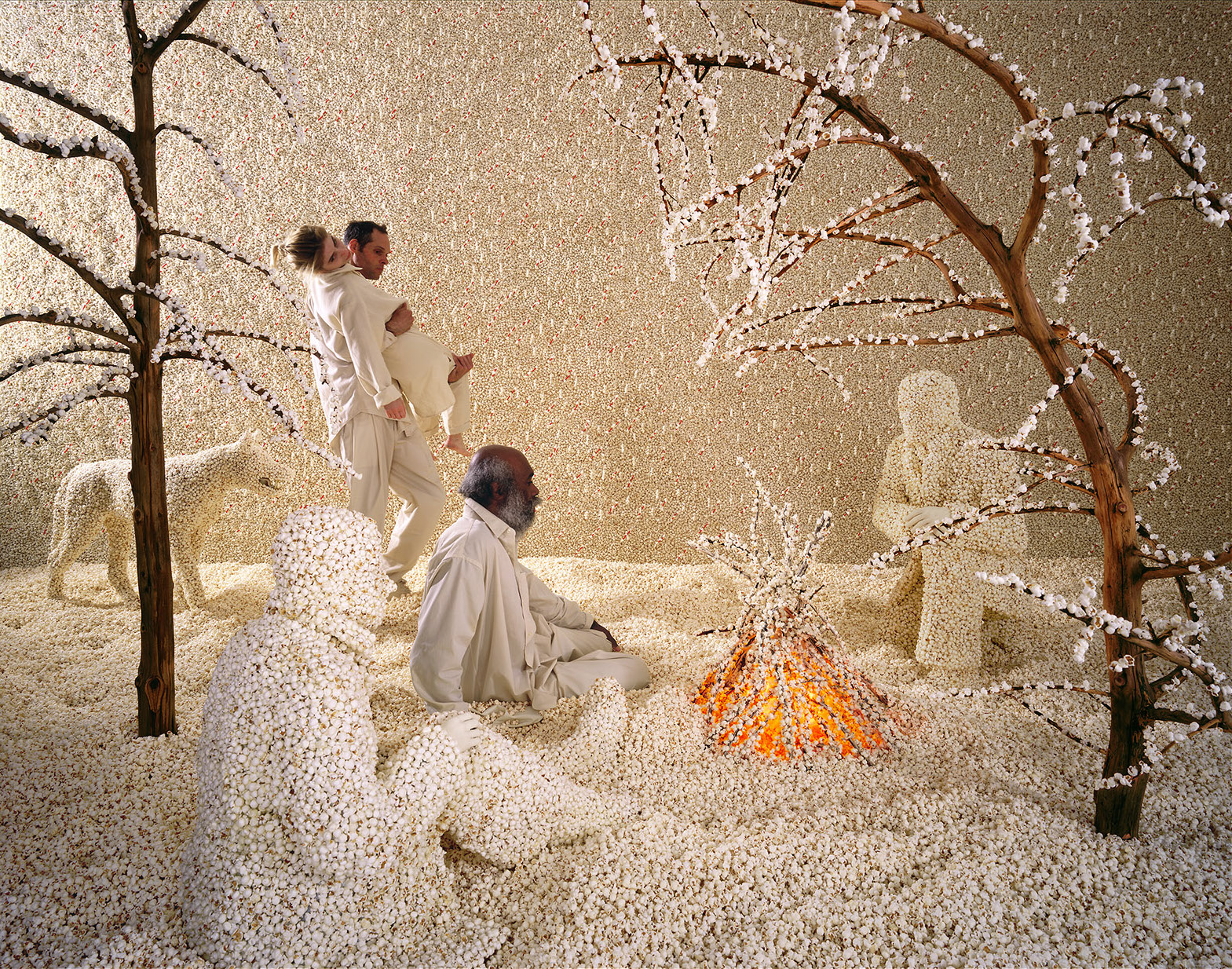 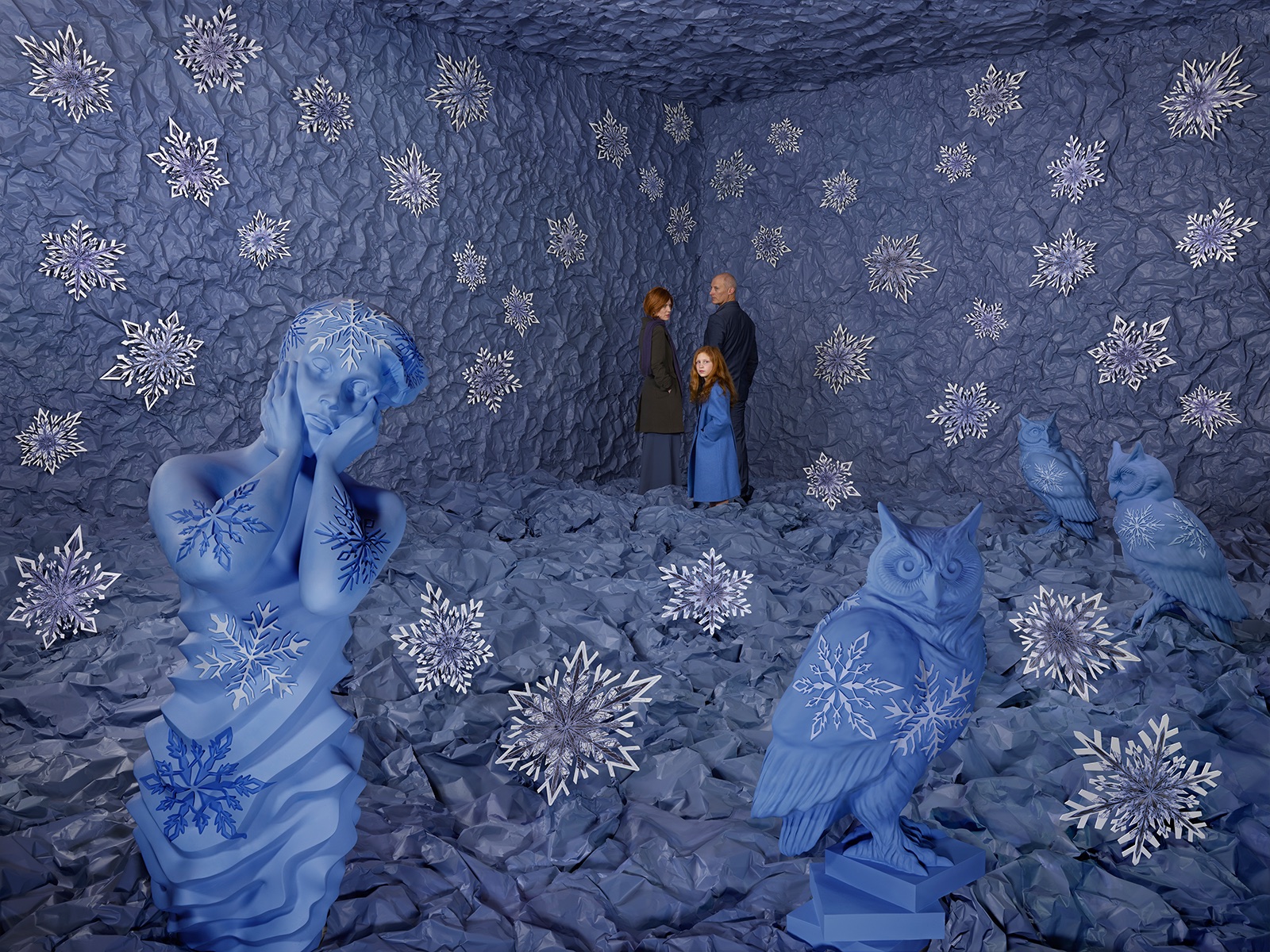 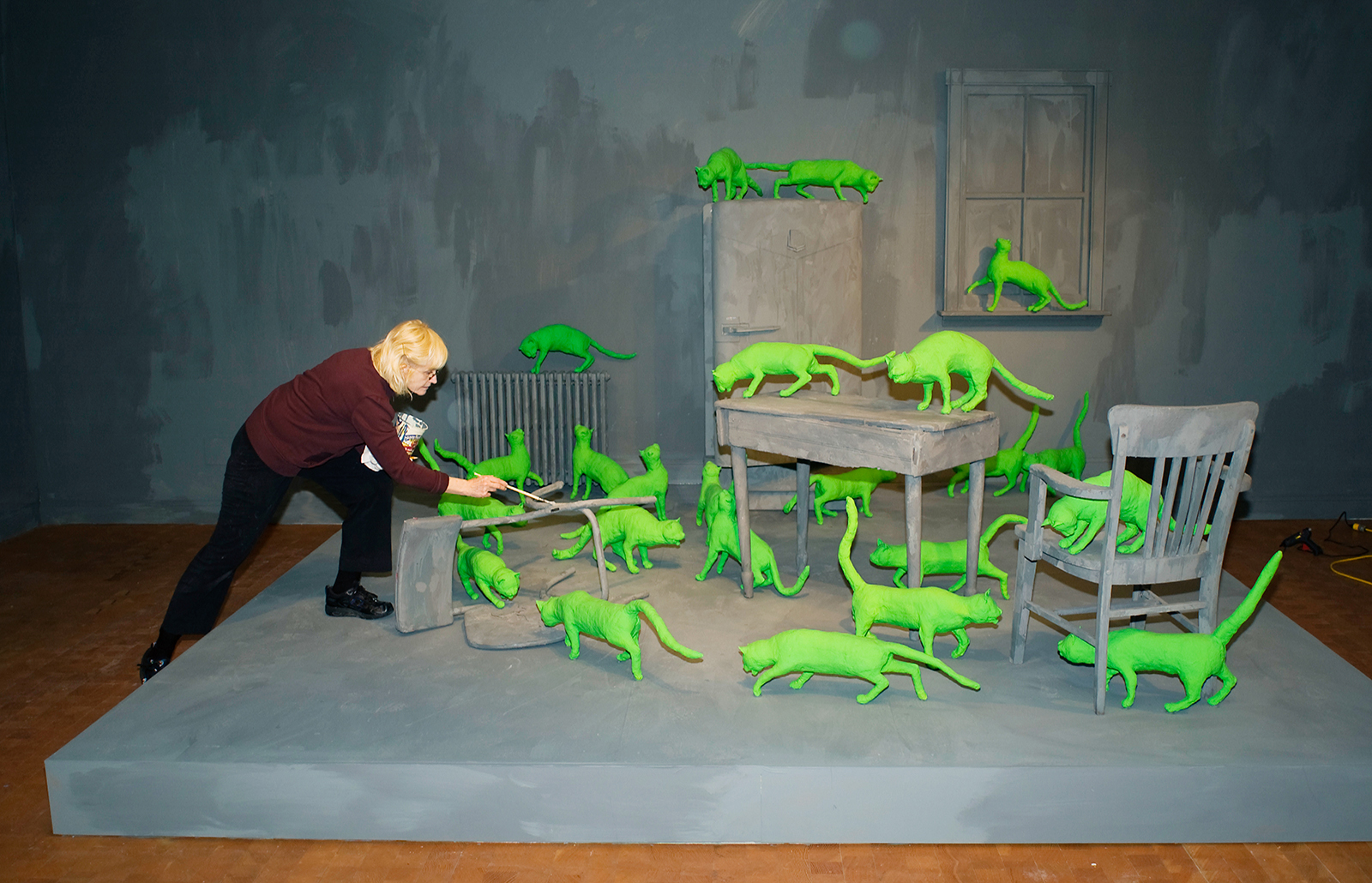 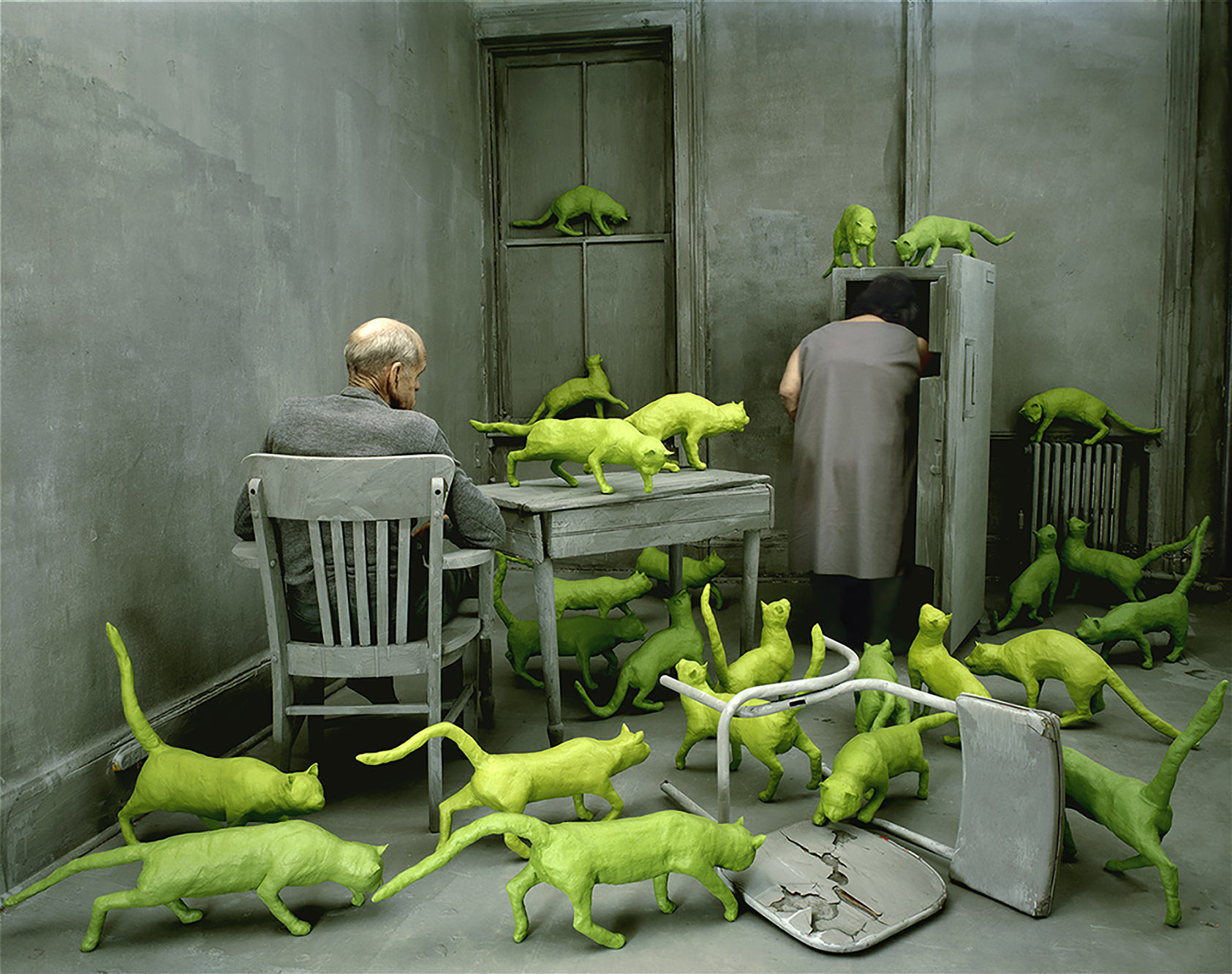 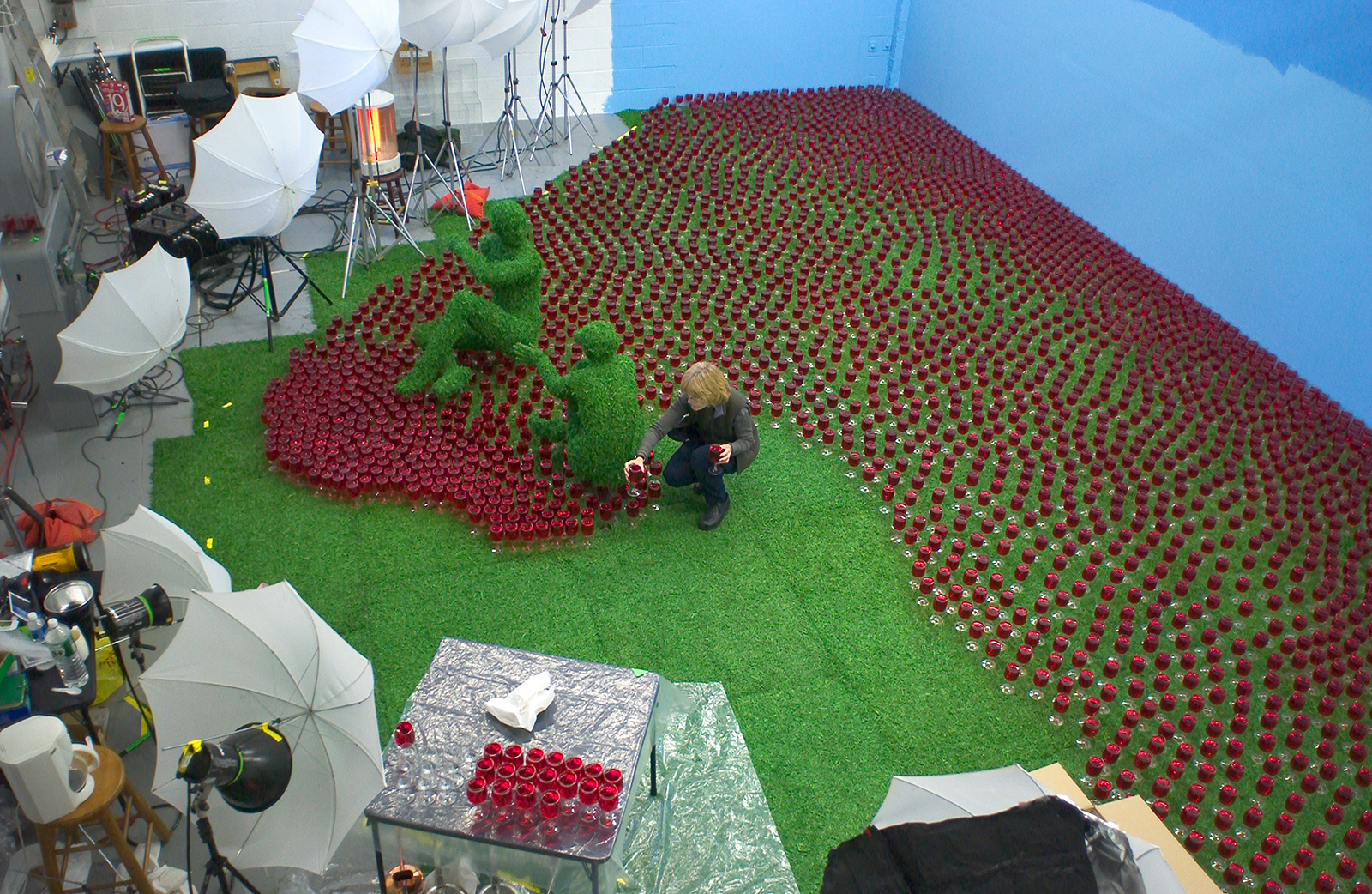 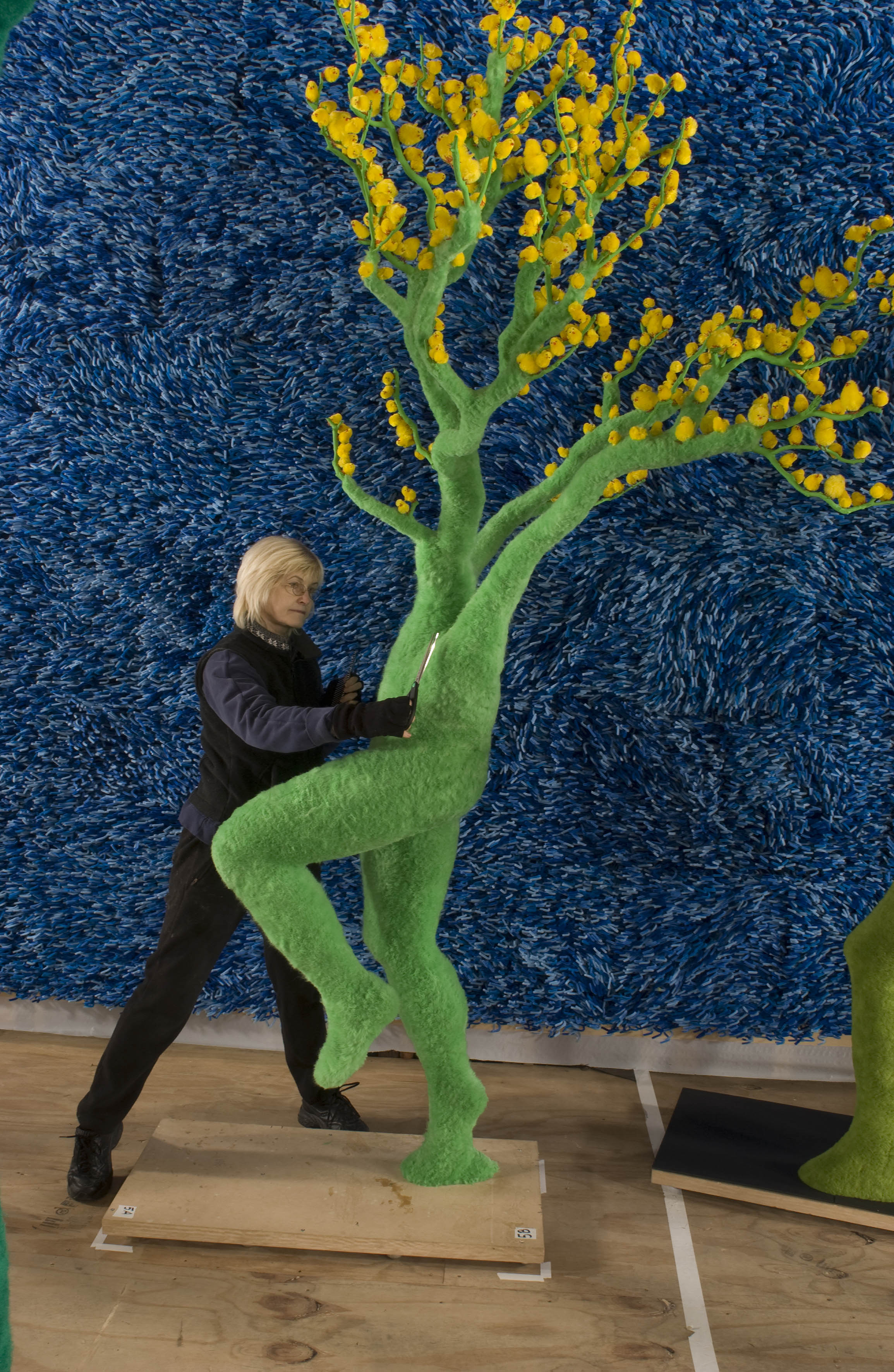 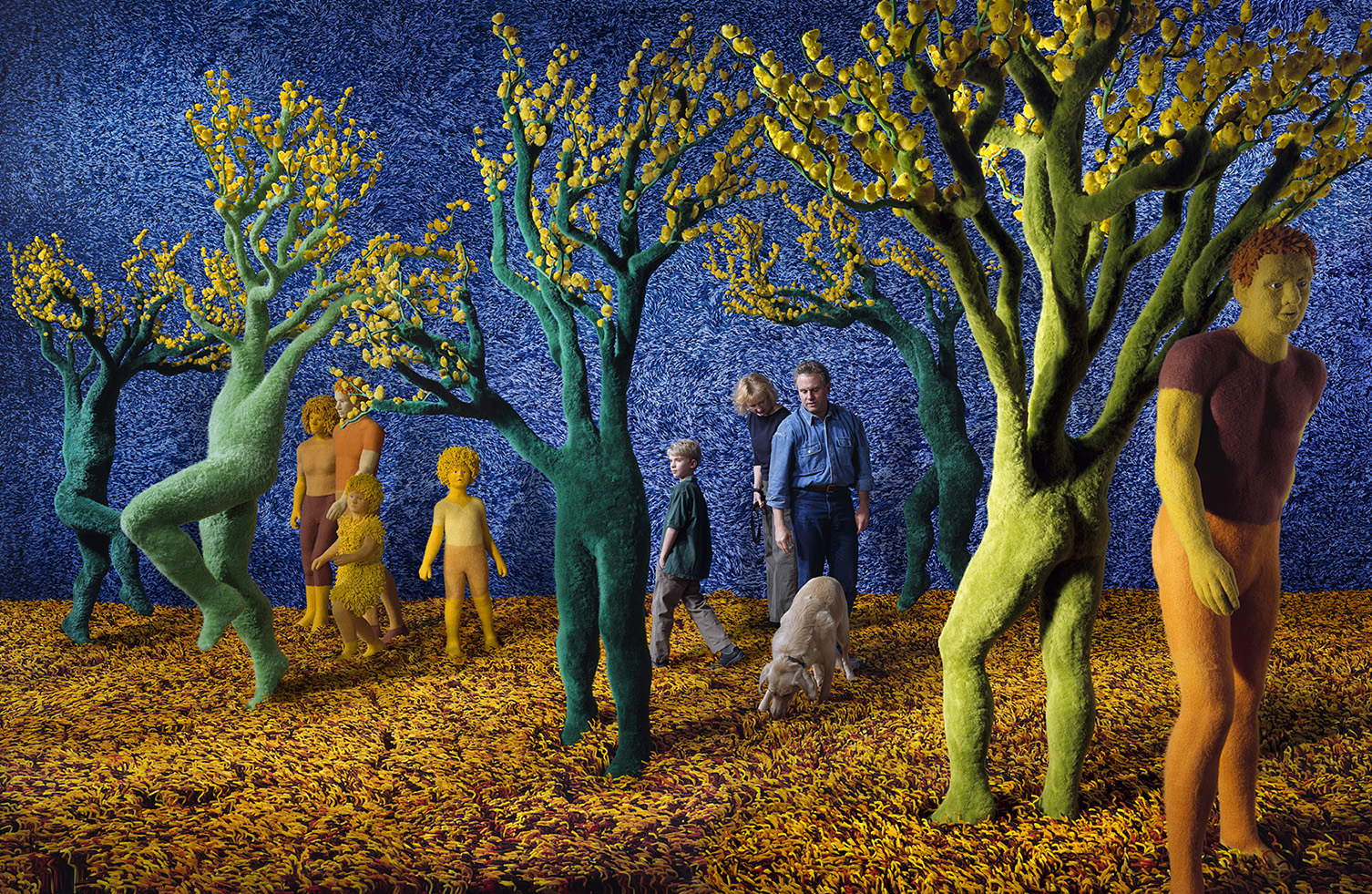 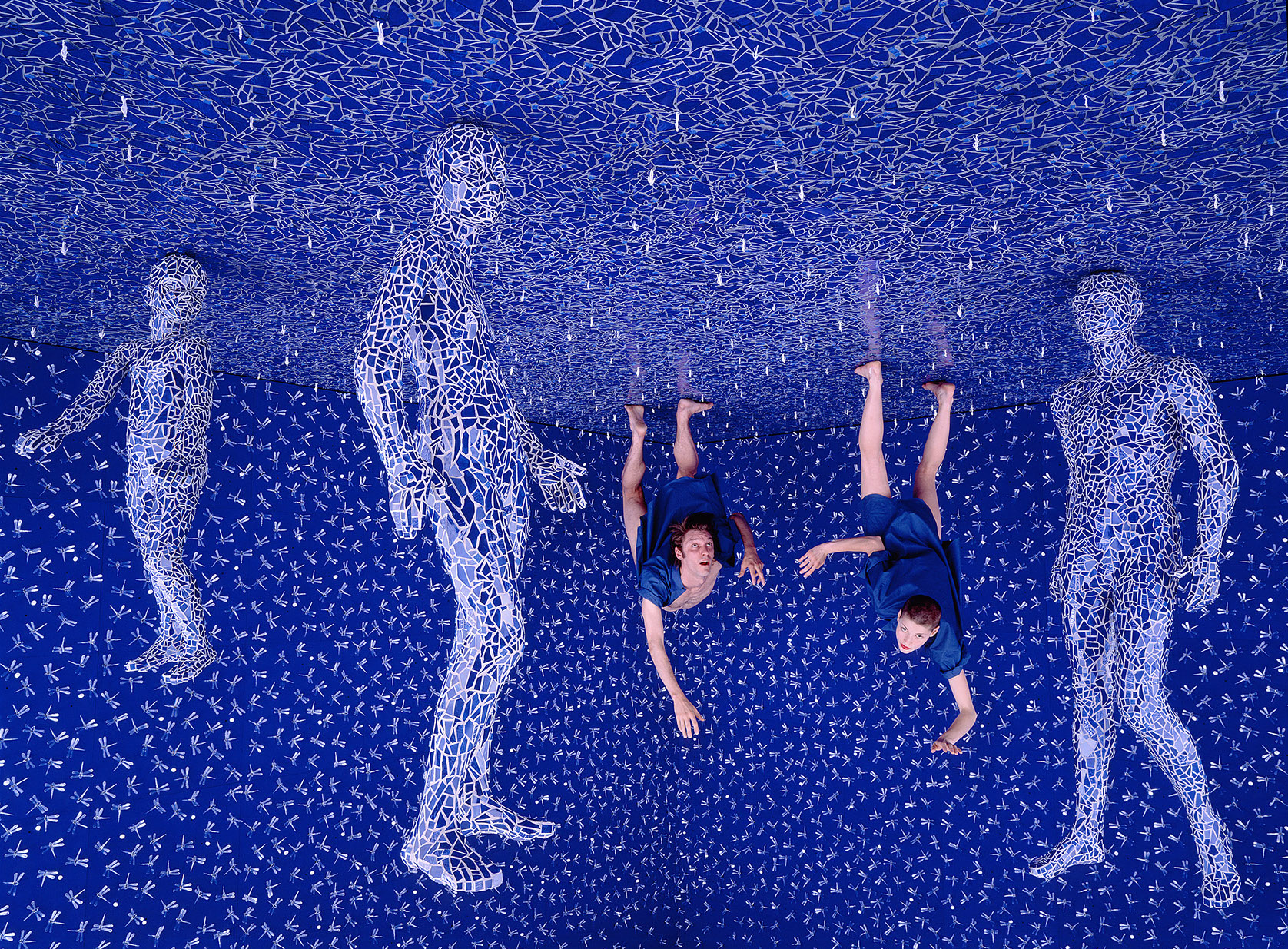 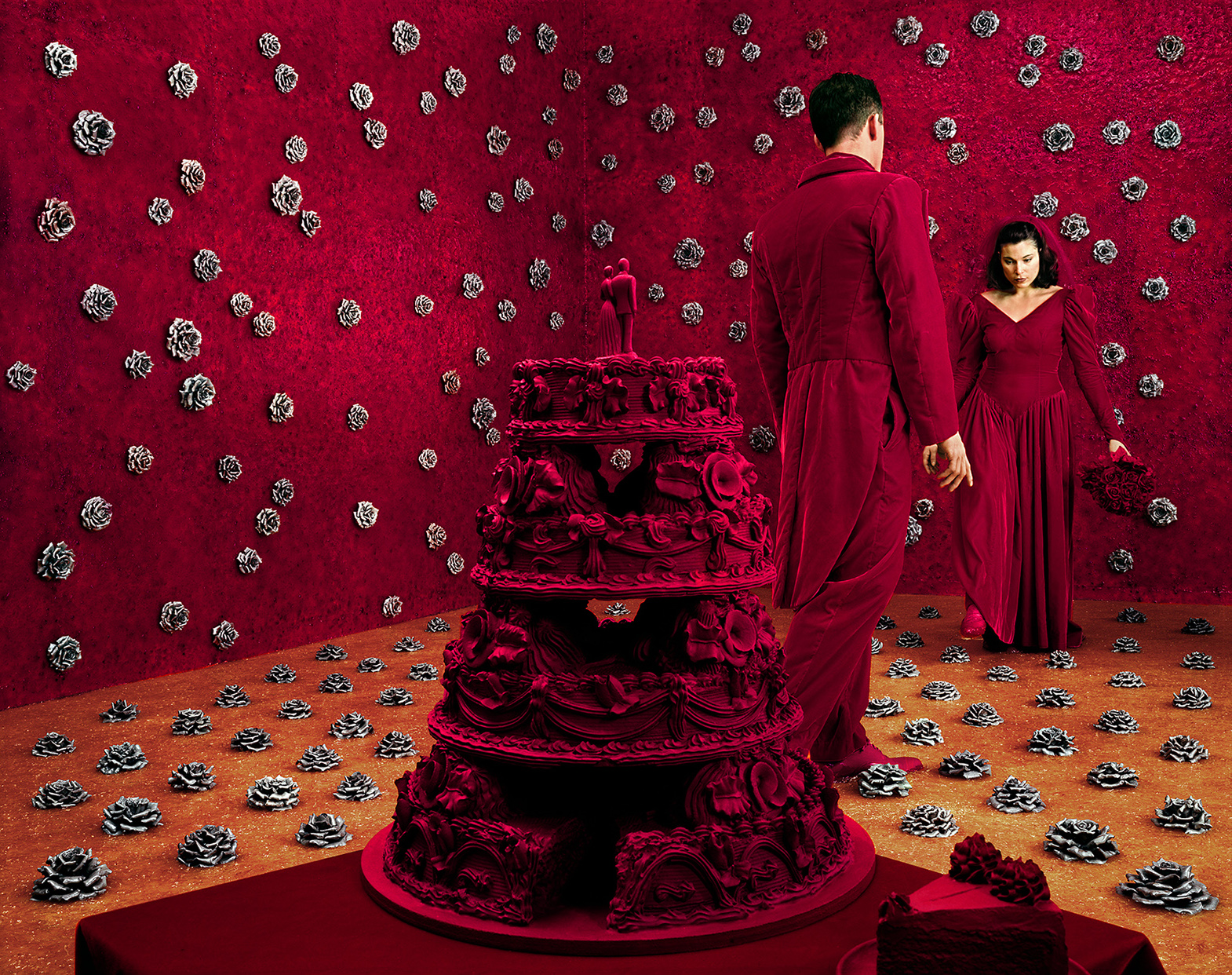 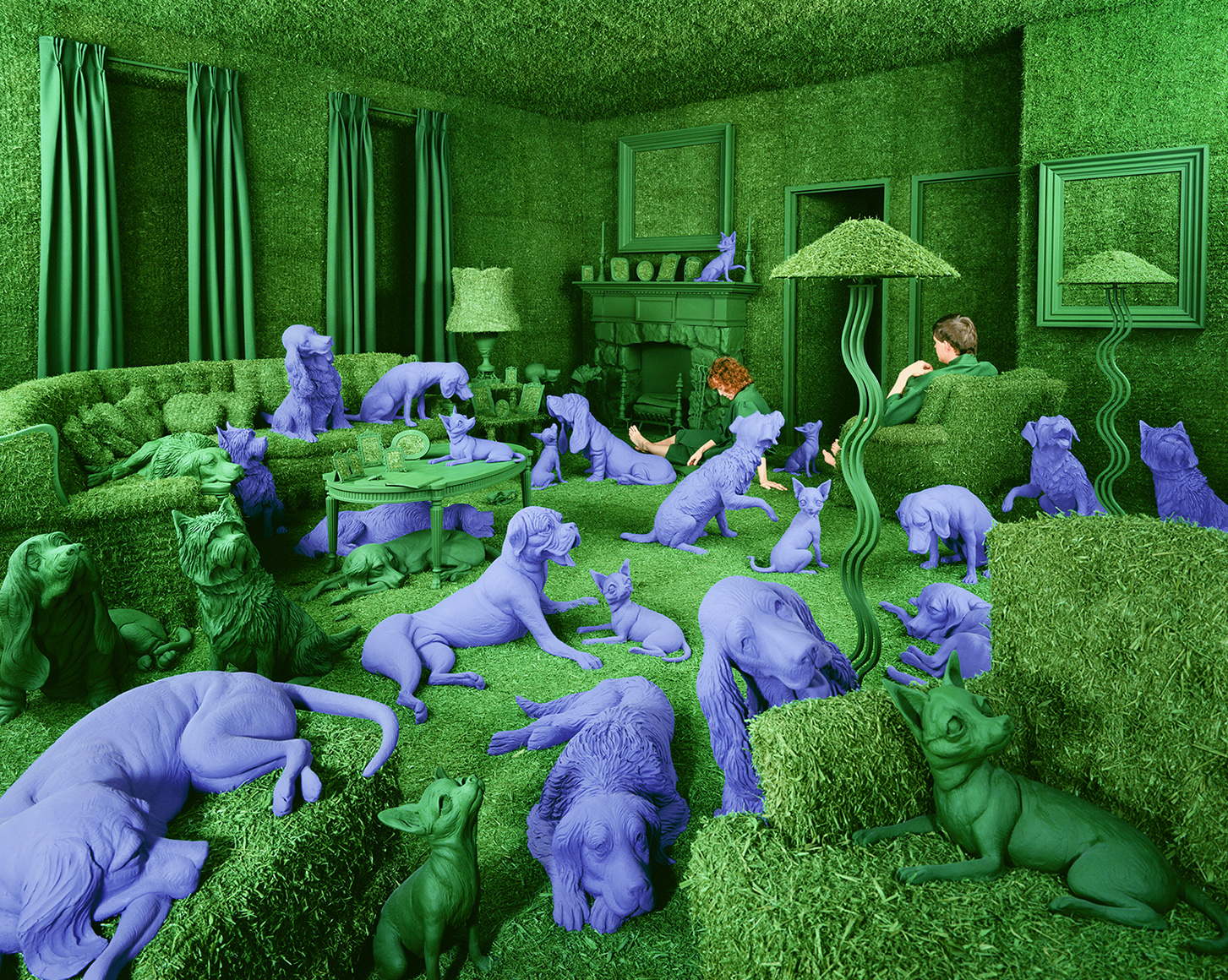 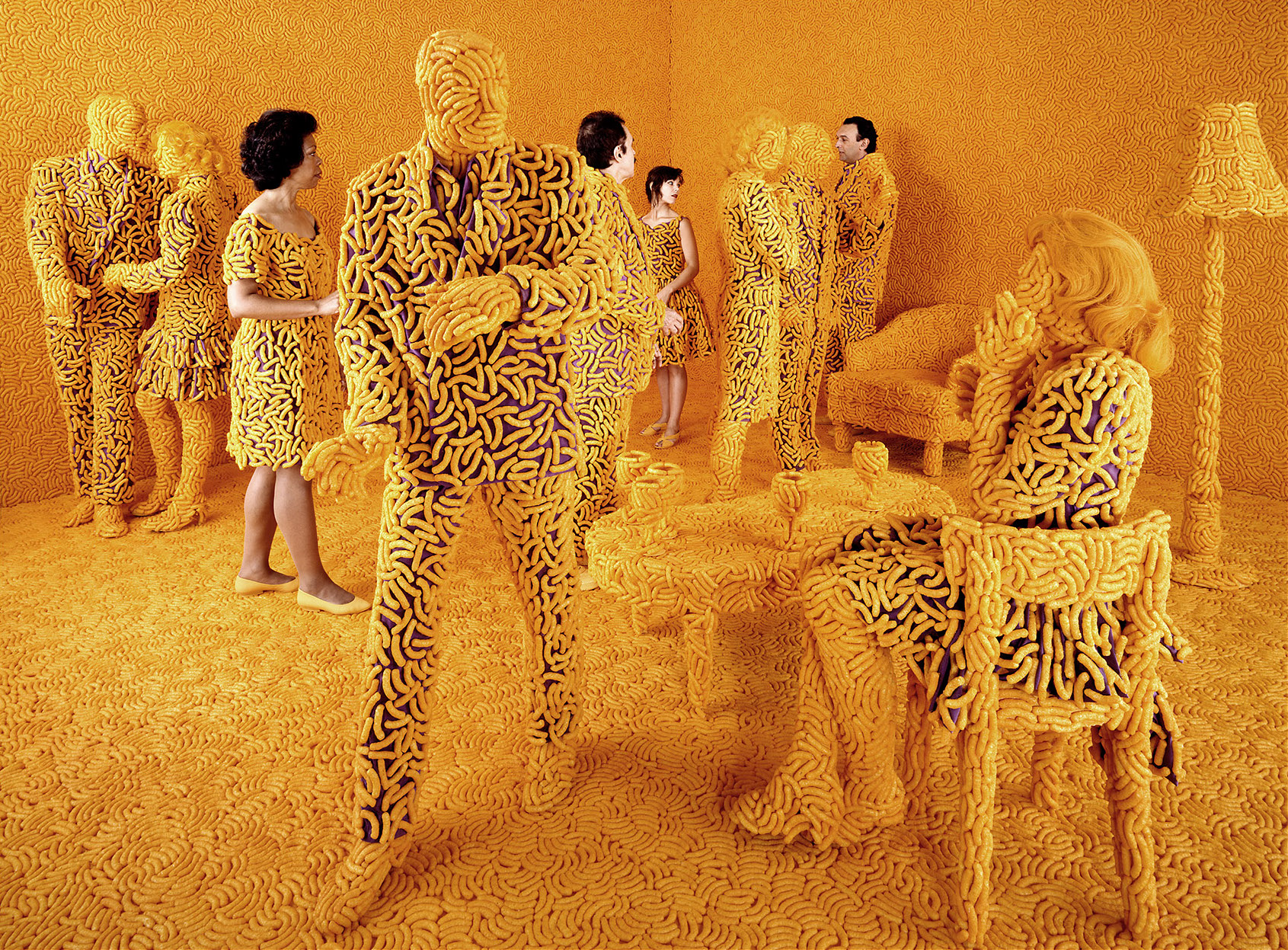 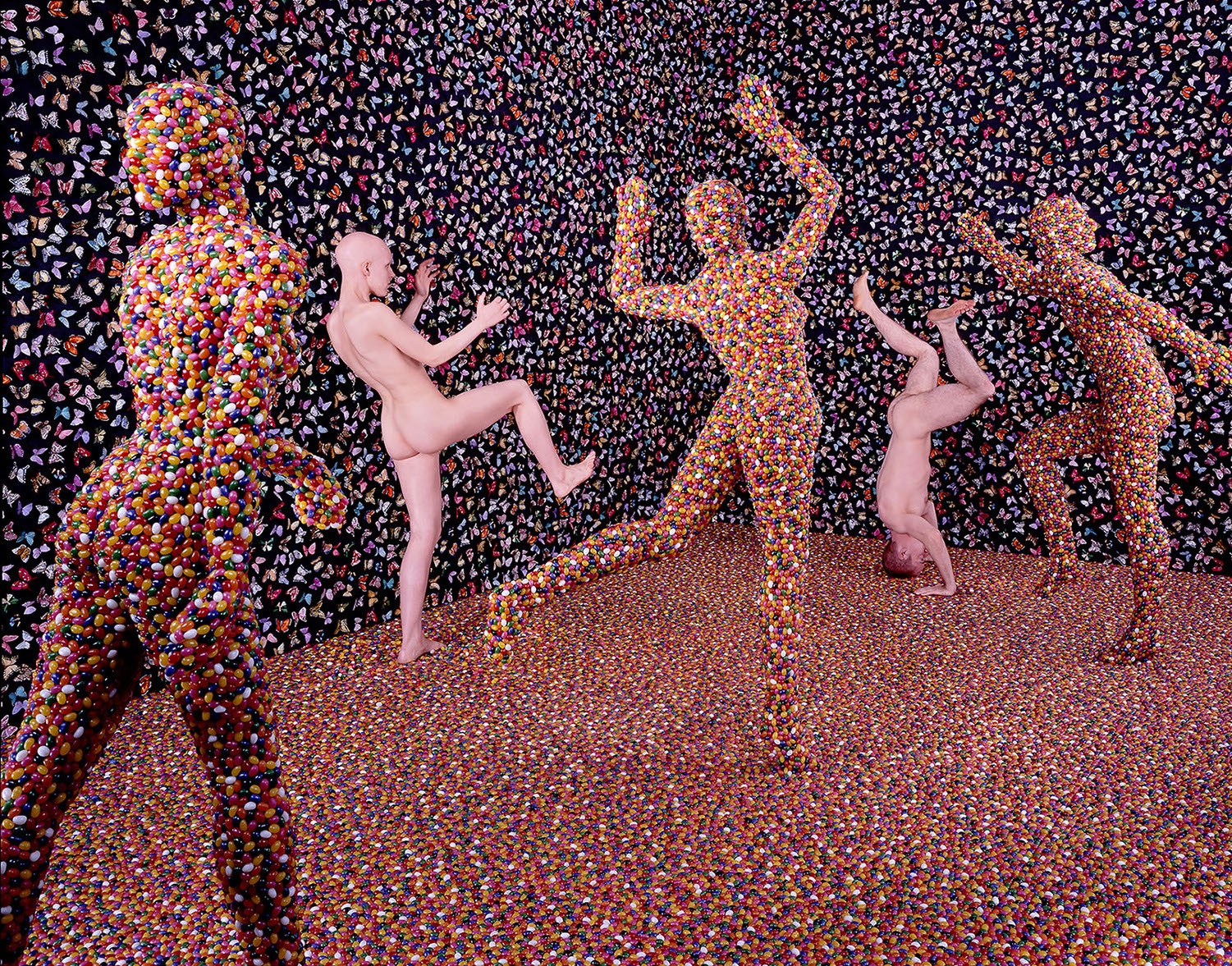 «Our objective is to stimulate curiosity, to bring contemporary art works into unusual contexts, where they are not usually shown» continues Longoni Palmigiano. An unusual context such as the spaces of LCA’s offices in Milan, which exhibit the works of the selected artists. Furthermore, thanks to the partnership with MIART which the firm sponsors, since last year, the works are shown at an exhibition held at Palazzo Borromeo during the furniture fair. But LCA’s artistic patronage does not stop there: it is also the sponsor of «LCA per Emergent», an award for the finest emerging Italian gallery. Since 2013, it has also worked in partnership with NABA – Nuova Accademia di Belle Arti and with the Accademia di Brera in Milan, alternately commissioning the students of each school to make their Christmas cards.

A form of patronage that increasingly involves private foundations in Italy to cultivate and enhance the nation’s artistic and architectural heritage, and benefit society as a whole.