There is no rule that says that when you’re traveling, in a hurry between the railway station and an airport with just minutes to spare, you have to give up the pleasure of gourmet tasting and fine food. On the contrary, opening gourmet venues in the major airports in Italy and abroad is becoming a trend destined to be consolidated.

At the “Leonardo da Vinci” airport in Rome Fiumicino, for example, Attimi by Heinz Beck is one opportunity you should never miss. The name of the restaurant itself offers a clue to its approach to the food in mobility experience. Always concerned with the quality of its raw materials without foregoing creativity, the award-winning chef proposes a menu à la carte and three tasting menus that are based on how much time the traveller has before boarding: 30, 45 and 60 minutes. Whether sitting at a table or choosing take-away, the traveller will find modern menus, with international flavours, built on nutrition models suited to the different rhythms of his day and the time he has at his disposition.

At “Attimi” you can eat fast with the quality of slow

So, just to name a few selections on the menu, one can start for example with Duck prosciutto with almond crunch, scorzonera and orange sauce (among the appetizers) or Lemon-scented pea soup, with ravioli stuffed with Grana Padano and crunchy bacon, continue with the Potato gnocchi with sweet pepper sauce, cod flakes and taggiasca olives (among the pasta dishes), and the Loin of lamb in raspberry crust, with hazelnut cream and smoked artichokes (among the main courses), ending with the Licorice cream with almond sablé, cherry ice cream and toffee (among the desserts). The menu also includes breakfasts that range from light and simple, with croissants filled as desired (with a vegan version), to more elaborate and delectable choices such as the Hazelnut and caramel ingot. There are also pancakes with maple syrup, plum cakes, eclairs and various other delights. 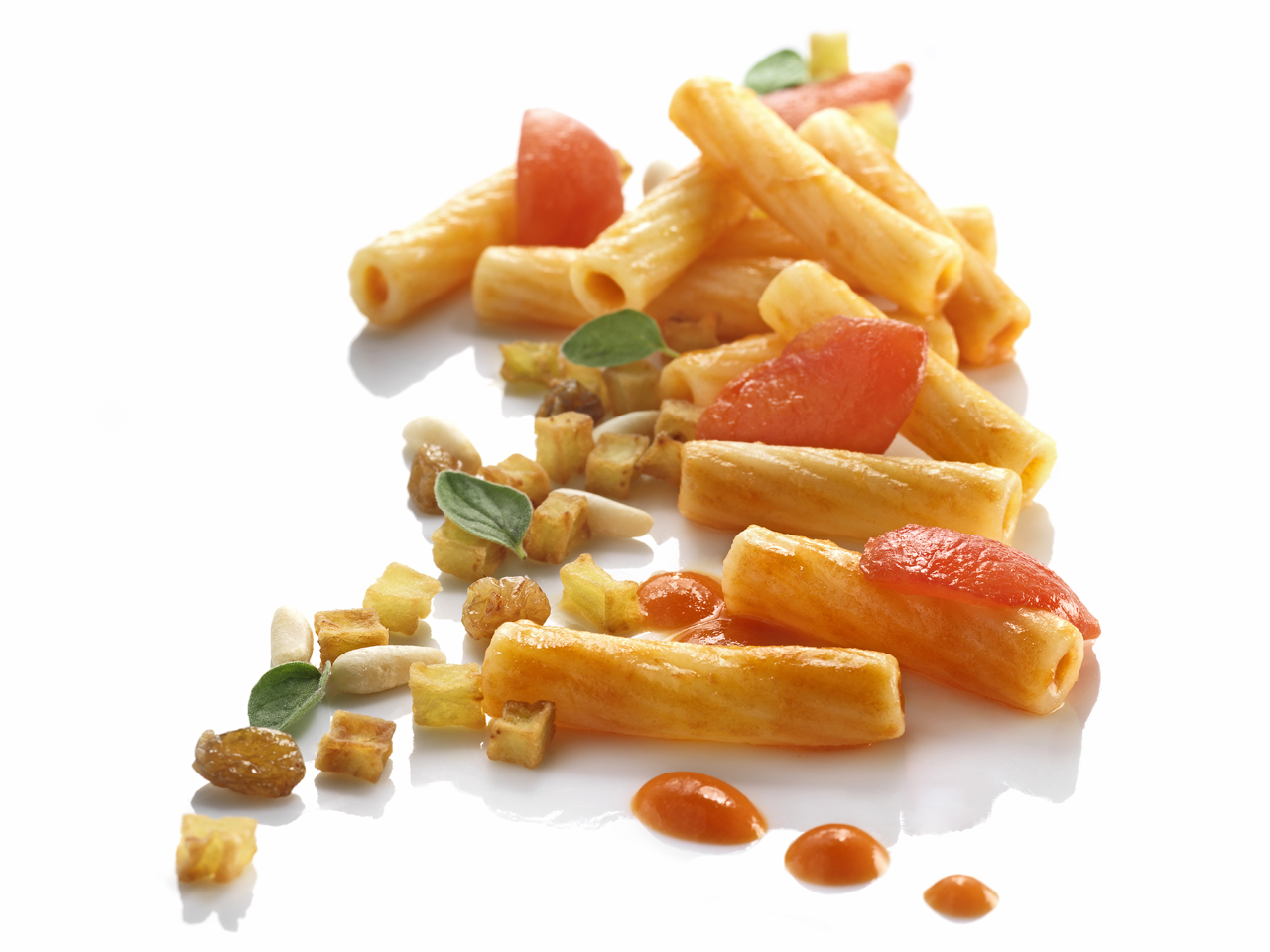 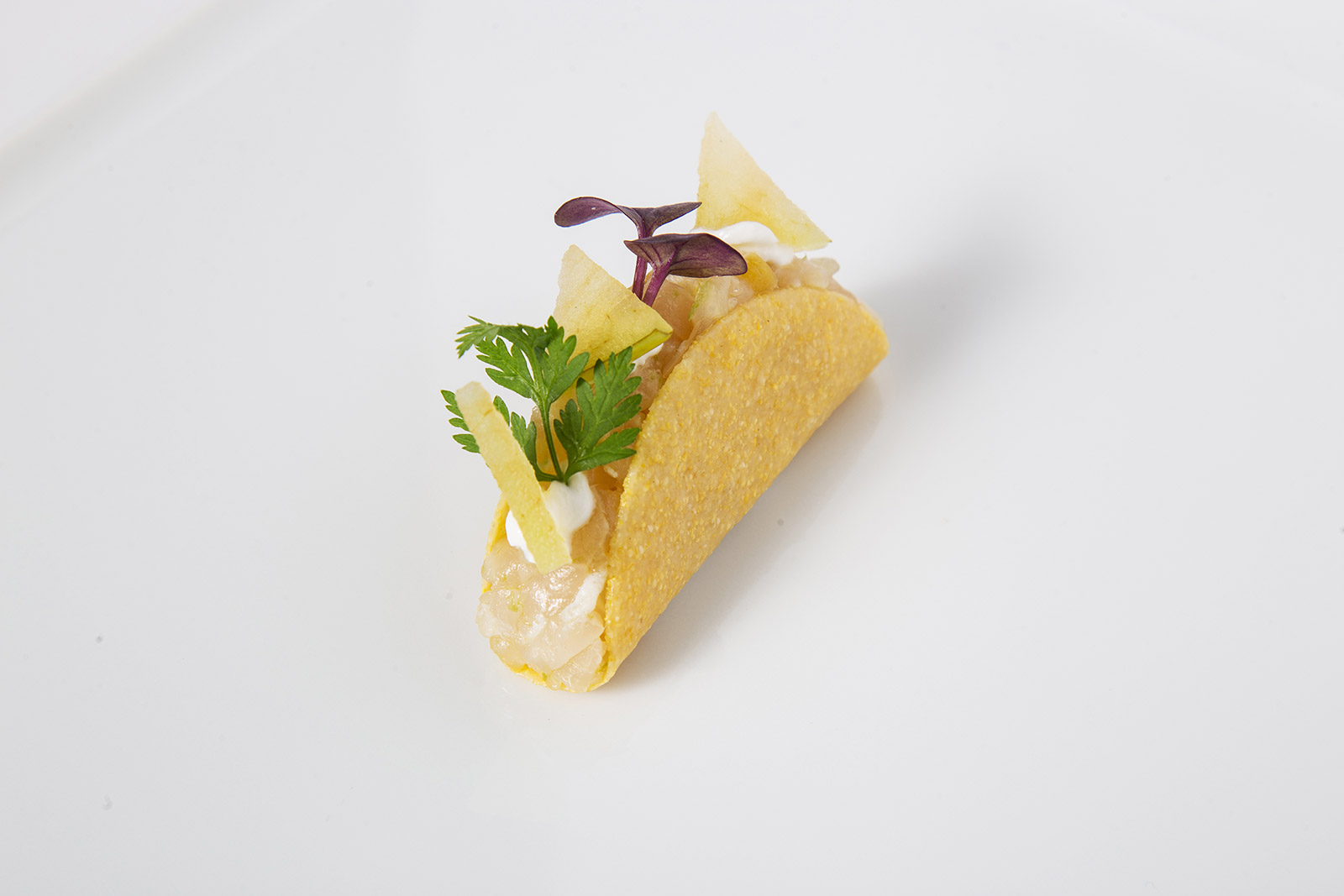 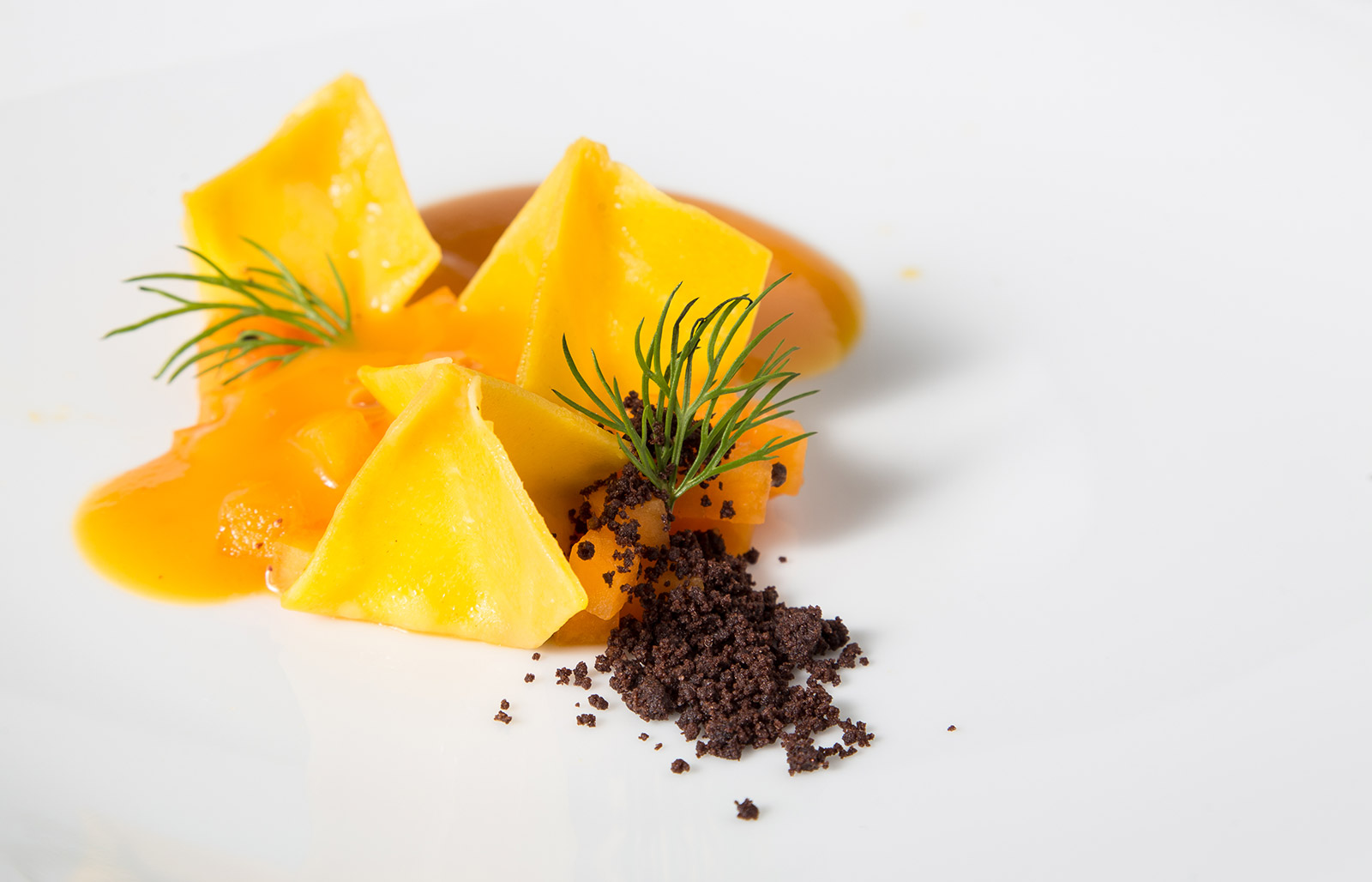 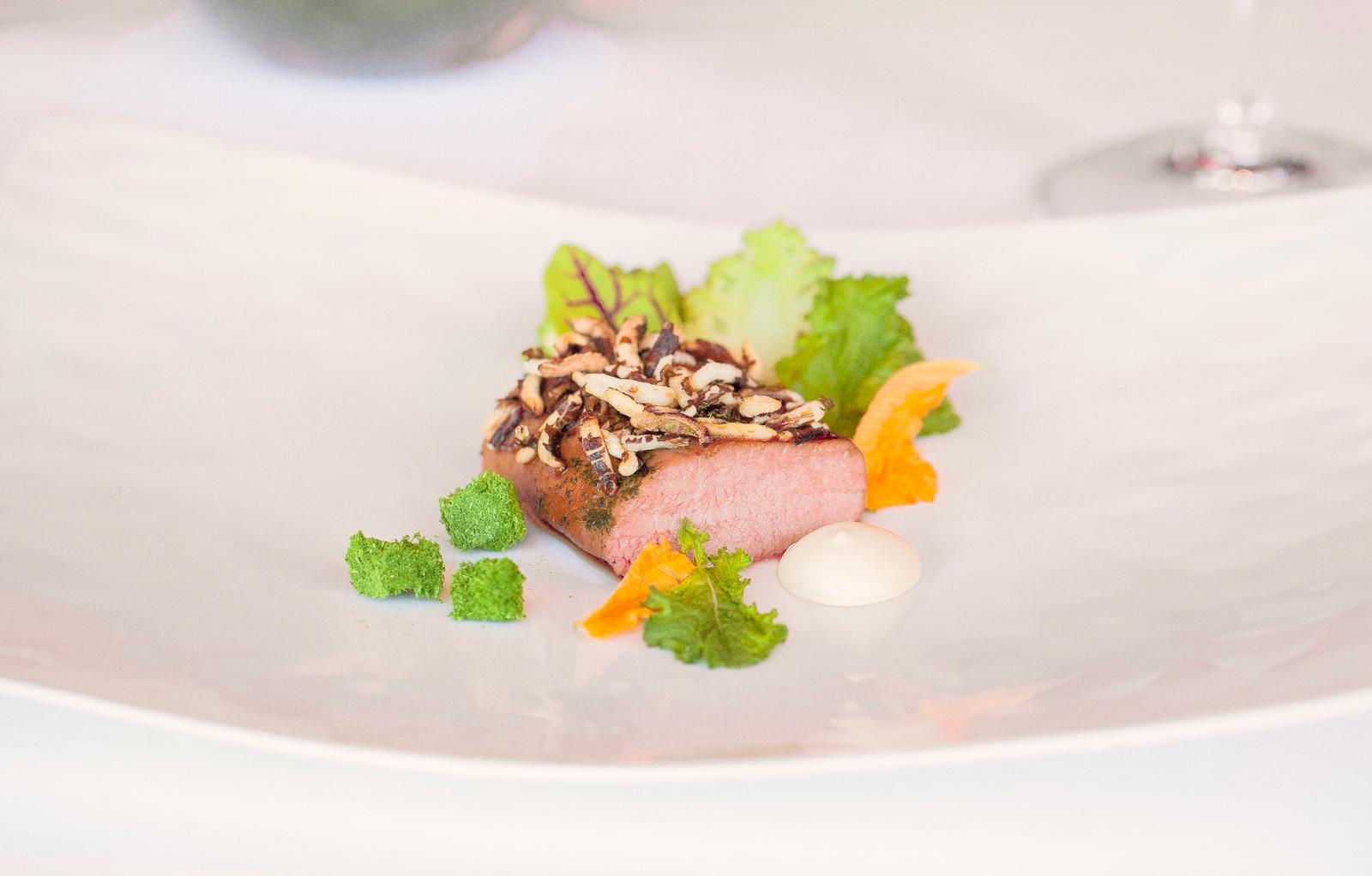 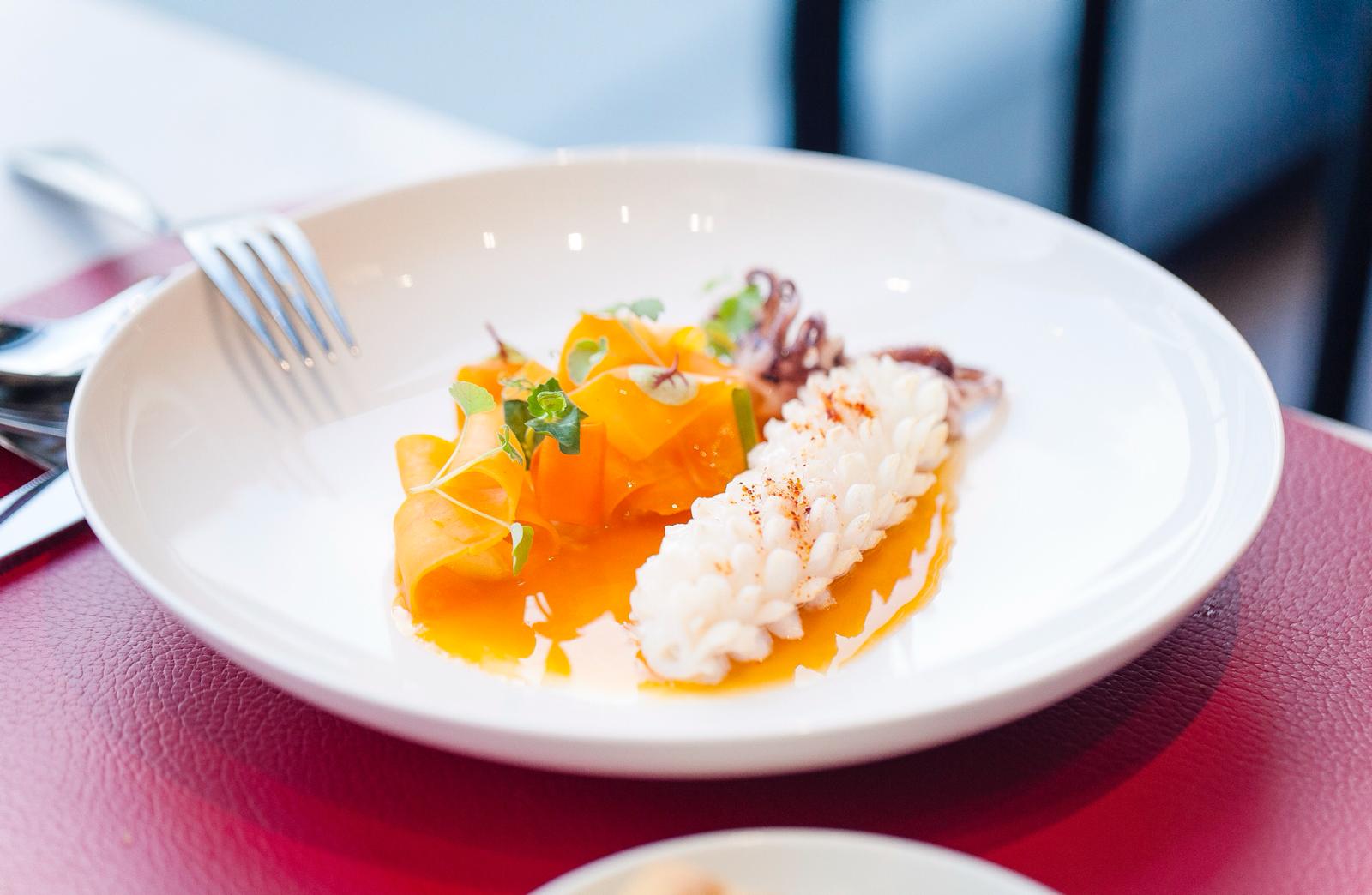 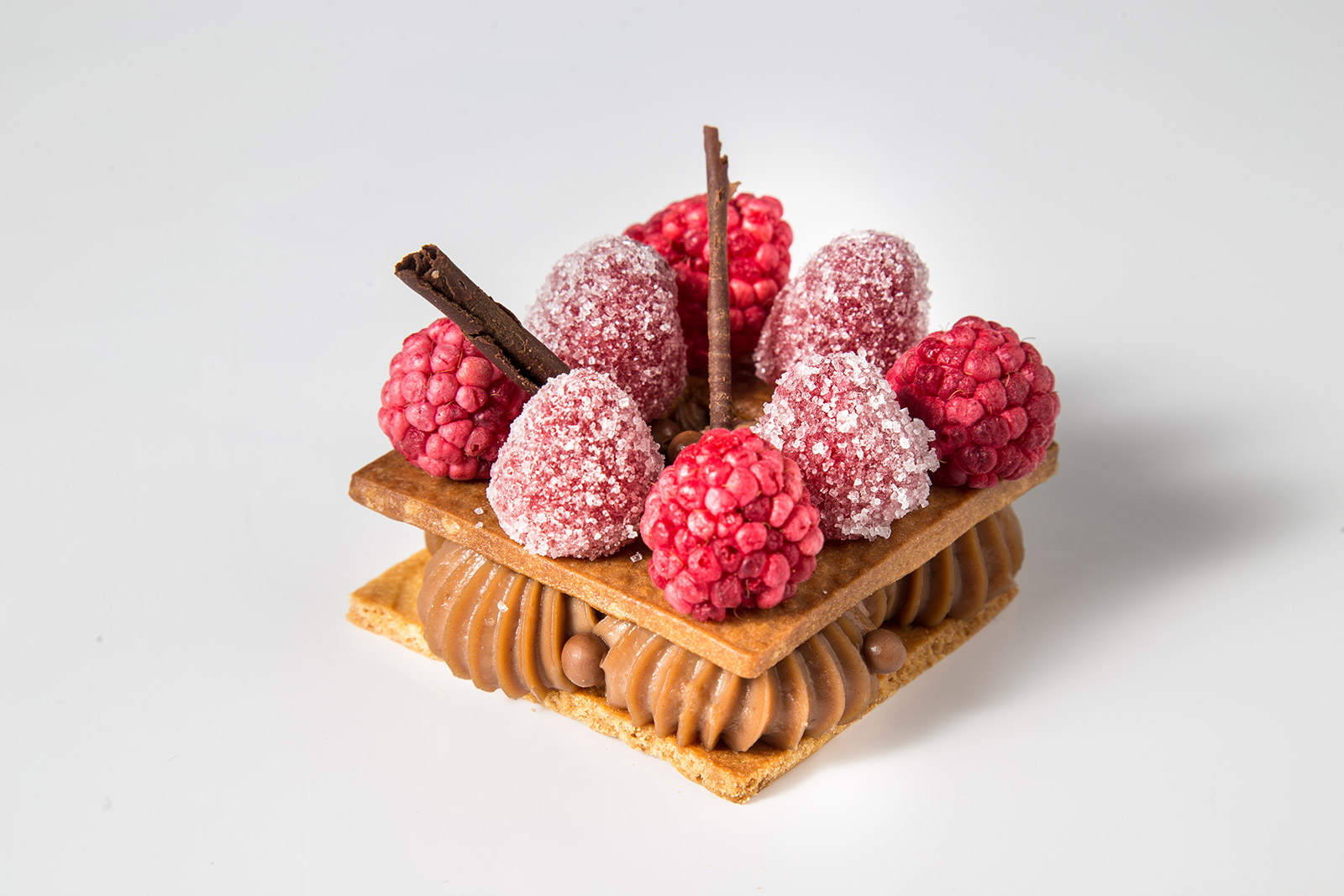 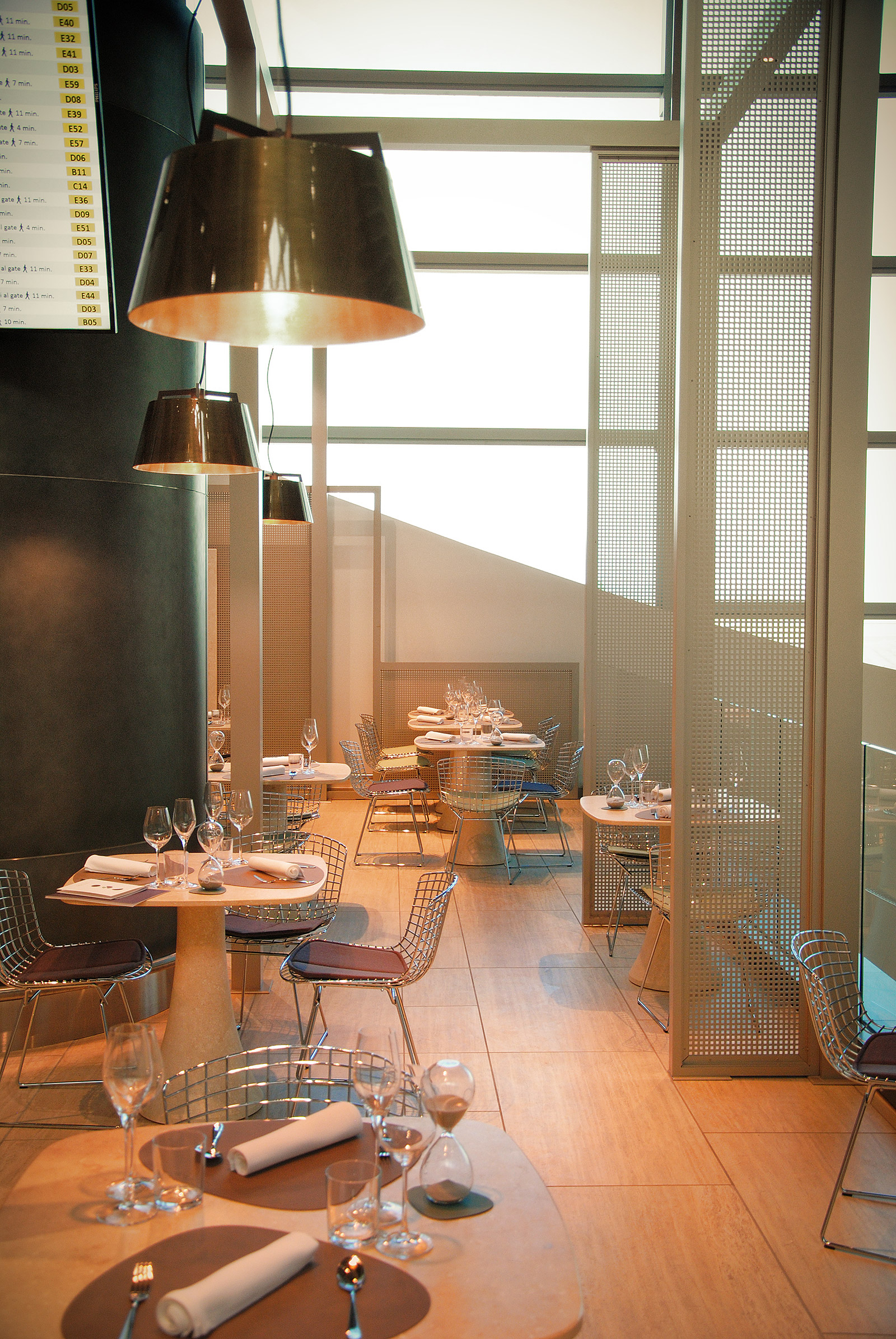 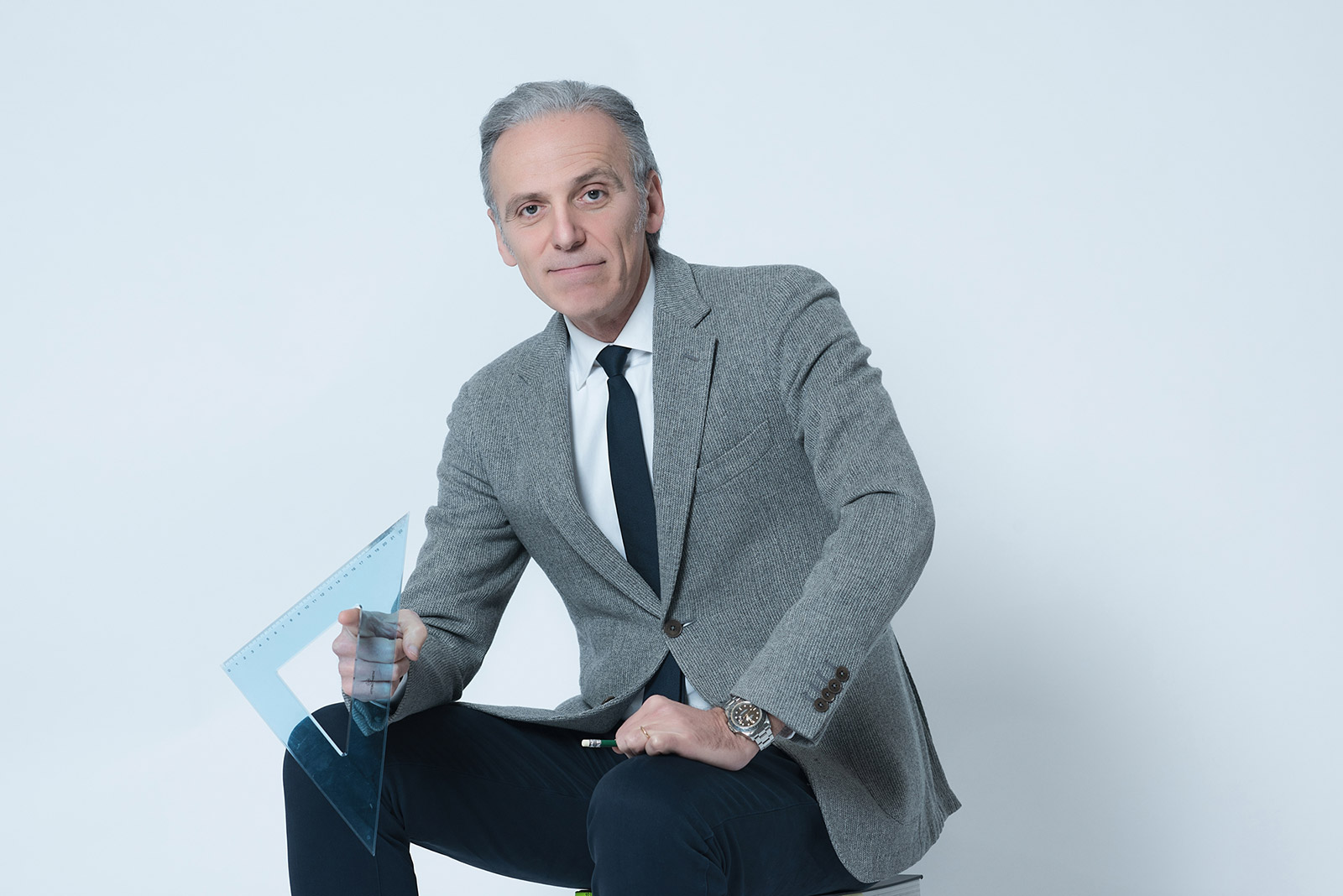 The space, designed by Massimo Iosa Ghini and made possible by the partnership between Beck & Maltese Consulting and Chef Express of the Cremonini Group, alludes to the idea of travel with its dynamic, wavy, sinuous lines. «Raw warm metals give the general tone», explains the designer in describing the space. As well as «sophisticated materials with a low environmental impact, Vicenza stone in the tables designed in the typical style of the studio, soft and functional high-quality Murano glass lights, in combination with technical lighting, in a space with a fast and fluid style that fits into the environment of this new airport dedicated to luxury» he continues. The restaurant, which won the “Foodservice Award” in 2017, recently also won the “Best Restaurant in Mobility” from “La Liste”, one of the most influential international selections of haute cuisine restaurants. The success of Attimi by Heinz Beck is confirmed by the recent opening of a new venue inside the food court of the CityLife Shopping District. In this case, the designer of the venue – with the formula extended to include a Bar Bistrot with a rich calendar of events and a large outdoor space – was Fabio Novembre.