Art at the service of “healthy eating”; to fight problems such as obesity and other pathologies, especially in children, caused by consuming excessive amounts of fats and sodas with sugar. This is the challenge launched by a group of young artists who use the power of images and mix the cartoon style with the most innovative techniques and 3D language, as their contribution to the fight against junk food.

Plant Power is the title of the series created by London designers and illustrators Design Lad, specialized in 3D illustration, typography and animation. In five illustrations, “vegetable”-people literally fight and win against giant sandwiches, fried meatballs, hot dogs and candy. They are accompanied by nutritional suggestions: avocado, “power” shakes for breakfast, broccoli burritos (better than their name implies, say the designers) for lunch, and for dinner, soup and carrot burgers, for dessert blondies with chickpeas and chocolate. And for a snack, corn donuts. 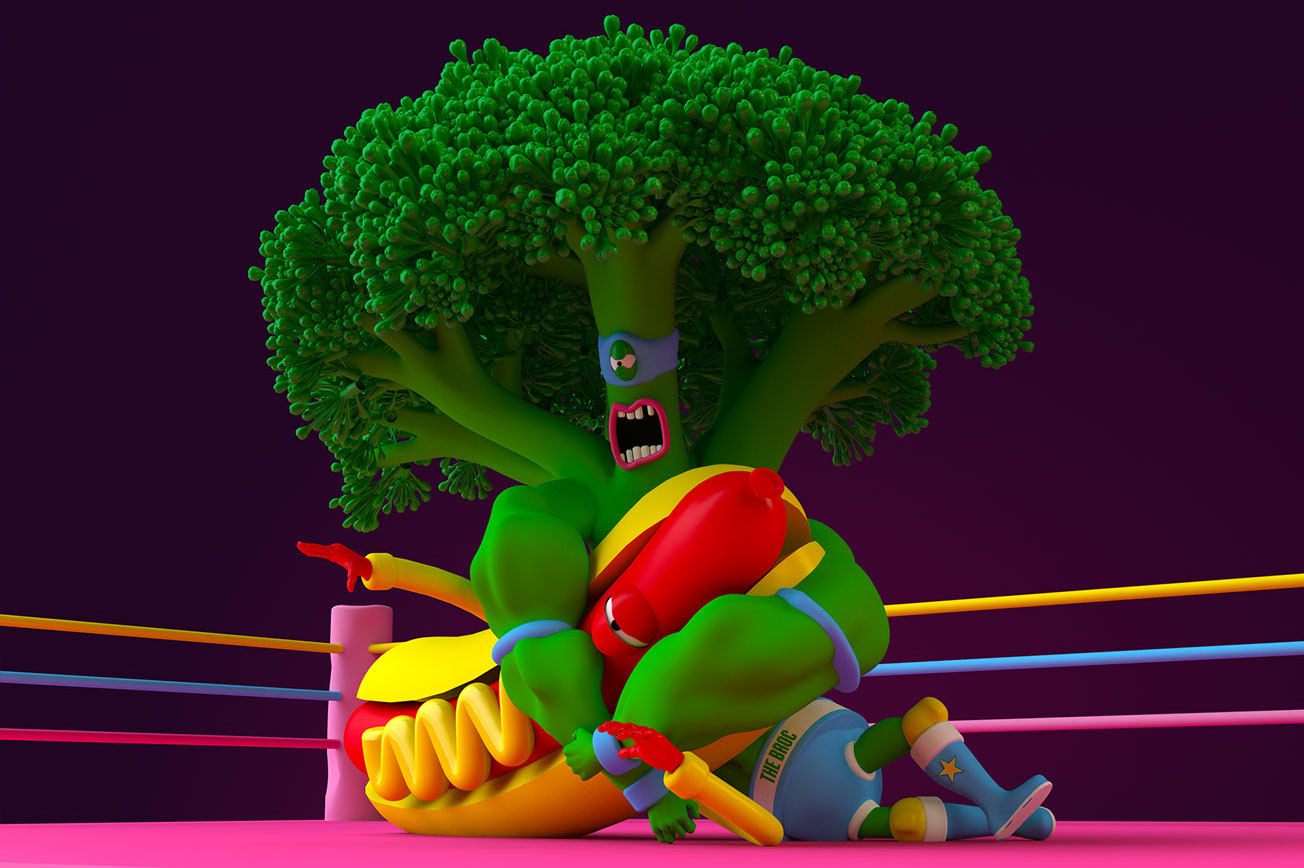 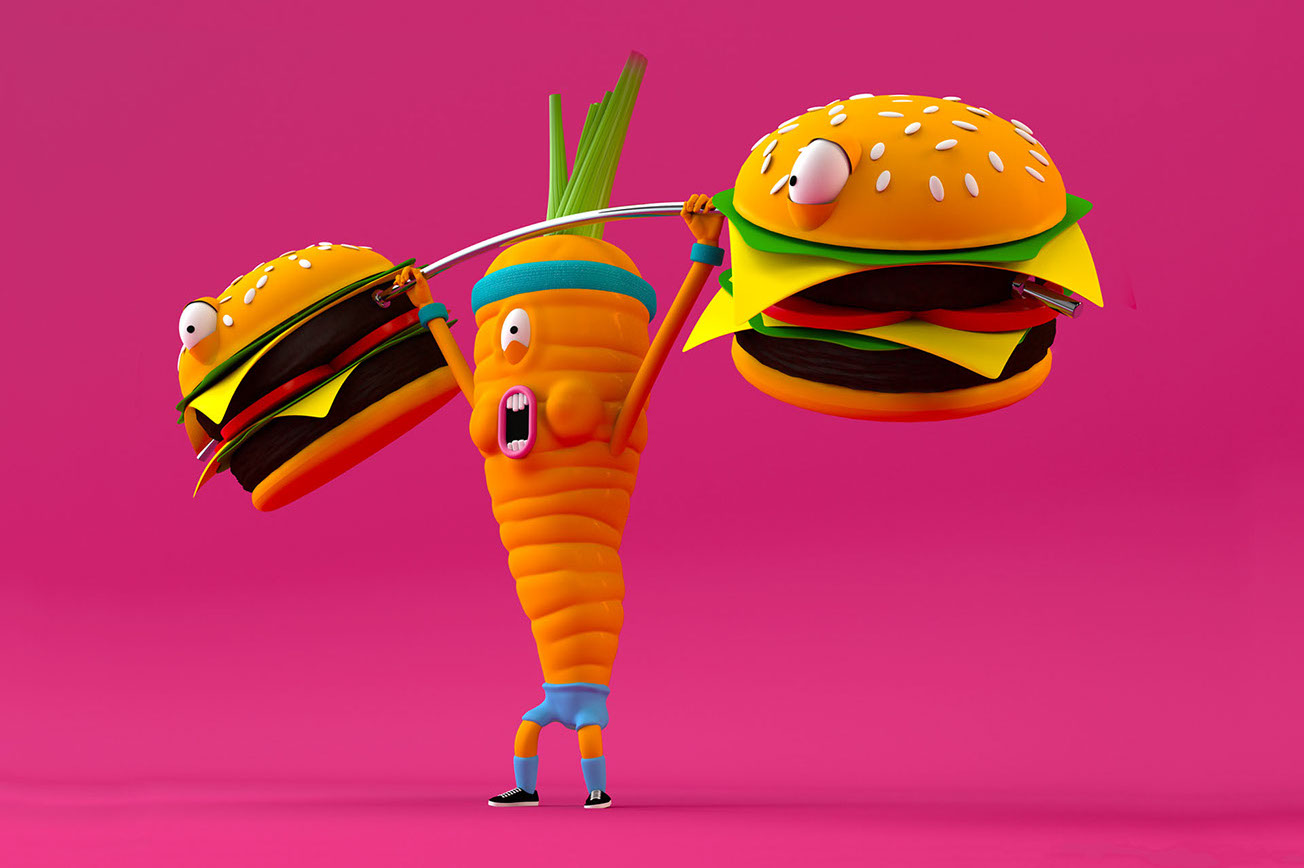 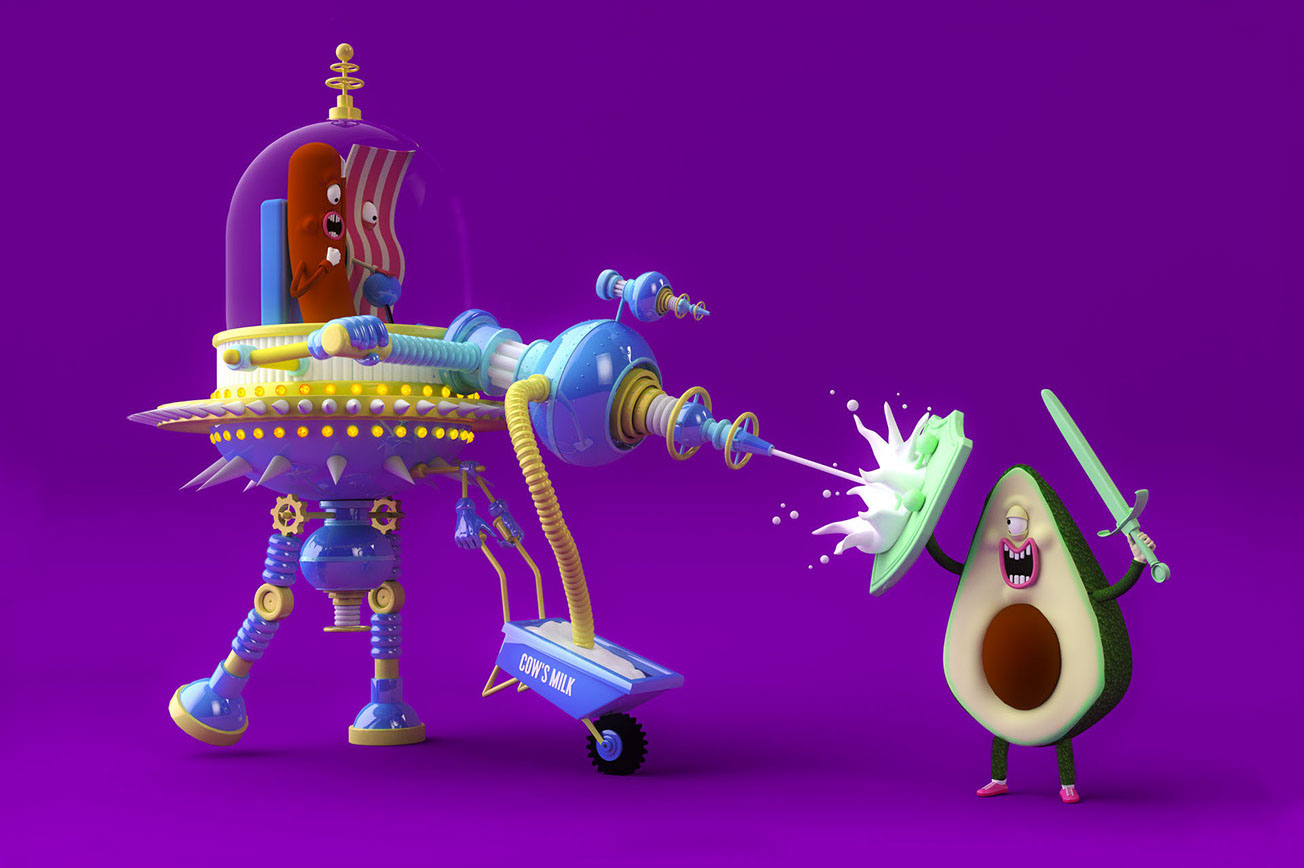 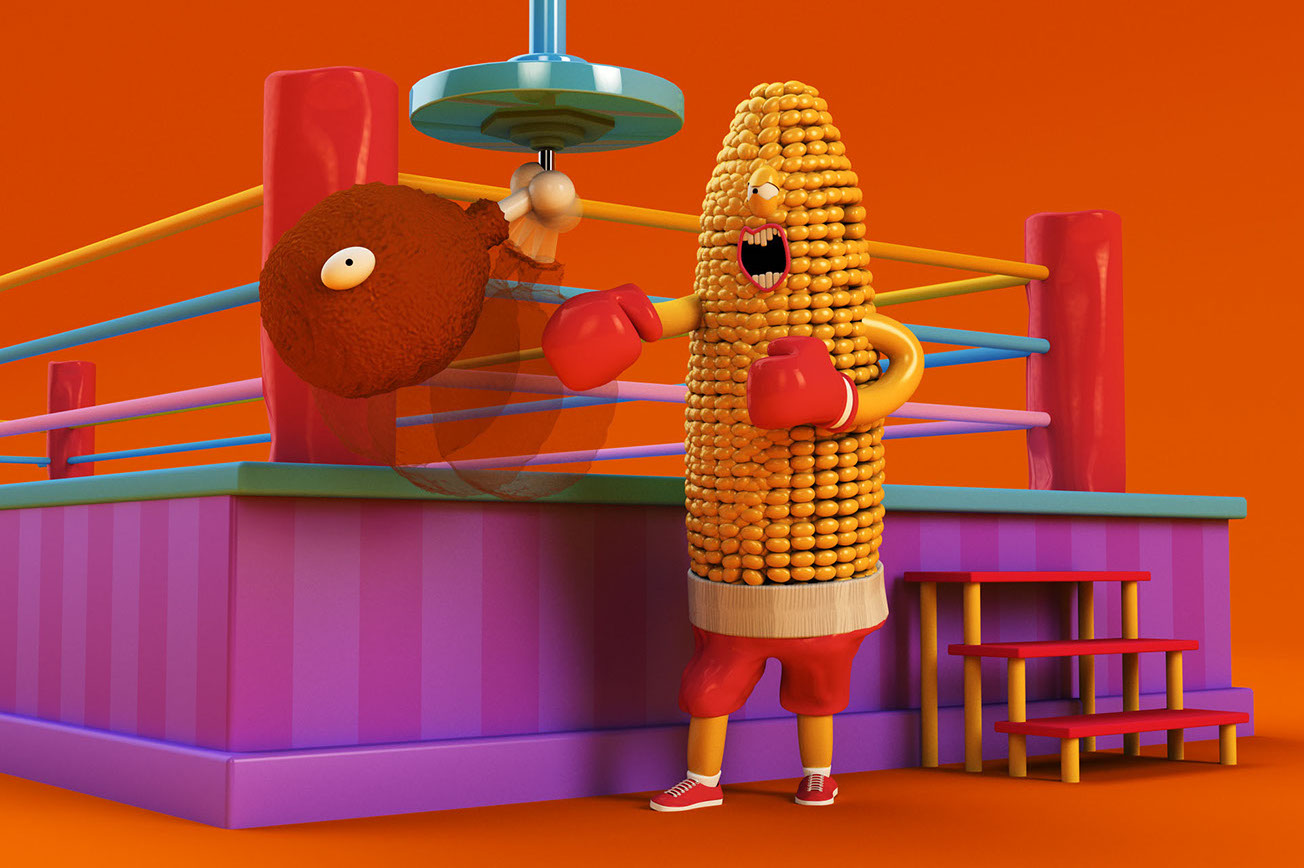 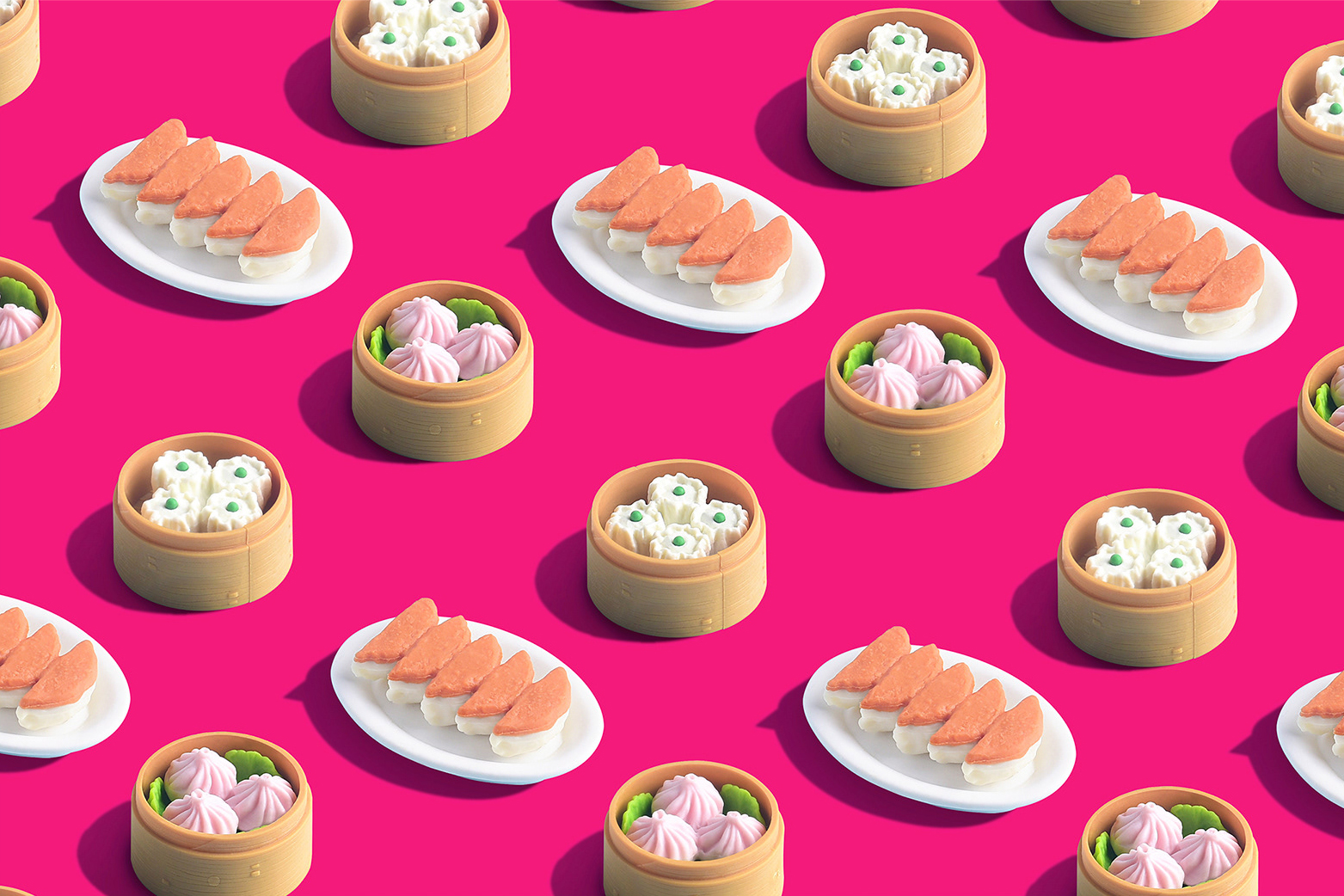 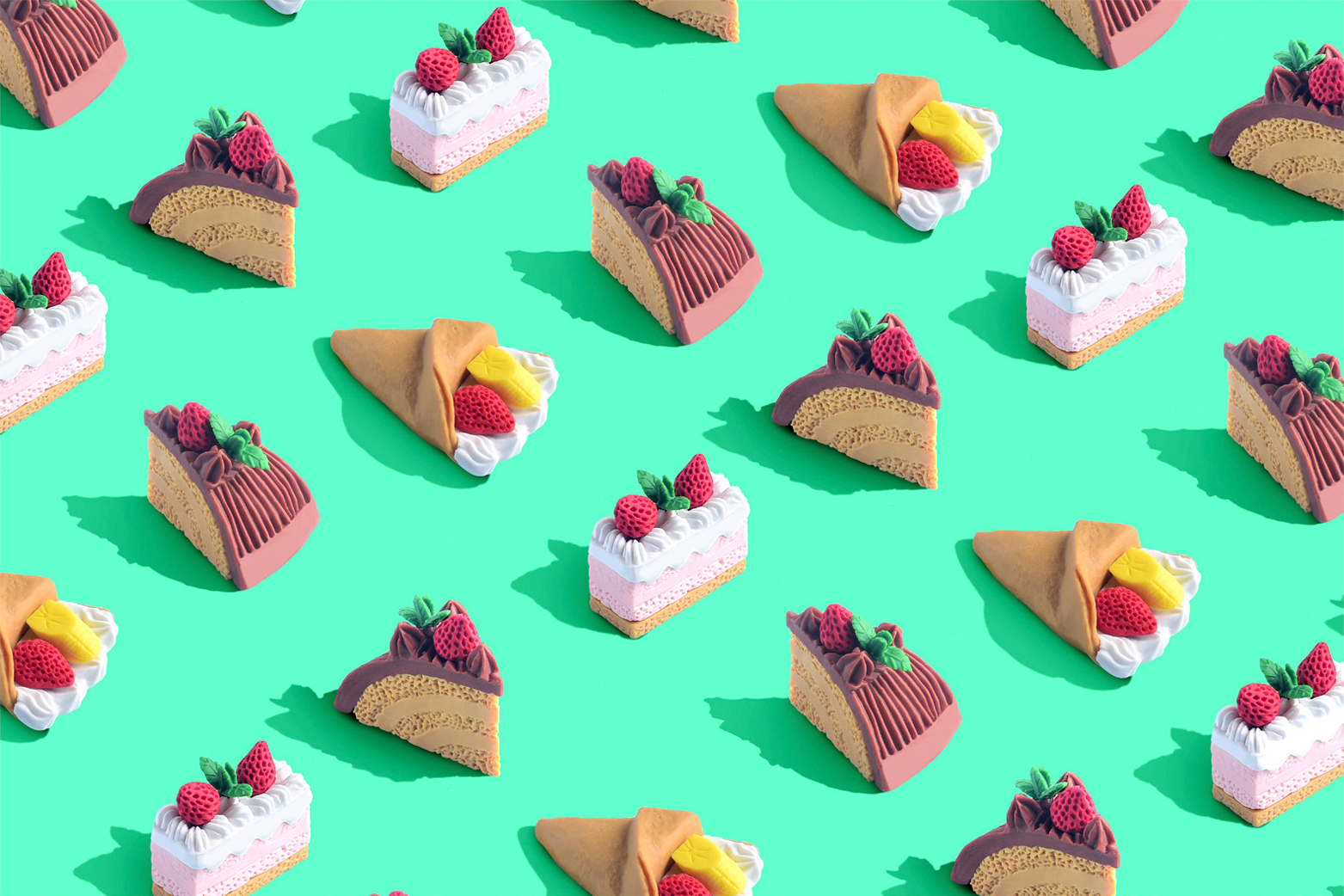 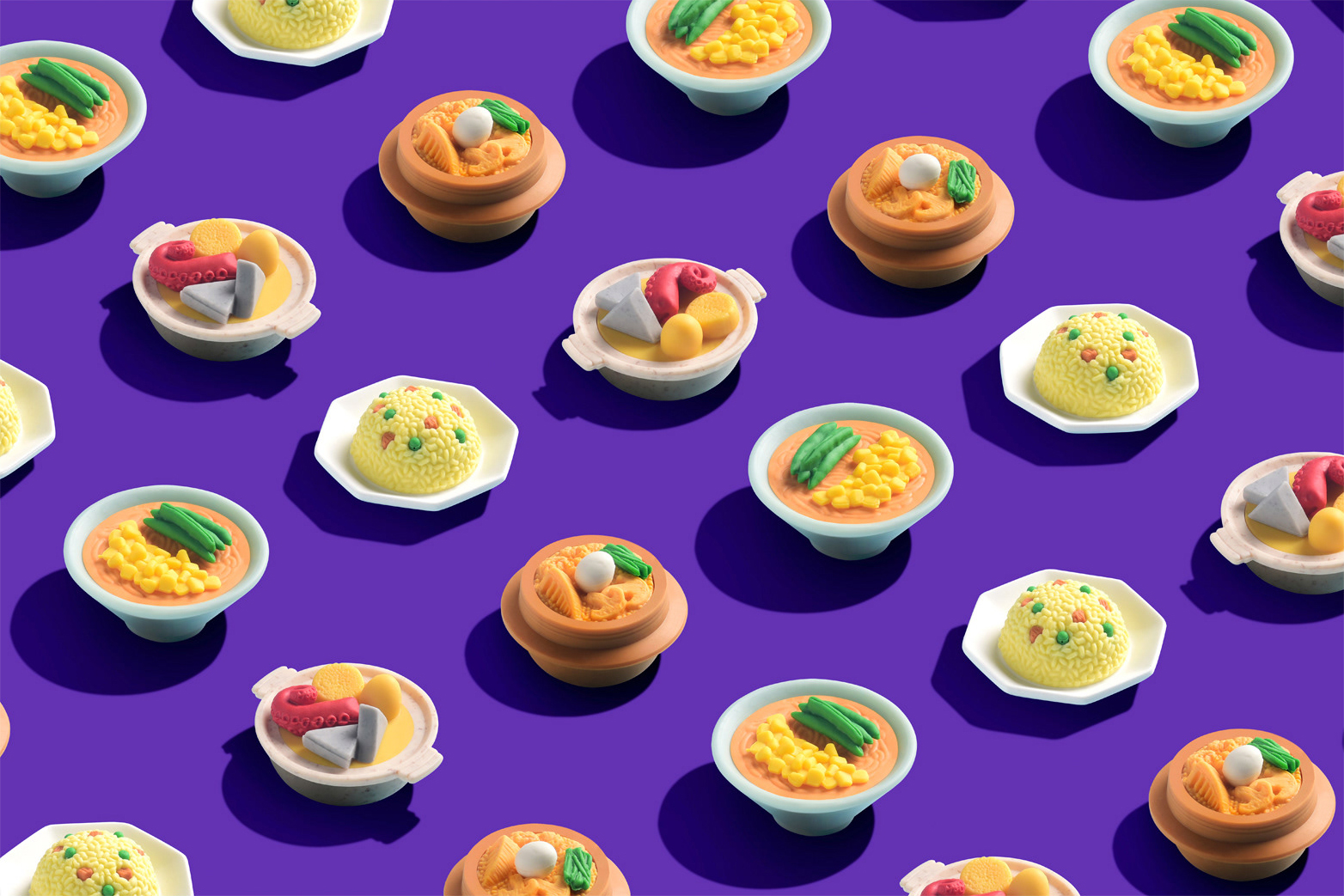 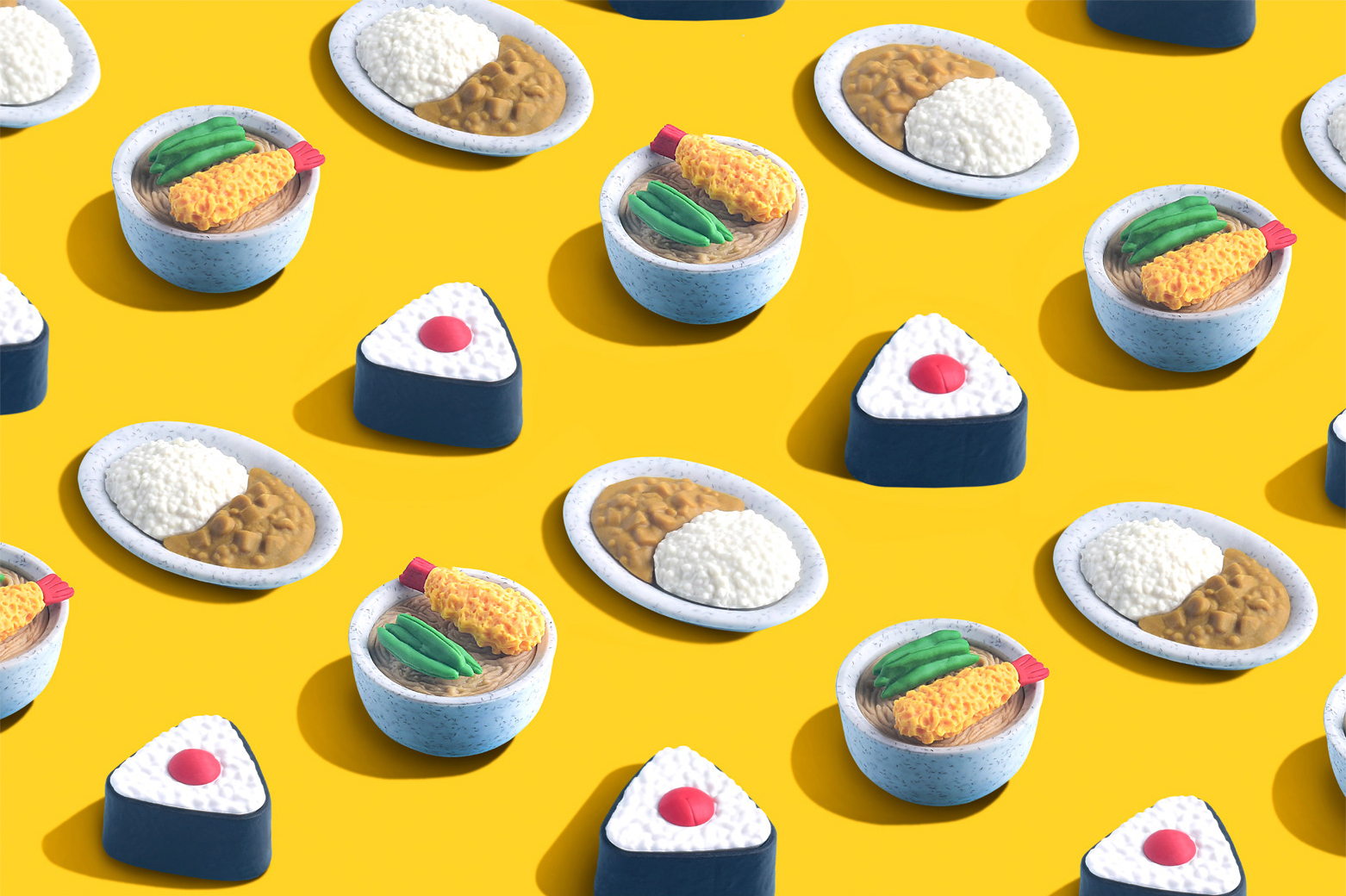 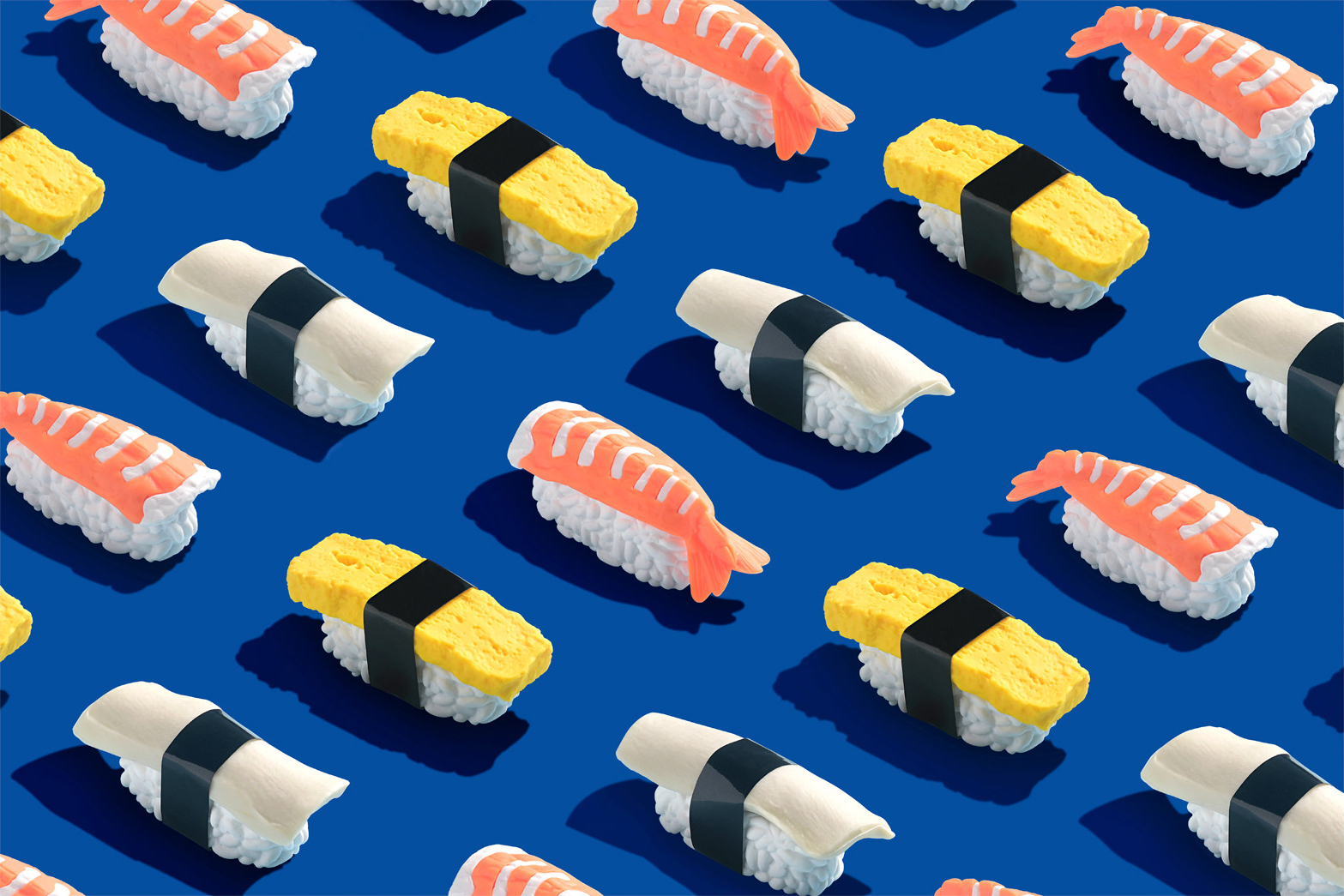 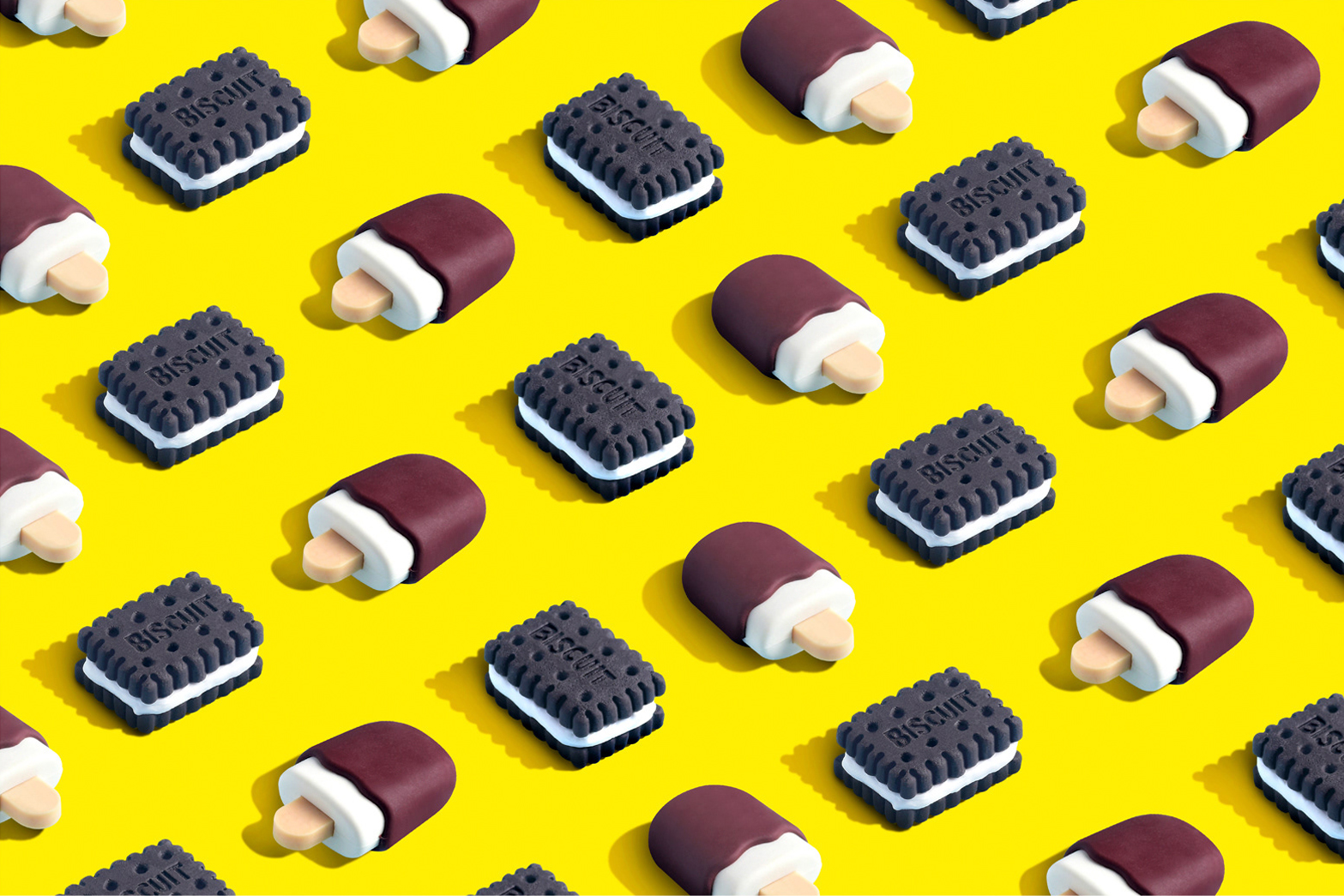 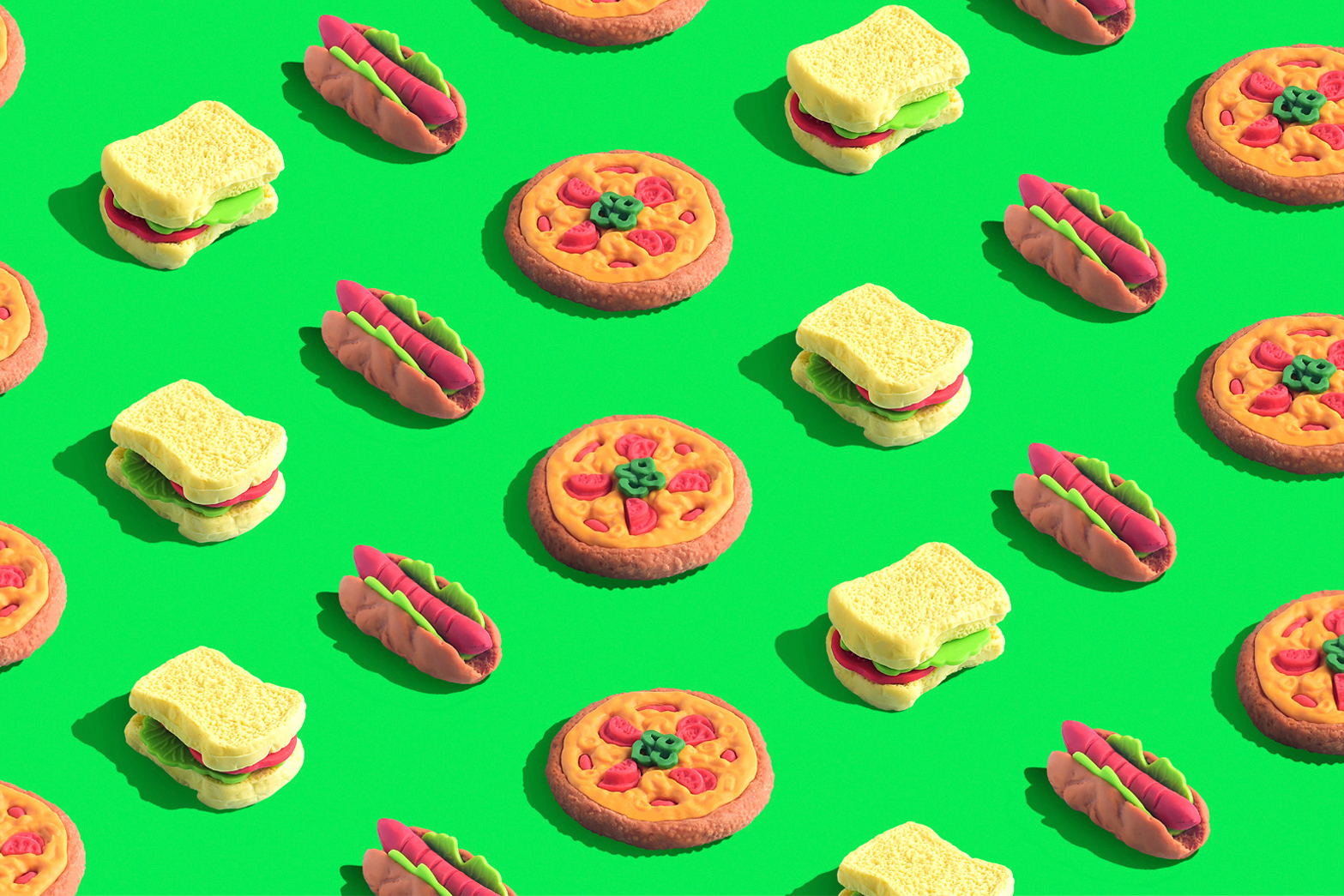 Fighting the use of chemical additives in food is the goal of the Eraser Food series created by graphic designer Pratik Parulekar from California. The stars of the series are hamburgers, pizzas, ice cream, cookies and pieces of cake, foods with a base of azodicarbonamide, an additive that serves to bleach foods, flour in particular.

In the headlines recently was a revisitation of the “Last Supper” by artist Carmelo Arnoldin from Trento: The Last Supper is a “metal tapestry” made of the waste of thousands of soda cans that create a gigantic nature morte  of junk food.

In Rome last year, the exhibition spaces of “Il Margutta Veggy Food & Art” hosted a collective of 12 artists and 16 works. And the “Junk Food” exhibition – organized by Tina Vannini and curated by Francesca Barbi Marinetti and Marcello Francolini – was followed by an online petition demanding further regulation of the food industry.

While it’s true that Italy is not ranked among the highest in terms of obesity, it is also true that obesity among children is slowly increasing in our country. According to the results of an investigation by the World Health Organization presented last October, our country is among those who have not adopted adequate measures to fight junk food, apart from applying the European Recommendation that recommends avoiding advertising junk foods on mass-media when at least 35% of the audience is under the age of 12. One of the European countries that has announced a war against junk food is the United Kingdom, in pole position in this effort. The British government wants to prohibit the sale of snacks and chocolates at the cash registers of supermarkets as part of a plan, announced by the Ministry of Health, to cut the number of obese children in half by 2030. Starting February 25th 2019, in all the bus and subway stations in London, it will be against the law to advertise “junk food”, from snacks to potato chips, sodas to hot dogs. Junk food will also be off-limits on trains, streetcars and riverboats.

France has decided to join the effort too: last September the Parliament presented a report – the work-product of a Commission to investigate industrial foods – that proposed to reduce the number of additives contained in ready-to-eat food by the year 2025, from the current number of 338 to just 48, on a par with organic foods.