It’s not 2020 yet, but preparations are moving forward rapidly for the most important international events. Art Week in Milan is no exception: it will feature a rich programme of events, inaugurations and special openings of museums and private collections, serving as a showcase for the major actors in the field around Milan. And next year, one of the protagonists will be the Fondazione Nicola Trussardi which for the year 2020 has begun a collaboration with artist Olafur Eliasson. The work, titled “The Collectivity Project” and curated by Massimiliano Gioni, is a participatory installation made up of thousands of LEGO® blocks which visitors will use to create an imaginary urban landscape.

There is no word yet on where it will take place, even though the Fondazione Trussardi announces that it will find space in an iconic location in the centre of Milan.

A site-specific project promoted by the Foundation that in recent years has led to interesting and suggestive artistic works that can change the face of parts of the urban fabric in Milan, though only temporarily. One among many was “Sacrilege”: a gigantic inflatable installation by English artist Jeremy Deller who in 2018 brought the archaeological site of Stonehenge into the sculpture garden of CityLife. In 2019, the Fondazione collaborated with Ibrahim Mahama, the artist from Ghana, who gave life to the urban-scale work “A Friend”, composed of hundreds of burlap sacks and conceived for the two customs gates of Porta Venezia.

Con With The Collectivity Project, from April 14th to Sunday May 3rd 2020, the public will be invited to design, build and rethink a large imaginary landscape

A sort of constantly-evolving city transformed every day by passers-by who will give form to their imagination with the two tons of white LEGO® pieces distributed on large tables that will serve as a base for this miniature metropolis. Built for the first time in Tirana in 2005, for the third Biennial of the Albanian capital, The Collectivity Project went to Oslo in 2006, then Copenhagen in 2008, and finally to New York in 2015, for an event on the High Line, perhaps the most famous elevated linear park in the world. 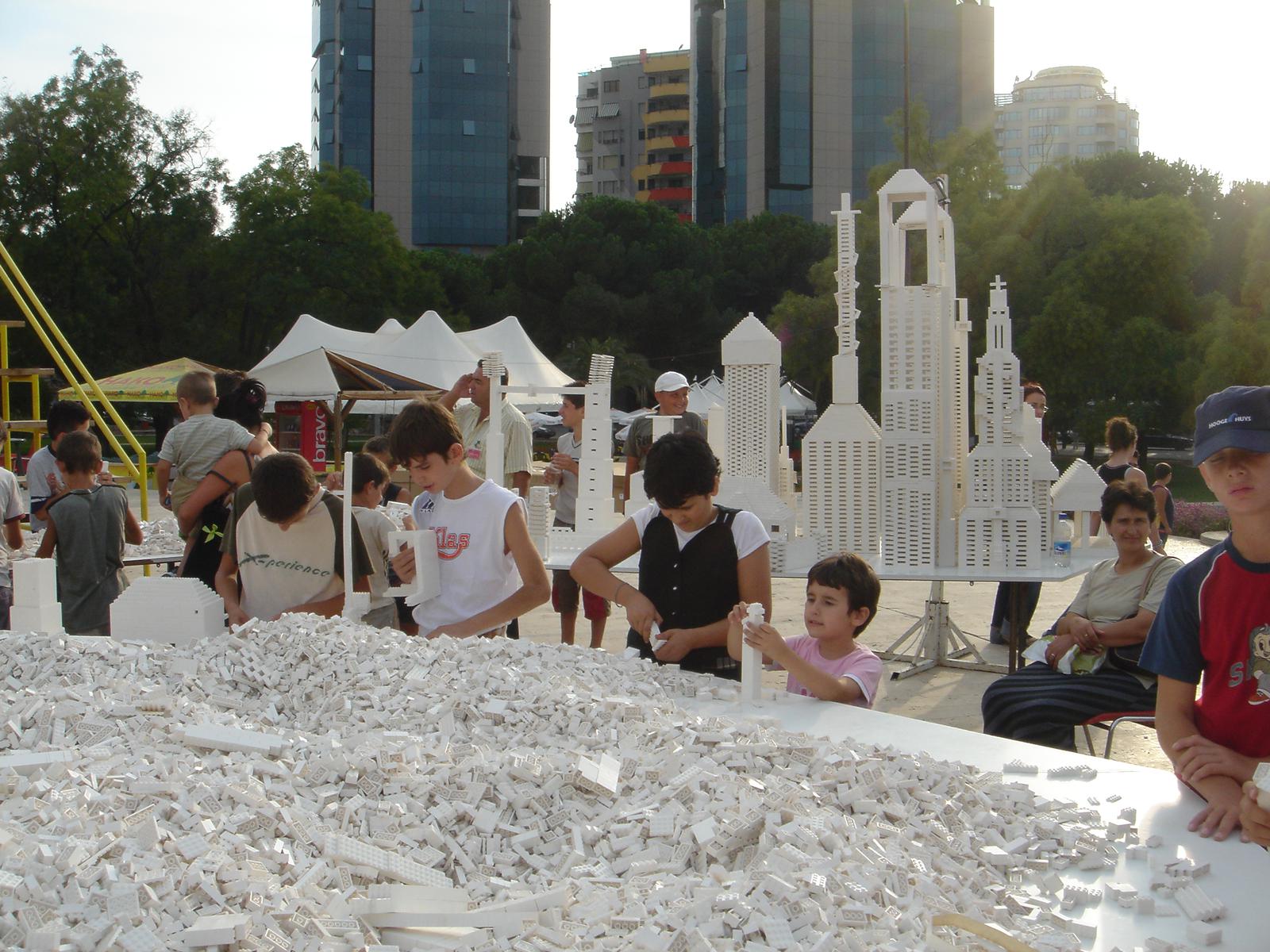 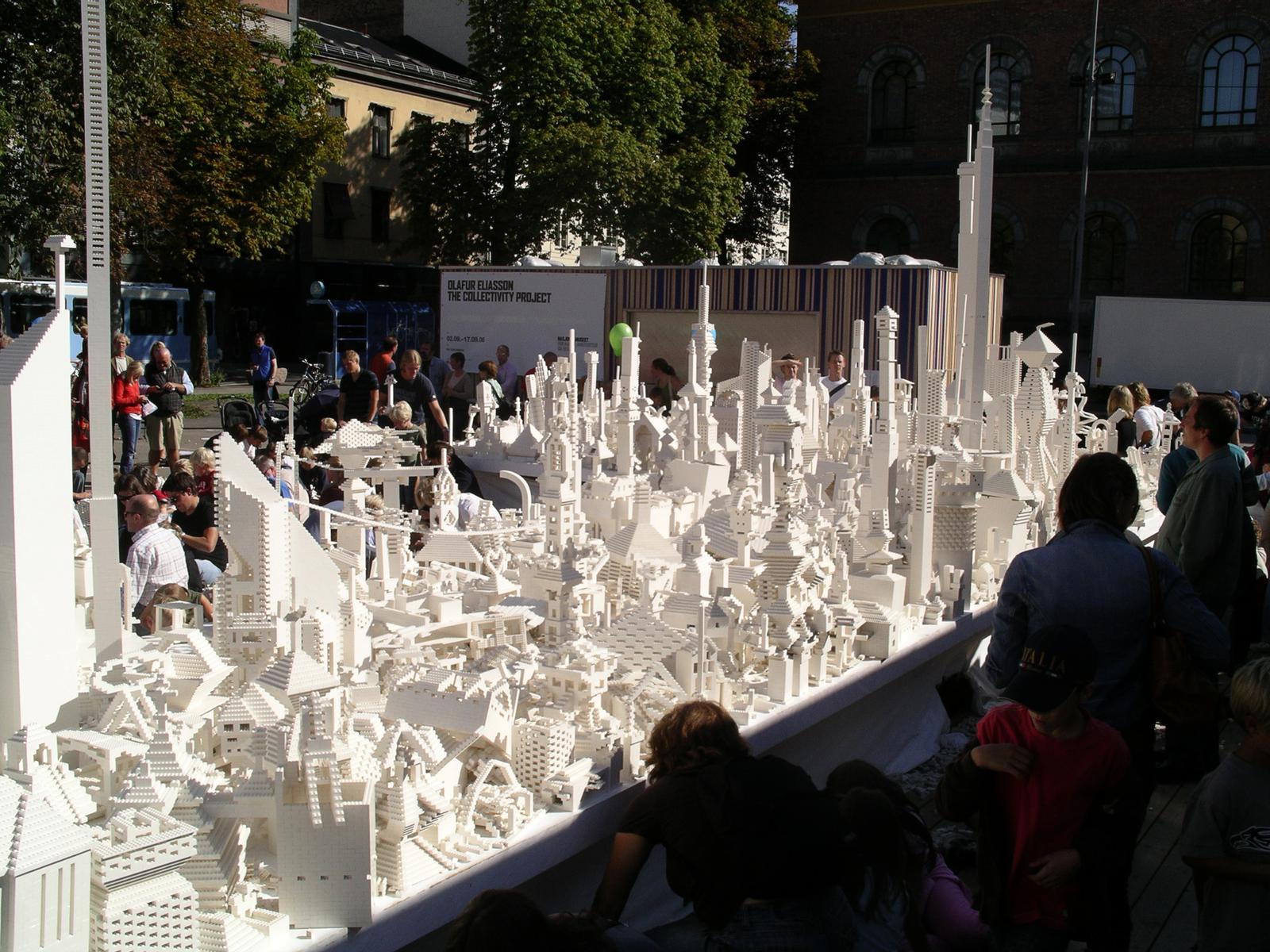 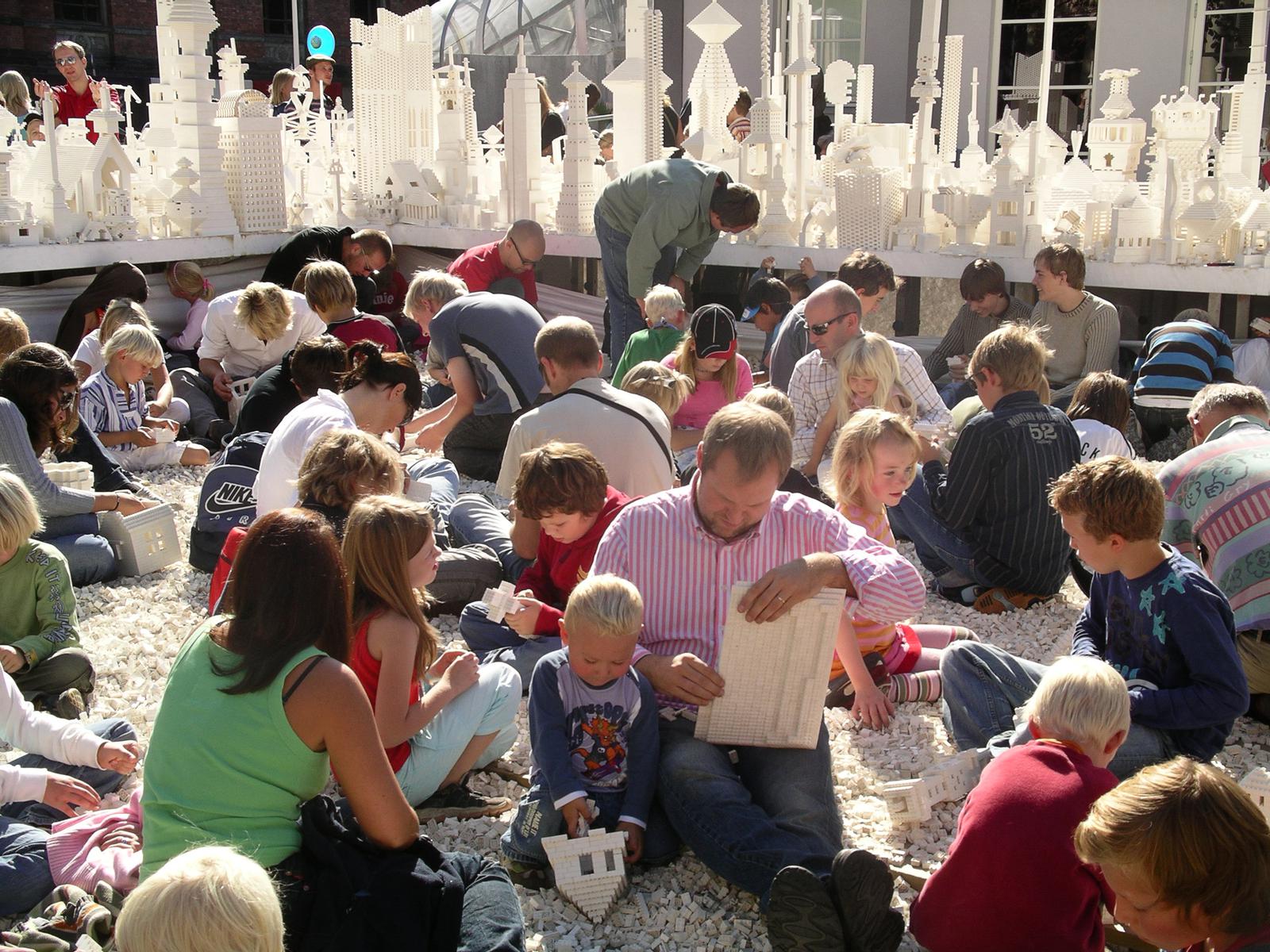 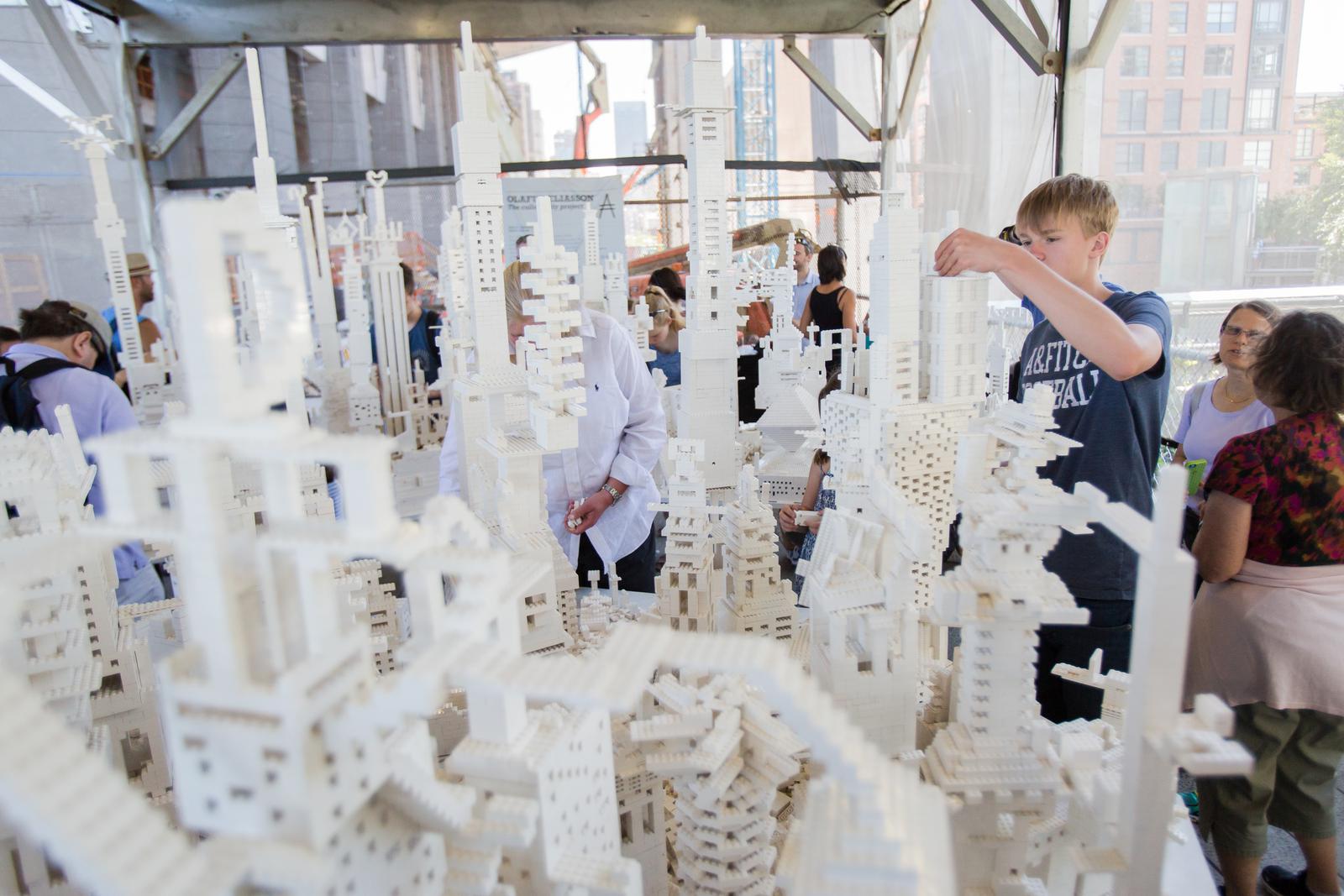 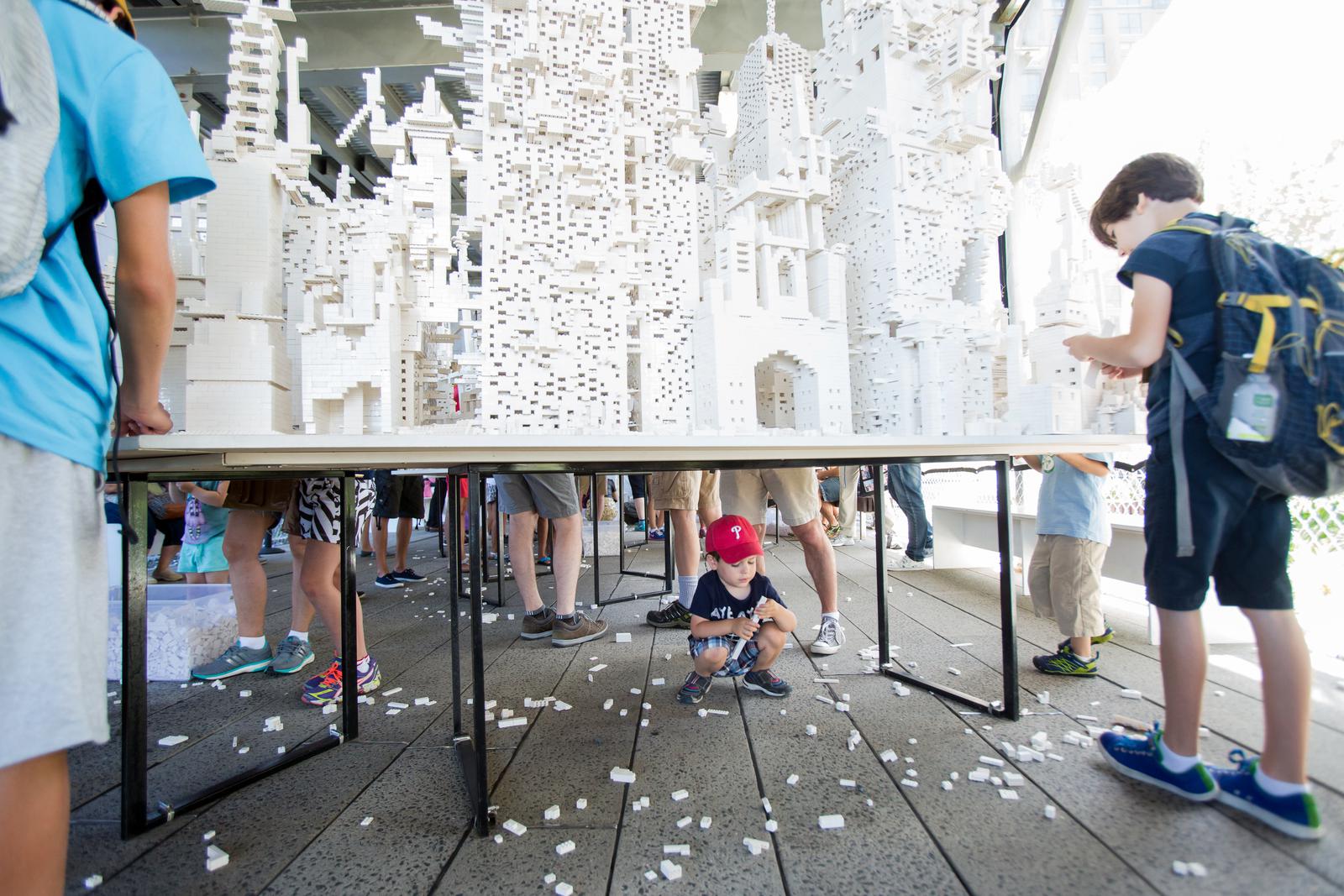 The purpose of Eliasson’s project is to generate a place where conversation and the exchange between people can give life to a large collective work: everybody does his part without any coordination of the development. Something very similar to what is taking place in modern metropolises, such as Milan itself, where a growing number of regeneration projects are changing the look of urban space. This is not a random comparison, if it is true that Eliasson is constantly experimenting in his artistic endeavours, which range from sculpture to photography and architecture, and explore the most urgent matters of our time such as sustainability and climate change.