Out of the collaboration between the Michelin-star chef and Carlotta Mastroianni, art advisor and founder of Ada, comes the “Zolle” programmend energy at Tortona Design Week. The value of exhibiting objects that have a soul

Is man an element of nature? Three artists in search of the answer to this question – Alice Paltrinieri, Viola Pantano and Donatella Spaziani – were selected for “Zolle“, the new artistic residency programme open to the public Sunday March 24 at the Antonello Colonna Resort.

The idea was conceived to support the work of young artists born in the Lazio region in order to connect them with their native land, giving them the opportunity to work at the resort in Labico for a month to create pieces that borrow their inspiration from the union of man and the natural environment. 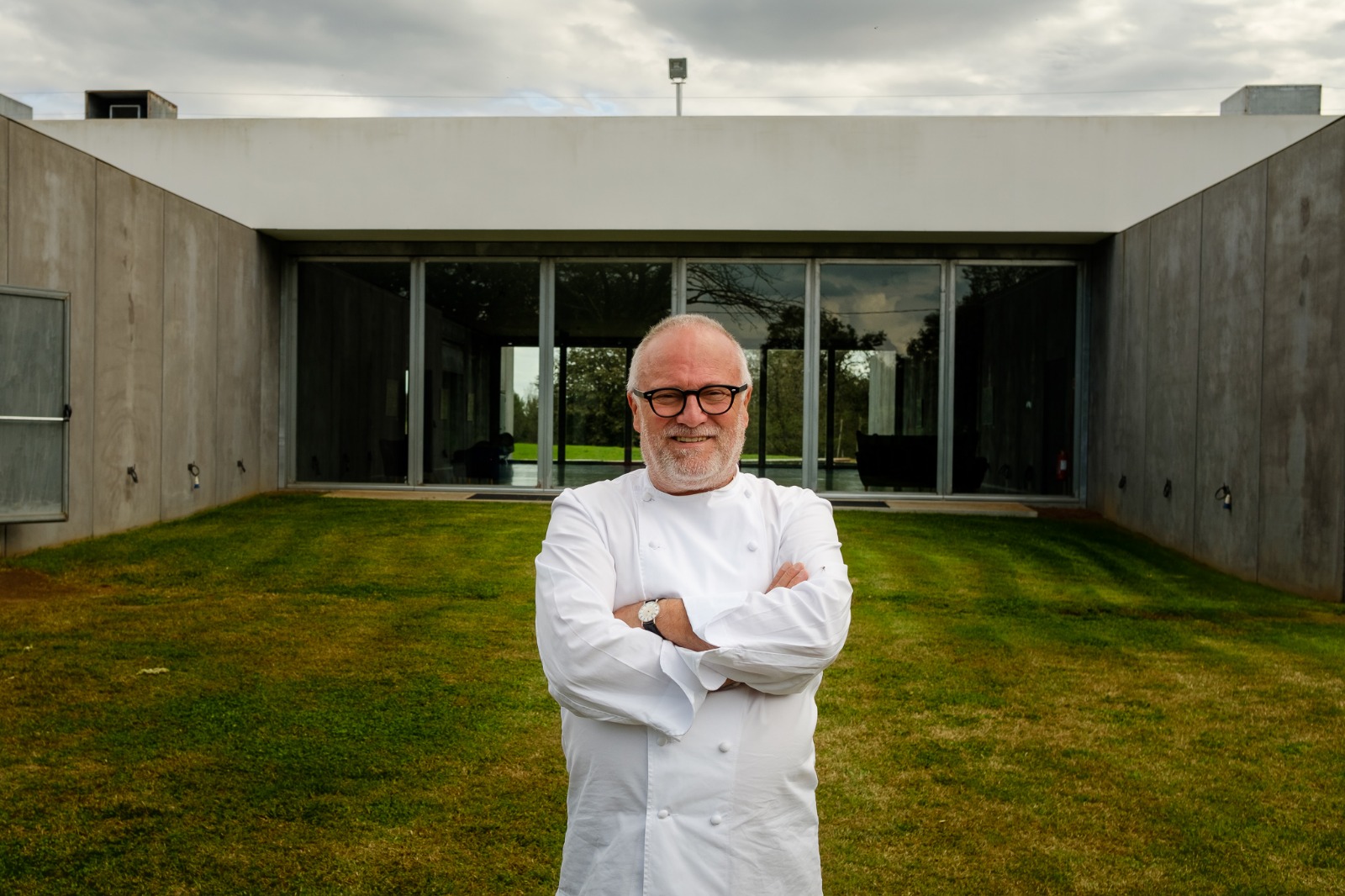 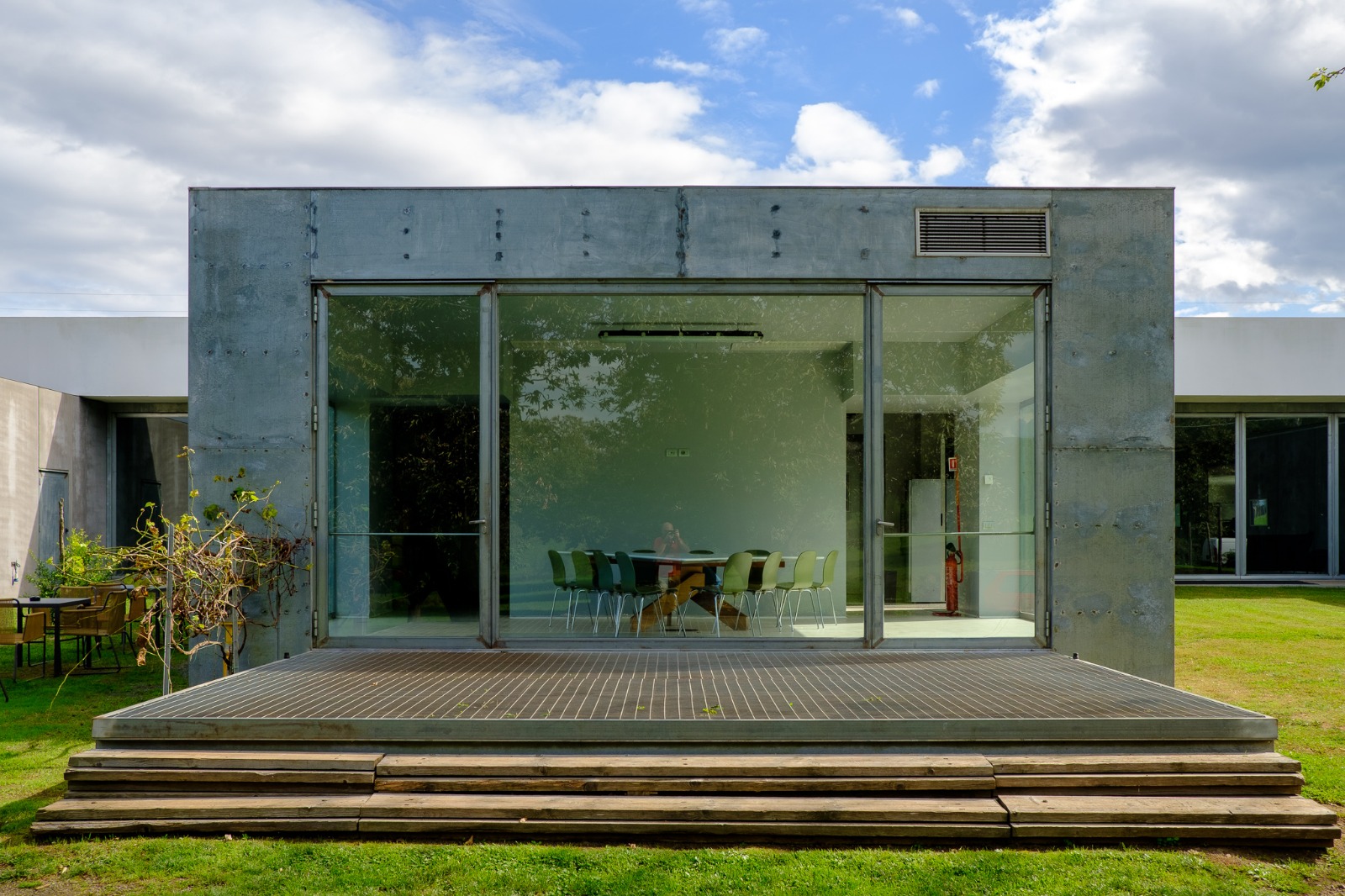 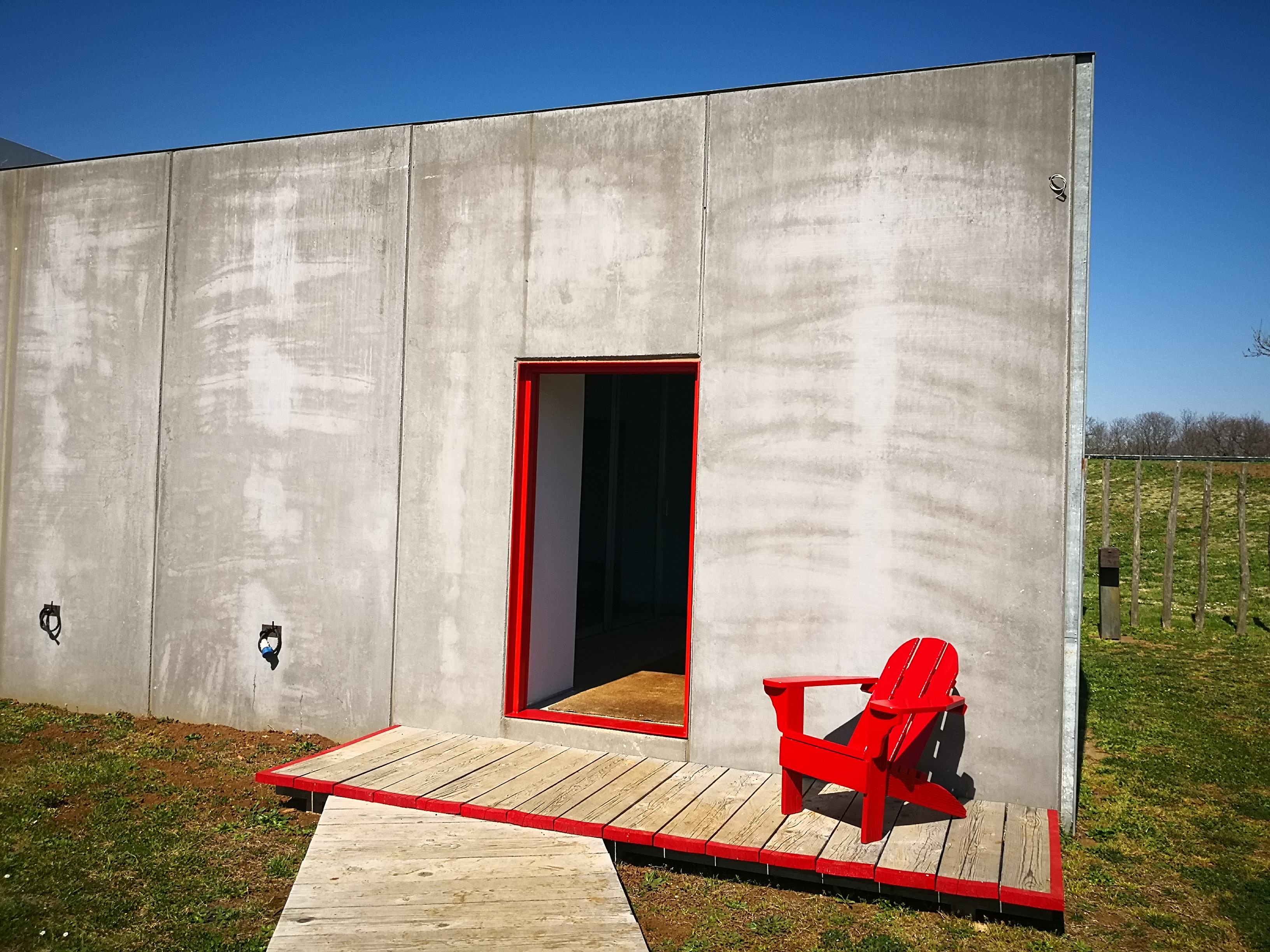 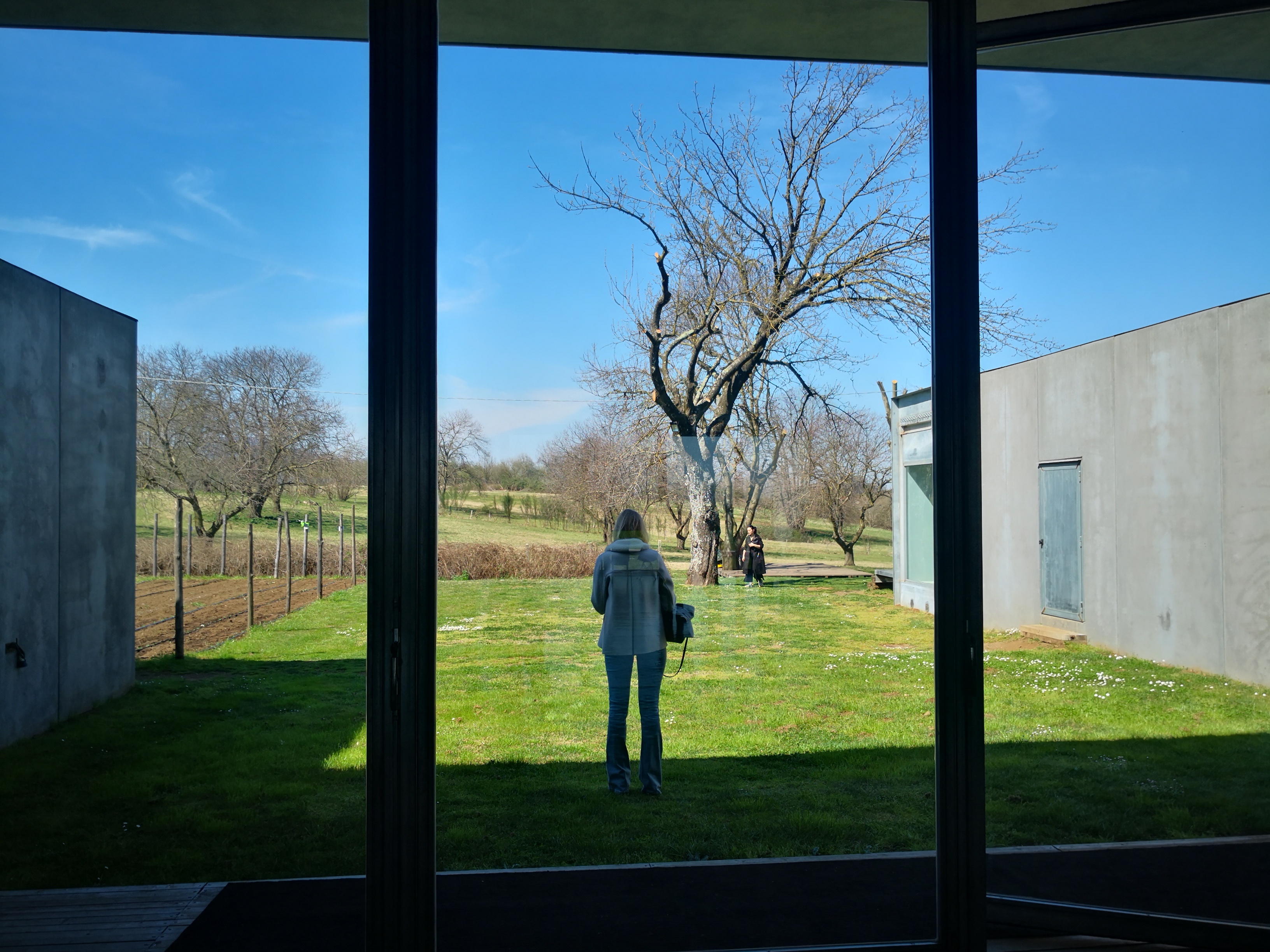 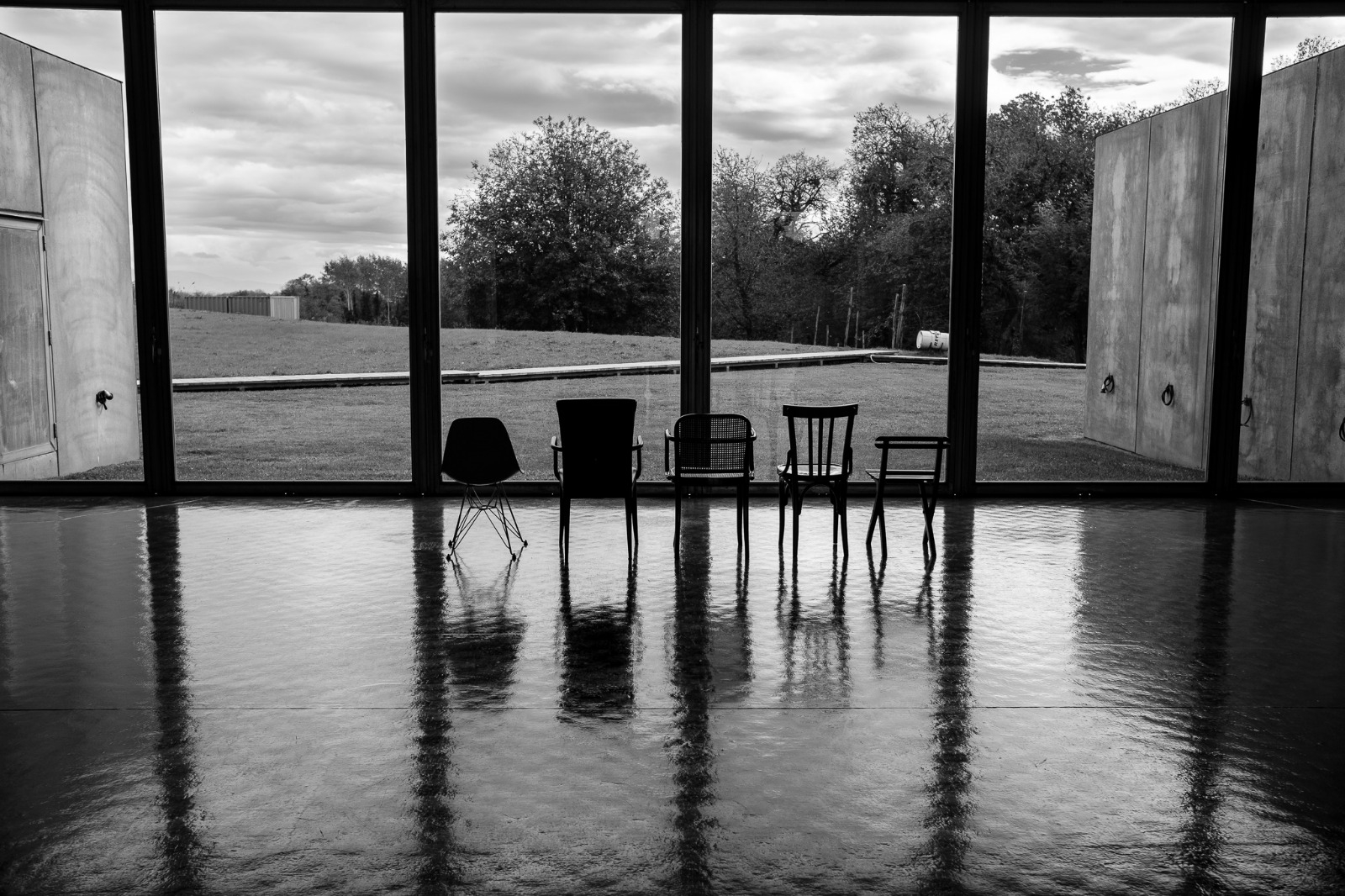 «Today we work on vegetable gardens with blockchains, but the real luxury is research – explained the Michelin-star chef Antonello Colonna. I am the guardian of this raging reality that I chose to build to invest on young people». To broaden the horizons, from food and hospitality to the provocation of putting the name “Zolle”, clumps of earth, on the programme created with the web platform Ada, founded by Carlotta Mastroianni (who was also the artistic advisor for the selection of the artists), to consult on investments into modern and contemporary art and collectors’ wines. «It all starts in the field – said the chef – which for me become cuisine».

In this project the practice is inverted, explains the curator Lorenzo Rubini: the artist “comes home” instead of going out to discover the world and the “other”

Through November 2019, the resort in Valle Fredda will be the venue for the solo exhibition by Alice Paltrinieri, the first of the three artists in this first edition which Carlotta Mastroianni defines as «experimental». She has worked in Rome and London, with Nina Fowler and Angela de La Cruz, in addition to a collaboration with Lawrence Carrol from the United States; she currently serves as assistant to maestro Pizzi Cannella in his atelier in the historic Pastificio Cerere di San Lorenzo in Rome.

«Alice Paltrinieri, explains Rubini, works directly in the space in Labico, studies its material configuration as well the essence of the everyday that vitalizes this place, to not only foster a closer bond with the territory, but to become its extension. The artist’s work explores the smallest details which often remain unobserved, and highlights their importance for a more complex understanding of the place, which translates into a personal exploration of self». 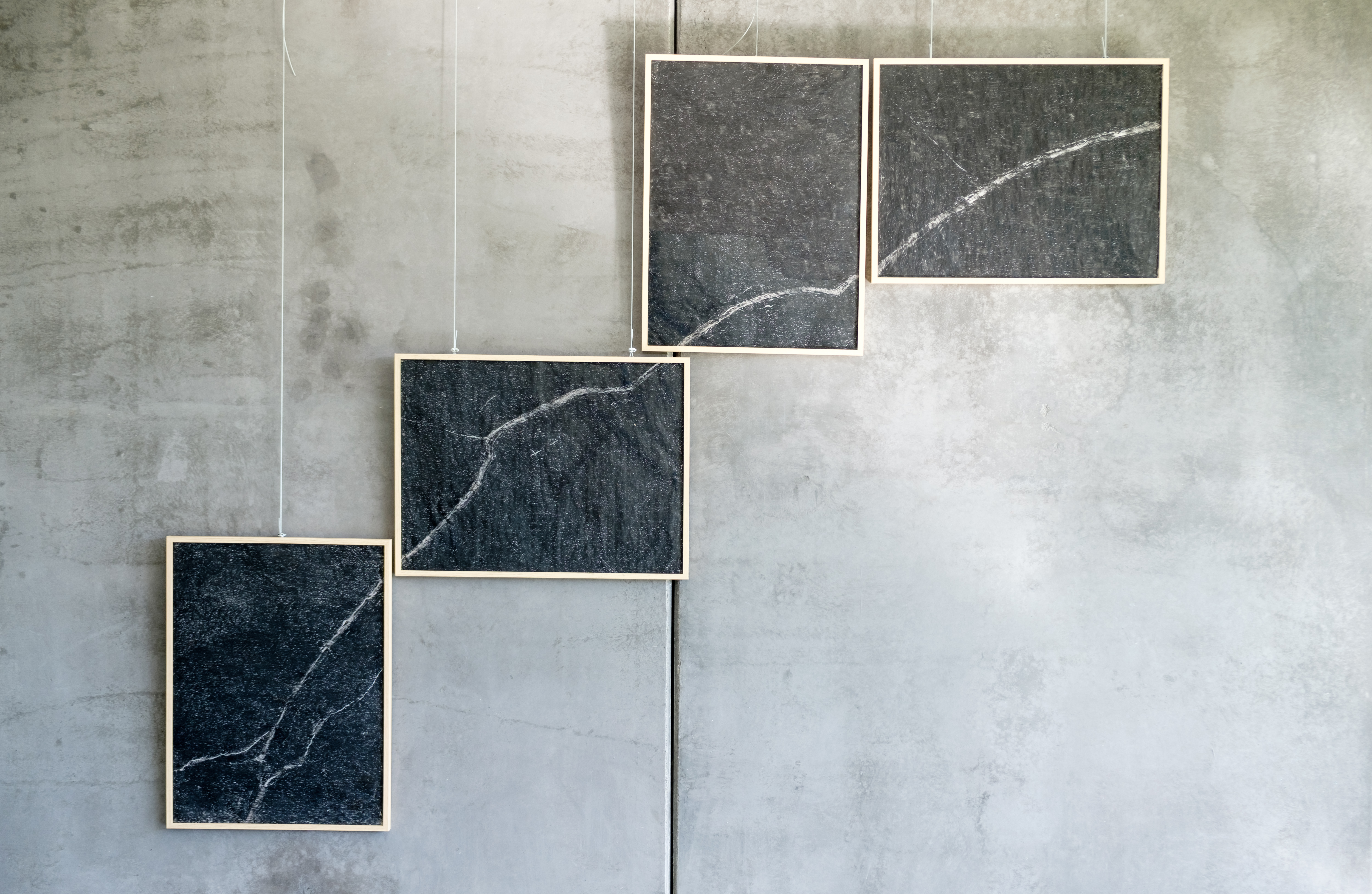 And so the fractures in the resin of the floor rise up to the surface of the paper, in two series of works that borrow the dark tones of the earth. Found iron beams and mirrors are turned into an installation in the main hall of the resort, the outcome of a story she heard during her stay at the resort. It stands in the place where the architects from the Aniello Tasca studio had extended a wire from the hill to the two trees in front of the entrance before beginning the actual design work: it fills a void and reconstructs a memory, reflecting the surrounding environment in a small mirror, and building on the idea of connection between the natural and built environments on which the entire resort is based.

«The principle we observed in the design was to insert a structure with a well-defined plan that would have as little impact as possible on the territory, explains the architect Francesco Aniello. Every clump of earth needed to stay in its place». And so the structure, an industrial pre-fabricated type assembled on site with large glazed windows opening onto the view, plays with the mathematical rhythm of the repetitive 2×4-metre elements, while the central tunnel on which the spaces are built consists of repeated 3×3-metre elements. «Nature is framed by the geometric forms of the windows, continues the architect, reconstructing the space that has been taken away from the land with a platform that can be walked on (100×20 metres), which “takes back the sky” that is usually lost when spaces are covered by a roof. The platform is accessible only from the outdoors», even though it is functionally integrated into the resort.