The kitchen of the restaurant on the ground floor of The Student Hotel in Florence is headed by chef Barbaglini. Interior design by Q-bic. 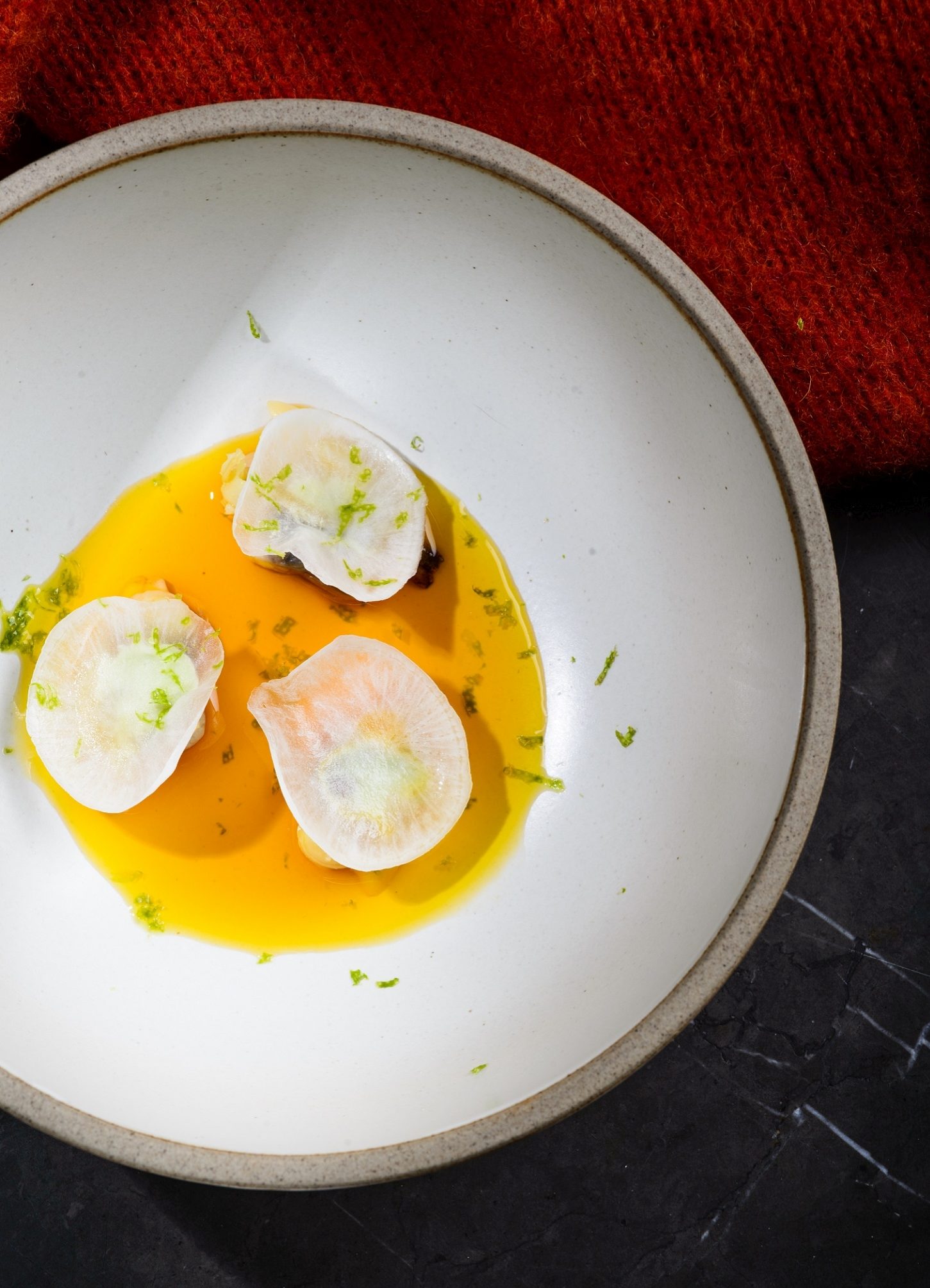 The first The Student Hotel opened in Florence, and founded by Scottish entrepreneur Charlie MacGregor, has brought the winds of change that the city hasn’t seen in a while. “Modern hospitality in a historic city” is one of the mottos of the new hotel: in fact the spaces (rooms, common spaces, co-working spaces) are expressed in a language that is up-to-date and brilliant, vital, dense in colour and suggestions, developed by Rizoma Architetture, an architectural firm based in Bologna. And from the pool on the top floor, you can enjoy a view of the historic city, and experience the bond between the contemporary feel of the interior and the memory of the urban fabric that surrounds the hotel (on this subject, read the article titled “The Student Hotel in Florence Becomes the Setting for Pitti Uomo”)”).

But that’s not all: to satisfy the most demanding palates, and sense of aesthetics, there is FOOO – Florence Out Of Ordinary, the restaurant conceived by Q-bic, the architectural firm founded in Florence by Luca Baldini and Marco Baldini, experts in the creation of interiors for restaurant venues. The two wanted to conceive something original, a space that relies on a contemporary language.

« (…) We tried to imagine a space that would be out of the ordinary, “OOO”, explained the designers. The aim was to offer a diversified public the opportunity for different experiences. The walls are covered in a rough plaster without a finish layer, painted very dark grey. The same colour was used on the ceiling and all the exposed HVAC and electrical systems. The floors and walls create an atmosphere that is almost theatrical: better yet, it is like a neutral stage where the lighting is used to focus attention on everything that fills and animates the space (furniture, products and people)». 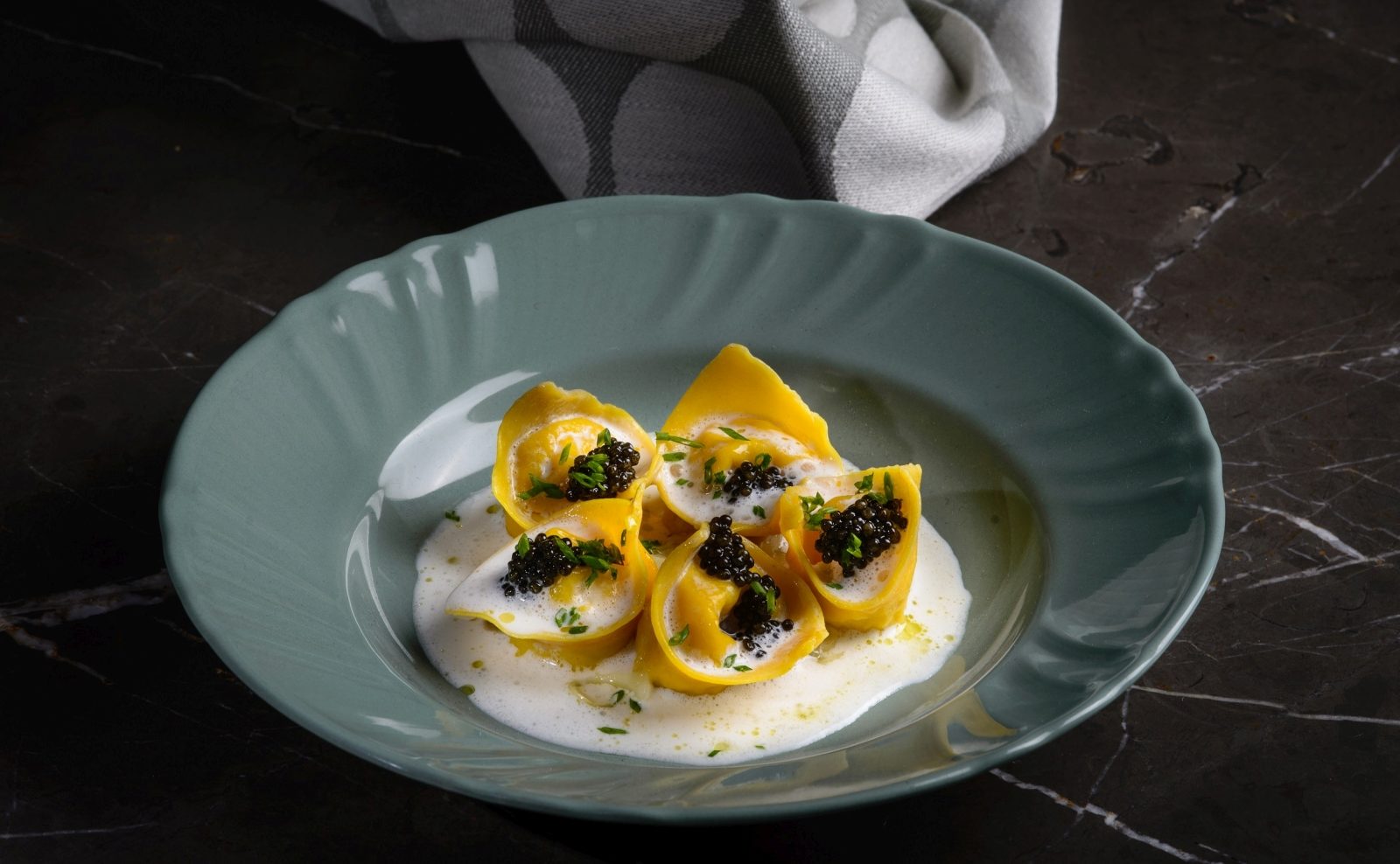 Open to everyone, and not just to guests of the hotel, the restaurant features chef Fabio Barbaglini (born in 1974), in the kitchen. He began to work at a very young age in the kitchens around Lake Maggiore, then in Switzerland. He studied at the Scuola Alberghiera in Stresa, and opened his own restaurant at the age of 23: Caffè Groppi in Trecate (1 Michelin star). His most significant experiences include the Antica Osteria del Ponte Cassinetta di Lugagnago (3 Michelin stars), a restaurant that he would later reopen in 2012 as the chef and owner. In 2018 he came to Florence, first as the executive chef of La Ménagère, then at the helm of Florence Out Of Ordinary.

In the meantime, during the presentation of “La Liste 2019”, he won the “Nature” prize, an award that expresses his philosophy perfectly. «My style of cooking stems from my desire to always seek the purity and essence of taste and form, and the clarity of flavours, explains Barbaglini. -. It continues in knowing how to capture the nuances, to highlight them, to propose them delicately but in a form that is both decisive and fully aware, to follow a personal line of thought, independent of trends.

Cuisine is my instrument to communicate to people what I feel and what I want to say».

Some people use a brush and a canvas, I use cuisine

The menu gives pride of place to consolidated dishes such as baby salad, raw vegetables and roots with codfish in sparkling wine and a sauce of oysters and fresh horseradish to more recent creations such as crunchy lentils, laurel-flavoured oil, light cream with grilled leeks, almonds and parmesan cheese.Each dish is distinguished by the year it was created and represents an evolution in Barbaglini’s offerings.

The preparation reflects his attention to natural ingredients. This is true of the fermented red cabbage served with Iberian pork, together with crunchy breaded viper’s grass and tamarind, or the winter vegetables, which come directly from an active-organic vegetable farm in Florence, served in an Oriental-style mushroom broth with purée of topinambur and Marsala-flavoured truffle ragout. The newest proposals feature the hazelnut wafer with Tuscan bean hummus, chickpea miso, salad with raw and cooked vegetables, seeds and sesame seed oil (2019). 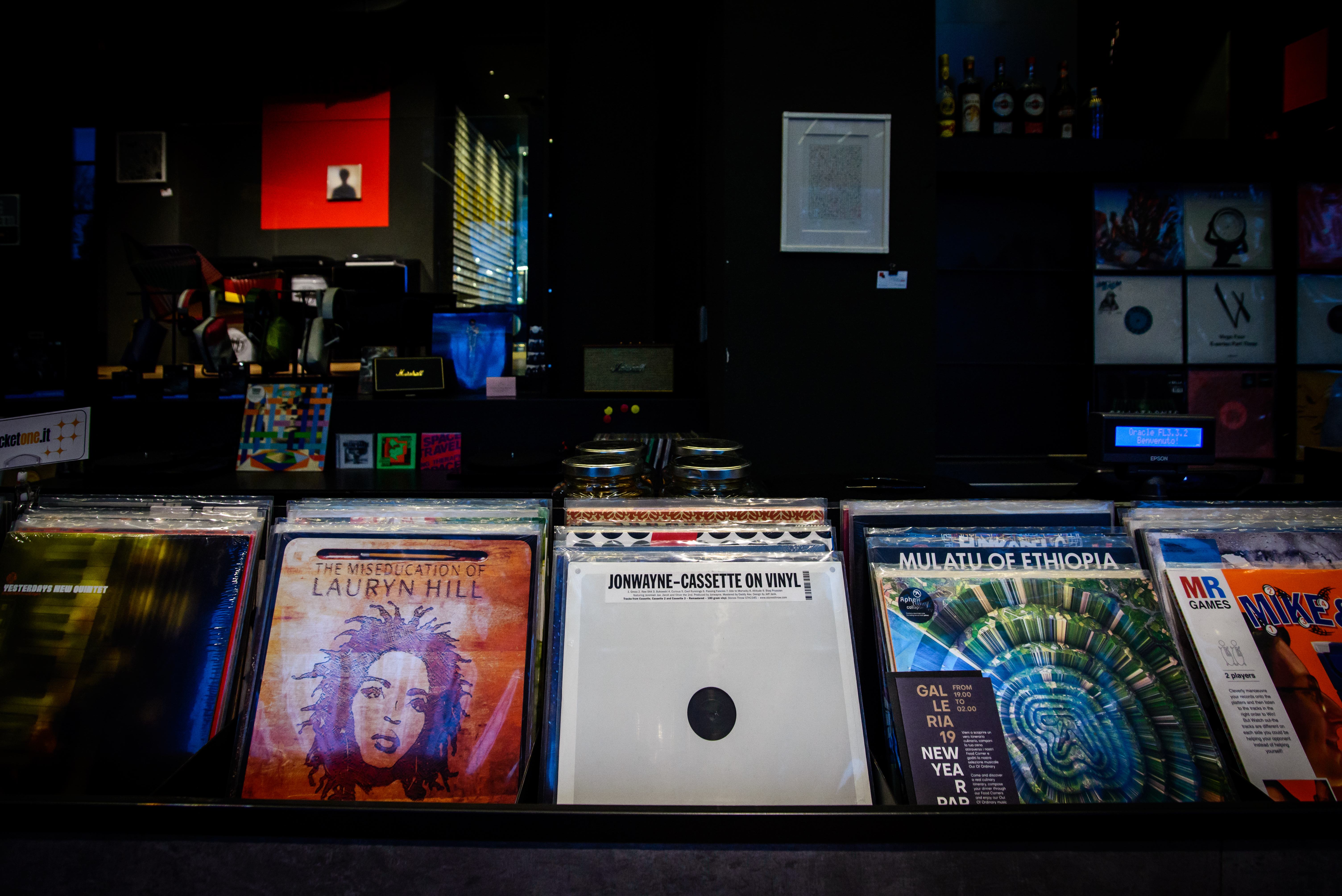 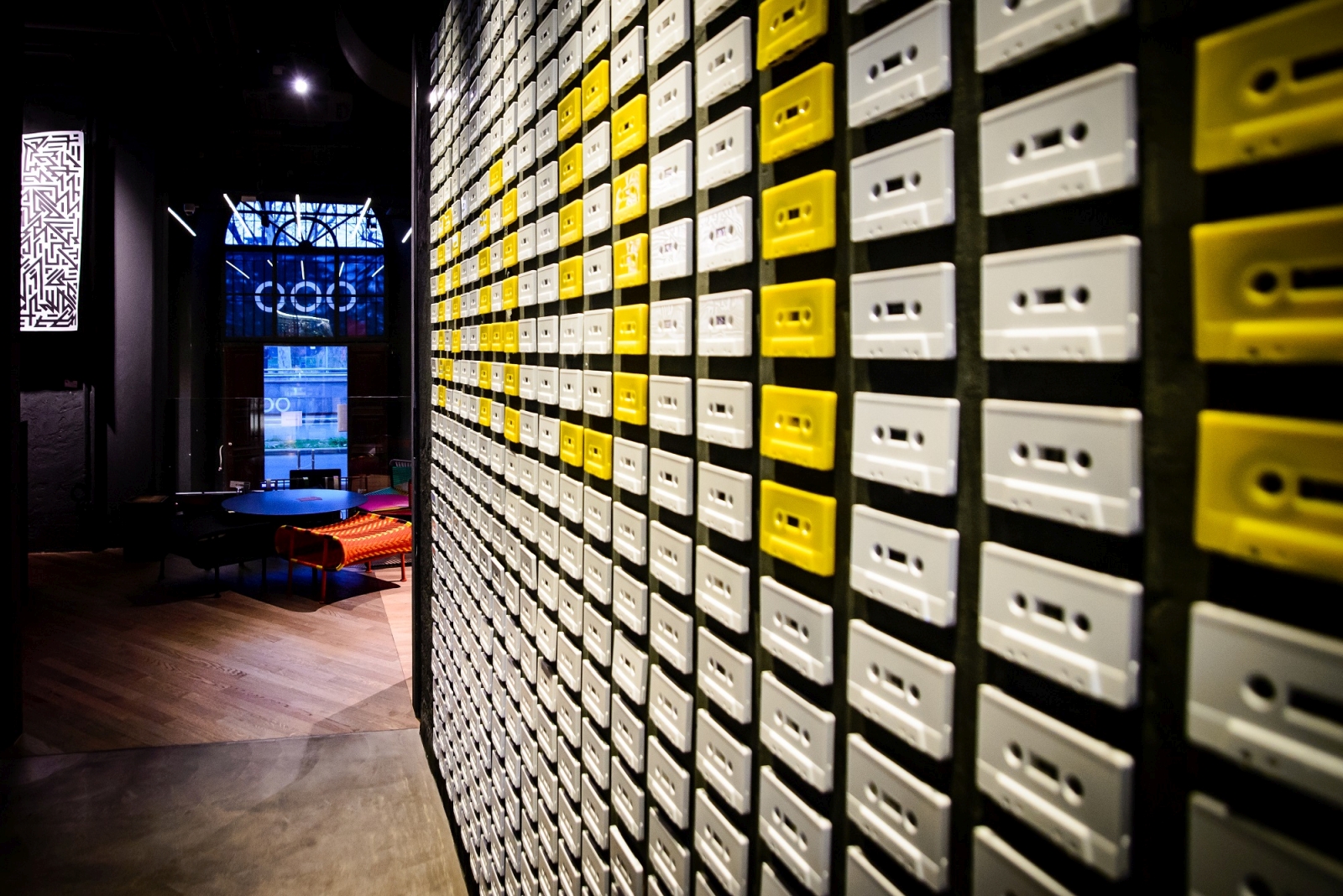 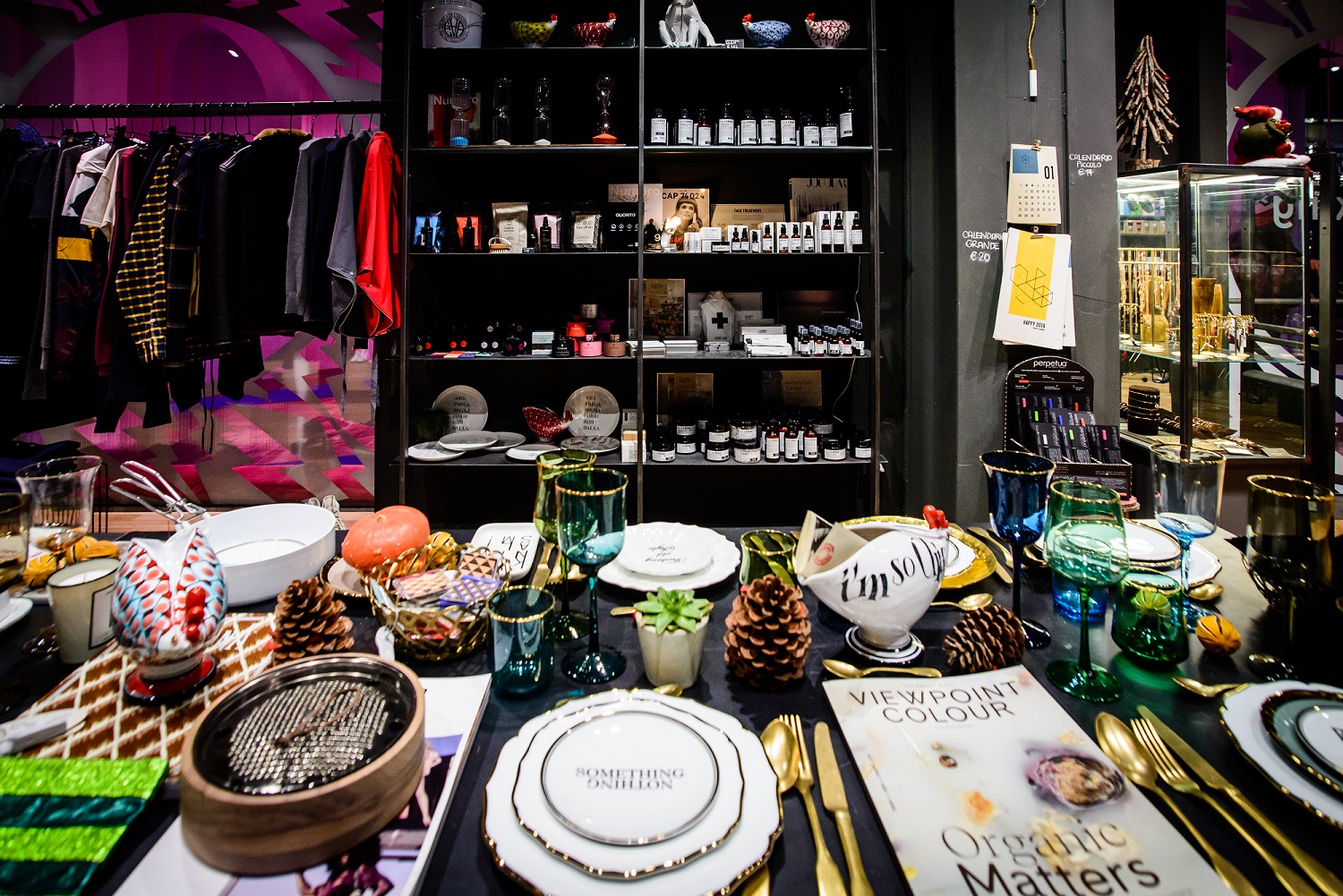 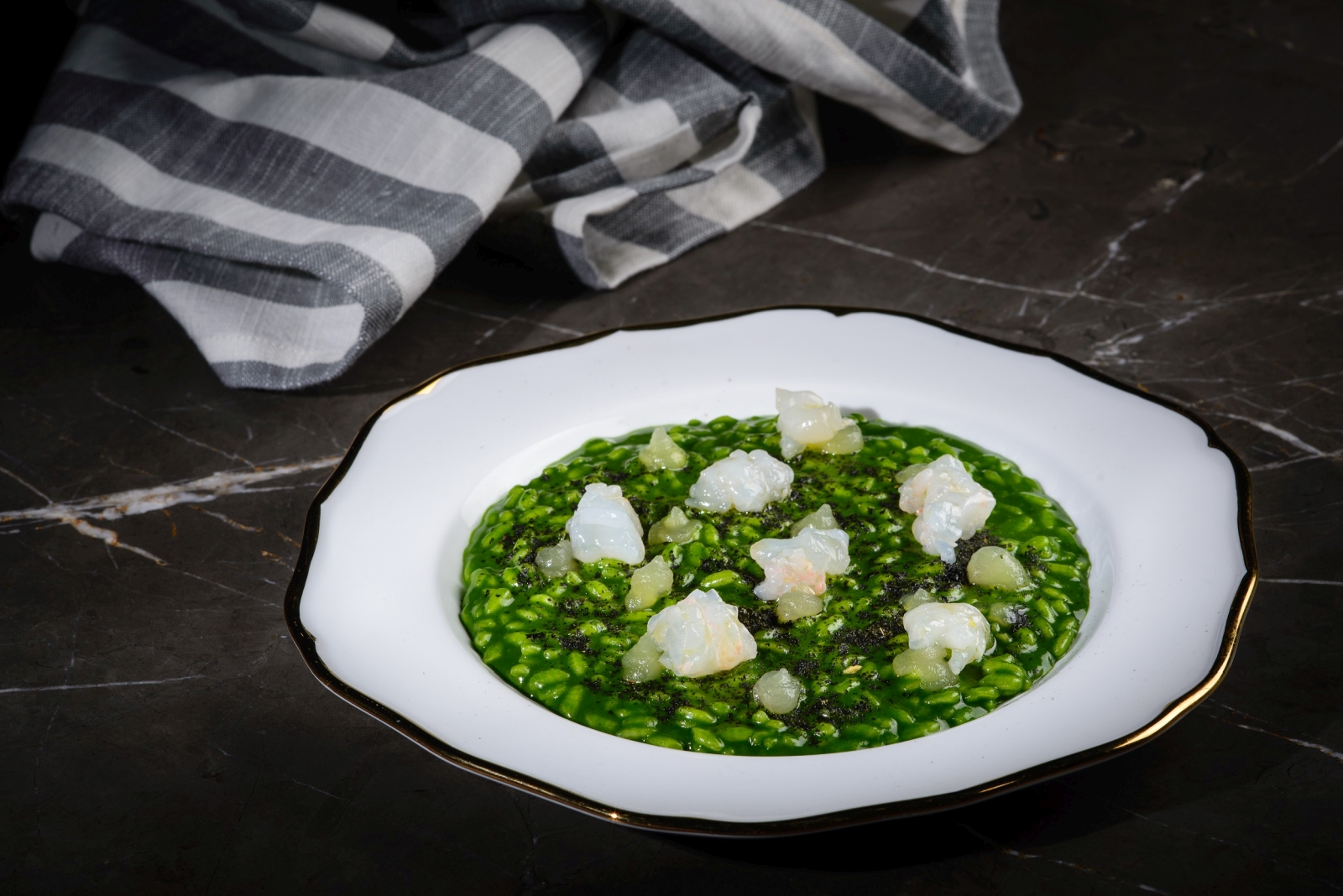 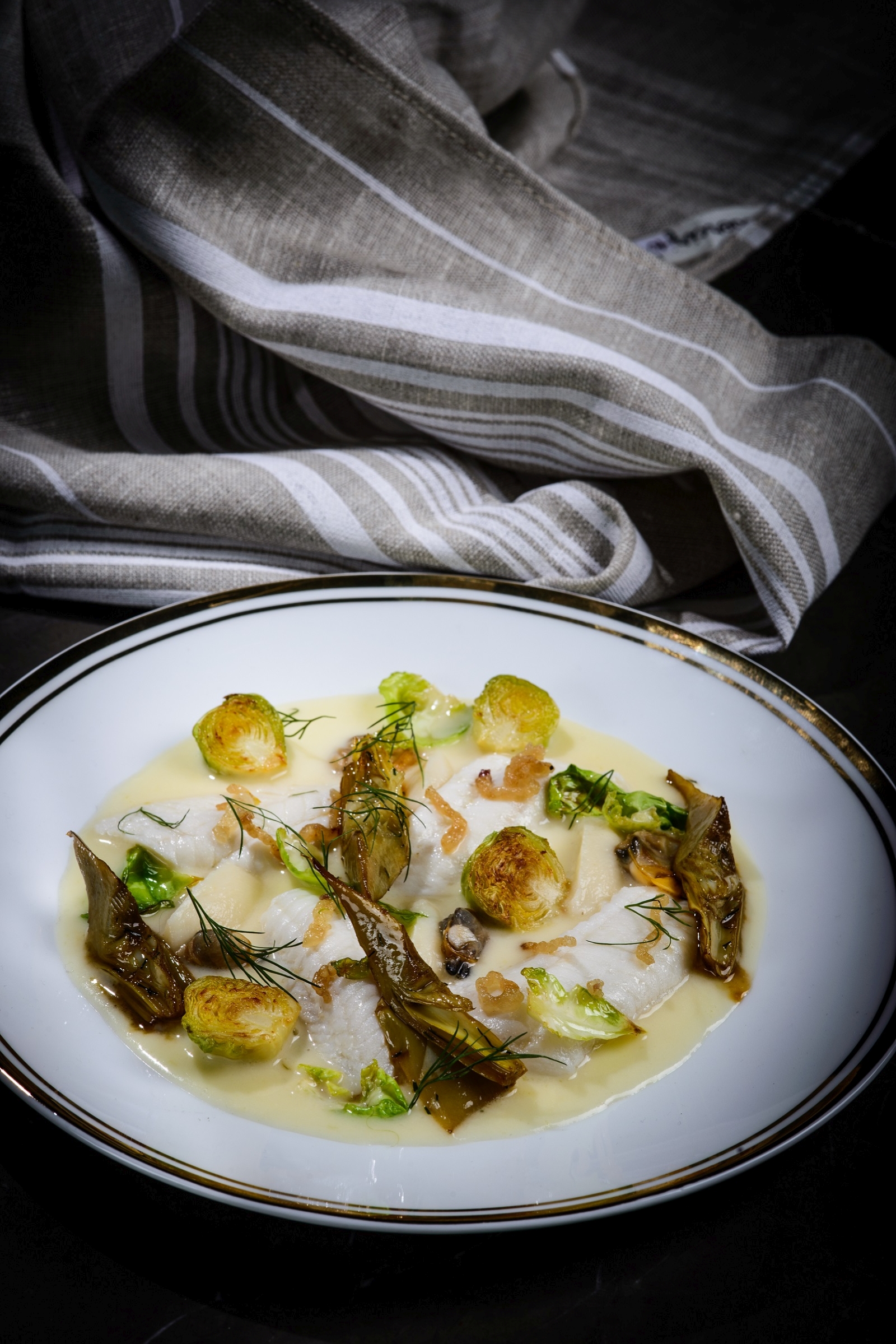 For the owners – who prefer to remain anonymous but are also the owners of La Ménagère, another restaurant designed by Q-bic studio – « «the power of the project lies in the variety of its offer: from breakfast to lunch break, from drinks to dinner, every day from 7 am to 2 am, in all areas including the bistrot, the pizza & mixology zone, the restaurant with its sophisticated design, the espresso bar and brewed coffee. A special mention must be made of the cocktail bar, with its experimental look, and the rooftop bar with the breath-taking panoramic terrace. And beyond these, the FOOO space also features a concept store, bike store, hairdresser and music store ».

So before leaving, don’t forget to stop at the FOOO Concept Store, a colourful world of objects that will remind you of an experience that is truly out of the ordinary.