Papier-mâché, ceramics and porcelain create a link between the Campania region and China 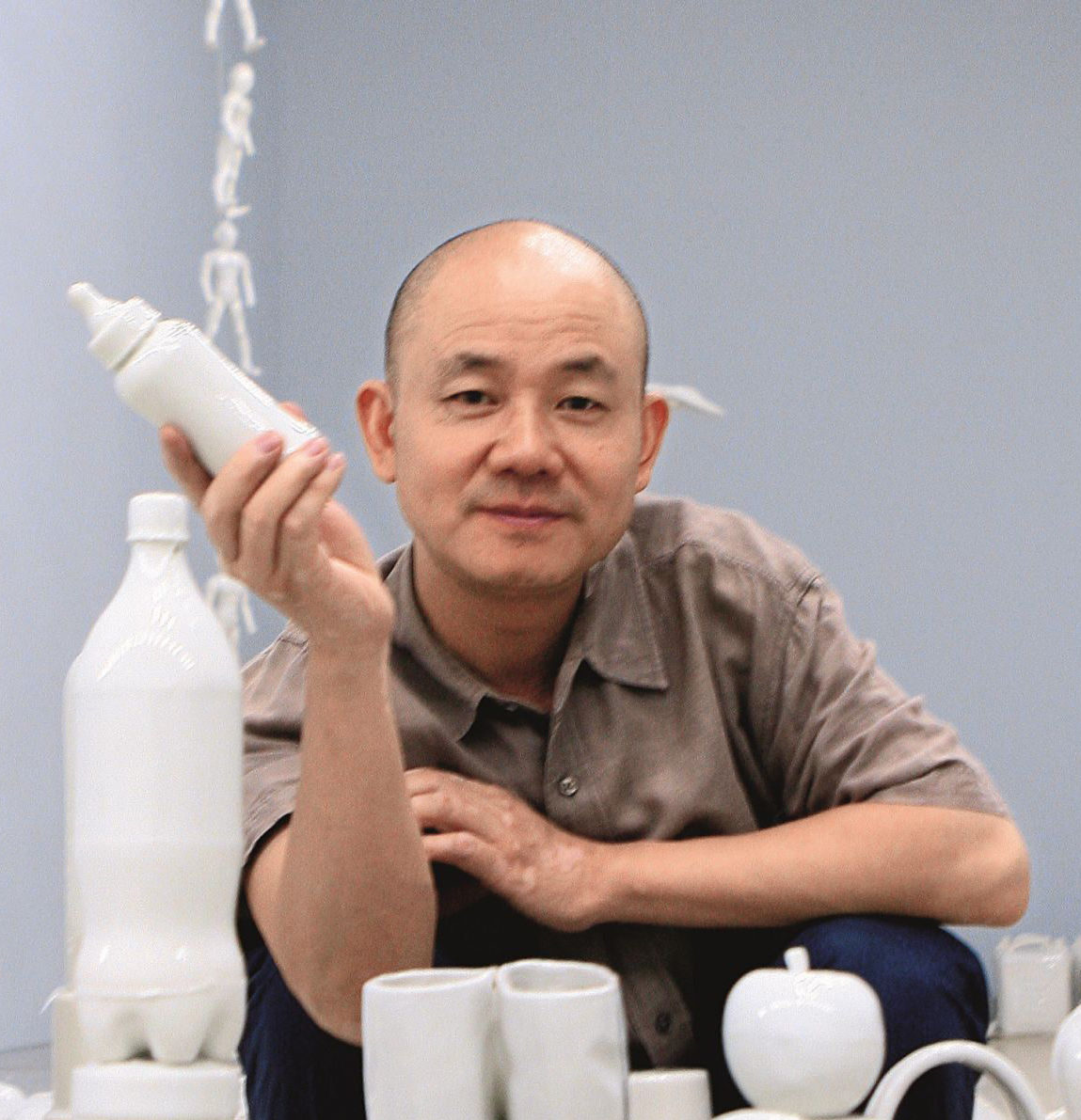 A Chinese artist in Naples. Liu Jianhua is the protagonist of the show titled Monumenti that will be open to the public from December 8th 2018 to March 21st 2019 in the cloister of Santa Caterina in Formiello, in the working class district of Porta Capuana. With a site-specific work curated by Demetrio Paparoni and produced by the Fondazione Made in Cloister, the heart of ancient Naples will be populated by 23 maiolica-clad columns which will serve as pedestals for 23 stories about lives and travels. They are migrants, men and women who have travelled by land and sea across borders to start over again somewhere else that was not, won’t be again, and is not yet home.

Art, culture and the social fabric are interwoven in an event promoted by the founders of Made in Cloister, Rosa Alba Impronta and Davide De Blasio.

Monumenti is a communication event focusing on the relationship between the artist and the multiethnic working-class district of Porta Capuana. To bring the Monuments to life, the migrants themselves will stand atop the pedestals during the preview on December 7th.

“Building monuments for the lower class – explains Chinese artist Liu Jianhua – and exhibiting their lives and attitudes in a public space means sparking conversations between different social groups”. Liu Jianhua erects his Monuments for them. This is a complex work that speaks about the present, in a convergence of artisanal knowledge and skills that bring together worlds and cultures, like the migrants who are its protagonists. An intimate political view that reverses the hierarchies. 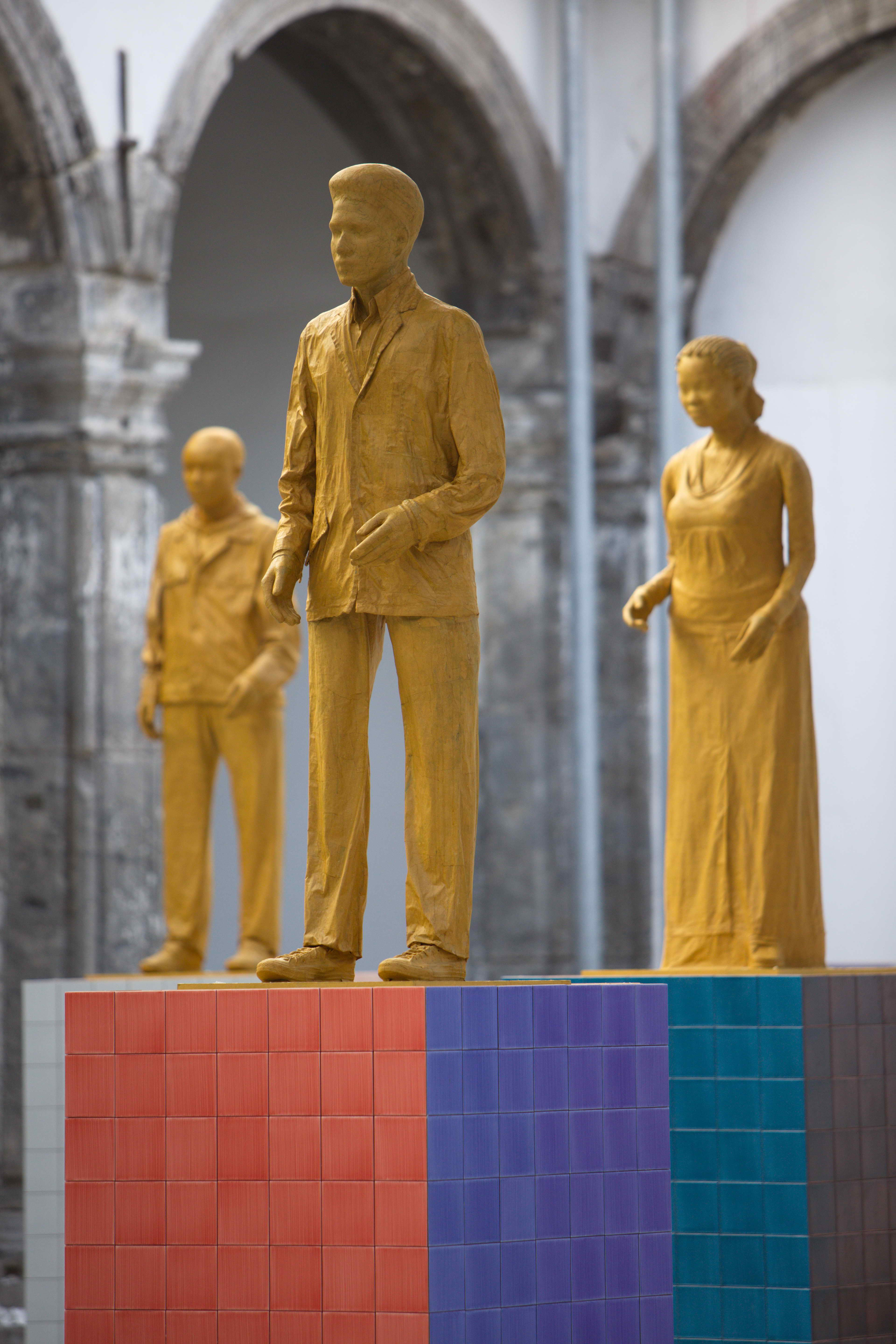 Papier-mâché. The 23 monumental structures, about 2 metres high, appear as large ceramic pedestals, hand-painted by the master decorators at Ceramica di Vietri Francesco De Maio, which serve as bases for sculptures of the migrants who have travelled from every corner of the world to come to Naples, where they now live and work. At the centre of the cloister is a papier-maché sculpture portraying a mother and her daughter. These are life-size sculptures portraying real people, all made by the artisan Carlo Nappi, an expert in the papier-maché tradition, shared by China and the Campania region.

Ceramic. Each side of the 23 monuments, clad in ceramic, features a different colour for a total of 92 shades: orange, sky blue, blue, yellow, grey, lilac, black, red, green, purple. “Columns like majestic ancient mosaics – explains the company from Nocera Superiore – which were widely used in Naples in the eighteenth century to adorn the ancient churches and the homes of the nobility, and developed by the artist as commanding decorative elements and symbols of nobility in support of an indigent society”.

The use and production of ceramic tile in Naples – explains Liu Jianhua – has a long and rich history. Some of these fantastic decorations may still be seen in Pompei”.

I hope to continue this extraordinary story in Monumenti and to reverse the stereotyped image of the monument.

Porcelain. All around the installation, two thousand white Capodimonte porcelain flowers display a delicacy that evokes the fragility of the migrants’ lives, made by the artist in the atelier of artisan Pasquale De Palma and later produced by the students and master ceramicists of the Istituto ad Indirizzo Raro della Ceramica e della Porcellana Caselli – De Sanctis, which continues the artisanal tradition of the Real Fabbrica della Porcellana di Capodimonte. 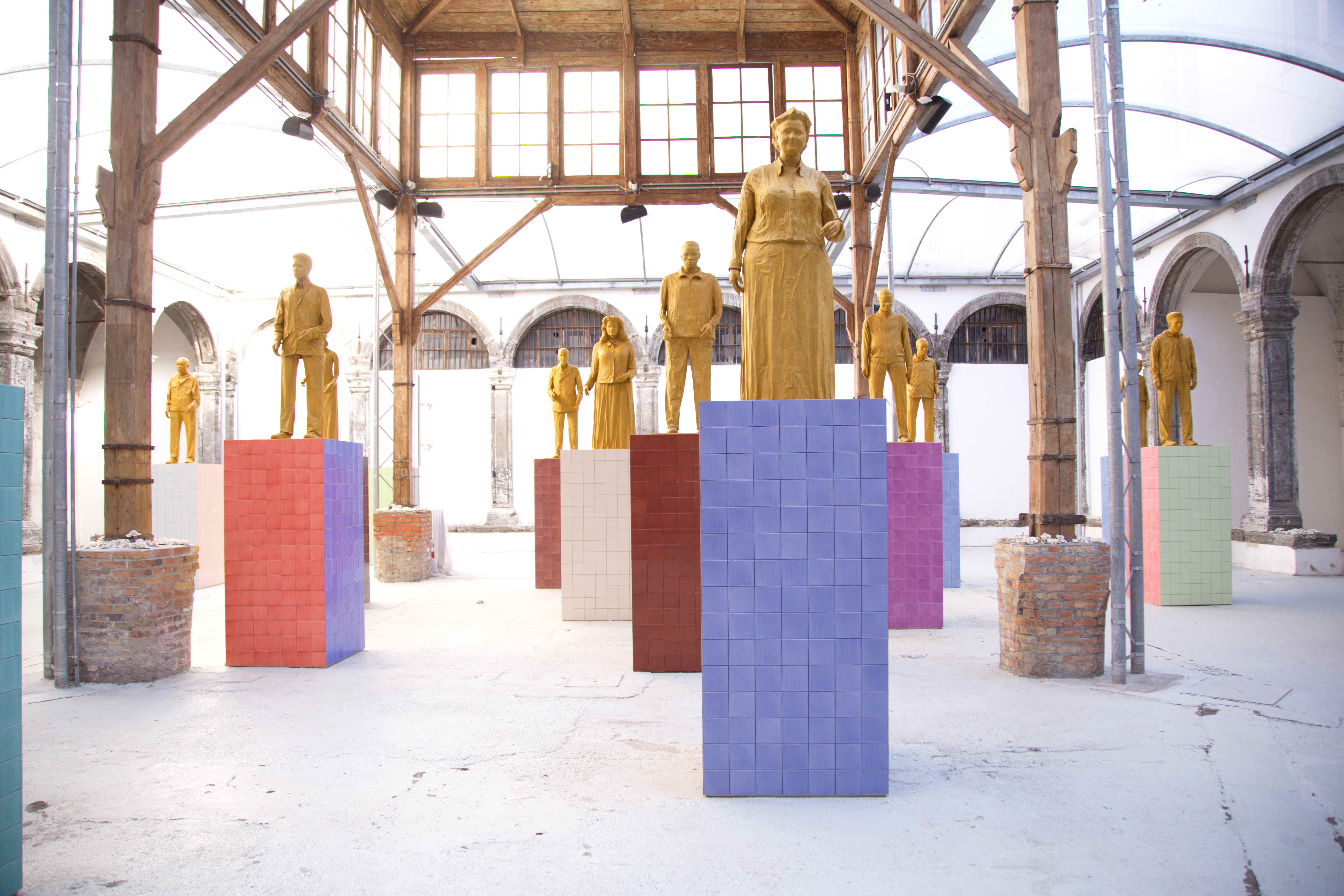 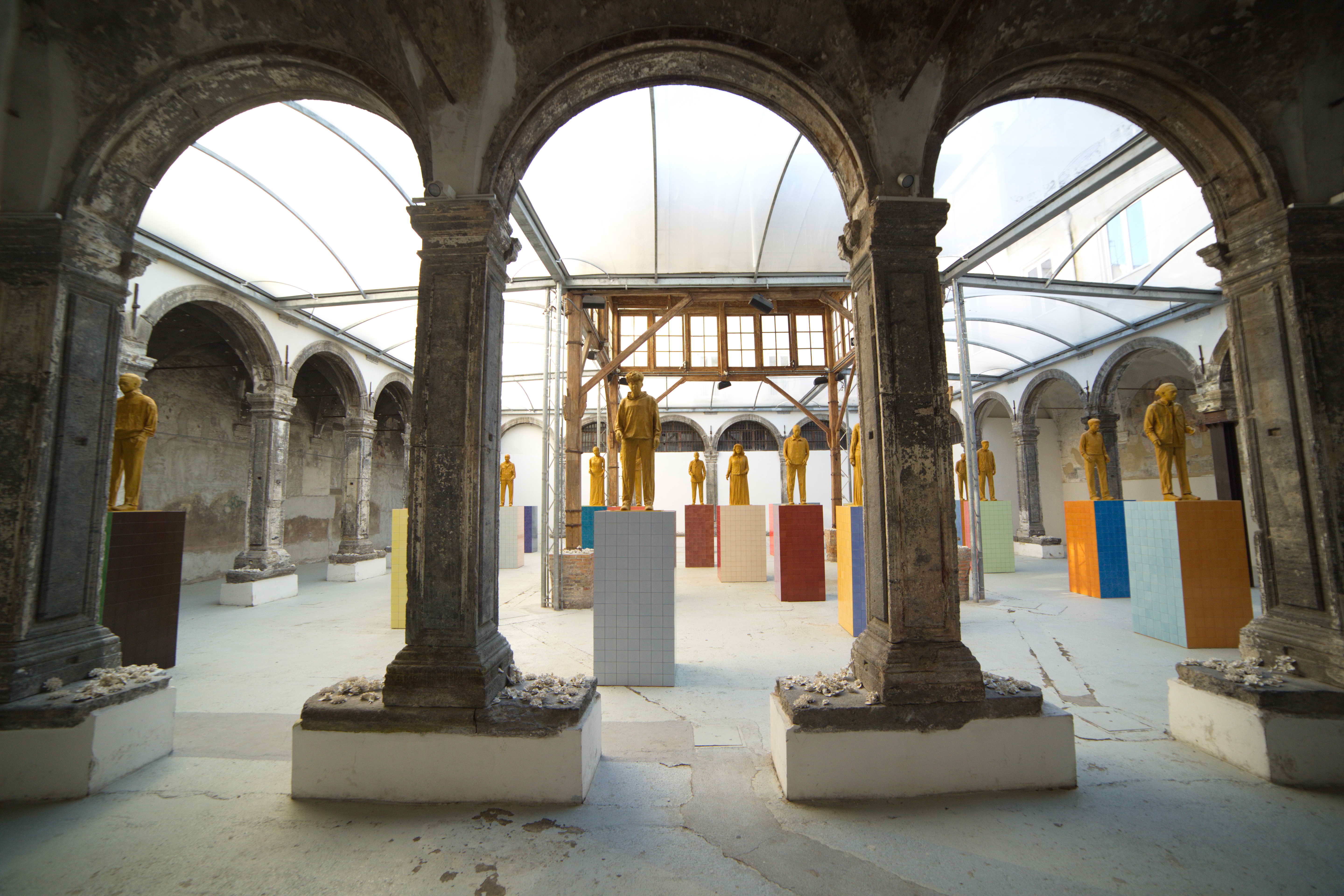 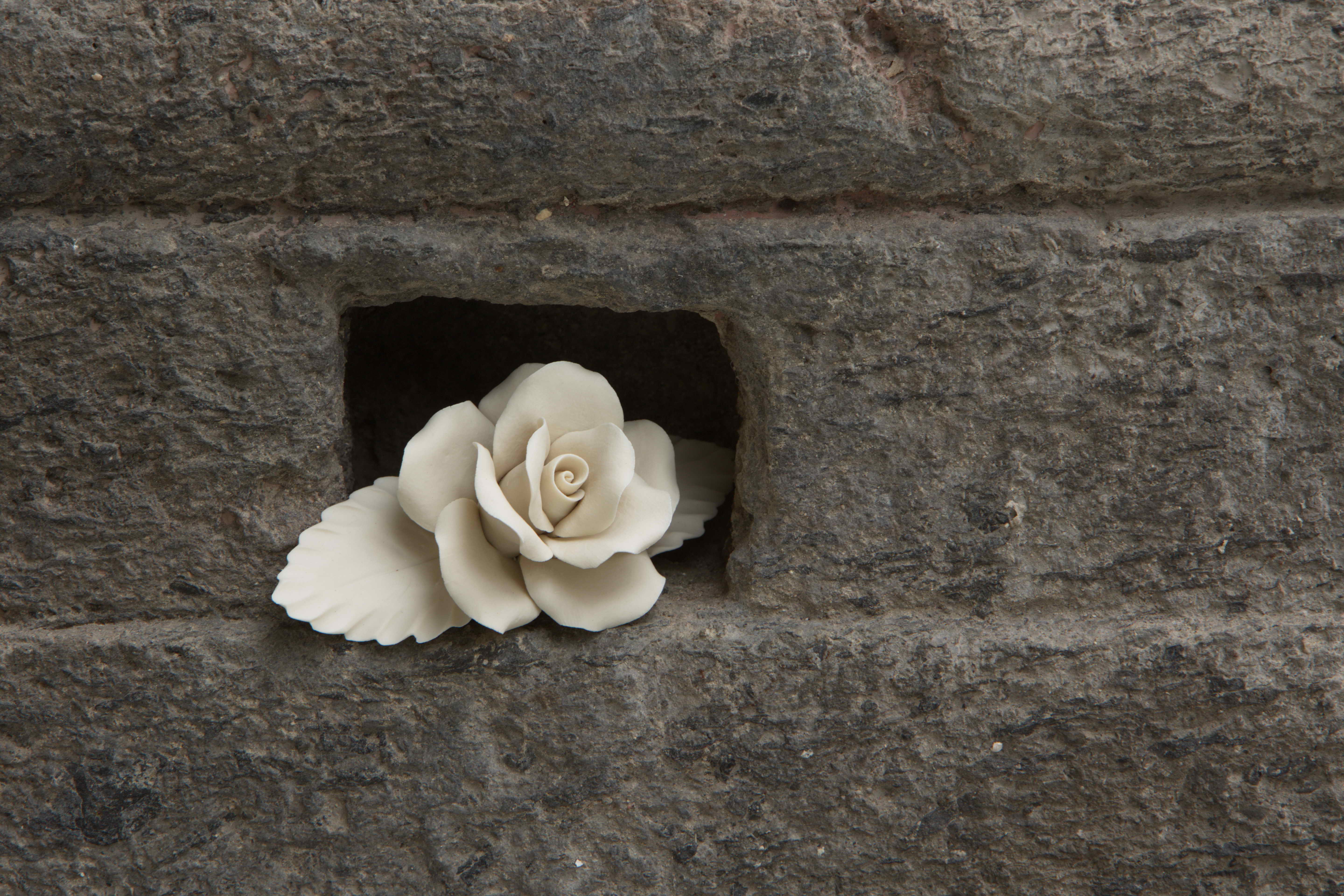 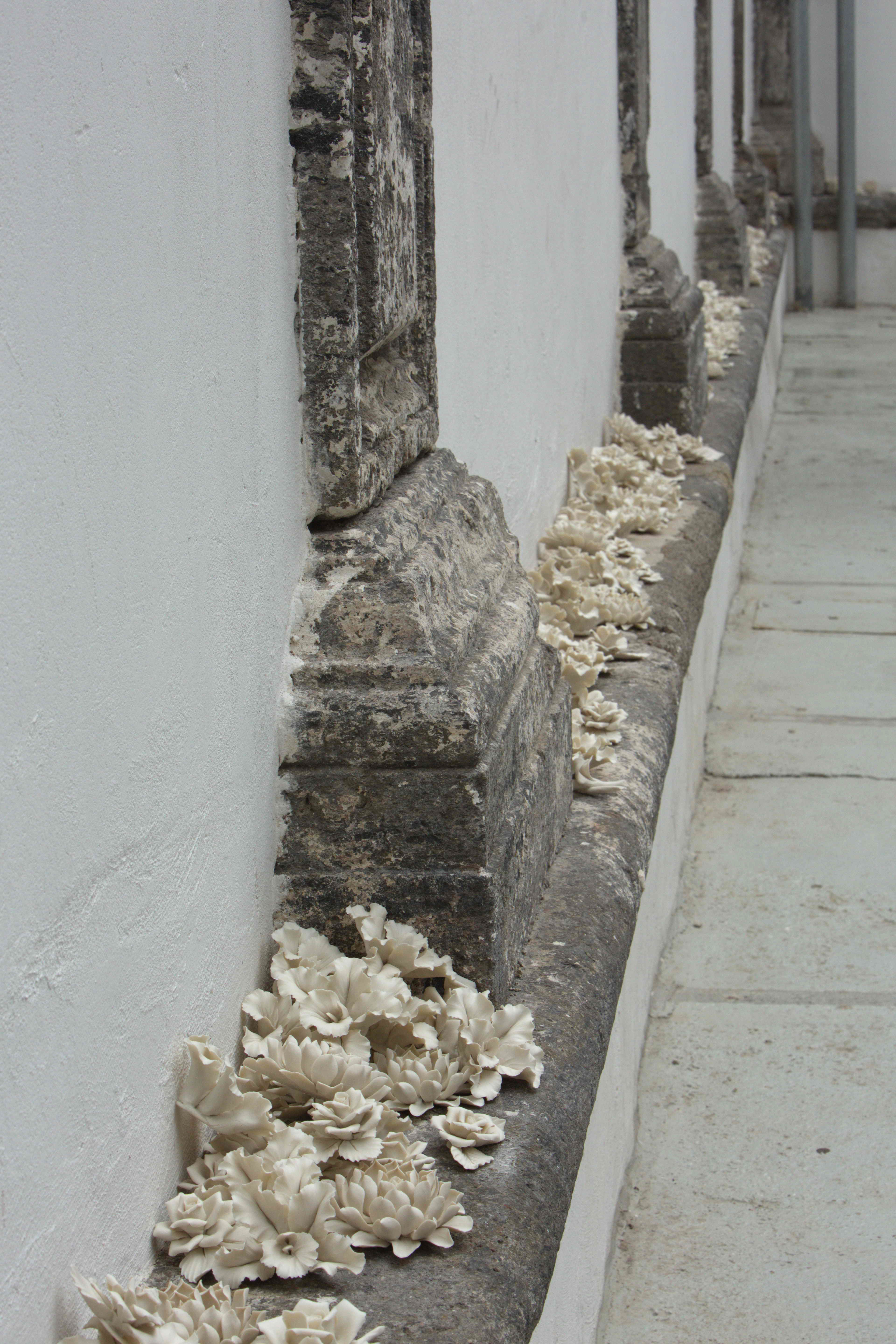 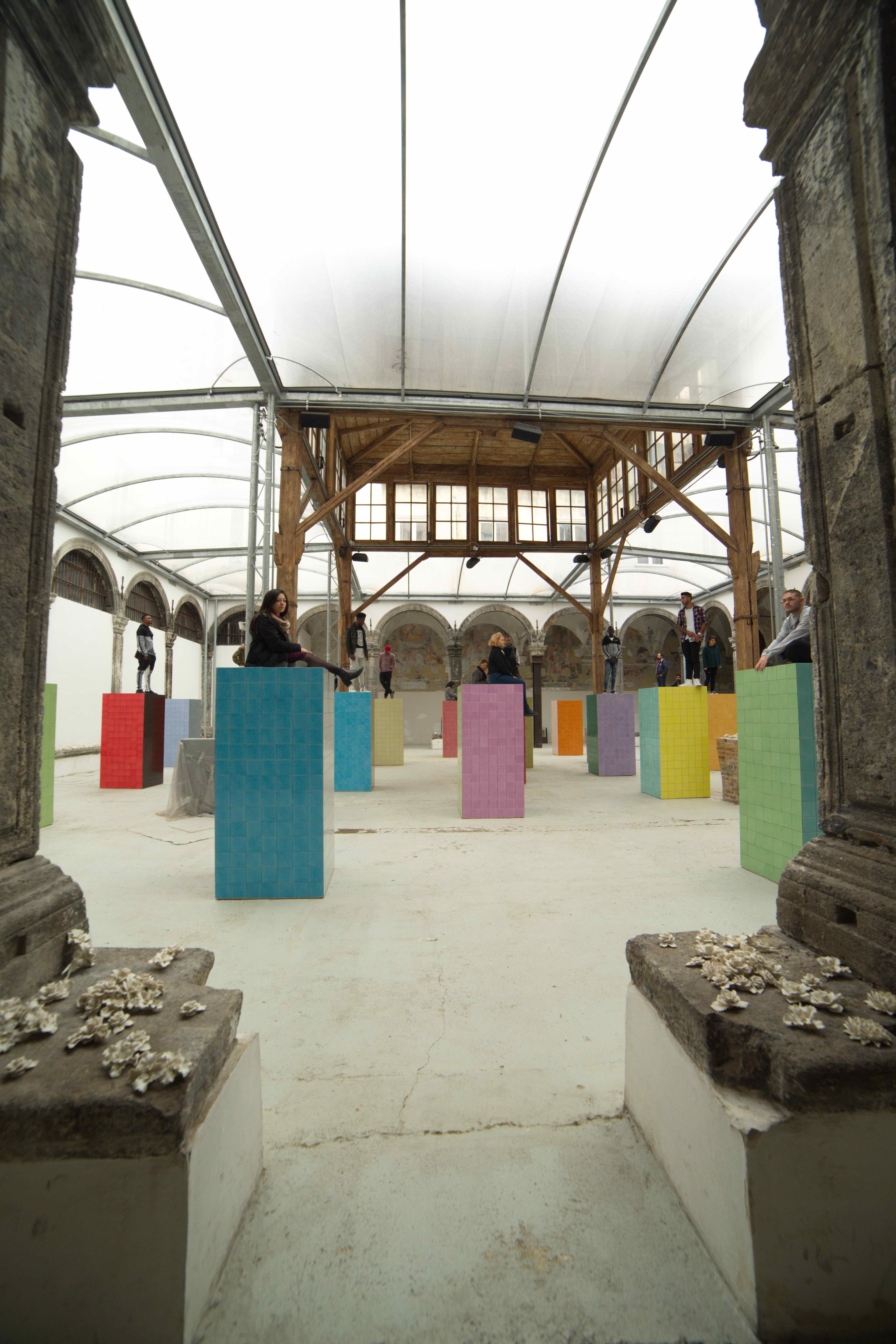 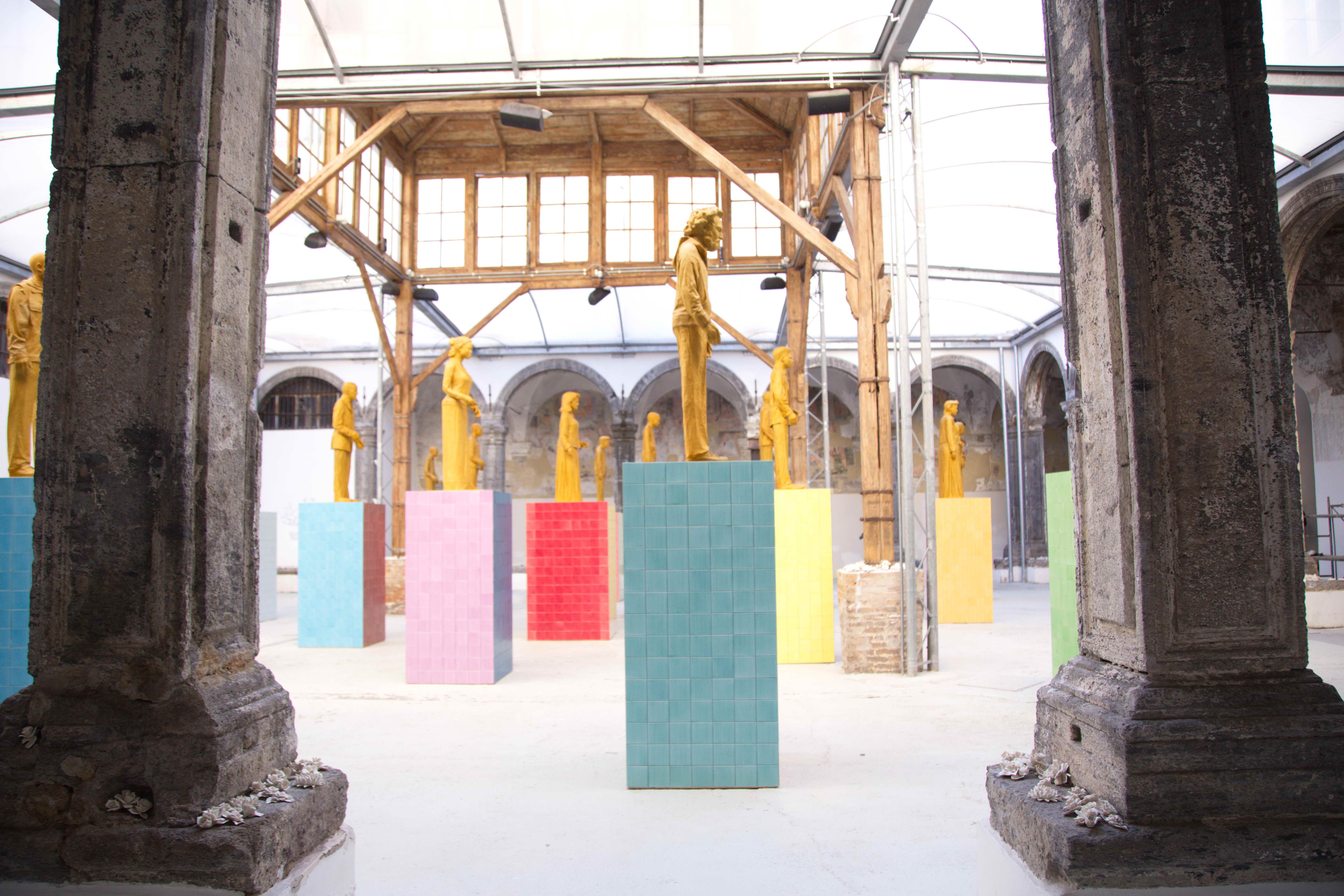