For the first time, a twentieth-century artist is exhibited in the spaces of the museum which features, among others, Canova, Caravaggio and Raphael

Five works by Lucio Fontana will be on display starting today, May 22nd, through July 28th in the Galleria Borghese. The exhibition Lucio Fontana. Terra e oro curated by Anna Coliva for the first time shows a twentieth-century artist amidst the antique sculptures and paintings, following the exhibitions dedicated to great figures such as Bacon, Giacometti and Picasso.

Visitors can admire the Concetti spaziali in gold and the ceramic Crocifissioni by the artist who founded the Spatialist movement.

The gold, with its abstract and extreme anti-natural symbolism, is drawn into a context of infinite chromatic variety and multiform themes and subjects: by enclosing light itself, it becomes a synthesis of light and space, a spatial component, and provides perfect counterbalance to emphasize the exhibition’s intent to focus attention on the key concepts of the collection and the place. 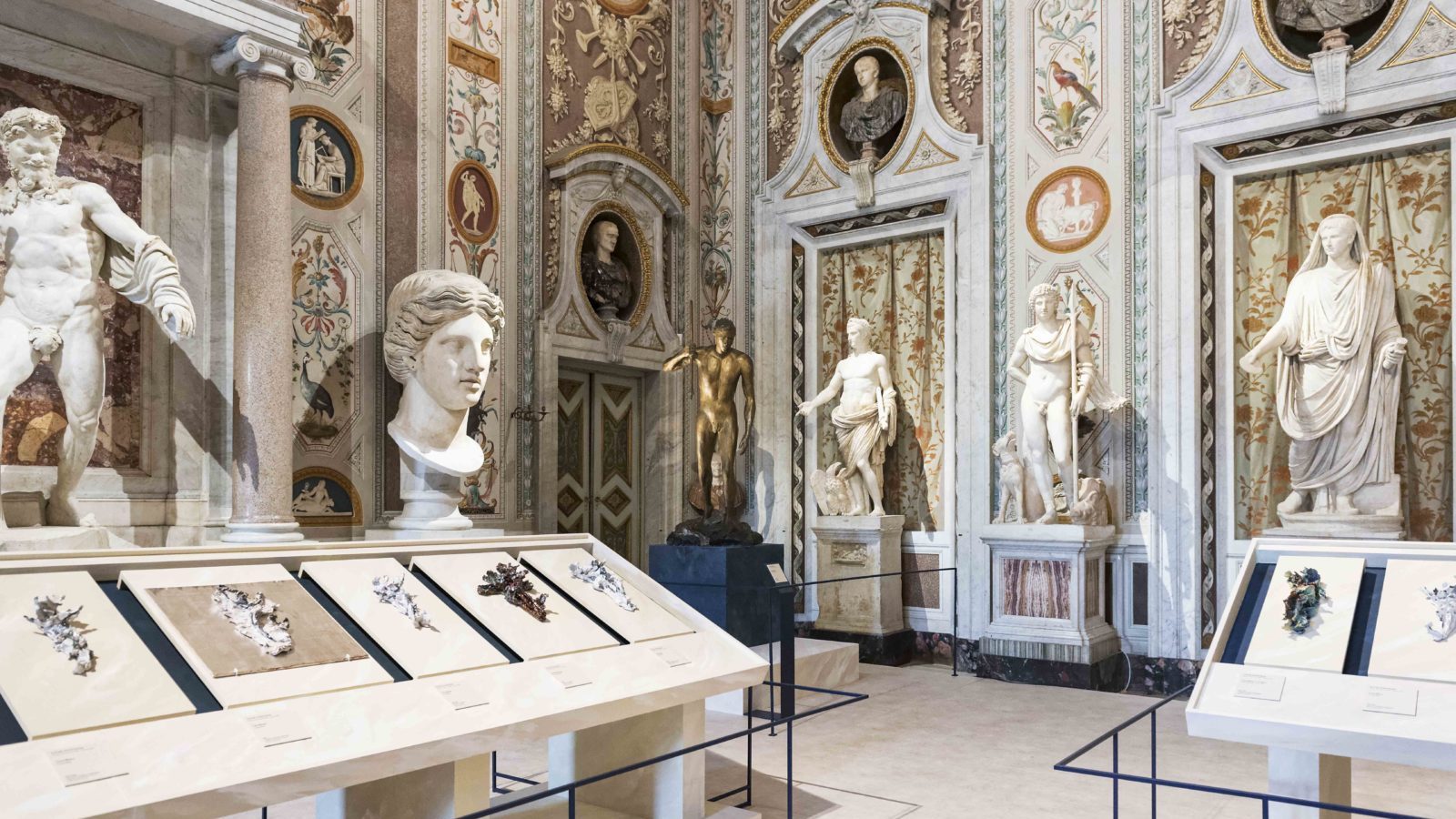 While the space of the Gallery is represented in the most varied and innovative way, Fontana demonstrates that he has the ability to create it: he reaches beyond the fictional representations to build a new one. «The concrete place of reality, which we all live in and where we interact with the artworks, our physical environment, is no longer seen as opposed to an ideal space, both defined within itself and different, which is the space of the artwork, but merges with it through the slashes in the canvases. The result is the creation of a different dimension, which is even further exalted in Fontana’s gold paintings, where the physical dimension of the space in which the spectator exists merges with that of the painting, and where they both become more metaphysical, which was the meaning of gold in the paintings of the past», reads the note by the curator.

The exhibition design emphasizes the contrast between the treatment of space in ancient art and the explosive impact of the dimension that Fontana achieved with his gashes and holes, mixing the Gallery’s permanent collection with modern paintings and ceramics. 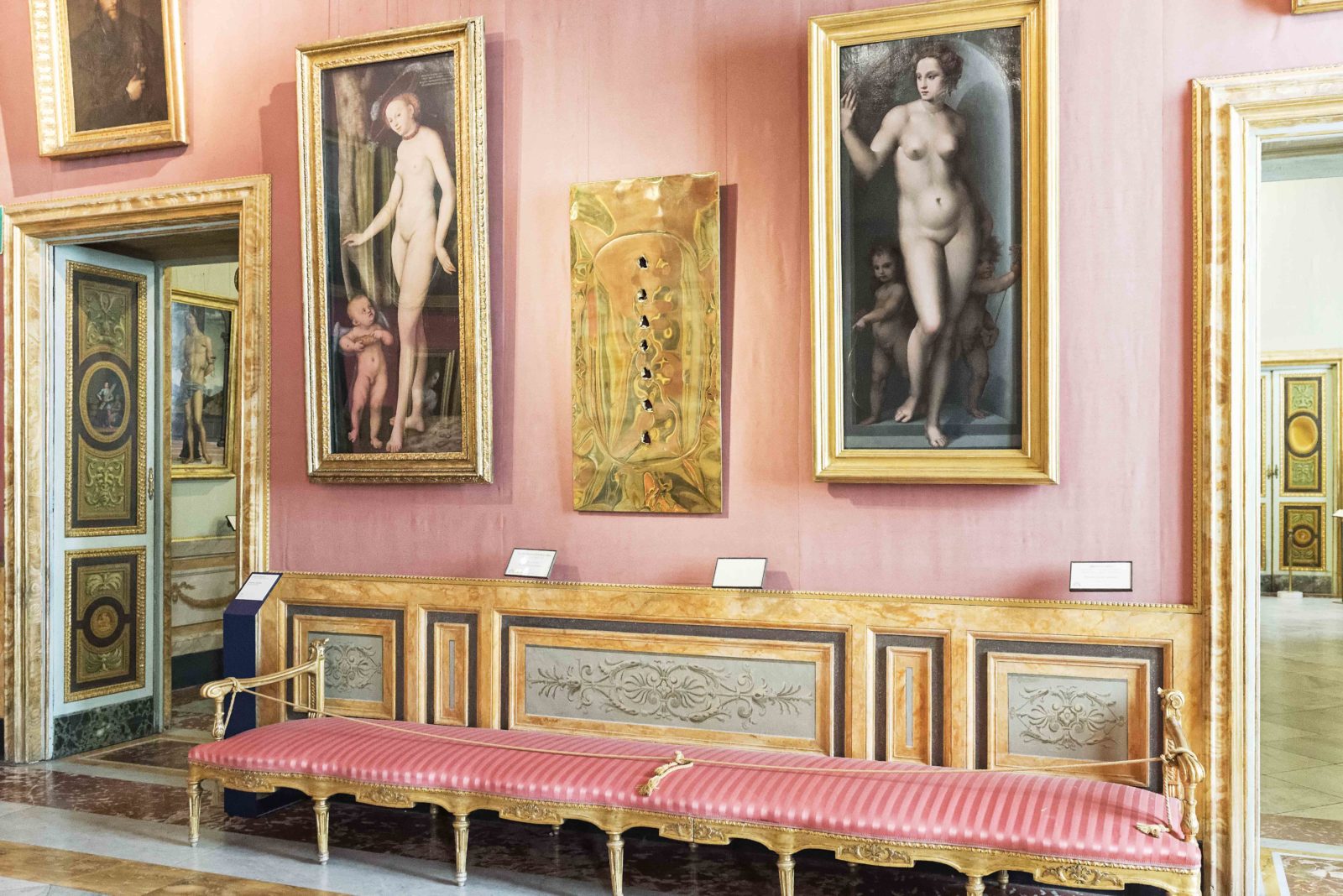 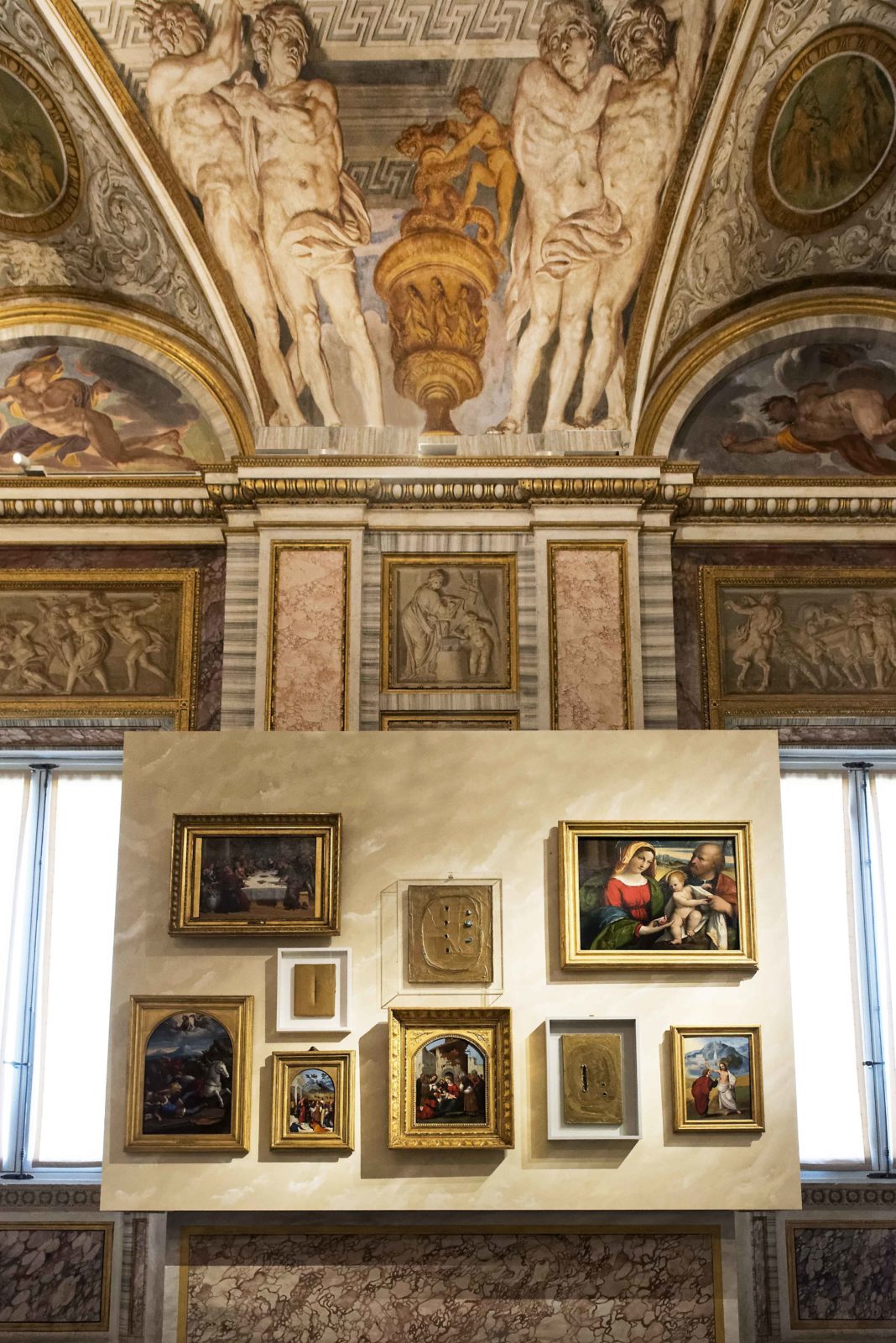 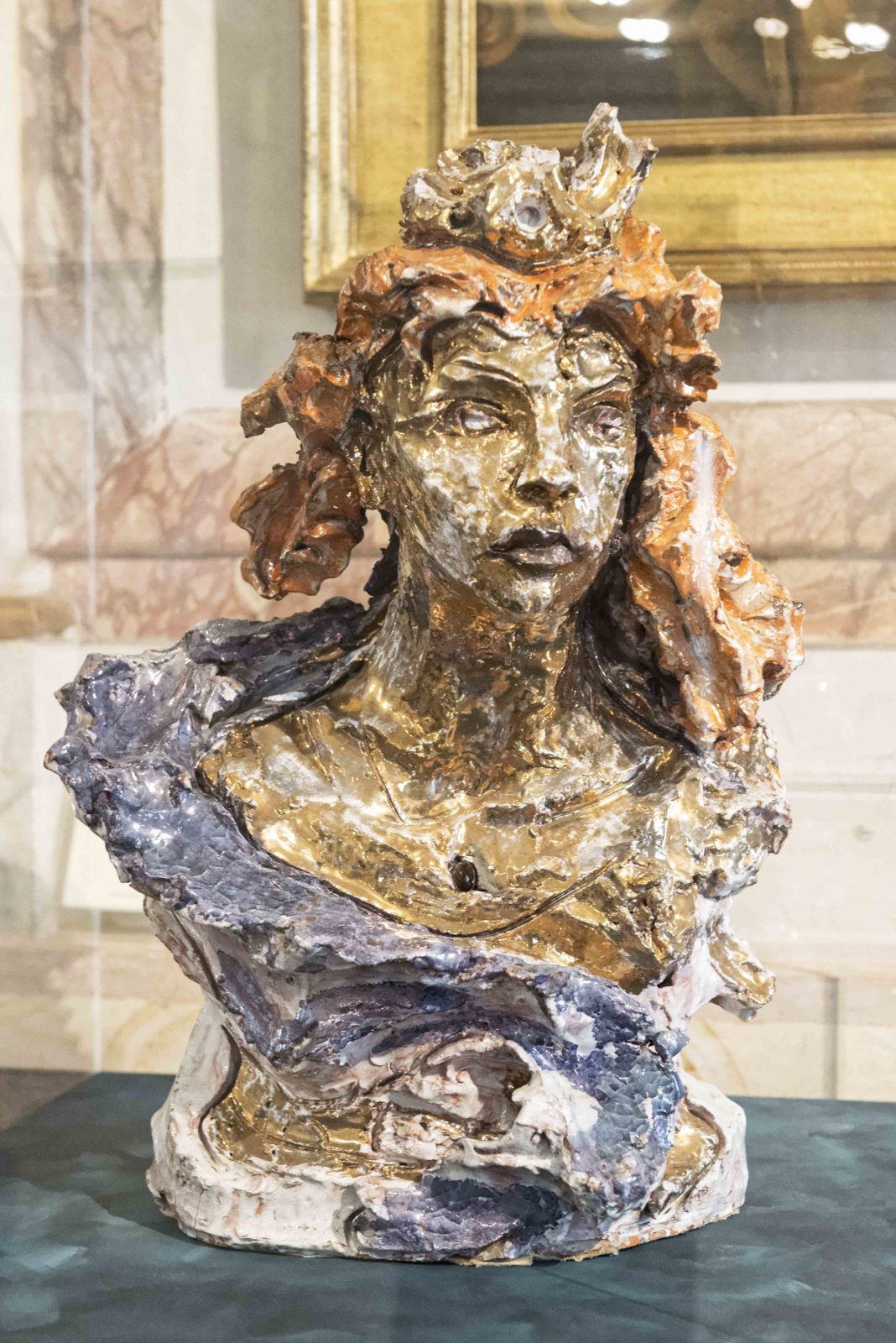 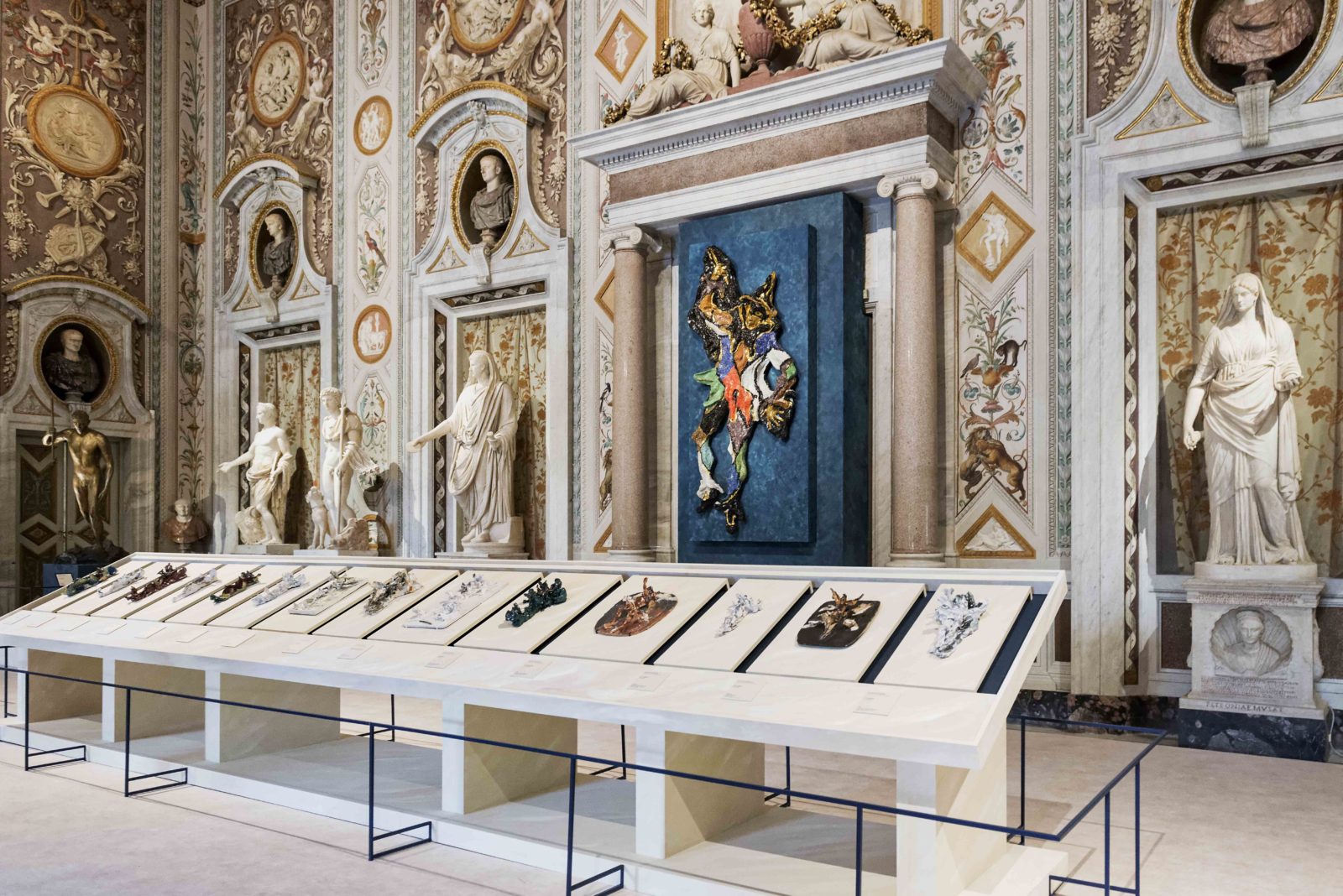 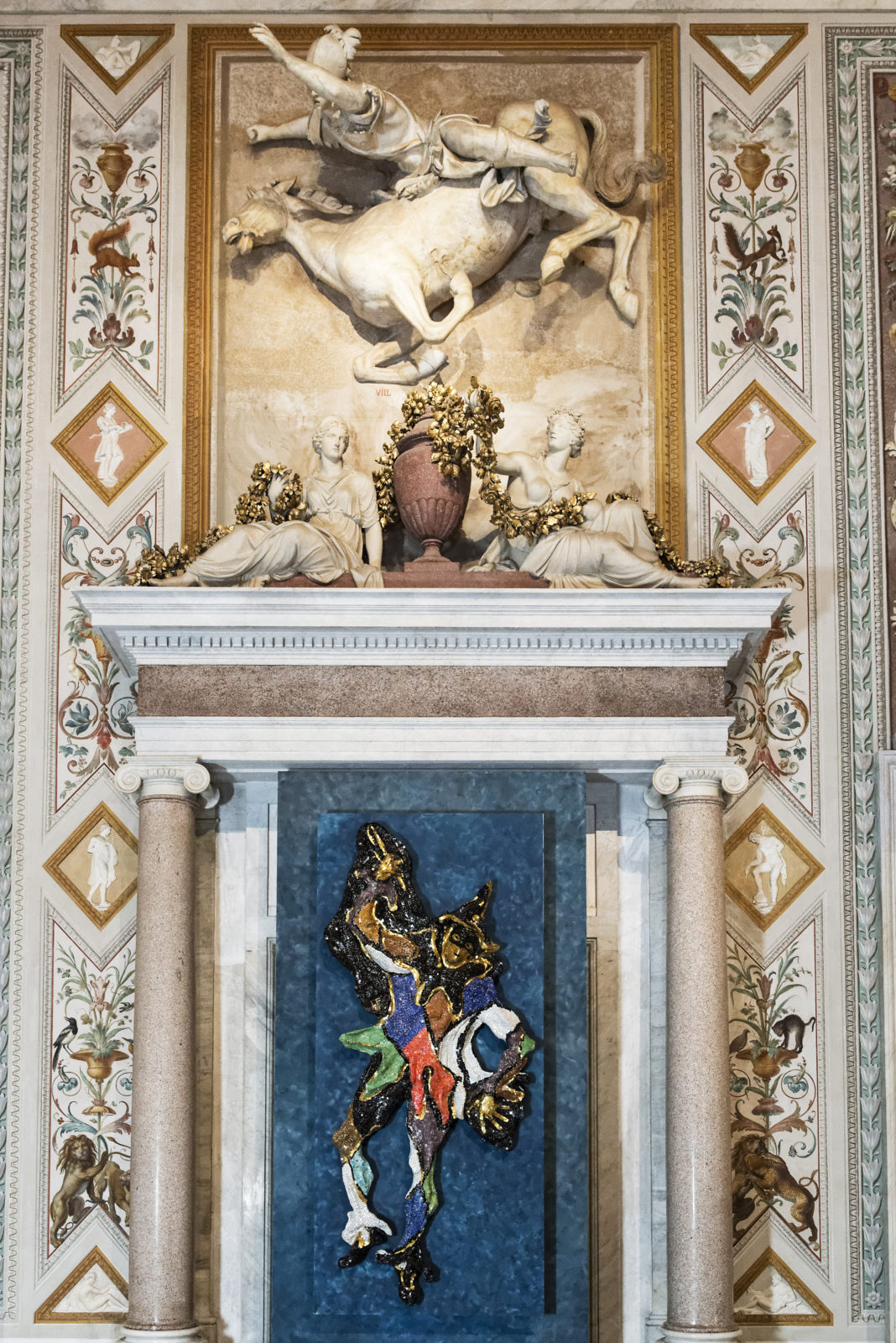 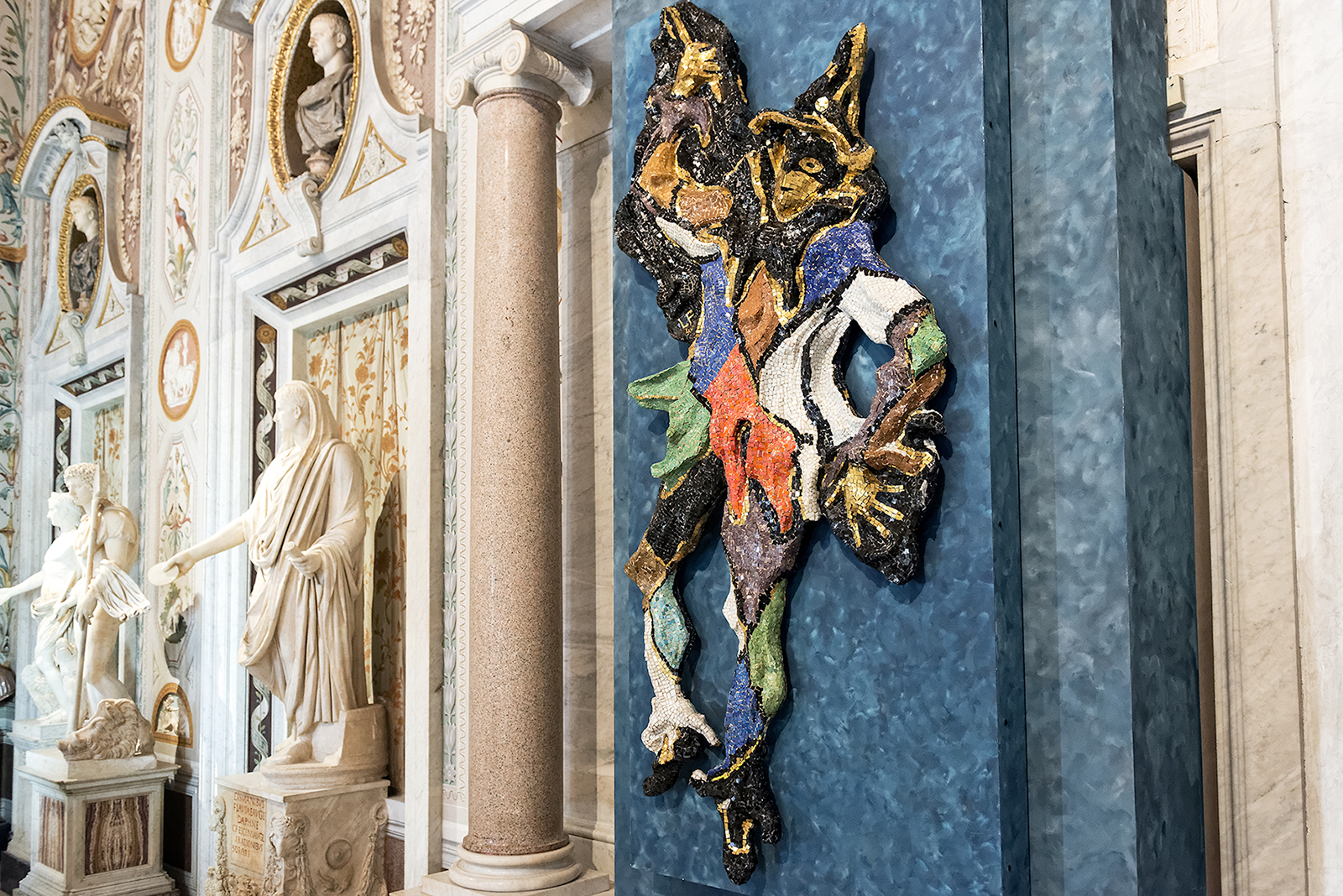 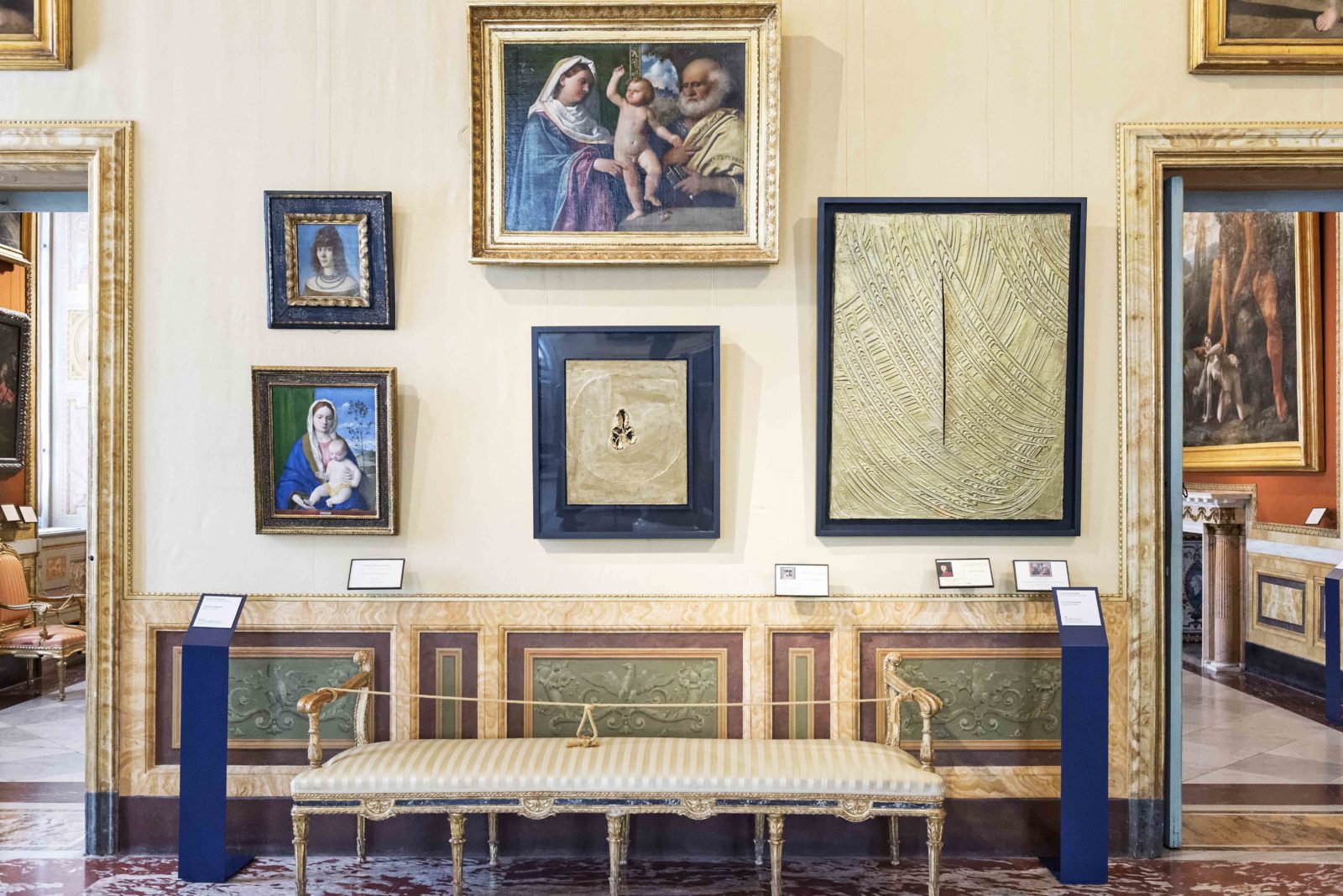 From Baroque art to Spatialism, with works made by the artist between 1958 and 1968, exhibited in two rooms on the floor dedicated to the sculptures and in six rooms in the gallery of paintings on the upper floor.

The key concepts in the Galleria Borghese’s research into collection and place, with spaces that “change under the influence of the works they preserve (from Amor sacro e amor profanoby Titian to the sculptures of Gian Lorenzo Bernini), are challenged by Fontana’s production of ceramics,  a series of Crocefissioni, crucifixions that build on the Baroque idea and on the way space was represented in the classical era, and not with the revolutionary approach found in the “punctures” and “slashes”.