A rural heart connected to the city in the project by The Chic Fish for the restaurant specialized in potatoes, an idea that grew out of a cooking contest in London

A group of friends decides to go to London to taste something typical. Near their hotel they find a pub that boasts the best baked potatoes in the city, guaranteed by the owner. They order several different ones, but were not satisfied. One of them decides to challenge the cook by making an Italian-style baked potato, hoping to purloin the secrets of the traditional recipe. That night produced the first recipe for baked potatoes by Gialle&Co., the Threecolore with stracciatella, corn salad and baby tomatoes. Upon their return to Milan they decided to open a restaurant to try new versions from an Italian perspective. The grandmothers would be essential to the Gialle & Co. team, especially in the kitchen where, even when they are not there, the air is filled with the aromas, recommendations and methods of the elderly ladies.

And so Gialle & Co. opened its doors in the Moscova area: seafood, vegetable and meat lovers will find what they are looking for in a tasty menu based on potatoes that range from the Fishytariane to the Veggytariane, from the Meatariane to the Vegane, as they have been defined based on their ingredients. Andrea Vigna, a young self-taught cook driven by «passion, vocation and effort», prepares the Captain Cod with saffron-flavoured cod, wine foam and toasted almonds, as well as the Chips & Dale with toma cheese, caramelised onion, topinambur chips, the Na Cosa Light with tomato sauce, baked onion, jowl bacon and sheep cheese, and for vegans, the not-to-be-missed Hannibal Diet, with creamed spinach, lentil “meatballs” and toasted almonds. The potatoes are also served in the mini-version, for happy hour. 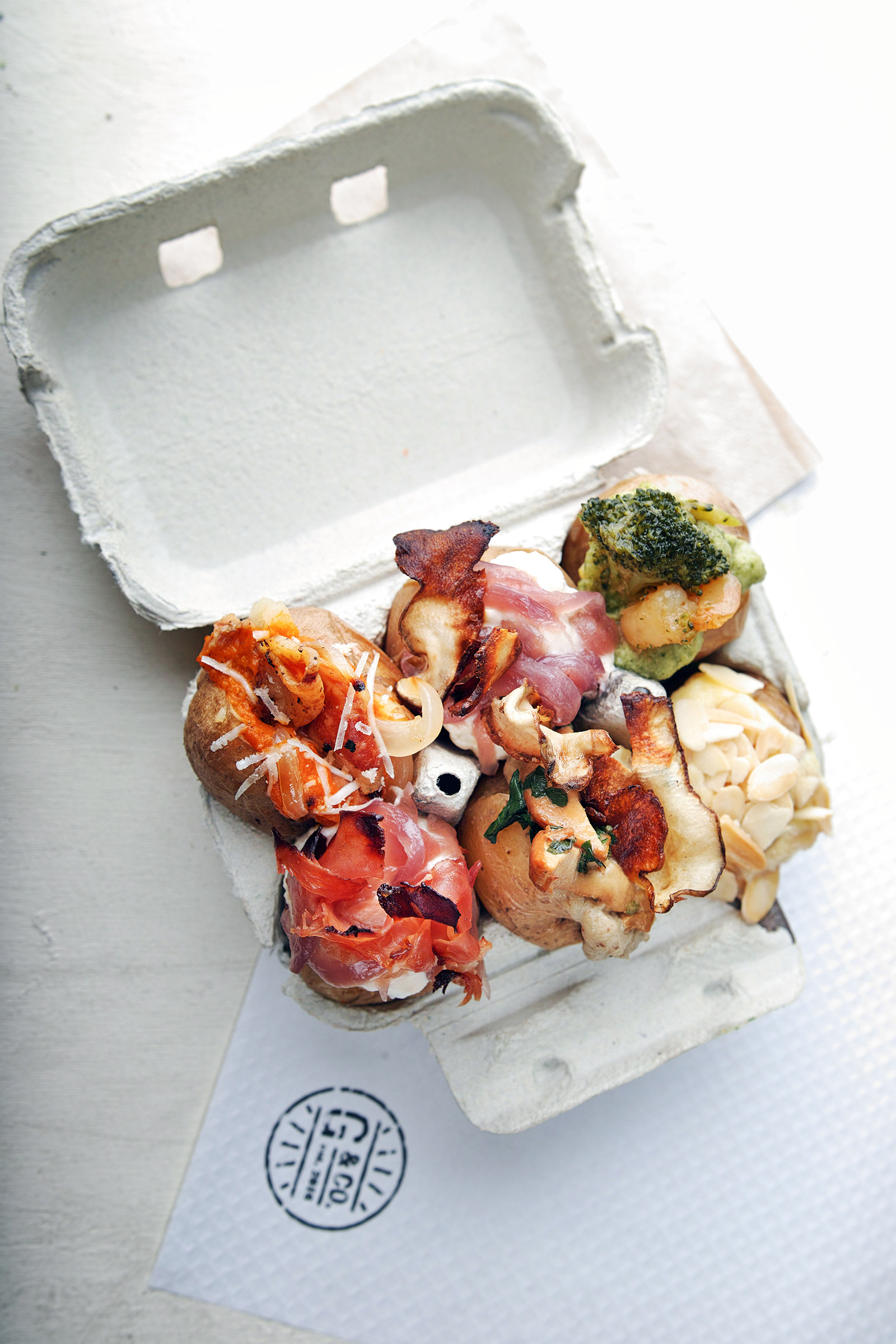 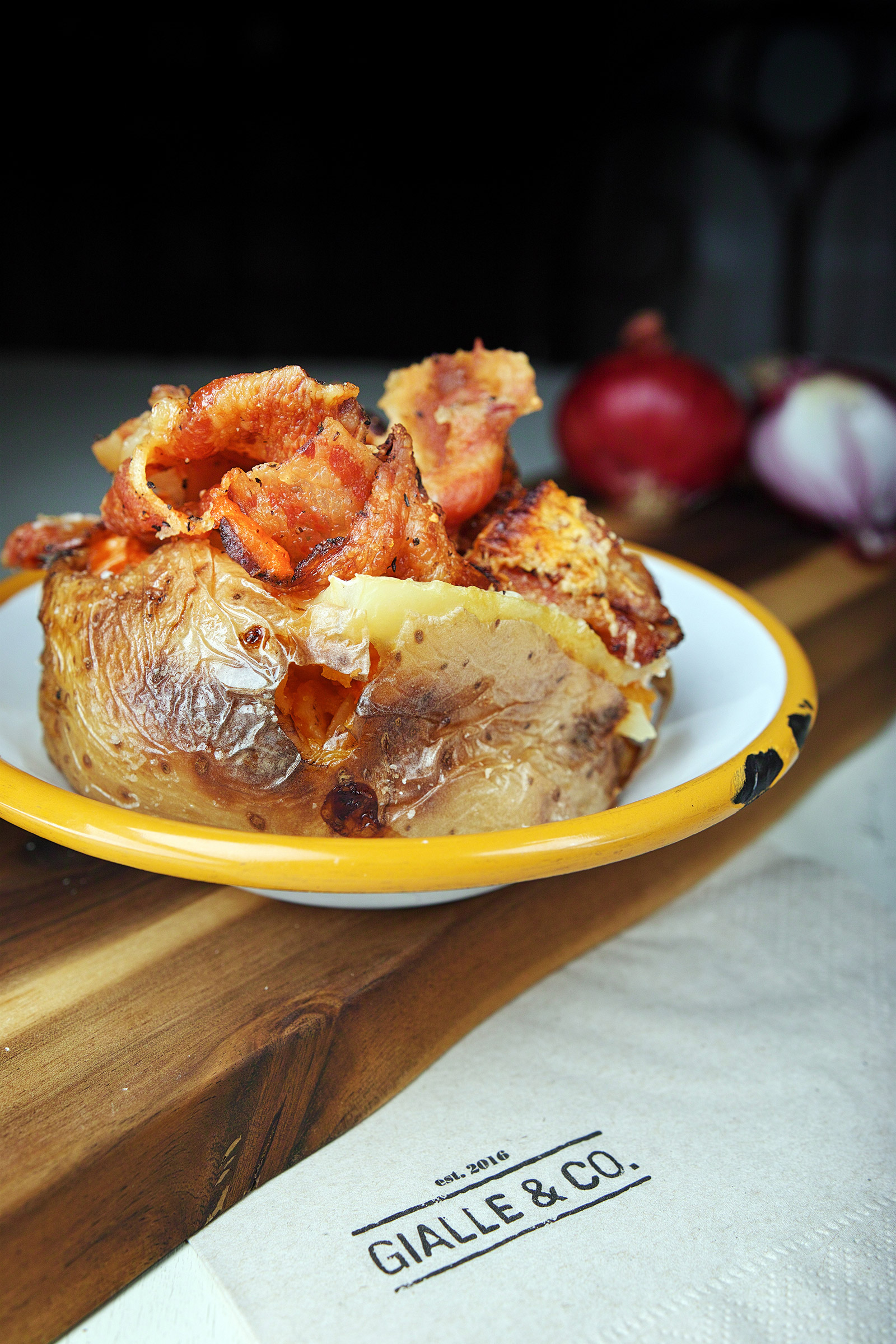 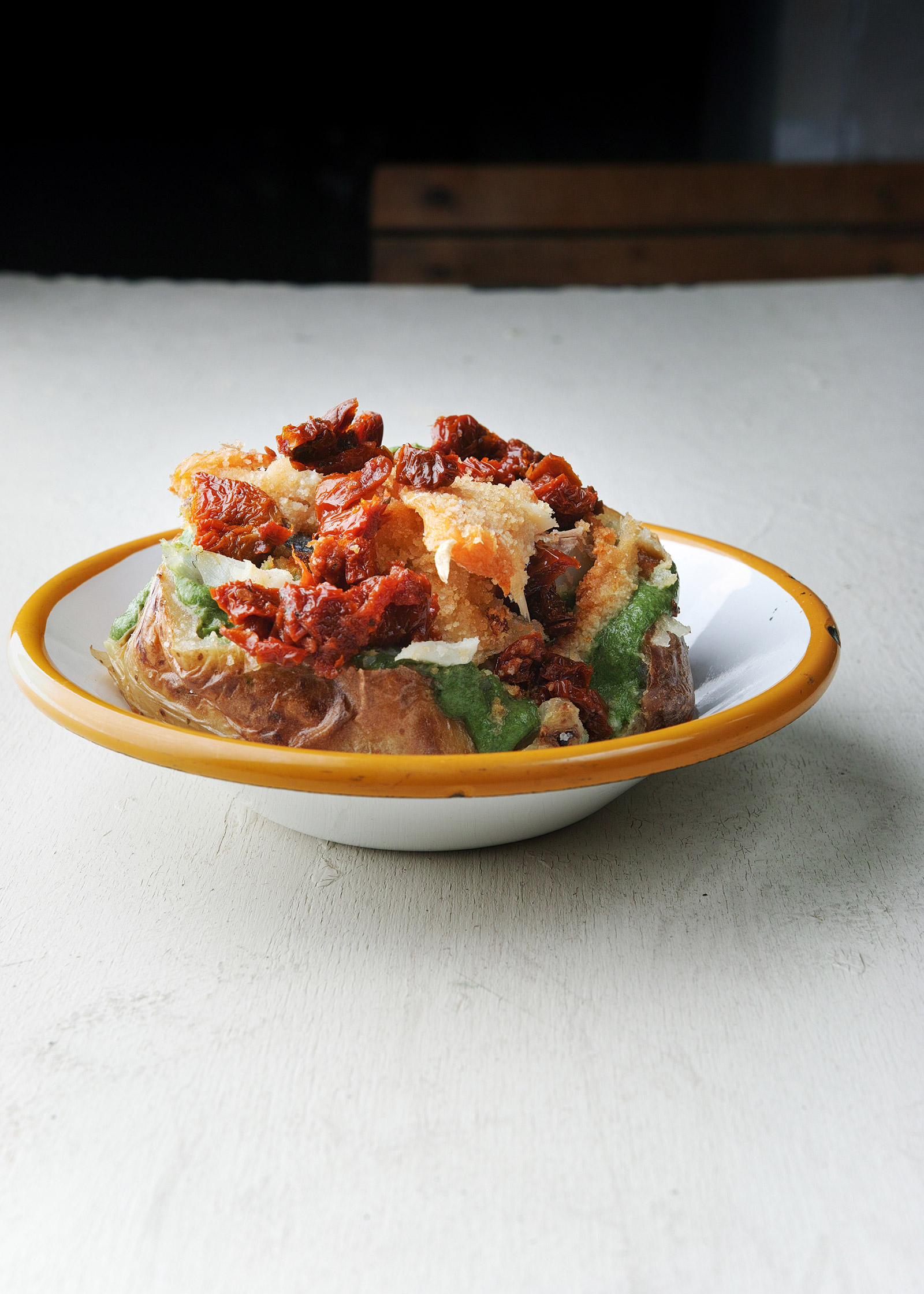 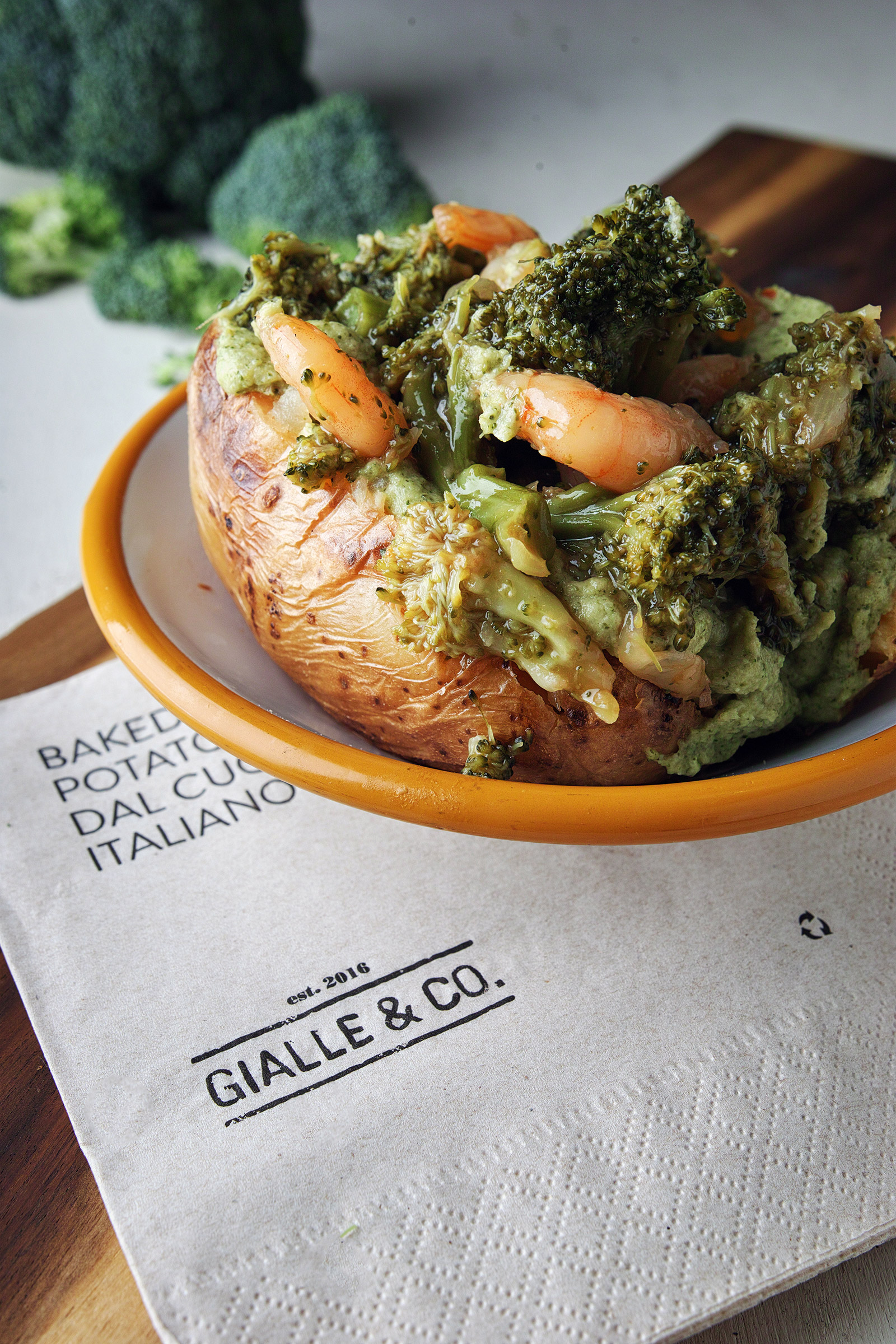 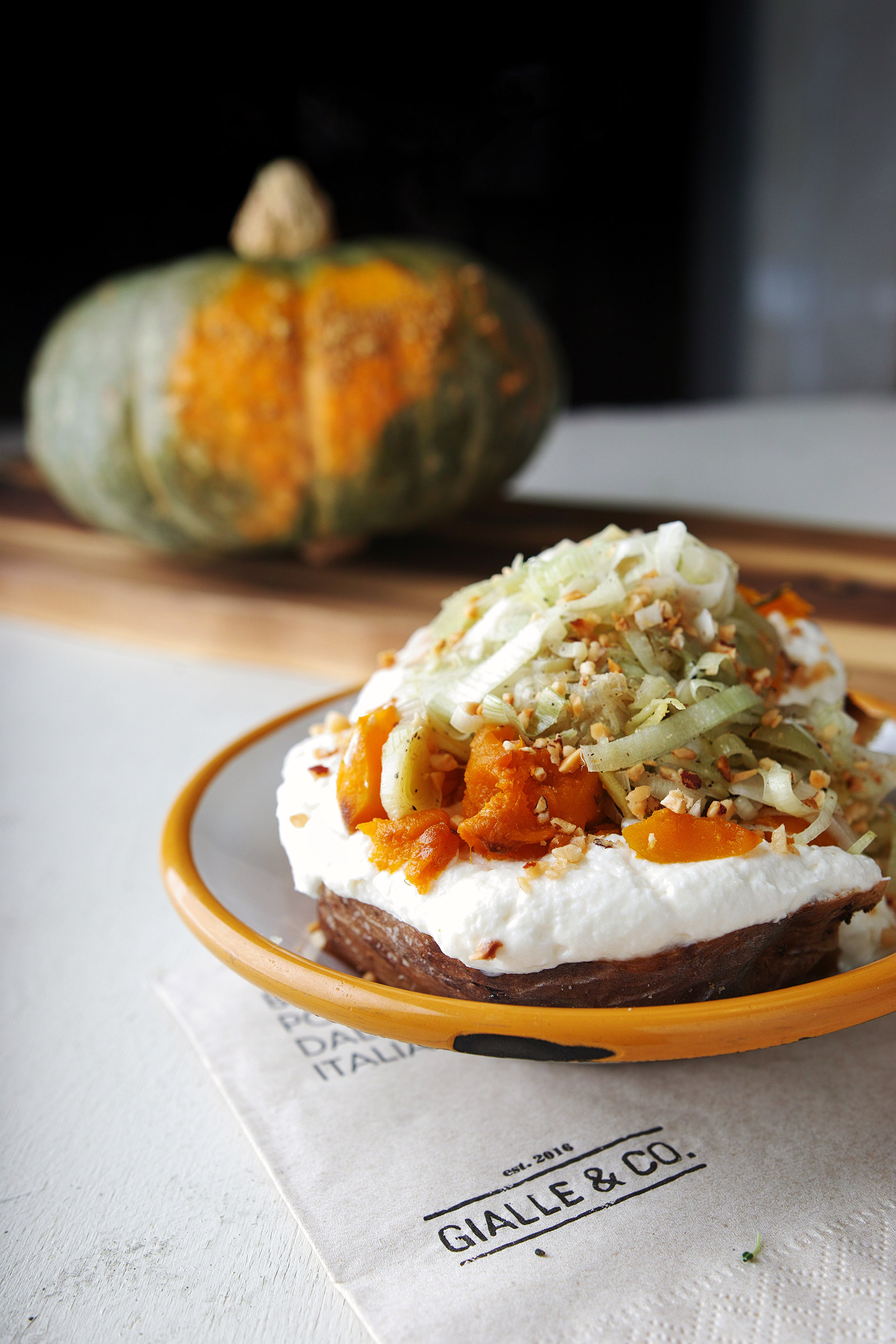 The menu also contains classical dishes, the so-called “must-haves” – such as Dr. Salmon & Mr. Butter with smoked Norwegian salmon, butter with herbs, crème fraiche, pumpkin seeds – and season dishes that at this time of year, for example, feature ingredients such as yellow pumpkin. Banish from your mind, you who come into Gialle & Co., the idea that there is no baked potato for dessert! Because you would immediately be disproved by the Facciamoci Del Good, the sweet potato with ricotta cream and chocolate shavings. The services include home delivery, but it is worth your while to take the time to go to Gialle & Co. personally: the place is very special, pleasant, intimate and cozy. 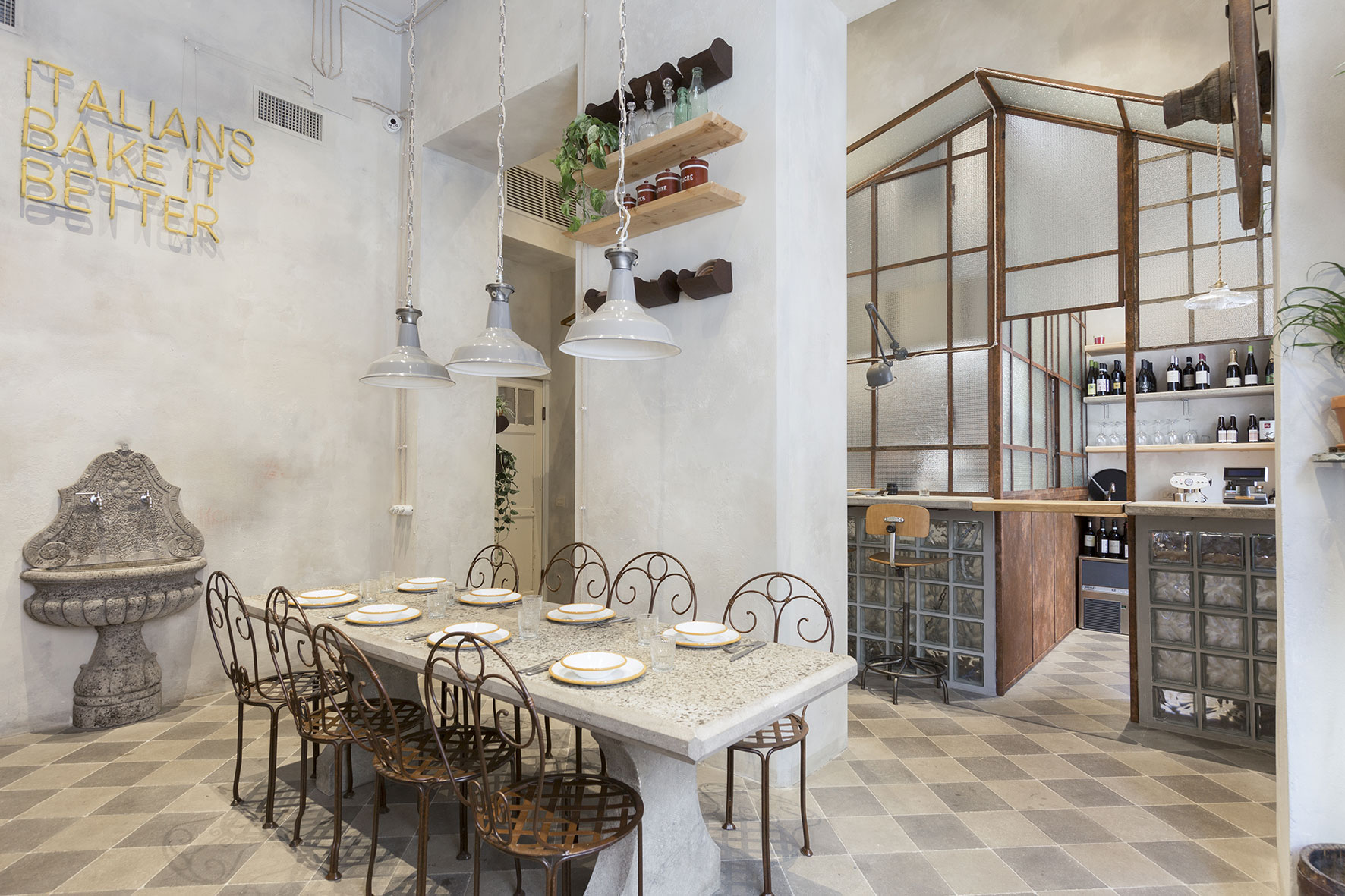 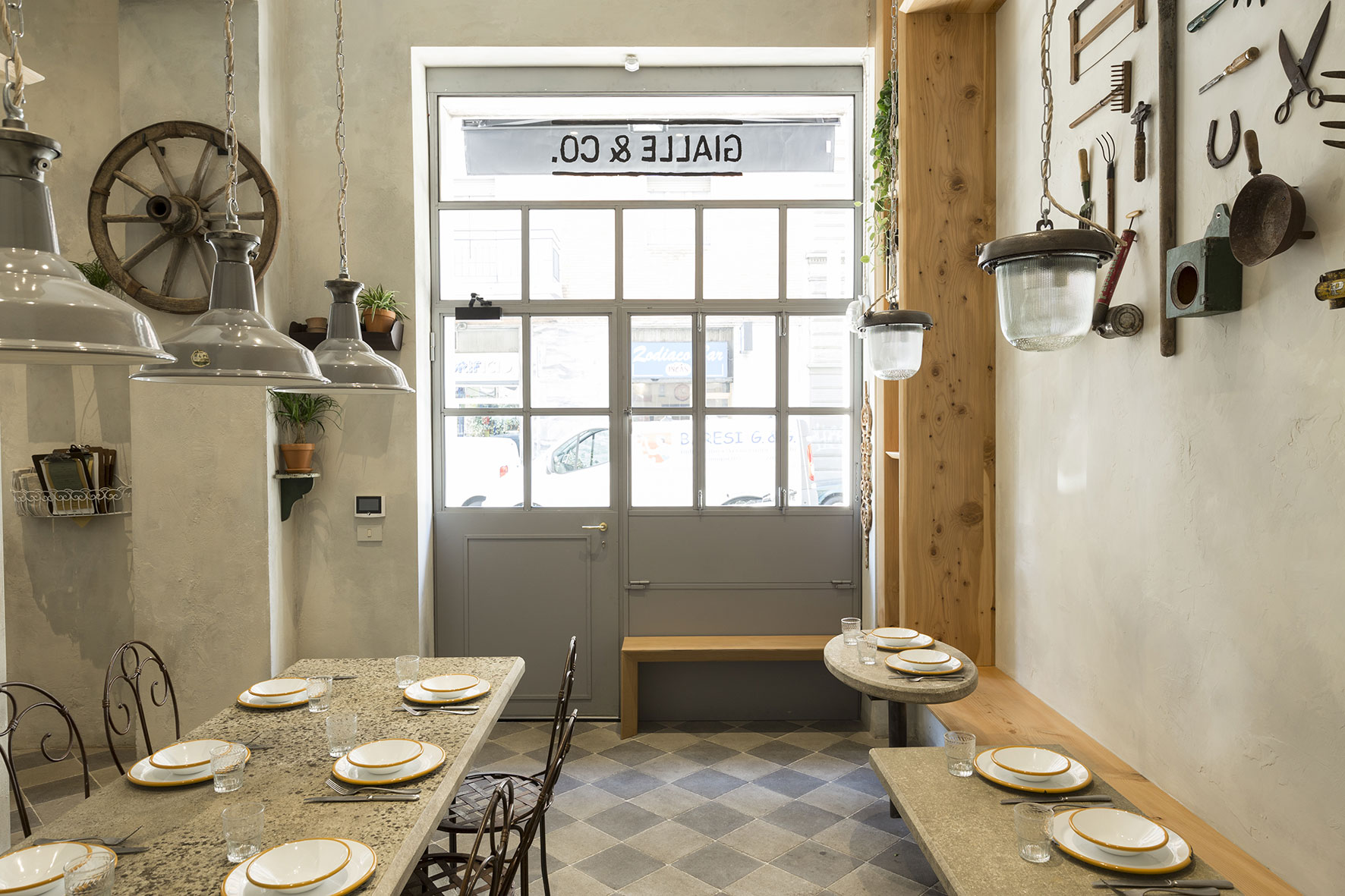 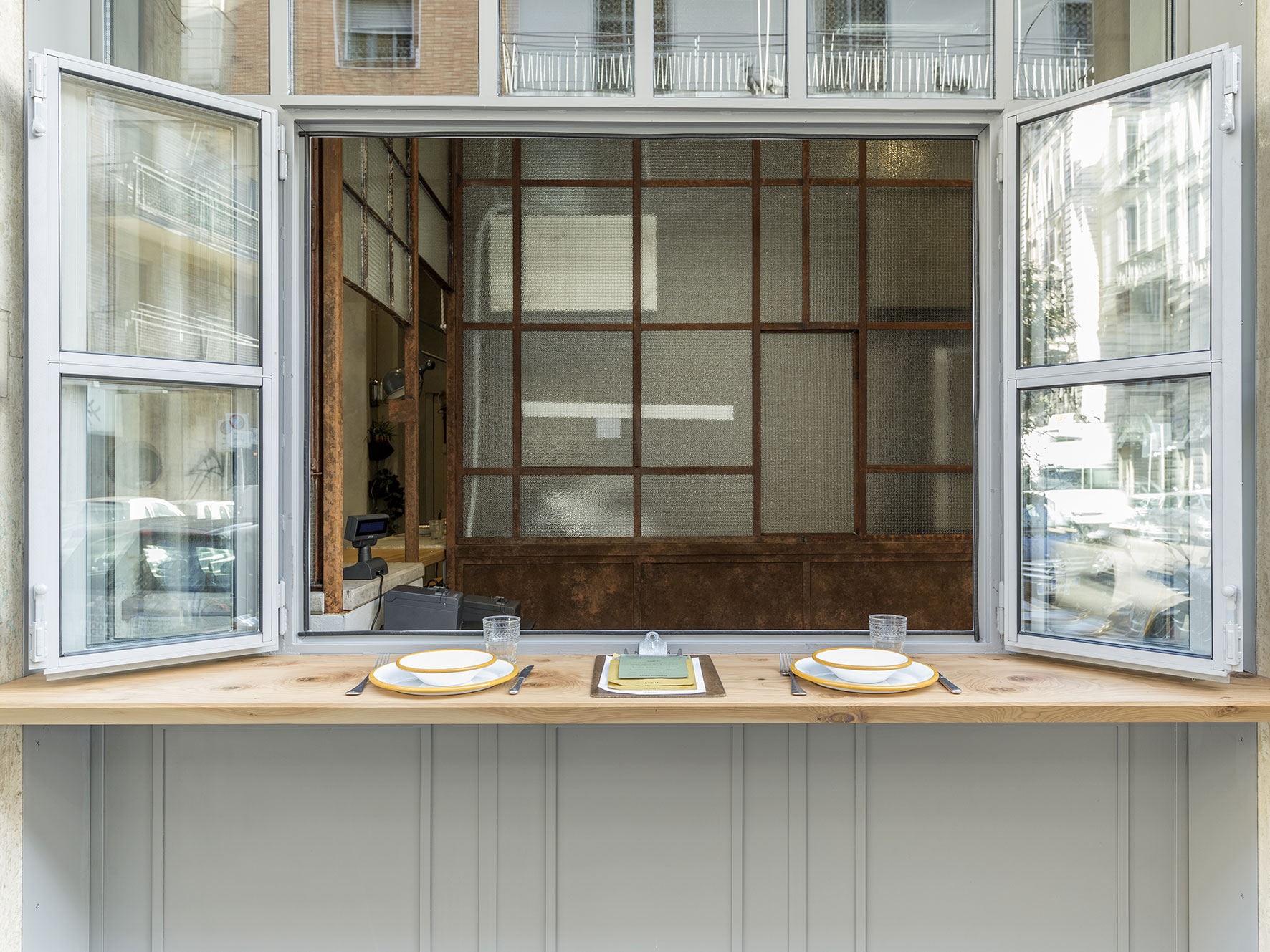 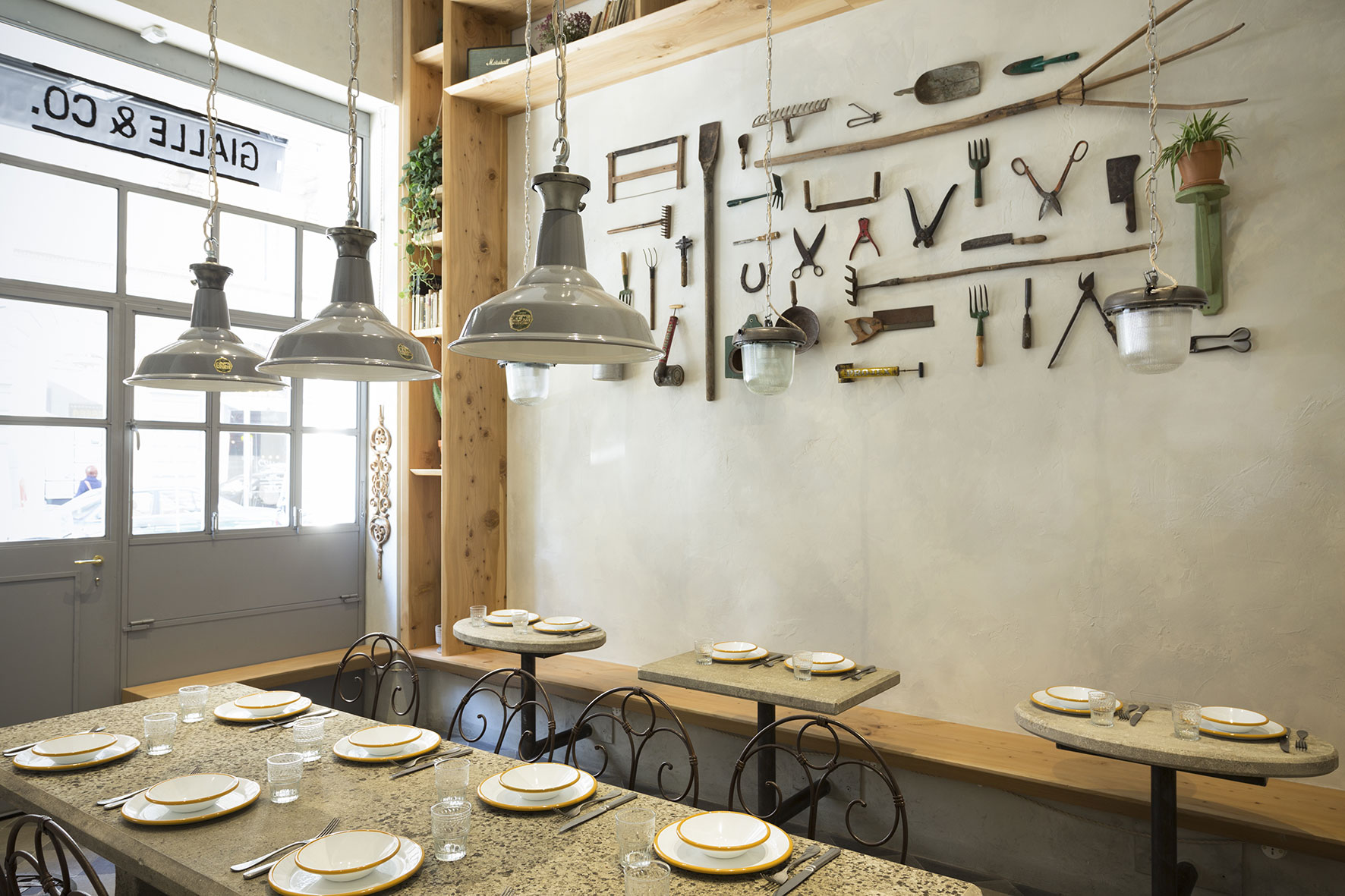 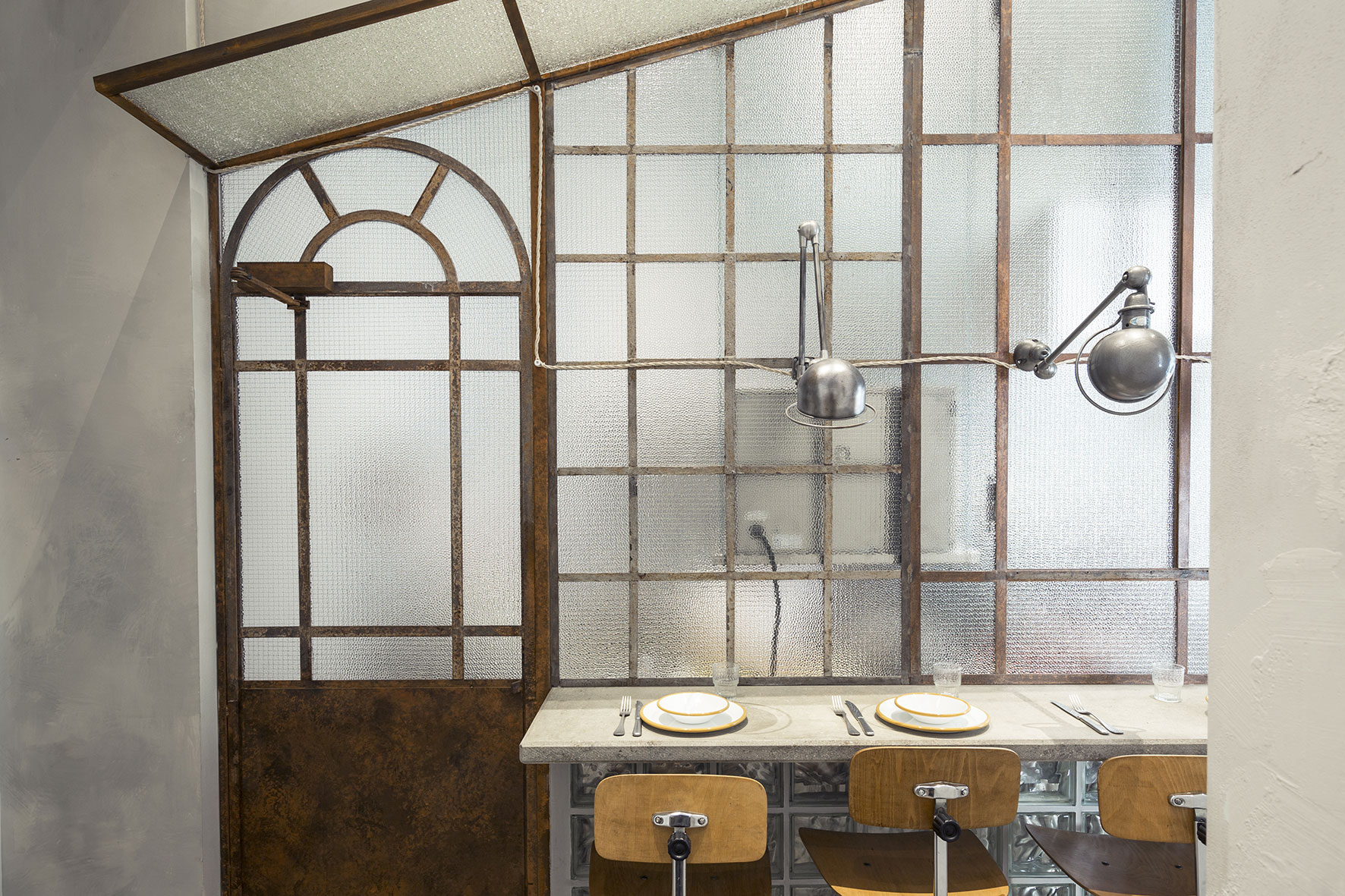 The interior design project, curated along with the marketing position, naming and branding by the design firm The Chic Fish, has renovated an old restaurant maintaining its authentic soul to create an intimate, almost domestic atmosphere. «A refined but rough design, the search for vintage pieces and experimentation with ancient materials are the distinguishing factors in the design», explain the architects.

The interior design is inspired by genuine rural spaces and uses rough materials that are treated and matched in a way that makes them look refined and unusual.

While the heart of Gialle & Co.” is “rural”, the restaurant has also been conceived to establish a relationship with the urban dimension: the windows feature a system that can open or close them, making it possible to eat outdoors during the warmer seasons.