After the pain of recent months, Bergamo reopens to nature and the now consolidated appointment with the Landscape Festival, this year in its tenth edition. From September 5th through the 20th, the city will be decked out in green thanks to the Green Square initiative: a ‘green’ reinterpretation of Piazza Vecchia. The event was conceived by Arketipos and promoted by the City of Bergamo in collaboration with the Regione Lombardia and the Chamber of Commerce, with the support of Il Legno dalla Natura alle Cose, Uniacqua, Mapei and the Fondazione Lombardia per l’Ambiente.

The 2020 edition is shaped by the shared values of landscape as the union between nature and culture (Nature+Culture=Landscape), plants as a symbol of encounter and hope, the power of community and Bergamo the City of Landscape. The tenth edition thus looks to the future and this year will feature the collaboration of architect Michele De Lucchi who will design the installation in Piazza Vecchia. Initially commissioned to Martin Rein-Cano, who will participate in 2021 instead, the protagonist of the piazza will be one large table, assembled from a number of tables, and created by the Il Legno dalla Natura alle Cose group. Each tabletop will be “set” with autochthonous plants, available to the public after the Festival for a voluntary donation, as are the tables, true designer pieces. 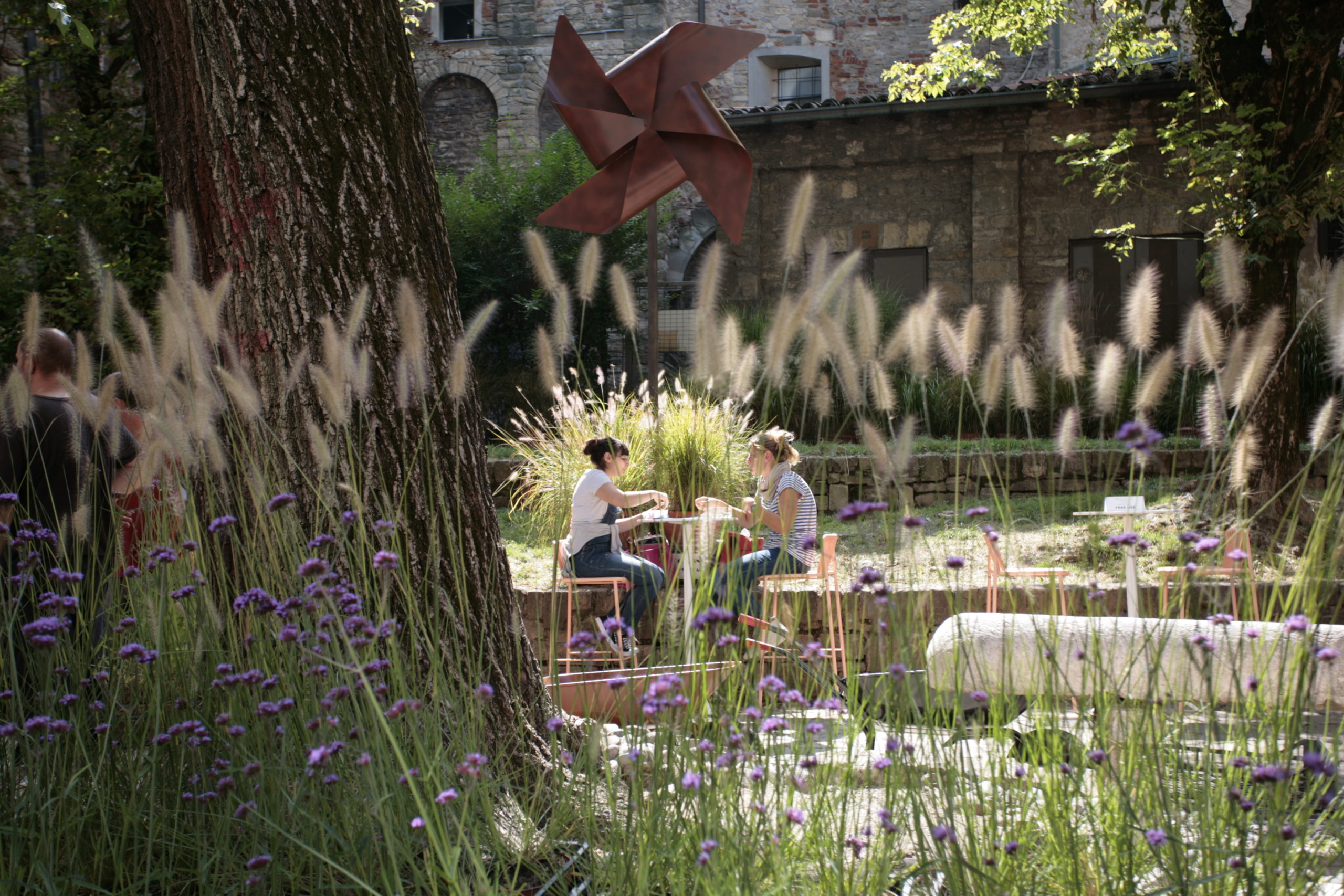 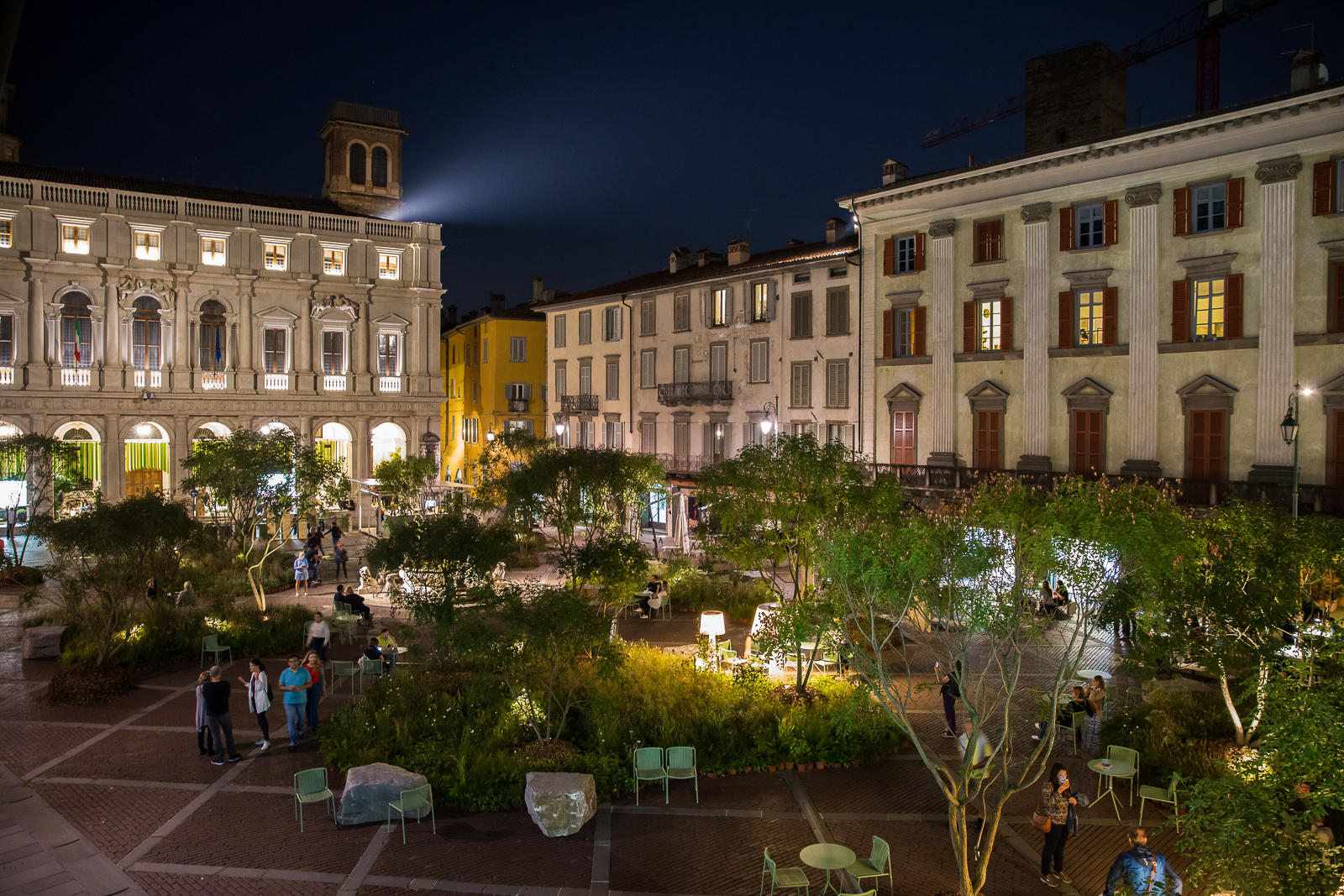 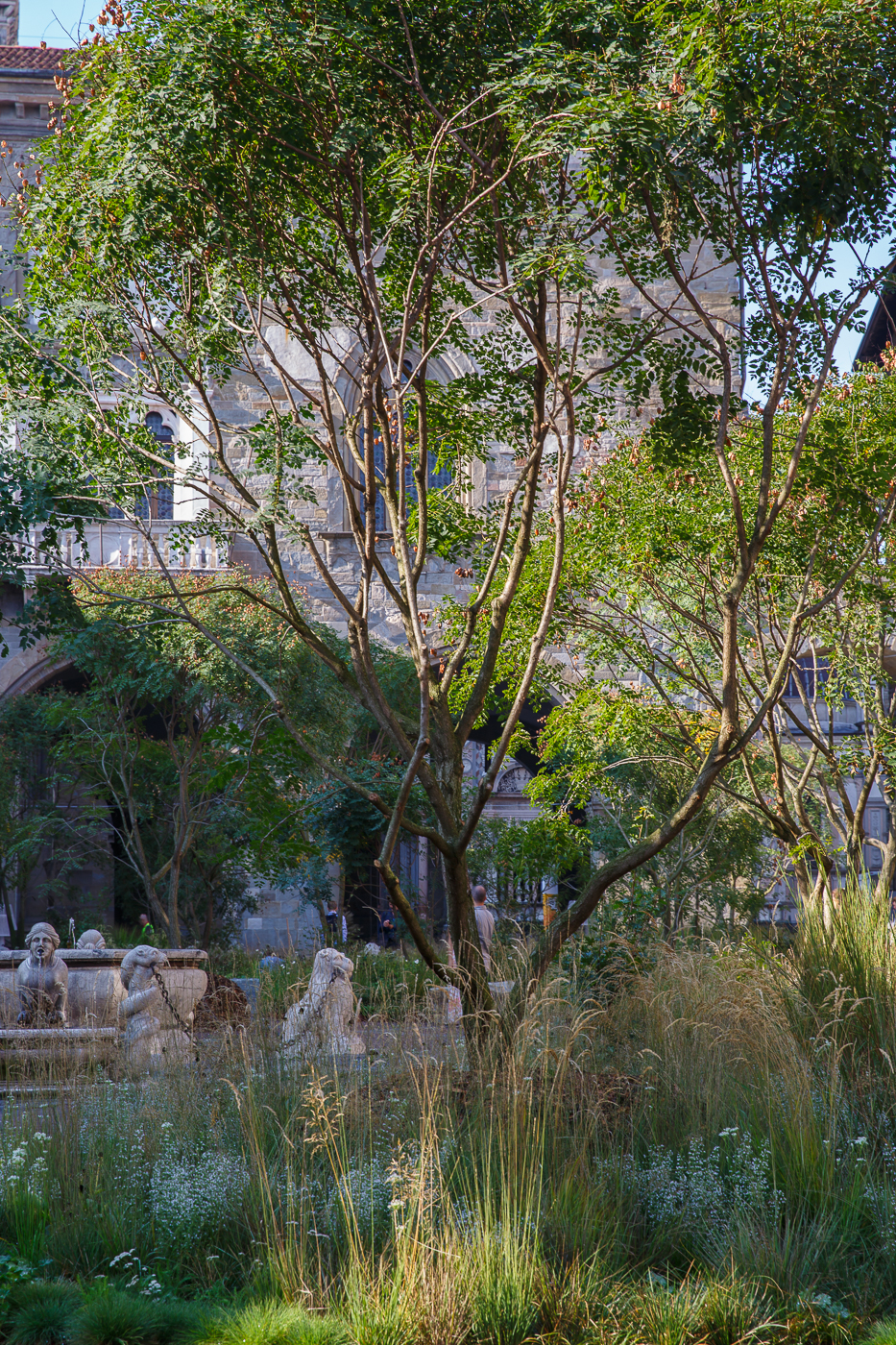 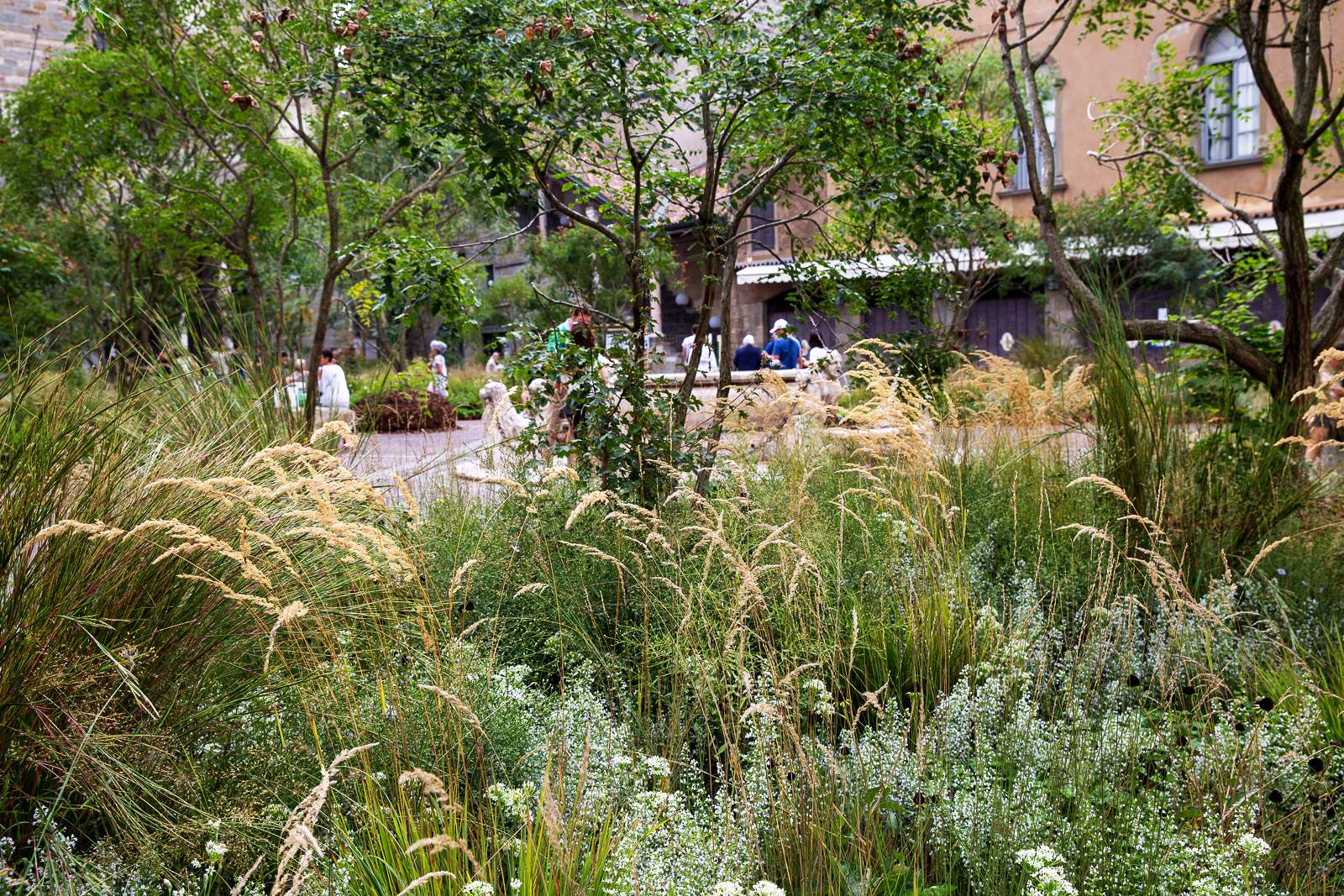 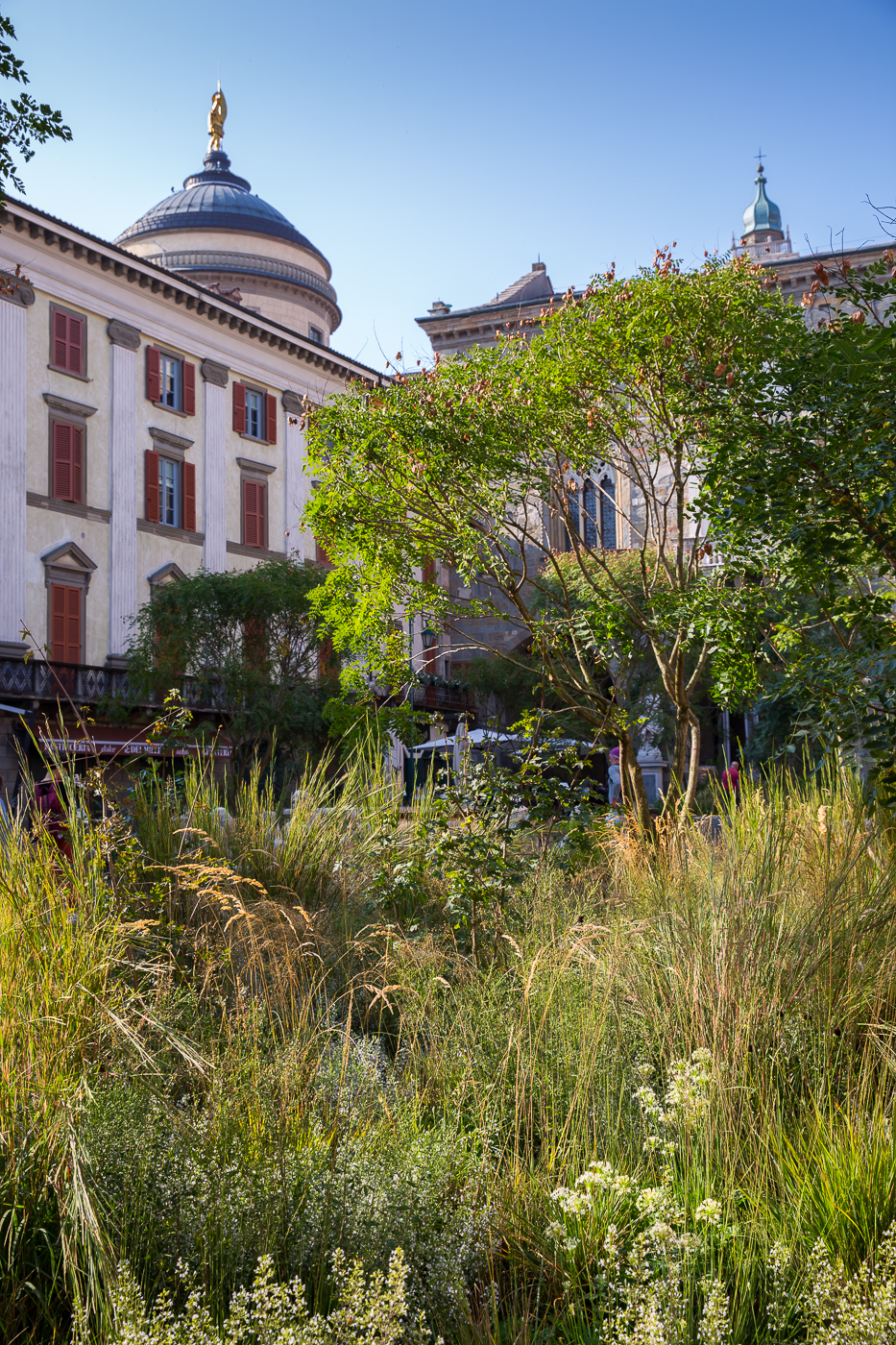 Architect De Lucchi describes his work as follows: «It is time to bring Nature to the table and address the issue seriously. A table serves to eat, study and work, but it is also the object on which we set important things, the ones we want to keep an eye on and not forget. Today more than ever, nature demands and deserves attention. To celebrate it, we decided to make coffee tables, side tables and dinner tables with lots of plants on them, as sincere admonitions to remind us to remember. The tables set this way will be arranged out on the square of Bergamo Alta, one beside the other, one on top of the other, one separate from the other, just like we humans of today’s humanity wish to be!»

Along with Green Square the focus is also on Green to the People, a garden dedicated to persons and to their encounter with nature, which will be located near the Papa Giovanni XXIII Hospital, thanks to a fundraising effort. And the Landscape Webinar, lessons about the landscape with the protagonists of the past editions, Landscape Call, green events scattered around the city, in which the protagonists were the citizens and the Green Book, a book that tells the story of the Festival across the first 10 city squares.

In recent years the event has been awarded two Medals of the President of the Republic and the Patronage of the Regione Lombardia, thus ranking fifth in the list of events of regional importance. Since its inception in 2011, the Festival has advanced values such as the culture of community, places and resources, values it has spread and promoted so that the landscape might be increasingly recognized as one of the founding elements of social, economic and urban development.

Bergamo is thus preparing to start over with one of the most important events for the city, hoping that it might spur a new beginning.

«Bergamo, which rose to unfortunate global notoriety, needs more than ever to highlight its historical, cultural and landscape heritage, a treasure of inestimable value, says the mayor Giorgio Gori. The Landscape Festival is one piece in this great project to revitalize our city following the painful phase of the emergency, a cultural initiative dedicated to the value of the landscape and projected towards being nominated, together with Brescia, as the Italian Capital of Culture 2023». 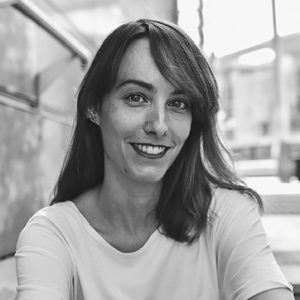