On a surface of 9 sq.km stand about a hundred buildings divided into twelve districts inspired by twelve cities of the Old Continent

It is not rare to hear of projects “made in China” that boast figures which to our eyes, appear almost senseless for the breadth of their scale. The latest: the longest bridge in the world which has significantly reduced travel time between Macao and Hong Kong, a 55-km infrastructure composed of bridges and underwater tunnels, built in only 8 years. No less an accomplishment is the largest radio-telescope in the world, built in less than 5 years with a 500-meter diameter parabola, almost double the one in Arecibo (Puerto Rico) which has held the record since 1963. So far, nothing impossible, given the enormous potential of the Asian giant, guaranteed by a boundless population and galloping economic growth.

But drawing attention this time was a private company that in recent years has become recognized around the world: Huawei 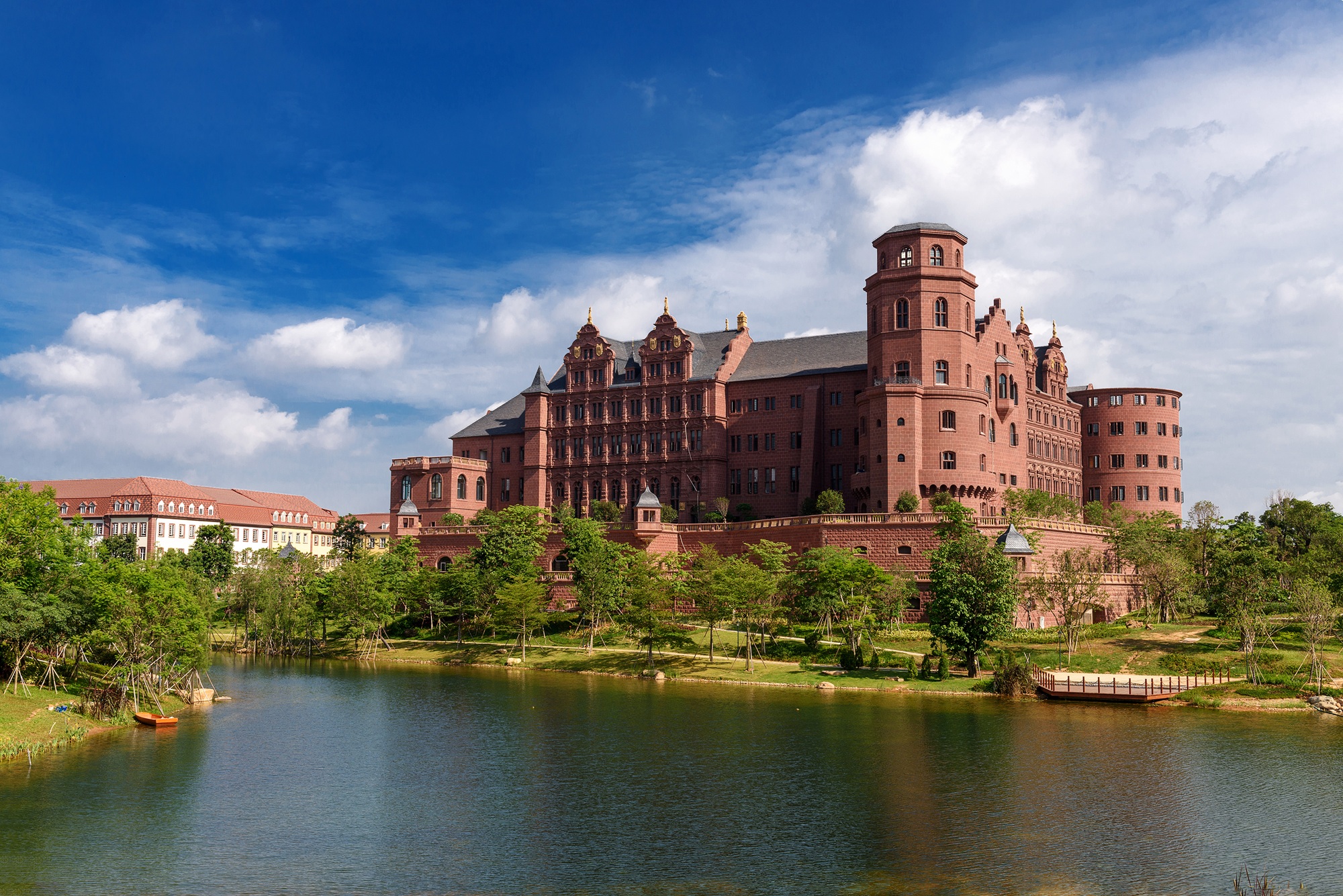 How? With a new Headquarters located in Dongguan and covering a surface of 9 square kilometres in what is known as China’s “Silicon Valley”. But what has drawn attention in particular to the new “Ox Horn Campus” (a name that refers to its shape) is something else. Unlike other tech giants such as Apple or Samsung, instead of drawing inspiration from innovative futuristic shapes, the Chinese corporation has chosen to look to the architecture of 12 European cities. The company itself explains the reason for this choice, defining them as “iconic centres that have become symbols of culture, art and progress». In 140 hectares you can move from Paris to Verona, then Oxford, Bruges and Granada.

The idea of drawing inspiration from existing cities is certainly not a new trend, and not only in China. The second most famous Venice in the world is located in the United States. Where? In Las Vegas, obviously, where by the way you can also tour the Pyramids after playing blackjack. But this is not a place dedicated solely to entertainment, on the contrary. Its 108 buildings host 25,000 employees, about 2000 for each district. To get their employees to their workplace, the corporation has organized a fleet with dozens of buses that, every morning, take them into the campus and bring them back home at the end of their shift to a district built of skyscrapers just a few kilometres away. The new headquarters is divided in two by Lake Songshan, crossed by a structure that looks a lot like the Freedom Bridge in Budapest. The streetcar that connects the various cities is reminiscent of the “Bernina Train”. 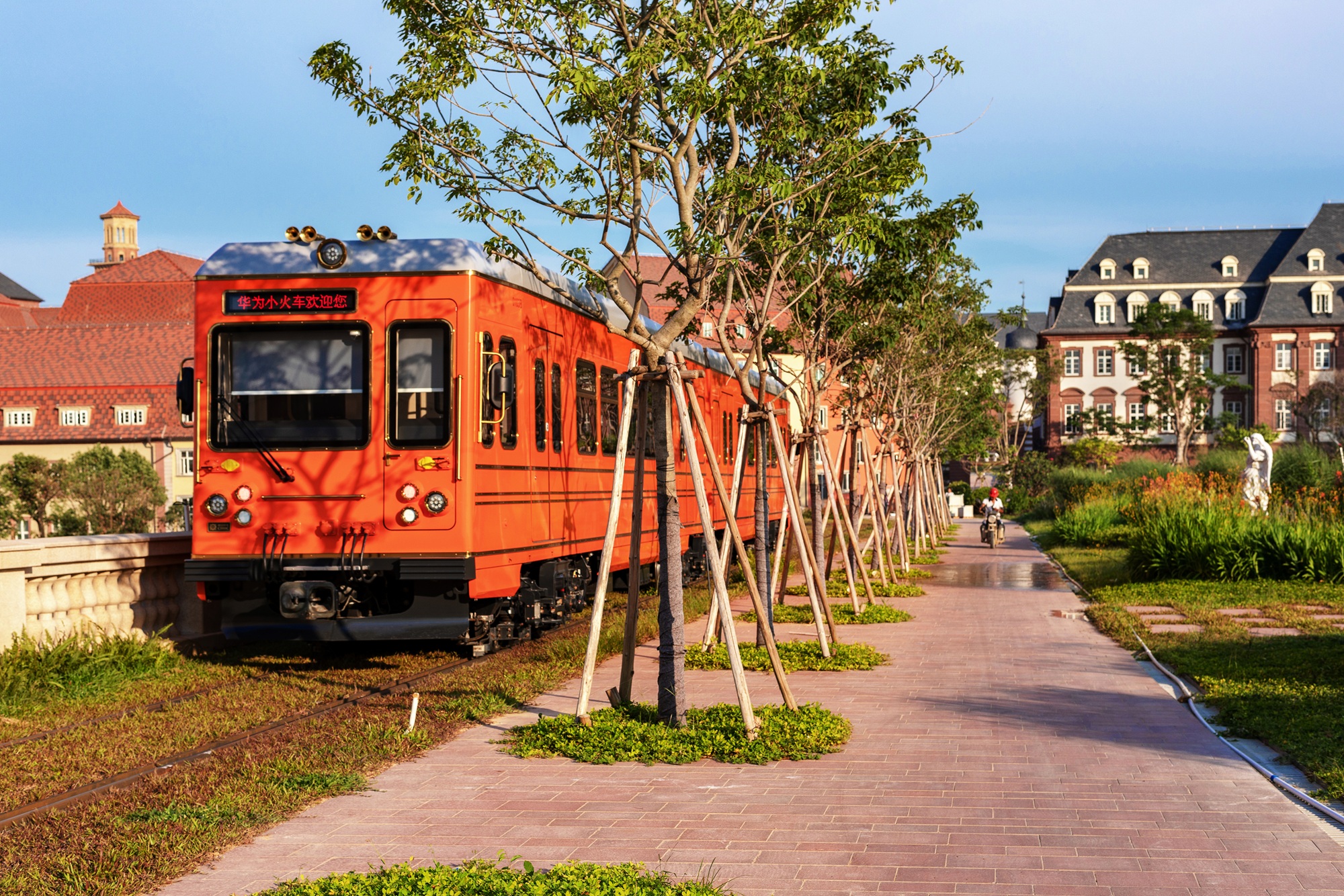 The construction of such an important centre from scratch was certainly not easy. Begun in 2015, there have been delays, with four areas yet to be completed and costs that have rocketed above a billion euro. There is great attention to sustainability, an increasingly important theme for which China has become the global spokesman since the United States, led by Donald Trump, pulled out of the Paris accord on climate change. In addition to its many green areas, especially around the lake, private motor vehicles are forbidden. A train track over 8 km long connects the various areas, served by a streetcar that runs all day to transport the employees from one sector to another, or rather from one city to another. The buildings themselves were conceived to reduce their environmental impact as much as possible. These hallmarks, as well as the staggering figures underpinning this operation, cannot but generate a feeling of awe, at least initially.

A goal that has unquestionably been achieved. The videos posted by dozens of news agencies around the world, recently invited by Huawei to take a “tour” of the HQ, show that it really feels like being in a miniature Europe. The buildings are not identical copies, but the architecture is clearly and deliberately inspired by the city of reference. Thus the copy-cat effect is avoided and the visitor really feels like he is in Italy, Spain or France. 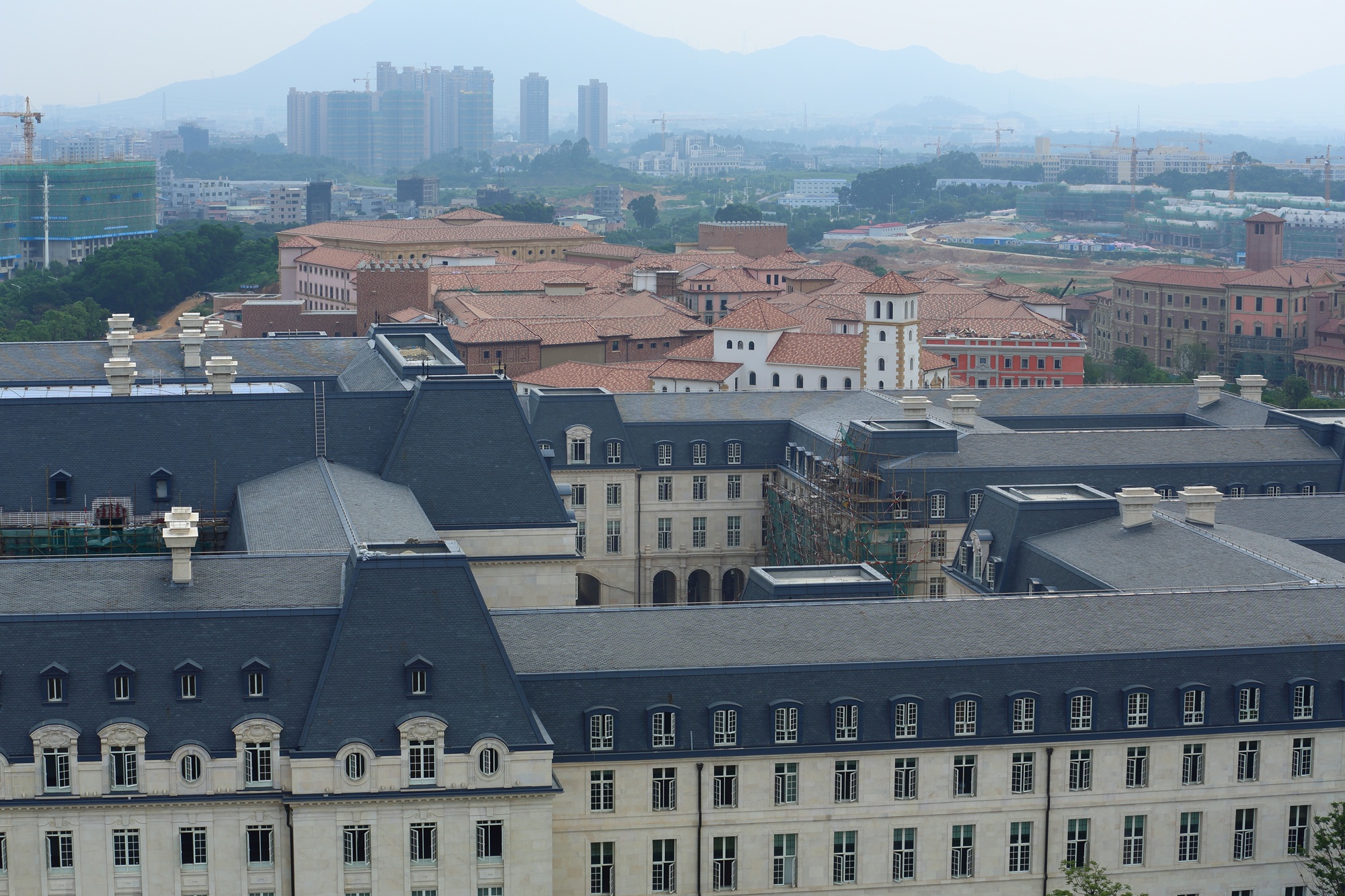 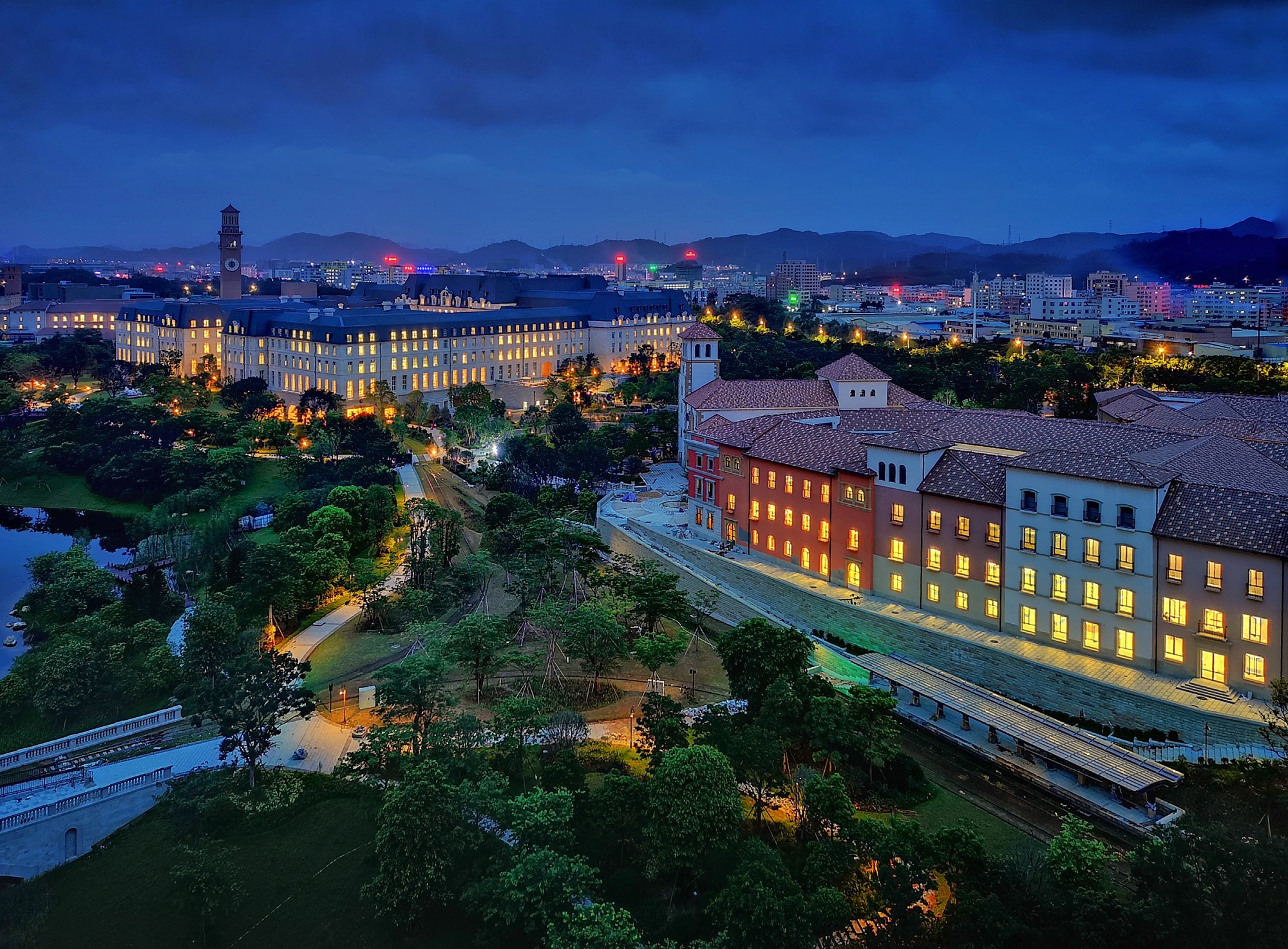 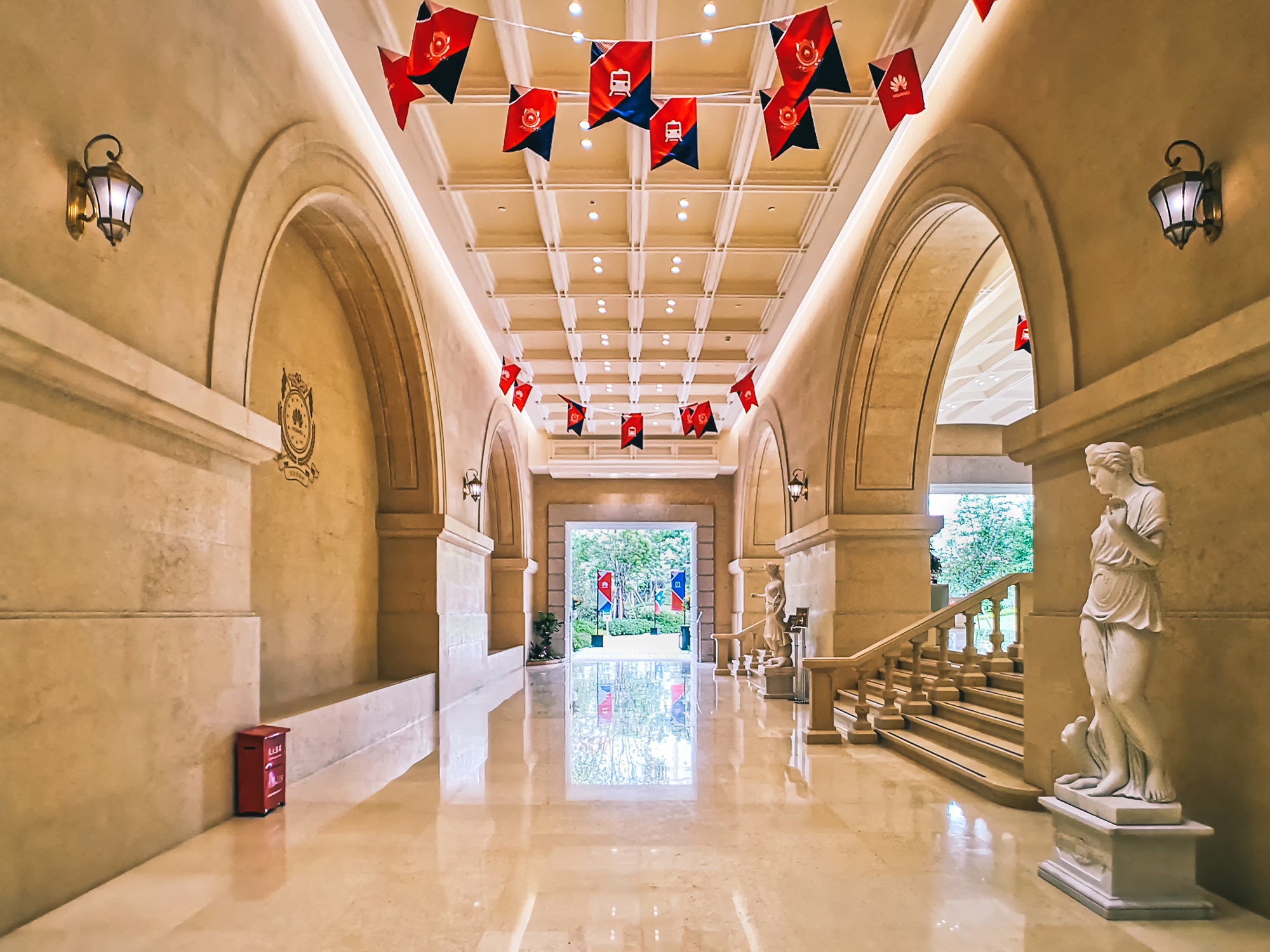 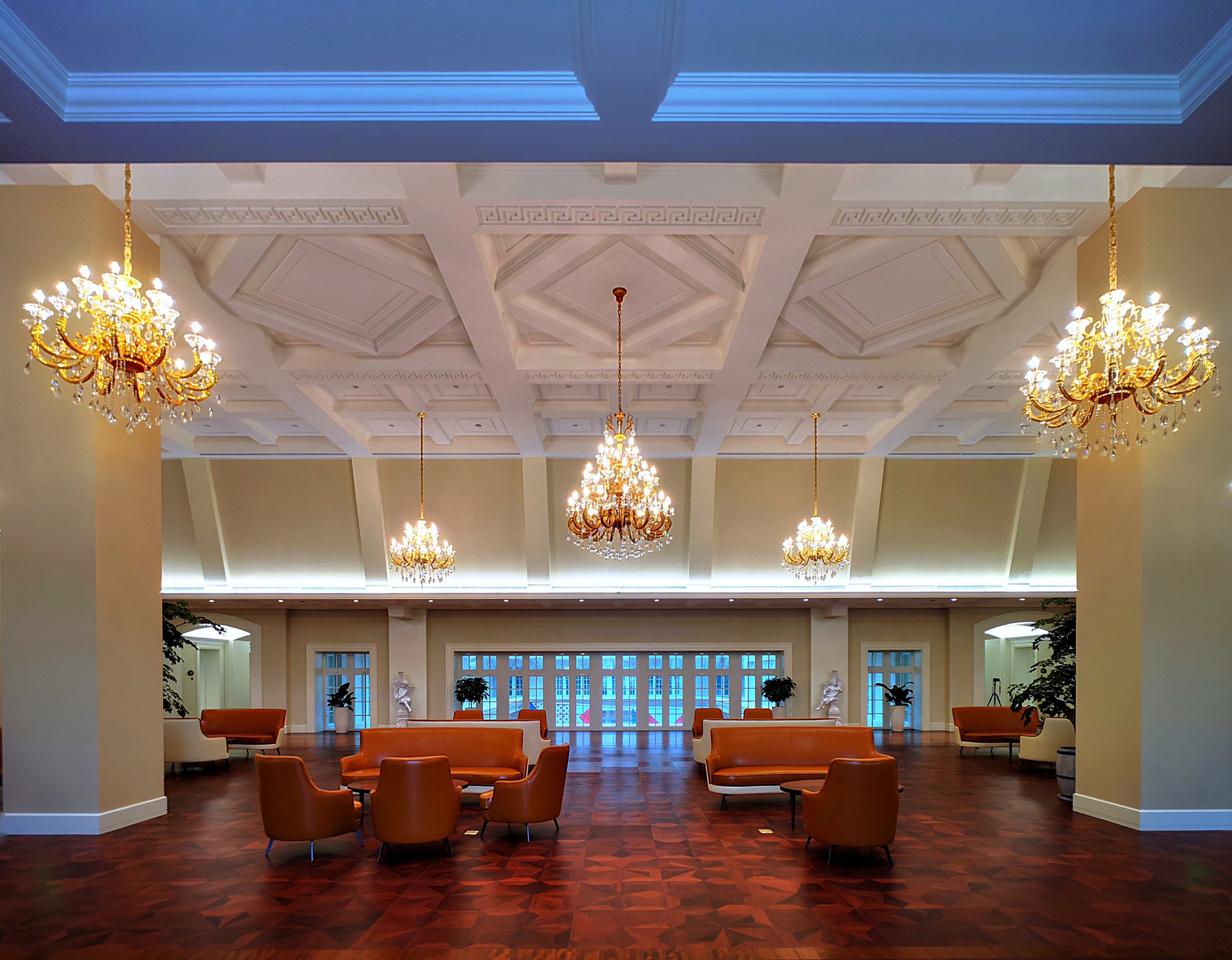 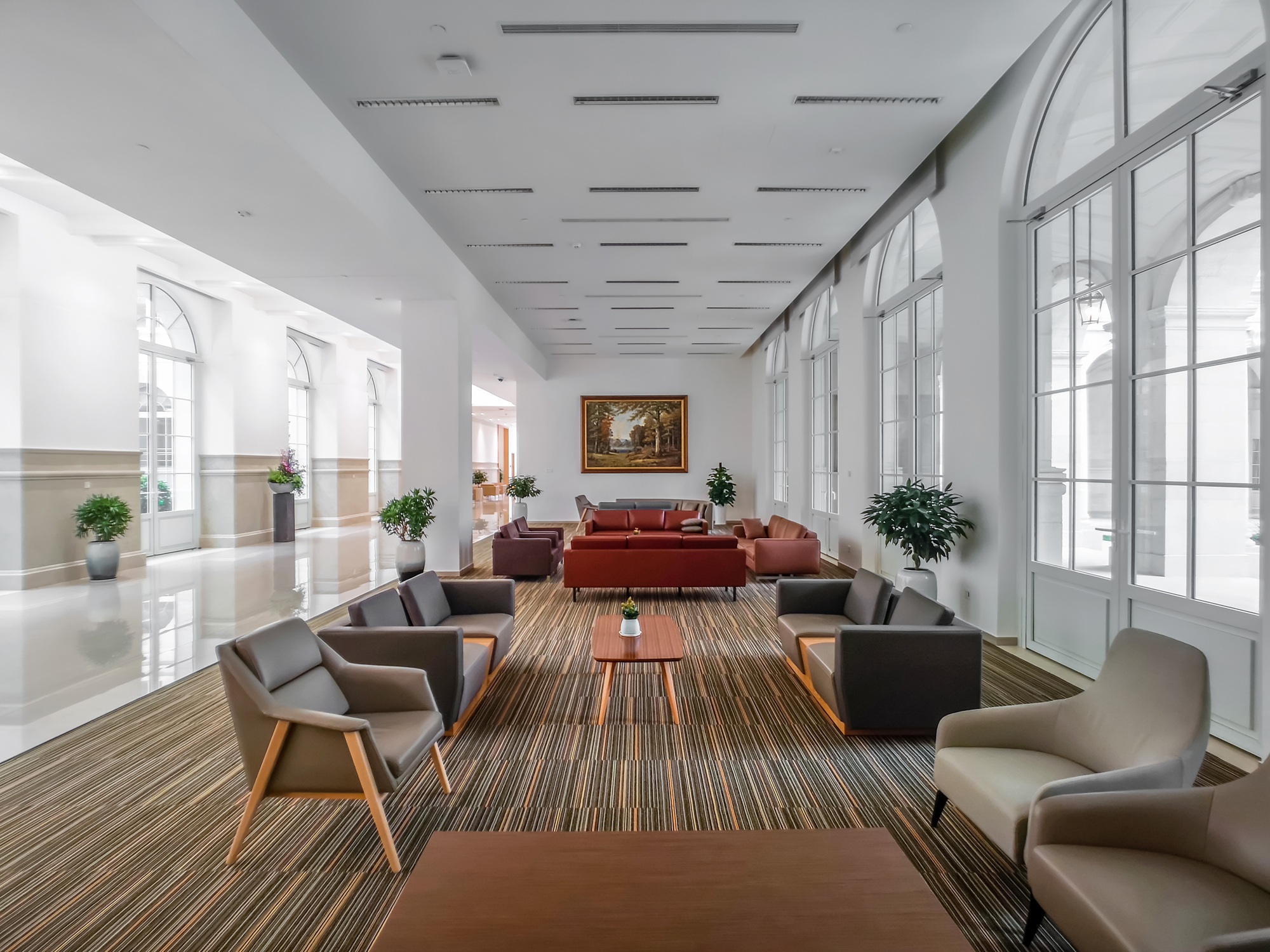 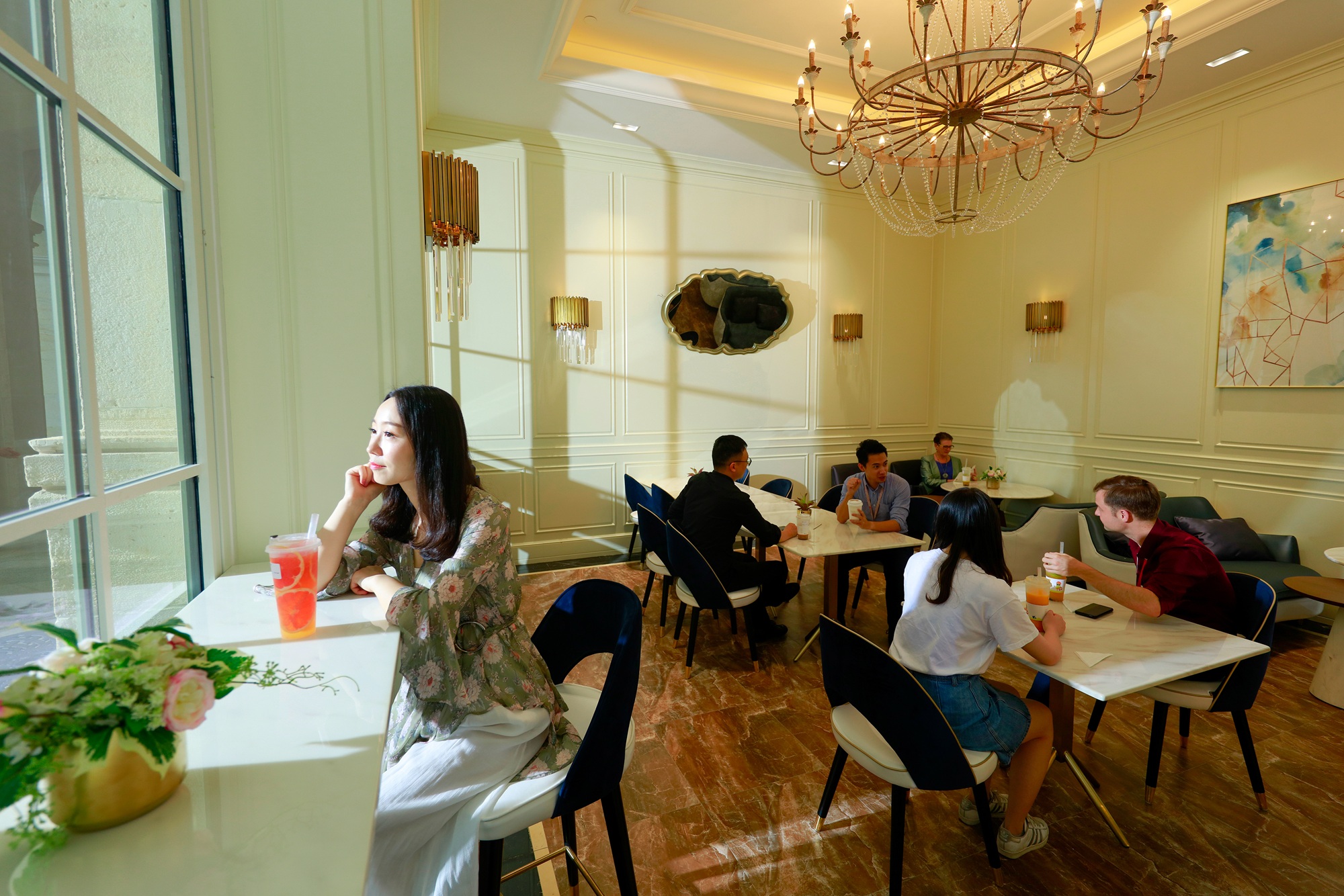 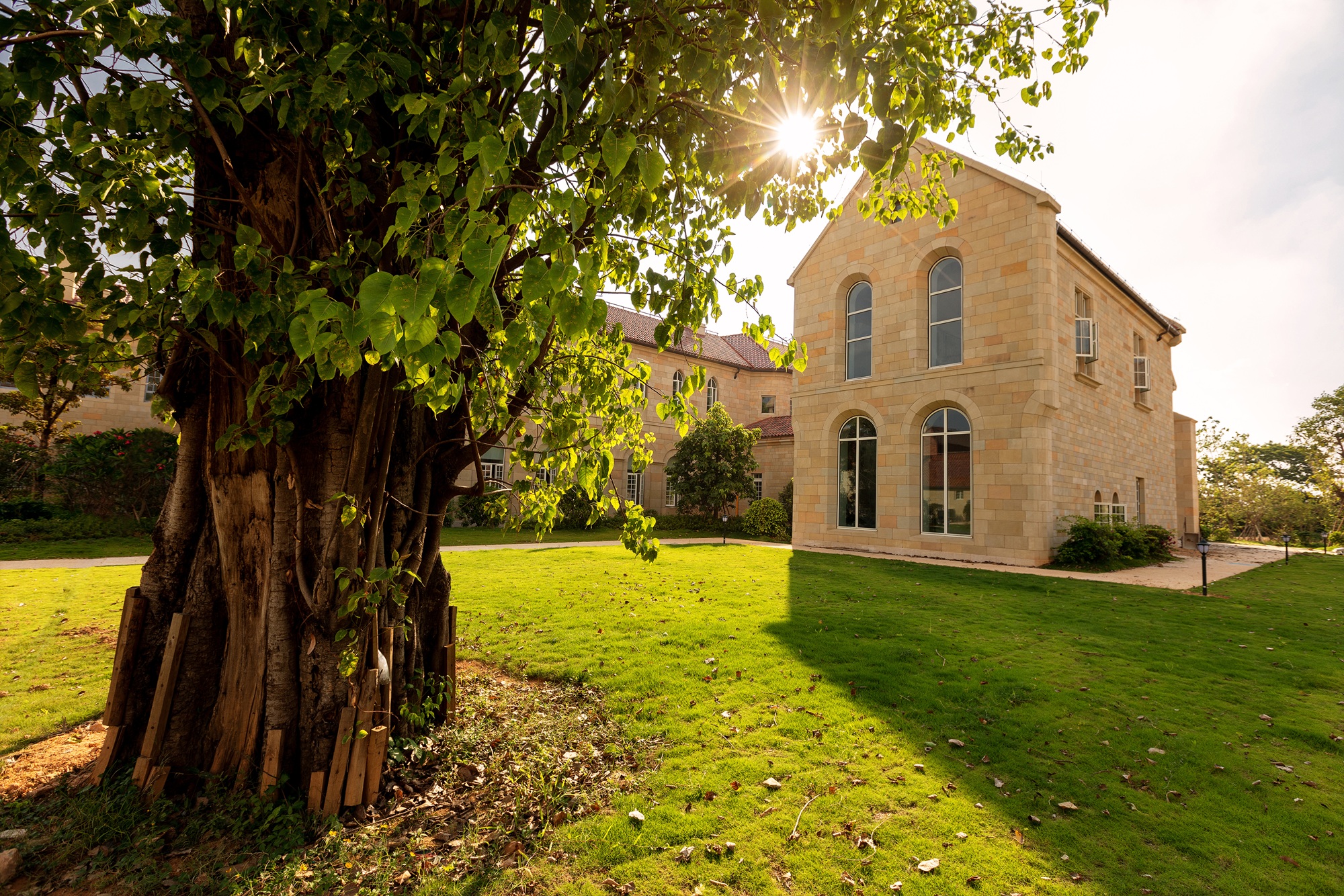 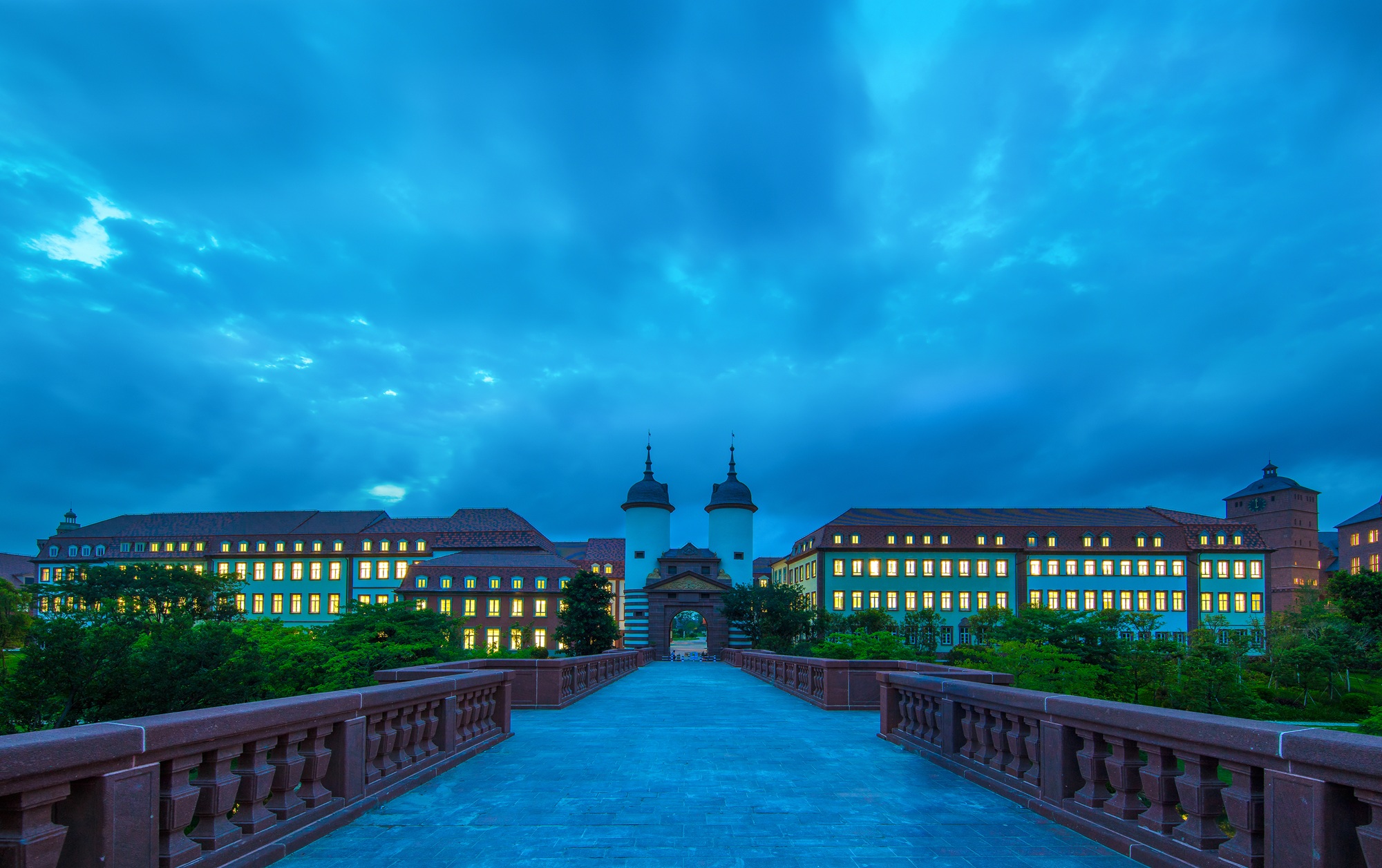