ZTE is the first to launch the Axon M on the market, beating out Samsung, Huawei and Apple

They fold, they have more than one screen and their functions are the product of Artificial Intelligence. The world of smartphones is in a flurry and the phones we are used to will soon become “vintage” items.

The winds of change are blowing from the East, and from China in particular. ZTE beat everyone to the finish line, leaving the leading brands in smartphone technological innovation – Samsung, Apple and Huawei –  to look on in disbelief. The Chinese manufacturer was the first to launch the Axon M, a folding smartphone with a double screen, on the global market. Distributed in Italy exclusively by Tim at the price of 899.99 euro, with a special no-down-payment offer for customers who choose to pay for it in 30 monthly 20-euro instalments, the Axon M is the same size as a “traditional” smartphone when it is folded, but just like a book, it becomes a two-page spread when you open it and the screen can be transformed in “extended” mode into a full 6.75″ display to watch films or increase the “field” for gaming.

While it’s true that Zte won the race to get there first, the competitors are almost ready to fill the gap with even more futuristic models. There is no official confirmation at the moment, but rumour has it that there will soon be a launch in grand style – within a year and some say even by November – by another Chinese manufacturer, or better yet by the largest manufacturer of mobile phones in the world: Huawei. The company has apparently developed a “foldable” double screen phone that is extremely thin, a smartphone to carry in your pocket or handbag, but incredibly powerful in terms of function. 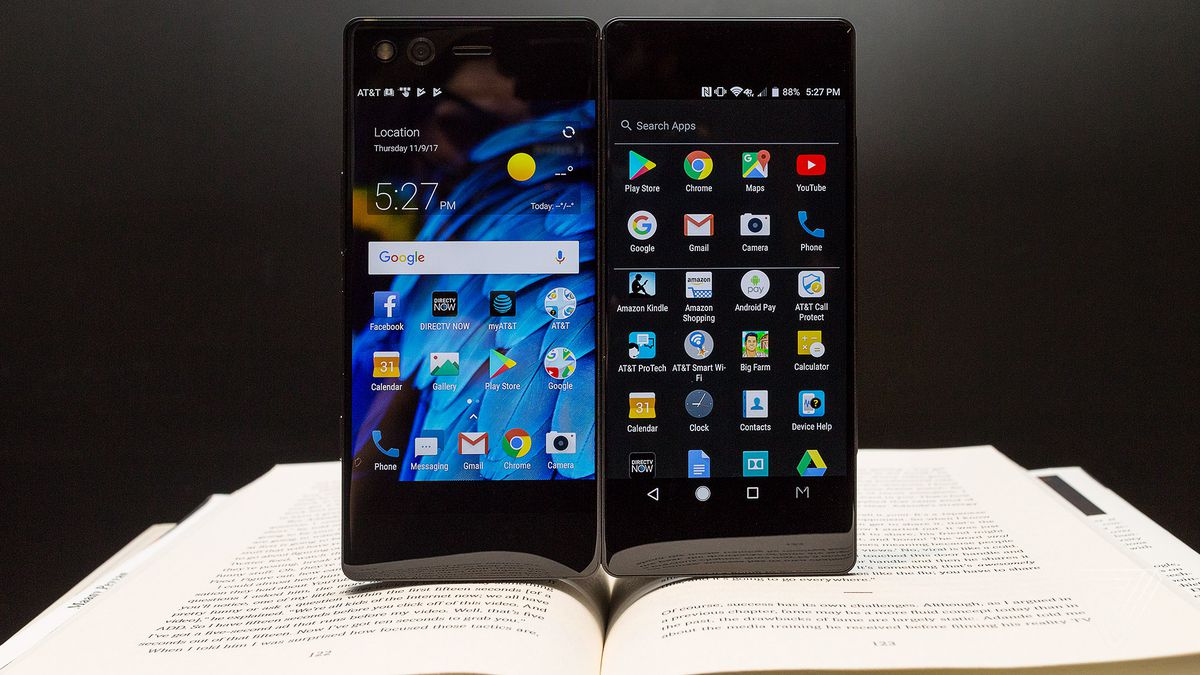 Word is that they are working briskly to get on the market as soon as possible and especially before Samsung. The highly-anticipated Galaxy X by the Korean company will also be – and this is said to be certain – a “foldable” smartphone, but in this case the number of screens goes up to three: two 3.5″ diagonal displays on the front which will create a single 7″ display when it is fully open, and a 3.5″ display on the back. But it is unlikely that it will be launched on the market before 2019.

The marathon race towards double or triple-screen smartphones has even more contenders in Motorola with its Razrv4 – a phone with a foldable shell-type display – LG and yet another Chinese manufacturer, Oppo, which is preparing to move into Europe and could make its debut on the Italian market within the year. And Apple? It seems like there is nothing in the works in terms of multiple displays. And in any case not before the year 2020. But you can always expect some kind of surprise from Apple.