When development and protection go hand in hand. The policy of Government and the new-generation environmentalists

«We are late, but we’re not too late». These words by the Minister of the Environment Sergio Costa summarize the meaning of the presentation of the TES (Transizione Ecologica Solidale) think tank. There is much work to be done and the goals are ambitious, but it could be no other way if the point is to save the planet (and man) from the consequences of global warming, a process that has been underway for decades. So while this issue, along with terrorism, is generally considered to be our greatest threat at the global level, the paralysis of public actors on this theme must be underscored. This was discussed by the many speakers at the open encounter organized in Rome by TES Association, chaired by the former Minister of the Environment and Justice Minister Andrea Orlando.

But what formula can make society unleash its full unexpressed potential to foster a sustainable economy? First, green activities must become the most convenient from every point of view, not just from a social perspective. But it will take great cultural change to ensure that people don’t believe that littering is a mistake “just” because they are accomplices to a future climatic apocalypse: they must realize that a different lifestyle is a condition sine qua non if the climate issue is to be addressed as something more than an emergency.

And let’s not forget that, to make this Ecological Transition effective, it must also moved by solidarity. 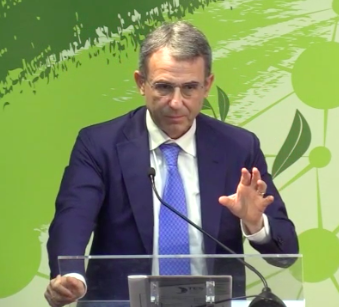 The Minister of the Environment Sergio Costa

«In this change of approach – explained Minister Costa during his address – the word transition is fundamental. This is a moment of great fragility in which we must not just convince ourselves, we must convince everyone else that the model we are adopting is the only possible model. We need a vision, without which we risk pursuing an emergency that marks the death of any long-term process. The environmental idea that has evolved over the past decades has caused us to start thinking in a certain way; but today we need a mechanism that does not consider the relationship between economics and the protection of the environment as dystopic. These two elements can go hand in hand, given the renewed interest by most businesses, that realize there is an advantage to enacting eco-friendly policies. Further proof, continued Costa, lies in the Circular Economy Charter signed last February 19th in Rome. This is a document that bears witness to the commitment of social stakeholders and the economic system for a sustainable approach to the environment and social issues».

On the same wave-length is Edo Ronchi, the former Minister of the Environment from 1996 to 2000, a well-known leader in Italian ecology since the 1970s and one of the founders of the Verdi Arcobaleno green political party in 1989. «The transition is not something you invent, it is already happening. No sector is immune from this change. The problem, though, is that it is much slower than the speed of the environmental crisis. The most recent crisis is beginning to slow down economic growth as we know it, continues Ronchi, and innovation will be key to making certain all goes well. In this sense, the approach of all the manufacturing sectors must be developed as part of a New Green Deal, similar to the one proposed by Alexandria Ocasio-Cortez, the young Democratic representative in the US Congress». 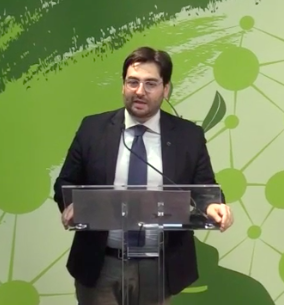 A concrete framework of required actions was delineated for us by the Director General of TES, Michele Fina. «We have to make proposals, not just wait. On three fronts: fighting landtake and a national law for urban regeneration, involving citizens and businesses, accelerating the acceptance of recommendations from the EU and from private concerns with a reconsideration of tax levies. This, said Fina, is another reason why we organized a campaign that will travel across Italy with a cycle of events, the first of which is scheduled for March 8th in Florence. The first theme to be addressed will be landtake, and that is why we have called this initiative “ZEROISMORE“. We intend to involve professionals and everyday citizens thanks to the participation of eight people from the cultural, political, scientific and entrepreneurial circles at each of the future events».