Being at the noma in Copenhagen, which has four times been ranked number one in the “The World’s 50 Best Restaurants” list by “Restaurant” magazine, is like being in the most beautiful home in the world and enjoying one of the most unique and surprising food experiences imaginable. The intimacy of a home is what René Redzepi, the Danish owner and chef of Macedonian origin, and a promoter of “New Nordic Cuisine”, sought to evoke in his new restaurant (the first is inside a warehouse that was once used to store dried fish, salted herring, whale oil and skin), where he proposes to delight his guests with avant-garde dishes based on seasonally-available ingredients.

The former worked on the outside to design a complex of eleven buildings, each of which has a specific designated use: kitchen workshops, fermentation laboratory, rooms for the staff, greenhouses. Simple forms, warm materials, atmospheres like those of a small Danish village: the complex is immersed in nature and located near Christinia, on a lakeside in a former industrial area that has now been revitalized and is populated with bars, restaurants and creative professional firms.

The latter conceived the interiors, interpreting the chef’s intention to create a warm domestic atmosphere which can transport the guest into a relaxed dimension of wellbeing. “The key word for René was “livable”, and so – explains David Thulstrup – I envisioned a simple, direct and modern space (…). Materials play an important role in recreating the warm atmosphere that reigns over the restaurant: for example, the kitchen islands are clad in oak to create a sense of warmth”.

The entrance is through a simple pitched roof building, with natural oak panels cladding the ceiling and walls.

If the guests wish to take off their shoes, as many Danes customarily do when they return home – they are free to do so; the floor of the terrace is sanded so that they can feel the river stones under their feet. The dining room appears as a modern barn with enormous windows that frame the lake and landscape. Deliberately devoid of ornament, the room was designed for the constantly changing narration of noma’s seasonal menus. A second, more intimate space is dedicated to private events. And then there is the lounge, a place where guests can linger, reflect on the gourmet experience they have just enjoyed and contemplate nature out the generous windows. 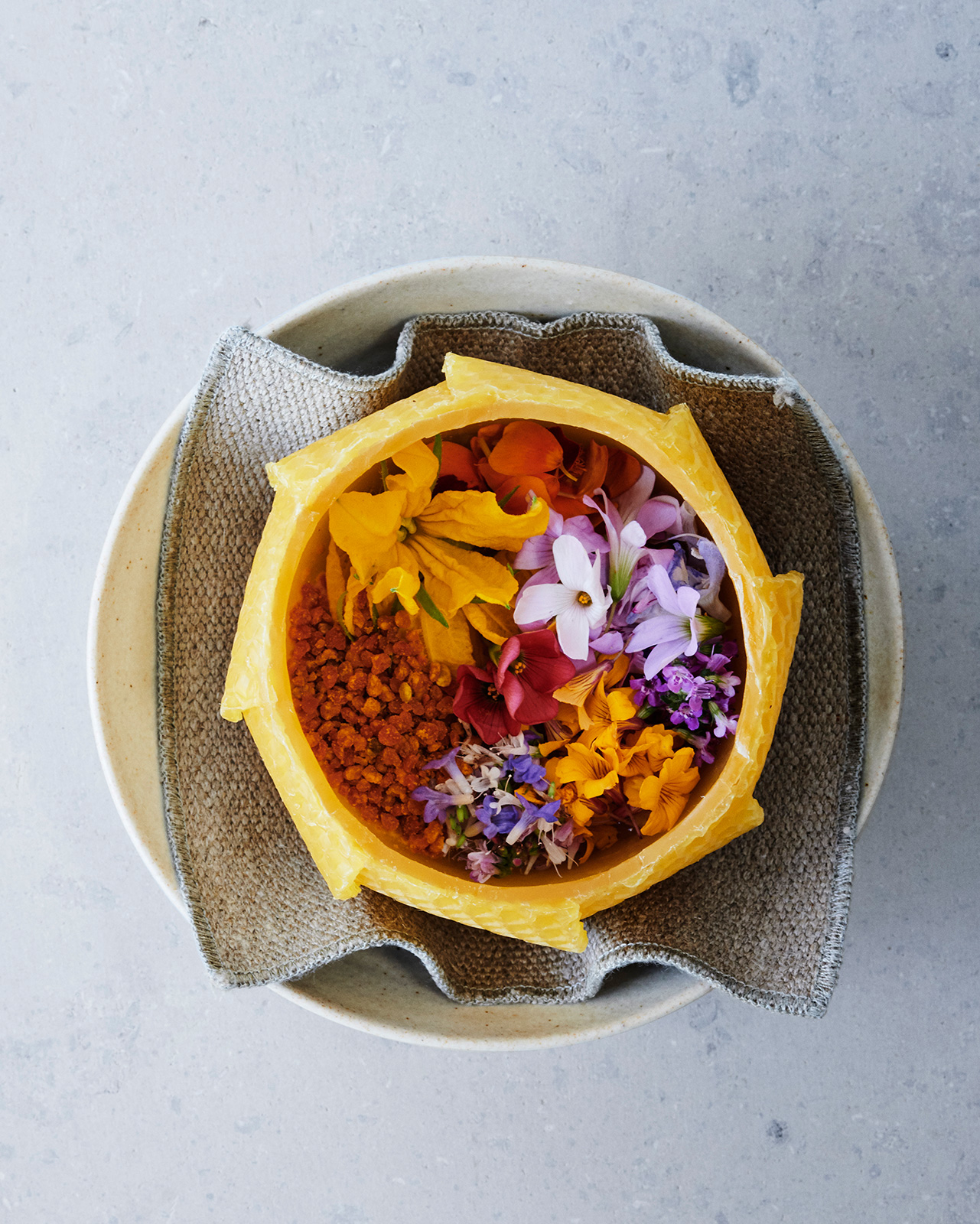 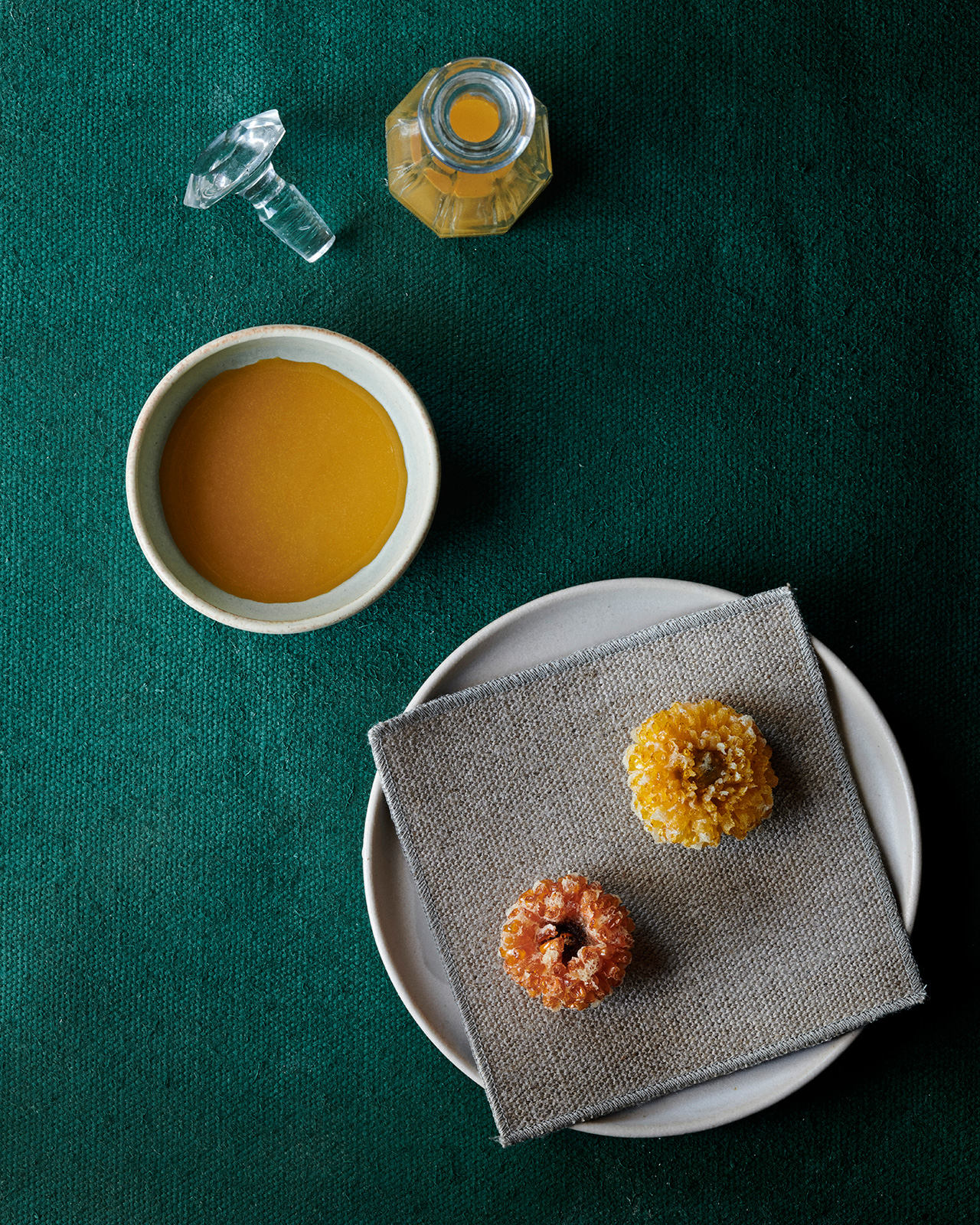 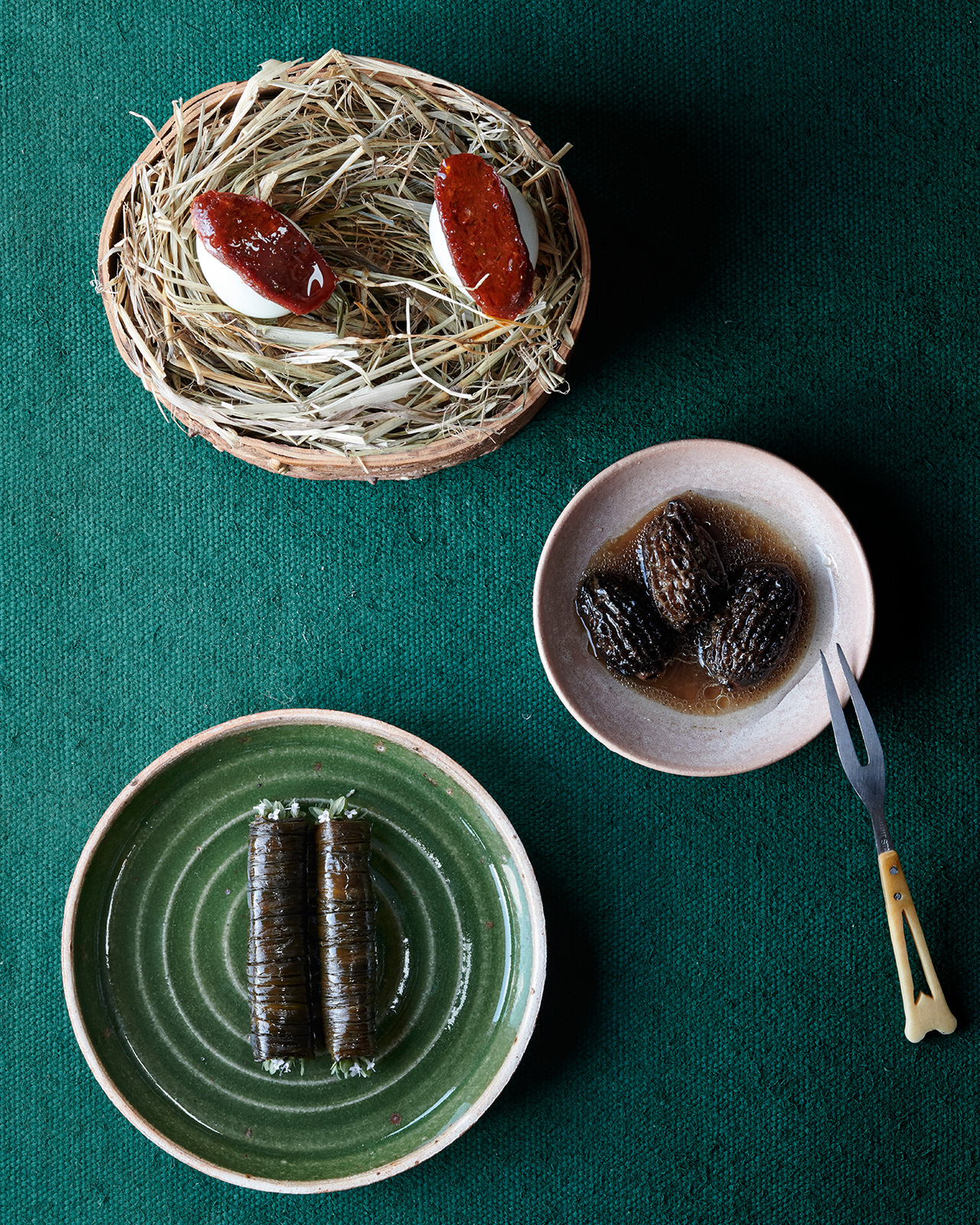 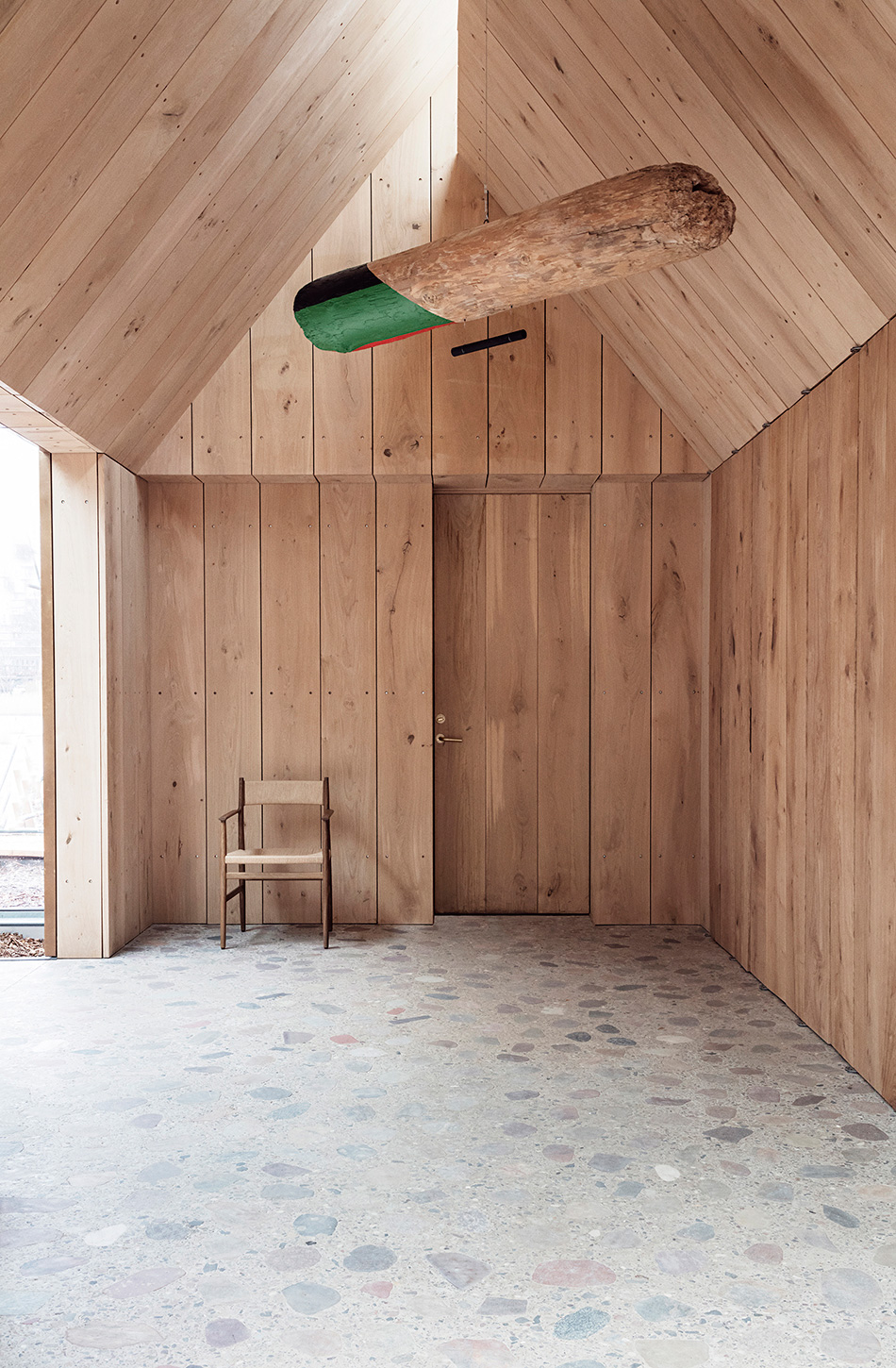 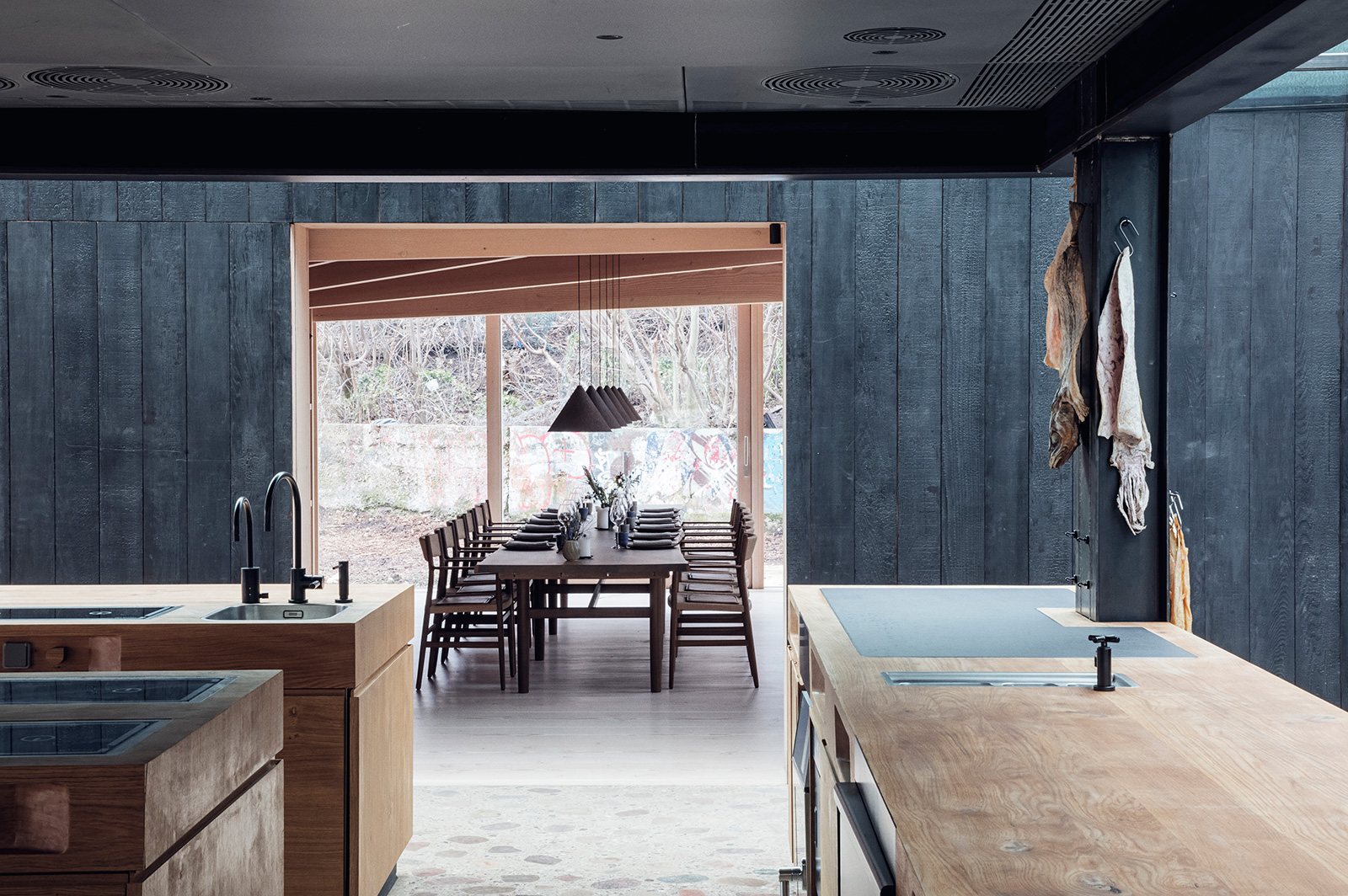 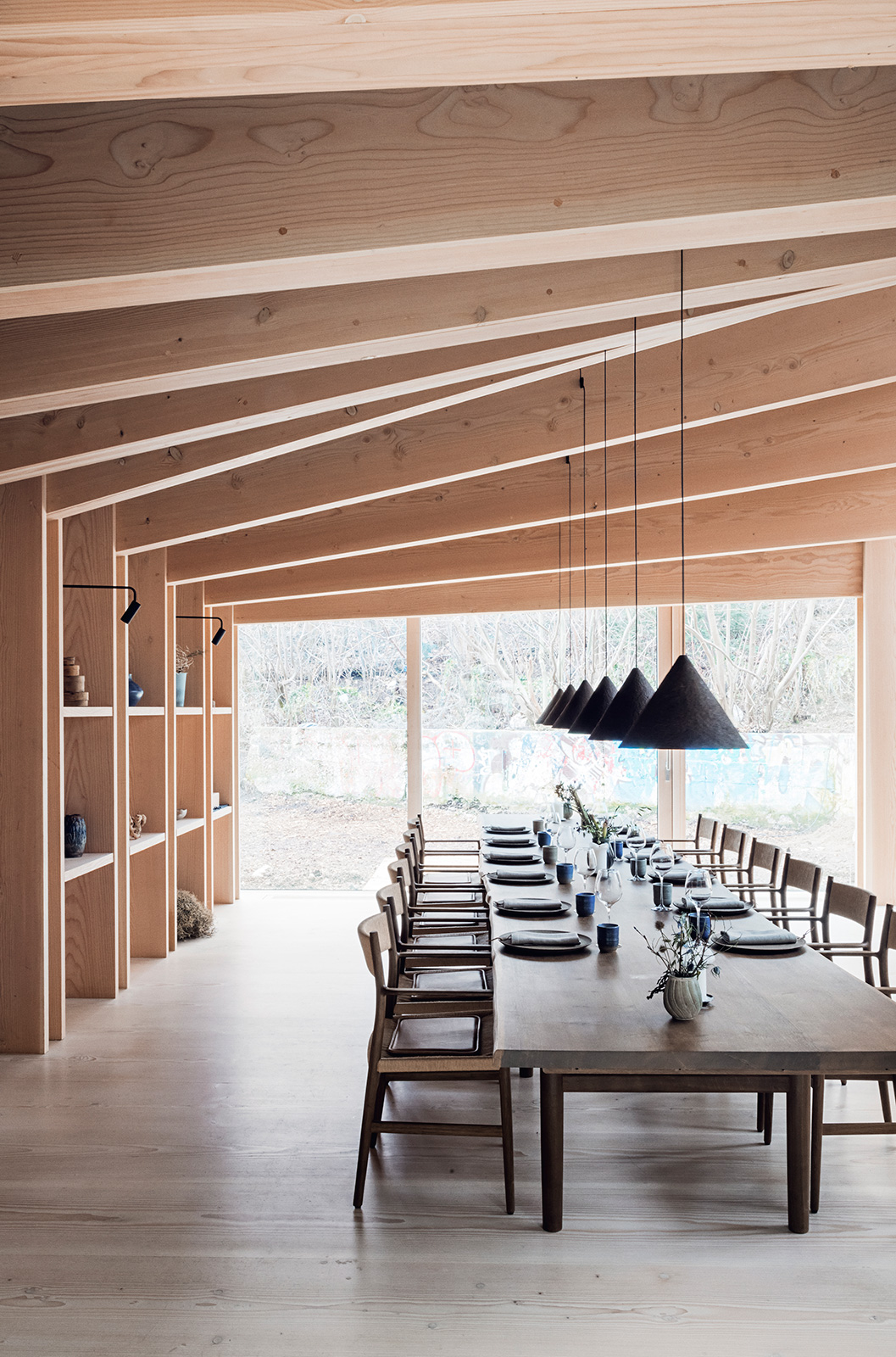 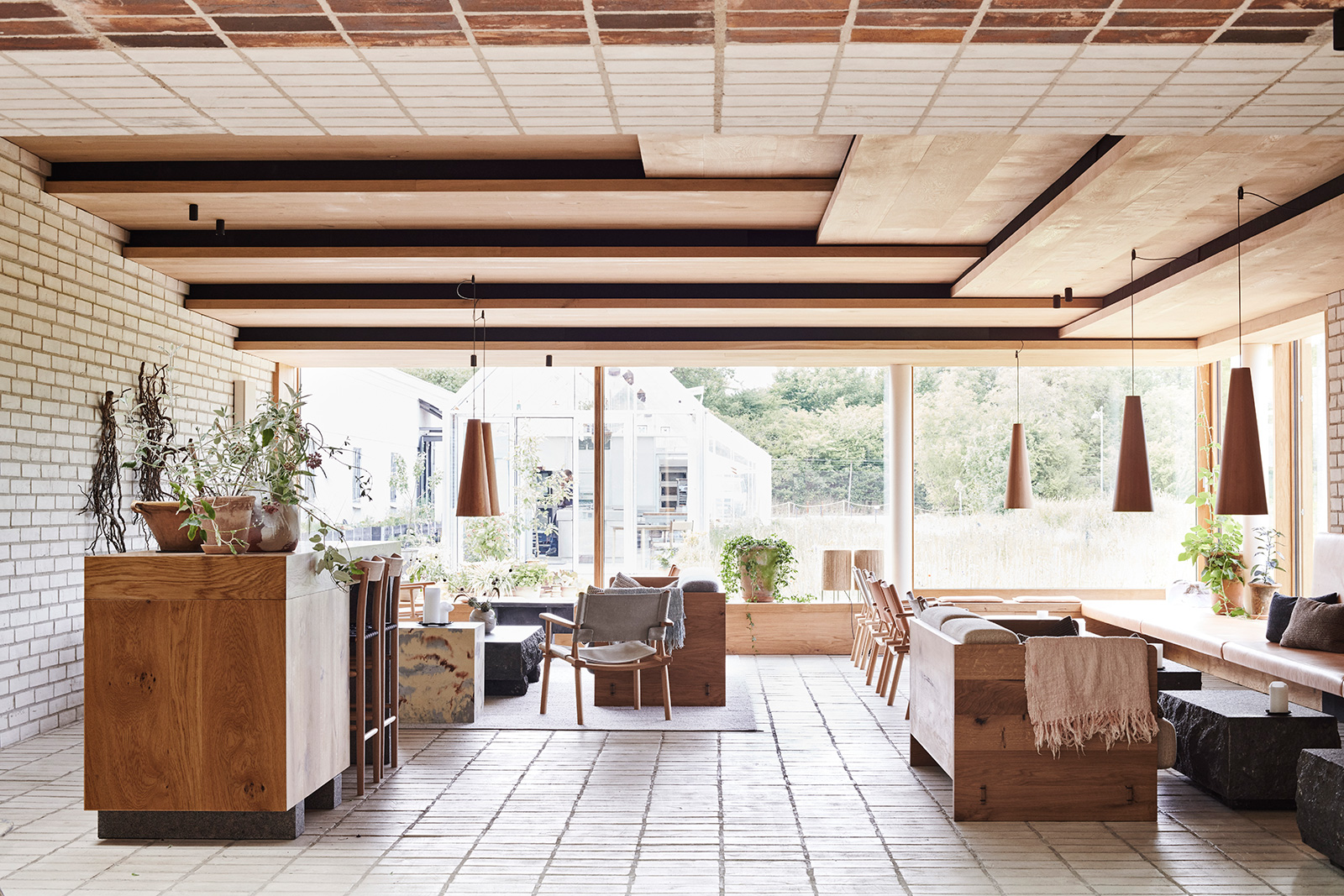 Before opening noma in 2004, René Redzepi, who is now forty, consolidated his experience at the Pierre André restaurant and the Kong Hans Kæoder, both in Copenhagen, at Le Jardin des Sens in Montpellier and The French Laundry in Yountville, California, all award-winning starred restaurants. In 2011 Redzepi founded “MAD” (“food” in Danish), a non-profit organization that gathers a community of cooks, entrepreneurs, farmers and students with a social conscience, who are curious, open to change and bound by the desire to explore the future of food. In 2017 “MAD” launched “VILDMAD”, a programme and an app dedicated to those who wish to consult a digital guide on foraging, to become experts in wild herbs that may be used to cook every day. 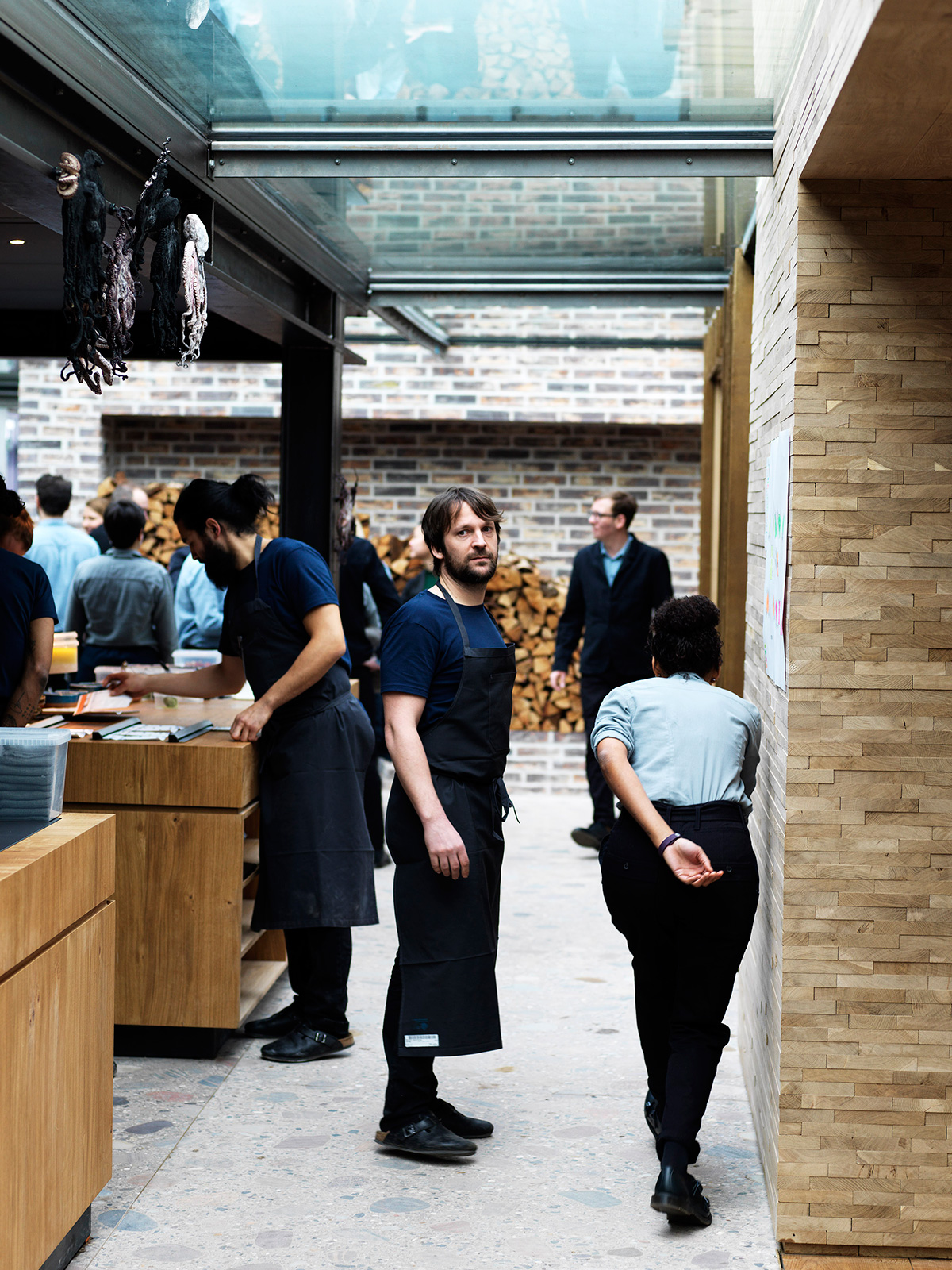 René Redzepi in the kitchen at noma. © Jason Loucas

The first, available from wintertime through the end of the spring, is conceived as a celebration of Scandinavian seafood; the second, offered from early summer to the beginning of spring, proposes dishes based on the vegetables grown in the restaurant garden; the third, which starts in early autumn and lasts through January, introduces meat, and more specifically game, and all the products offered by forests, such as berries, mushrooms, nuts and wild herbs.

“Our menus today are focused even more specifically on seasonal availability – explain the chefs. We decided to divide our year into three seasons, during which the menu will change radically to adapt to the raw materials available from one season to the next”. Now is the time for people who like vegetables, so over the next few months one might find, for example, “Calendula flowers with egg yolk sauce” or the “Tofu with pumpkin seeds” to name just a few. The premises for crossing the threshold into noma are a healthy dose of curiosity and openness to experiment! And if you want to prepare before sitting down at the table, read “Noma: Time and Place in Nordic Cuisine. A Work in Progress”, the book in which Redzepi presents his cooking philosophy. In the fall, a new series of books will be released for home cooking.

And if you can’t make it to Copenhagen, you can still count on the pop-up restaurant experiences that Redzepi has already tried out in Tokyo, Sydney and Tulum.

Tourism 2020. Summer in Italy as seen by Airbnb and Amazon with Lonely Planet, the opinions of the influencers