One hundred thousand LED lights, 748 special fixtures, a 22,000-square foot surface area: the figures in the project to illuminate Saint Peter’s Basilica in Rome are significant. This is an unprecedented operation and an absolutely unique solution, considering the history and importance of the centre of prayer and religion par excellence of the Catholic church, which admits 27,000 visitors every day. Saint Peter’s Basilica looks even more magnificent today: the futuristic lighting system not only brings out the sumptuous splendour of the naves and vaults, but for the first time since construction began in 1506, every detail of this architectural masterpiece is fully lit. Previously unseen details and works of art that have heretofore remained in the shadow or even in the dark are now “revealed”, including many portions of the mosaics that cover an area of over 10,000 square metres. For example, one can now admire the mosaics of the domes over the octagons in the side naves down to the smallest details, previously “invisible” to the human eye.

This technological masterpiece was designed by the German company Osram

which previously made headlines in 2014 for its lighting of the Sistine Chapel and later of Piazza San Pietro (2016) and the Raphael Rooms (2017), working closely with the Director of Technical Services for the Governorship of the Vatican City and in a synergetic collaboration with the Reverenda Fabbrica di San Pietro. Despite the number of fixtures and devices involved, the project did not require “invasive” work: the lighting was simulated by computer in order to avoid complex test installations, considering that the fixtures were installed at heights that varied from 12 to 110 metres high. 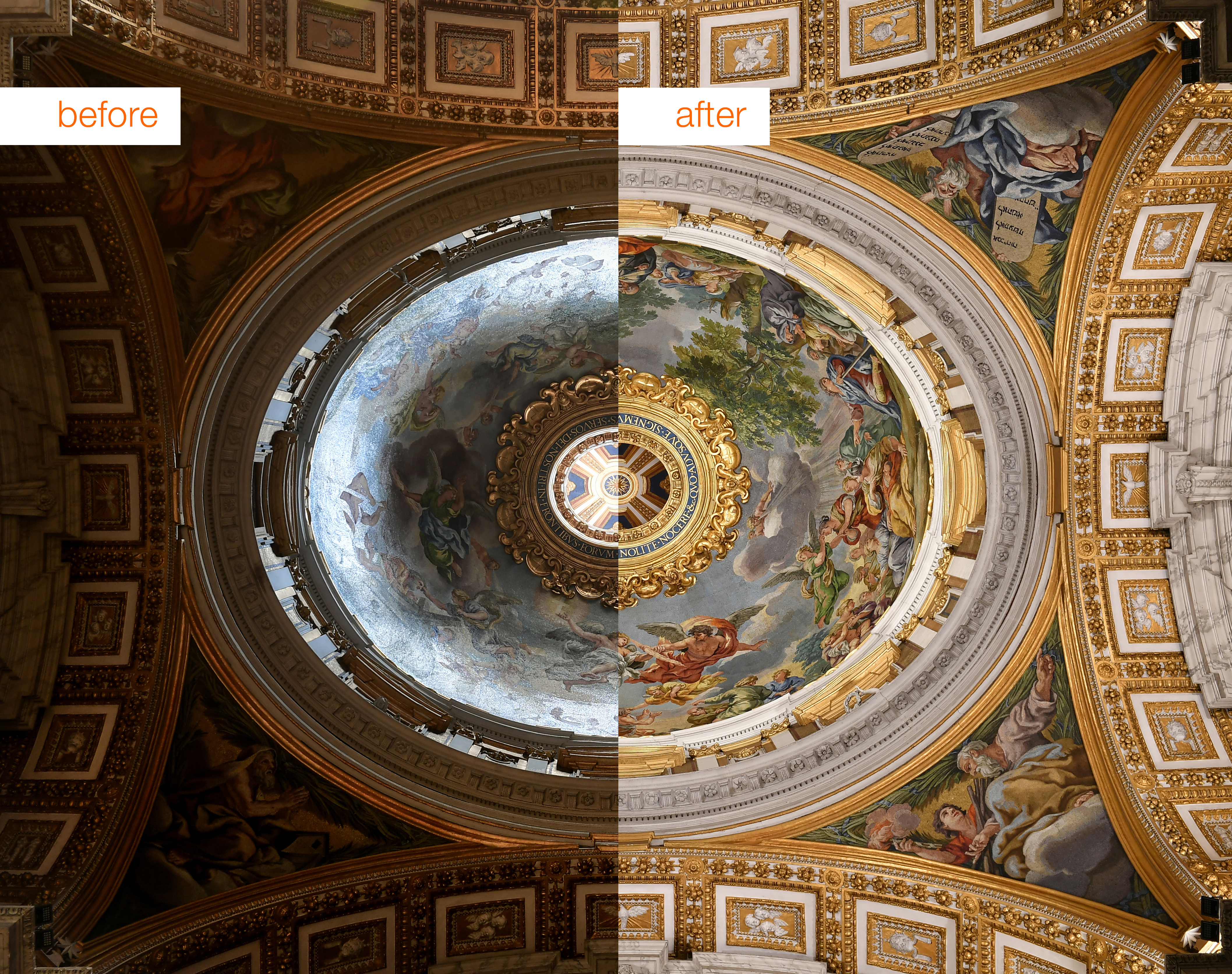 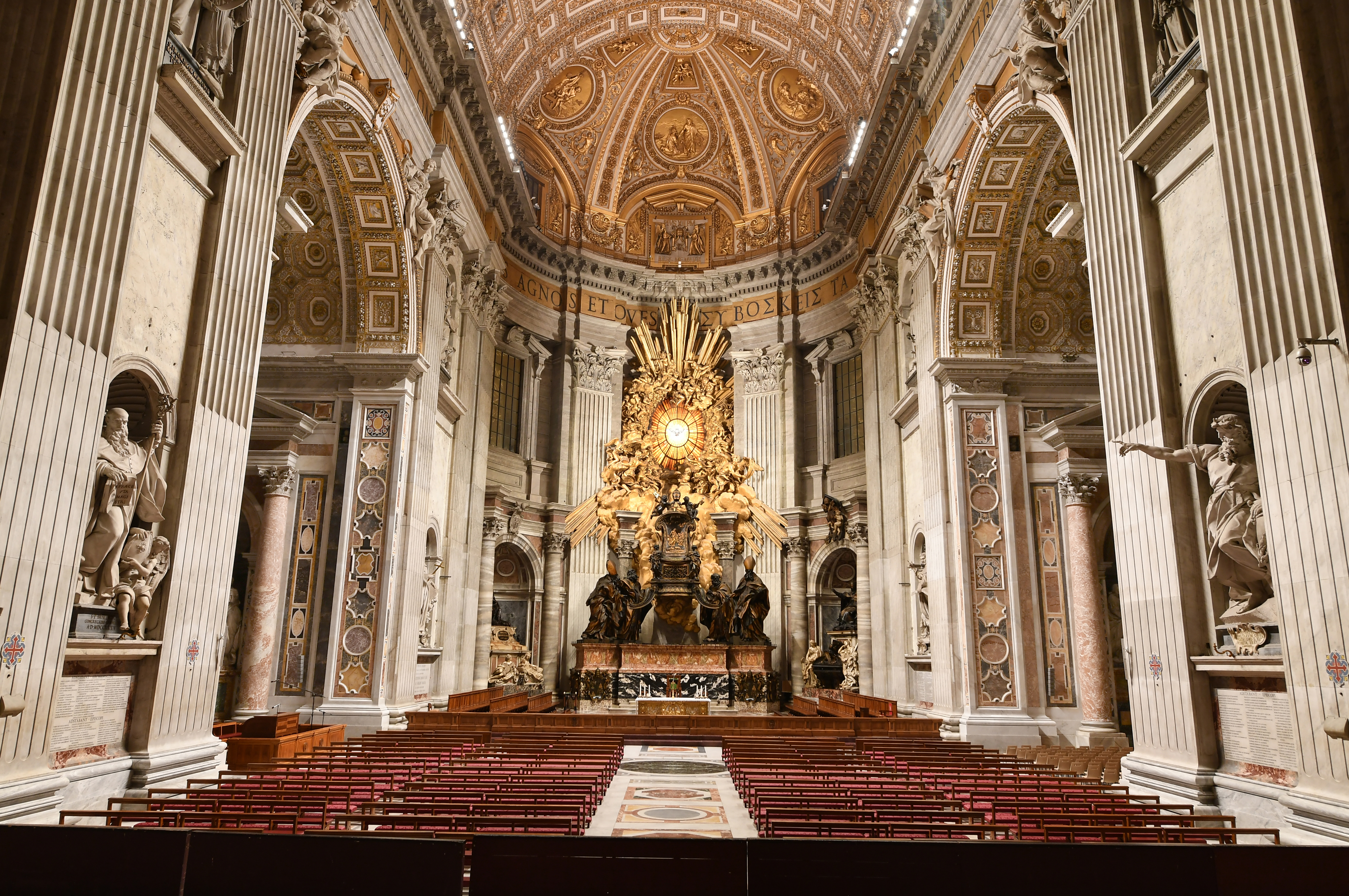 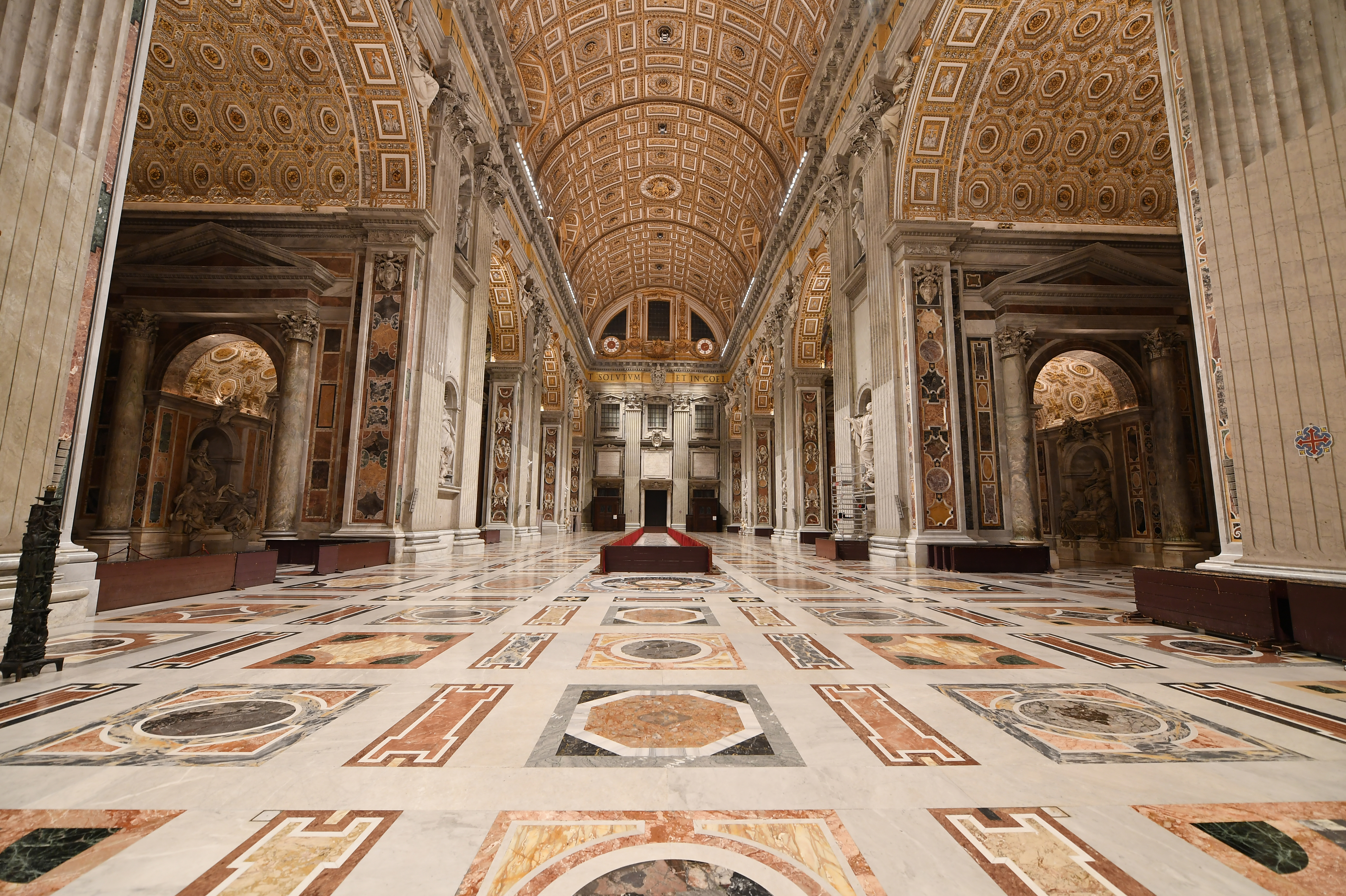 In addition to the special latest-generation fixtures, the project includes an innovative digital management and control system that monitors the lighting parameters in real time, but furthermore can create, modify and select specific scenarios based on liturgical requirements and the religious celebrations. It also ensures energy savings of up to 90% compared to the “ante operam” solution, and has reduced the number of fixtures by 80%. The new system amplified the radiant intensity and improved the quality of the televised images making it possible to make films in high and very high resolution, in the UHD 4K and VUHD 8K formats. 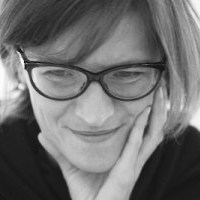