Niko and Cristiana Romito, siblings in the rooms at Casadonna and the Reale restaurant

The collaboration with Bulgari, experimentations in informal spaces, projects for the future. All based on food 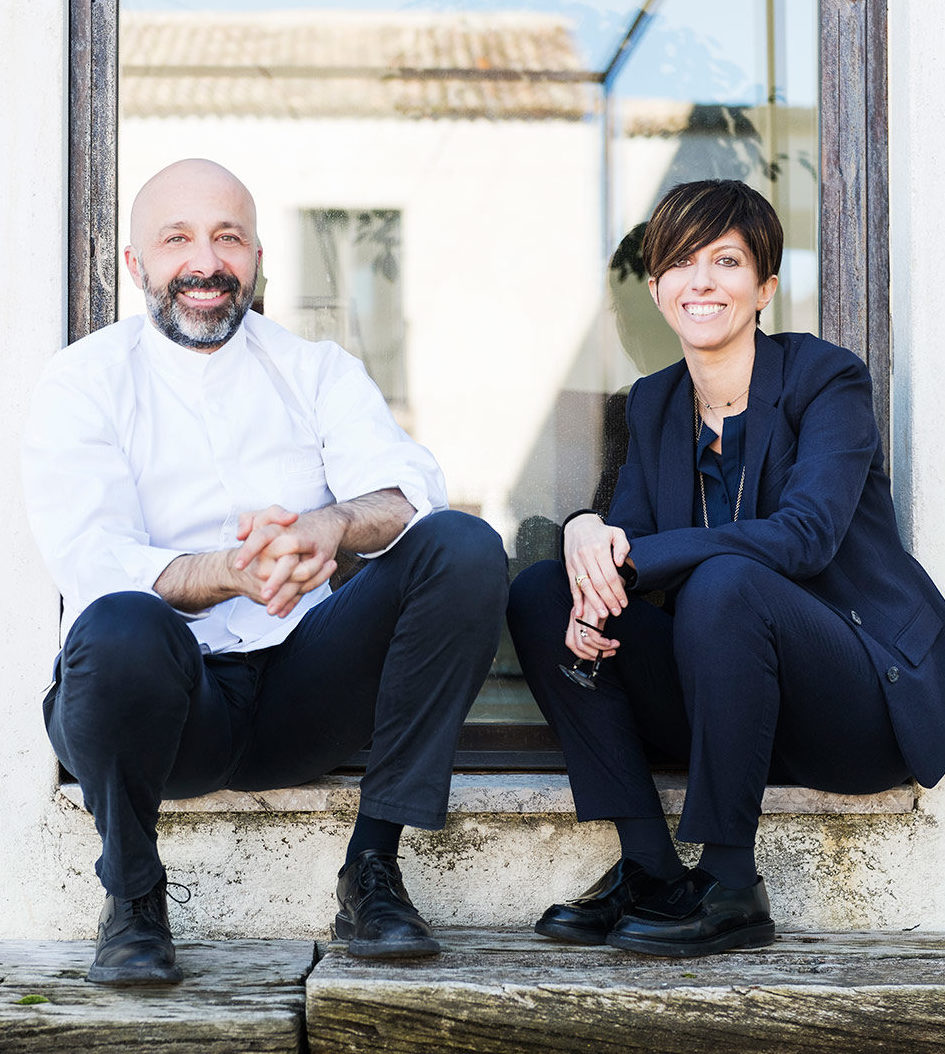 Chef Niko Romito is a volcano of ideas. Born in the Abruzzo region in 1974, «the youngest in a home ‘dominated’ by three sisters», says his biography. And one of the three, Cristiana, decided seven years ago to open “Casadonna” in Castel di Sangro: as a chef, she had been searching for a new location for the “Reale” restaurant (at the time located in Rivisondoli, where their father had opened a pastry shop in 1970, converted into a restaurant after thirty years) and a headquarters for her growing activity, with a hotel and venue for the Accademia Niko Romito, School of Superior Training and Professional Specialization.

His career was actually heading down a different path: he was studying Economics and Business Administration when his father became ill and he took over the management of the restaurant with his sister, in the hopes of selling it.

But then came the unexpected discovery: the two of them soon fell in love with this work, and decided to go down a different path, involving pots and pans, foods and ideas

At that point Niko, rather than choosing to go to a professional school or working for a Michelin-star chef, opted for what he defined as “directed” self-training. In Rome, he attended an advanced course at the cooking school “A tavola con lo chef” run by his countryman Antonio Sciullo. He attended courses at the Istituto “Étoile” in Sottomarina di Chioggia. He also spent twenty days in Girona, at “El Celler de Can Roca”. A fundamental step was his encounter with Valeria Piccini and Maurizio Menichetti, at the “Da Caino” restaurant in Montemerano, in Tuscany. When he returned to the “Reale”, where he would lighten both the space and the dishes on the menu, he received a long series of acknowledgments, including a mention in the Gambero Rosso which listed it as one of the finest upcoming restaurants in 2006. That same year, he would also be named “Young chef of the year” in the L’Espresso Guide. Then came the first Michelin stars, now three, along with a series of other awards. 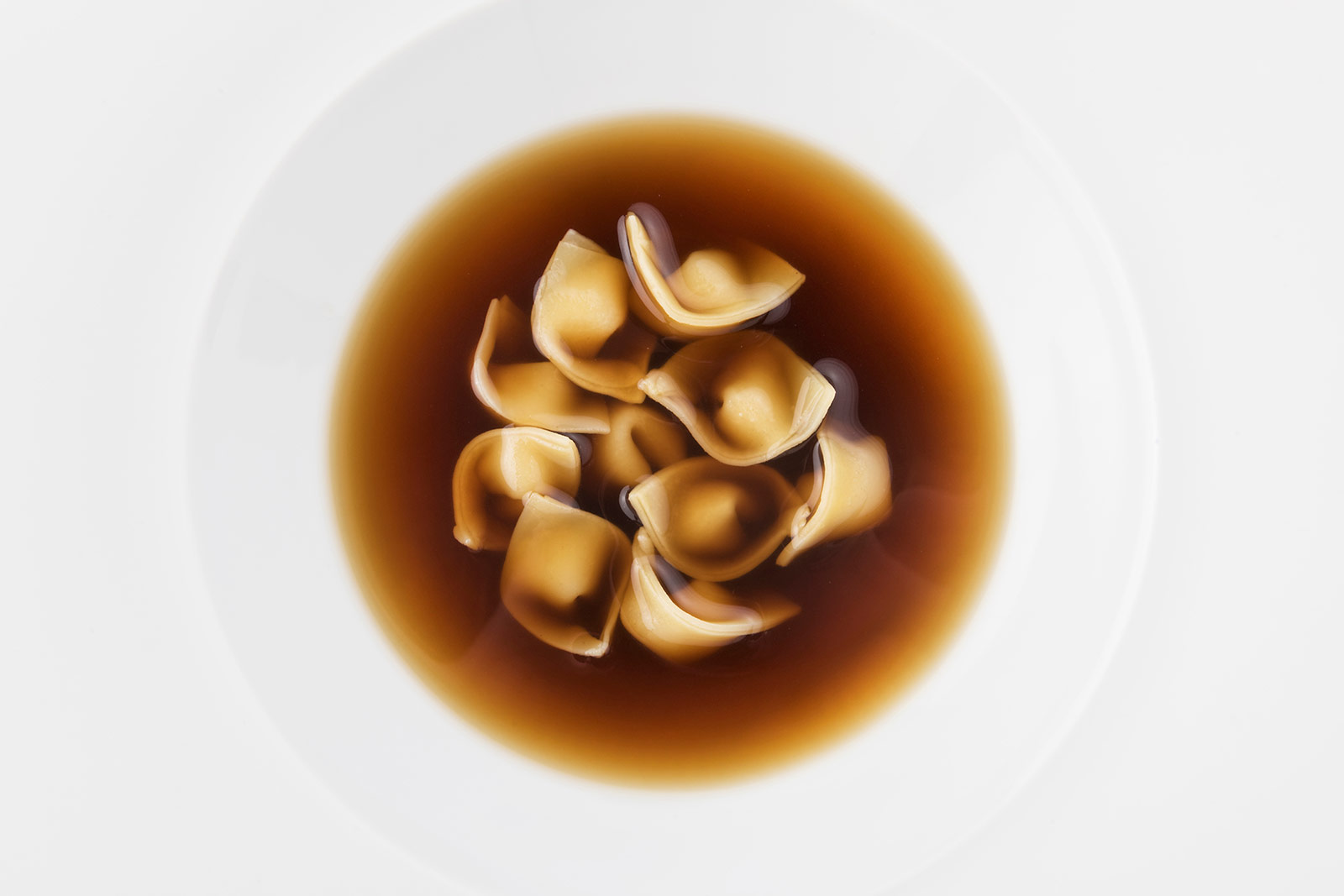 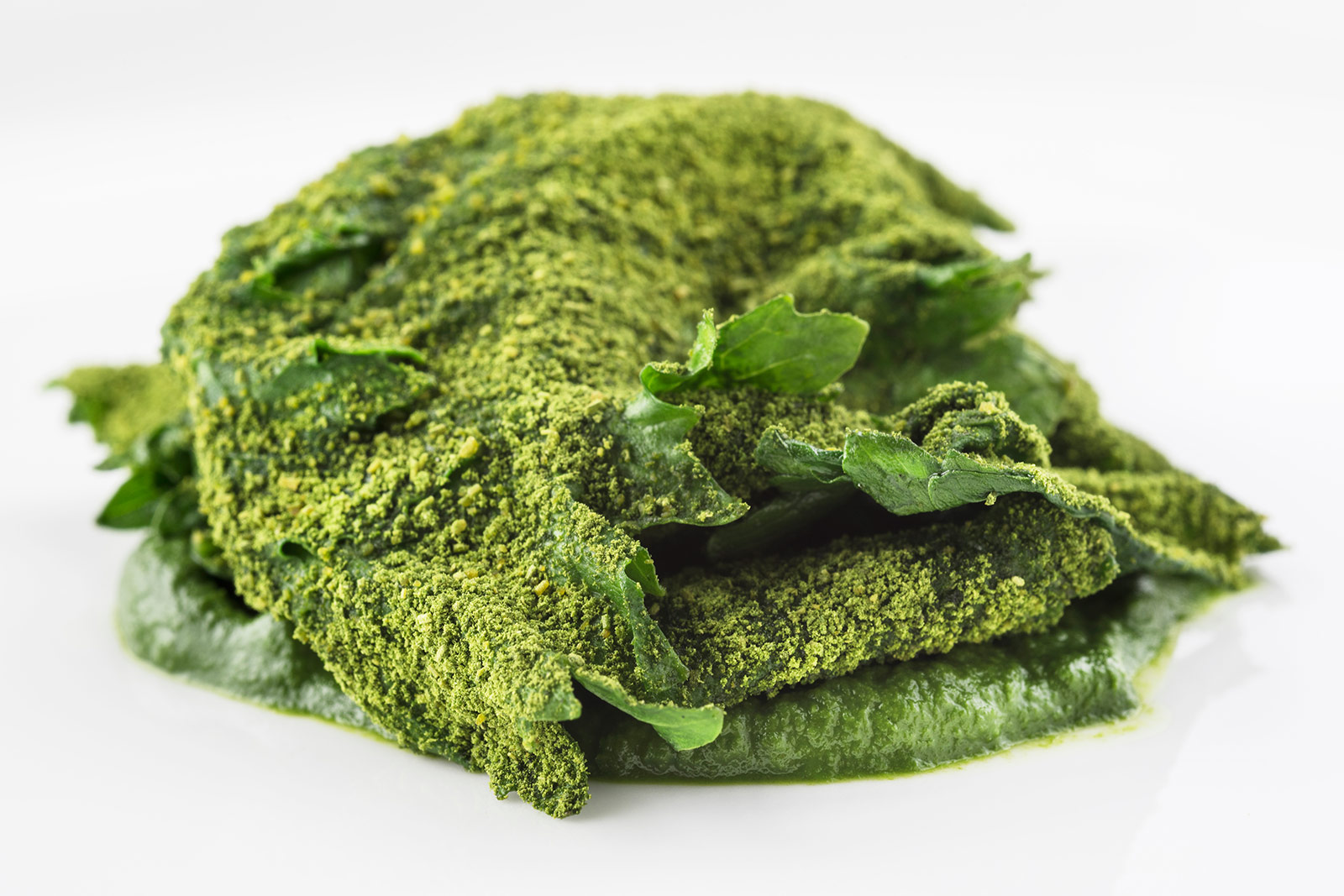 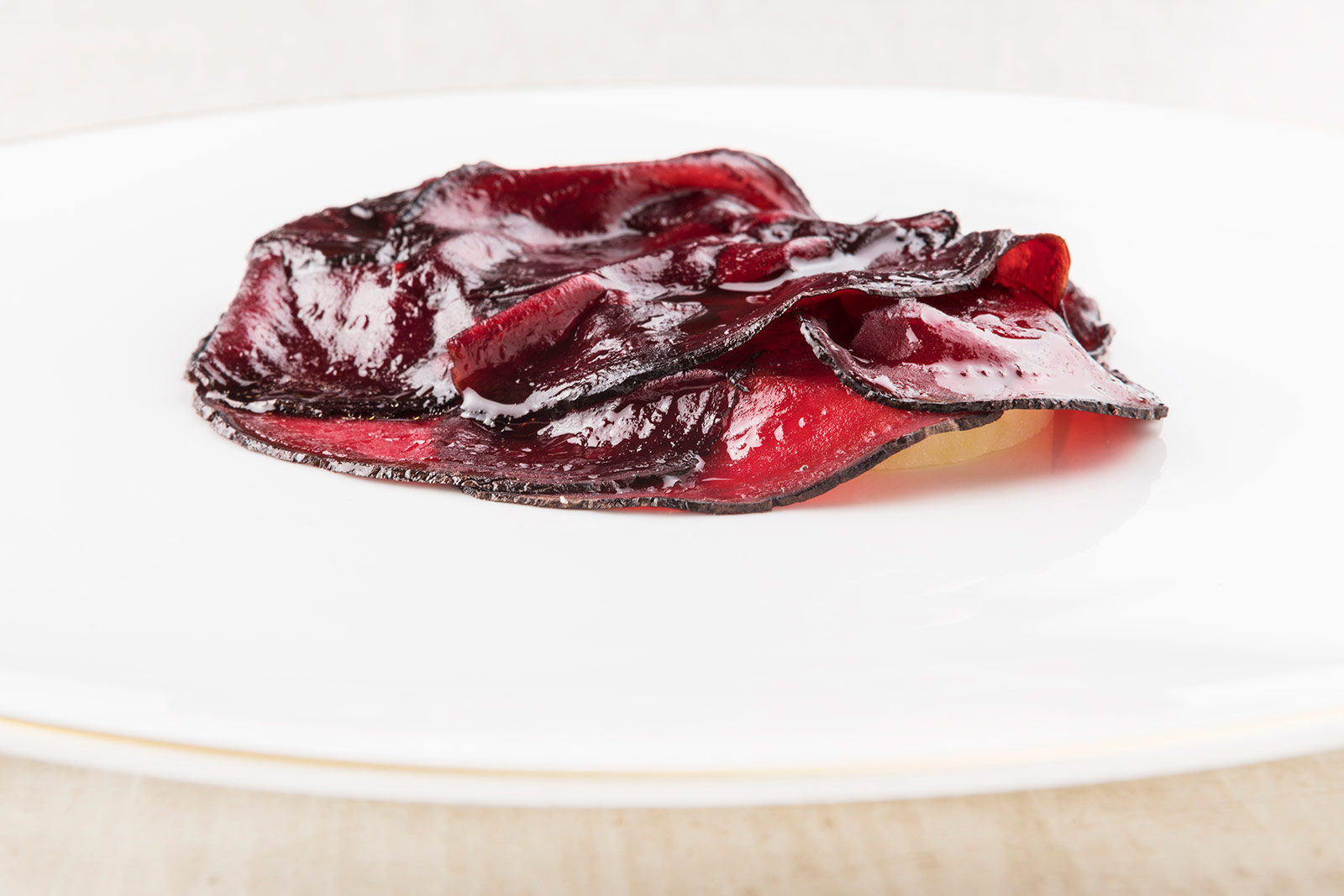 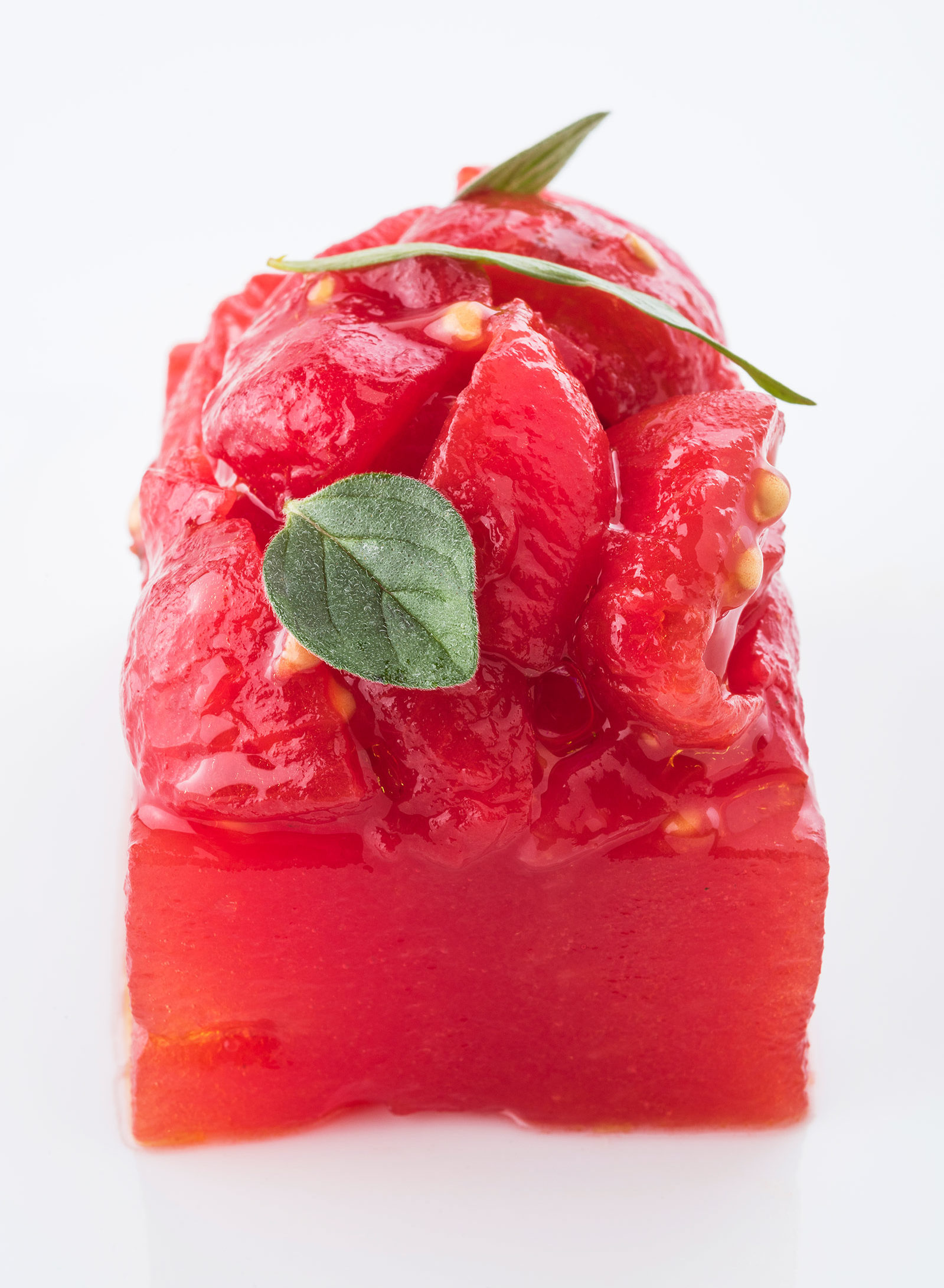 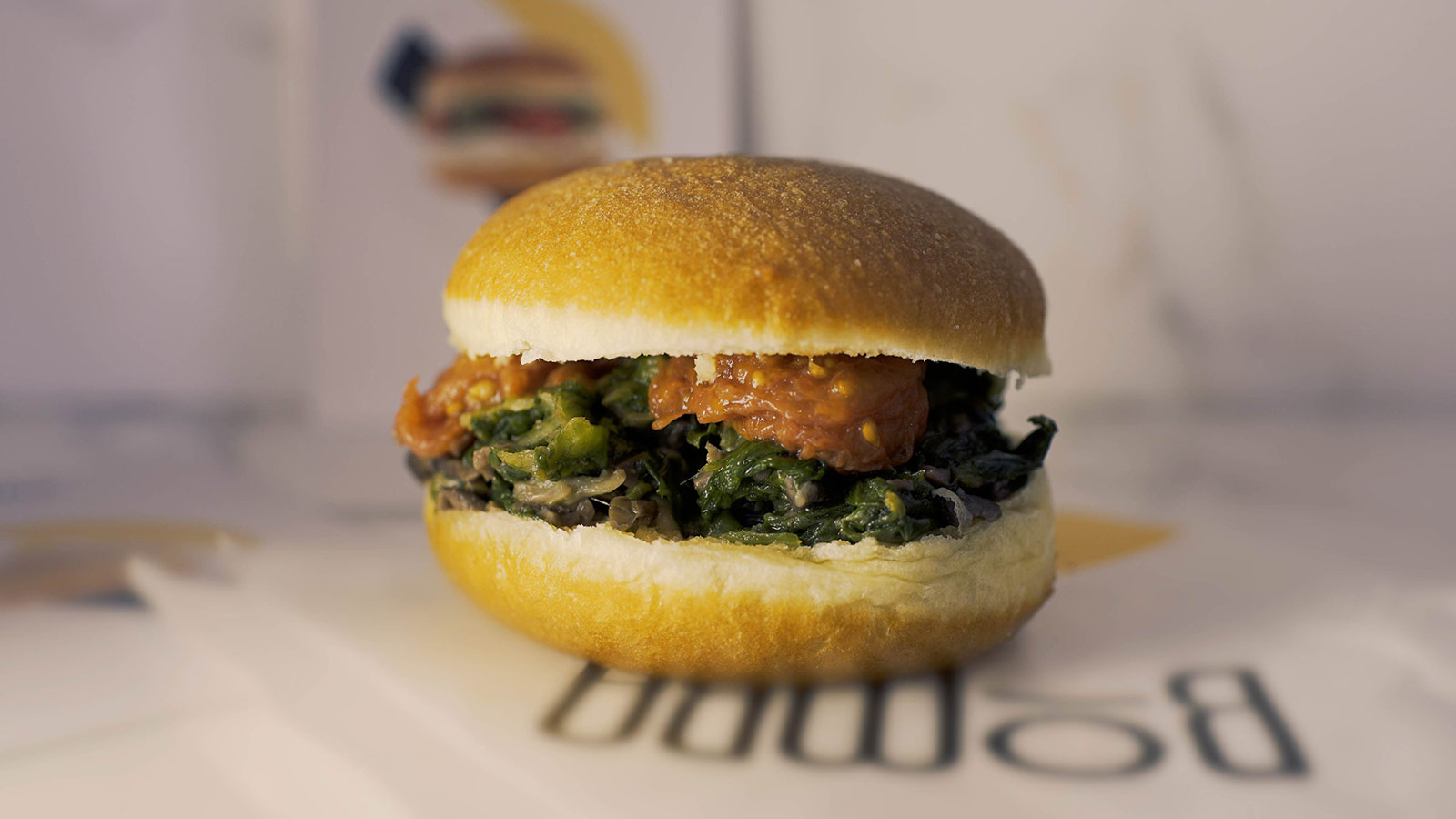 With “Casadonna”, in 2011, Niko and Cristiana made the big plunge: a former sixteenth-century monastery, abandoned for years, immersed in nature and surrounded by the mountains of the Parco Nazionale d’Abruzzo, caught their attention. They turned to architect Leonardo De Carlo from the Leonardo Project Studio in Pescara with whom they synergetically restored and brought new sap to a place dense with history and memory. The light and the relationship with the landscape become the protagonists of this grand renovation project, aimed at creating an osmotic relationship between the natural scenario and the built environment.

Here the presence of a woman proved fundamental: Cristiana Romito participated in the ideation of the hotel and was responsible for the décor; she supervises the service in the dining room of the restaurant with great care and attention, and is the general manager of the structure 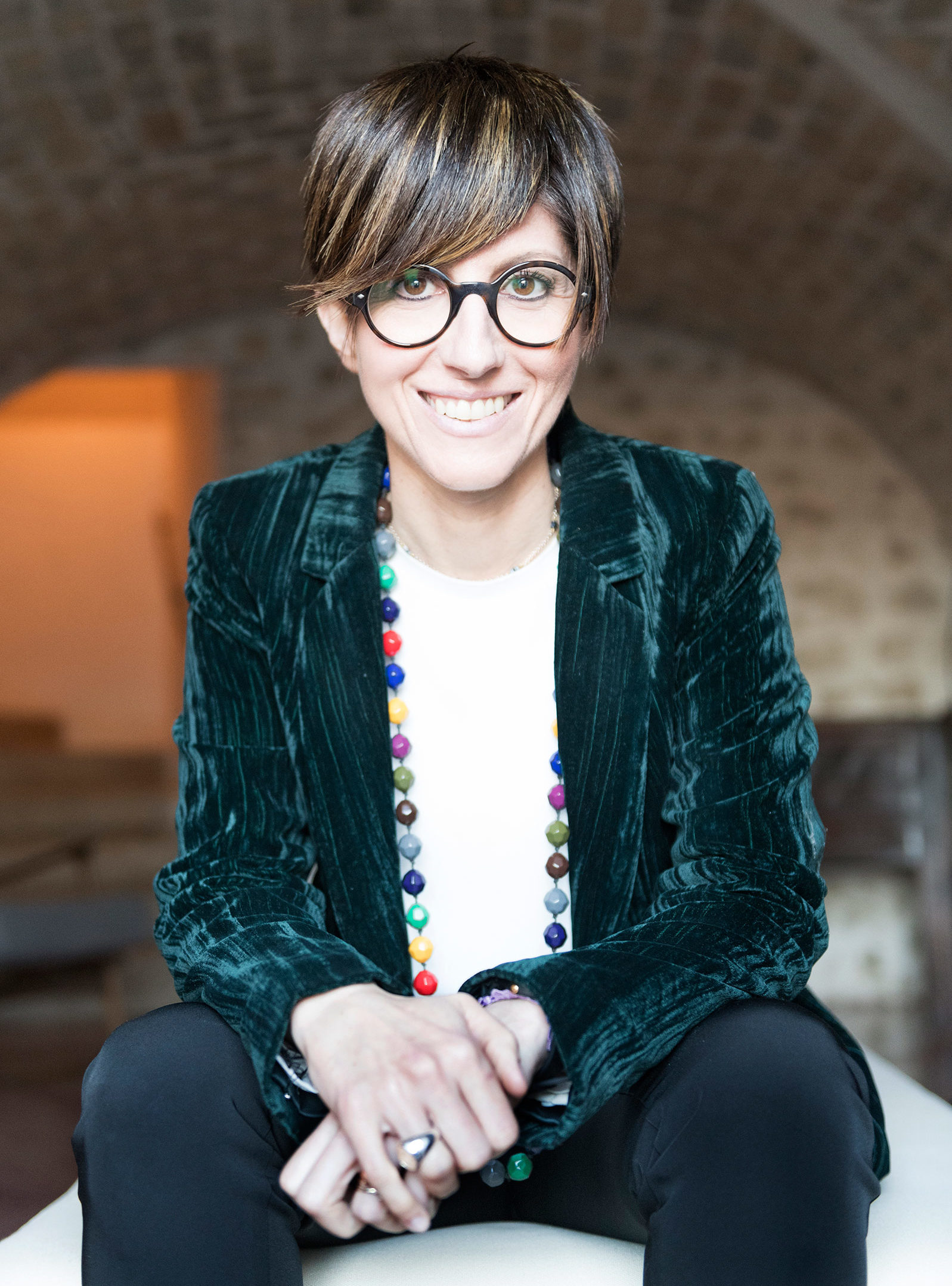 We asked her how she reconciles her private life with her role at “Casadonna” and “Reale”, which definitely require great effort: «Our work is one in which we can give so much thanks to our sensitivity and our capacity to relate to others. Reconciling my private and professional life is not easy, she explains, but you can always balance the two by sharing your duties and responsibilities with the other members of the family. Women must feel free to choose their own work». The kitchen is the realm of her brother, who has embraced a philosophy geared towards lightness, the balance of flavours, the quality of the raw materials, and an essential approach. His dishes are the result of ceaseless research into producers, techniques and nutrition, on how to reinterpret the cuisine of the Abruzzo region in a contemporary style, to achieve a form of emancipation from local traditions.

I have always used the finest raw material from my land and continue to do so, but to me Abruzzo represents an ideal more than anything. An ideal of concentration, reflection, respect and truth applied to the ingredient

The proof lies in dishes such as the “Animelle, cream, lemon and salt”, the “Assoluto with onion, parmesan and toasted saffron”, the “Veal, dried porcini, almond and black truffle gel”, to name just a few.

Niko Romito’s enthusiasm, love for cooking and entrepreneurial capability also emerge in other activities. In 2013 the chef opened “Spazio Niko Romito”, located in Rivisondoli, in Rome and Milan – a restaurant format associated with his professional cooking school which adapts the menu of the “Reale” to a more informal context (seven more will be opened around the world before 2025). 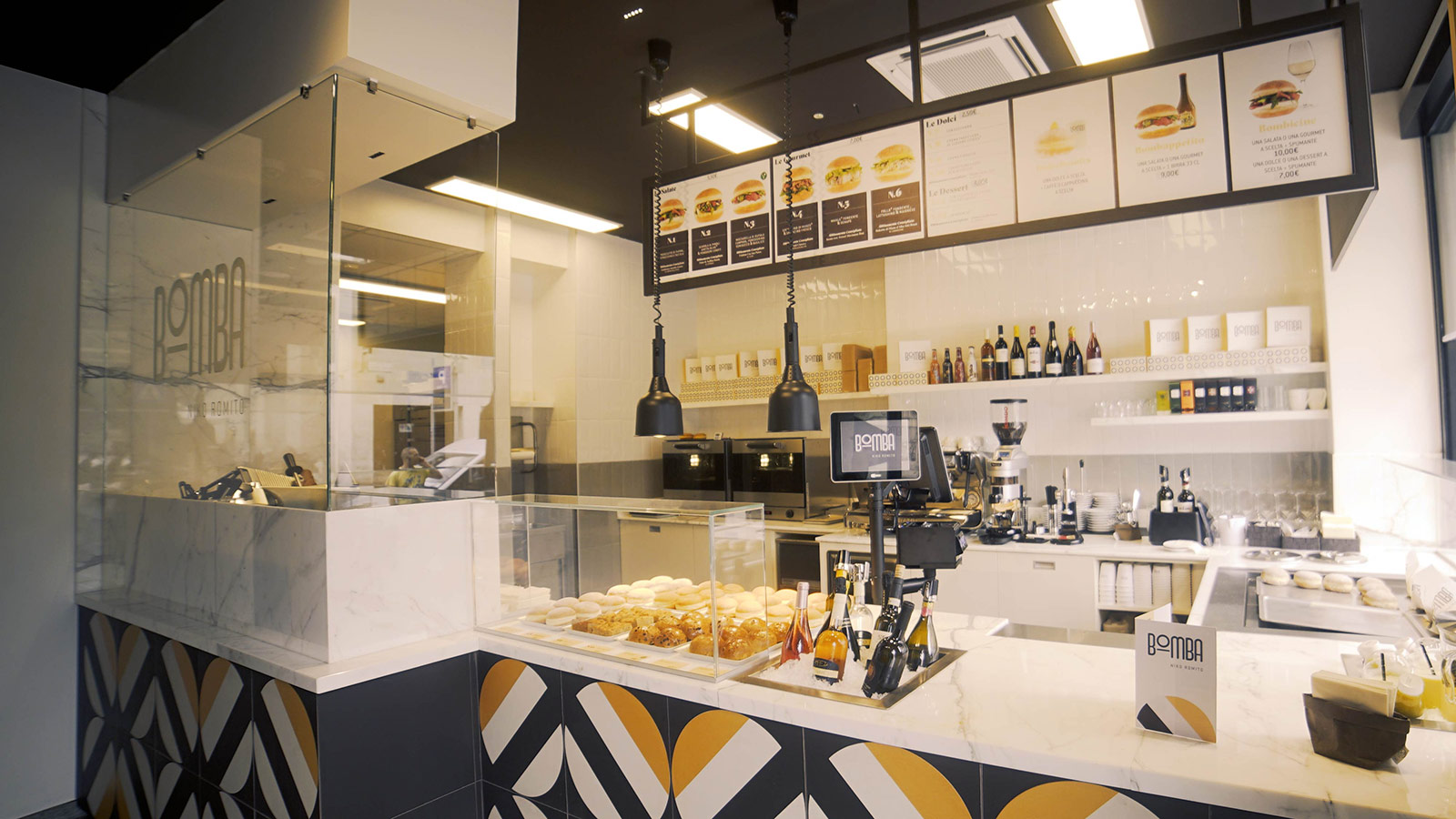 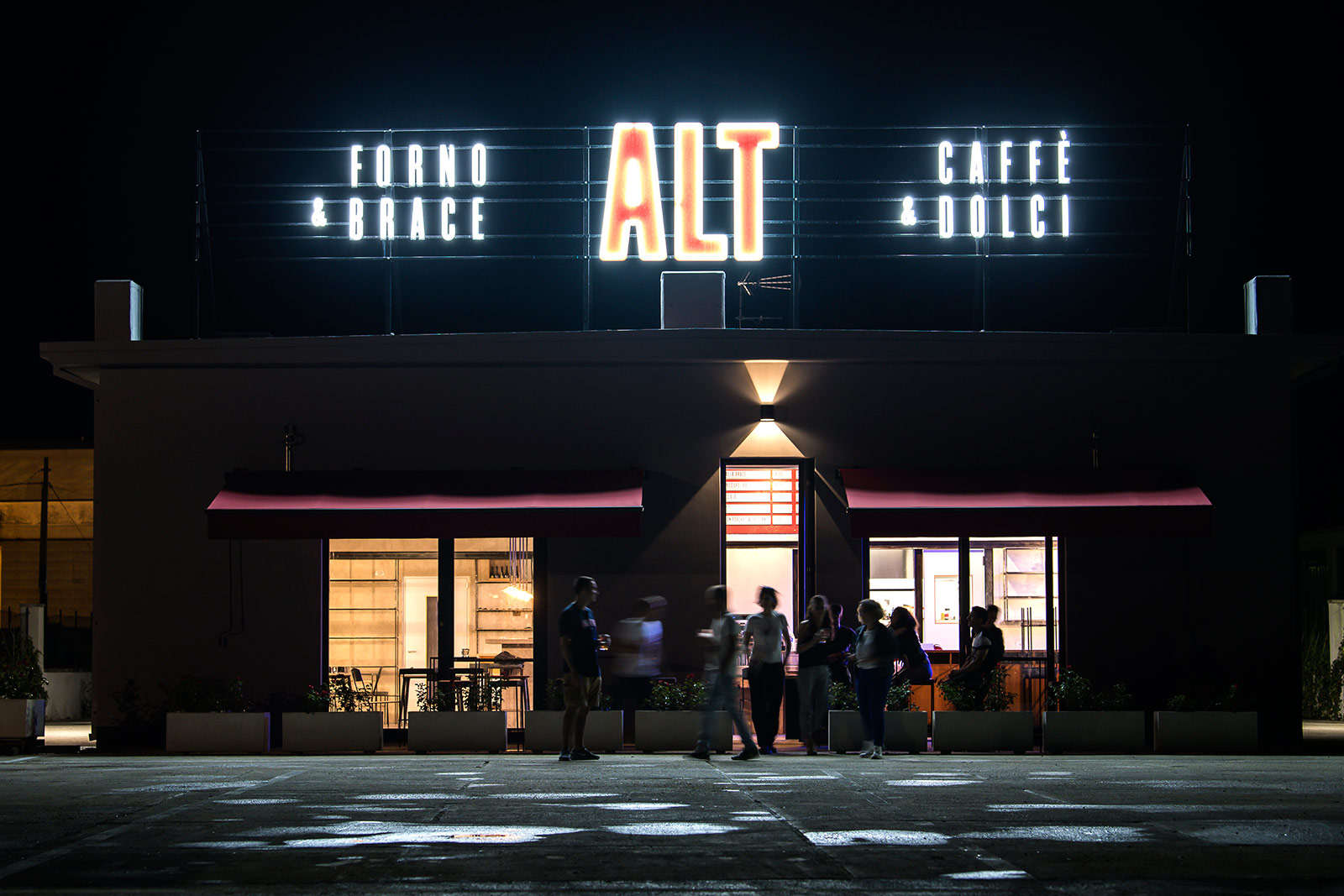 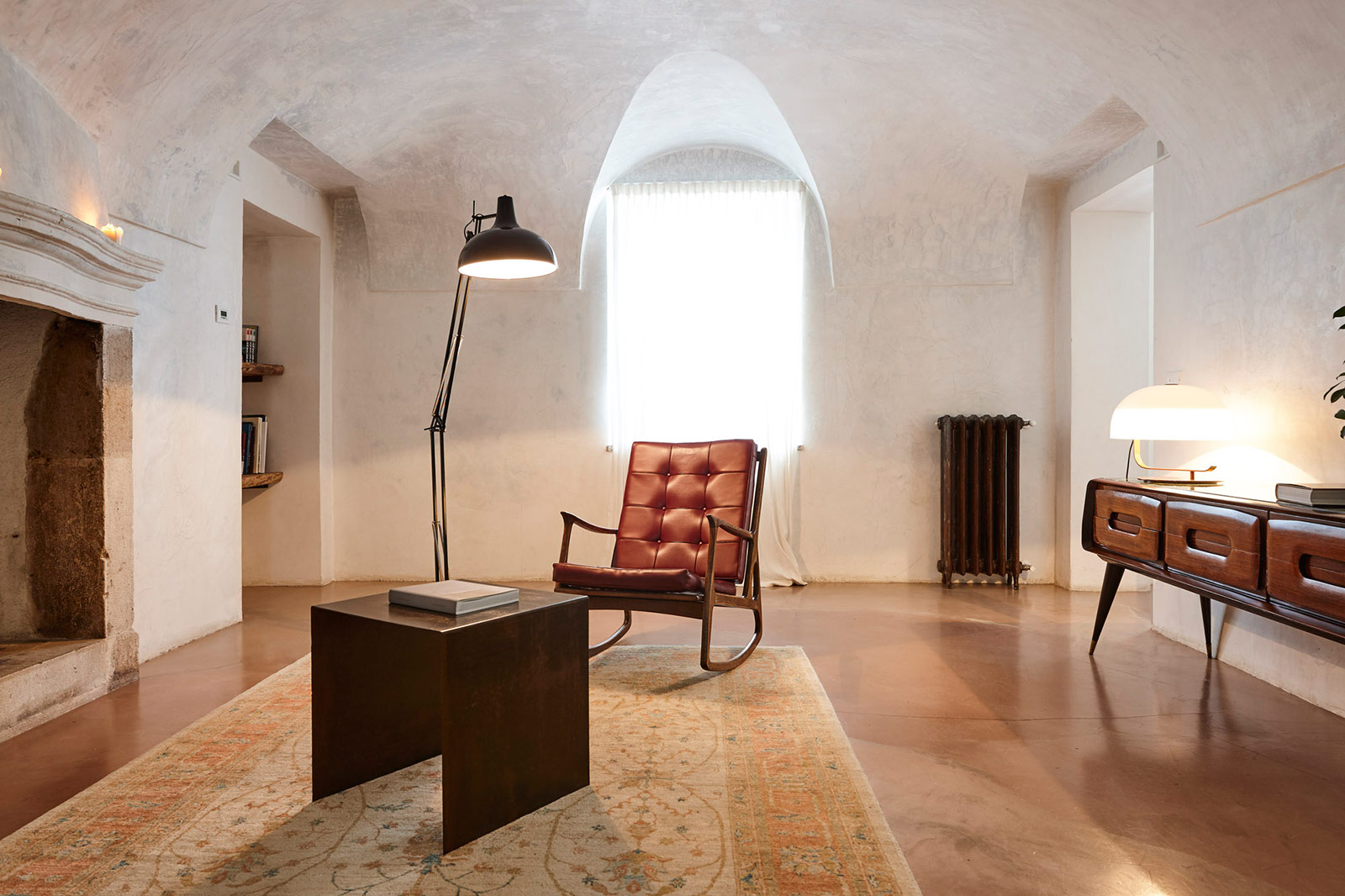 In 2015, he founded “Bomba”, first with a pop-up in Naples, and then with a space in Milan in collaboration with Autogrill. The recipe for this sphere of risen and fried dough – the “Bomba” – originated in the father’s laboratory in the 1970s. Niko decided to offer a modern reinterpretation by using natural yeast and extra-virgin olive oil to obtain a more tasty but lighter product, both savoury and sweet, filled or simply dusted with sugar: real street food. In 2017he began a collaboration with Bulgari, to create the menus for the Bulgari Hotels & Resorts in Beijing, Dubai, Shanghai, Milan. In2018 came “ALT” at Castel di Sangro, an informal restaurant along Route 17 between the Abruzzo and Molise regions, which invites travellers to stop along the way for a fine meal, for breakfast, lunch or dinner: the fried chicken was definitely not to be missed.

This is not however the last of the projects, because Niko Romito is a curious man who wishes to explore everything that revolves around the world of food, past and present. The story goes on. Just to single out one thing: the “Reale” restaurant has already won five “Cappelli”, the highest acknowledgment in the 2019 edition of the “Guide to the Restaurants of Italy”.

“Meta” opens in Milan with custom-made menus by different chefs, to enjoy even in your own home