«I am a citizen not of Athens or Greece, but of the world». So said Socrates, one of Antiquity’s most famous philosophers, over two thousand four hundred years ago. A quote that is a case in point, not only geographically, but conceptually as well. These are the principles that drive the many volunteers that in recent years have given body and soul to help the hundreds of thousands of men, women and children pouring in from Syria and Iraq in search of a better life. Or at least a place where they can live without risking death every day under the bombs of a war that only in recent months has begun to wane.

They include Bonaventura Visconti di Modrone (ABVM studio) and Leo Bettini Oberkalmsteiner, two young and determined Italian architects who have built a team around an ambitious project. What does it involve? Giving the guests of the Ritsona refugee camp (northern Greece) a place where they can express their desire to socialize, so that they can stop living their lives in perpetual limbo. After a two-year bureaucratic and design process, in November 2018 the first prototype of the Maidan tent finally took shape. Because the initiative was led by volunteers, it was crowdfunded. The quality of the project however attracted the support of a series of NGOs and important entities such as ARUP (one of the largest engineering firms in the world) and the Università Bocconi in Milan.

The key words to describe the project include: participation, sociality e flexibility

This was the starting point for the two Italian architects, just barely over thirty, who conceived this structure. «Thanks to a programme at an orphanage in Haiti that I worked with soon after I graduated – explained Visconti di Modrone – I learned several concepts necessary to introduce myself effectively into difficult contexts. First and foremost, how important it is to concentrate on the relationship between the space and the small users. But also the need for a plurality of spaces, that can offer both privacy and spaces to gather together. When I visited the camp at Ritsona for the first time, I found the situation there to be very complicated. Not because there was a dearth of essential items, which were guaranteed by the UN and by the European Community, continued Visconti di Modrone, but because of the deep mental anxiety experienced by the refugees. In talking about it with a psychologist, I thought of a common space and of architecture as an instrument to provide a place where they could escape boredom. One of the best things was to see how, after a period of initial mistrust, within a month the tent was “taken over” by the inhabitants of the camp. In fact, that was exactly the point of the entire operation, to give the inhabitants a “piazza” in which they could spend part of the day together as a community. An element that is underlined by its very name: Maidan in Arabic means city square».

Bettini Oberkalmsteiner provides the details about the design: «to develop the “Maidan tent” project we sought to build a place that could satisfy the public, social and group needs and requirements inside the camp. The purpose of this architecture was to provide a collective gathering place. Its strongpoint is in fact its flexibility and multifunctionality. The geometry of this sort of covered piazza – says Bettini Oberkalmsteiner – creates a common space which becomes a fundamental means for managing the camp, but that is not all. It is divided into sectors that can be used by different groups or single individuals, depending on what is needed». 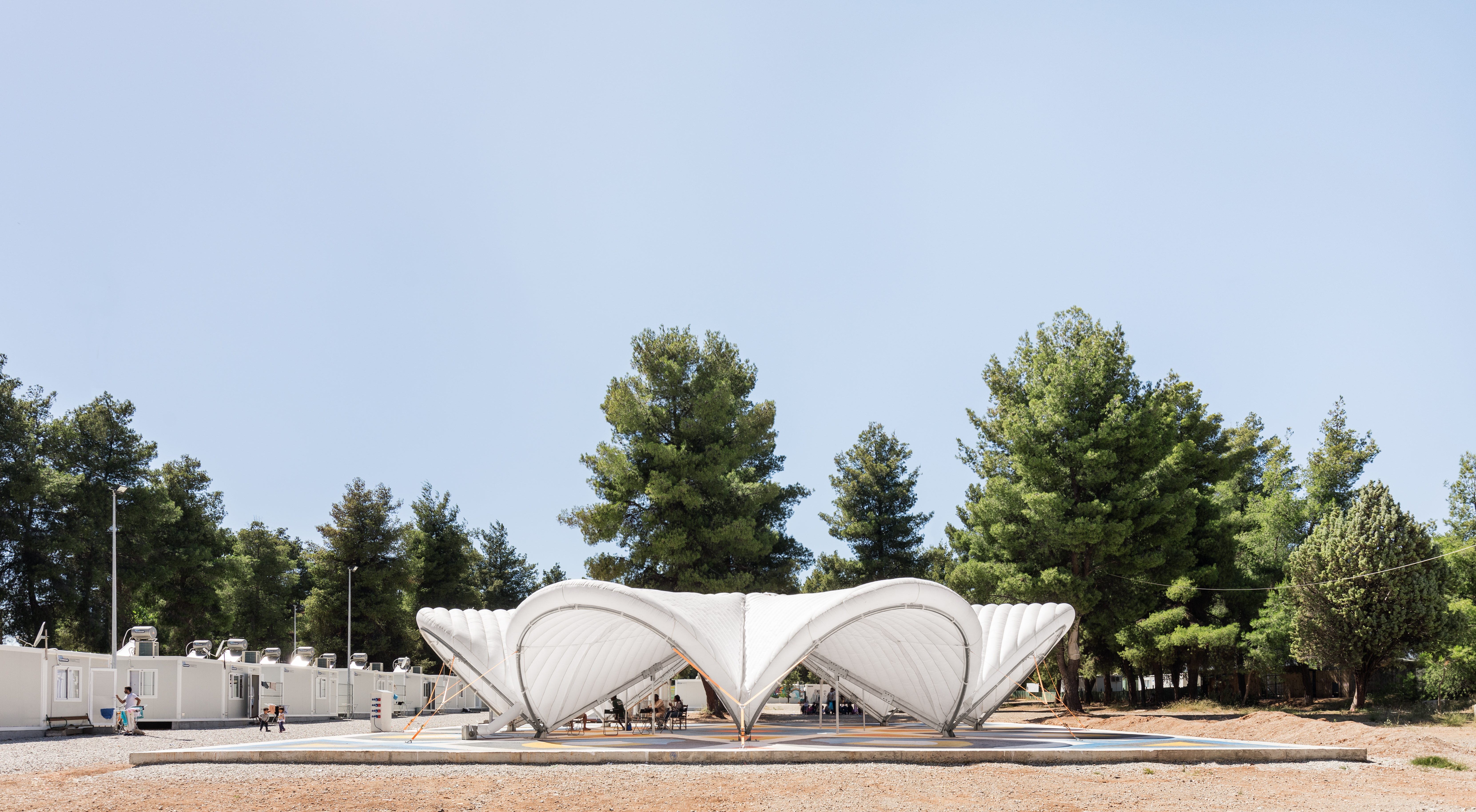 How is the Maidan tent structured? It is a large tent conceived as a covered town square, a surface of 200 sq.m. that can hold up to 300 people at the same time. The materials were studied carefully so that the structure would be easy to assemble and dismantle, to transport; it was to be resistant and easy to maintain. We used aluminium and steel for the rigid structure, while the cover was made with a fabric that could withstand weather and fire. All the components are standardized and certified and, as we said, constructed to create various separate areas inside. The round space is divided symmetrically into eight sectors, each of which include two concentric spaces. The central area of the tent is the largest, and that is where people meet and the NGOs organize activities that support the management of the camp. This central part is surrounded by a ring of semi-private niches where people can engage in their activities in a more intimate atmosphere.

The design and the psychological aspect. Fundamental to the design and concept phase of the Maidan tent was the constant interaction between the architects and a psychologist, which led to the establishment of three principal characteristics: a round shape that could convey a sense of being open on each side, an interior subdivision into different zones that could allow many types of interaction, a multifunctional space that could meet any need. An example? During the football World Cup in Russia, a canvas was rigged in the central section as a screen on which the games were projected. This did not however preclude the possibility, for anyone who was not interested in that event, to use the tent anyway. 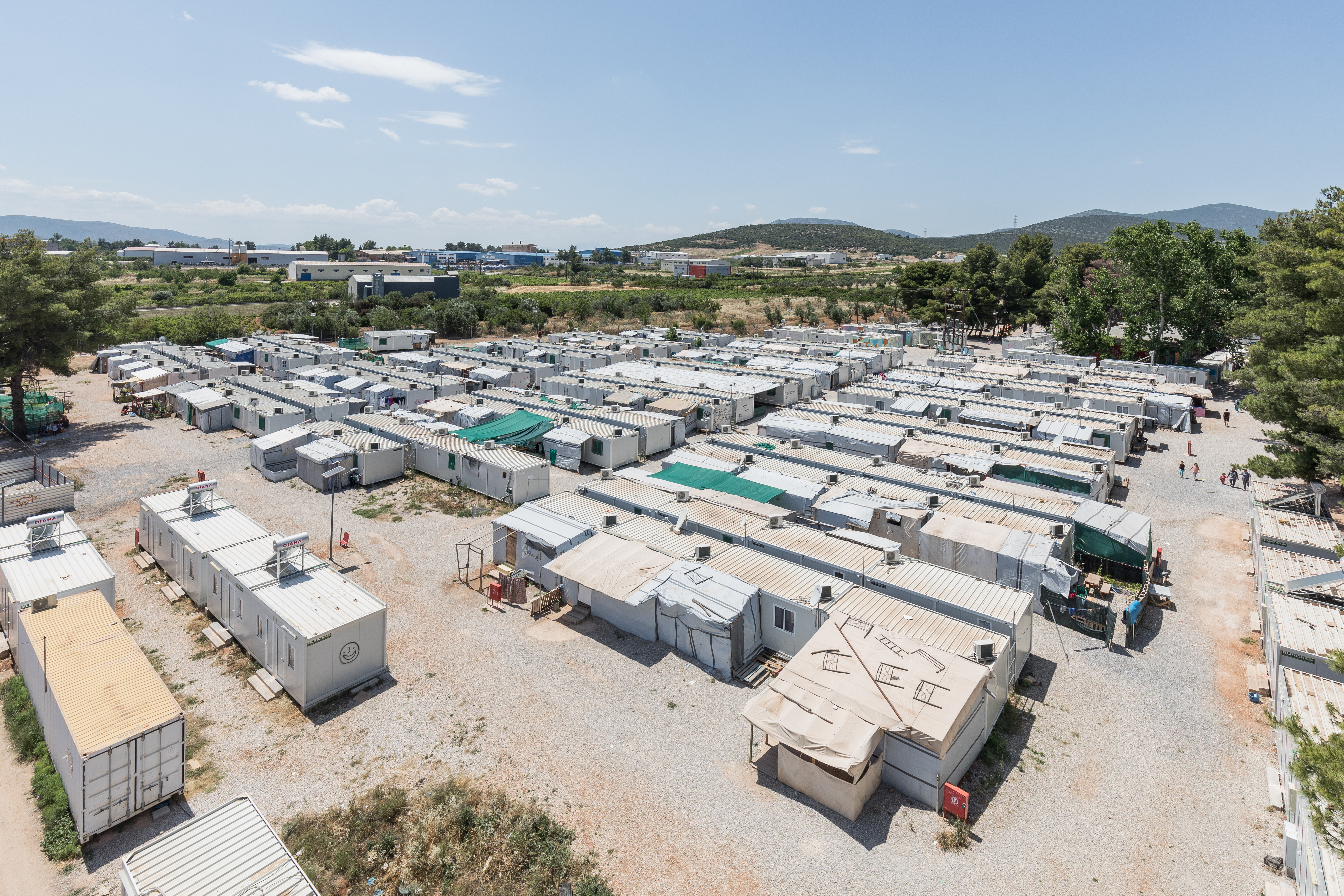 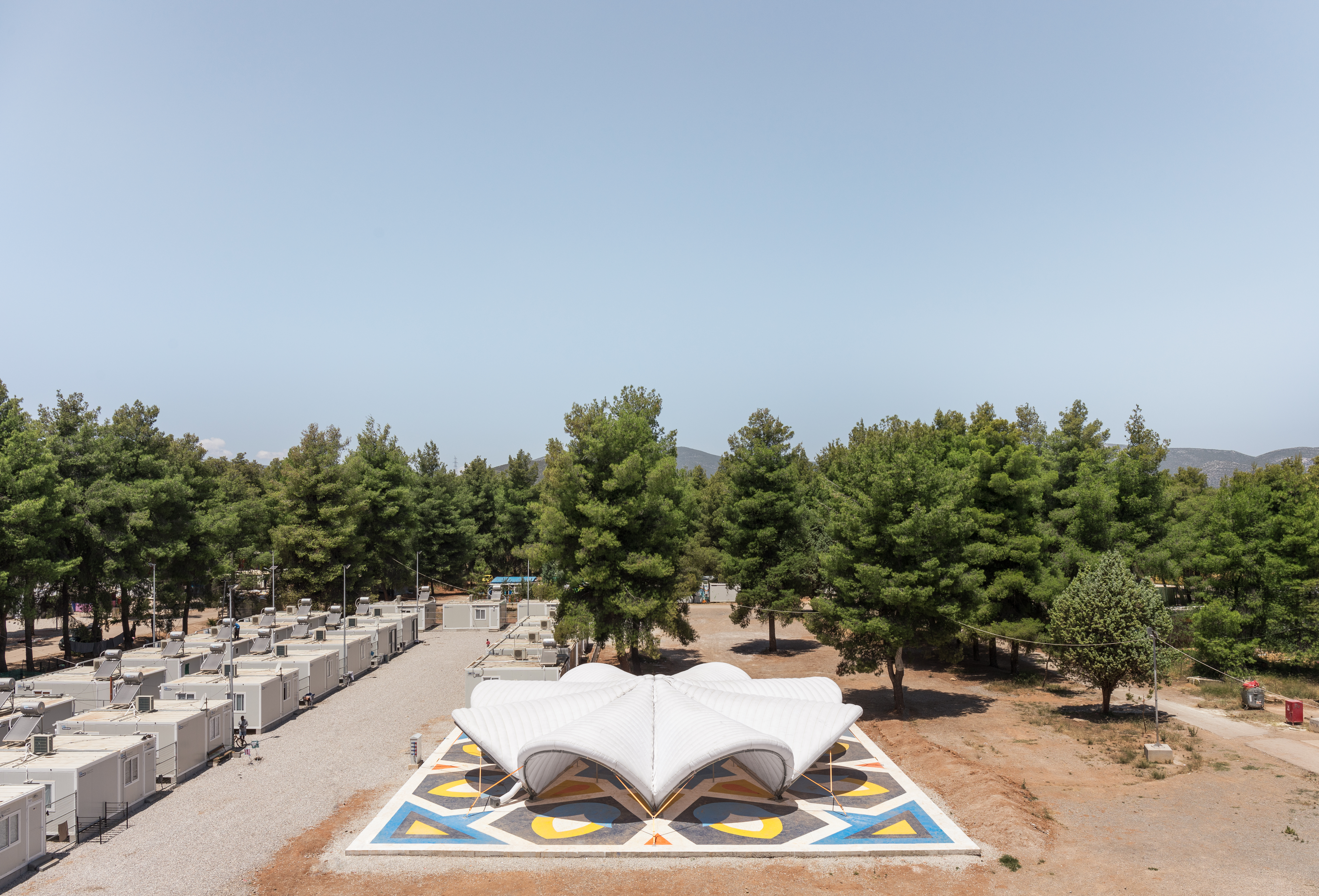 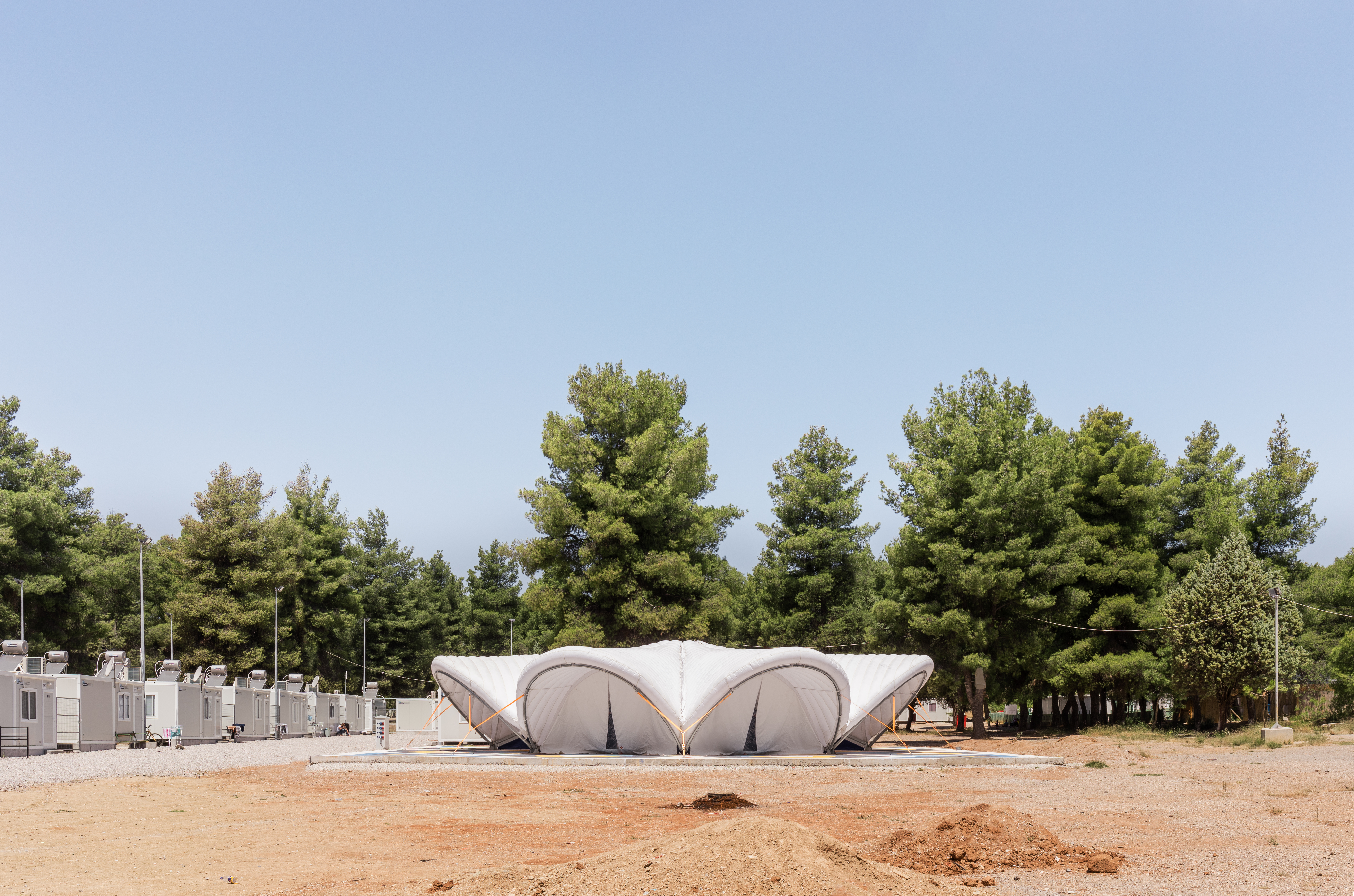 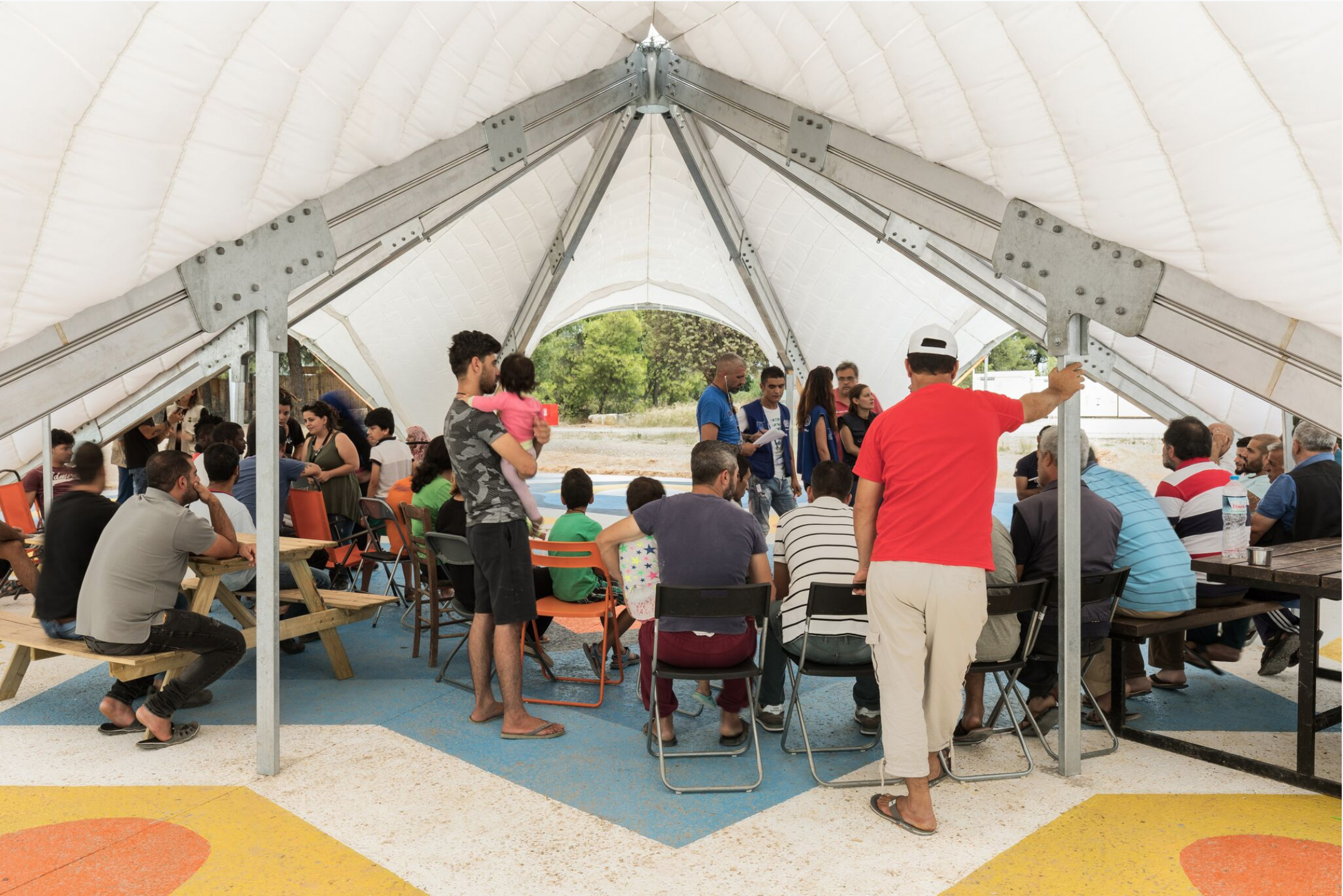 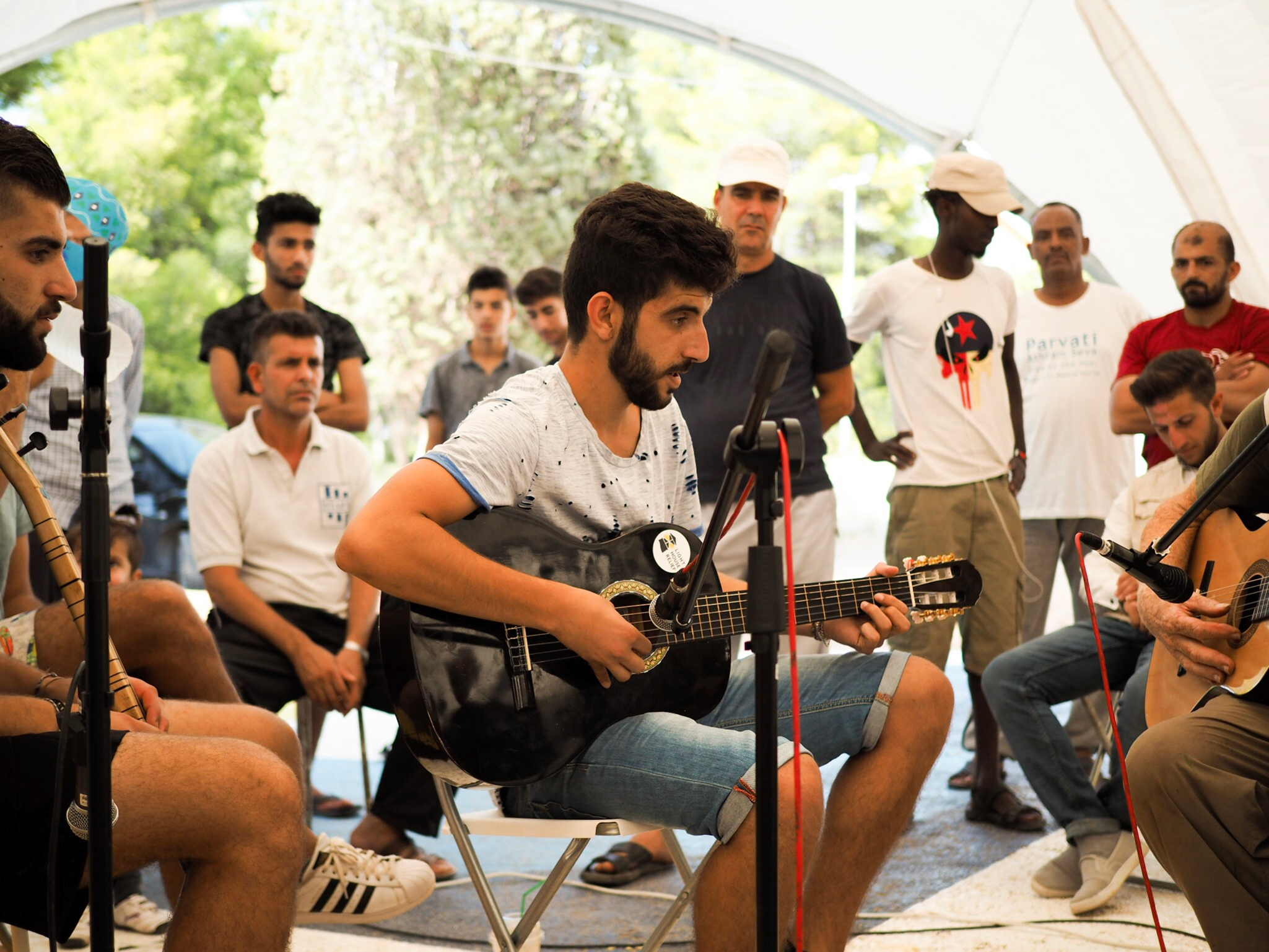 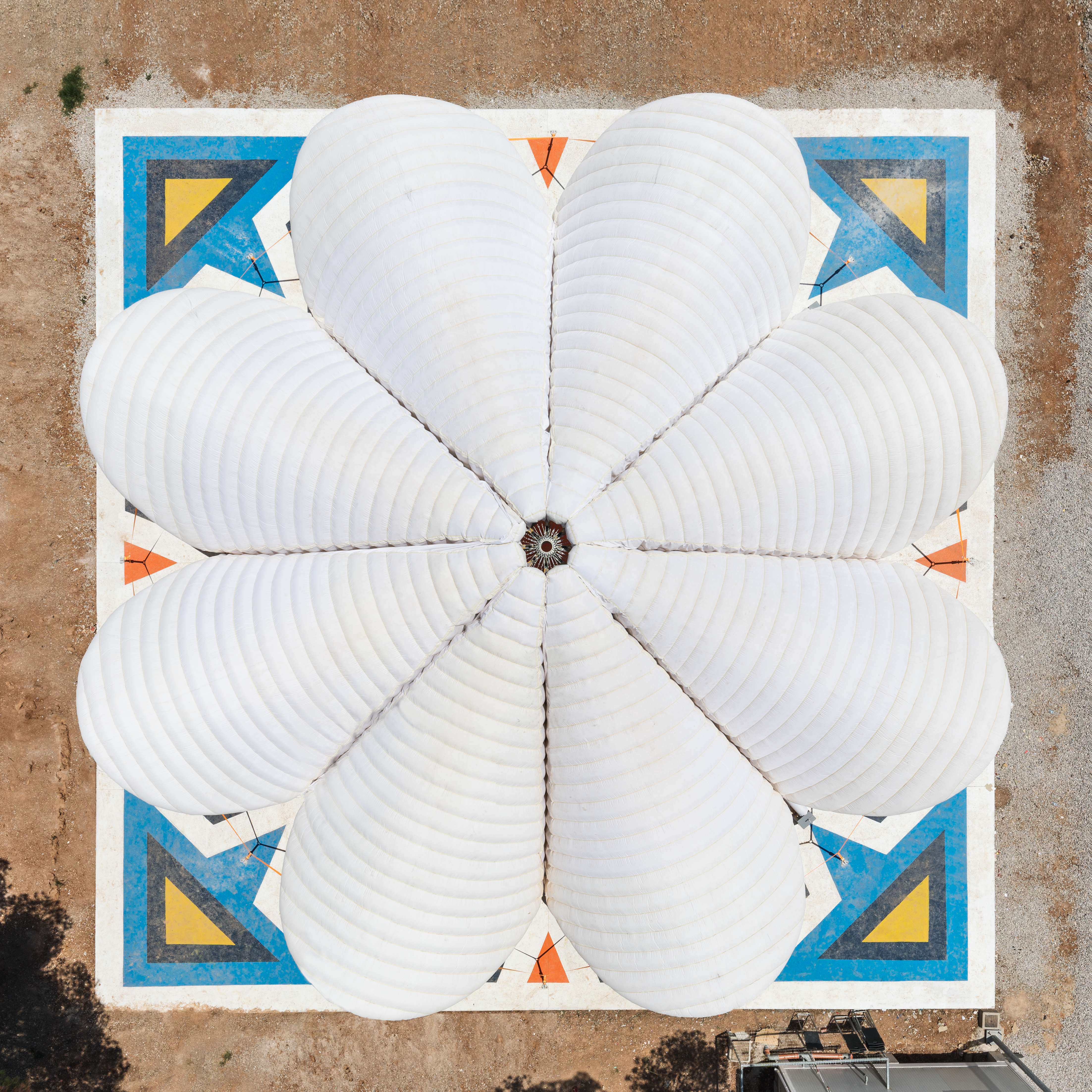 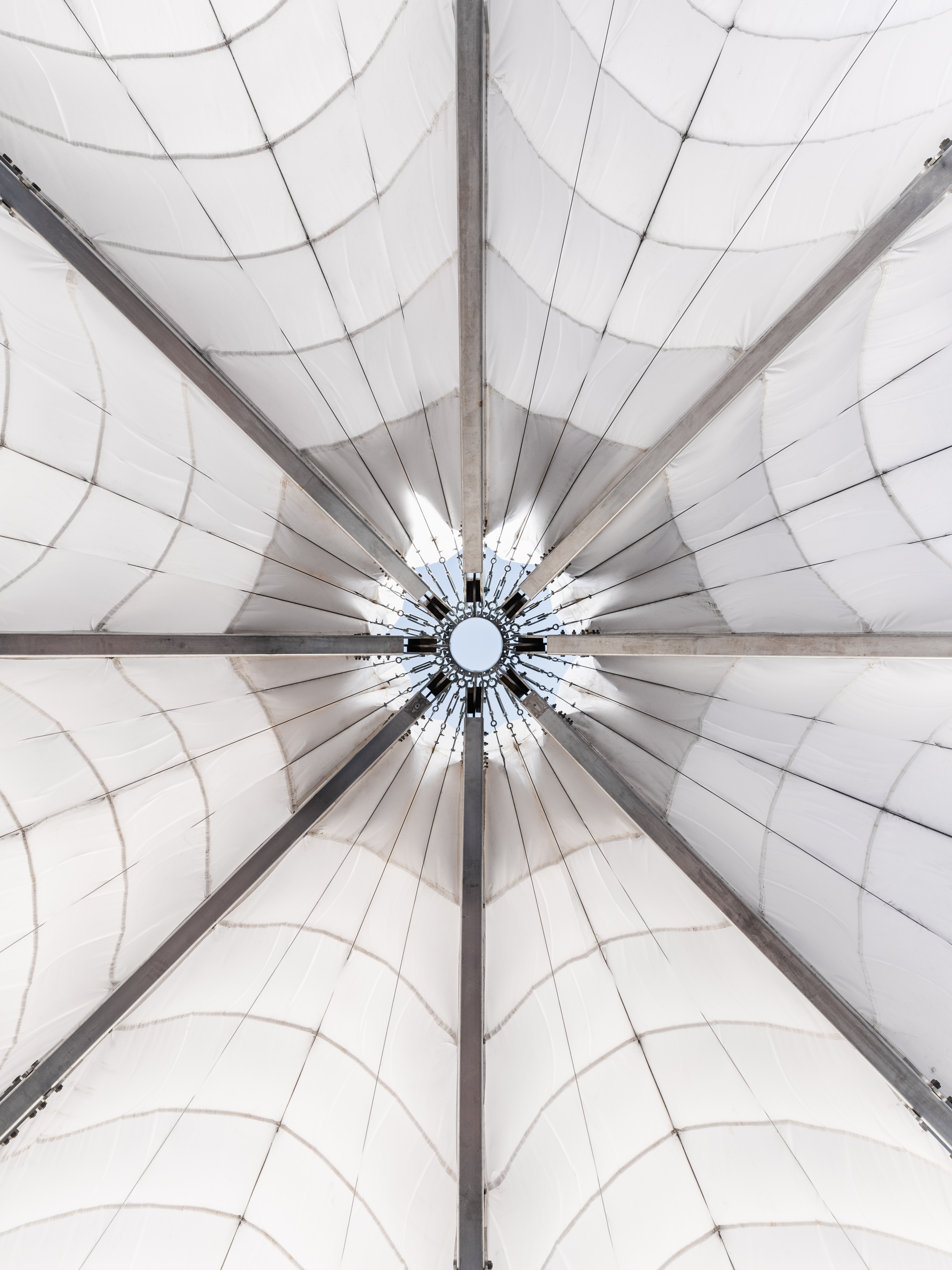 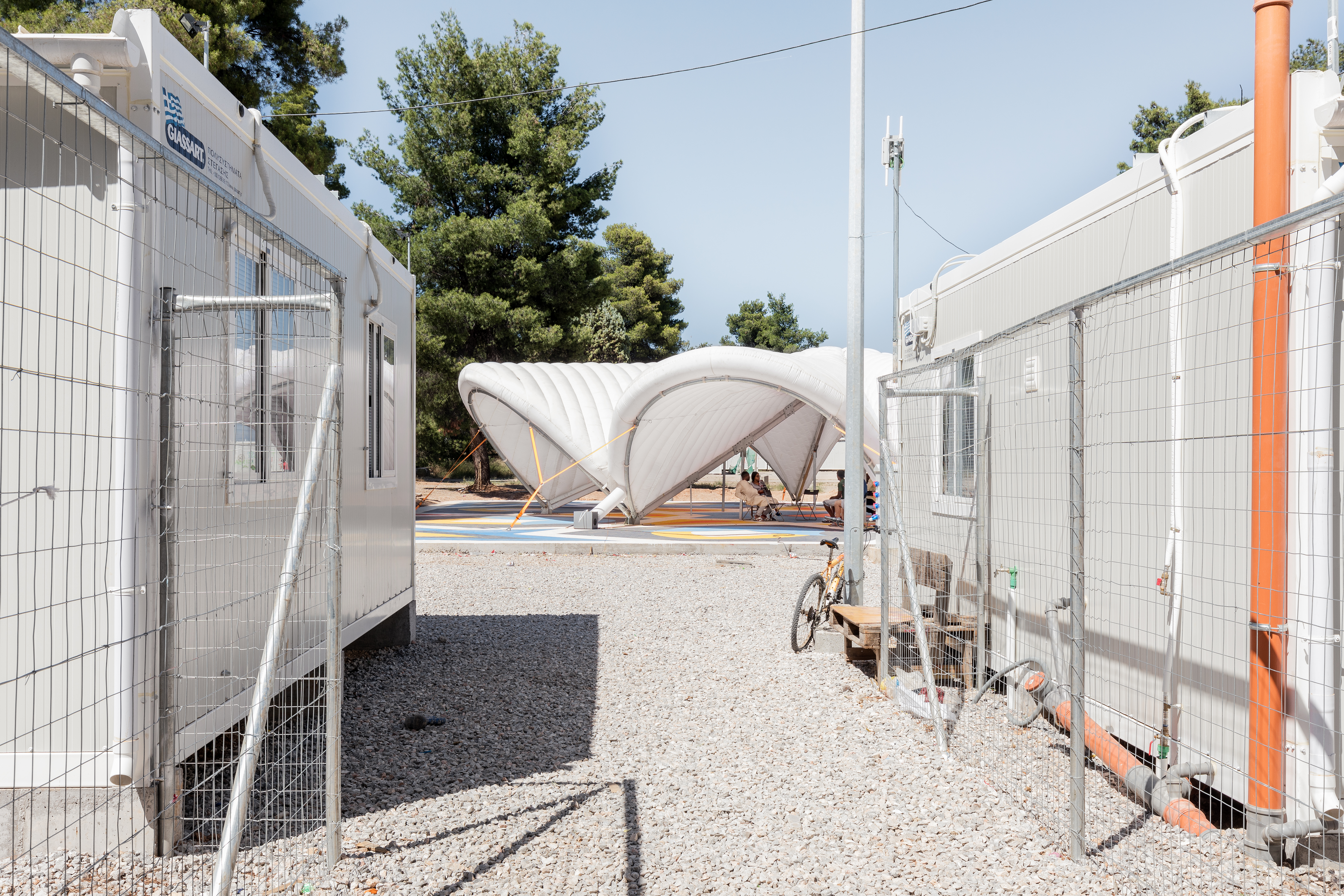