Gourmet cuisine came to Sardinia about twenty years ago, but it did not find fertile ground right away. The island has always valued tradition, even at the table. Cross-fertilizations were not much appreciated, on the contrary, they were so unpopular that most Michelin-star chefs left their native lands to seek international experiences elsewhere. Recently, however, curiosity towards experimental cuisine is slowly increasing thanks to the many highly talented chefs who work with local raw materials and ancient recipes to invent dishes that stem from a dialogue between the most authentic flavours of Sardinia and the culinary vocabularies of other countries.

Roberto Petza from San Gavino Monreale, Piero Careddu from Sassari, Cristiano Andreini from Alghero are some of the most highly-rated chefs. In the Oristano area, there is growing attention to Salvatore Camedda, who after experiences in Milan and Cortina, left in 2002 to begin his adventure abroad. «I wanted to travel, to discover new cultures and new flavours – he explains – and so, for more than ten years, I worked between Taipei, Saint Moritz and Miami. In Taipei I discovered spices and exotic aromas: I immediately fell in love with the local cuisines and returned with a legacy of new knowledge and flavours». But the encounter that Camedda feels was most important for his training was the one that took place in the province of Vicenza. «My experience with Giuliano Baldessari at the Ristorante Aqua Crua opened up a world for me: he is a living encyclopaedia, he has a remarkable understanding of raw material. The mental training he gave me, explains Camedda, was incredible. With just a few ingredients we were capable of creating great dishes out of nothing, we researched everything and left nothing to chance». 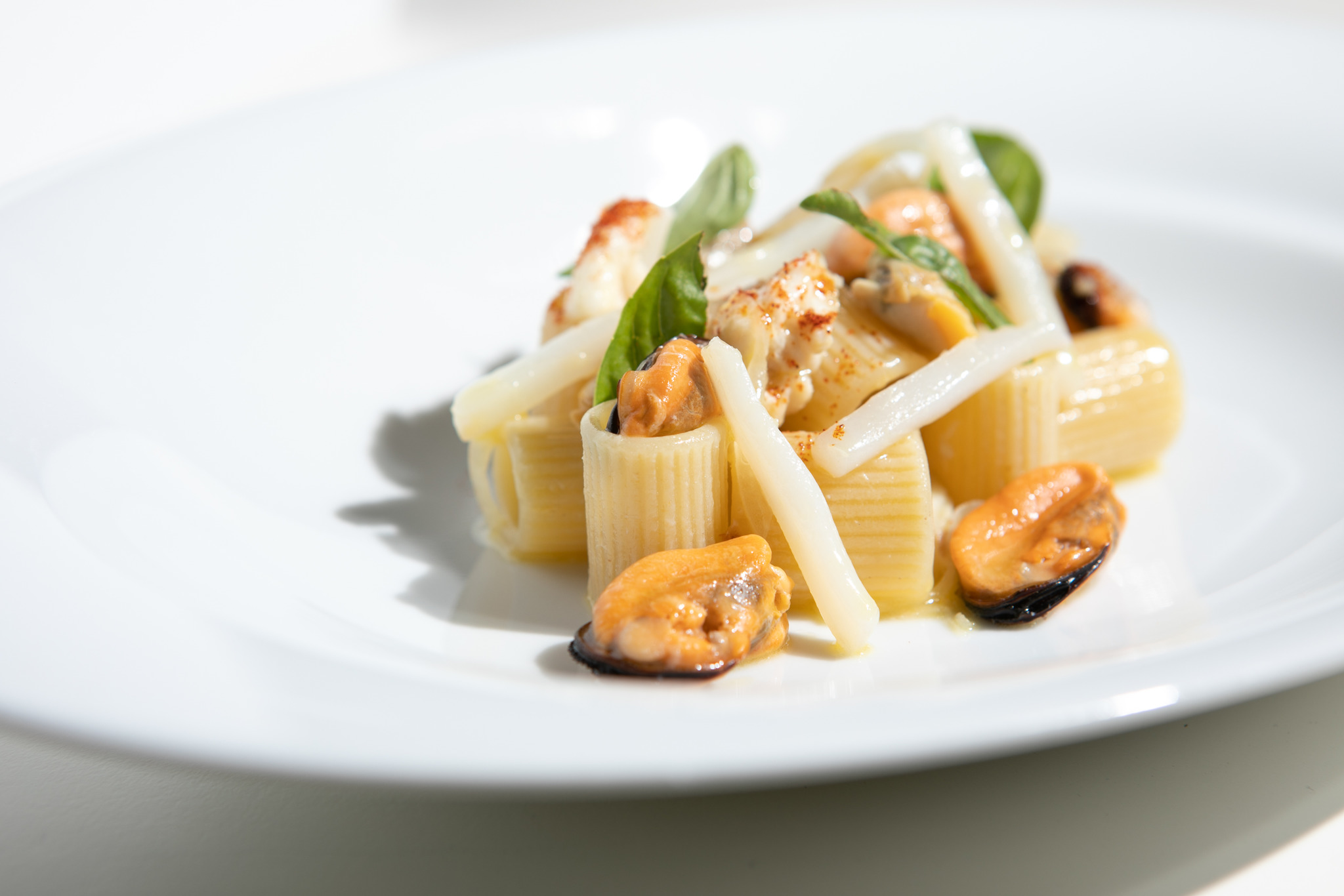 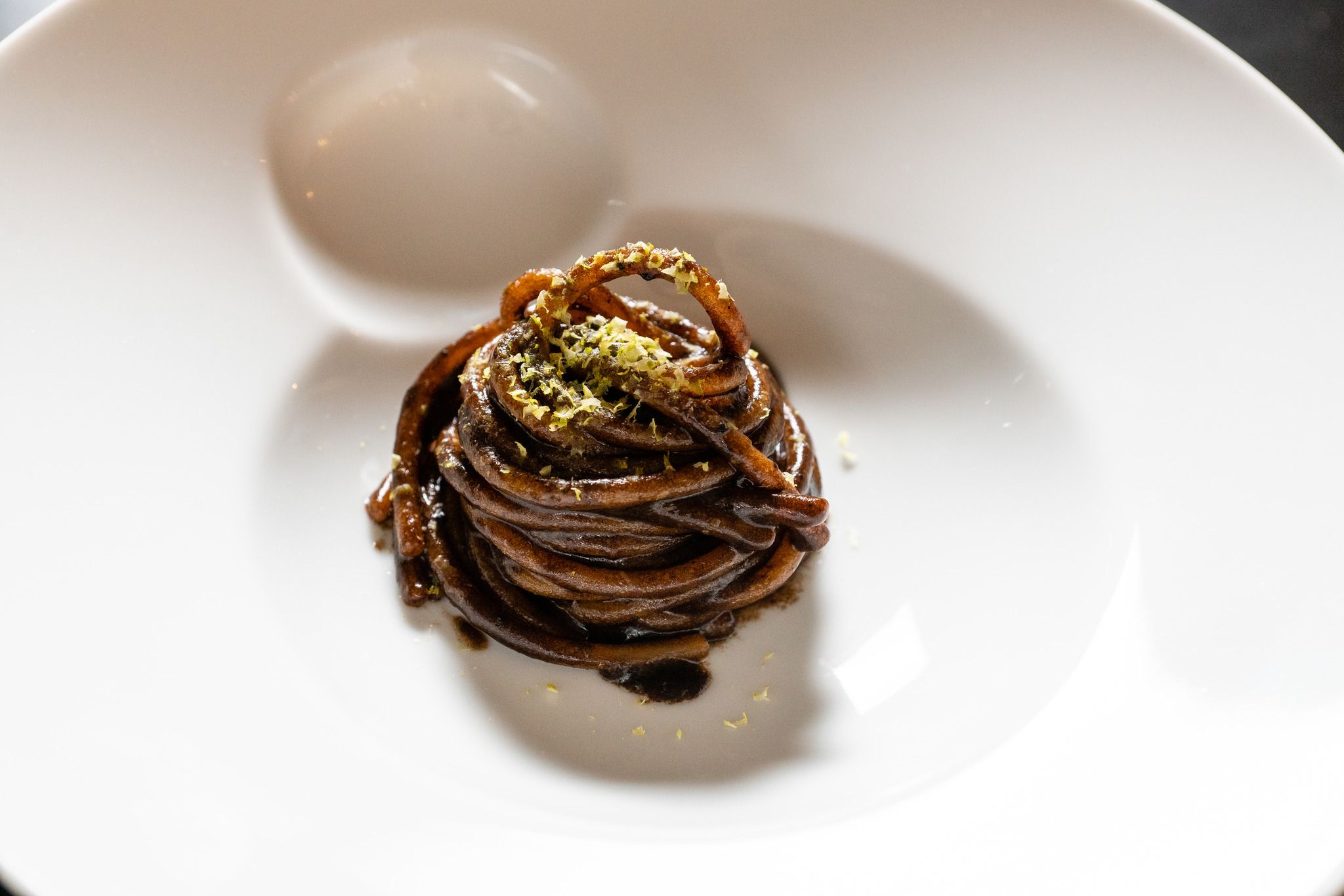 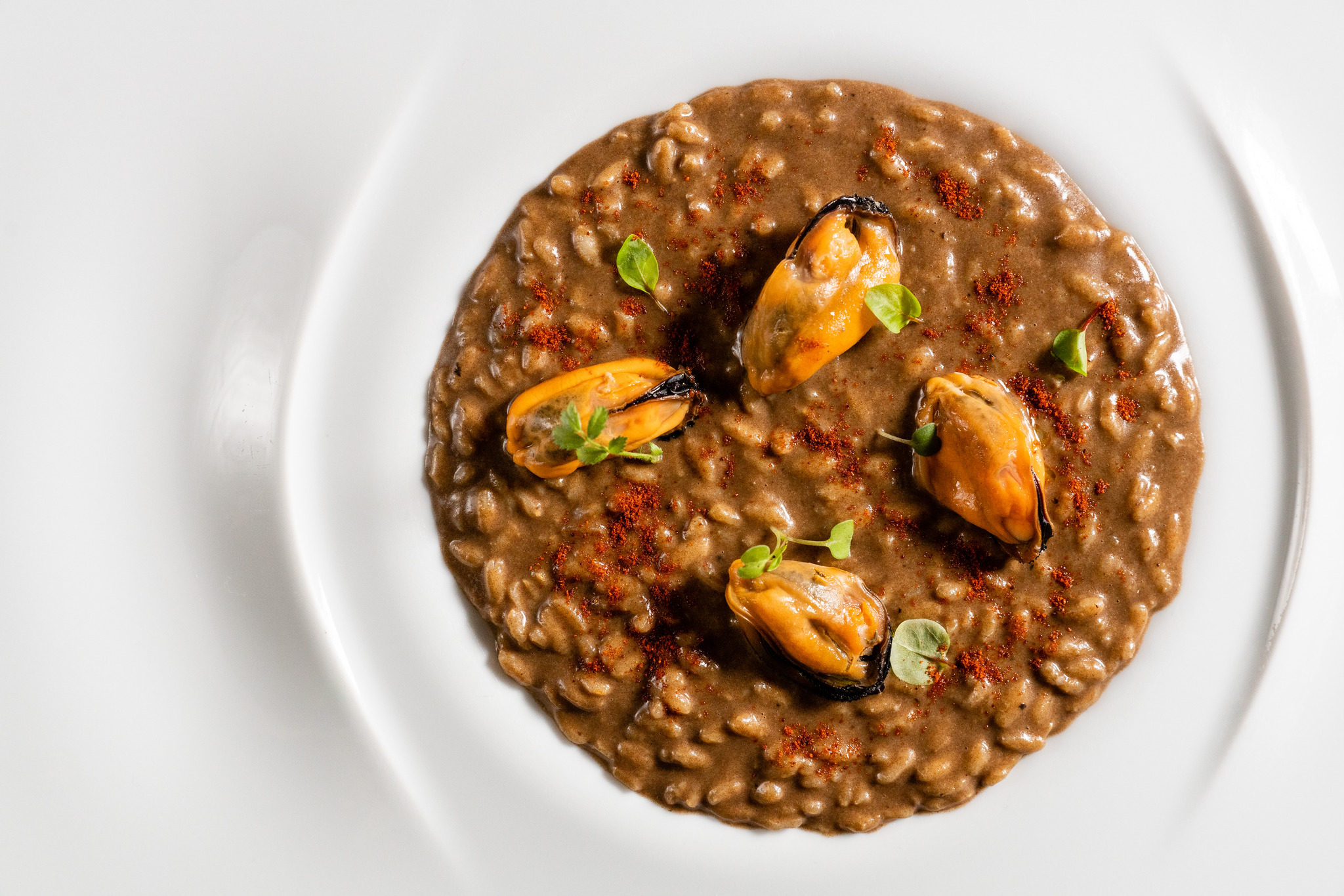 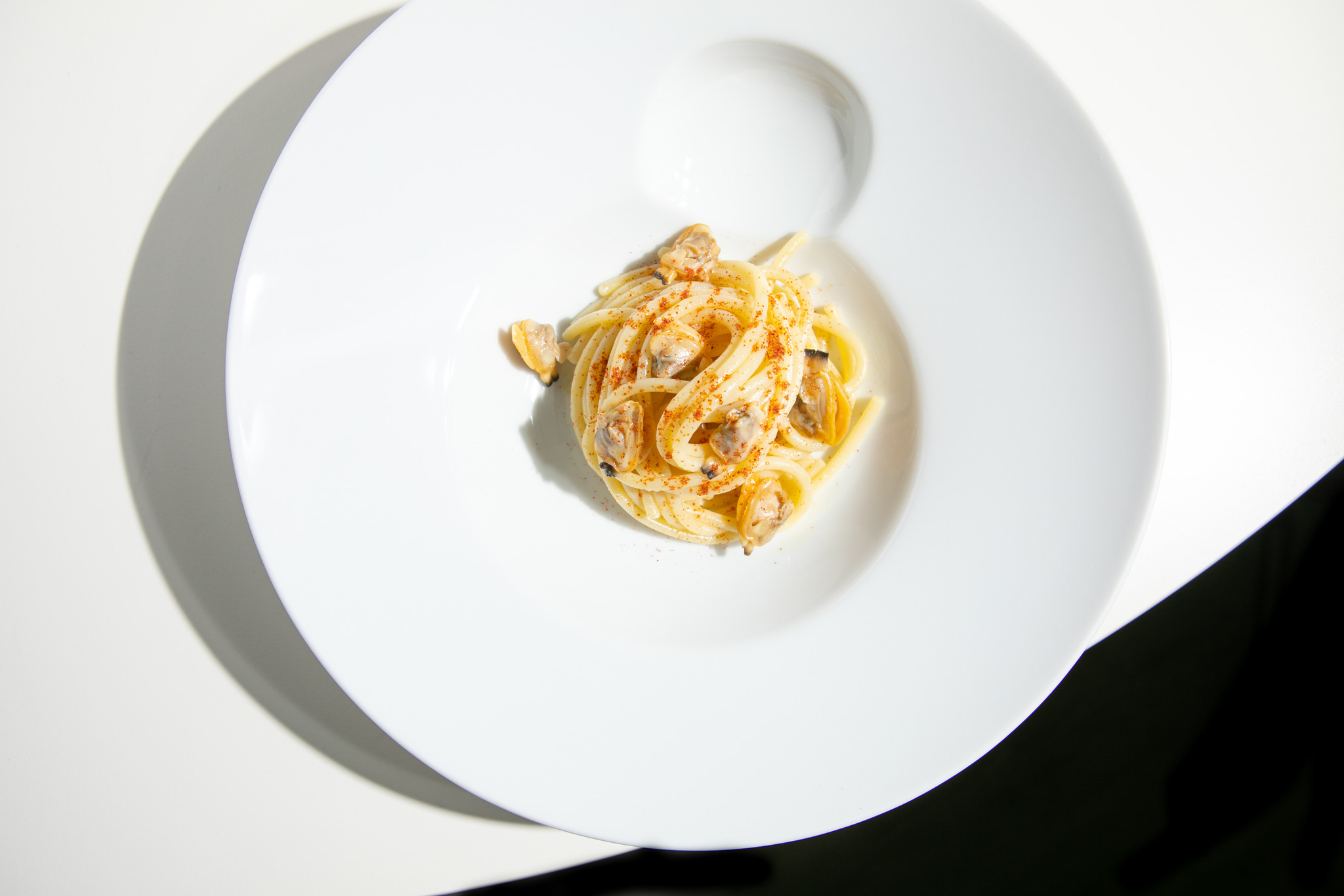 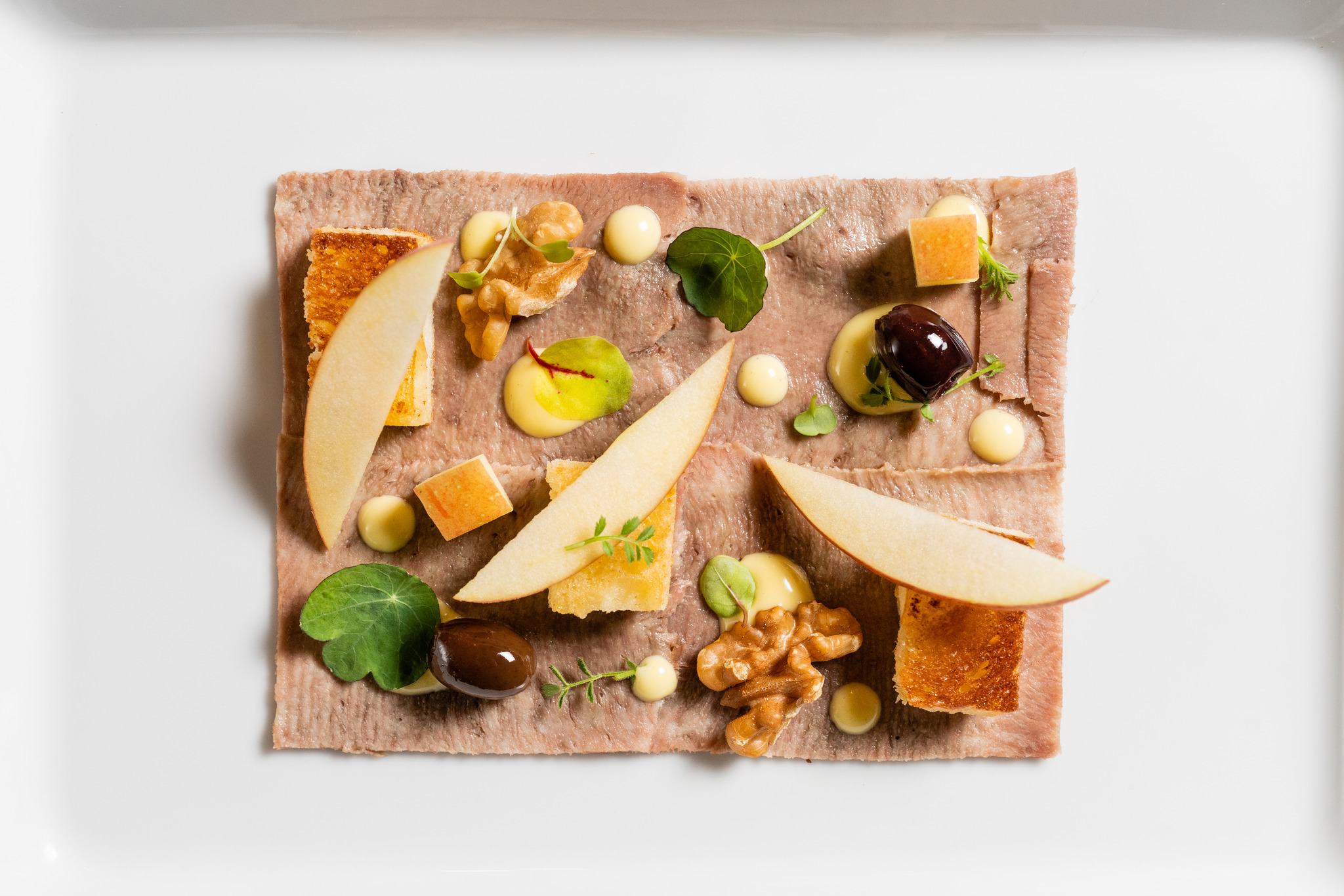 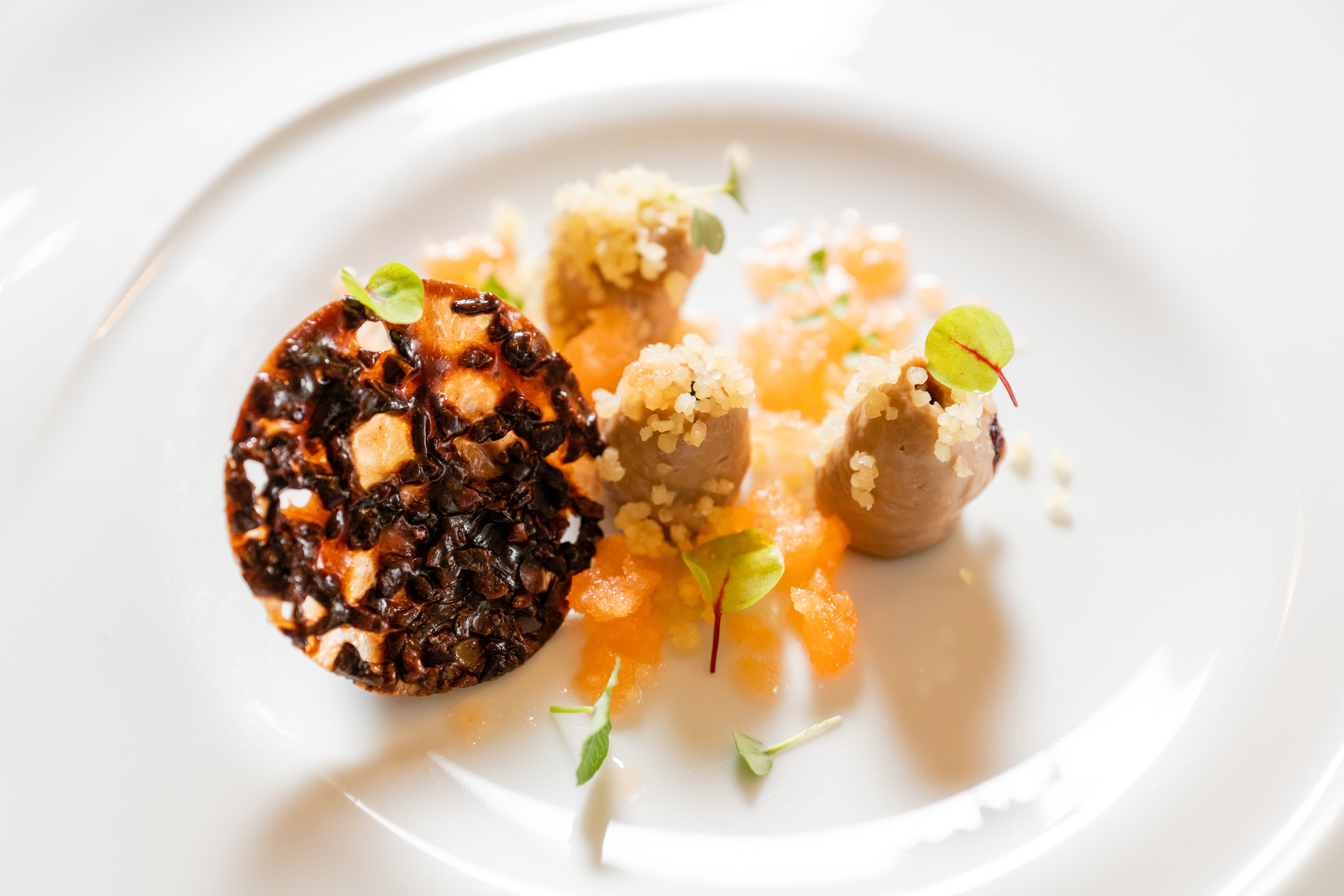 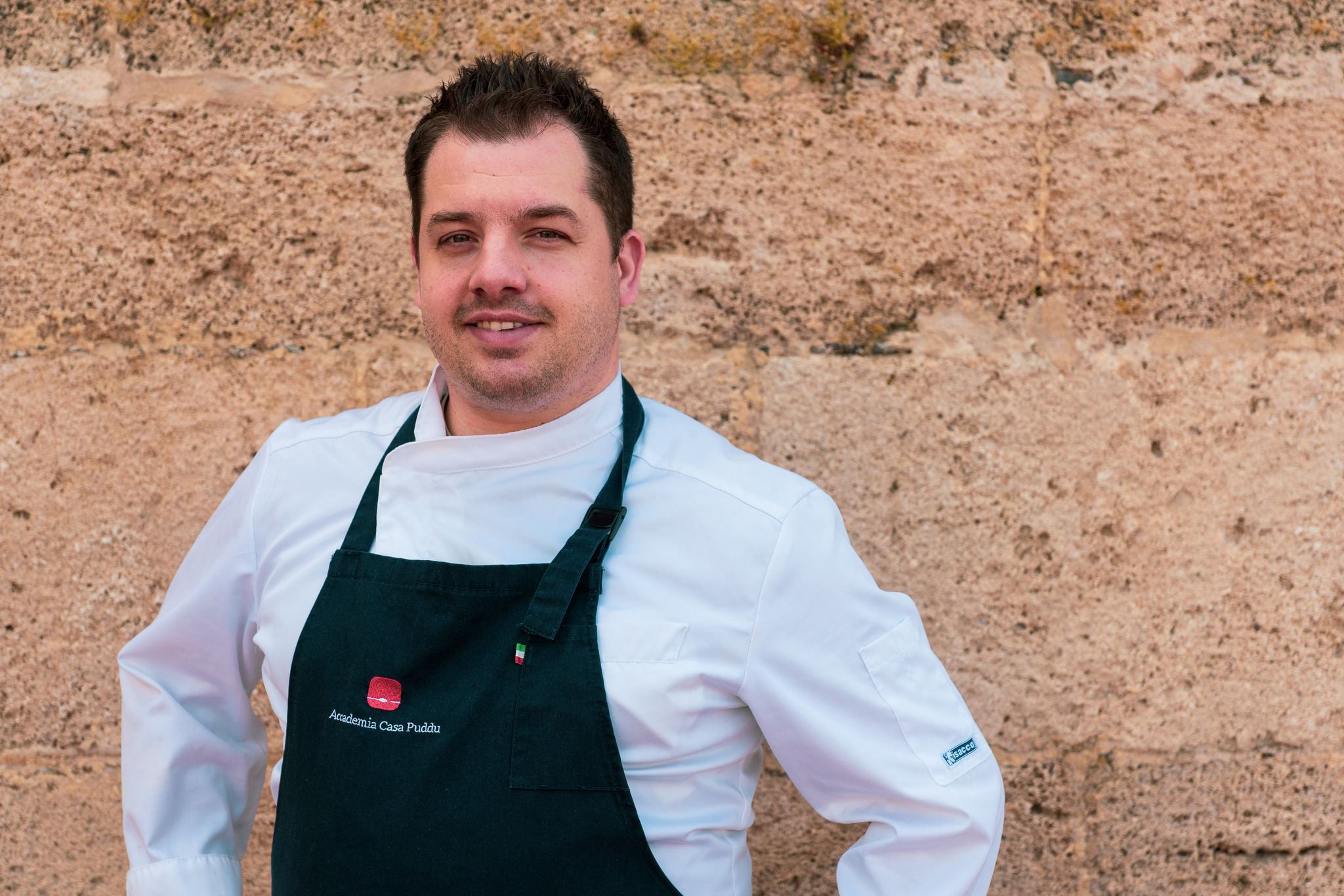 In 2015, he decided to return to Sardinia where he opened his restaurant SOMU (from “S’omu”, a contraction of “Sa domu” which in Sardinia means “At home”), initially at San Vero Milis, a few kilometres from Cabras (the city where he was born), and later in Oristano, in the Hotel Duomo. The name of the restaurant alludes to shared experiences, in this case sharing flavours, like in a family, “at home”. At the moment SOMU has moved for the summer season to the Costa Smeralda, to the Club Hotel in Baja Sardina.

Starting with the high quality of the raw materials, the chef’s cooking philosophy seeks to introduce unexpected flavours and unusual food combinations, cross-fertilizing traditional dishes with ingredients from around the world.

«One example is curry: a spice that conjures the aromas of distant lands – underscores the chef – but that does not get much use in Sardinian cuisine. I like to add it as an “element of surprise” in recipes prepared exclusively with local products. Another product I use quite often is tamarind, a tropical fruit that grows in Asia and Latin America. I use it on fish that we smoke ourselves. And Szechuan pepper that I add to cream of potato, seafood or meat. My wish is to introduce people into a journey of true flavour and surprise them with unexpected aromas». In fact, his signature dishes include the Mezzopacchero with shellfish, curry, green apple sauce, as well as Spaghetti with squid in black ink, black garlic and pistachio, and Suckling pig with mustard and cherries.

So what is the secret of his success? «These days, explains Camedda, a strong point in any business is flexibility: to adapt to the unexpected and always be ready to react proactively. More in general, as far as restaurant service is concerned, I believe that the key lies in knowing how to surprise people. A large part of my work concentrates on the search for new flavours, unusual ingredients and unusual consistencies. Good food is a pleasure, but it should also be an enjoyment and a discovery: a real journey through taste, that you go on seated at the table».