Artificial intelligence and IoT permeate the first form of vegetal life, capable of adapting to the outside thanks to the interaction with a robot system 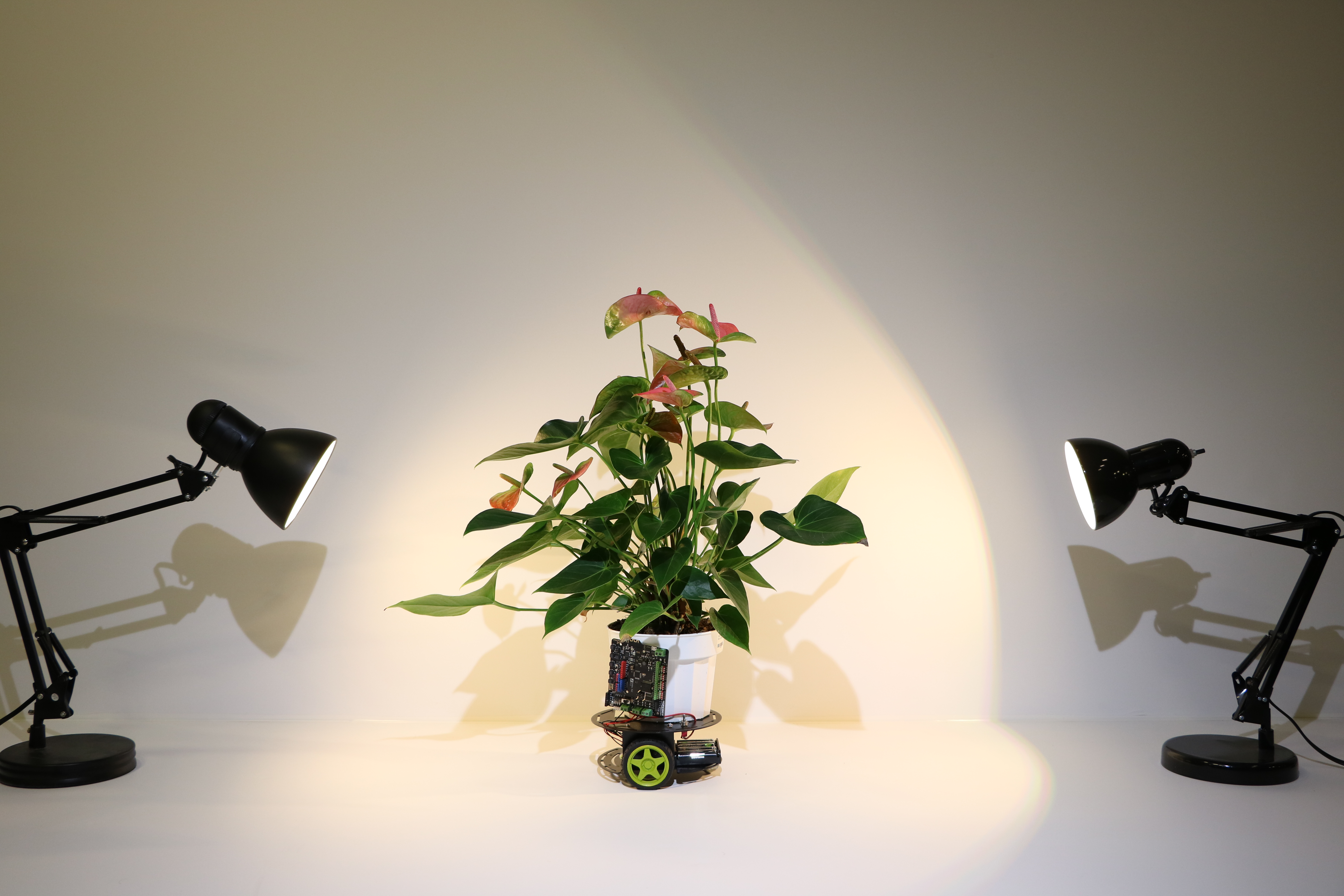 What would happen if the sensors used in agriculture had their “own” intelligence and helped trees and plants grow better, directing the trunks and leaves in the most appropriate direction, activating irrigation systems as needed and alarm systems when the plant’s health begins to waver? These are the questions at the base of cyberbotanics, a new field that investigates the impact of digital technologies – in particular the Internet of Things (IoT), but most of all Artificial Intelligence (Ai) – on vegetal organisms.

Many experiments and projects already exist around the world, but MIT in Boston is where the first vegetal “form of cybernetic life” on the planet was created. Elowan, which is what this new creature has been named, is a plant for all intents and purposes. But it is more intelligent than other plants, because it has been equipped with an artificial “brain” so that it can serve functions as never seen before. This is the brainchild of Harpreet Sareen, a researcher affiliated with the team of the Fluid Interfaces Lab at the Massachusetts Institute of Technology, which developed the project together with the founder of the Laboratory, and professor of Media Technology, Pattie Maes.

The cybernetic plant, which has already been unveiled to the scientific community (and more), is in fact a normal plant with one difference: the natural bio-electrochemical impulses – the ones that cause every vegetal organism to move to “adapt” to changes in the weather – in Elowan’s case rely on special electrodes to communicate with a robotic system that not only analyses and interprets them, but when needed, can “respond” and activate the plant so that it makes specific actions. If the orientation is bad, for example, the robot repositions Elowan towards the light. And “corrective” measures are immediately activated in the case that parameters such as temperature, humidity, or the conditions of the soil, trunk or leaves do not comply with the default parameters to certify the plant’s proper state of health.

Elowan represents an attempt to demonstrate how nature could evolve  in an “augmented” version. 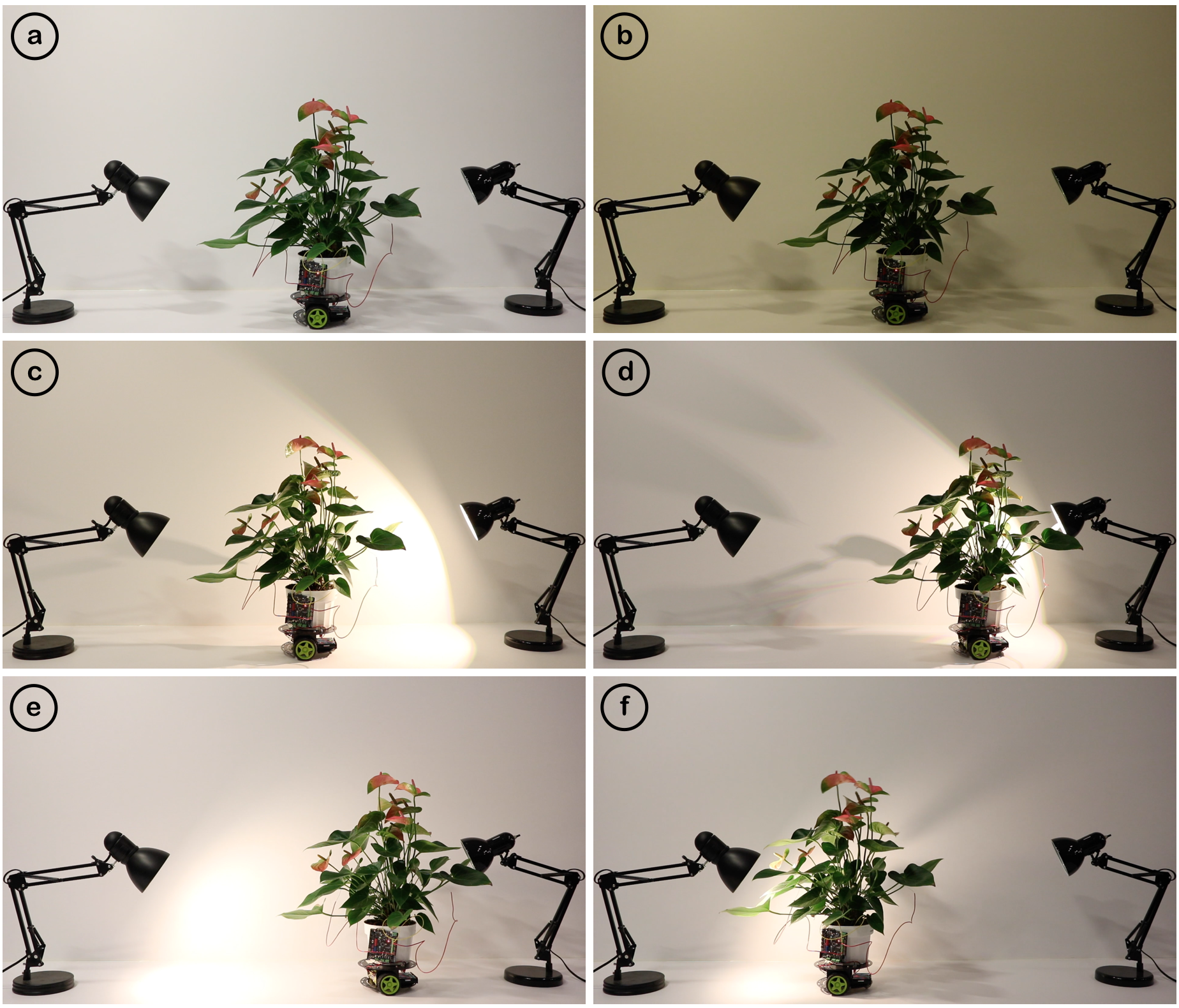 «Elowan’s robotic base is a new symbiotic association with a plant. The agency of movement rests with the plant, based on its own bio-electrochemical signals, the language interfaced here with the artificial world». The functions that are currently possible could soon increase «for example with exogenous extensions that provide artificial nutrition, and new defence mechanisms in the case that pathogen agents are discovered», it specifies.

What makes Elowan even more special is its robotic system, designed to learn from plants and to evolve as a consequence.

«Plants are self-powered, self-fabricating, and self-regenerating systems at scale. They have the best kind of capabilities that an electronic device could carry, something we can only hope to achieve in the artificial world», explains the team from the American institute. «Much of the way we think about interfaces-interactive devices are based on the logic of industrial thinking, i.e. having to create everything artificially from scratch. But if nature has capacities such as sensing, and can activate them with movement, as well as mimesis or kinetics, then why – concludes MIT – not exploit these capabilities?»