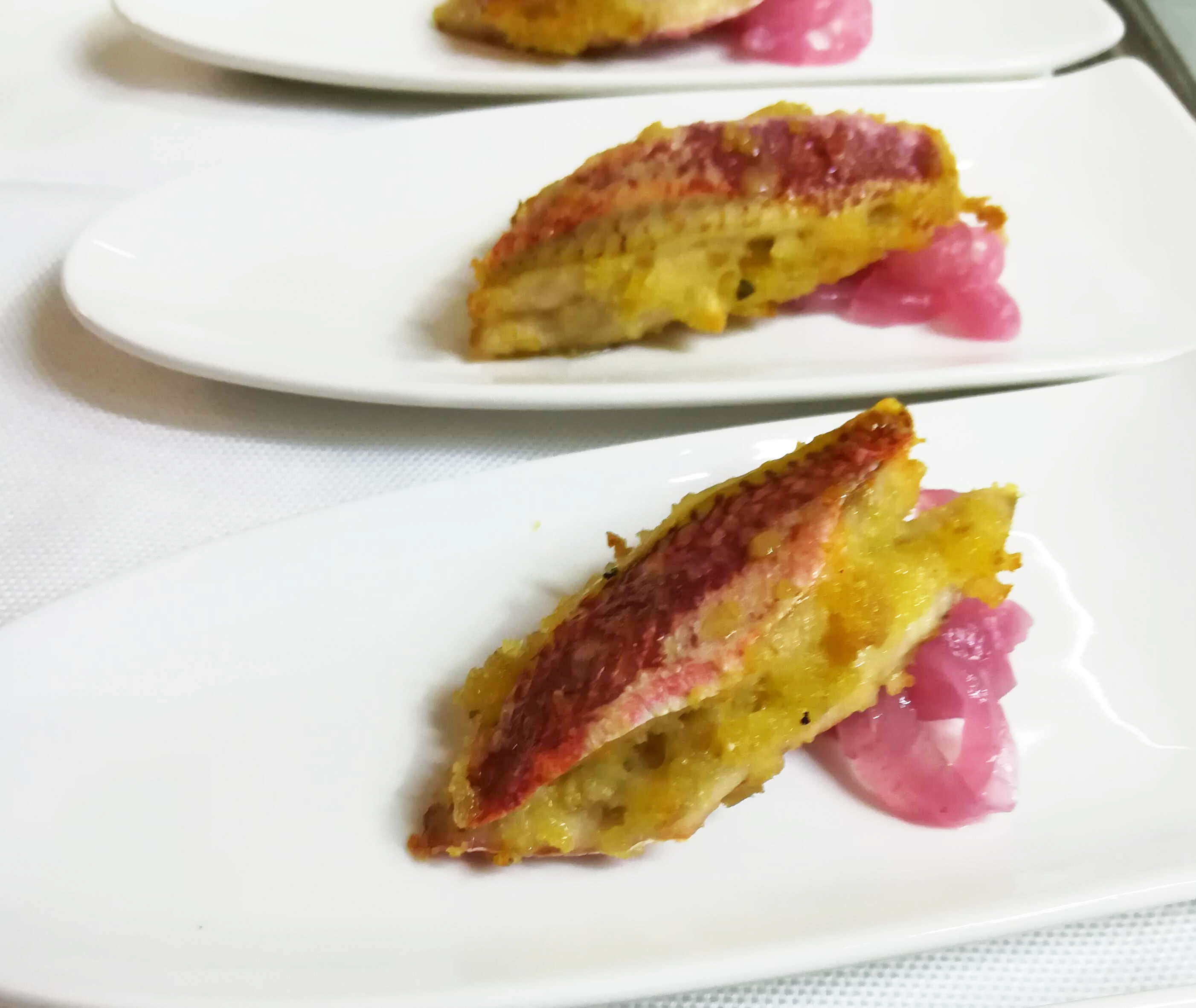 “Casa & Putia” is the dream shared and realized by four friends who are in love with their land, Sicily, and its food traditions. Convinced of the potential that Sicilian cuisine can still express by rediscovering often-forgotten dishes and presenting them in a more contemporary key, the heterogeneous group, composed of Adriana, a naturalist now on loan to graphic design, Andrea, a lawyer, Nino, a seismologist and Marcello, a computer scientist, decided some years ago to embrace the world of cuisine. None of them had any previous experience in the food and wine business, though some of them were very familiar with the finest Sicilian raw materials and products. They began by renting a small country house at Calvaruso,a town with 500 inhabitants on the hills in the province of Messina, which would become the buen retiro of people who appreciate quality, tradition as well as the innovation to be found in the menu at “Disio”, the name under which the restaurant opened, which in Sicily means “desire”. The context was very pleasant: dinner, often by candlelight, was served on a series of terraces perched on the hill, where the occasional braying of donkeys and chirping of crickets could be heard.
A warm and intimate location, the “Disio” was extremely successful from the very start, so much so that after just a few years, the four friends decide to take another step forward and move to a larger and more visible location, again beyond the city limits, with a view of the Eolian Islands. The numbers here continued to grow, thanks to an expanding clientele and the possibility of organizing special events. Until some years later, the restaurant moved to the city, to Messina, on the shores of the Strait, where it would take the name “Casa & Putia” (“putia” in the Sicilian dialect means “shop”). 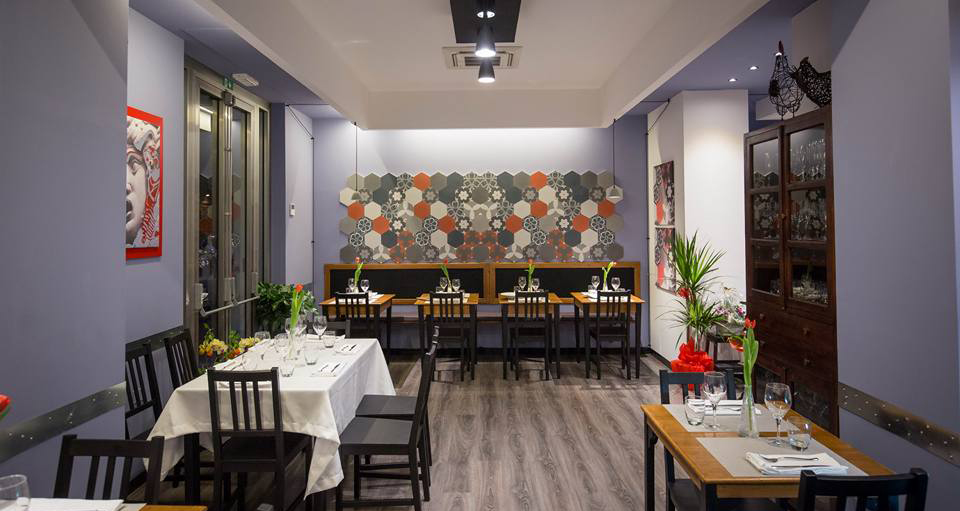 “Casa”, home, because Adriana explains, «opening the door of our house to our friends and our customers who have become friends has always been our philosophy. We have thus created a small but friendly space, colourful but not overdone, where you can smell the fragrance of home and feel its warmth; “putia” because the restaurant intends to become «a corner of Sicily in the heart of the city where one can buy or taste the excellence of Sicilian cuisine in carefully selected products», continues the female heart of the group.

Each product represents a culture, a history that must be protected, a shared heritage

And so, at “Casa & Putia”, in addition to dining, one can purchase jams, salts, honey, oil, flour, beer and wine from a network of certified local producers. The interiors were designed by Antonella Verzera, while the kitchen is run by chef Enzo Saja, a self-taught chef with extensive knowledge of materials and of how to preserve and transform them, who was trained and grew up with the owners. His philosophy, which is the same as that of Adriana, Andrea, Nino and Marcello, looks to tradition and to the territory as a heritage that is yet to be fully explored and developed. The menu, which changes every month based on the season and the availability of the raw materials, expresses both tradition and reinterpretation by relying on innovative cooking processes, and unexpected combinations. The menu for the month of June, for example, offers among other dishes Red Prawn Flan with Coulis of Zucchini and Tomato Confit, Tray of crudités, oils and salts, Short Pasta with a Cream of Aubergine, Mint and Swordfish Cubes, Beef Tagliata, Bell Peppers “alla Polvere”, Roast Potatoes. The secret of “Casa & Putia’s success? A touch of what the four partners describe as “madness”, which is expressed in a story told time after time, month after month, day after day, of a different taste, populated by the culinary influences of the Greeks and Byzantines, Arabs and Normans, Phoenicians and Aragonese. Because it is cultural cross-pollination that enlivens Sicilian cuisine. 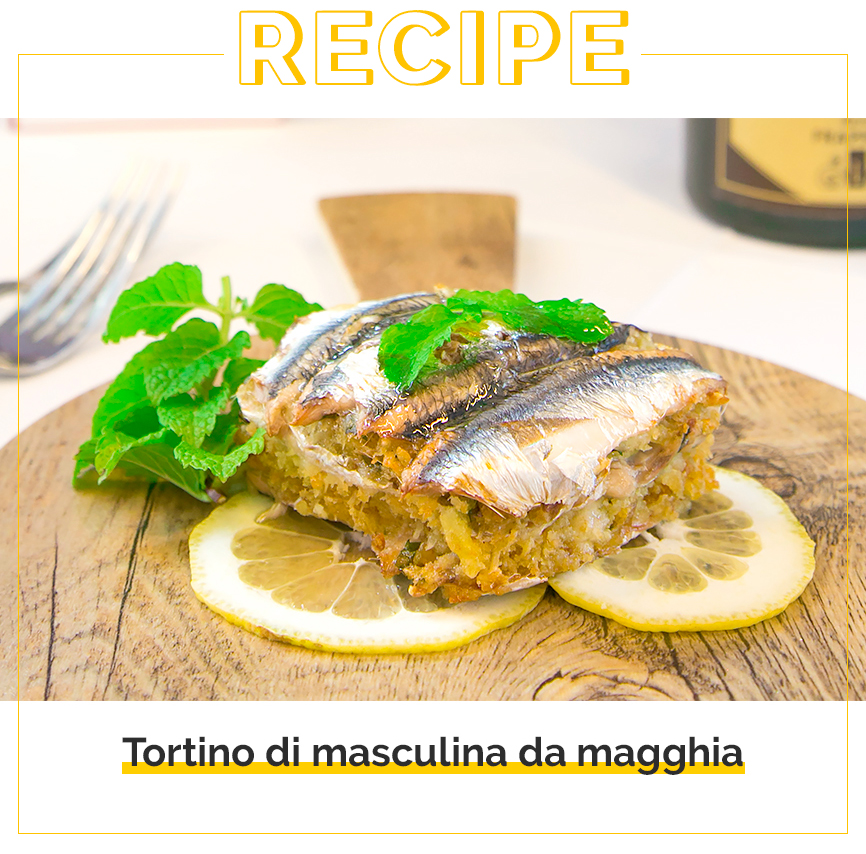 Remove the scales of the masculina da magghia. Chop the onions and scallions finely. Dice the tomatoes. In a pan, add a bit of raw tomato, then a layer of masculina and another of onions and scallions, sprinkle with black pepper and bits of pecorino cheese. Repeat the layers of ingredients and at the end splash with extra virgin olive oil and sprinkle with a handful of grated pecorino cheese. Add the breadcrumbs, toasted. Place in the oven and bake for 30 minutes at 200°C.

Tourism, Italy at the top and focus on China for the year 2020