Enrico Bartolini, the starred chef from Tuscany, has been busy at the stove since he was in kindergarten, when he prepared pine-nut brittle for his schoolmates. His passion for food took him to work abroad, initially in the kitchens of Paolo Petrini in Paris and Mark Page in London, and later in Italy under the guidance of Massimiliano Alajmo. “During the day, I would learn from them and the memory of those moments is very useful today because I have a much greater awareness about running a business myself, about being an example to others myself, about knowing how to involve and motivate other people, and cultivate their desire to share our culture”, says Bartolini. 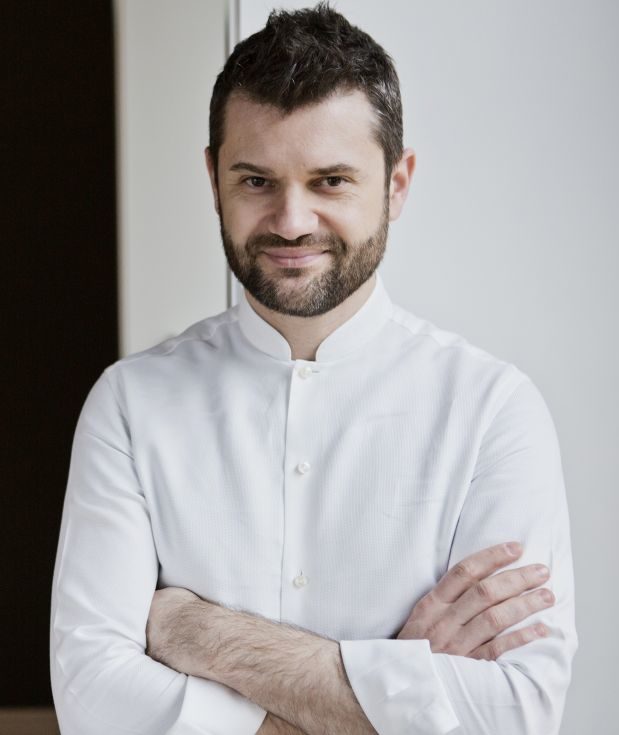 He earned his first Michelin Star at the age of 29 while he ran the restaurant Le Robinie in the Oltrepò Pavese region. The second one came a few years later at the Devero Ristorante and the Dodici24 Quick Restaurant in Cavenago Brianza. In the years that followed, his desire to face new challenges in food and business finally brought him to Milan, where in 2016 he opened the Ristorante Enrico Bartolini on the third floor of MUDEC, the Museum of Cultures in Milan, designed by British architect David Chipperfield.

A highly prestigious showcase for an important beginning which would soon prove to be replete with further conquests: here he would earn two more stars. Shortly thereafter Bartolini inaugurated the Casual Ristorante in Bergamo Alta, took over the management of the restaurant at L’Andana, in the heart of Tuscan Maremma, opened the Ristorante Glam in Venice. At the end of 2017 came the Ristorante Cinque inside FICO Eataly World in Bologna, the largest agri-food park in the world, with a comprehensive plan designed by Thomas Bartoli, head of Eataly Design, and projects by Carlo Ratti and Limiteazero. The next step will be, at the end of March, the inauguration of the Locanda del Sant’Uffizio, in the area of Monferrato. 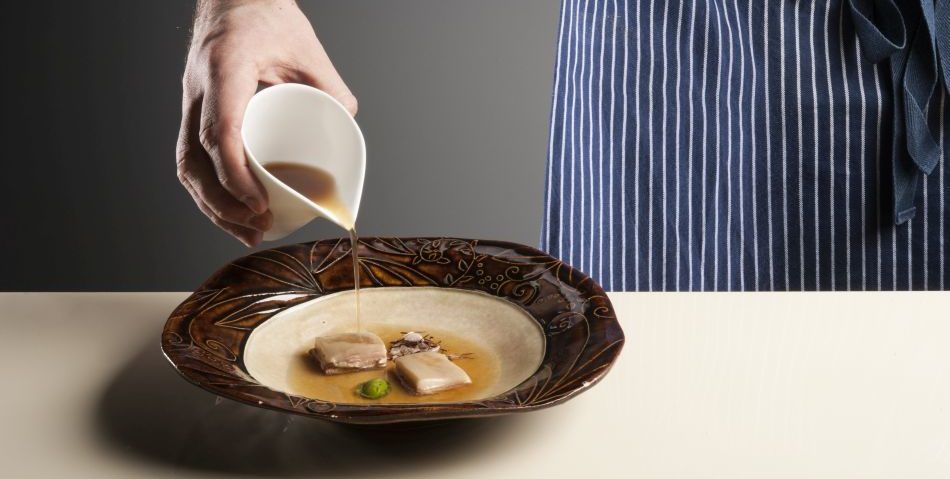 Now the number of restaurants is significant, and to optimize their operation, Bartolini, who manages the one in Milan personally, has surrounded himself with a team of trusted chefs, each of whom takes into account the concepts of biodiversity and the relationship with the territory. This is a characteristic that makes each restaurant unique, and is the heart of the business model: “Biodiversity is the rule of our activities and it is in our interest to represent the richness of our territories – explains Bartolini. In Venice for example, the restaurant features a cuisine that is not in the Venetian tradition, but it is entirely reinterpreted with local ingredients”.

The success of Bartolini, who collaborates with Skelmore Hospitality for the Roberto’s restaurants in Dubai and Abu Dhabi, and with Dining Concepts for Spiga in Hong Kong, lies in the competence and balance with which he addresses tradition and the contemporary age. The distinctive trait of his dishes is a synergy of flavours that is reminiscent of the former, but also offers the suggestion of new food experiences.

I love traditional cuisine and when I taste one of our grandmothers’ dishes, I am in ecstasy. Fortunately however, our cuisine is lighter now and our taste buds more sensitive to the origins of flavours and ingredients; so while tradition is an ancient culture, it may be respected and preserved today, but improved in terms of taste and ease of digestion.

This is true for example in the restaurant in Bologna, where following the logic of biodiversity, “Cinque interprets the traditions of the past and the trends of the present – continues the chef. A conscious and responsible use of ingredients (most of them from the Farm Factories in the Park), espouses a philosophy of food that is based on tradition but reinterprets it in a lighter and more modern way”.

Another fundamental ingredient in the “Bartolini” formula derives from the interaction between the advice of his architects (Thomas Bartoli, Franco Costa, Stefano Guidotti, to name just a few) for his restaurants and his way of understanding space. And then there is his dream: “For every dish that is served at the table, we would need a different context, but this philosophy is very hard to enact”. Never say never. 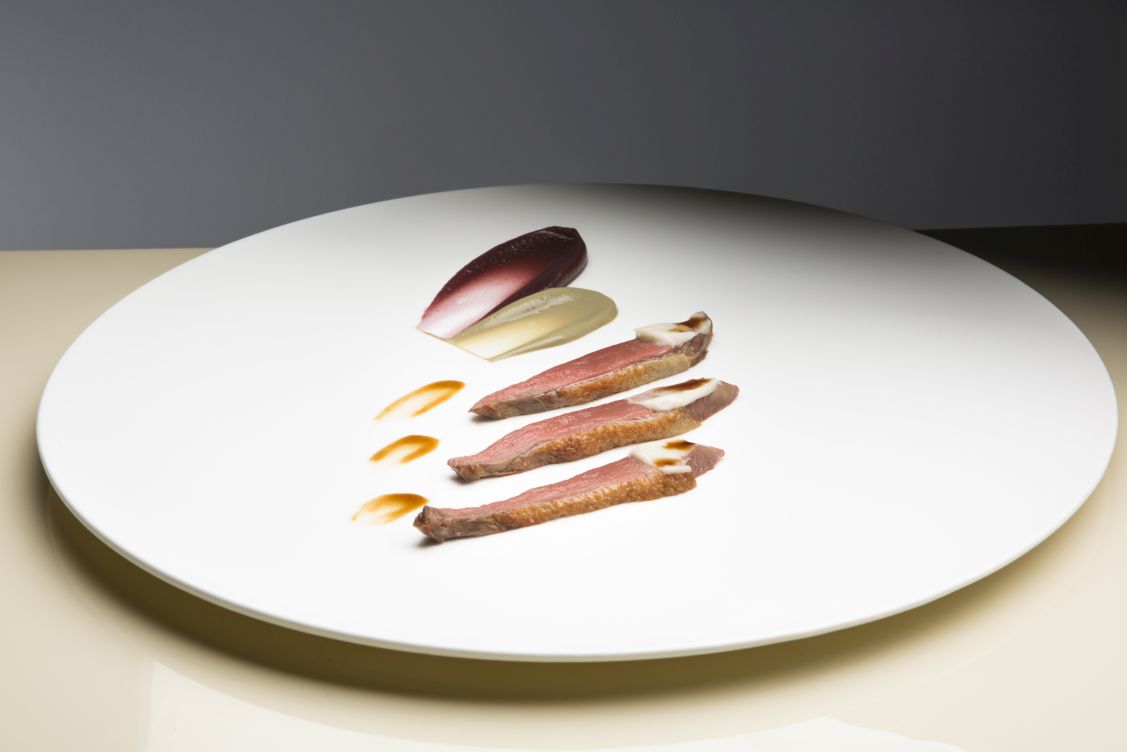 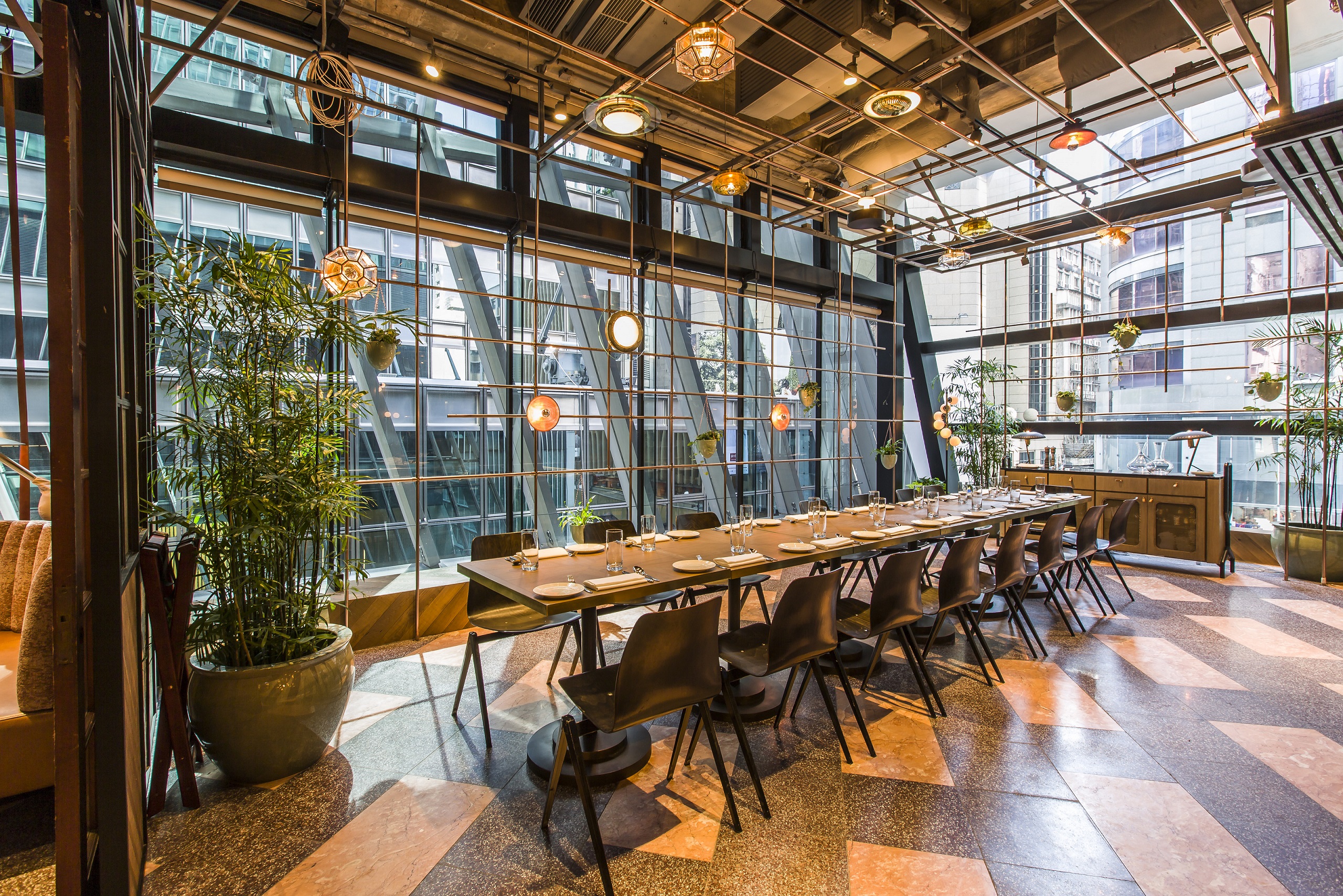 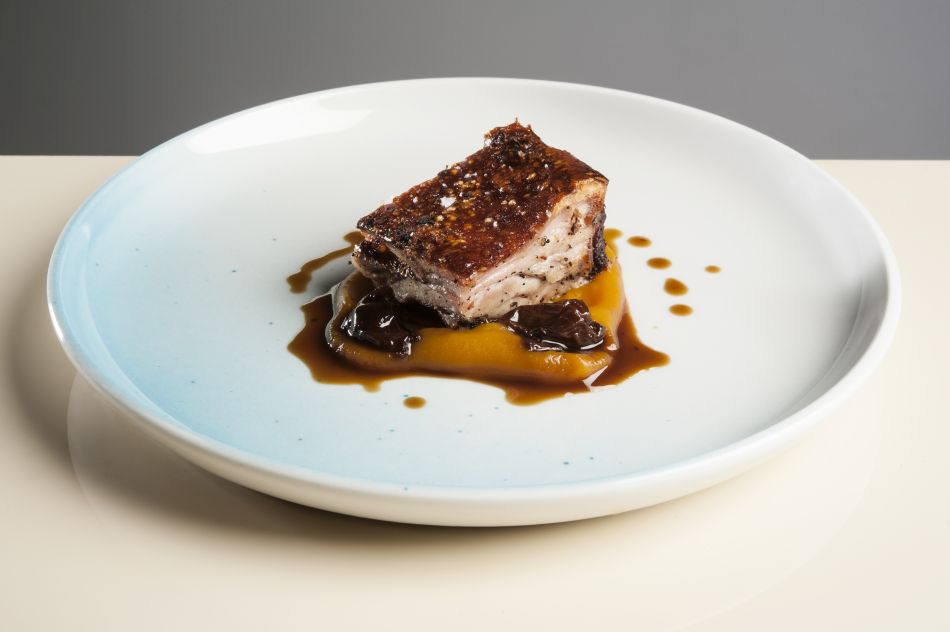 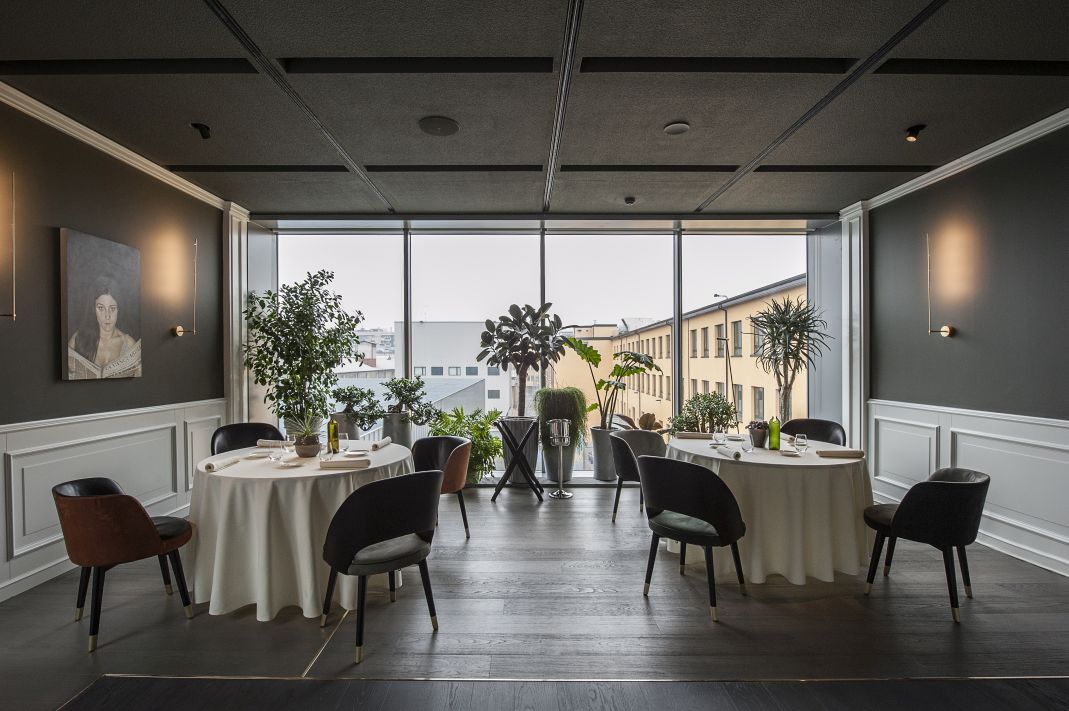 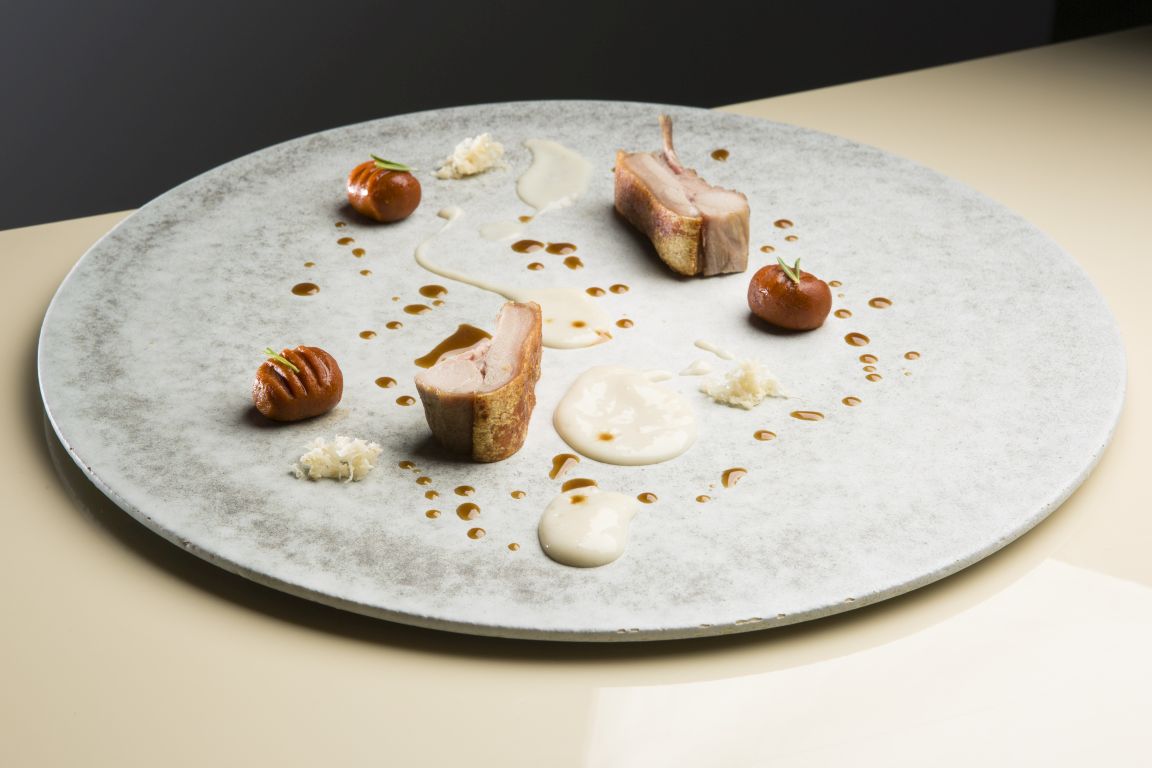 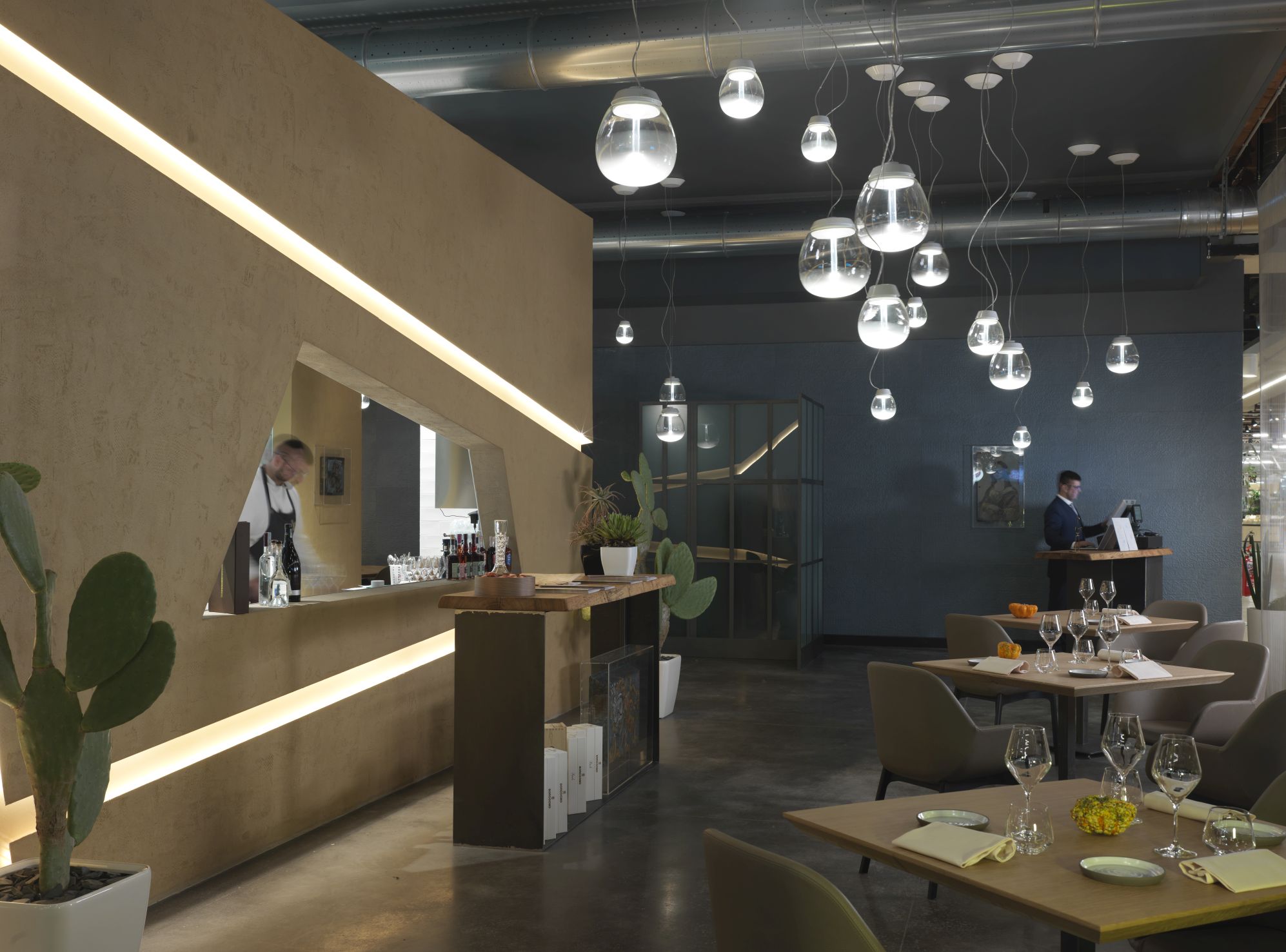 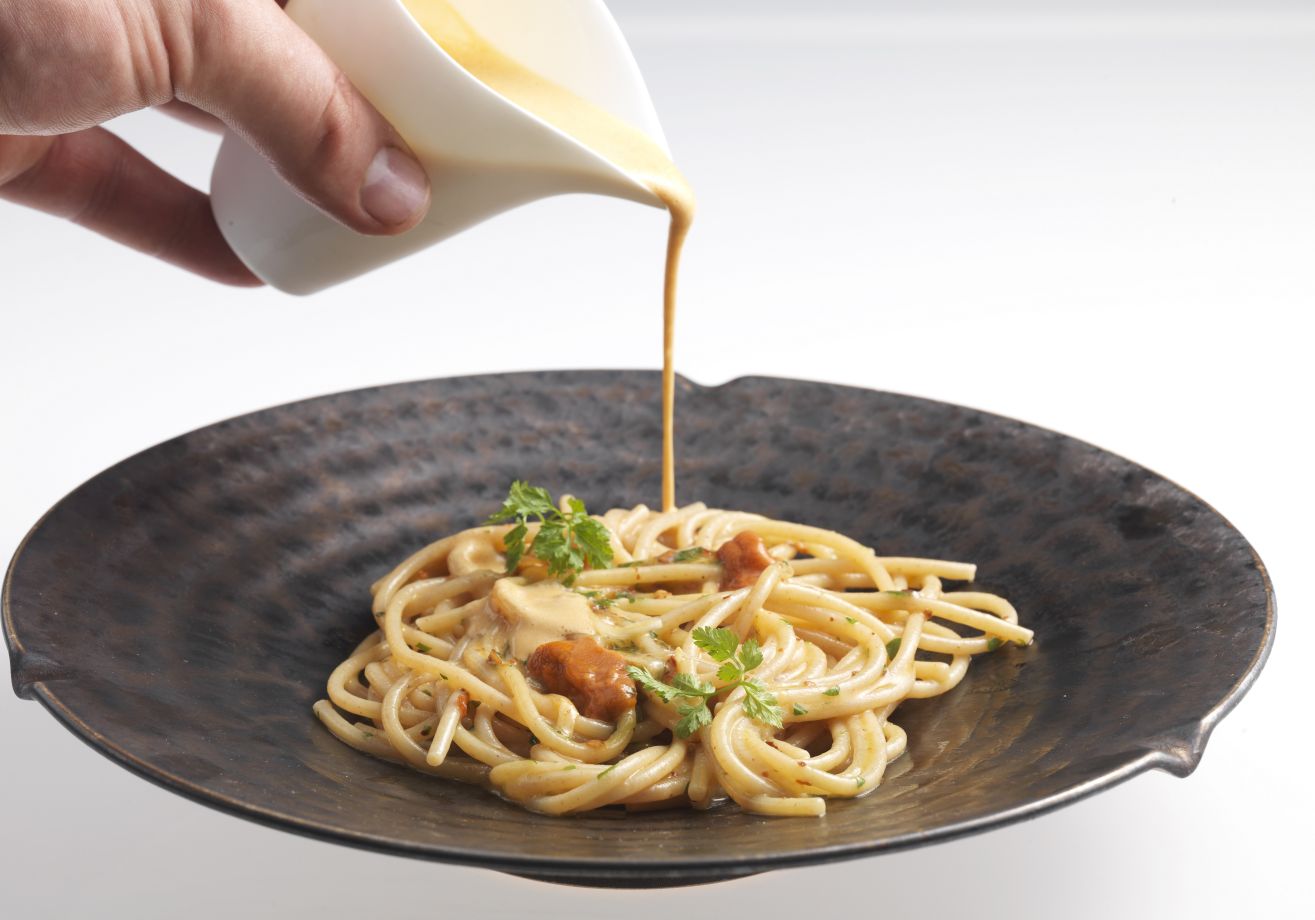