“Neither, nor” is the title of the exhibition the star of which will be the public, as it defines new itineraries and interpretations with each visit 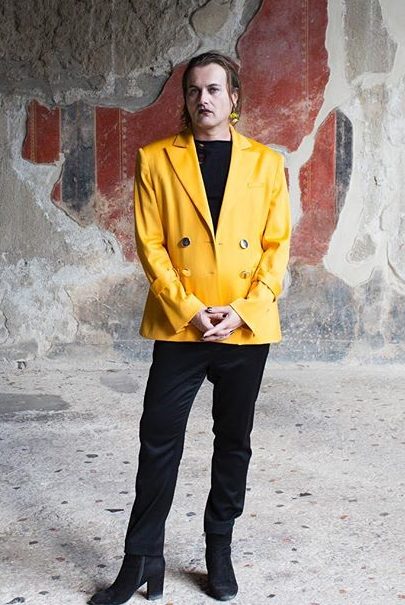 Talent, creativity, aesthetics. Three elements without which art could not exist, at least not as we know it.  This one word embraces a group of activities that are extremely complex and varied, and there are few events in the world that can boast an exhaustive, though not absolute, presentation. One of them takes place regularly in Italy and is now in its 58th edition.

We are obviously talking about the Biennale Arte in Venice, a six-month event that at the global level is one of the most significant opportunities to explore and narrate contemporary art. This year the doors of the Arsenale in Venice, which is also the venue for the Architecture Biennale, will open from May 11th to November 24th 2019. But like every year, the highlight will be the national pavilions, treasure troves in which the participating Countries exhibit the work of renowned artists who can awe and enthrall the visitors. Like in every edition, there is great anticipation for the Italian pavilion, which this year was curated by Milovan Farronato, a well-known figure on the contemporary art scene who works primarily between Milan and London.

The title of the exhibition in the Padiglione Italia? Neither, nor: The Challenge to the Labyrinth

«Venice itself is a labyrinth, explained Farronato during the presentation of the Italian Pavilion which took place yesterday in Rome. Over the centuries it has fascinated and inspired the imagination of so many creative artists, including Jorge Luis Borges and Italo Calvino. The city, the indisputable map centre of the Renaissance, was described by Calvino as a place in which maps must constantly be redrafted, given that the boundaries between earth and sky are always changing, making the spaces dominated by uncertainty and variation. And it was just such an unpredictable context that gave life to Neither, Nor, a show in which the works on display, which interact among themselves and with the exhibition design, constantly generate new itineraries and interpretations, branching out like a mycelium».

game-book, the visitors will choose their own itinerary inside the Padiglione Italia. Starting at the very entrance, which offers two opposite accesses, the public will have to face the consequences of their personal choices, which will lead them to experience emotions such as doubt and indeterminacy, both fundamental elements of knowledge. A veritable labyrinth, in the exhibition of the works by three Italian artists who have many points of contact and divergence between them: Enrico David, Chiara Fumai and Liliana Moro. The cultural programme of the Pavilion is completed by a series of talks with the participation of David, Moro and Professor Marco Pasi. Most of the sponsors come from the worlds of fashion and luxury. They include Gucci (the main sponsor along with FPT Industrial) and Nicoletta Fiorucci.

The many points of contact between the curator’s vision and that of the Biennale itself were underscored by the institution’s President Paolo Baratta. «The idea of the labyrinth, which can lead, along various routes and interruptions of itinerary, to the difficult search for a way out, fits well with the idea of a Biennale that offers a myriad of opportunities to those who walk through it, open doors and of places of desire, fascinating and disorienting at the same time, where getting lost is not the worst of sins.»

Cover photo: rendering of the entrance to Padiglione Italia