A synthesis sought by chef Sergio Herman based on an unusual combination, with dishes from our tradition matched with oysters and lobsters in a refined contemporary environment.

Le Pristine, Sergio Herman’s new restaurant in Antwerp, is an inclusive project, rich in cross-fertilization and interaction. This is because as its partners it has chosen Verso, one of Belgium’s most famous clothing brands, and Space Copenhagen, an architectural firm working in the Danish capital, as well as artists and designers, SH 19 (Herman’s creative studio) and a team ready to translate his new ideas into the finest of dishes. This is an experiment, for the Michelin-star chef who owns four other restaurants (The Jane in Antwerp, Pure C, AIRrepublic and Blueness in Cadzan), which aims at a plurality of voices working together to generate a multifaceted synergy.

It will feature a restaurant à la carte and a bar-coffee shop south of the town where Herman worked for twenty-five years in his family restaurant, Oud Sluis. And so the menu includes dishes such as Zeeland  mussels, gnocchi, nduja, artichokes, Summer oyster with Stracciatella, grapefruit, spritz ice, Ravioli with sea lavender, lobster, stracciatella and tarragon, strozzapreti, duck confit, mushrooms and summer truffle, to name just a few.

What led Herman to choose Italian cuisine as the protagonist of the encounter with the cuisine of Zeeland? «I truly appreciate Italian cuisine and, in particular, the quality of its products. And without showing any lack of respect for tradition, I wanted the food at Le Pristine to be different. How? By giving it my personal touch and using Zeeland’s finest products, such as oysters, lobsters, crabs and seaweed, we have created something else, while continuing to honour the brilliant cooking traditions of our peninsula». Another partner financing the project is the Dheedene family of Fashionclub70, an independent agent for various Italian high-fashion brands. 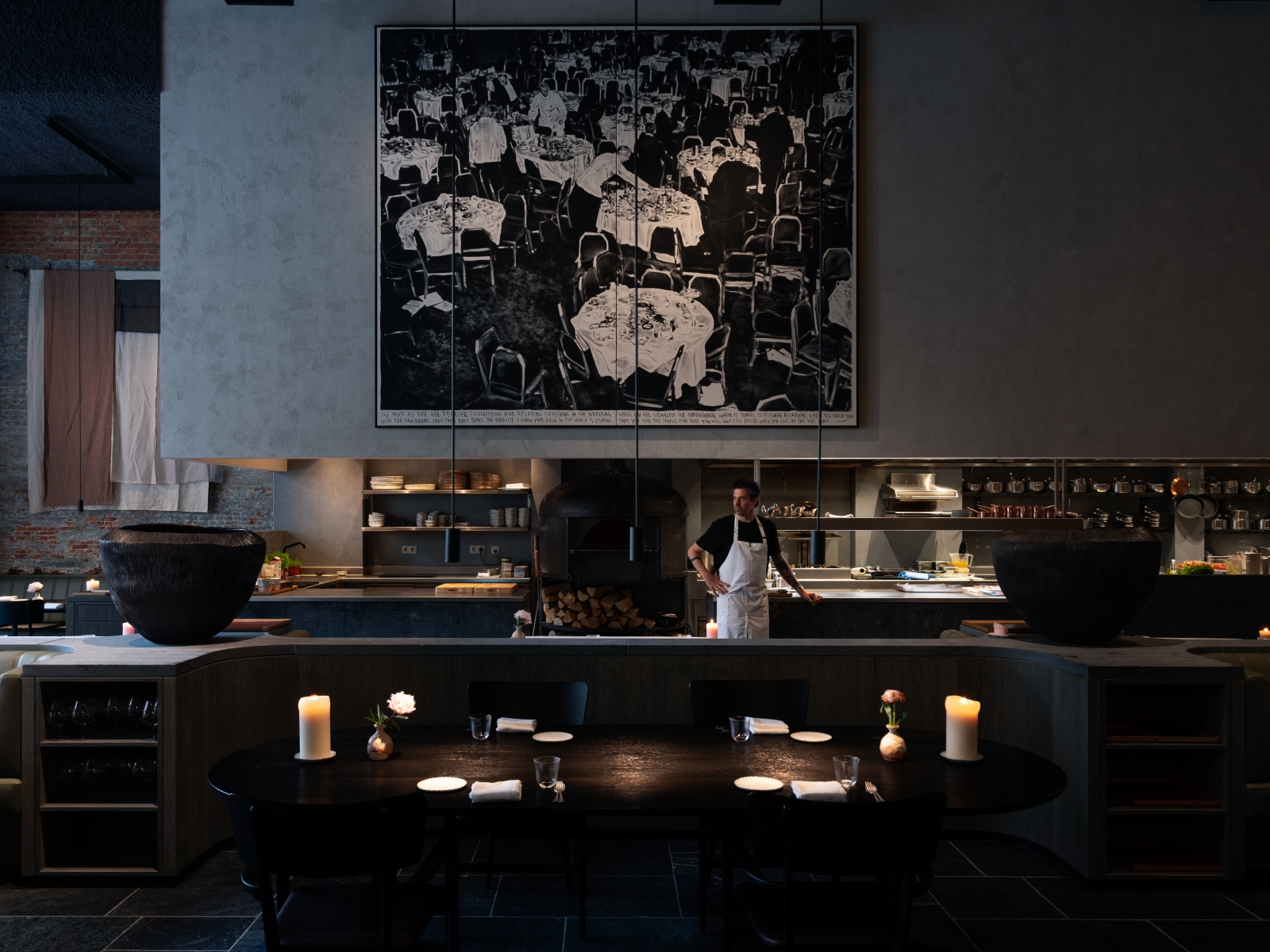 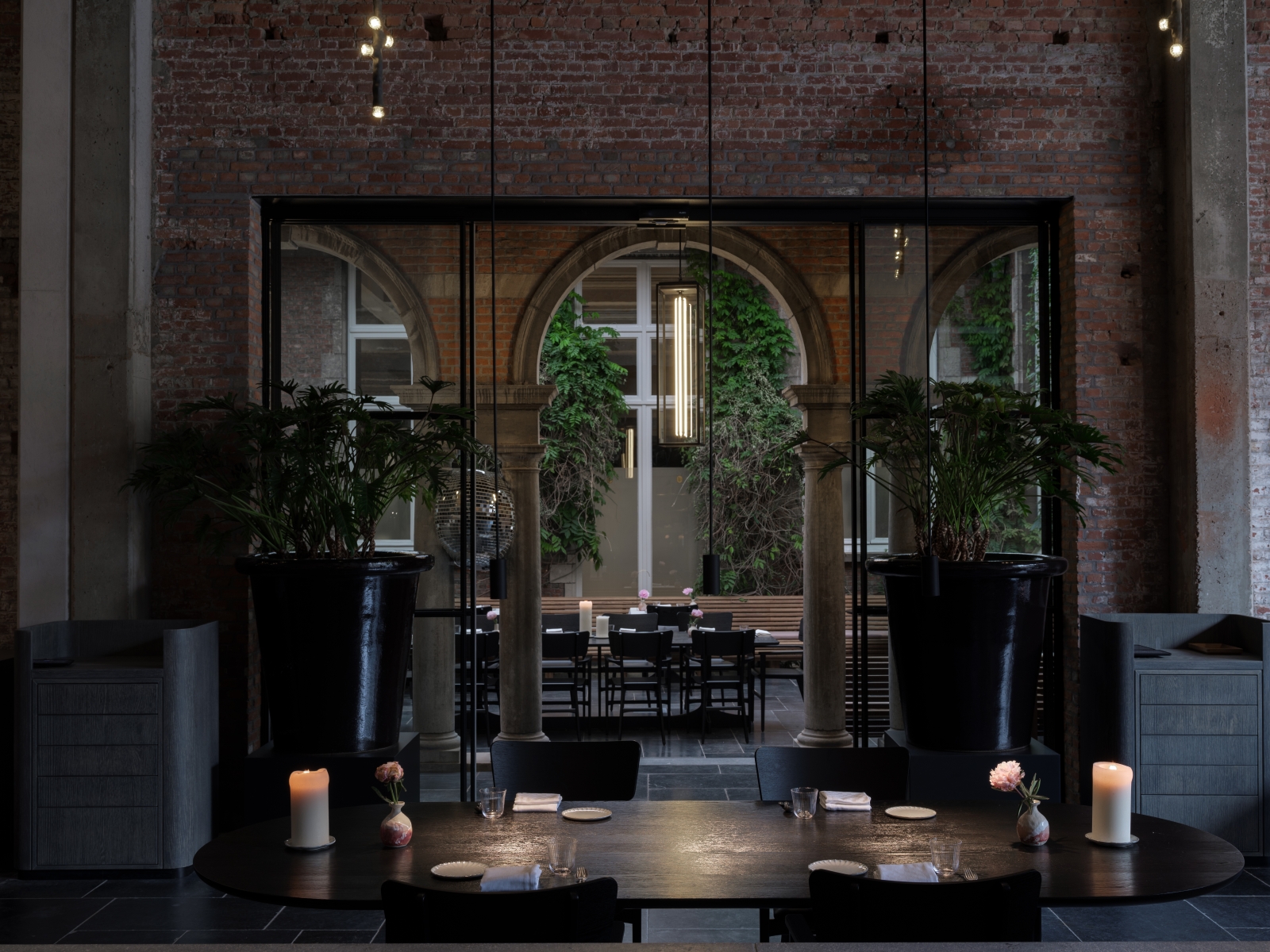 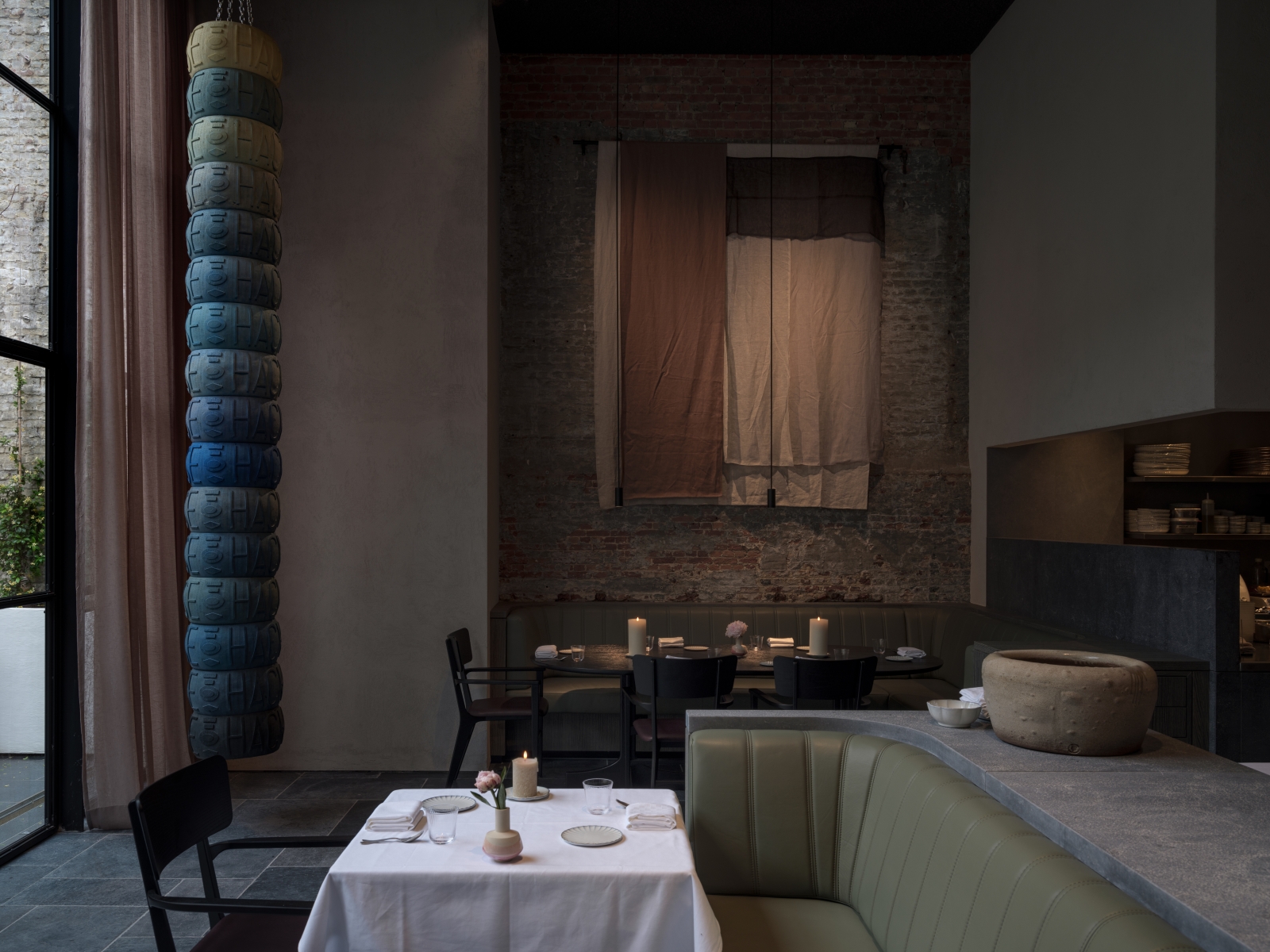 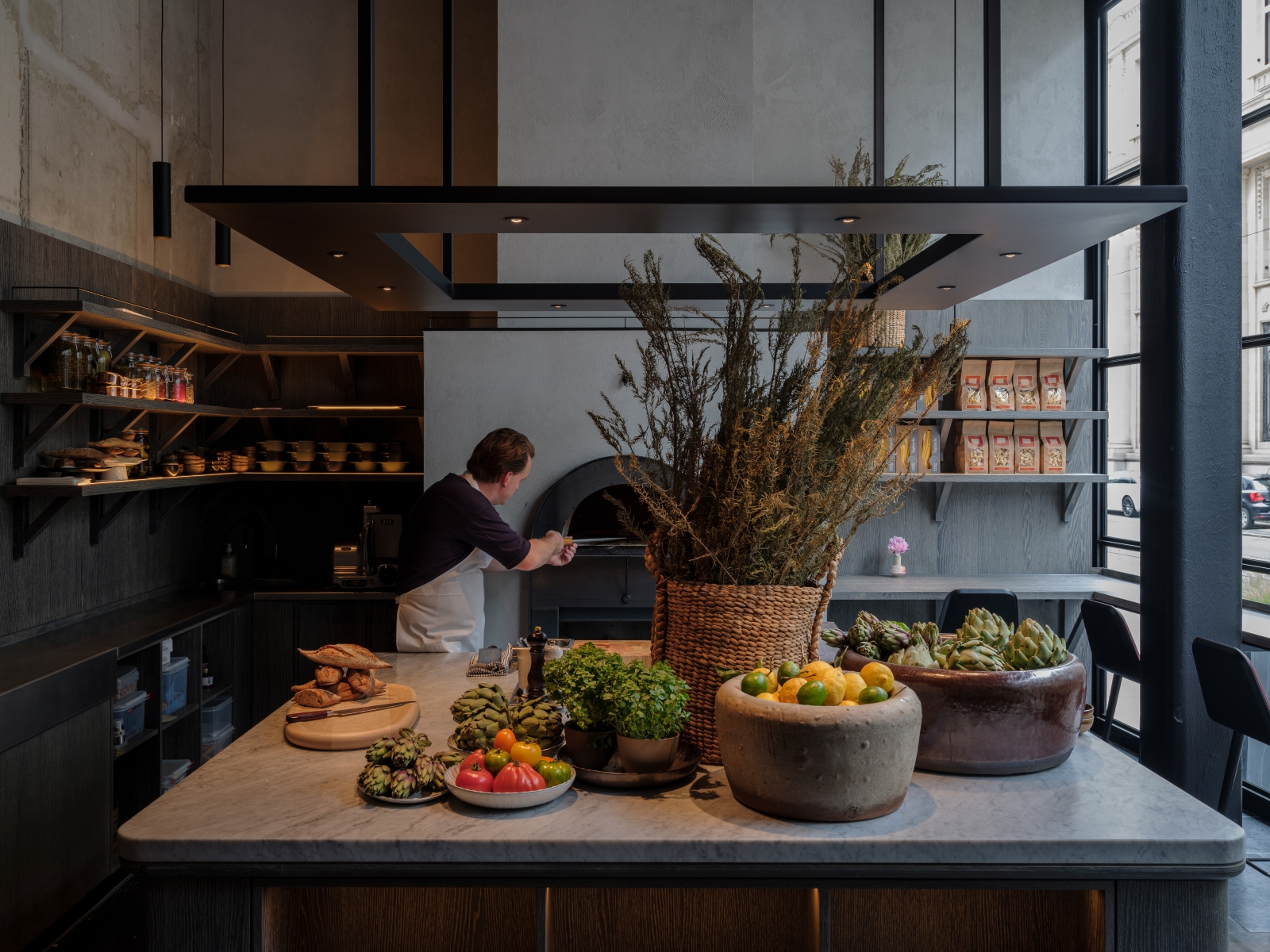 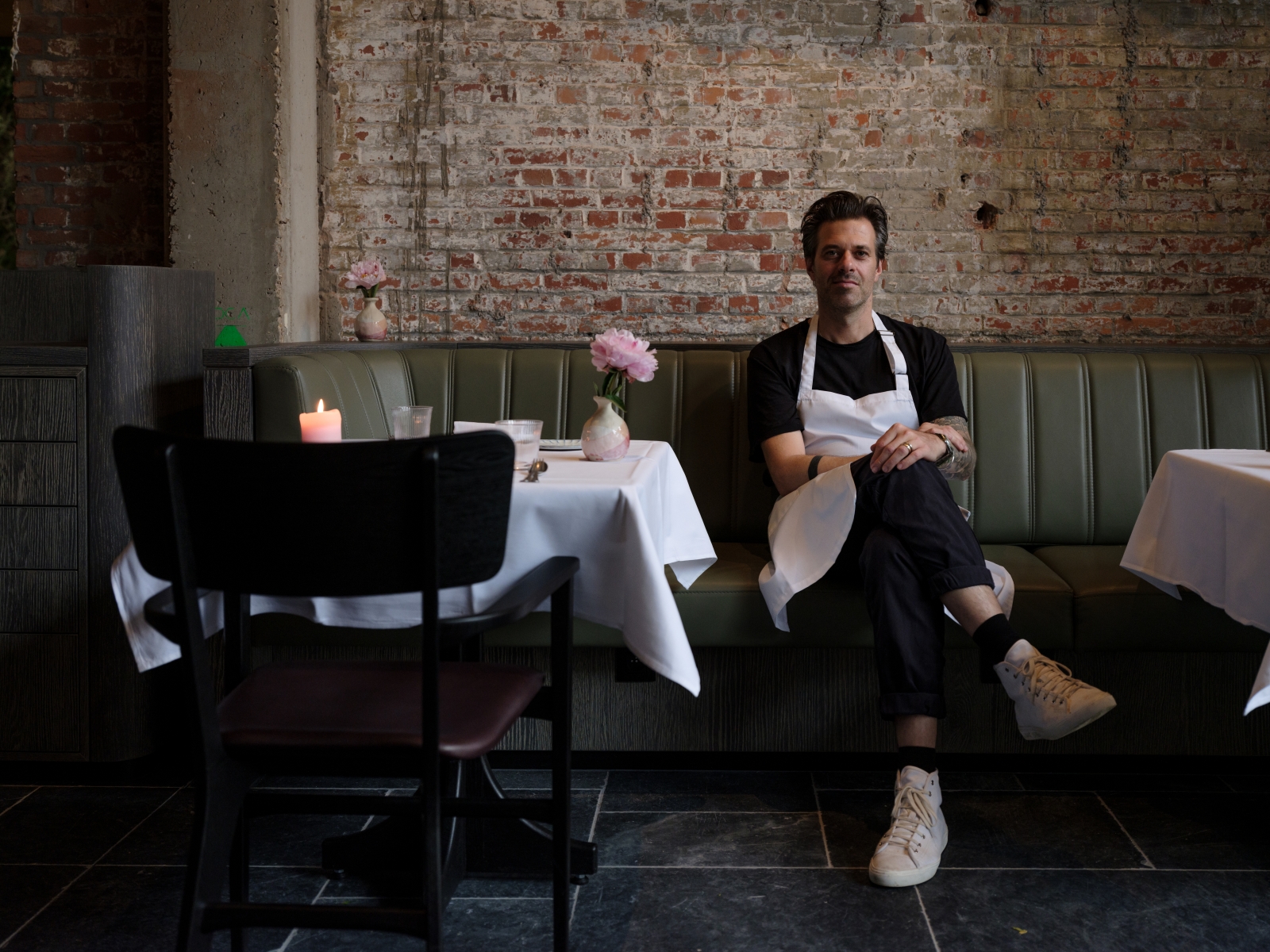 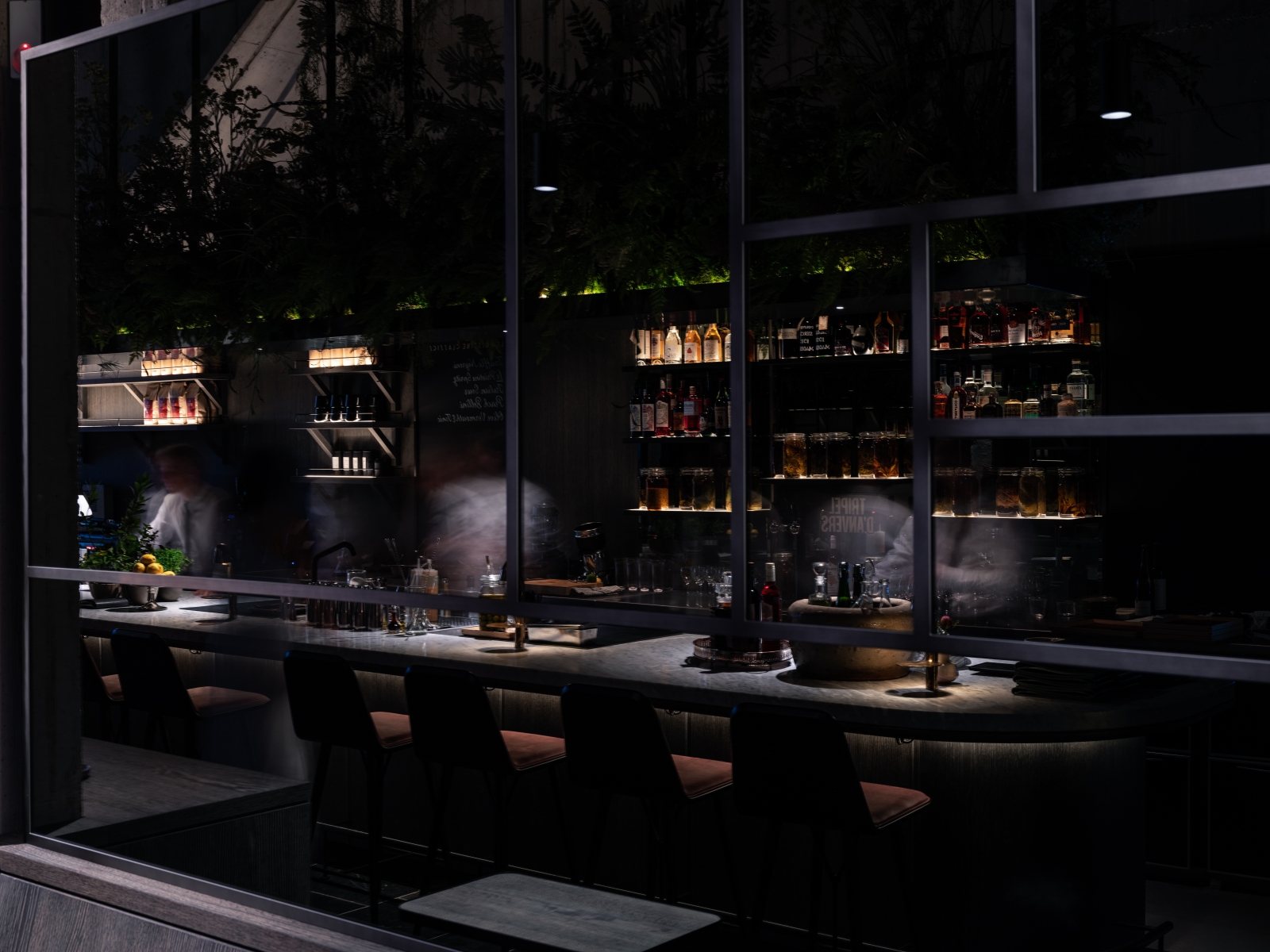 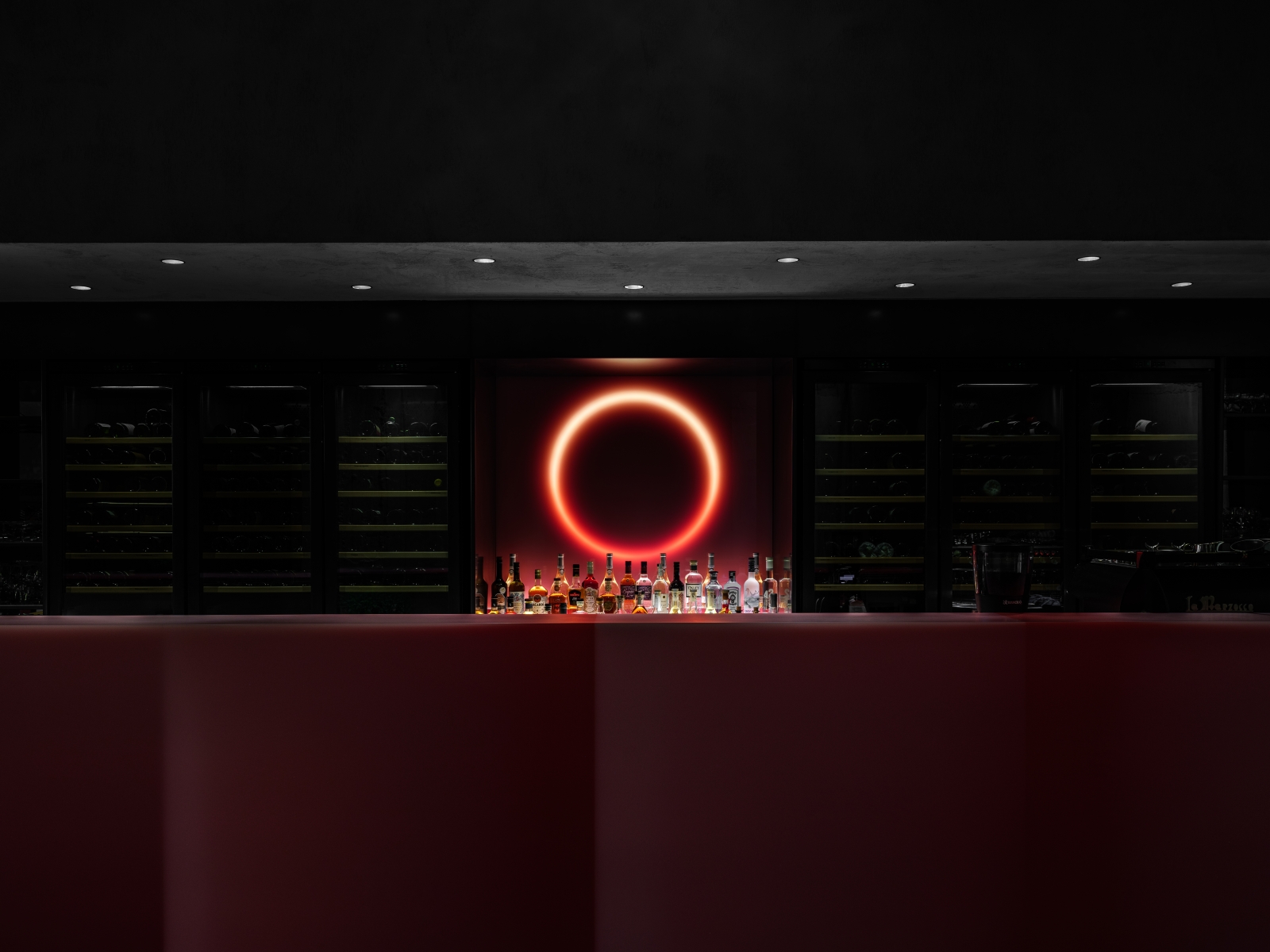 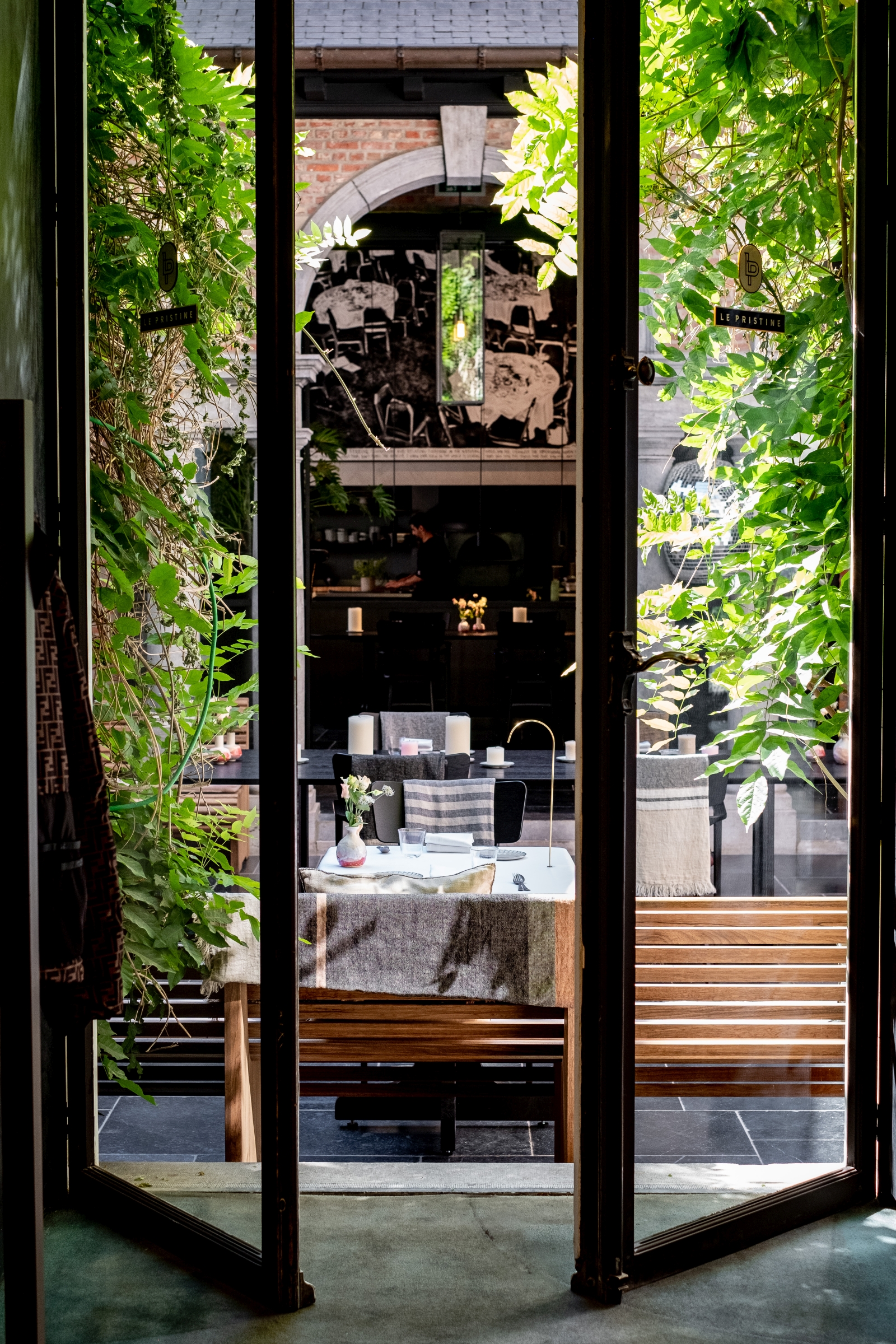 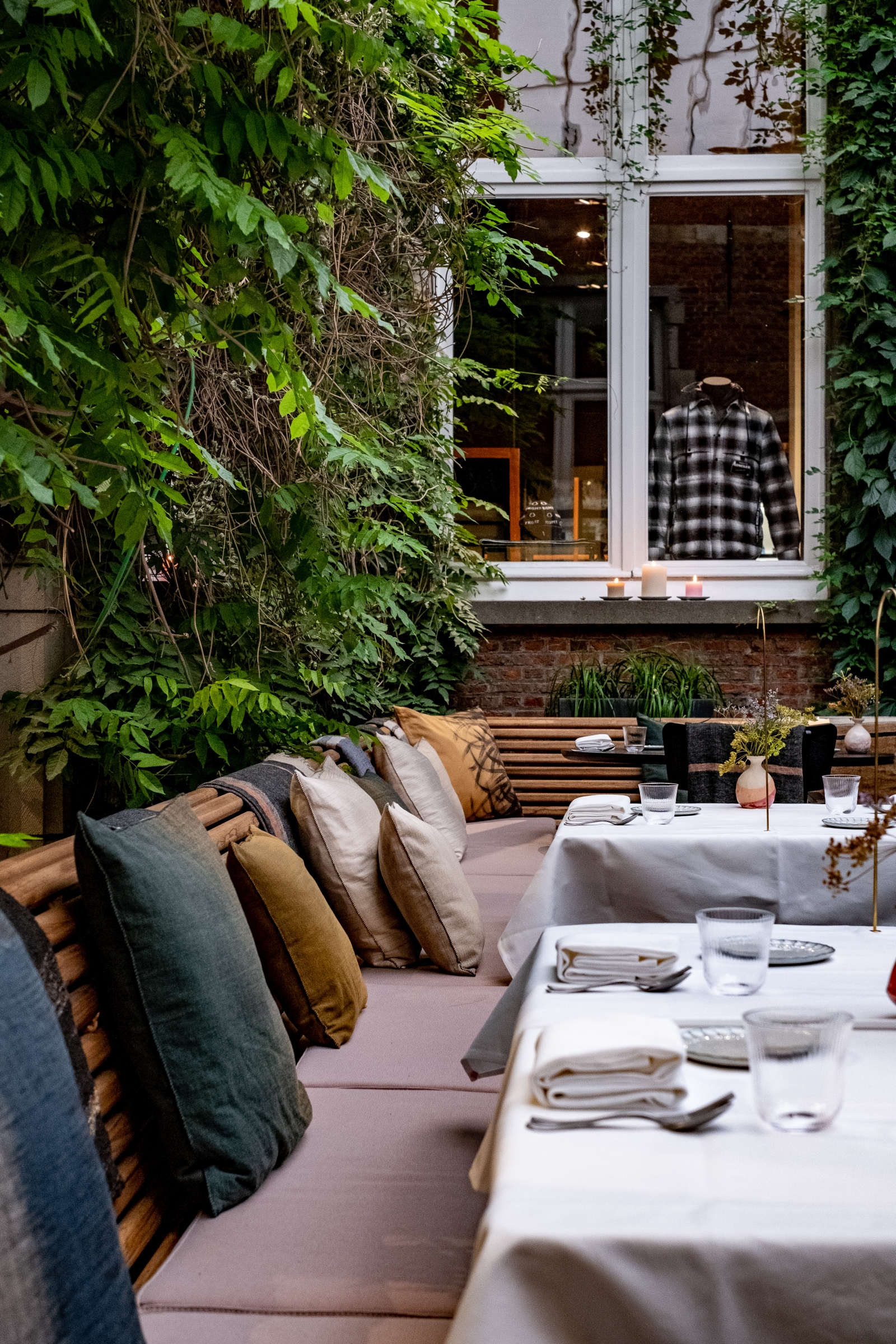 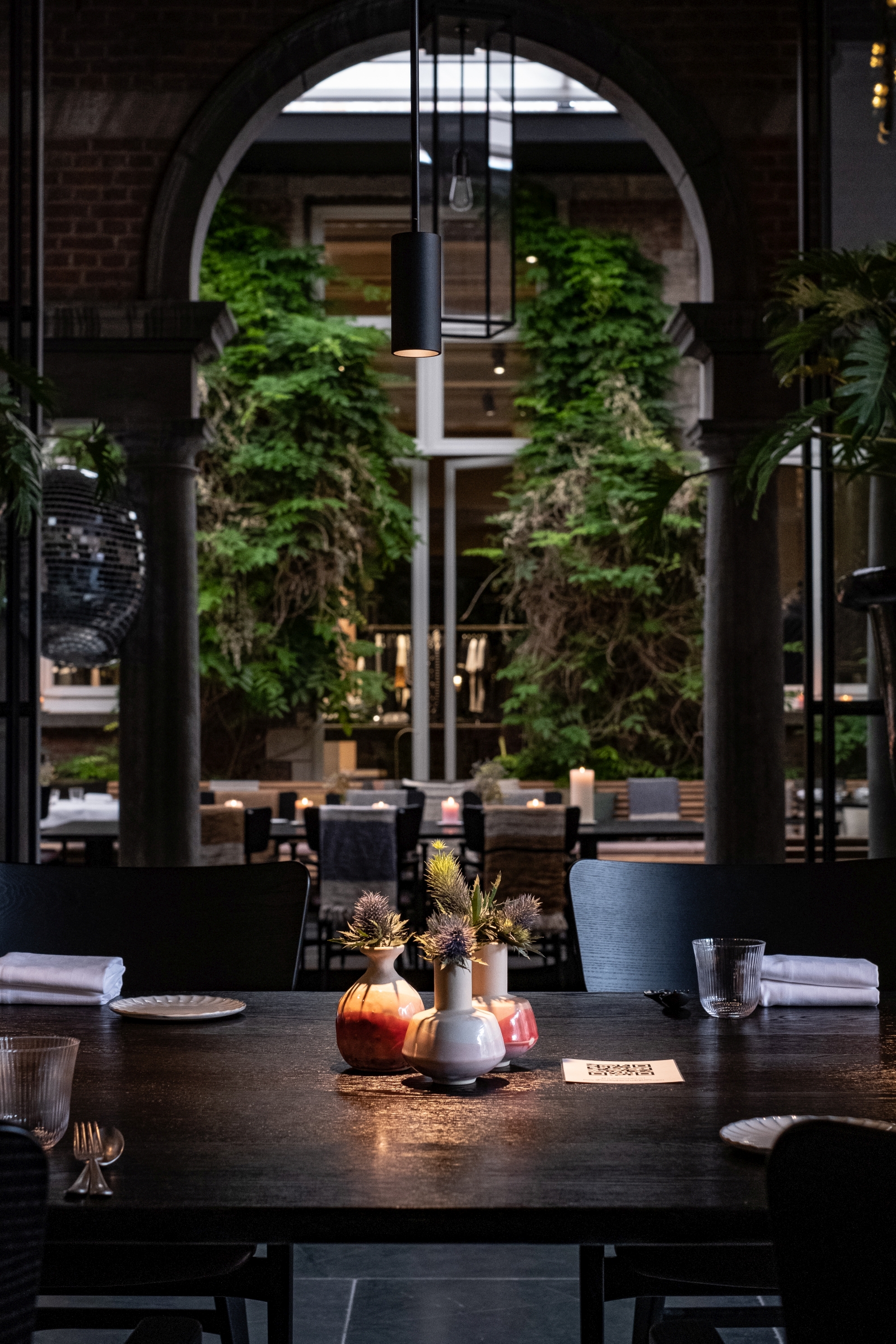 It is no coincidence that Le Pristine is located right next to Verso, one of the Dheedene family’s stores. The two together market a range of products such as essences for the home and scented candles, for sale in both places. Le Pristine’s team wears clothing by Verso. In particular, the chefs wear shoes and shirts designed by Herman with Verso’s creative team. Attentive to every detail of his project, for the interiors the chef and owner turned to Space Copenhagen, a Danish architectural firm. The restaurant is located on the ground floor of a modernist 1960s building, partially demolished, with some exposed structural elements. The courtyard of a nearby eighteenth-century Baroque building is also part of Le Pristine, providing an outdoor space for the restaurant in addition to a direct connection to the Verso boutique.

The designer’s intent was thus to retrieve the thread of memory, while creating a contemporary environment at the same time.

And so, by including exposed brick walls, columns and vaults, Space Copenhagen introduced a topical language, minimalist refinement within a warm atmosphere coloured in shades of brown, tending towards greys and black, reminiscent of the palettes of the Flemish masters. At the entrance is the Le Pristine Café, a space that features a traditional wood-fired oven used to make bread. Here Signe Bindslev Hendriksen and Peter Bundgaard Rutzou (the partners in Space Copenhagen) used a flooring with Belgian stone motifs and smoked oak woodwork to contrast the industrial steel beams and the cement imprint of a stair leading to the residential building above. In addition to cookbooks and Herman’s dried pasta, Le Pristine Café offers its own products under the label “Maison Le Pristine”, including Italian black taggiasco olives, tomato sauce and jars of pickled vegetables.

The restaurant, which features an open kitchen, has six-meter high ceilings and is adorned with local plants, and bathed in direct daylight from a large floor-to-ceiling window overlooking an ample garden. For the furniture, Space Copenhagen created a collection of custom tables and chairs such as the Antwerp Chair, designed specifically for Le Pristine and made by Fredericia, a Danish company that is one of the most renowned furniture manufacturers. 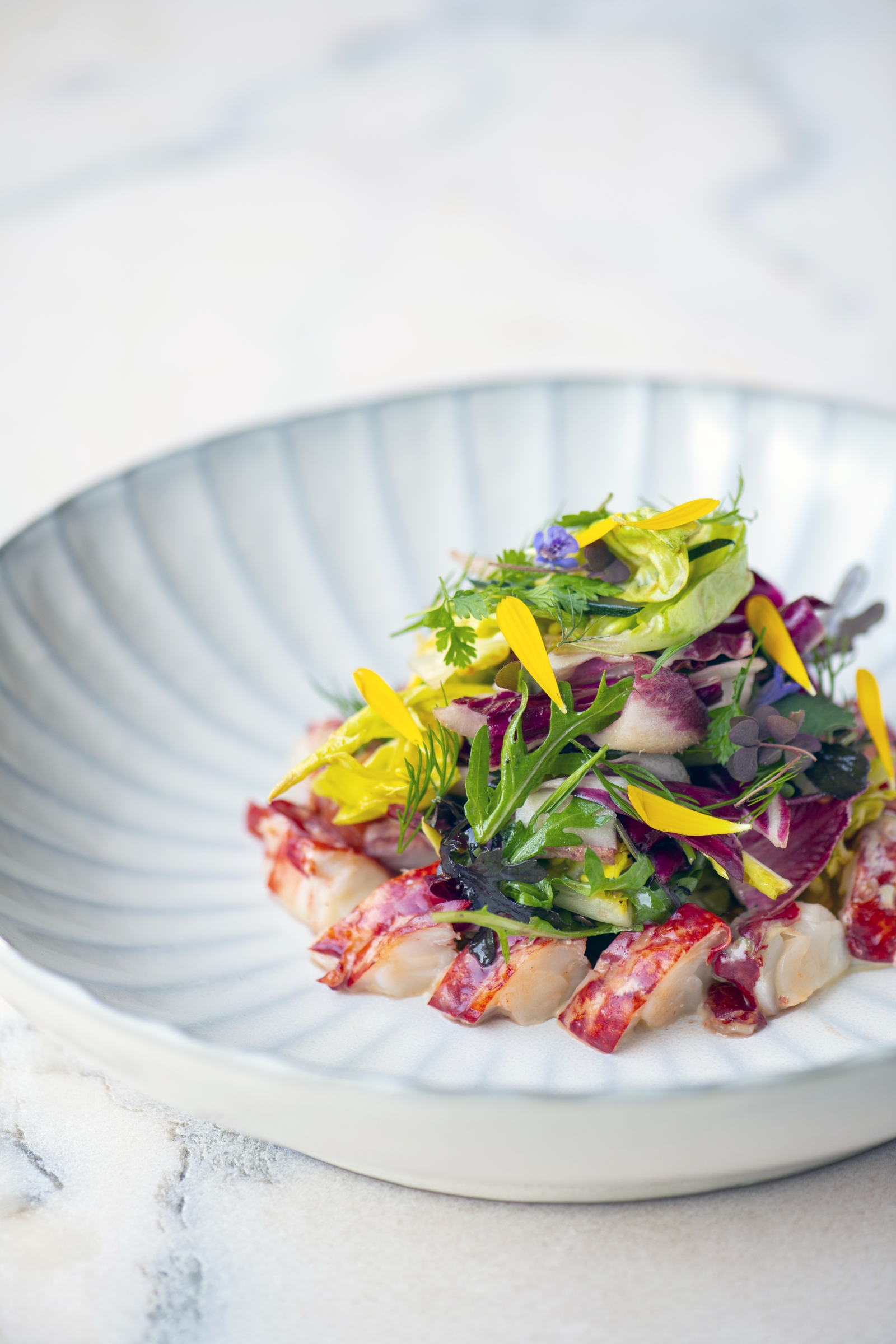 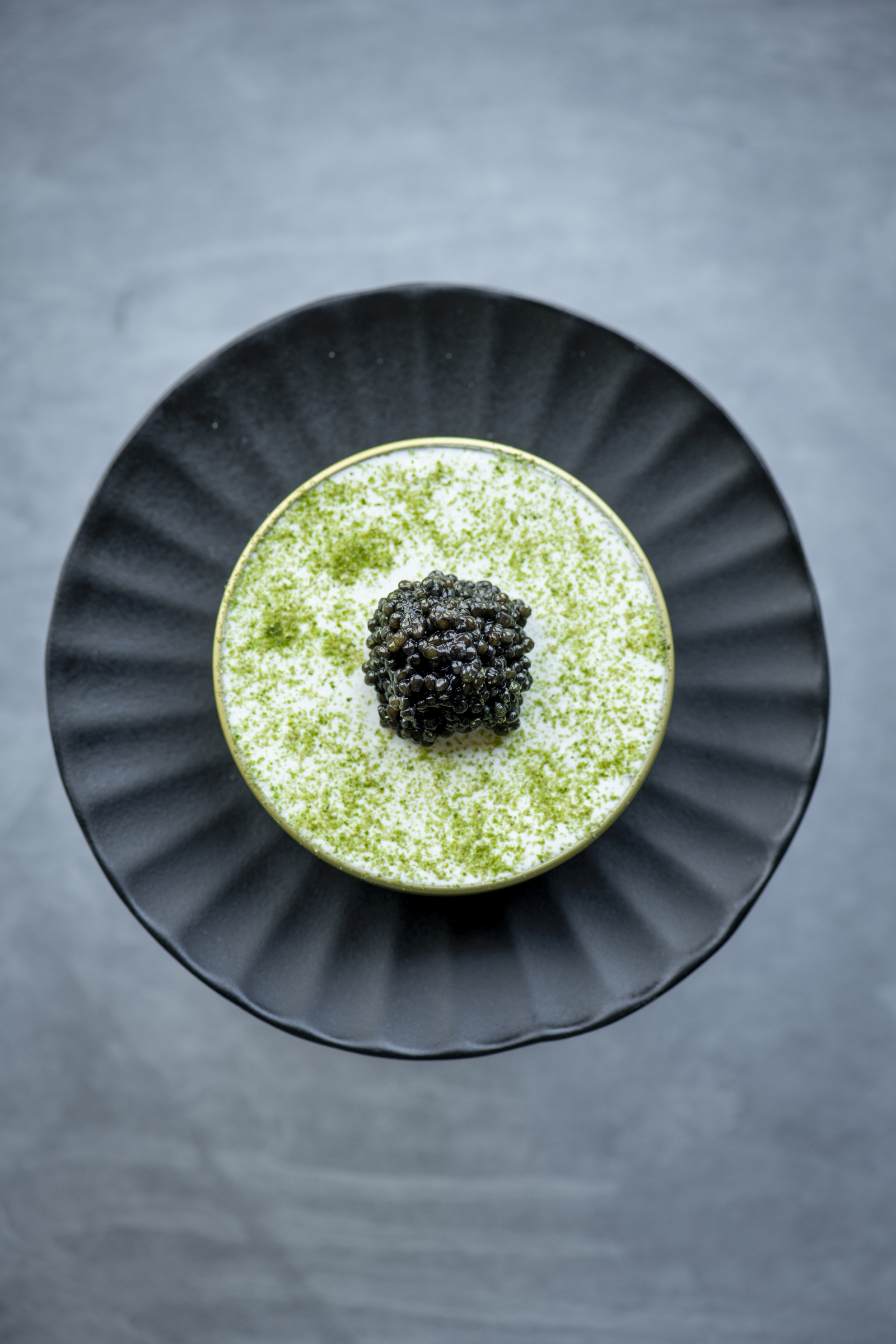 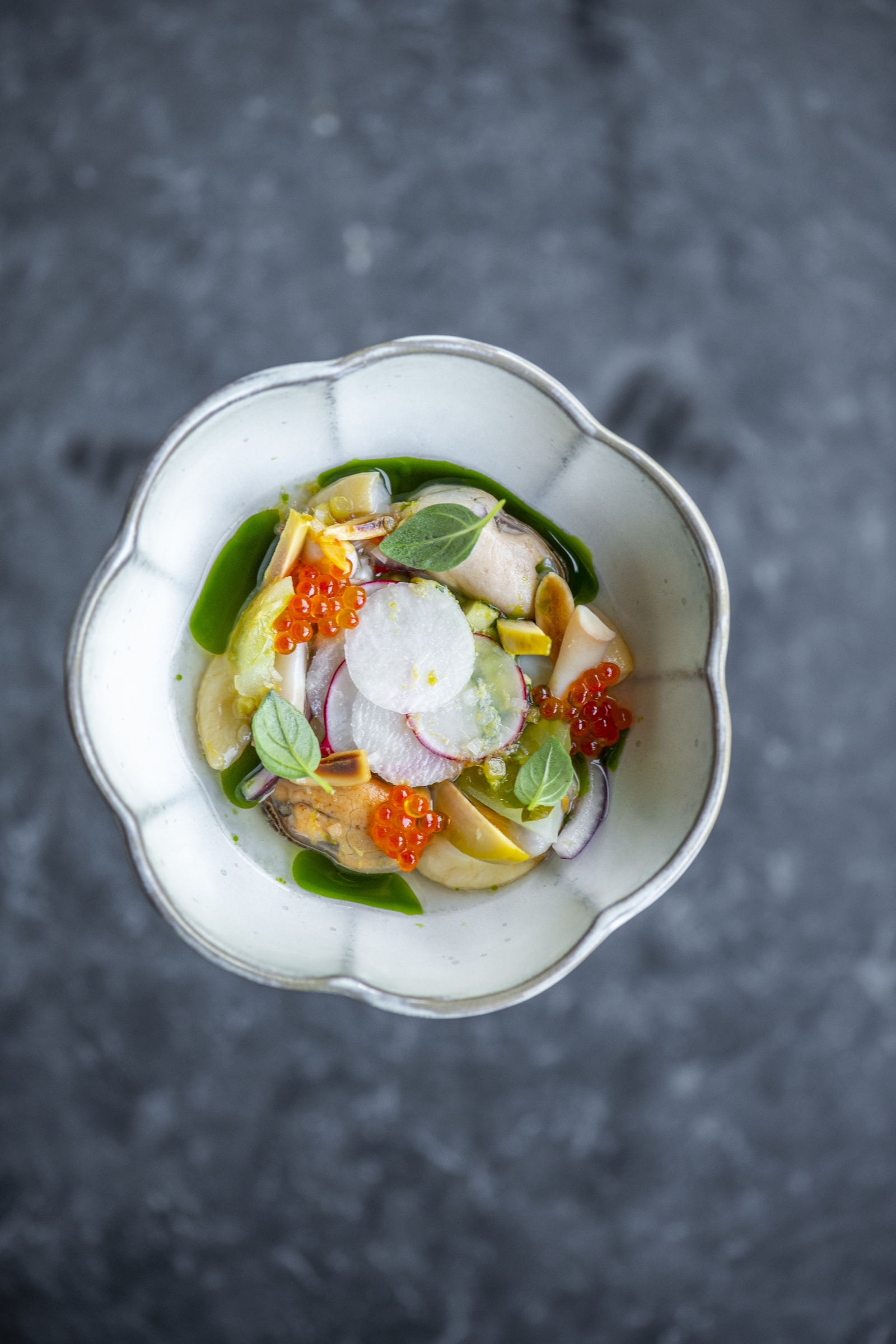 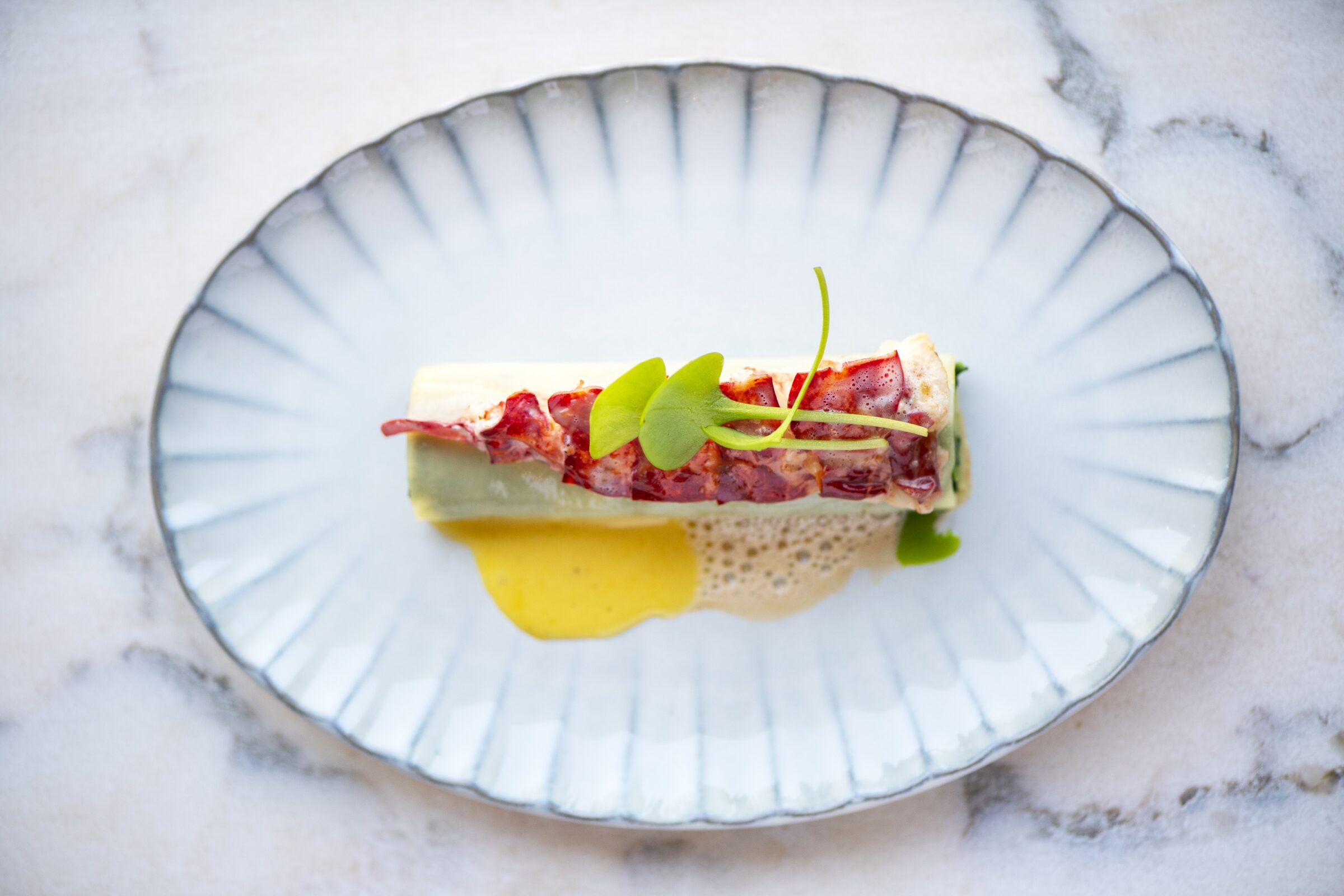 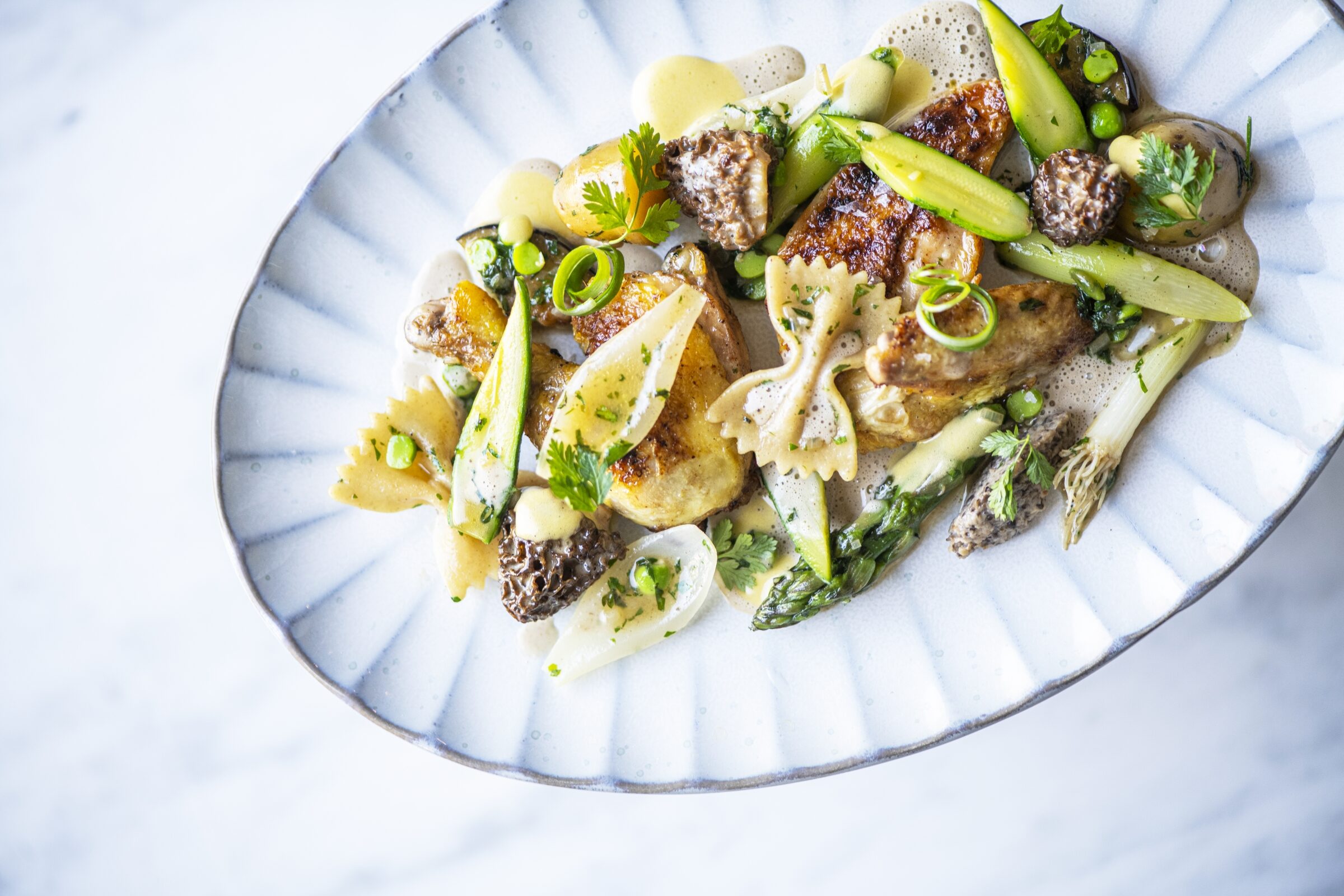 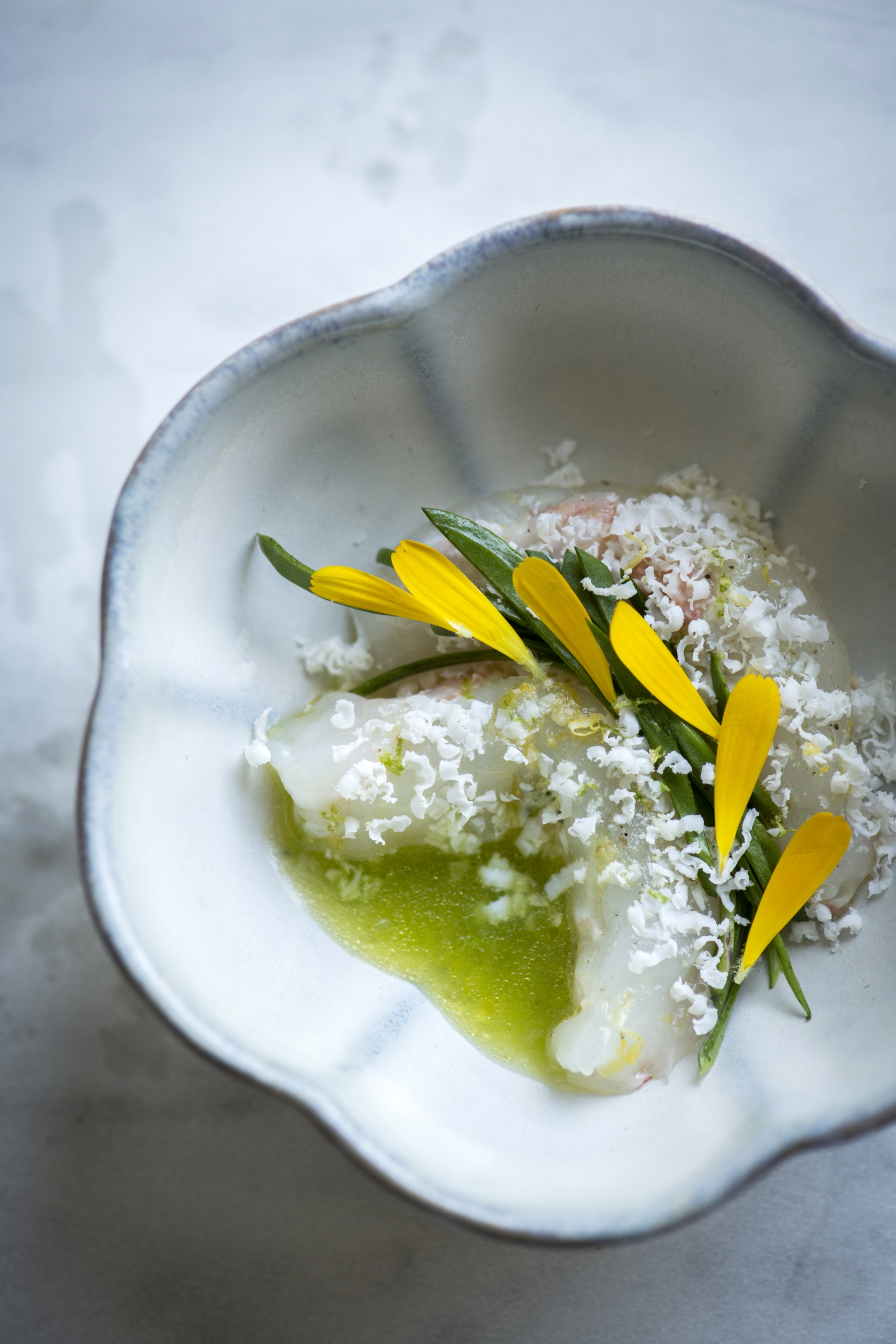 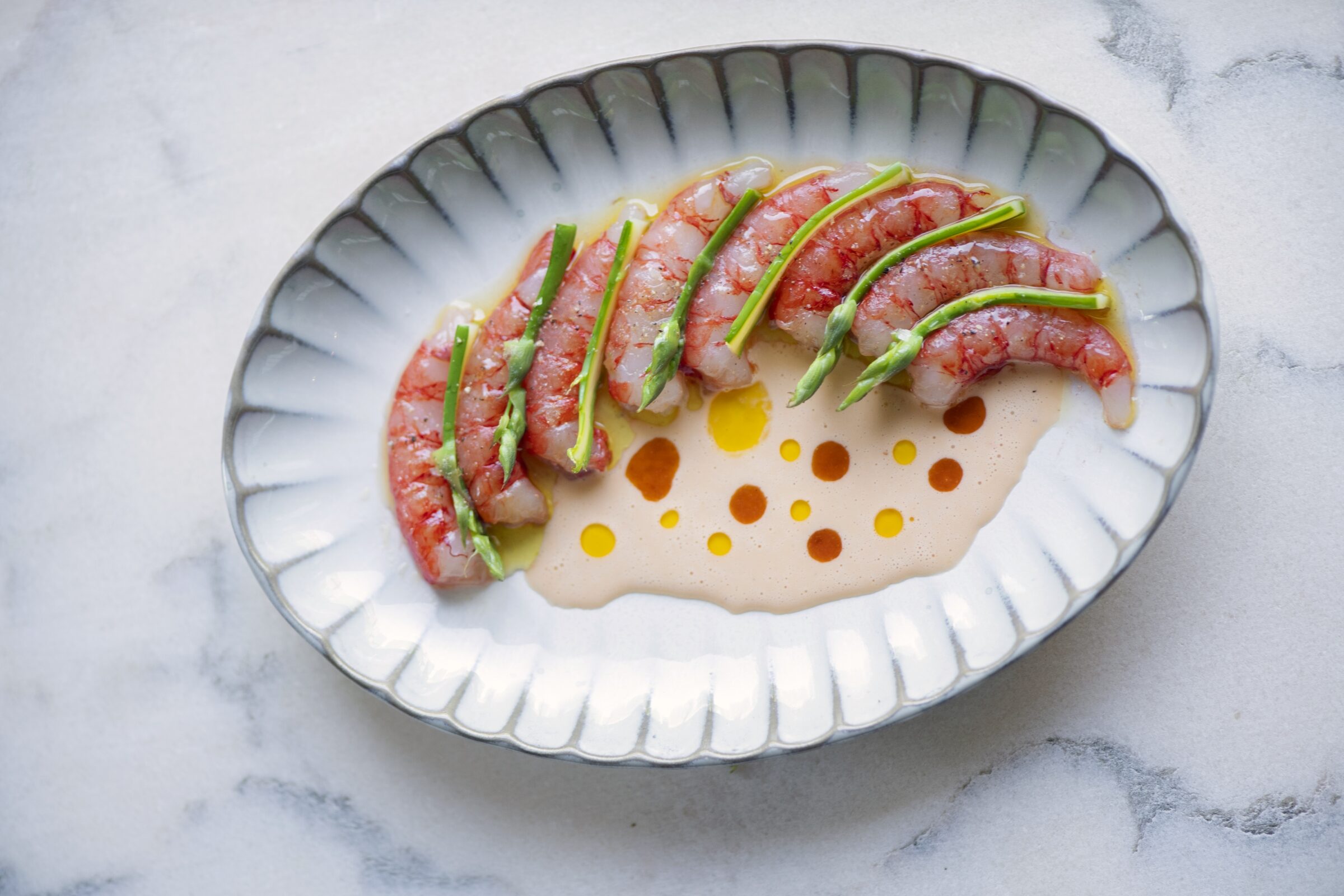 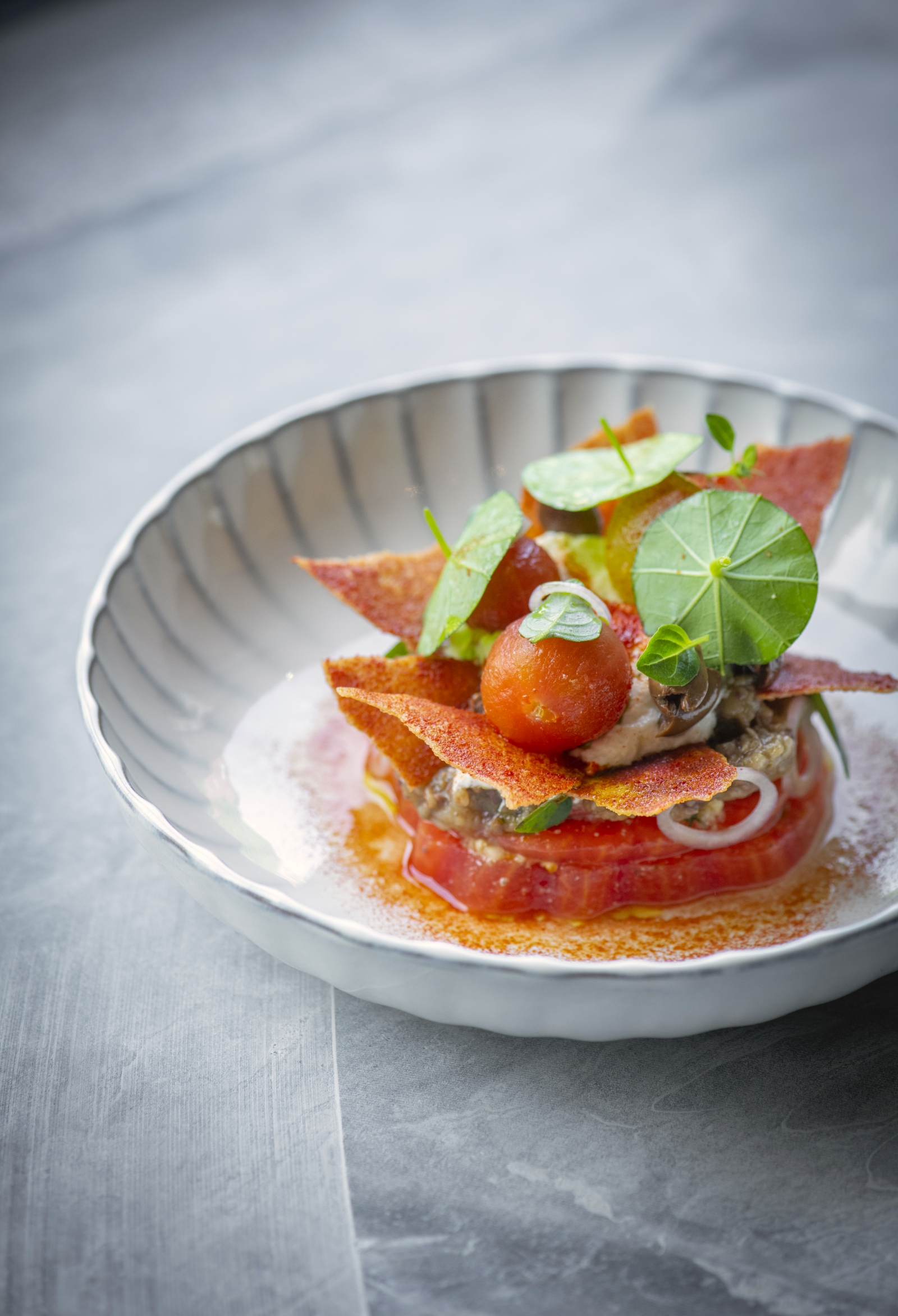 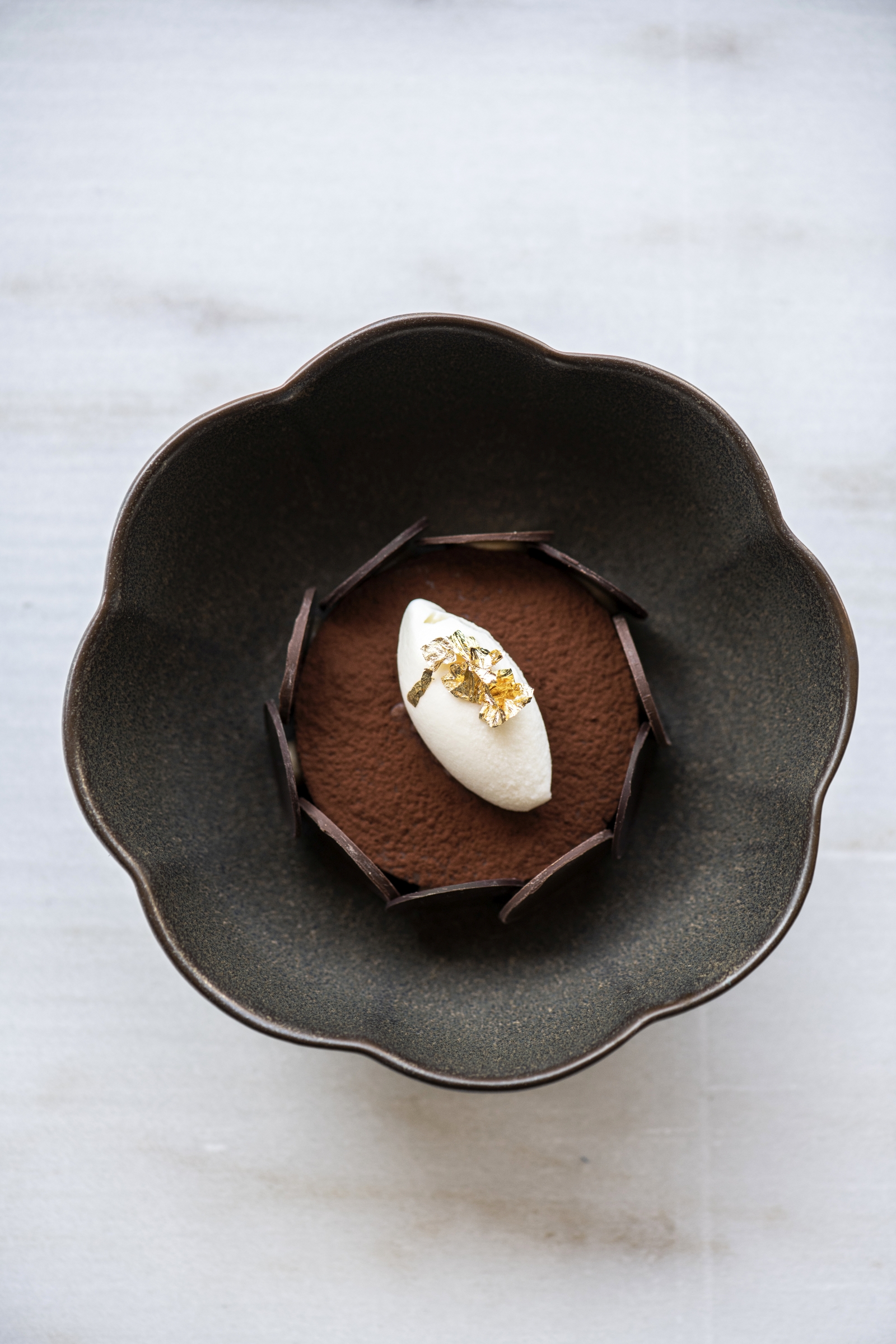 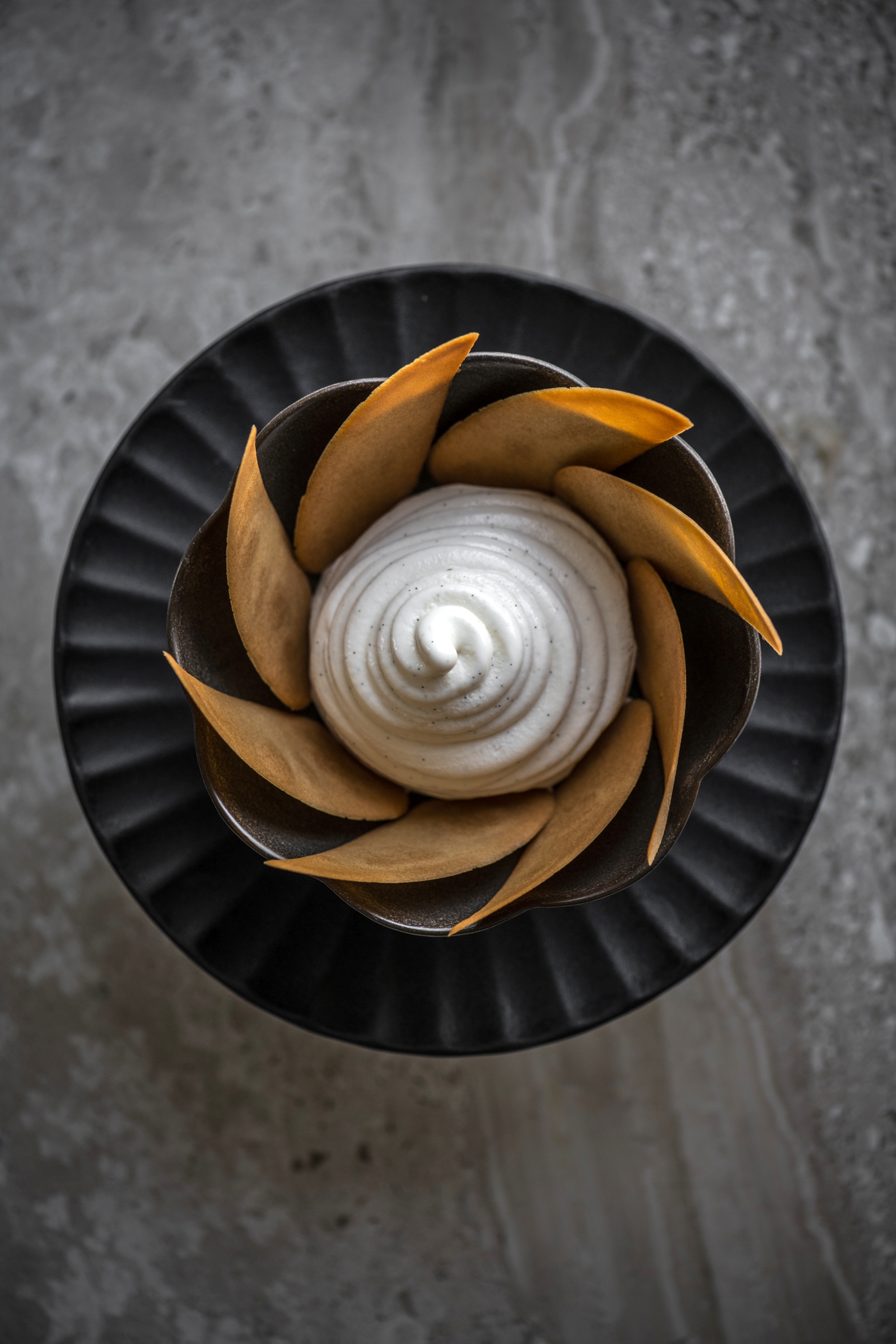 But is strong attention to design a factor that can influence a restaurant’s business? «Our work – emphasize the architects – is based on a sincere dialogue and constant interaction with our client, with an attitude open to suggestions. The inspiration then is often mutual, and in the case that one line of thought is stronger than the other, the design and the business model crystallize in their final form throughout the process of creating the space».

The Belgian linen tablecloths and napkins, designed by SH19 and produced by the Flemish company Verilin, are tied to the local tradition, adding a medieval touch to the environment. The space is also highlighted by the works of several artists with whom the Sergio Herman Hospitality Group has worked on previous occasions: the most striking of them is “As Much As You Are Forever Connecting” by Rinus Van De Velde, a monumental charcoal on canvas 3 by 3.60 metres, a metaphor for the creative energy that flows through a restaurant.