Wistèria, the new restaurant named after the wisteria that grows on its enchanting terrace, brings to Venice and to the traditional food scene of the Most Serene Republic, a fresh culinary breeze of innovation. The chef begins with local products and elaborates fresh and original dishes such as Spaghetti cooked in Lambic beer matched to a lobster tartare, smoked rose-scented butter, raw rue and toasted sesame. «This is a dish I fell in love with, with the raw rue that cuts the dish and introduce a balsamic note», explains Simone Selva, the twenty-four-year-old chef who previously worked at Venissa, the Michelin-star restaurant just a few steps from Burano.

After attending a humanities-oriented high school, he got his experience working beside established young chefs such as Andrea Giuseppucci, owner of the restaurant La Gattabuia in Tolentino in the Marche region (which closed after the earthquake in 2016), or Lorenzo Cogo of El Coq in Vicenza, known for what he himself defines as “instinctive cuisine”. At that point he moved on to Venissa, where he met one of the two current owners of Wistèria, then flew to London until the prospect of returning to Venice came up, allowing him to express his ideas more fully. «Venice has a great gourmet tradition that cannot be ignored – says Simone –, represented by dishes such as bigoli in salsa. We are obviously trying to bring our own twist with a style in constant evolution». The results are dishes such as Nori seaweed crackers, marinated anchovies and lemon miso and Eel, smoked ‘boreto’, rhubarb tomato and vermouth. Another dish of which the Wistèria chef is proud and which is also reminiscent of his family’s cooking (he is from the Friuli region), is Glazed tongue with a fricassee of sweetbreads and roasted watermelon cubes, “an opulent taste that is revealed at the end to be light and fresh, thanks to the roasted cube of watermelon that is a good contrast to the tongue and the sweetbreads, giving the dish a sense of freshness». 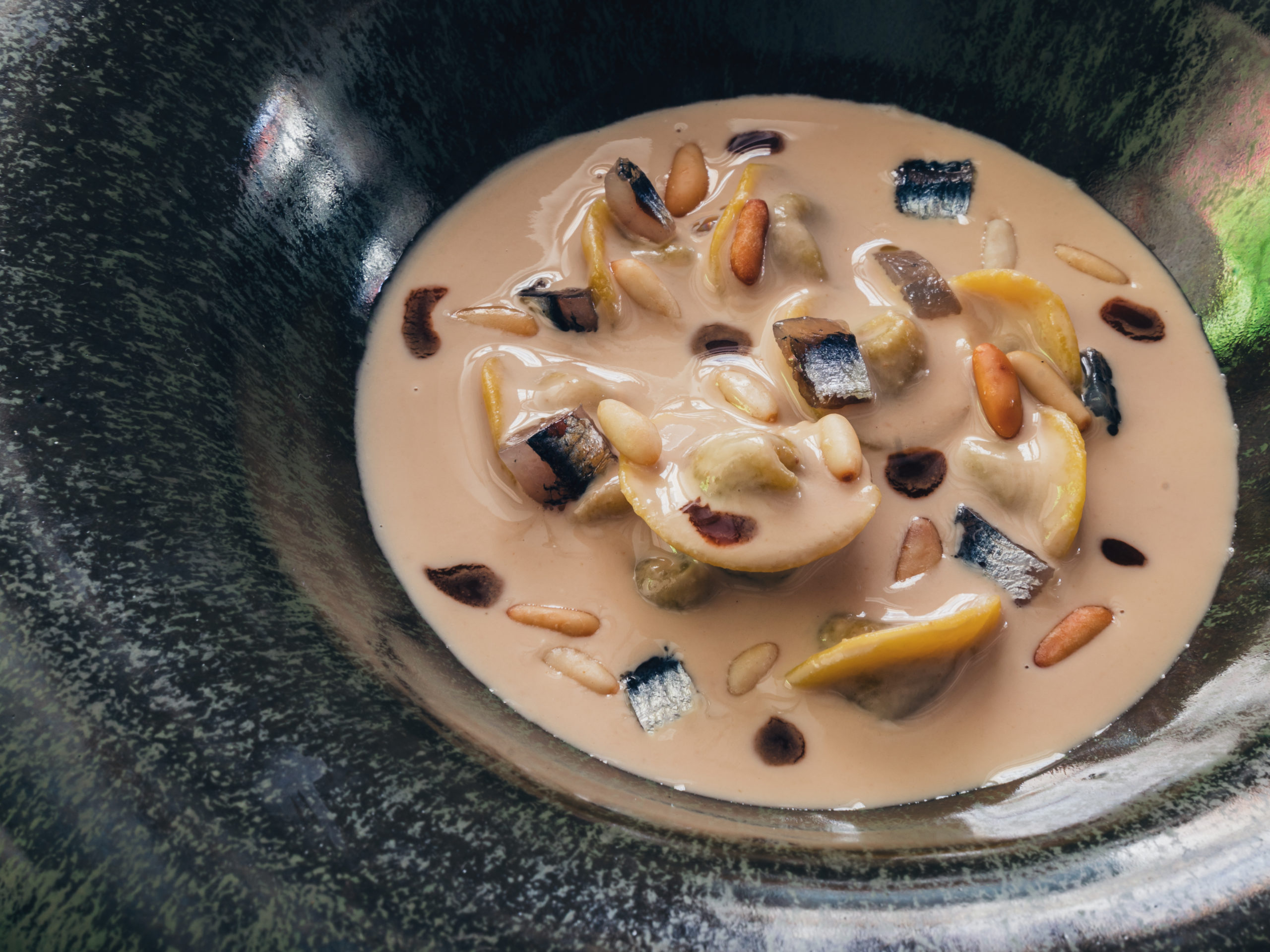 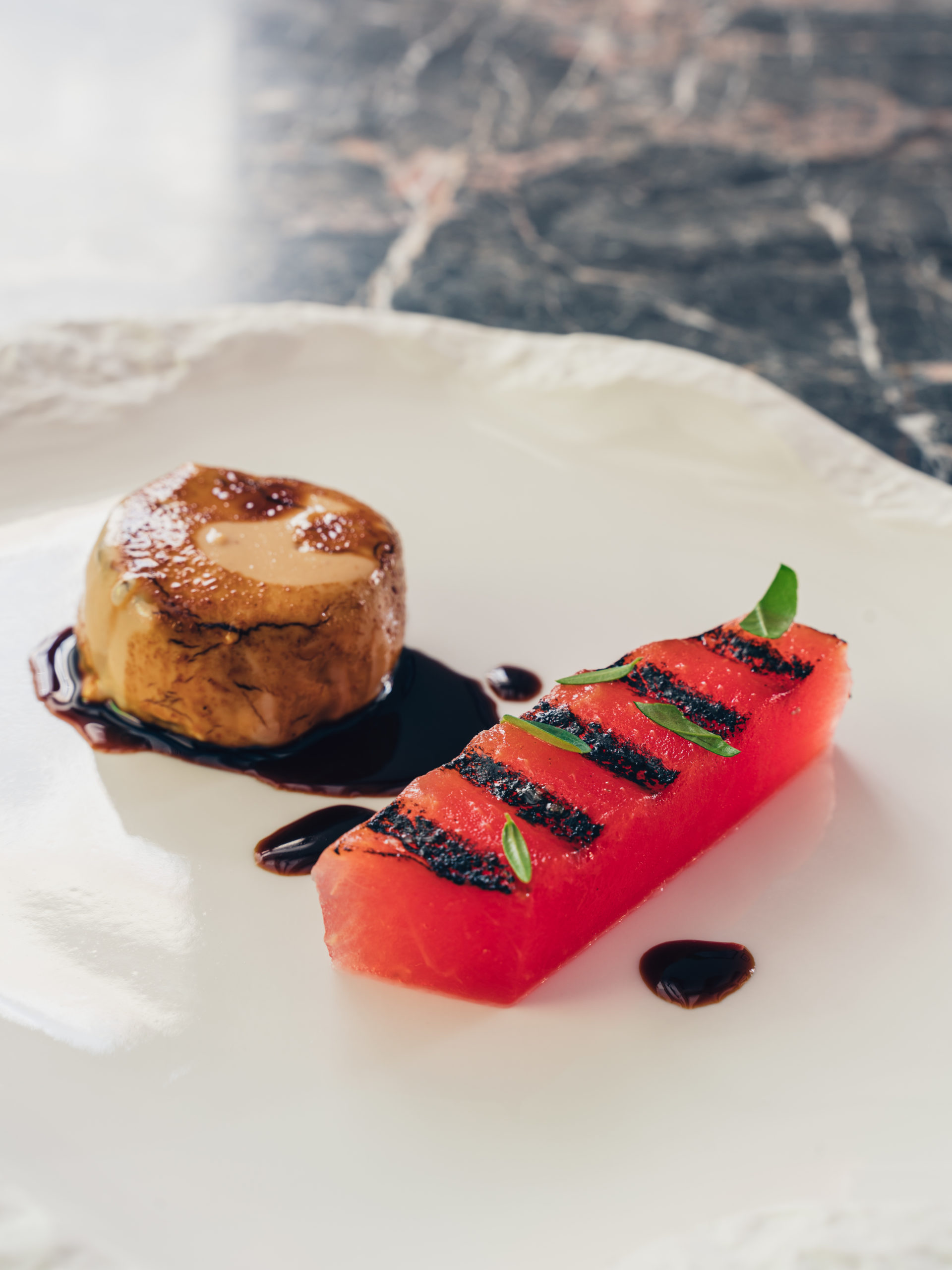 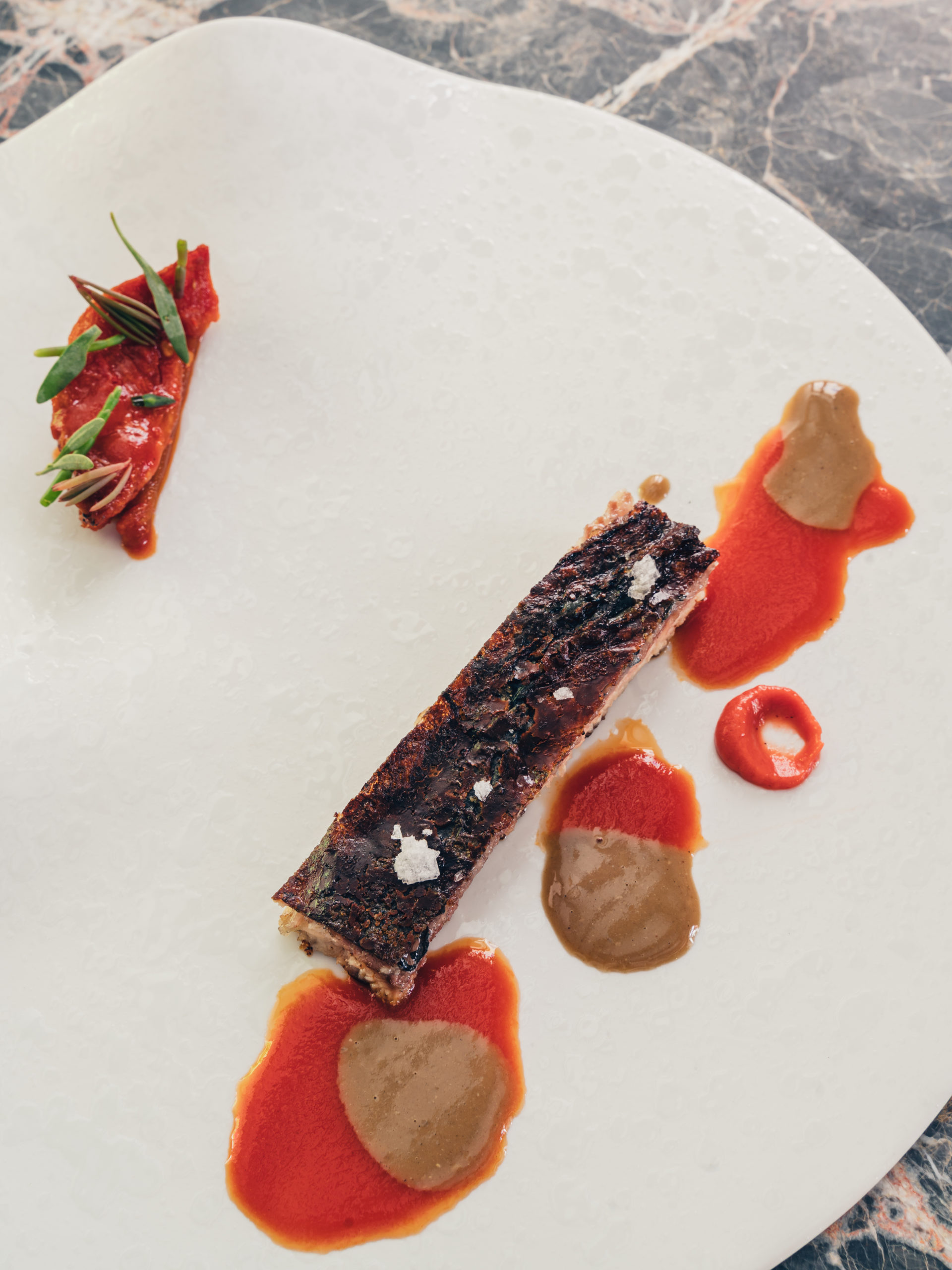 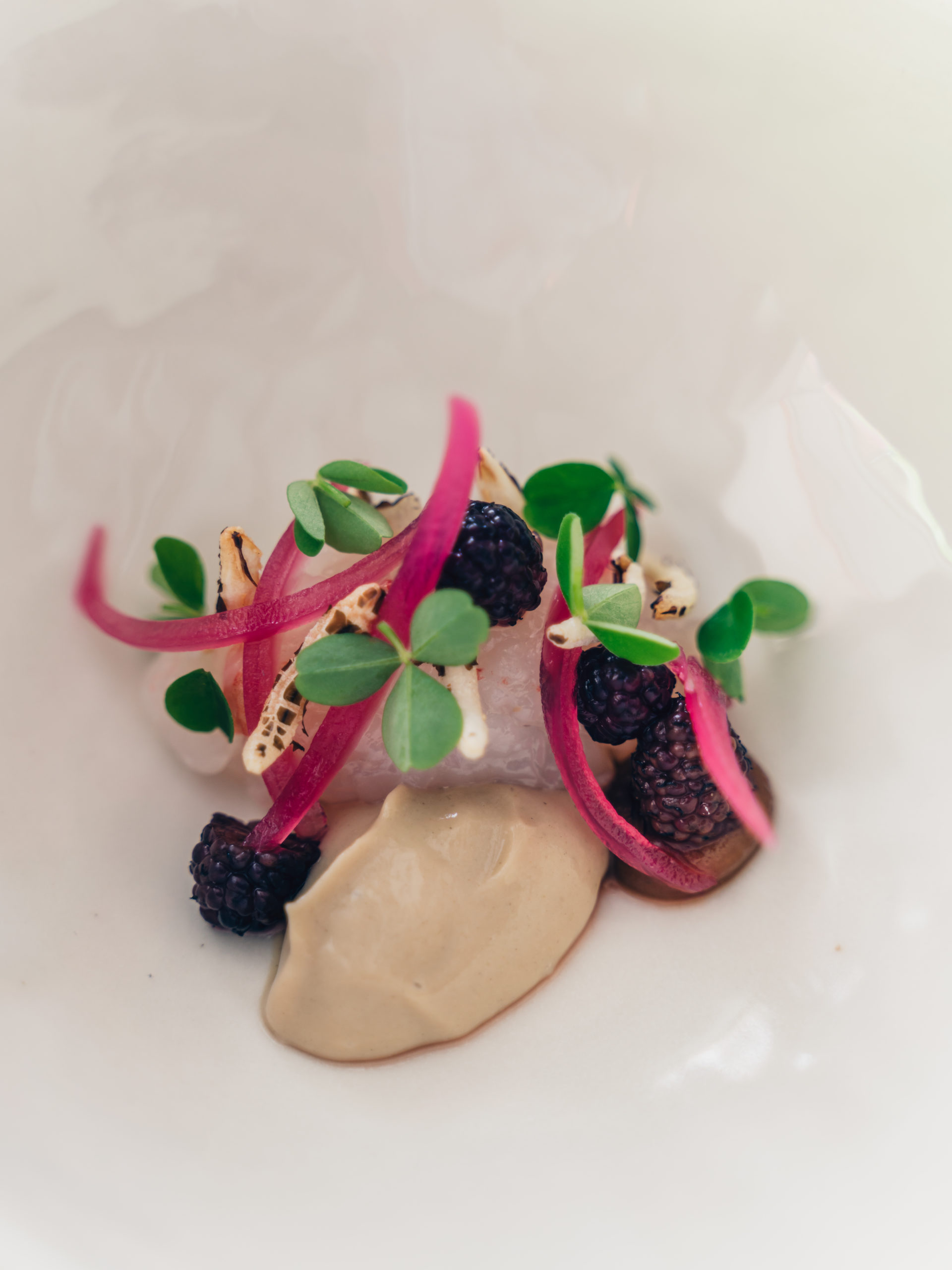 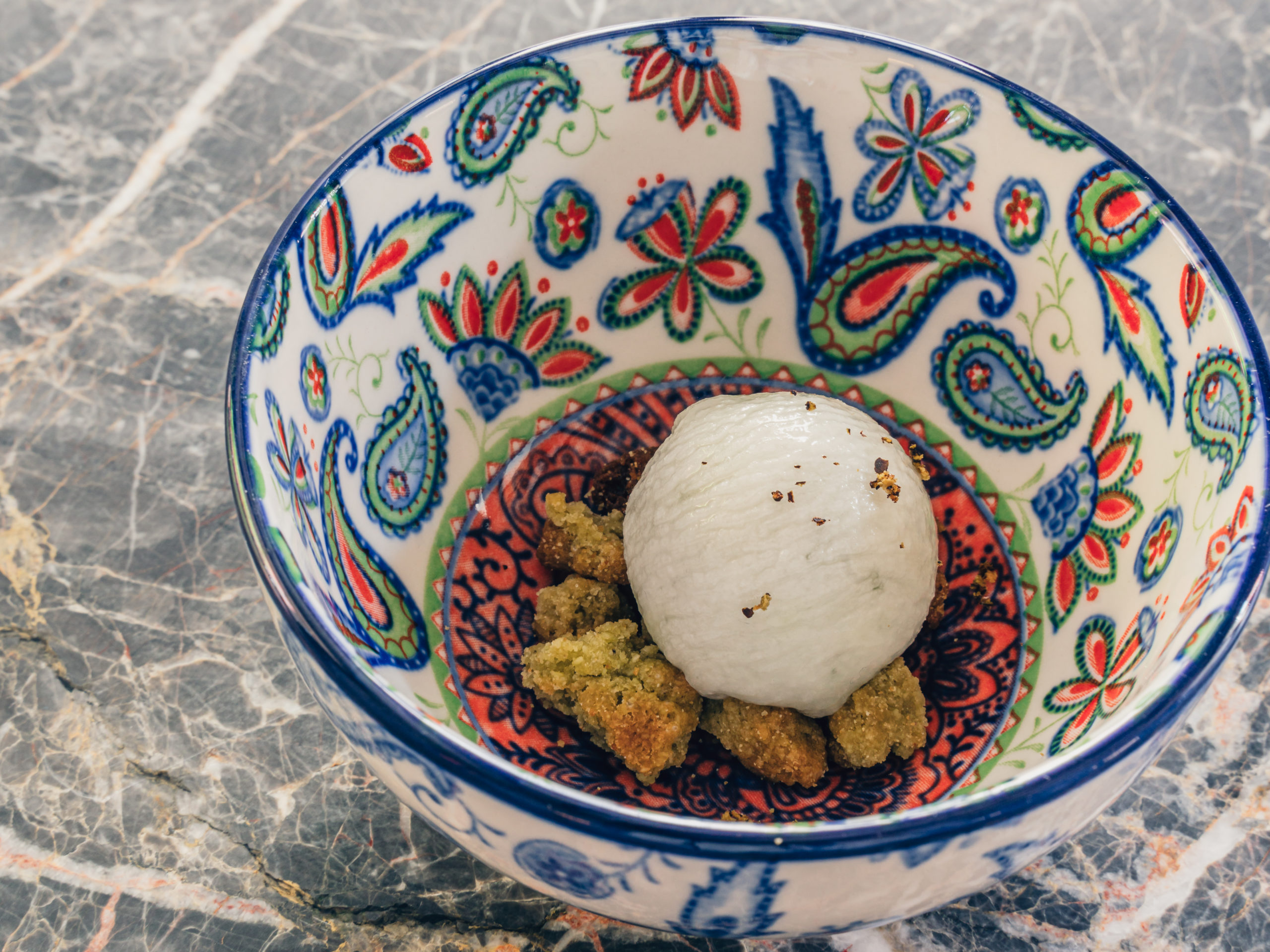 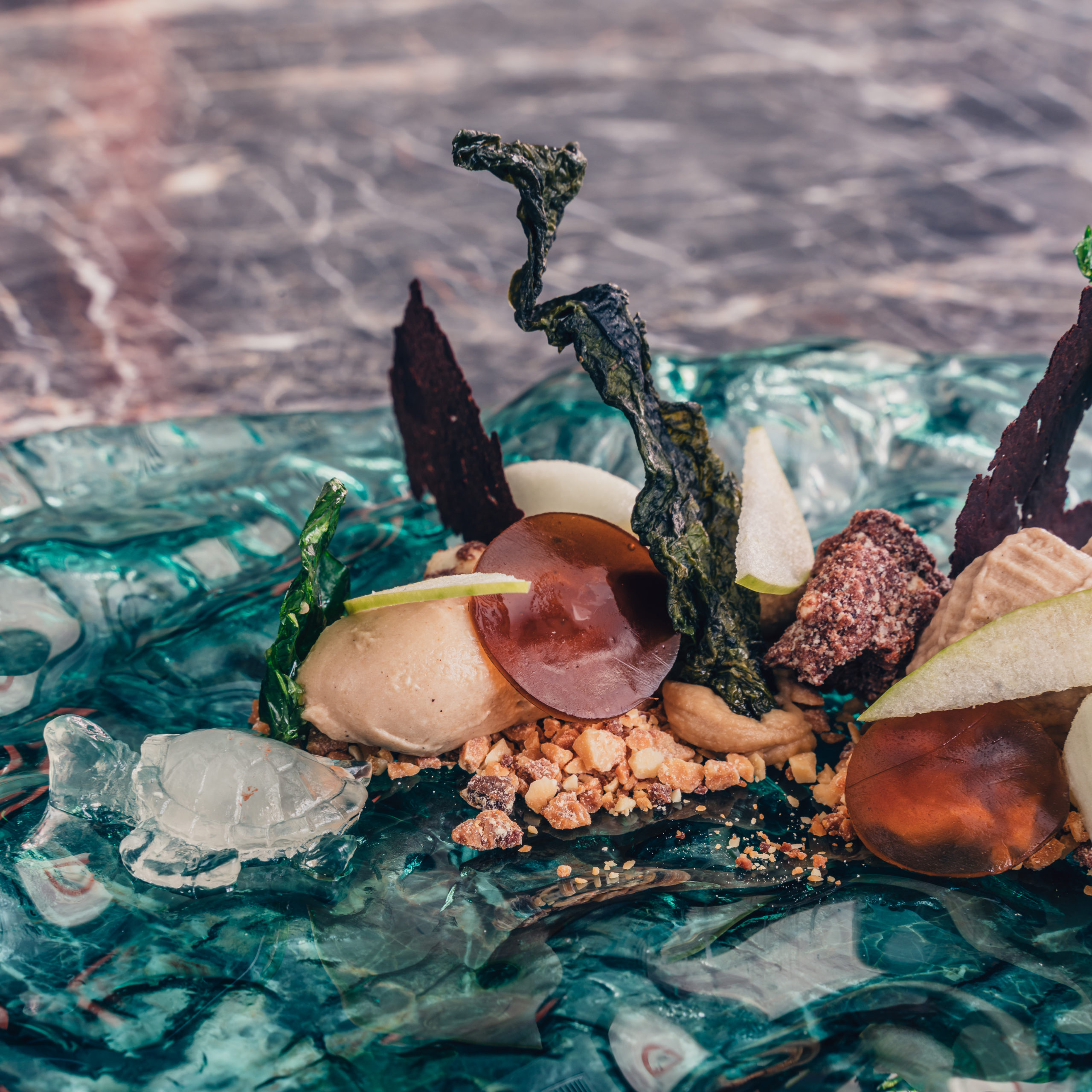 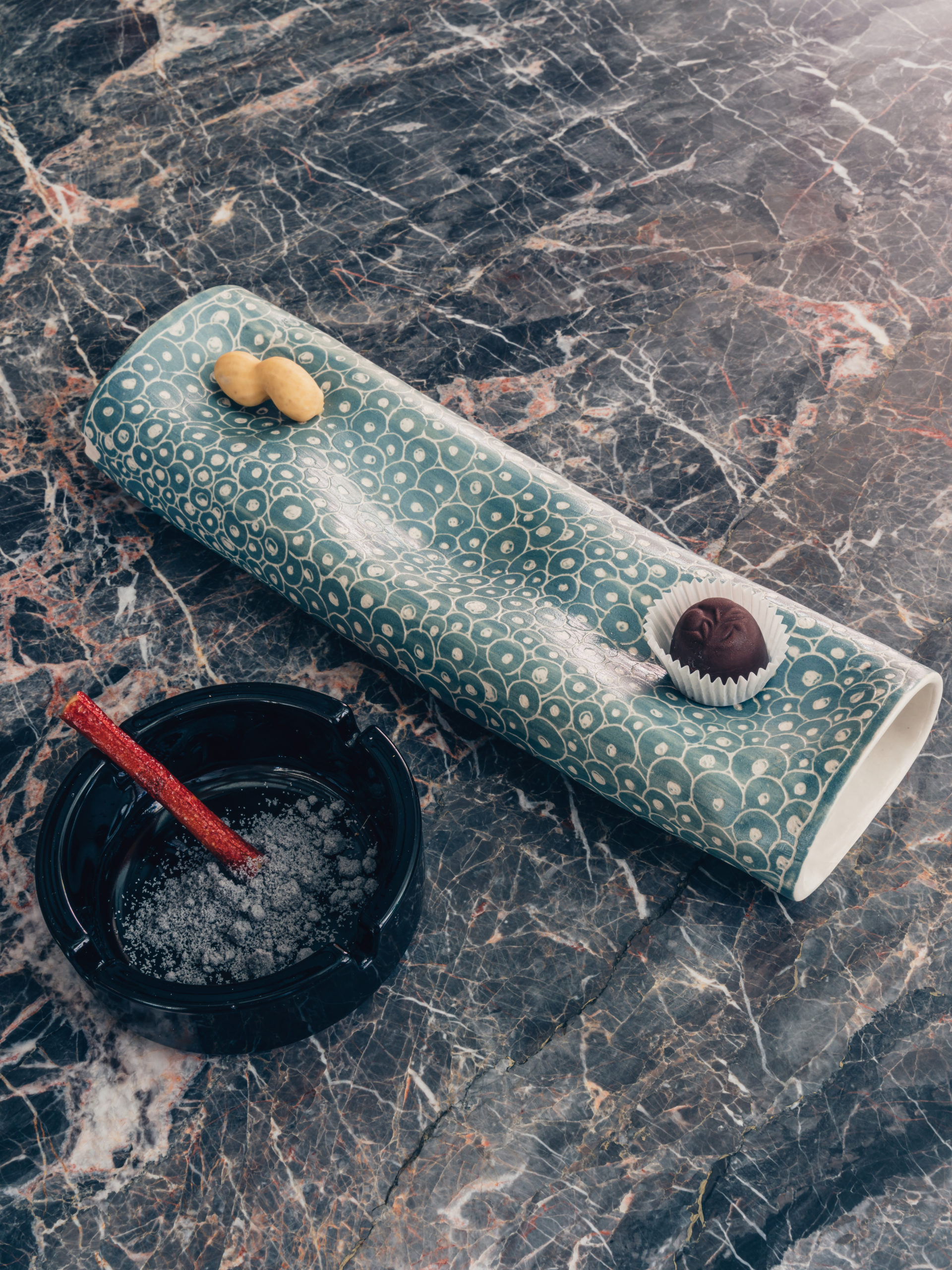 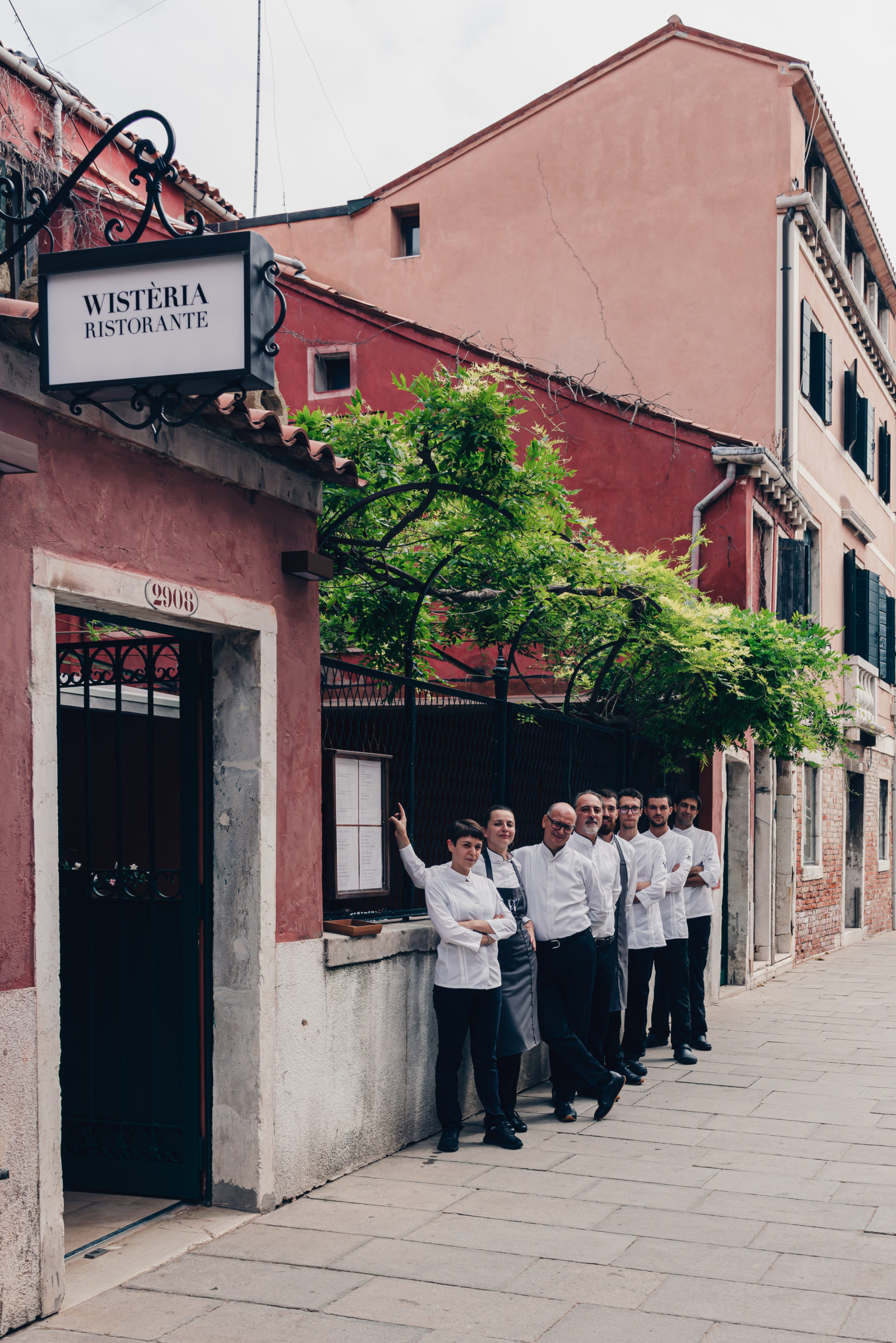 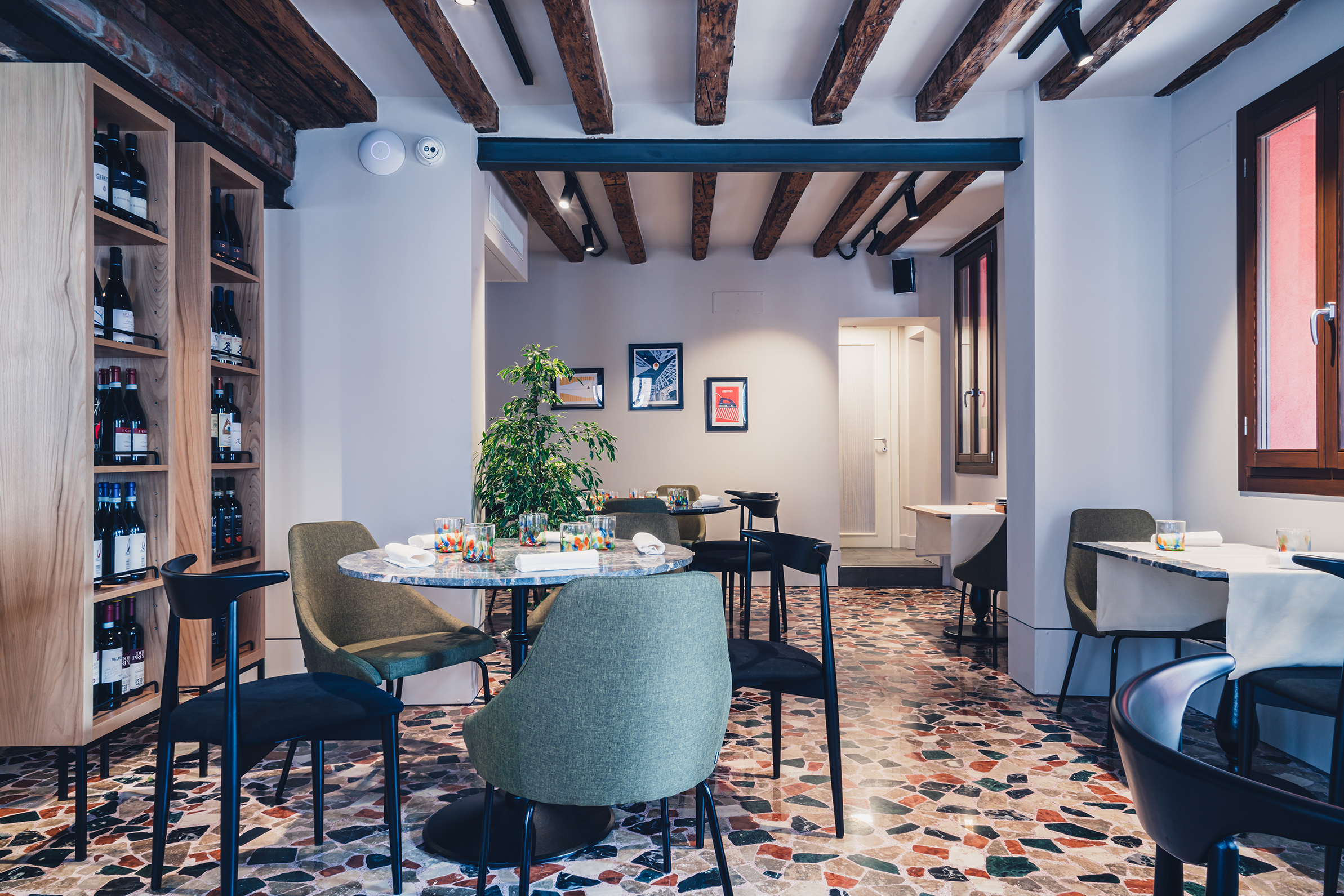 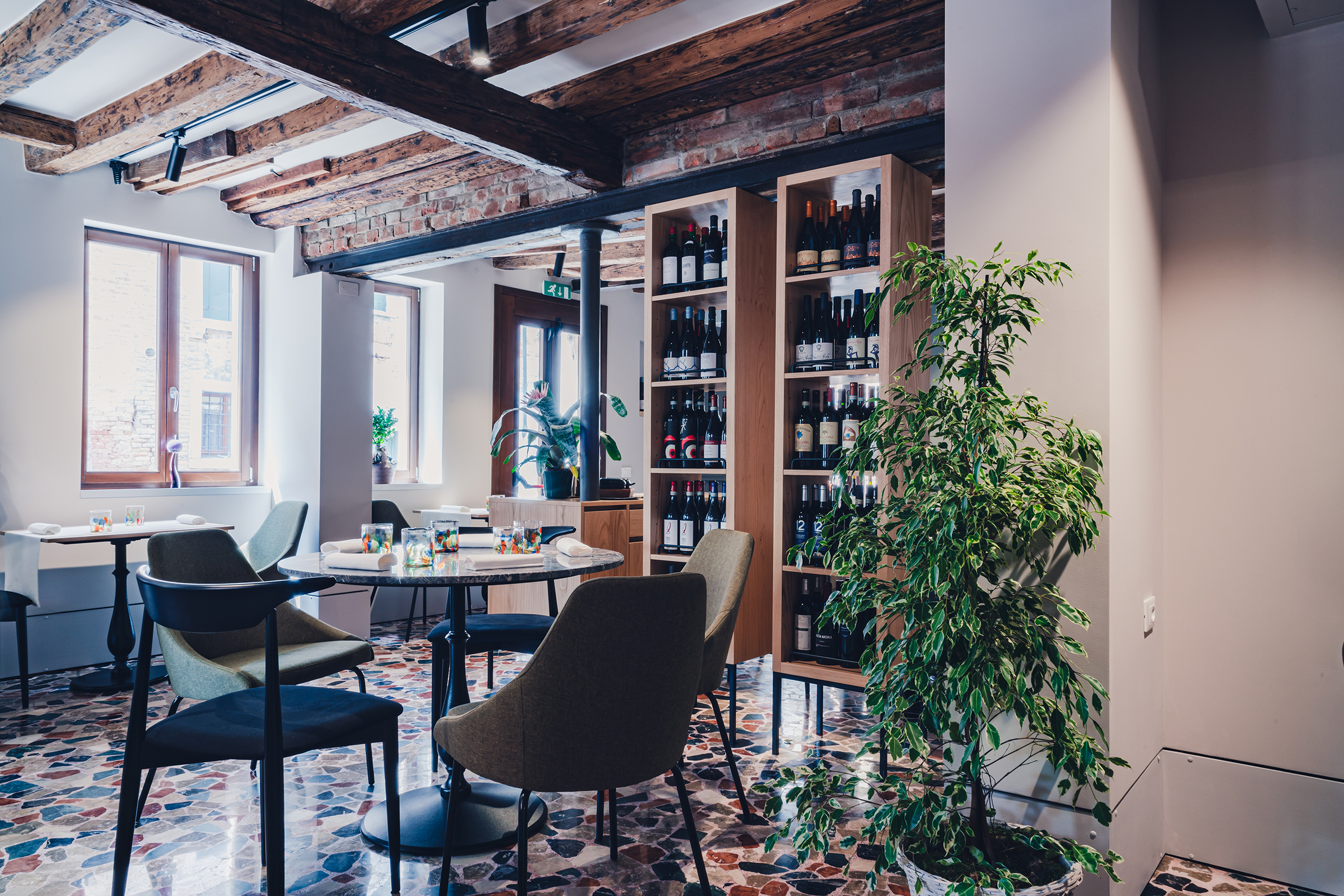 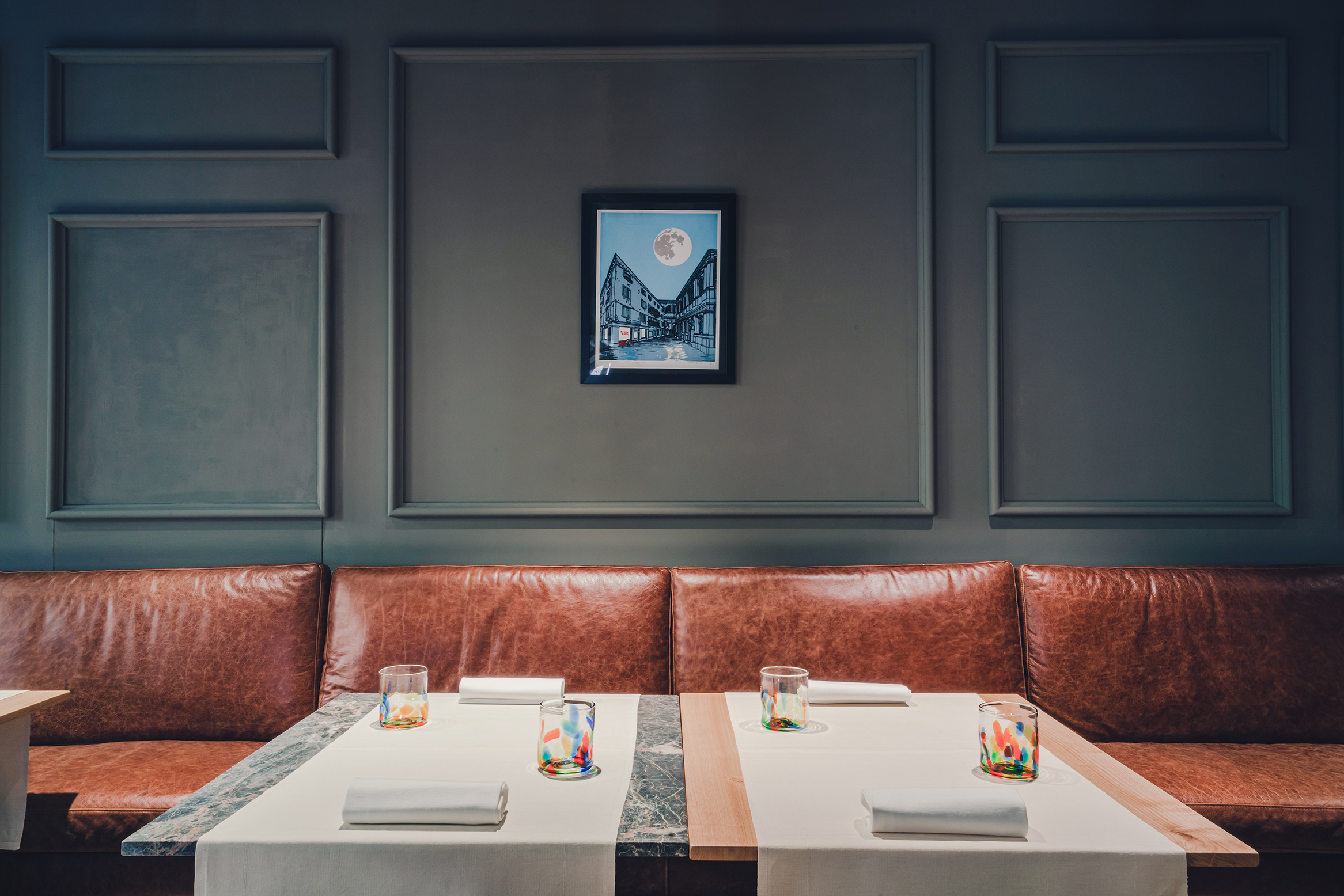 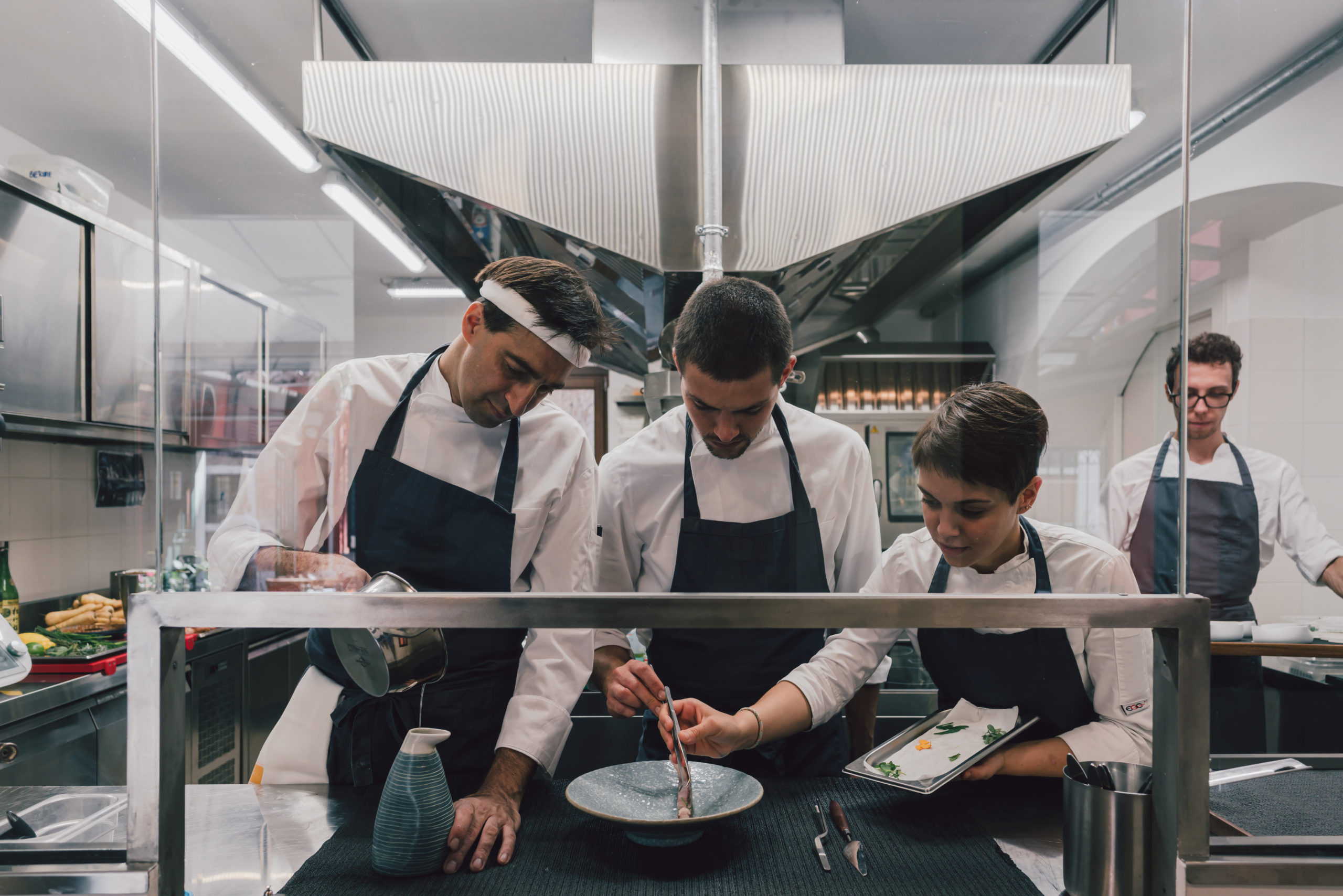 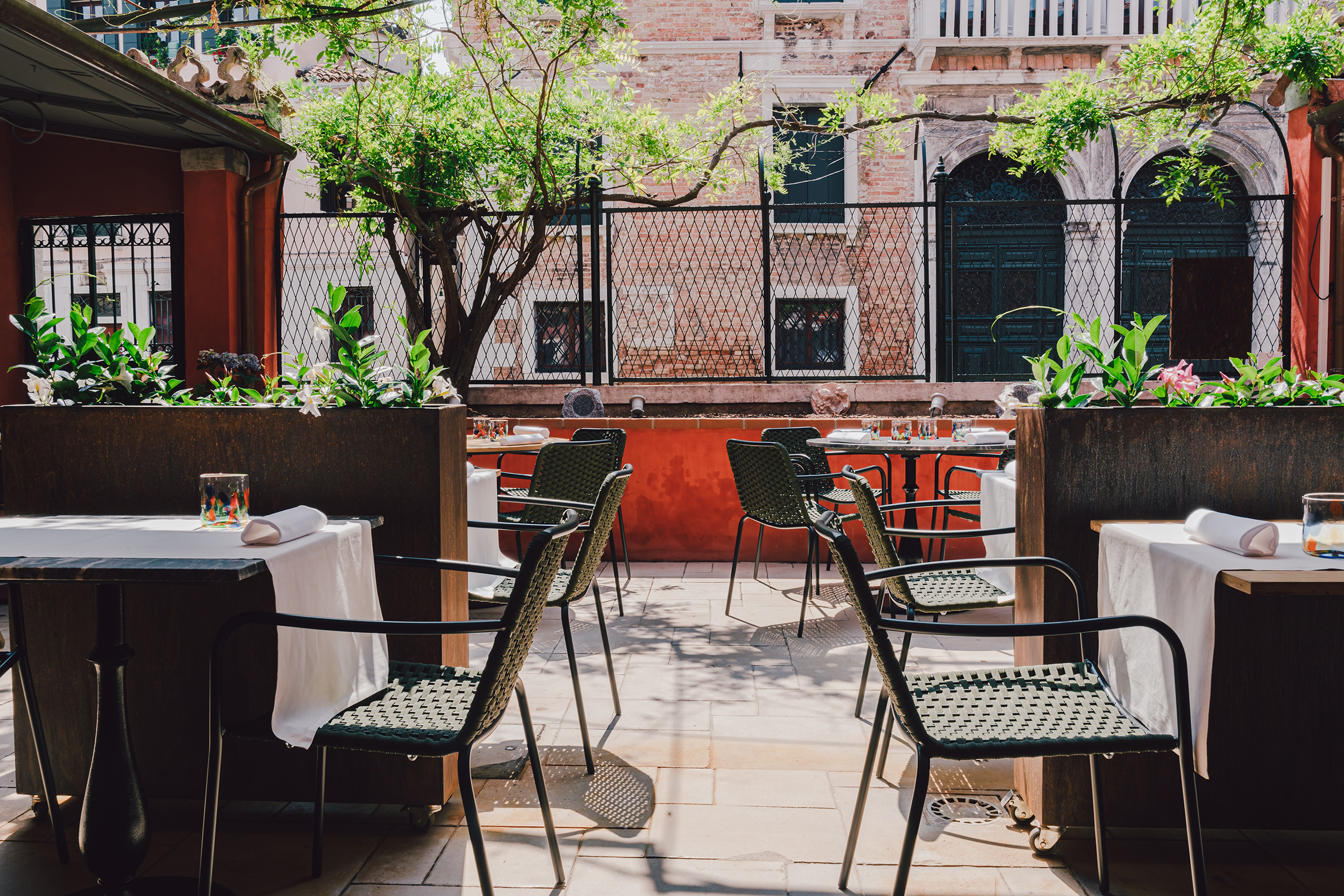 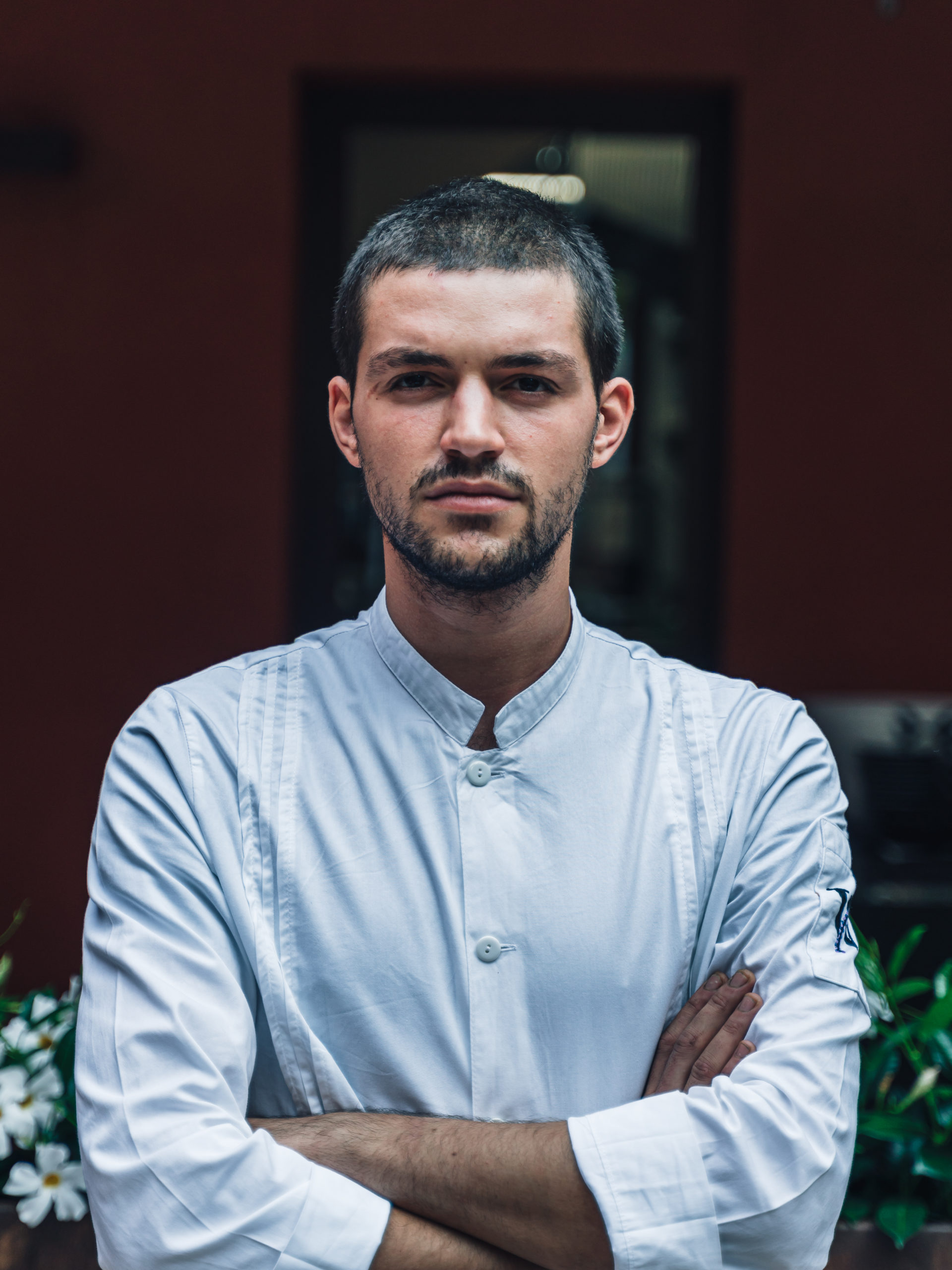 Simone was brought to the kitchen, along with sous-chef Francesca Regaiolo, by Andrea Martin and Massimiliano Rossetti, partners and owners of Wistèria, who chose a location at San Polo for their restaurant. The two are certainly not new to the food & beverage industry. In 1992 Andrea started to work with his mother and father in the family’s bar, a typical Venetian location which also had a pool room. Here he met Massimiliano, with whom he opened a beerhall in 1999, with a small kitchen, an experience which ended in 2006 when their paths temporarily separated. Before they partnered up again, Andrea was the Food & Beverage Manager at Palazzo Grassi for François Pinault and then at Venissa. Whereas Massimiliano continued his experience in bars. Several years later, the two decided to go in for a new adventure together, and and opened Wistèria.

Considering that shortly after it opened, the restaurant was struck first by the disaster of the Acqua Granda flood in 2019, followed by the Covid 19 lockdown, what is Wistèria’s strong point? «Our business model – explains Martin – is rooted in thirty years of experience, reinforced by our overarching understanding of the city in all of its aspects and our study of the medium-to-high end guest who comes to Venice several times a year. We then decided to invest everything in young people: apart from us owners in our fifties, the staff (in the restaurant and in the kitchen) is composed of young men and women who are not much older than twenty. At this precise moment, it is essential to believe in our project more than ever». And everyone in the staff does, including Settimo Cannatella, the independent consultant for Wistèria’s social media communications who, between one interaction and another, offered his opinion about the relationship between tourism and what Venice offers at the commercial level. «Wistèria is a bold project – he explains – because it stands in contrast to the general trend in Venice that tends to put together a mediocre standard product for mass tourism.

It takes courage in this city and the will to risk, not only in economic terms, to propose a cuisine as refined and experimental as this one. If every commercial and tourist business relies on quality, then Venice will have a more highly qualified tourism, otherwise we are destined to die slowly».

For the interiors, the owners turned to architect Paolo Mazzucato of Patavium Design, a company that designs interior solutions for restaurant spaces. The restoration design retained the original characteristics of the interior spaces, such as the exposed beams and crushed stone floors. Importance is given to the dialogue with an atmosphere to which the minimalist choices and the ceramics by OZ Creatures bring an air of freshness, an element that also characterizes the dishes created by the chef. The space and the cuisine are thus harmonious: one introduces the other, offering an experience that brings together design and good food.

Tourism 2020. Summer in Italy as seen by Airbnb and Amazon with Lonely Planet, the opinions of the influencers