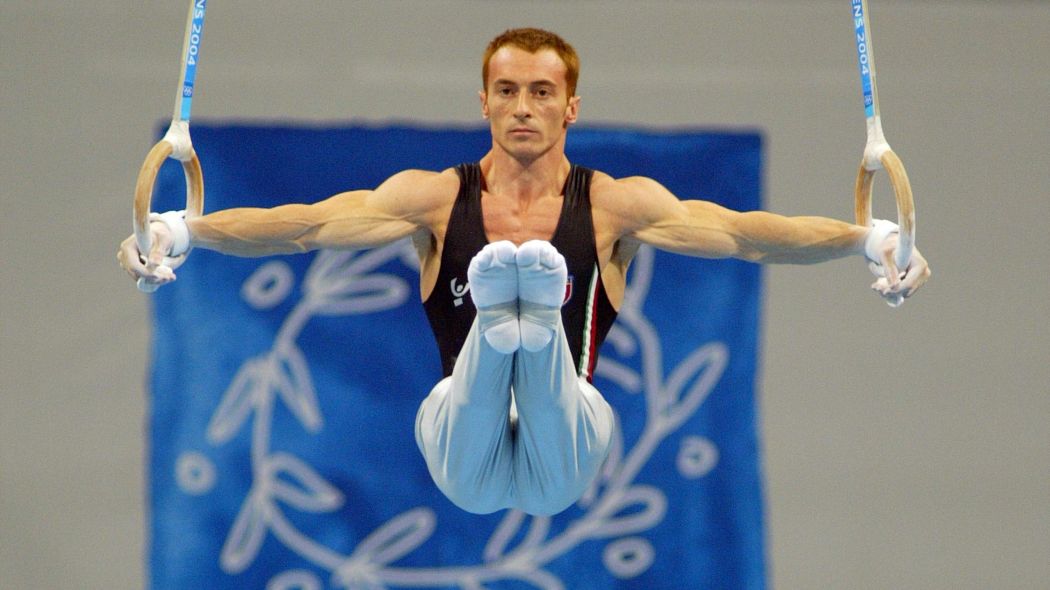 A public auction will be held Sunday March 24th at 11 am to sell the medals and trophies won by the Olympic gymnastics champion Juri Chechi. The proceeds from the sale of about 150 trophies won by the “Lord of the Rings”, each at the symbolic price of 19,96 euro referring to the numbers of the year he won the gold medal at the Summer Olympics in Atlanta, will go to the gym where Chechi first built his confidence at the parallel bars and vault, and where he learned his first giants. The Etruria in Prato requires significant maintenance work, and to fund the new electrical system, the gymnast offered his trophies, with the exception of his Olympic and world championship trophies. The idea seems to have been inspired in part by the monumental installation titled Triumph by Aleksandra Mir, on exhibit in Italy for the first time at the Luigi Pecci Centre for Contemporary Art in Prato.

Completed in 2009, it is made of 2529 cups, dating back to the 1940s and later, collected by the artist in the course of a year in and around Palermo, thanks to an announcement published in “Il Giornale di Sicilia”: five euro in exchange for each trophy.

A giant representation of the transitory nature of success, and as the press release to present the exhibition reads, «the need for every human being, at a certain point in his life, to come to terms with the past abandoning the illusion of eternal life».
Piles of inert metal, plastic and marble, echoes of sweat and exertion, applause and celebration reflected on the polished surfaces previously shown at the Schirn Kunsthalle in Frankfurt in 2009 and at the South London Gallery in London in 2012. 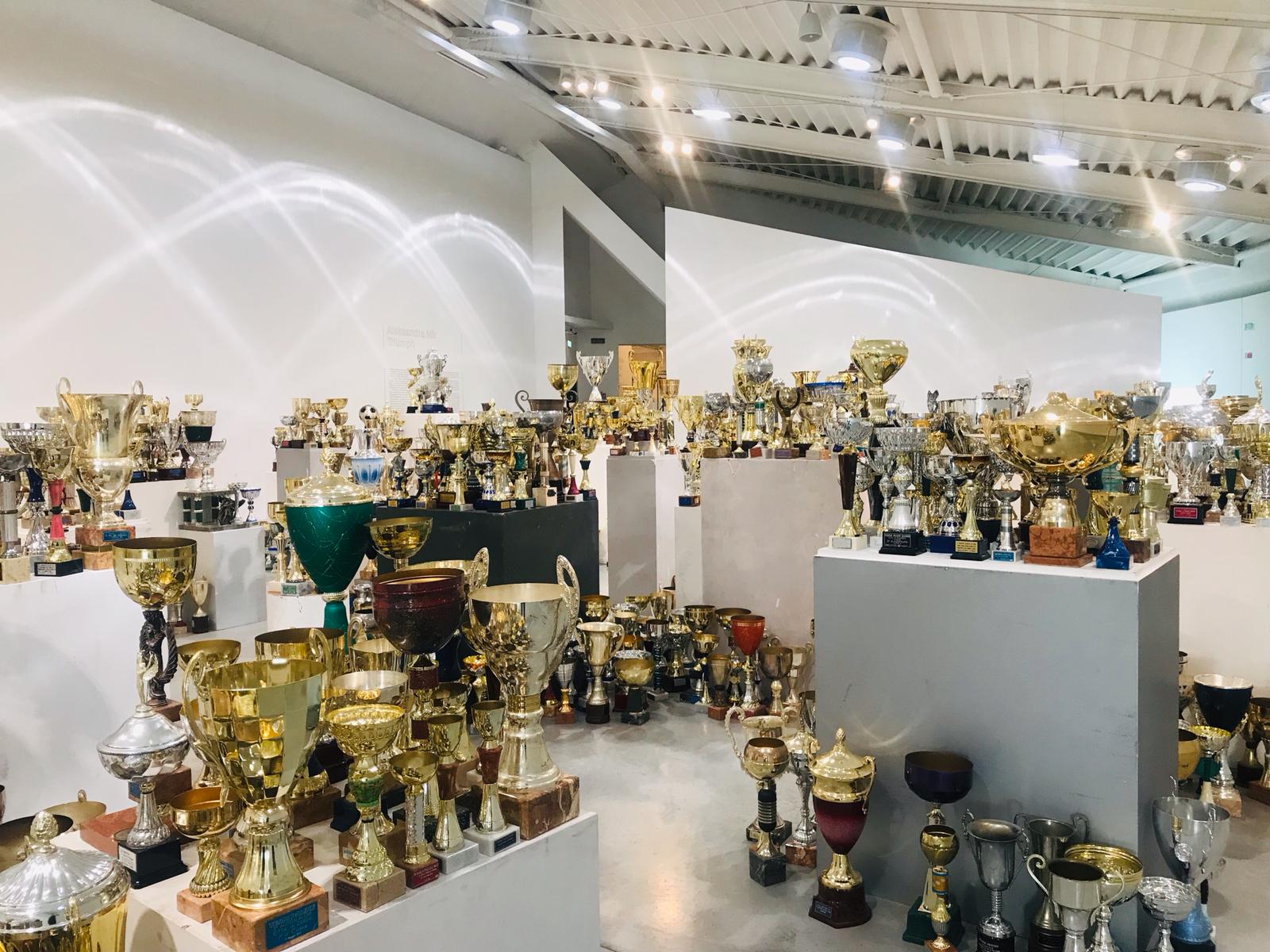 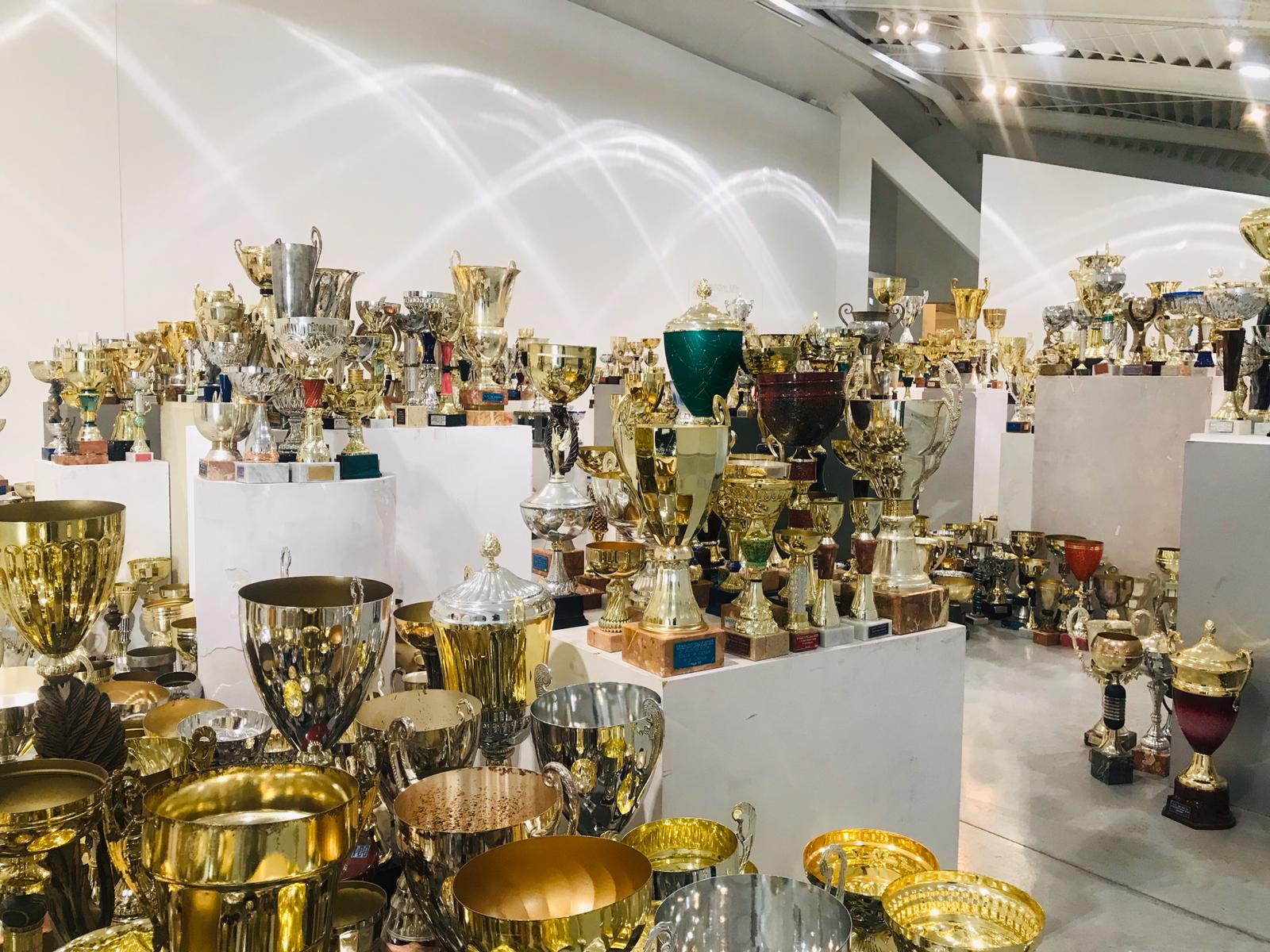 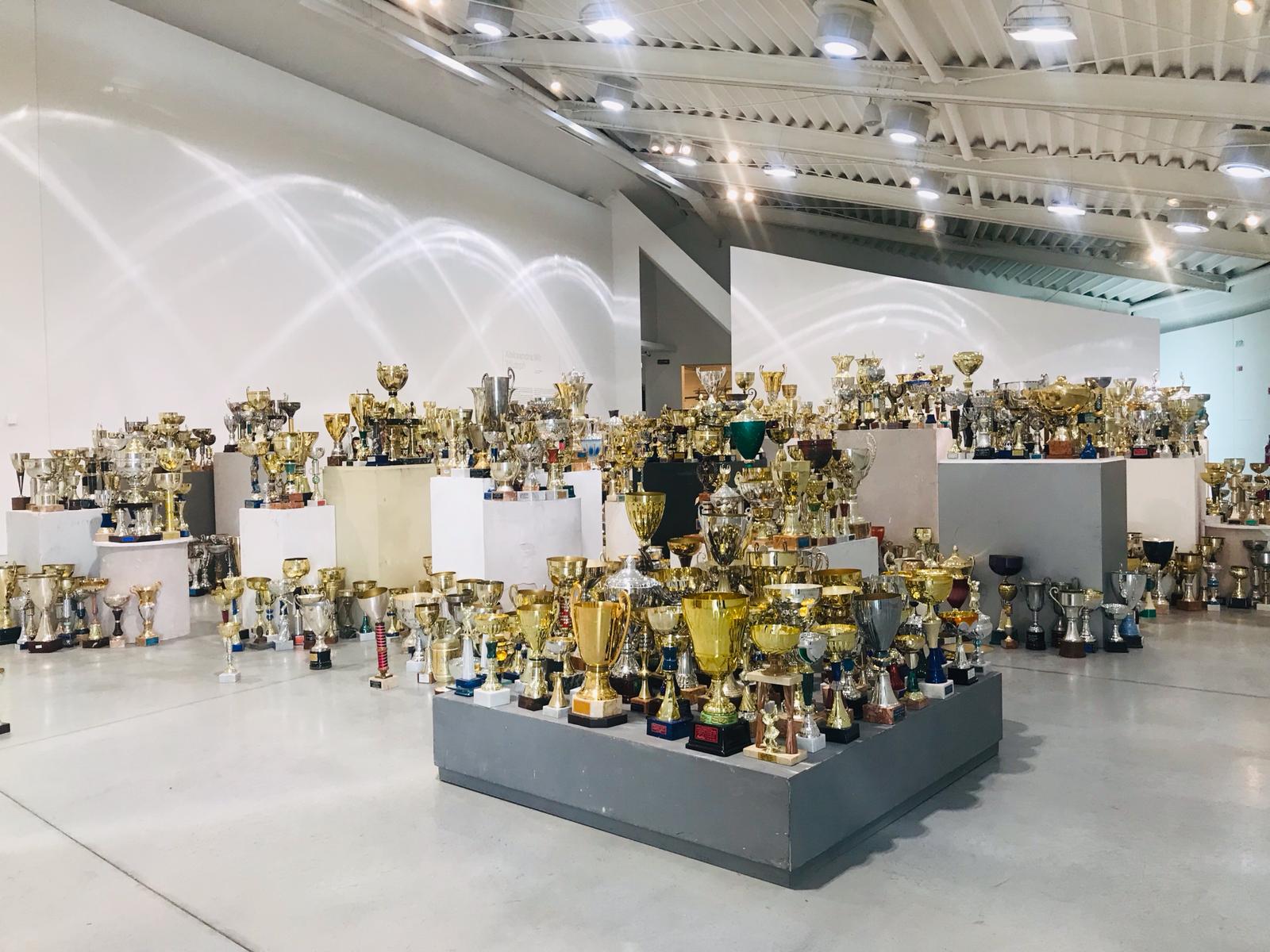 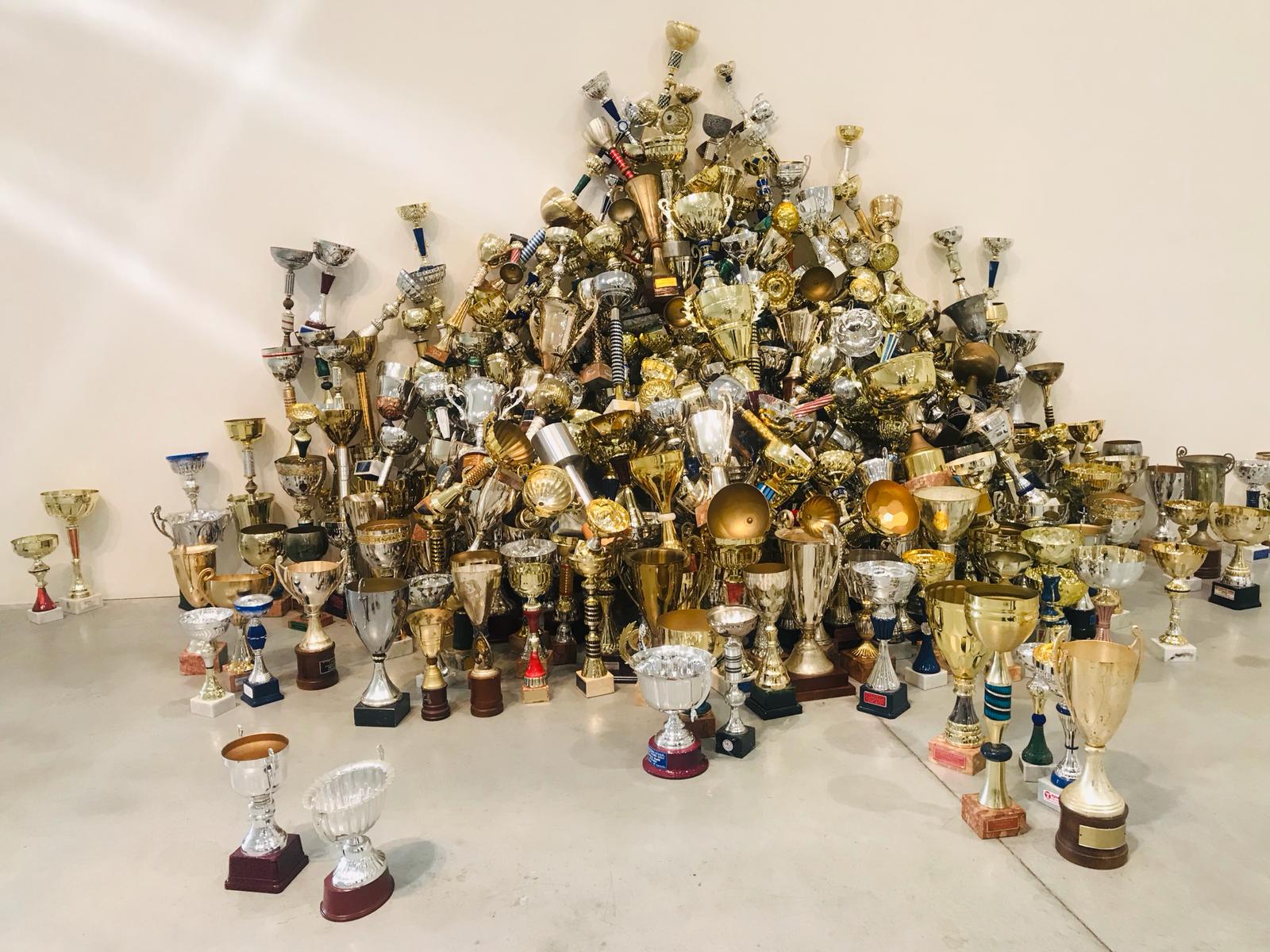 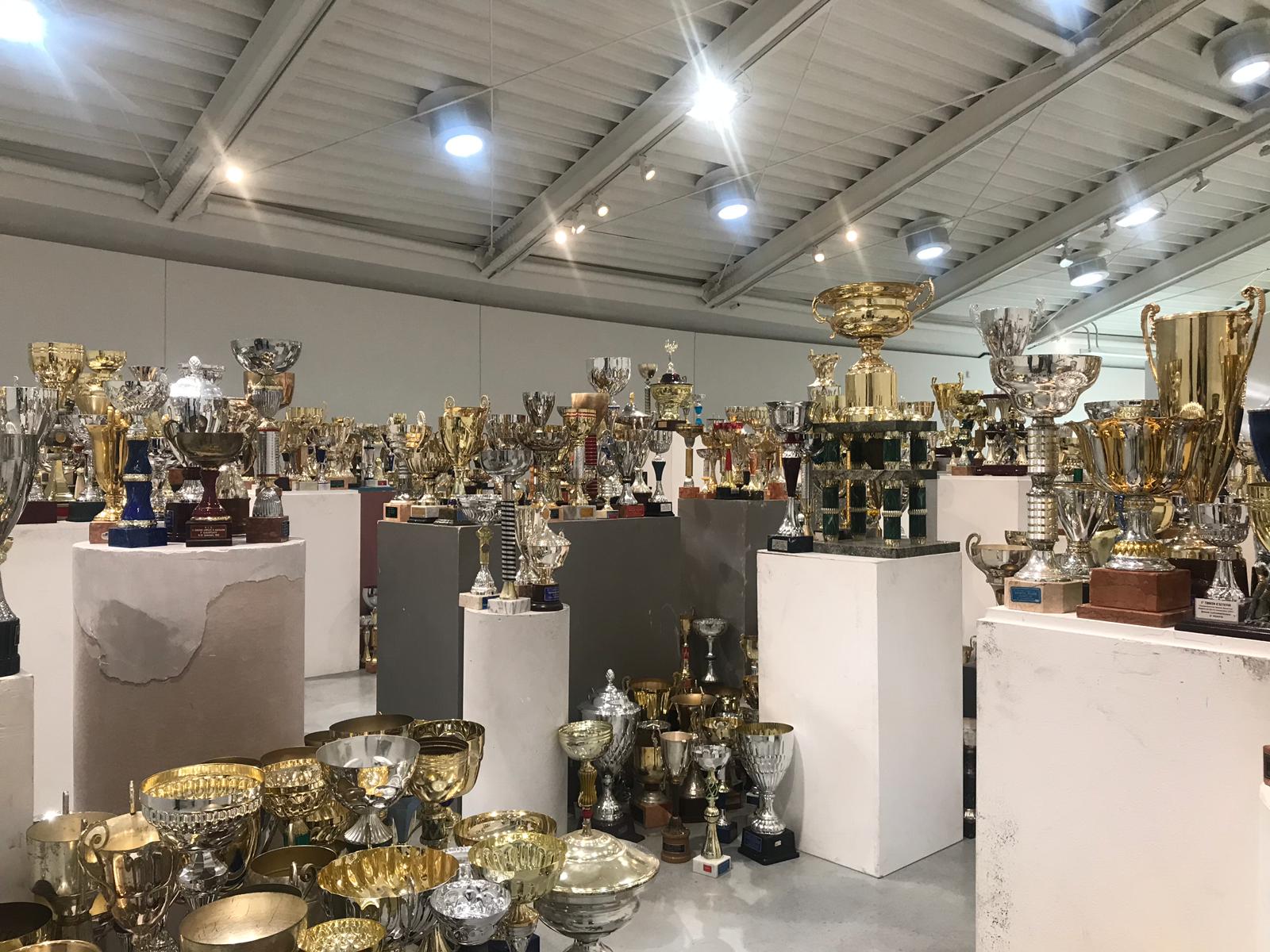 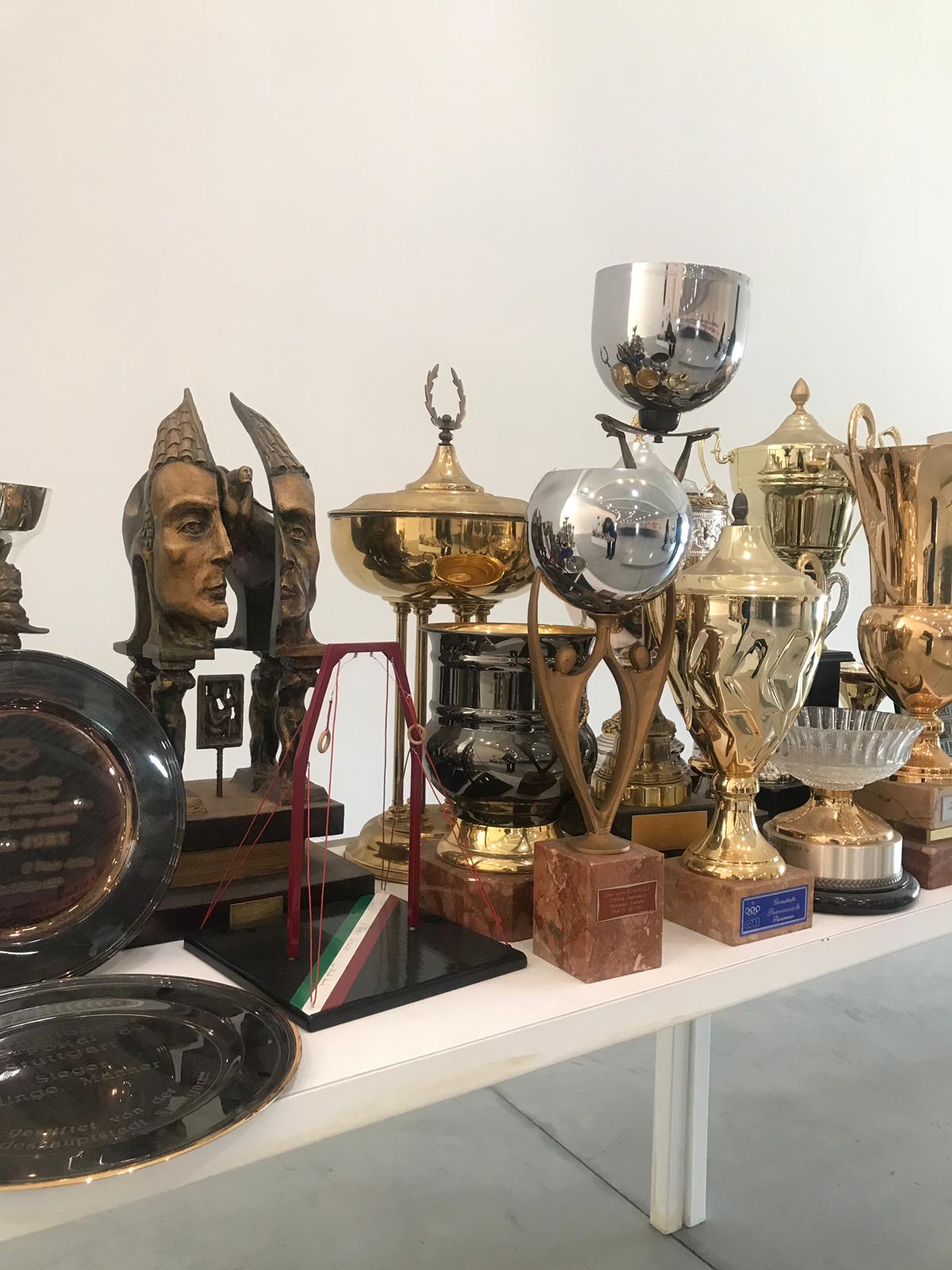 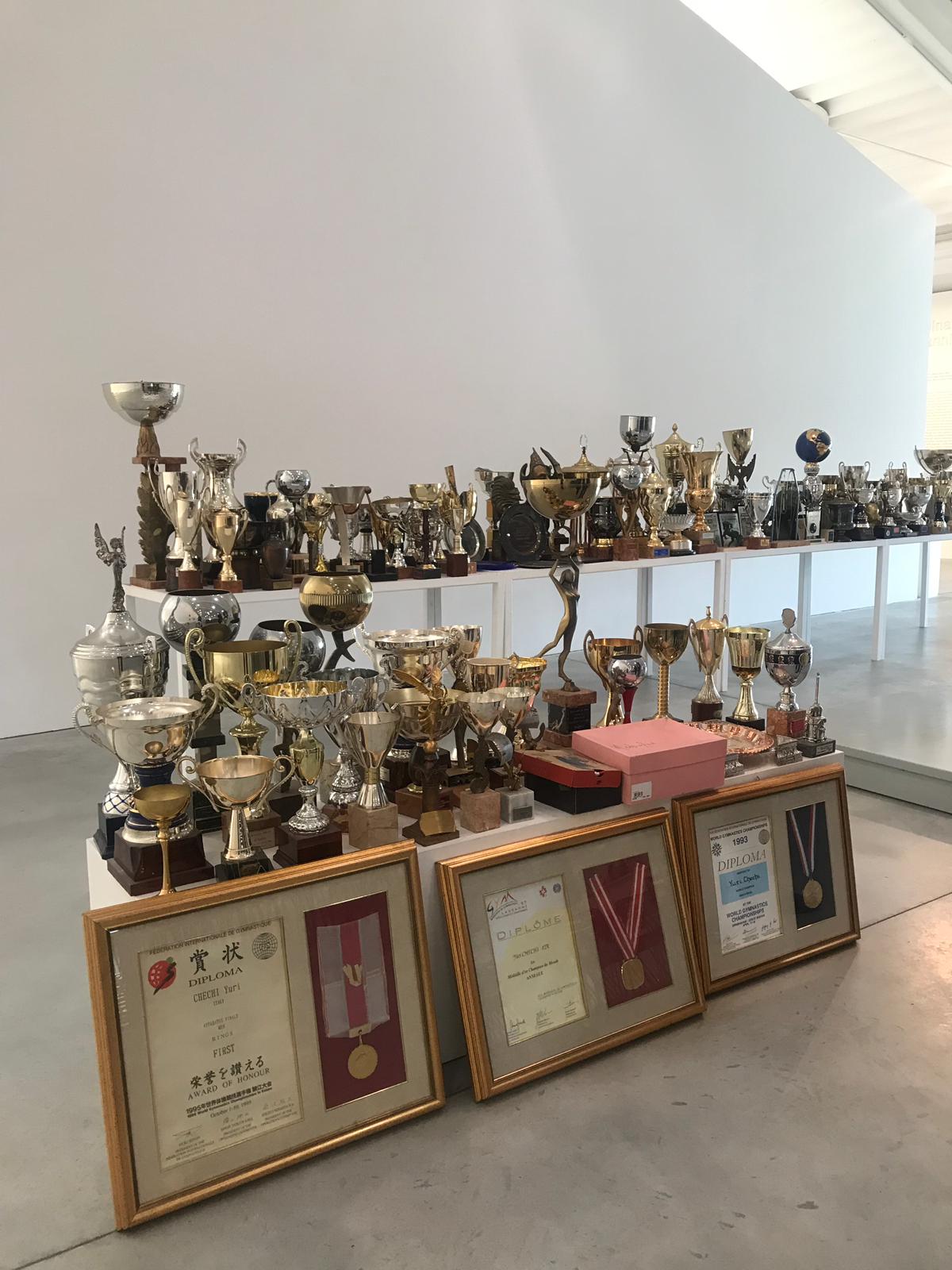 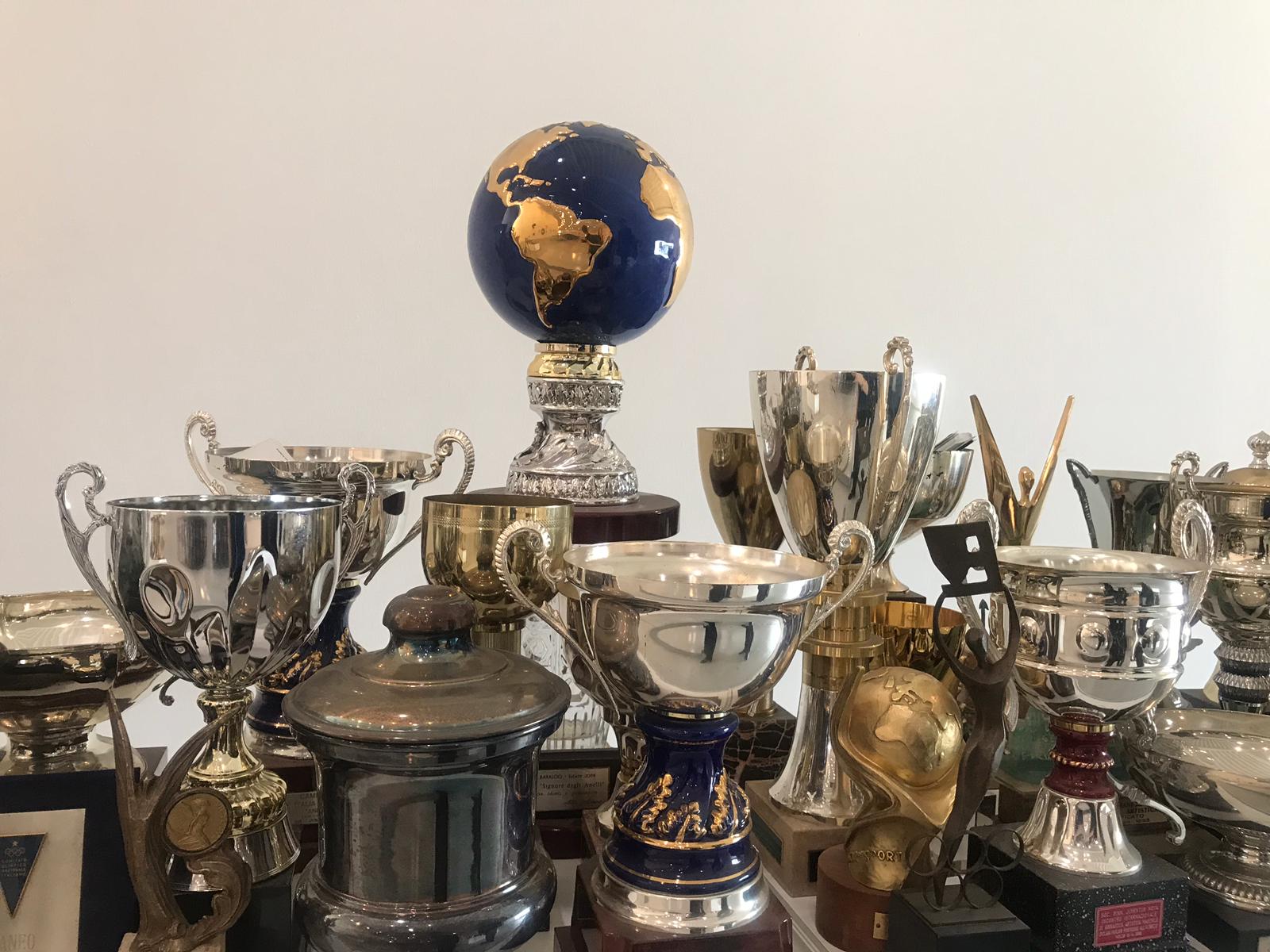 The value of each trophy is tied to the moment it records, not its intrinsic value. This will be demonstrated by the event at the Pecci museum in Prato next Sunday. Juri Chechi will speak as part of the series MyTriumph. Victories, defeats and other stories, in a dialogue with writer Tommaso Giagni: he will present the cups and medals to the public telling the story of his success (and sacrifices) to explore the very meaning of the word “triumph”. Also up for auction will be the first cup won by the gymnast in the 1976 regional championships, which bears the tag Società Ginnastica Etruria. The Lord of the Rings has already said that that is one he will keep.